March 2011 - After Victoria Falls it all started to wind down. We returned to Kasane in Botswana to purchase a return flight to Maun where we would once again hop into Sparky and make our way back to Johannesburg. We loitered a couple extra nights in Kasane so we could relax in the lap of luxury at an upmarket hotel for a spell. It was swell.

Once back in Johannesburg we procured lodging close to the airport for the sake of expediency. We spent a few days tying up some loose ends to include giving Sparky a bath and purchasing airfare. While waiting at the car wash for our car to be cleaned the owner struck up a conversation dripping with racism. The country is overrun with them. We used to play in the streets as kids until they took over. You can't trust any of them. In lieu of getting murdered she and her family are headed to Botswana. Alrighty. We just met this woman. I cannot quite explain why she felt so comfortable bearing her soul to complete strangers. This was not the first instance of such behavior. I guess people have no problem sharing as we are all clearly on the same 'team'.

We left most of our gear at the bed & breakfast in hopes that someone would find a use for our stuff (dinnerware, cooler, gas stove, etc.). Someone was either really excited or really irritated by the yard sale we left behind. We packed up Sparky for the last time and headed to the Avis airport office for what we thought might be a struggle of epic proportions. Over the course of two months we'd involved three separate Avis offices in our shenanigans and switched vehicles in the process. Too much paperwork. Too many employees involved. Too much confusion. And since we'd exceeded our allowable kilometers we were prepared to take it right in the stinker. Much to our surprise the return went smoothly and although we did have some overage payments in the end the representative with which we dealt was courteous, competent, and reasonable. She even waived a few of the charges in light of our constant struggle with Avis over the course of our journey. Ahhhh....refreshing.


Parting is such sweet sorrow but it was time for Leslie and I to go our separate ways. She was needed at home and was making the obnoxiously long journey from Johannesburg to Portland, Oregon. We thought we would rendezvous in Abu Dhabi but, unfortunately, Leslie misread her itinerary and confused Abu Dhabi with Dubai. Our goodbye was less sentimental than it otherwise would have been but maybe that is for the best. Long goodbyes are a real downer. Leslie to Oregon. Richie to Turkey. 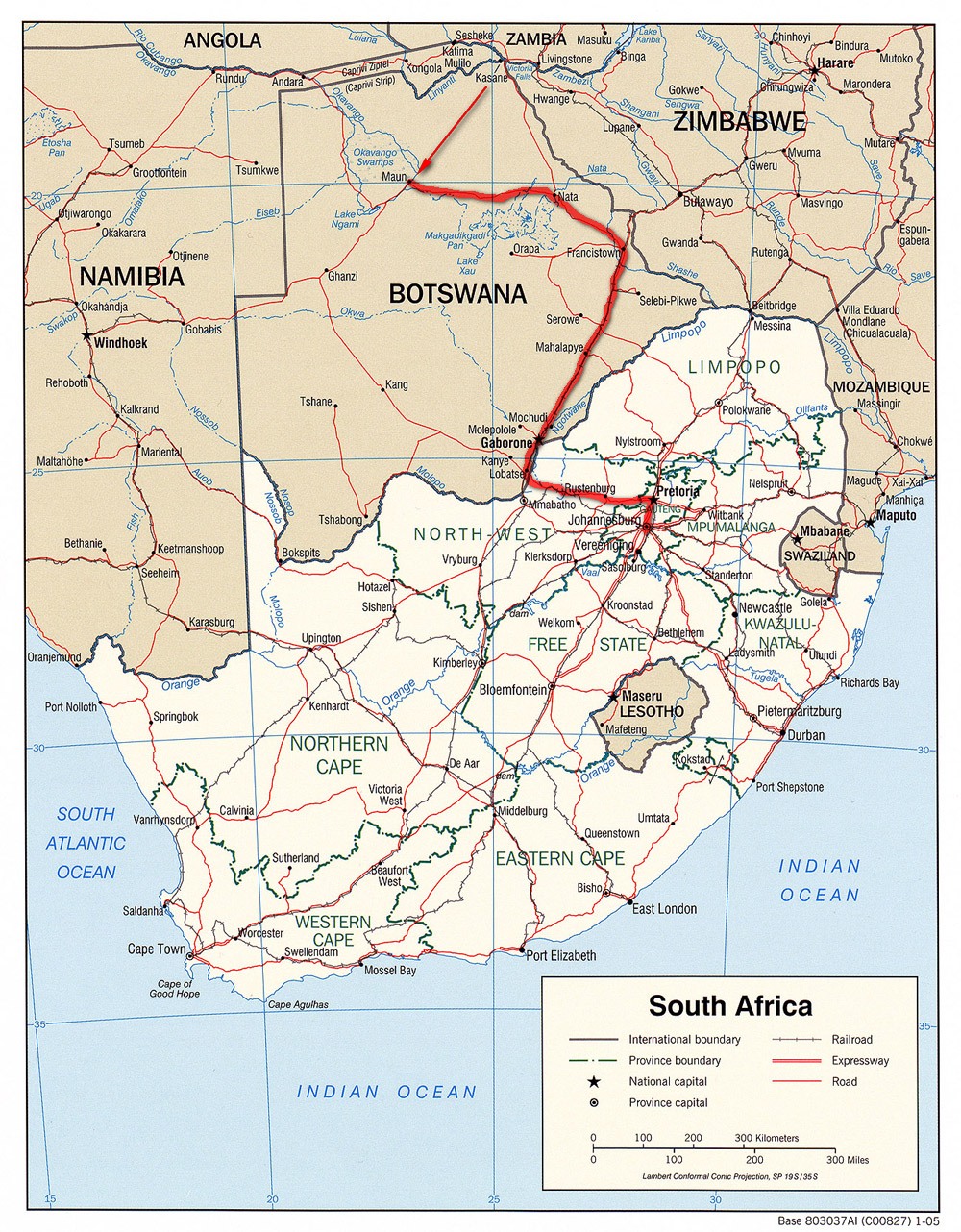 I arrived in Istanbul with intentions you might not readily guess. I felt a full medical and dental examination was in order. It had been over two years since my last tune up so I was overdue. Why Turkey? Good question. Let’s start with money. No job. No house. No car. No insurance (at least none that covers preventive costs).   So rather than head home and be forced to sell a kidney to receive a thorough examination I decided to think global.

Medical tourism is expanding at an exponential pace. You don’t need a medical degree to figure out why. You only need to calculate the average medical costs of, well, anything in places like the good ole US of A. I suppose I could quote statistics and provide links but we all know the deal (and by ‘all’ I mean anyone that has any knowledge whatsoever of the American medical system). So, many people look elsewhere in places like India, Thailand, and Turkey. I chose Turkey. Gobble, gobble.

Initially, I was going to head to India because I’d read that the hospitals catering to foreign folk were top notch. Plus, I wanted one more opportunity to track down Tony the Tiger. However, this would have entailed me going to the Indian Embassy in Johannesburg and waiting five days or longer to receive a visa. That coupled with their exorbitant fee was entirely too much ass pain for me.

Turkey, on the other hand, has but a $20 visa-on-arrival standing in the way. Not a good reason to head there for medical treatment but a good start. As it turns out Istanbul has some fine hospitals, many of which are affiliated with American medical institutions. Two that crossed my radar are Anadolu Medical Center (Johns Hopkins) and Acibadem Health Group (Harvard Medical International). I contacted Anadolu first but they neglected to return my call. Do they have any idea who I am? I’ve got shit in the hopper and certainly no time to be waiting around. Acibadem, on the other hand, responded promptly. I spoke with them on a Monday and they were ready to schedule an appointment for the next day (I gave myself an extra day to prepare).

On Wednesday I went in for my check up. The hospital I was directed to happened to be the newest member of their group, Acibadem Fulya. (Yes, they have a Facebook page. Why wouldn’t they?) It has only been operating for six months and as a result everything is brand spanking new. In fact, it is the nicest hospital I’ve ever been in. Interestingly, they have a specific ‘check up’ department (they actually use the English phrase ‘check up’). I arrived and checked in at the reception desk. Although the clerical staff spoke very little English they provided a liaison that did, quite proficiently I might add. I discovered later that she had lived in Houston, Texas for 25 years.  And all of the doctors I interacted with spoke English quite well also.

First I had blood drawn, blood pressure measurements, height, weight, etc.  Next was a visit to the primary care physician for a medical history and a basic examination followed by a trip to the cardiologist (stress test, ultrasound), the x-ray department (chest film), the urologist (ultrasound), a trip to the lab for a deposit (pee pee and poo poo), and concluded with a stop at the dentist. It was a model of efficiency and took barely half a day (I arrived at 9:30 am and was finished by 2 pm). Now, the fact that the hospital is new and does not have a full patient load undoubtedly was a factor but all of these procedures together are routinely completed within a single day. I was personally escorted to each appointment by a staff member (cute and female incidentally) and spent very little time waiting around. Never in my life have I enjoyed going to the doctor so thoroughly.

The dental portion of my visit was particularly interesting. The dentist (she has a Ph.D, as do all the doctors on staff) was especially cordial. Not only did I receive a full panoramic x-ray but was able to view pictures of the inside of my mouth on a computer monitor while she was examining me. She cleaned my teeth with a fancy smancy high intensity vibrating water pick and followed it up with one hell of a polish. While this was happening I was treated to music videos (ala VH1) on the computer screen. 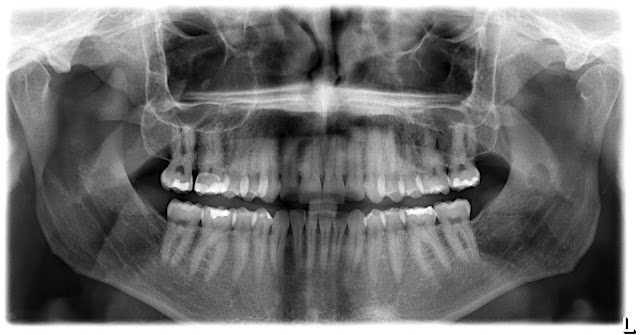 And after all is said and done they even throw in a free meal at the cafe. Now that’s what I call a check up!!

The next day I returned to review my results with the primary care physician. It seems I am in good health even after over two years of globetrotting. Yippy skippy. And what was the bill after all was said and done? $849.13 US. This includes an ultrasound on my thyroid and the panoramic dental x-ray, both of which are not part of a standard check up. $849.13? Do you realize how absurdly cheap that is? It is fucking ridiculous!

I caused somewhat of a mini-sensation as no one could quite figure out what I was doing there. The primary physician told me her and a colleague laughed profusely and joked about how getting a check up must be on the ‘100 Things to Do in Istanbul’ list. Who the hell flies half way across the world to get a routine exam? That would be me. I did explain that I had been traveling for some time and wanted to save a bit of cash so I decided to get examined on my way home.

Questions about what I do are always problematic. ‘Ummmm….I quit my job and decided to frolic globally for over two years. No, no I’m not rich, except for my name..hah..hah..no but seriously, just financially irresponsible. I worked in Baghdad for over two years and needed a break to find myself…still searching...hehe...no, but seriously….I was in the Army for a while which is how I got that job…so on and so forth..yaaaawn. Oh and I went to law school and am technically a lawyer but decided to say ‘F that!!’ and never practiced a day in my life. Yes, yes. I am an idiot, a silly, silly fool. Easy to save money when you have no house, no car, and, most importantly no WIFE!!. Yeaaaaaaah, you know what I’m talking about (wink, wink, nudge, nudge)..women...no, but seriously….no, no people generally like me…sort of….probably…oh and I write a blog….no, no not for money….readers?.....well my mommy loves it and thinks I have promise….no, but seriously…..’

My primary doctor seriously considered the possibility that I might be insane and even went so far as to Google my name to see if I really was a lawyer. Can’t argue with Google. I'm legit. Too legit to quit.
Posted by Rich at 6:25 AM