A History Lesson…sort of (South Africa) 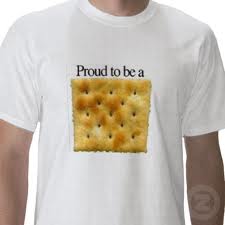 I have to confess that before visiting South Africa I knew little about the origin of all the white folk that eventually settled there. I guess I’d always assumed it was just a result of the Brit’s centuries-old strategy to dominate planet Earth. Nuh-uh. They certainly played their part but the reality is much more complex. Allow me to oversimplify.

You see, a really long time ago (perhaps 40,000 years) the first people migrated to Southern Africa from other parts of the continent. They are known today as the San people but since they didn’t write shit down nobody really knows much about their early history. Apparently, the San split into two main categories; the pastoralist Khoikhoi and the hunter gather Bushmen.

Some two thousand years ago (give or take) Bantu speaking peoples made their way down the Niger River Delta from parts of West Africa. They did not come all at once in one ginormous clusterf**k. They spread it out over a thousand years or so which lead to the development of different cultures, languages, etc., and saw denizens of the area separating into different regions in Southern Africa. I am sure they (as in the descendents of the San and Bantu peoples) were just fine fighting amongst themselves with sticks and stones but along came Whitey.

The Portuguese were the first to drop in when Bartolomeu Dias ‘discovered’ the Cape of Good Hope in 1488 followed by Vasco da Gama’s circumnavigation of the coast of South Africa on his way to India in 1497. Portugal didn’t give a rat’s ass about the area as their attention was focused strictly on the allure of the Orient and its vast riches. The Dutch, however, eventually took advantage albeit many years later.

In 1647 after wrecking their ship a group of Dutchmen set up the first fort on the cape. Way to go. Then again, they didn’t really have a lot going on. Shortly after being rescued (a year later) the Dutch East India Company established a permanent settlement as a rest and resupply station for ships making their way in either direction. Eventually, some of these folks were given permission to set up farms as a way of supplying the ever increasing population at the Cape Colony (what was to become present day Cape Town). Not sure how the local Khoikhoi tribe felt about this but I’m think it is safe to surmise that they were less than giddy. They were giddy-less.

So people started to come and not just from the Netherlands. You also had some Germans, Scandinavians, and Frenchies make their way to the southern hemisphere for one reason or another. Now you have farmers coming to work and develop farms to act as suppliers to the Dutch East India Company.  Operations began to expand leading to an inevitable labor shortage. They needed cheap labor and they found it…..but not where you’d think. The vast number of slaves that flooded the Cape Colony did not primarily come from South Africa, or even Africa for that matter (at least not the mainland). Most slaves were imported from Indonesia, Madagascar, Sri Lanka, and other areas far from the continent.

As you might imagine a lot of co-mingling ensued. The Europeans screwed each other. They also screwed the slaves. The highly diverse slave population screwed one another as well. And everybody screwed the local Khoikoi tribes.  This ‘screwfest’ resulted in a healthy mix of cultural and ethnic backgrounds. The descendents of the European/slave/Khoikoi combos became known as Cape Coloureds or Cape Malays. I was surprised to find that even today many folks in the region are designated ‘colored’ as opposed to white or black. It seems strange to me seeing as my only association for ‘coloured’ stems from my knowledge of black history in America where the term is pejorative in nature. And if that is not enough in the second half of the 19th century Britain imported some 150, 000 indentured servants from India to work sugar plantations and mineral mines. It was to become the largest Indian community outside of India. And don’t forget the Chinese who immigrated en mass at the ‘behest’ of Team Britain as well.

If the Cracker (yup it’s in Wikipedia) population has been known for one thing throughout its history it is its penchant for breathing room. The Cape Colony was no different. The operation started to expand. The indigenous population had two choices: work for ‘The Man’ or get the F out of Dodge. Many chose the latter. However, they weren’t the only ones. There was a significant gang of Whiteys (they became known as the Boers) that chose to head off into the unknown in search of religious freedom (most were Christians), independence, and self-sufficiency. Ironically, many took up almost an identical lifestyle (semi-nomadic pastoralist) as the Khoikoi.

Nothing gold can stay and so it was with the Dutch’s naval domination. Enter the British who seized control of the Cape at the end of the 18th century. They were afraid Napoleon would get there first (I hear he had a complex).  Britain wasn’t much interested in the place in the beginning but as the 19th century wore on it was clear they were there to stay.

Up until the British arrival there was only one game in town. The Boers were doing just fine controlling, suppressing, displacing, and otherwise imposing their will on locals and slaves alike. But then the tea fanatics (i.e. the Brits) showed up and started imposing their own version of control, suppression, and displacement. Too many cooks in the kitchen. They really upset the white balance of power. Bastards.

The Brits came marching in. Although they did not enact any sweeping social reforms they did have the audacity to abolish slavery thus interfering with the Boer’s God given right to subdue anyone not requiring sunscreen. That did not sit well. To make matters worse gold and diamonds were discovered inside the interior. Now everybody and their mother started pouring in from around the globe. You could say the Boers did not fancy all the intruders to ‘their’ land. Who could blame them? They stole it fair and square.

As the Brits solidified their power the Boers became more and more disgruntled. As a result beginning in 1835 many Boers headed farther into the interior to seek independence and self-governance. They are known as Voortrekkers (pioneers) and their plight designated ‘The Great Trek’.  Their revisionist history describes an empty savage land just waiting to be tamed. There were smatterings of plains people and a relatively strong tribe known as the Ndeble but they had not the power to resist hence the designation ‘empty’. 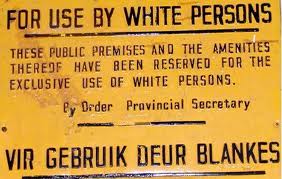 British encroachment eventually became insufferable so Team Boer instigated two conflicts, The First Anglo-Boer War (which they won) and the Second Anglo-Boer War (which they didn’t). After the first war the South Africa Republic was born under its first president, Paul Kruger. Their first victory made them ballsy and defiant so they thought starting a second war was the way to go. Oops. By the early 20th century Team Britain was firmly in control and could now effectively suppress everybody.

Ever heard of Afrikaans? Neither had I. It is considered a daughter language of Dutch but has shavings of Malay, Portuguese, French, Bantu, and Khoisan. It was the language of the Boers and became the official language of Apartheid.

The British united the colonies under the South Africa Act of 1909 and although officially a British territory the act allowed Afrikaans (as they became known) self-governance.  The Union of South Africa garnered respect when it gained equal status with the other British territories/allies of Canada, Australia, and New Zealand. Thus began South Africa’s independent path and the foundation of Apartheid, the lynchpin of which was the Natives’ Land Act of 1913 (the first significant segregationist legislation passed by the SA Union Parliament).

And that, in an oversimplified nutshell, is how Whitey came to South Africa. Fight the power.
Posted by Rich at 6:52 AM