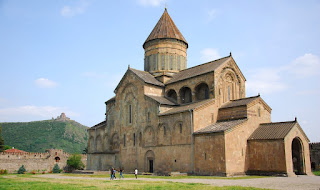 June 10th, 2010 - Thirteen miles north of Tbilisi sits the town of Mtskheta, at one time the capital of the eastern Georgian kingdom of Iberia. As it lies at the junction of the Mtkvari and Aragvi rivers it was once a bustling trading city. At the center you will find one of the most scared churches in all of Georgia, the Cathedral of Svetitskhoveli ('The Church of the Life Giving Pillar'). As you might expect the history of this structure is rife with religious intrigue.

There once was a Jew from Mtskheta. Elias the Jew decided, for reasons unknown, to become Elias the Christian and just happened to be in Jerusalem at the time of Christ's crucifixion. After the death of Jesus, Elias managed to purchase the robe Christ was wearing from a Roman guard. He then took this robe back to Mtskheta where he was met by his sister Sidonia. She became so overwhelmed by emotion after touching the robe she immediately kicked the bucket.

Unable to pry the robe from Sidonia's grasp both were buried on the site of the future church. From the spot an immense Lebanese cedar sprouted from the earth. Some three hundred years later the timber from this tree was used to build the first Christian Church in Georgia by King Mirian. Of the seven columns crafted for the purpose one of them is reputed to have mystical powers for it rose from the earth of its own accord and remained suspended in the air above the construction site. Only a marathon of prayer by St. Nino (credited with bringing Christianity to Georgia) brought the column back to earth. From the column trickled a magical elixir that had the power to cure illness, hence the name of the church: 'sveti' means column while 'tskhoveli' signifies life-giving.

The church as it now stands dates from the 11th century and is the third building to be erected on the site, although there are remnants of the life-giving pillar surrounded by a glass enclosure inside. You will also find Sidonia's grave, a baptismal stone dating from the 4th century, the tombs of Georgian kings, and a replica of the Chapel of Christ's Sepulchre in Jerusalem (constructed to denote the fact that this cathedral is the second holiest place in the world). Yep, this church has history and religious significance coming out of wazoo.

But wait, there's more. By the 11th century the church was in need of a little tender loving care so the religious authority hired a talented architect by the name of Arsukidze to restore the structure to its former glory. Most of what you see today is his handy work. Success had a price. One of the government ministers, Arsukidze's mentor in fact, was so displeased that his pupil' exploits outshined his own accomplishments that he had his (Arsu's) right hand cut off. That's just shitty. There is a relief high up on the northern façade on the exterior of the church signifying this unfortunate incident.

And just above Mtskheta on the hill overlooking the confluence of the two rivers sits the Jvari Monastery. St. Nino had a cross erected on the sight as a symbol of the Christian triumph over paganism. Through years a series of churches were built increasing in size with each successive improvement. I would have loved to get a peak at the inside but I was barred entry as a result of my fashion decision, i.e. shorts. Maybe next time.


"Science without religion is lame, religion without science is blind."
— Albert Einstein 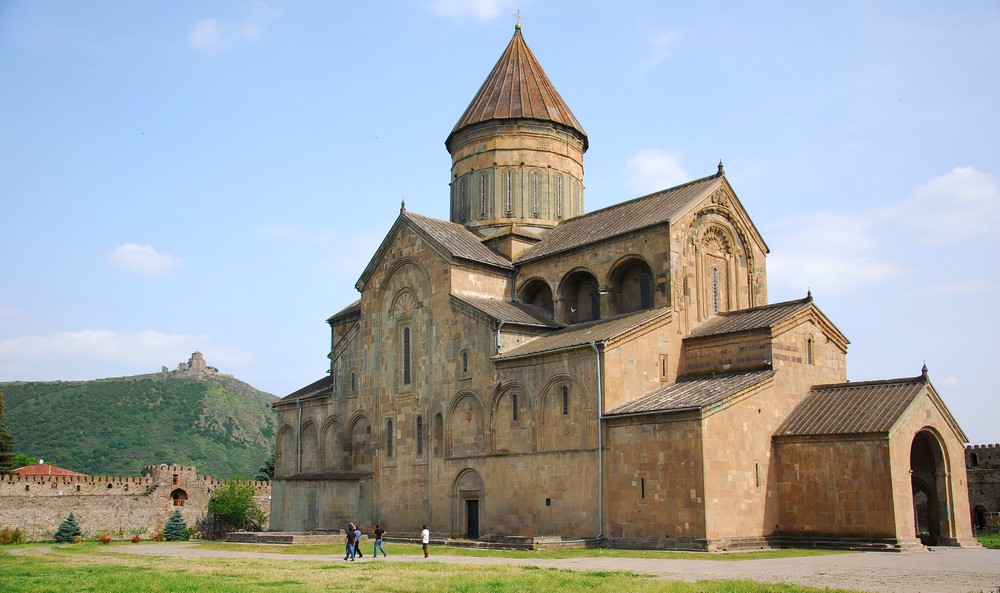 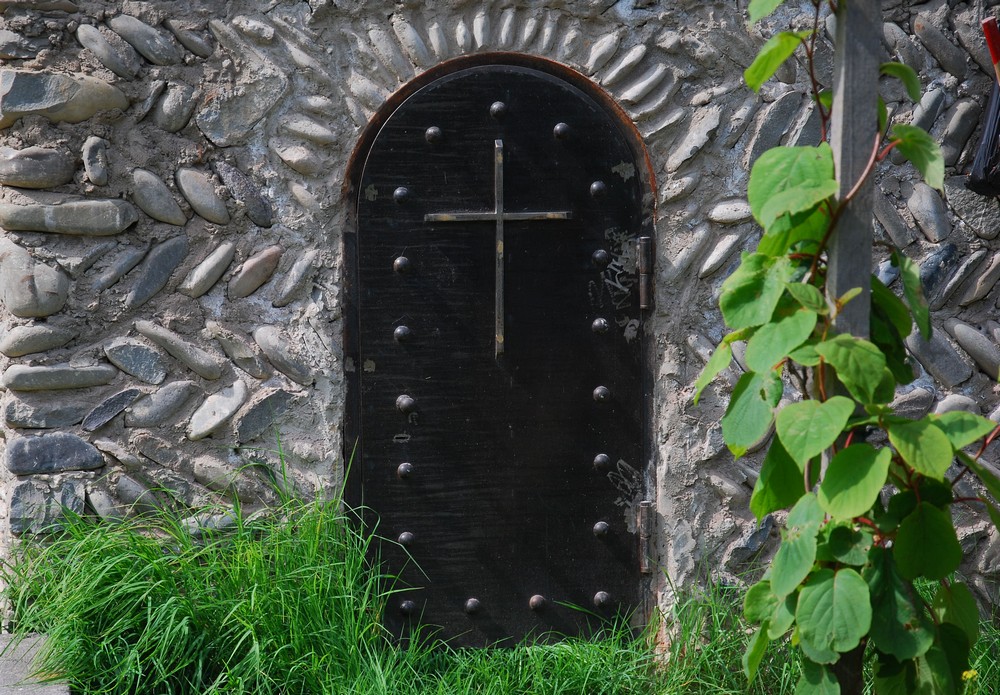 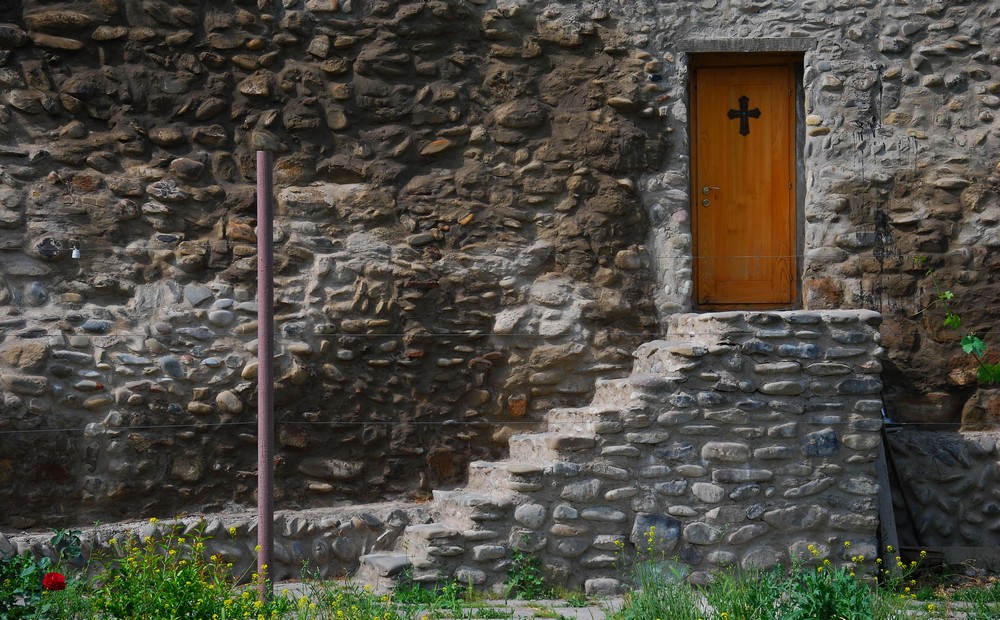 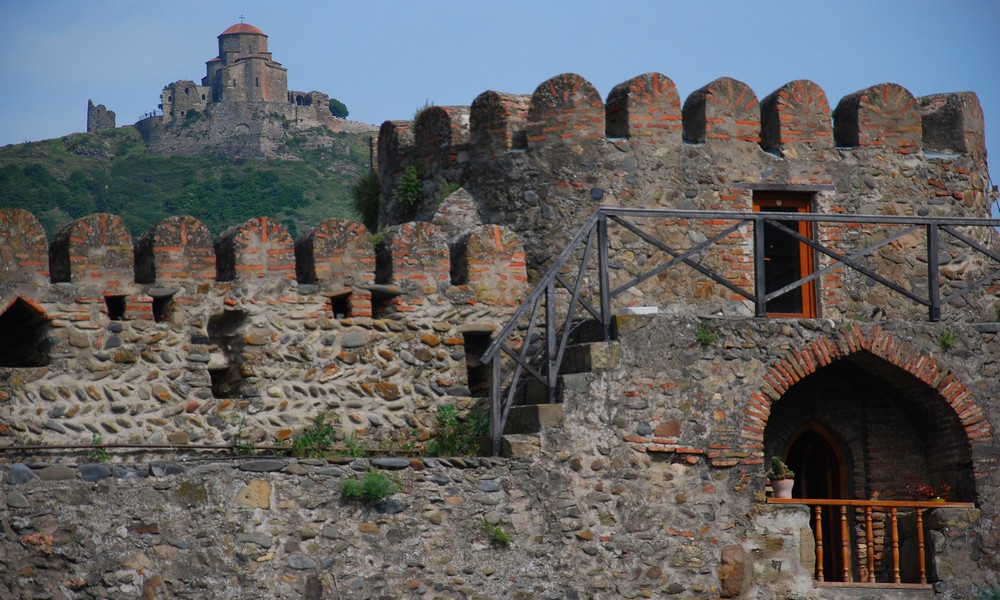 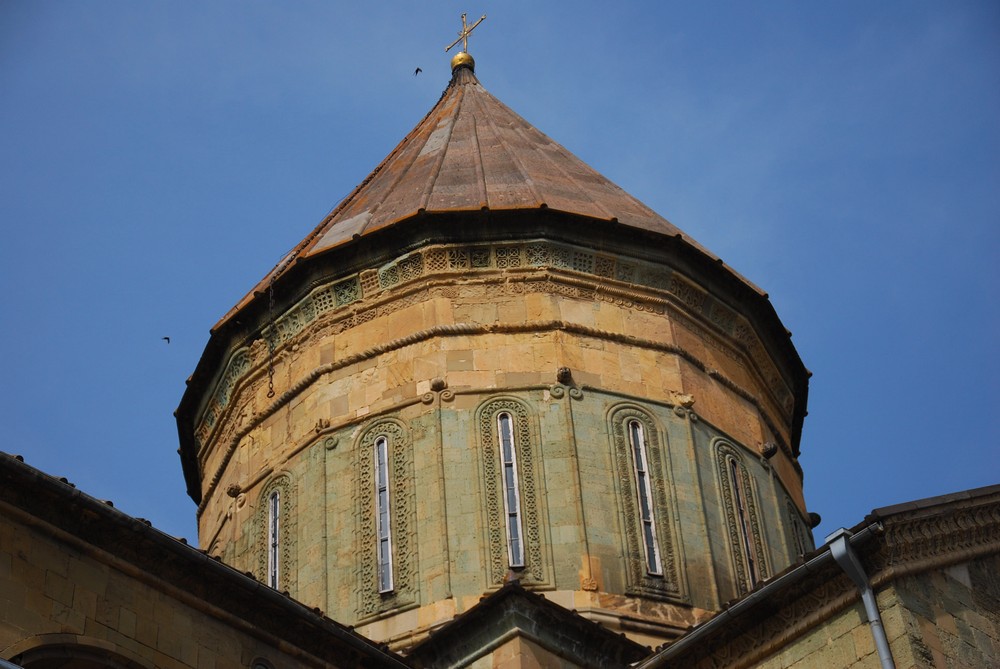 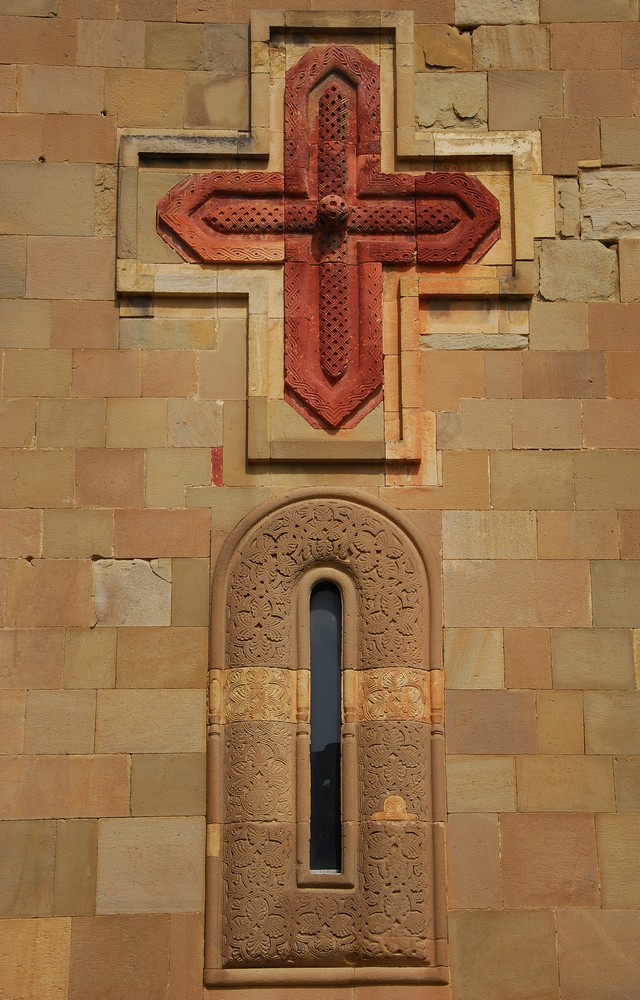 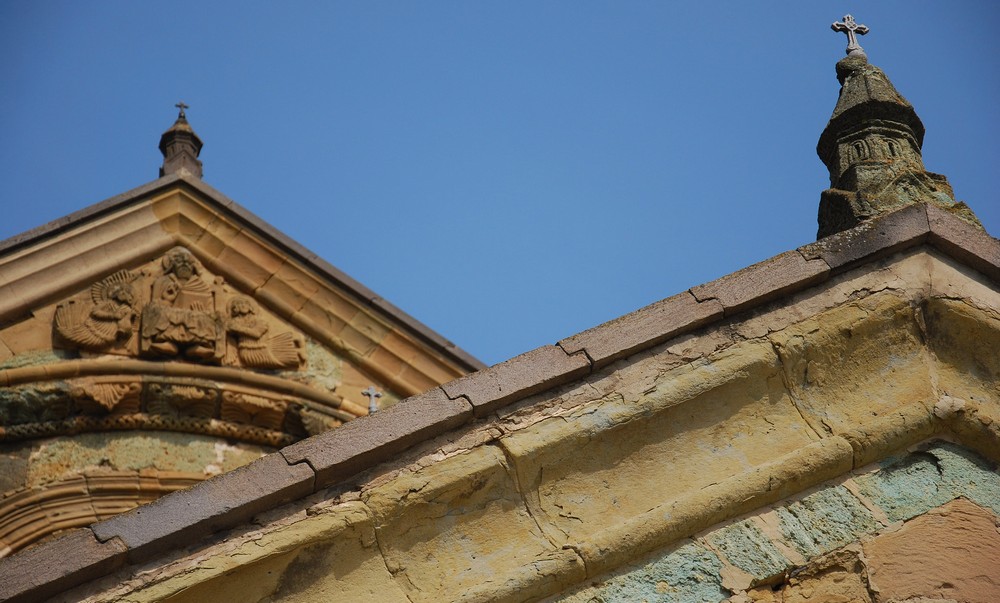 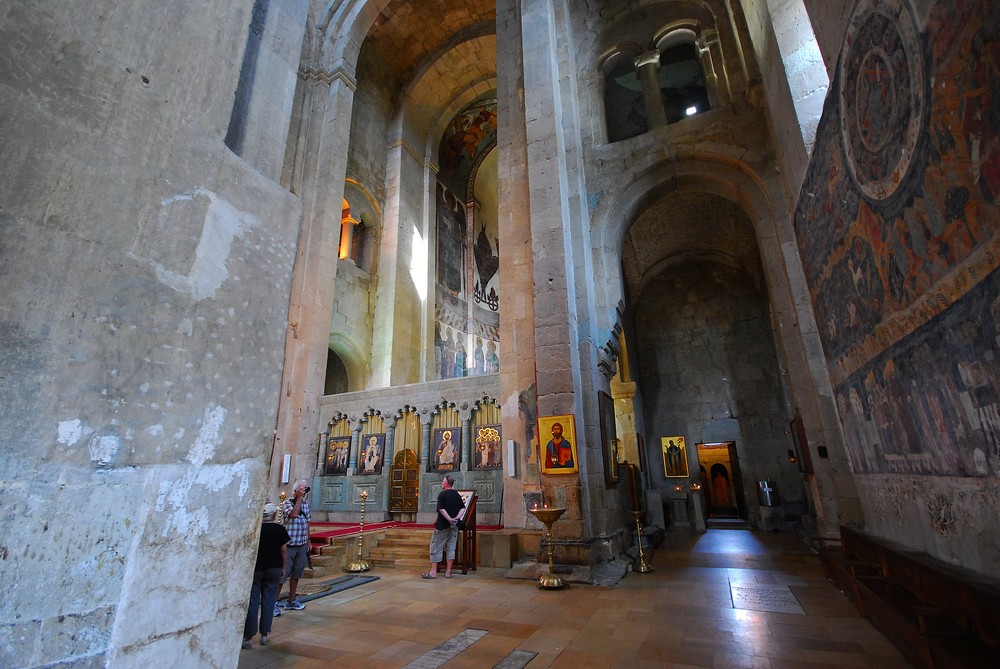 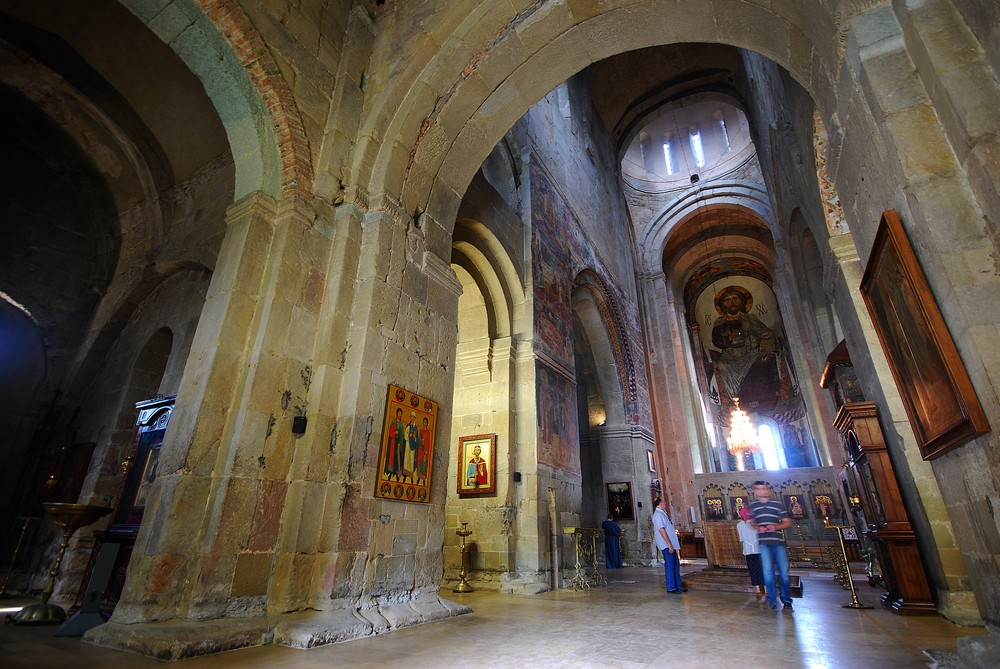 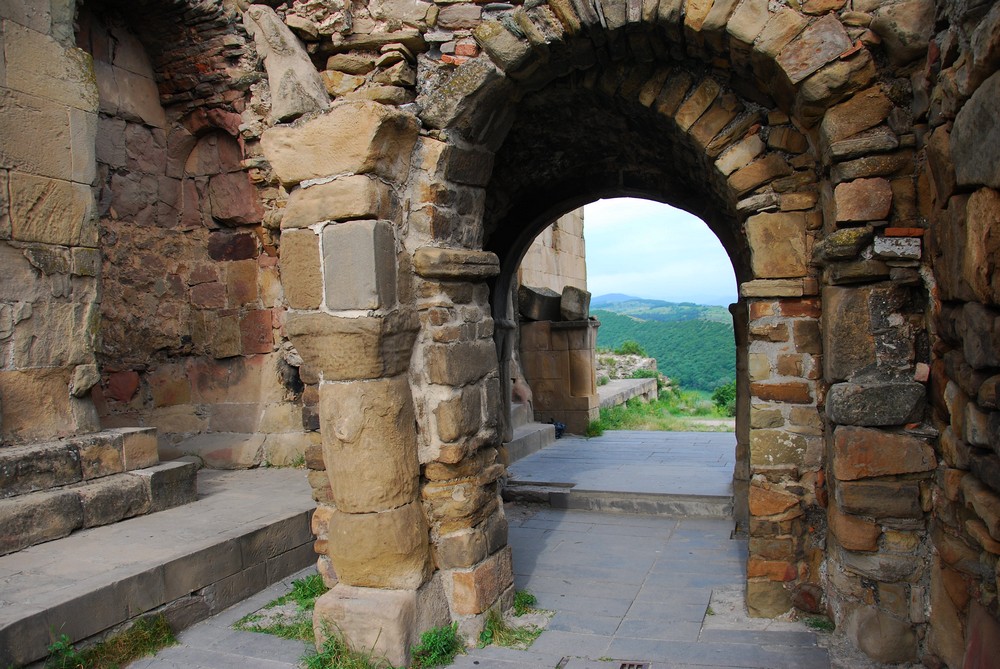 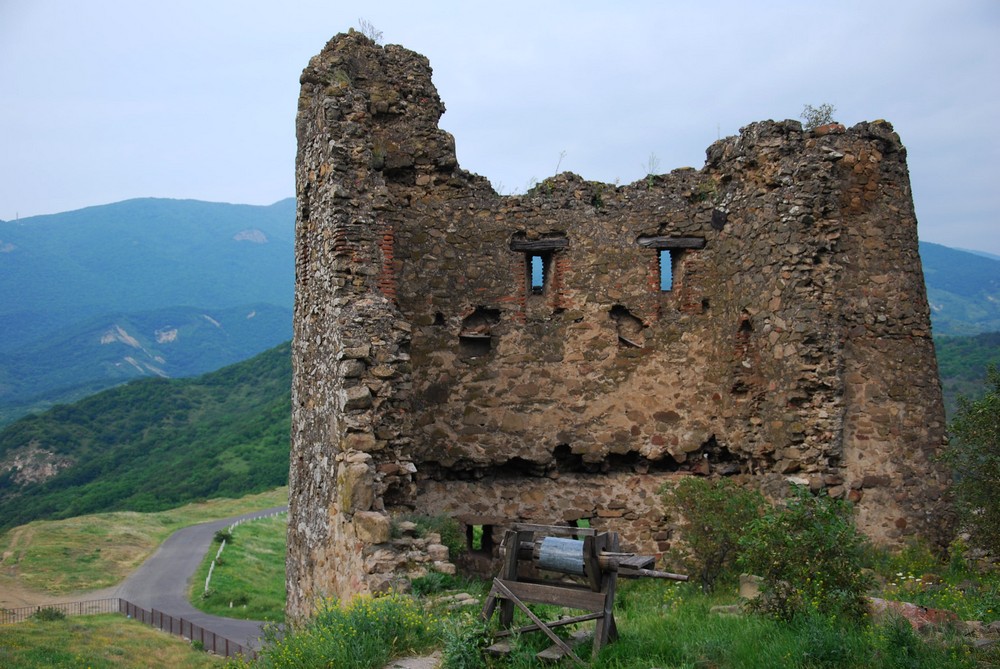 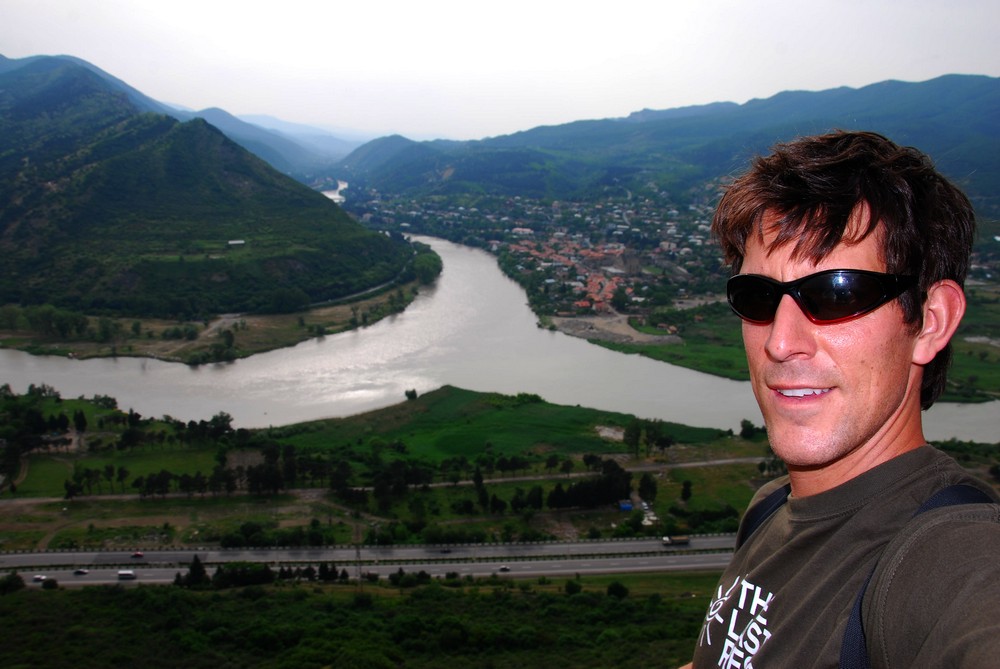