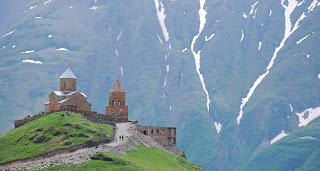 June 12th, 2010 - About ten miles from the Russian border north of Tbilisi along the Georgian Military Highway you will find the mountain village of Kazbegi (1,850 meters/6070 feet). Nestled in a valley along the banks of the Tergi River in the shadow of Mt. Kazbegi it would be a bit negligent to describe the scene as picturesque for a single word cannot do it justice. 'Quintessential Georgian mountain village' gets closer to the mark although I have a feeling Kazbegi is merely the tip of the iceberg in that regard.

I only spent a night there but feel I must return as there is much to see and do in the area. My friends and I slept at a home stay owned and run by a woman named Nazi and her husband. That's right: Nazi. The transliteration from Georgian is a bit unfortunate as her name is pronounced Nahzzeee and has absolutely nothing to do with Hitler's political party. Nazi is not a Nazi. In fact she is anything but. She is exceptionally friendly and truly makes anyone that spends time at her place feel like they are at home. Also, there were a number of Israelis staying there sooooo….

Perched on a hill above Kazbegi on the lower slope of Mt. Kazbegi sits, you guessed it, a church. It is the Church of Tsminda Sameba (Holy Trinity) to be precise. Dating to the 14th century many folks view this church as a symbol of Georgia itself for it stands proudly (if not autochthonously as one guide book puts it) atop the hill, its silhouette a beacon of Georgian religious fervor and devotion. It is believed that in times of danger sacred artifacts were sequestered here for safe keeping.

While Georgia was under the control of Tsarist Russia, and later the Soviets, services were banned although it apparently remained a popular tourist attraction. Evidence of Russian control can be found on the outer walls of the church in the form of Russian language graffiti. Blasphemous dirty assfaces. I found dates as far back as 1887 carved into the stone. There was once a cable car ferrying tourists to the church but after the fall of the Soviet Union the locals 86'ed that sacrilegious nonsense.

While we were exploring the grounds a Georgian military helicopter filled with what appeared to be tourists landed nearby. Somebody knows somebody important.


"I know God won't give me anything I can't handle. I just wish he didn't trust me so much."
— Mother Teresa 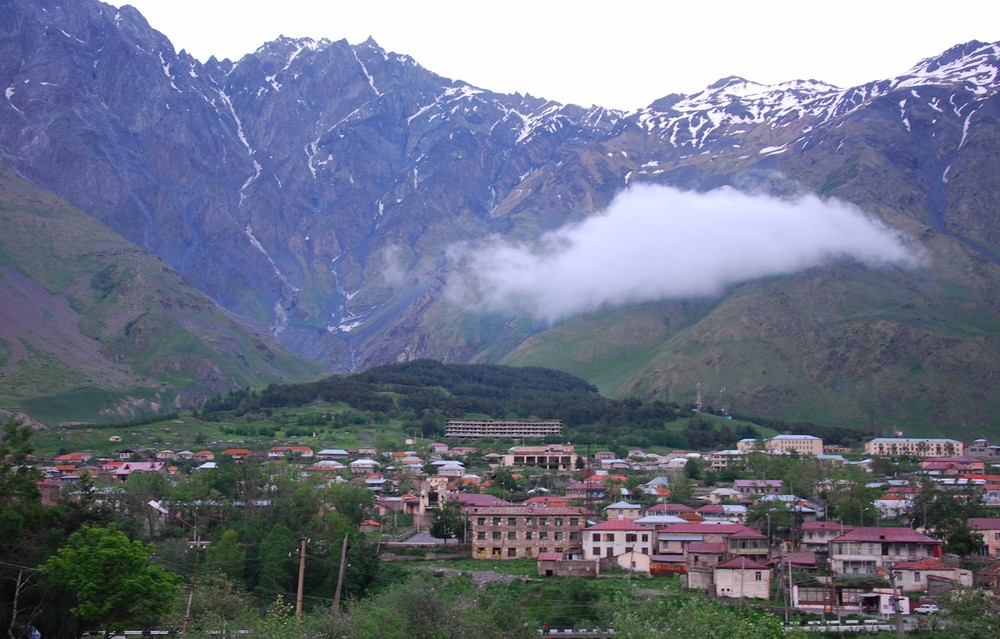 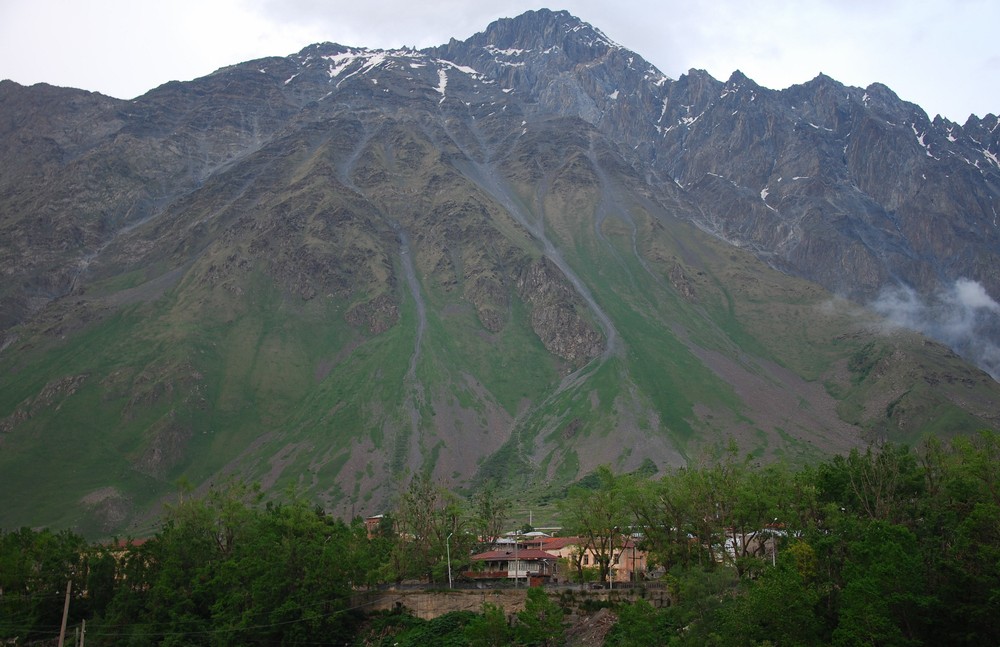 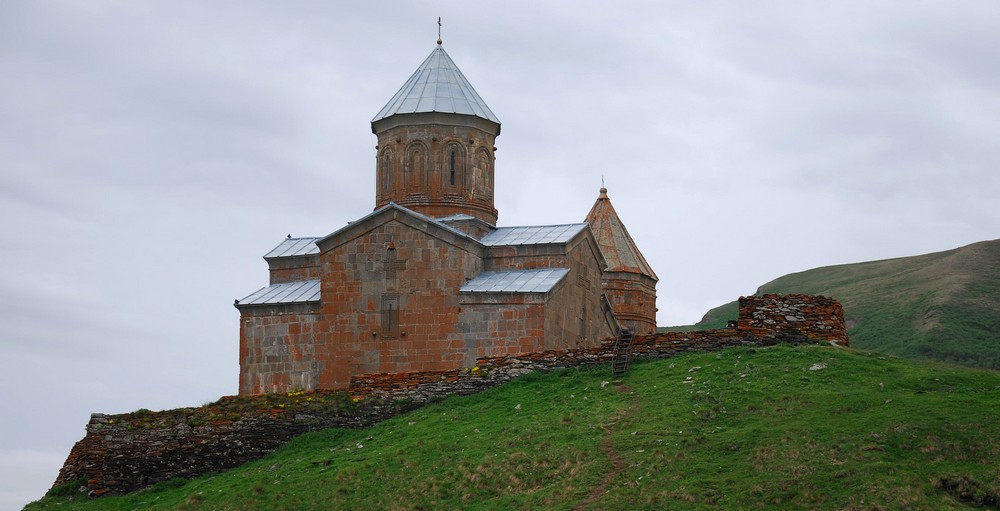 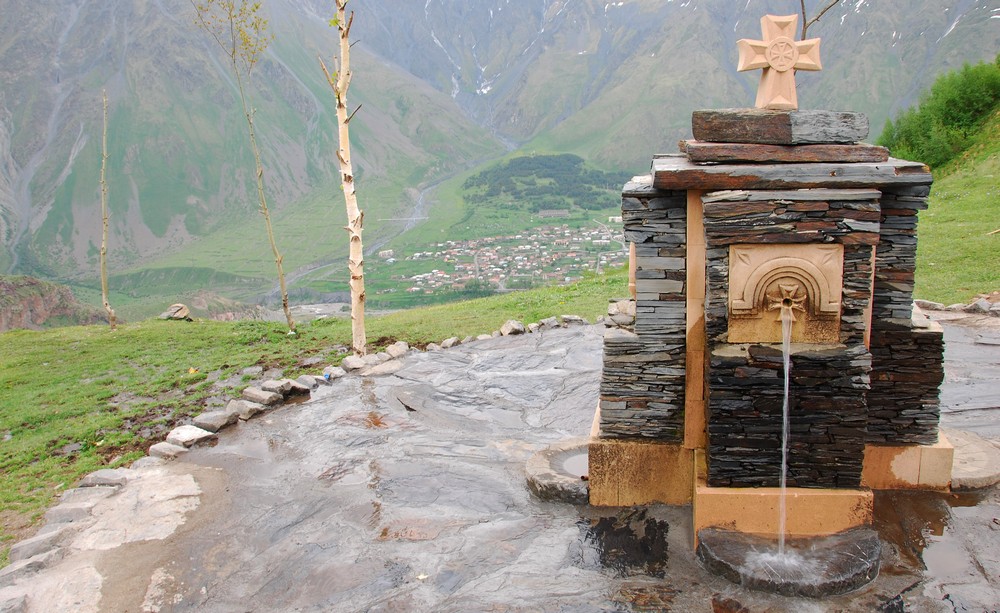 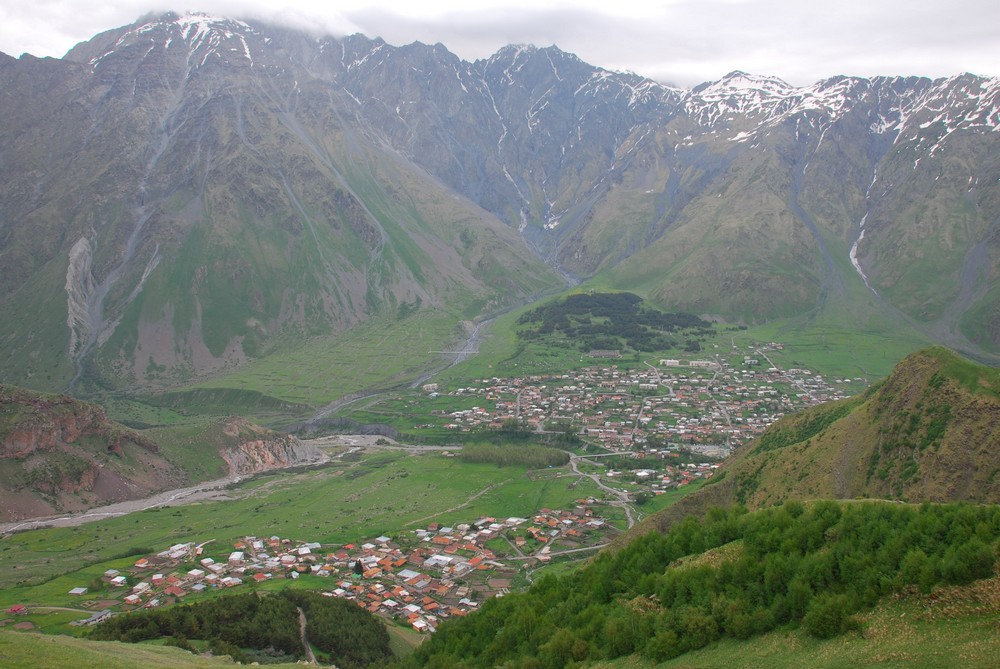 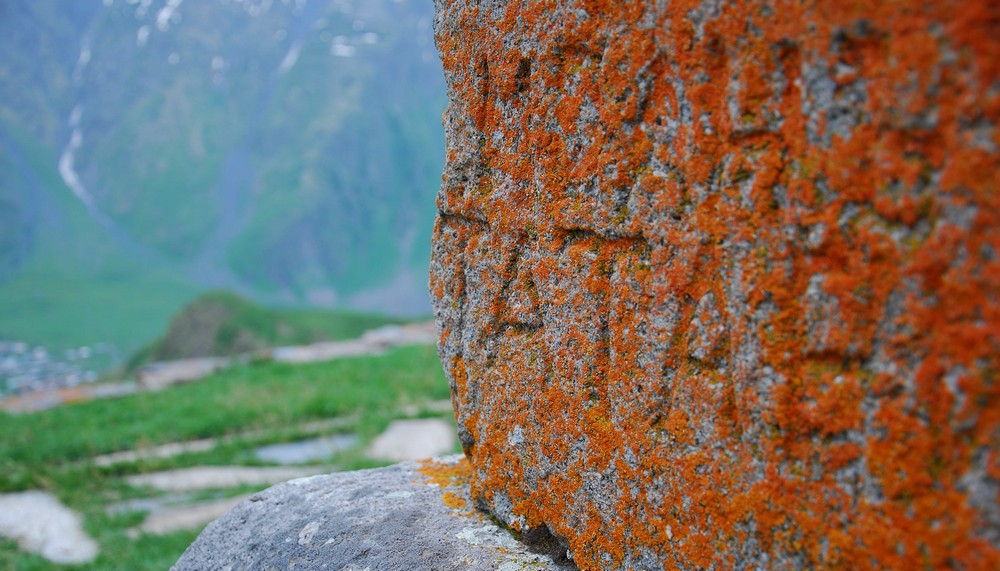 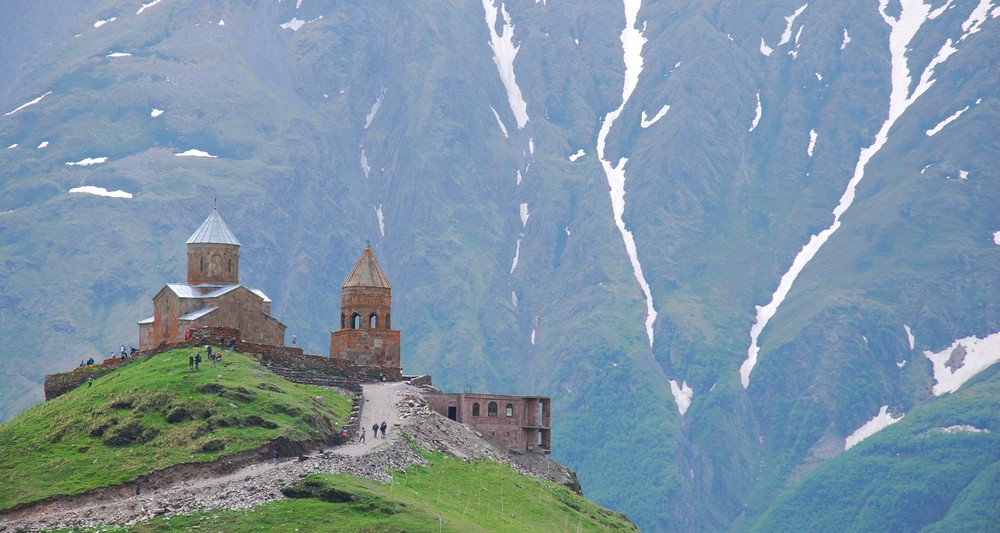 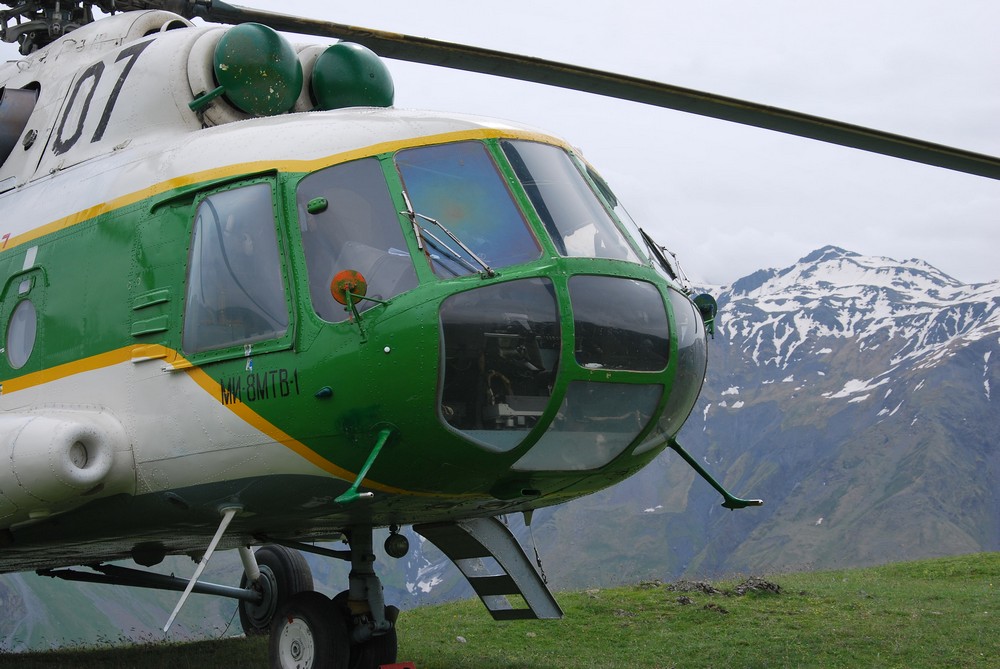 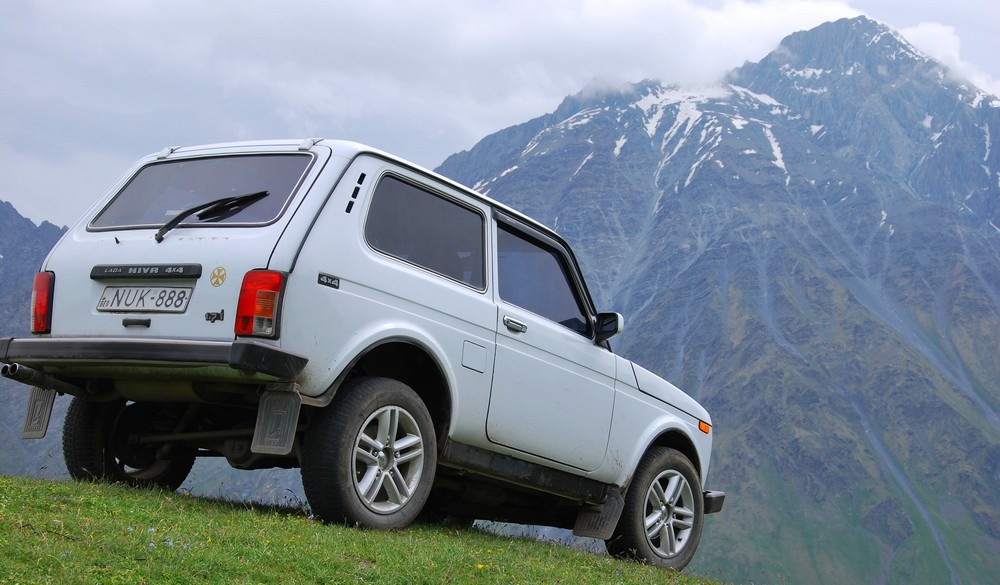 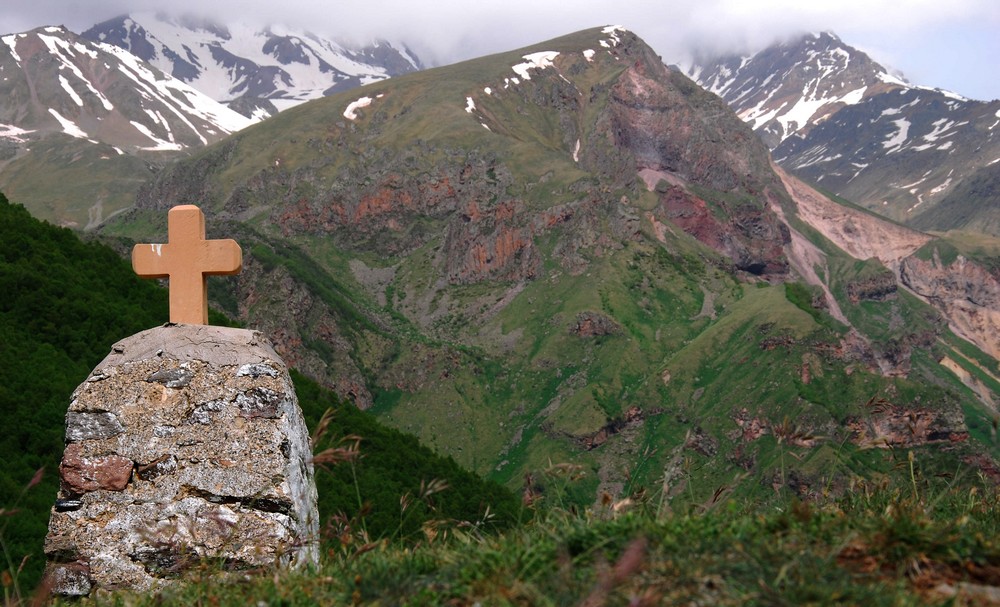 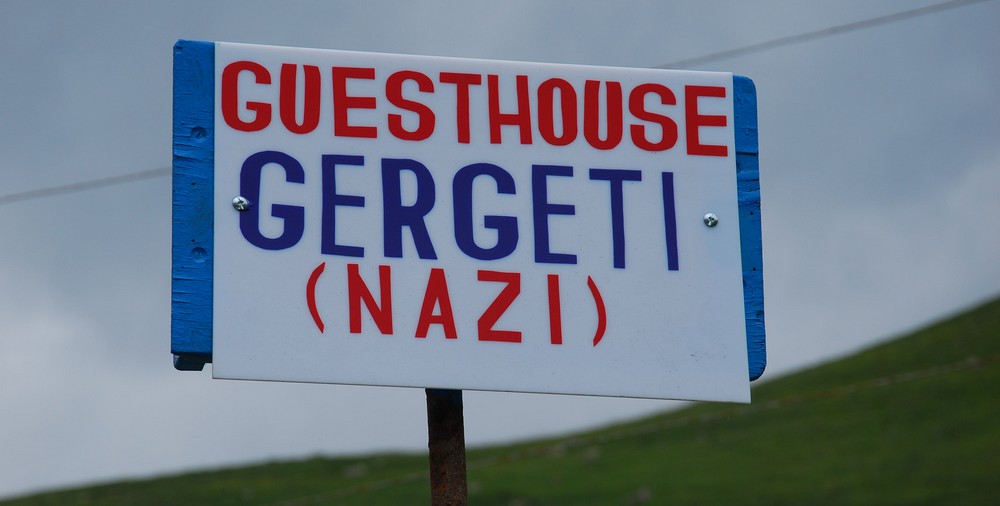