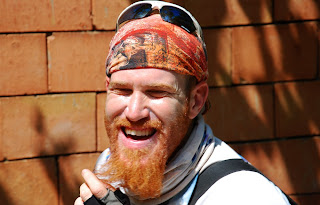 June 1st, 2010 – Time to mutilate yet another language. Russian is my new target. I figure it would help to know a few words before I start fumbling my way through the countryside. Can't wait to unleash 'I am eating soup' at just the right moment (only slightly more useful than 'My foot is caught in the blender'). Trust me when I tell you I will dazzle. I would learn a bit of Georgian but it has no application outside of Georgia. That and there are words that have as many as six consecutive consonants. Farg that.

The owner of my homestay is a 70-year-old woman named Dodo (Dodo's Homestay). Dodo is a common name here but I just can't get used to respectfully referring to someone as 'Dodo'. Feels a little too much like I'm calling her a dumbass: Excuse me Dumbass, how much to have my laundry done? Dumbass, do you know where I could find a Russian tutor? Coffee? That would be great Dumbass.

There is a brand of toilet paper here that I have affectionately designated Soviet Soft. It has the texture of burlap and one must take care not to scrap one's rim clean off. I recommend splurging on an upgrade. Or just use your hand. Actually, it is probably better to just go ahead and shit in your pants as opposed to subjecting your poop chute to the ordeal.


If you would like to check 'Watch Young Georgians Make Out And Fondle Each Other' off your list of Things to Do in Tbilisi I suggest you make your way to any wooded public park. I suspect if you stray from the trail you might even trip over a few love birds rustling each other's feathers so to speak. Not that I am complaining as at least here I can stare a women in the eye without feeling like I've committed a lewd act (as opposed to Azerbaijan). Don't get the wrong impression, according to what I've read woman still insist on marriage as a prerequisite for doing the nasty. In fact many are now pushing back D-Day well into their mid-twenties. Imagine if you had to get married to get laid. Young folks here would love Vegas.

My fashion status is slowly inching its way toward critical. My clothing is literally starting to disintegrate off my body. I have duct tape on my sandals and on the cloth water holster (water purse?) I wear around my shoulder. I scream cool. Scream it. No wonder people around here look at me like I'm a vagrant.

I am really starting to like Georgian wine….. a lot. I like it so much that I am considering alcoholism as a new hobby. Not only is it economical (at least if purchased from a supermarket) but due to its lack of western-style preservatives the hangover effect is minimal (or so I've read. I may need to conduct field research to confirm). Wine is such an inextricable part of Georgian culture I'm not sure they even have a word for 'alcoholism'.

No shortage of vodka either. I think there are 2.8 million varieties in the Caucasus region. And don't forget chacha, a Georgian liquor made from grapes known as 'vine vodka'. Many folks make it at home but it is produced commercially as well. I have yet to partake.

I saw a kid no more than 13 years old throwing down shots of vodka with daddy in an upper class restaurant. I've also seen a kid about the same age driving a car. I guess I'll start worrying when I see a 13-year-old throwing down vodka shots while driving. But then again….

Think I am an adventurer? I'm bullshit. I just met two dudes that make me look like the guy driving the minivan to Disney World, you know, the one wearing mouse ears and a fanny pack. One is a Danish ex-airline pilot named Frode. His idea of a family vacation is to take his girlfriend and two teenage sons on a two month long camping/kayaking extravaganza in Middle Of Nowhere Canada, the kind of place where you may find yourself completely isolated for five days at a time with no chance of rescue. He has been to all seven continents and 125 countries. I think he's spent more time scuba diving than I have breathing. He recently visited northern Iraq as a tourist. I've asked him to adopt me. Need I say more?

The other is an Israeli man named Roei that has been traveling across the planet on his bicycle. He's been at it for three years. His route started in Alaska, lead him to the tip of Patagonia where he then hopped a plane to South Africa, made his way to Europe via East Africa, and then onto Asia. It appears Australia will be his final destination. Back in Israel he is a bit of a celebrity and has been featured on numerous news broadcasts across the world. He made the local news in San Diego when he was robbed at gunpoint in Baja California and then given a lift back to the US by some American surfer dudes in order to purchase new gear. He's been hit by a vehicle on two separate occasions, contracted a deadly form of malaria that would have killed him had a missionary not brought him to the doctors on time, and been given a beachfront guesthouse on the coast of Mozambique as a present by the owner (he has the papers to prove it).


"When you really want something to happen, the whole universe conspires so that your wish comes true."
— Paulo Coelho 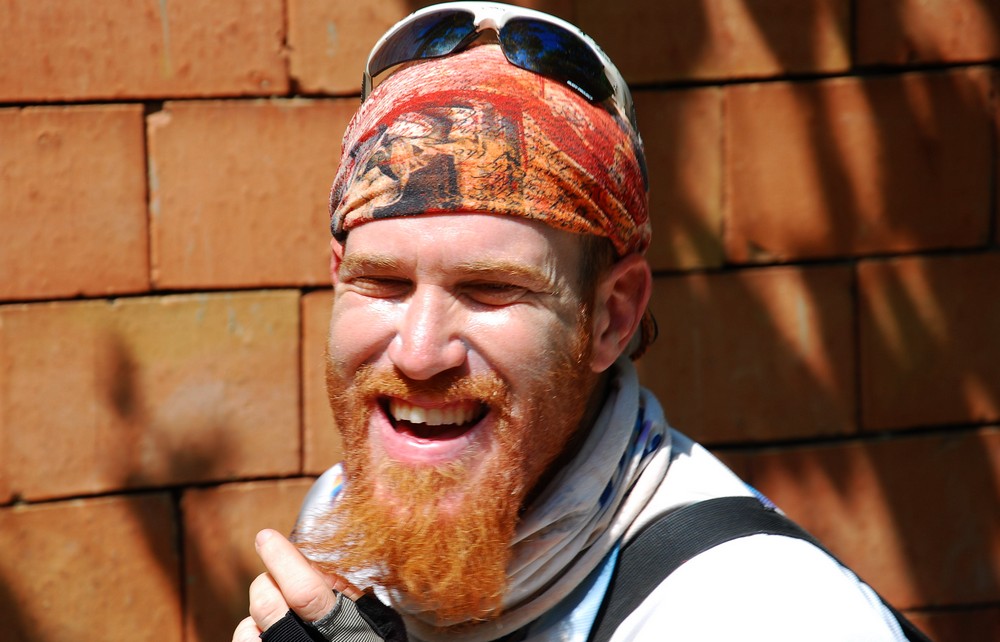 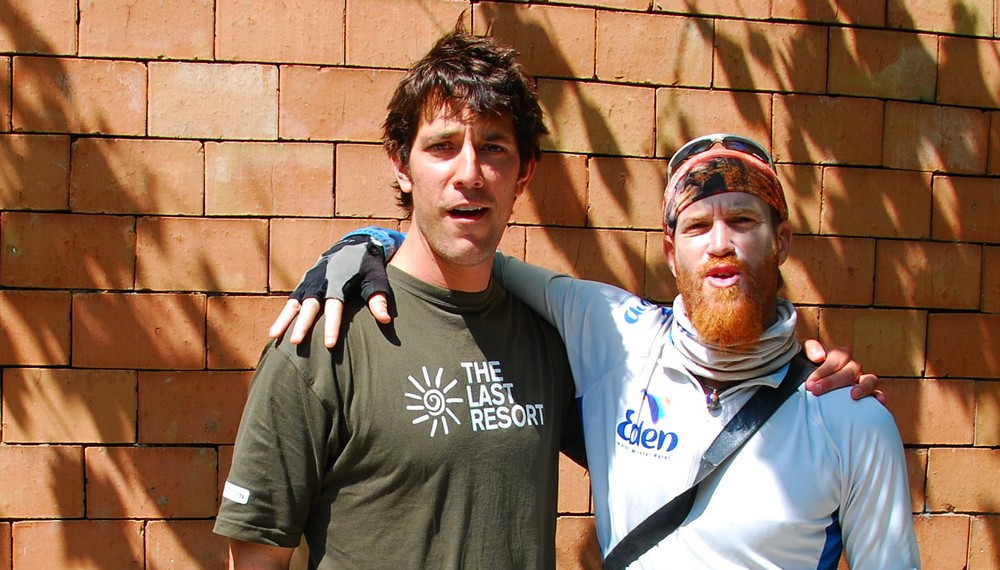 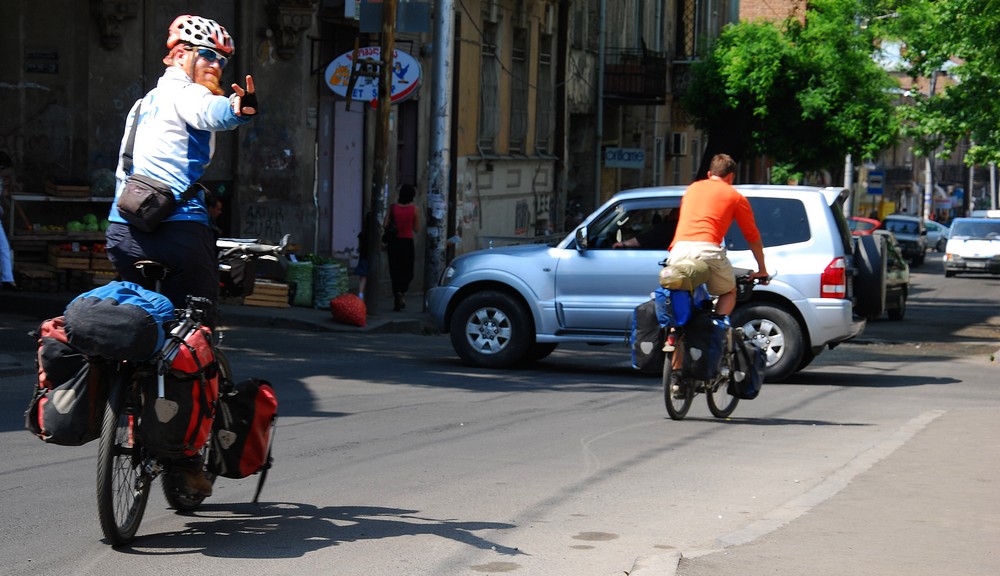