Aug 27th, 2009 – After departing Dambulla I headed due south to Kandy, the last capital of the ancient kings of Sri Lanka. It is here you will find The Temple of the Tooth, a royal complex that supposedly houses the Relic of the tooth of Buddha. A glimpse of Buddha's bicuspid (or is it a molar?) is right up there with Jesus' eyelash, Mohammed's nose hair, Gandhi's toenail, and a piece of Moses' appendix on my bucket list of Sacred Body Fragments I need to see.

The morning after my arrival I set out for a drive through the Knuckles Mountain Range as I heard it was well worth a look. Simone (the female owner of my hotel) was kind enough to suggest a route and a place to explore along the way. The drive was excellent.

Winding mountain roads, hillside tea plantations, and very few people. It is not exactly the Himalayas but it is picturesque none the less. There is a place on a small plateau to stop and hike to a fairly significant drop (it is known as mini-World’s End) and a excellent view of the valley below.

Unfortunately, I had a casualty: my sunglasses. Someone or something purloined them. It was either mischievous monkeys or a misguided Sri Lankan teenager. My money is on the latter. He was with a group of his family members and must have committed the act while I was snapping pics for my photographic ego session with my camera’s timer. I left the glasses near my shirt which were never out of sight for more than a couple of minutes. I cannot be a 100% sure but I would certainly bet a significant amount of money on it. I approached the family while they were having a picnic and asked if anyone found my glasses, to which I received a negative reply. Bastard. 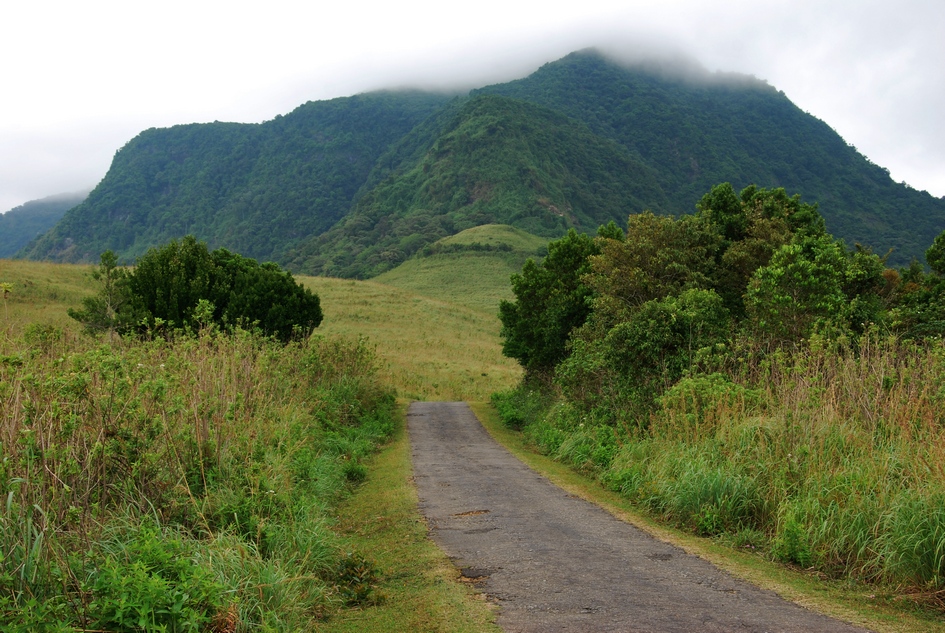 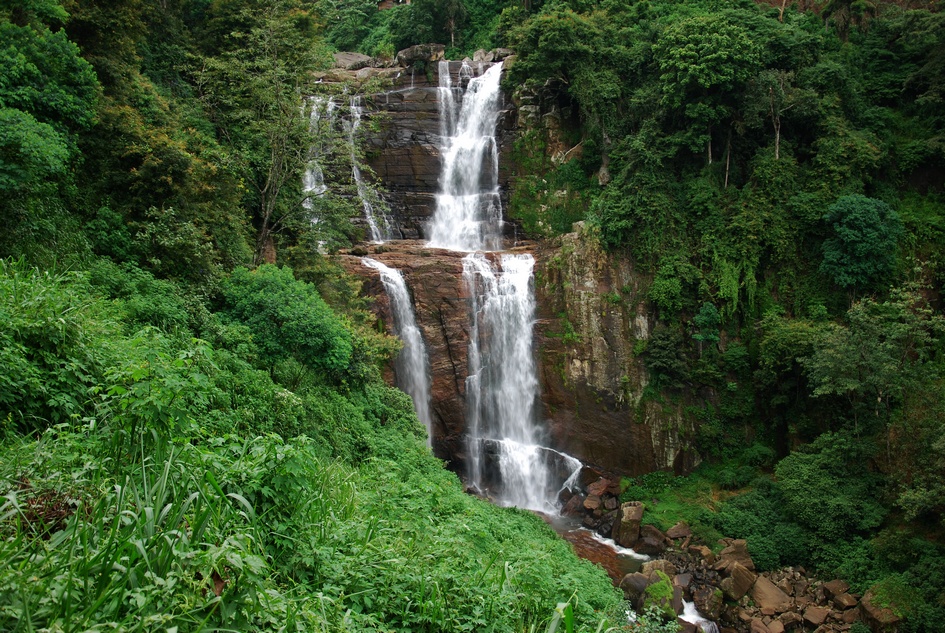 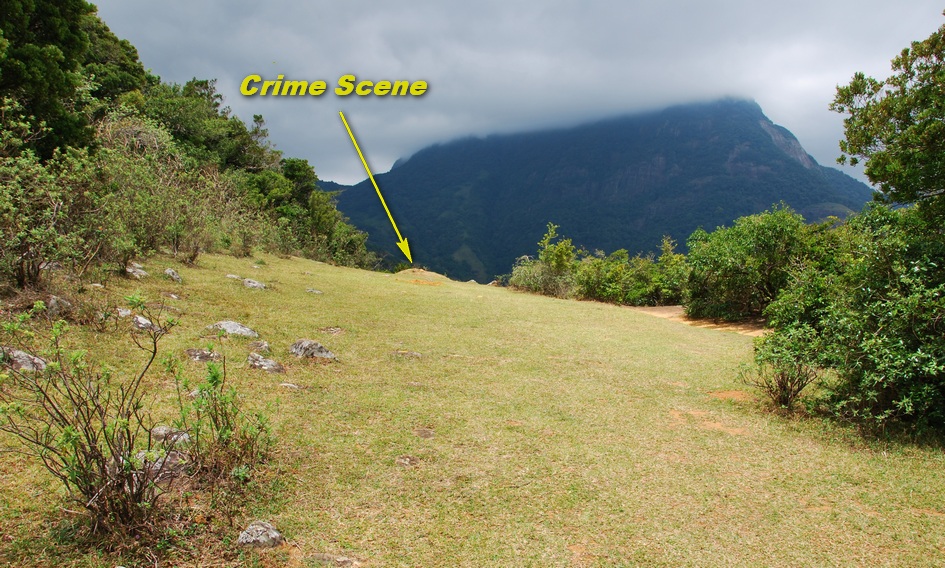 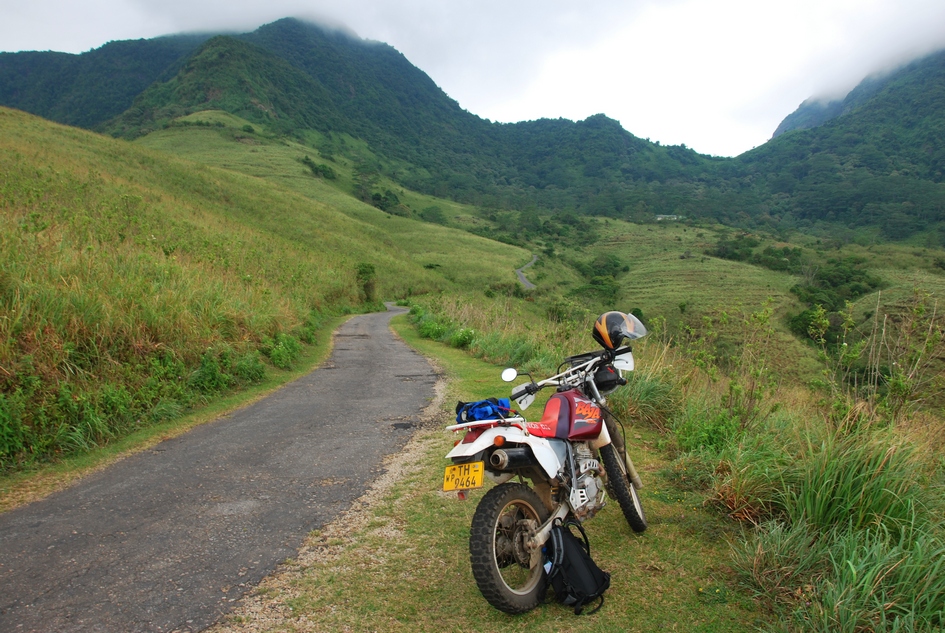 On the way back from the mountains I had my first (and hopefully only) motorcycle mishap. My clutch cable snapped while I was driving. Fortunately, this happened on the main road and, fortuitously, about 200 meters from a repair shop. From the moment my cable snapped to the time I drove away from the shop not more than 30 minutes had elapsed. Now that is service! If that was not enough the guy only charged me 150 rupees (a little less than $1.50) for everything. Amazing. Here is a gentleman of limited means with a prime opportunity to take advantage of the goofy white guy and he passes, choosing instead to go with honesty. He could have asked for five or even ten dollars without me being the wiser. I find that remarkable and, though it is trite to say, instances like that renew my faith in humanity. I needed that after the sunglasses incident.

You may remember the saga of my friend Chandana and his wife. While I was in Kandy I received a call from him and was pleasantly surprised to hear that he was in Kandy as well. In the afternoon after my trip we decided to meet. Over a meal and later some drinks I was to get more of the story surrounding his marriage. She is from the area, the daughter of a well to do family that owns a tea plantation. He met her while he was studying in Kandy. I was told by Chandana’s friend that the parents had never met him but this was inaccurate (language barrier I presume). He did have a chance to meet with them and discuss the situation. In fact he went to their house with his mother and his brother. According to him his wife’s parents are really good people but are hung up on the class issue. And their objection, according to them, was not about money. It mattered not if he was rich or poor, only that he was not from a suitable Kandian family. As it turns out many of the previous generation tend to view their Kandian heritage as something of an honor and view themselves as a cut about the rest of Sri Lanka.

This is where it gets a bit fuzzy (more language barrier). Chandana also told me that his parents had finally agreed to the marriage and that everyone even showed up at the church on the chosen ceremony day but when they arrived Chandana was told by the minister that his paperwork, so to speak, was not in order.

Apparently, he needed to have a certificate showing his residence in the Anuradhapura area of Sri Lanka. Attaining this was not a problem but would take time. Out of exasperation, frustration or whatever the case may have been Chandana snatched his wife from that very spot and they ran away to subsequently be married. Why they did not just wait for the paperwork or whether or not his wife’s parents had something to do with the delay I cannot say. I am sure there are details that have been lost in translation. What I do know is that the parents were more than a little upset and have not spoken to the couple since, which is the reason why they were in Kandy. At the behest of his wife’s cousin they came to Kandy without her parent’s knowledge. The cousin shared a conversation she had with his wife’s mother where she stated her desire to see here daughter again. The plan was to inform the parents that she was in town and gauge their reaction. If that went well then perhaps a few days later Chandana would also be invited to visit. Cross your fingers.

Chandana brought me to his favorite hangout for him and his friends during his college days. We sat in the back room and shared stories over some strong beer. In fact, the beer’s name is Strong Beer and it contains 8.8% alcohol and has a picture of a lion on it. Roooooaaaaaaarrrr!! I was fortunate enough to also meet his best friend from the Kandy area. It was over a few ‘strong’ beers that I was to learn a rather tragic detail of Chandana’s life. He never knew his father. His dad was a soldier in the Sri Lankan army and when he was a mere nineteen years old him and six other soldiers were ambushed and captured by members of the Tamil Tigers. Twenty-five years later Chandana and his mother still have no word of his fate.

After a few beers the conversation became deathly seriously. They wanted to know if professional wrestling in America was in fact real and, if so, how the hell could they do that shit. Professional wrestling is enormously popular among young Sri Lankan males. Interestingly, it became popular not because of widespread television broadcasting, but rather as a result of illegal downloading and duplication. It seems the legitimacy of the sport has long been a subject of debate in relevant circles. They now had me to tell them definitively that it is all scripted bullshit. One of the reasons why so many believe it to be real is that they cannot fathom millions of Americans bothering to watch something they know to be fake. I told them I am just as flabbergasted by that as they are. Glad to see America’s high culture diffusing worldwide. 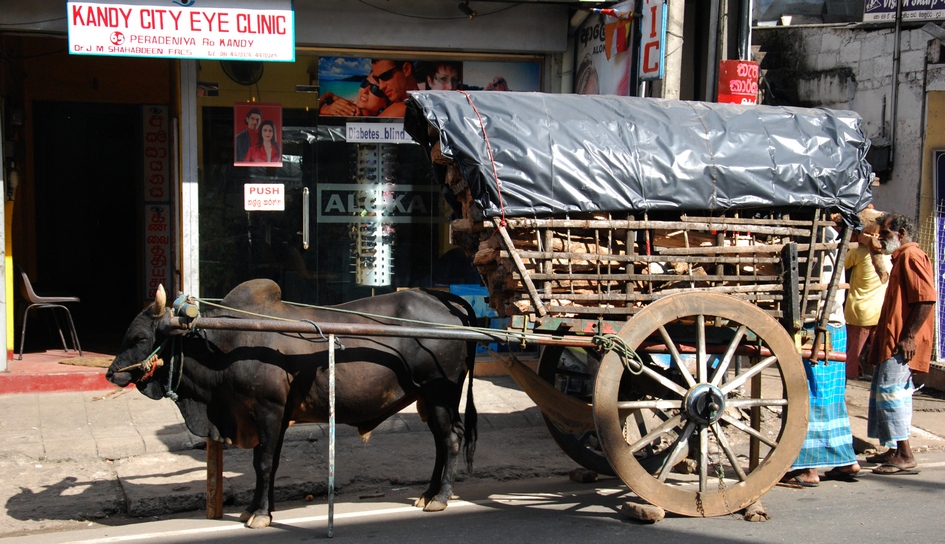 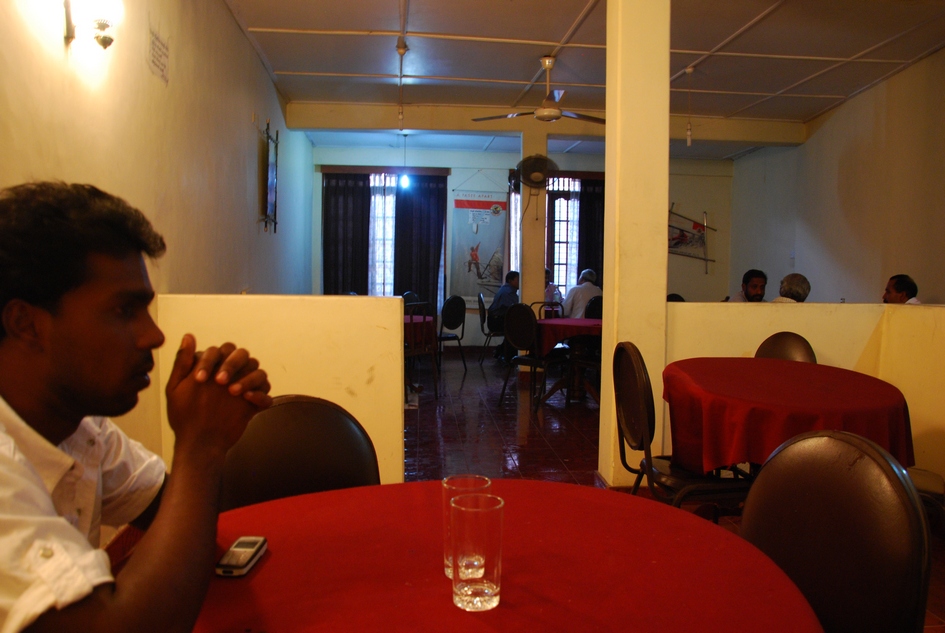 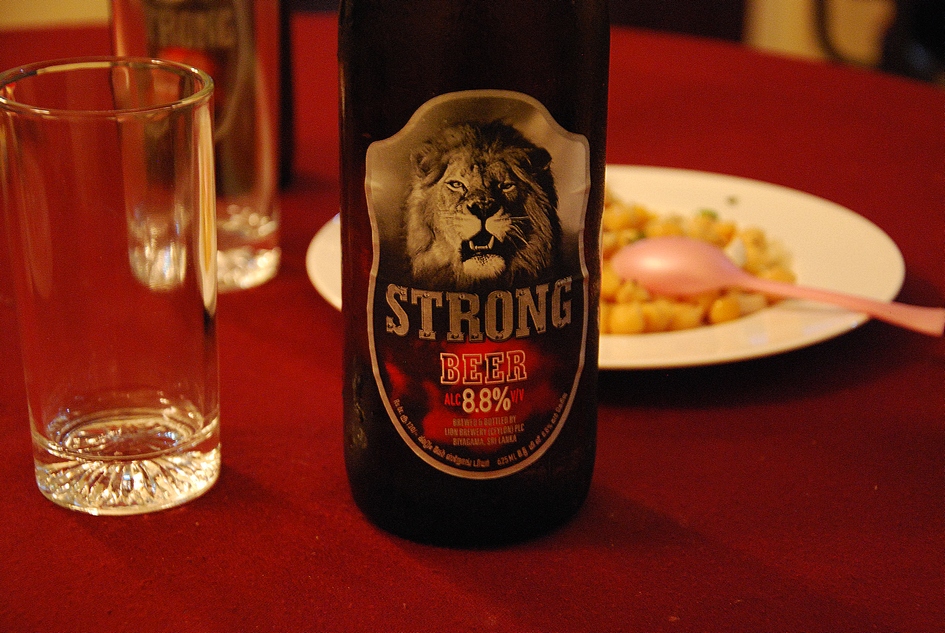