May 14th, 2011 (February 2011) – We were not finished with Simba's crew. Although still sleepy from the previous evening we managed to drag our cabooses out of bed for the morning game drive the following day.  The guide drove us to the scene of the crime (i.e. the baby zebra slaying) to see if our new pals were still around.  Thankfully, they were indeed close by. Although nowhere near as thrilling as the night before the chance to see the family with the lights on was well worth our time. And it appeared that all had been forgiven as mother and child spent time kanoodling with dear old dad. Hopefully, he made it up to them but I wouldn’t bet the game farm on it.

There was a tense moment when I crouched as far down in the vehicle as I could in order to get a ground shot of an approaching kitty cat. For some reason my stealthy perch attracted her attention and for a couple of heart-pounding seconds she stared directly at me as she advanced ever closer. I nearly pooped a little. Note to self: Playing hide and seek with a mother lion is a terrible, terrible idea.

After saying farewell to the Furball Gang we spent the rest of the morning drifting around the Delta grasslands with no particular aim in mind. We felt we had been given an incredible gift the previous evening and merely sat back and basked in the warmth of the experience’s afterglow. We did pause for our tea interval and shared the morning with an elephant that had come to a nearby pool to have a drink. And then it was back to camp. 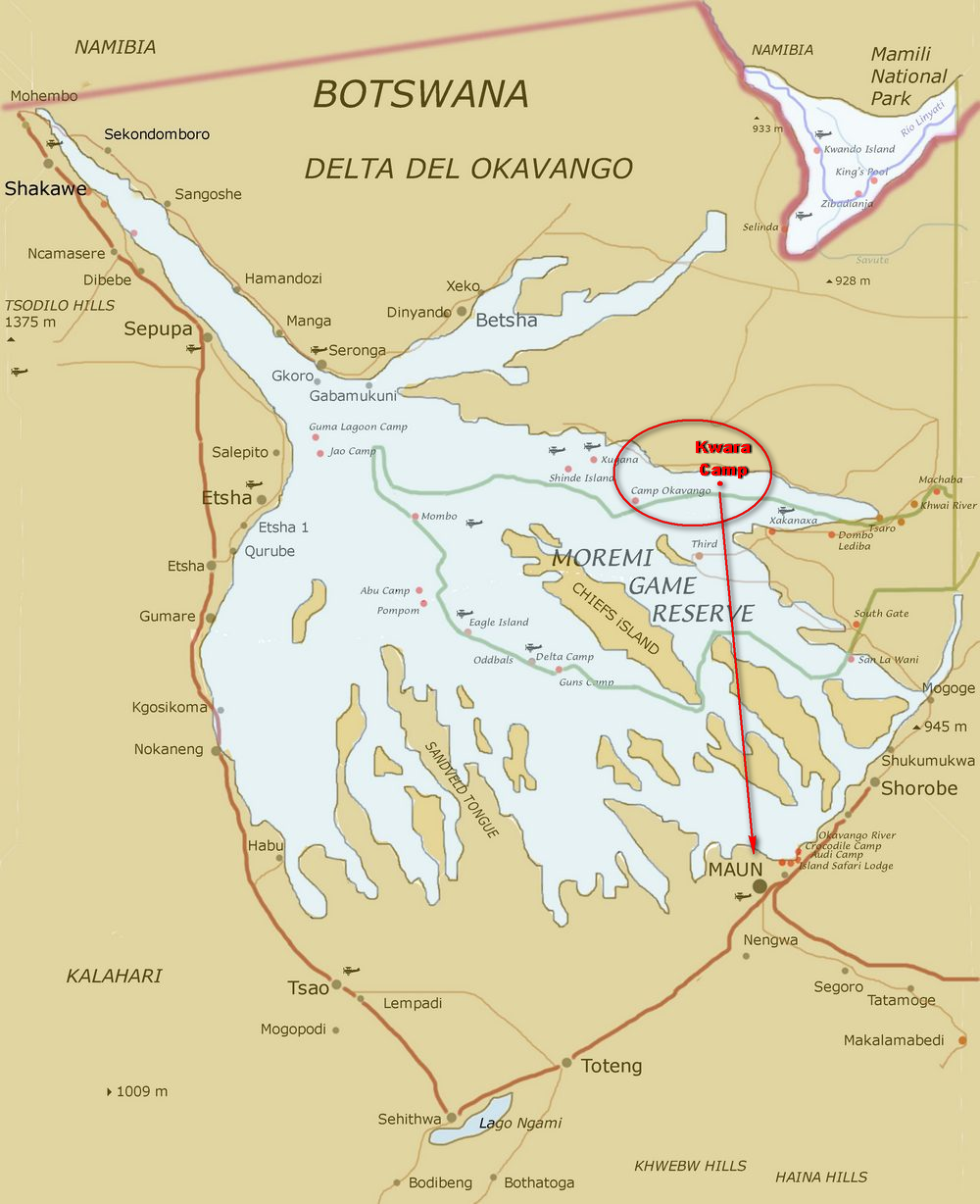 Botswana does not F around when it comes to protecting its wildlife. The manager of Kwara Camp (‘BK’ as he is known) shared some interesting insights. I think the motto ‘See a poacher, blow his f***ing head off!’ pretty much sums up the policy. And this privilege is not reserved solely for park rangers and government staff. Many individuals (like BK for example) that work at the lodges are, for all intents and purposes, ‘deputized’ in a manner of speaking. Many of them carry identity cards (BK showed us his) that give them ‘shoot to kill’ authority but I am pretty sure even if Johnny Citizen comes across a poaching operation and goes ‘Rambo’ on their asses he would probably be commended for doing so. BK himself told us that if he witnessed folks in the act of poaching he would ‘take them down.’ Niiiiice. It may seem extreme but the poachers are no less forgiving and have been known to execute locals and tourists alike in an effort to conceal their activity. Botswana or Dodge City? Yippee ki-yay muther f*****!!!!

Unfortunately, that was our last day at Kwara. We wanted desperately to spend at least another night but the cost combined with logistic difficulties prevented us from doing so. We felt pretty lucky as it was so I suppose there was no need to be anything but grateful. And besides, it is not like we would have seen a leopard, one of the more elusive night stalking beasts and difficult to spot even during the prime viewing season, right? Wrong. The American gentleman (Fred) we befriended at the camp informed us via e-mail that he did indeed spot a leopard the next day. Our guide had told us that no one at the camp had encountered one for six weeks……until the day after we left of course. I have to admit I was mildly bitter.

But not nearly as bitter as I was upon our return to Maun. It was here that we discovered we had overpaid for our trip into the Delta, to the tune of $200 US. Turns out the woman at Travel Wild (Katia is her name) took a rather hefty commission. How did I discover this deception? We went to the Kwando Safaris office (approximately a three minute walk from Travel Wild) to investigate a return trip to the Delta. We were that smitten with the place. It was then we realized that we had been royally F’ed in the A. Back to Travel Wild for an explanation. ‘These are the rates posted by Kwando….Sometimes they get a discount of flights….I was not aware…blah, blah, blah…’. She can kiss my hairy bean bag!!!!!!!

It gets better. We then returned to Kwando Safaris where the woman we spoke with actually admitted that they sometimes refer customers to Travel Wild so they ‘can have a little something for themselves’. WTF! This means that Kwando actually refers people to Travel Wild solely for the purpose of allowing them to collect a commission. Are you f***ing kidding me!!!!!

Why was I so stupid? I do know better. Firstly, I did not realize we were going with Kwando initially and I failed to even notice their office in town. Not only that but walk-ins are fairly rare as most visitors book their trip as part a package in their home country. Therefore, it was not entirely crazy for me to believe that the walk-in rate at the Travel Wild office would be competitive, especially given that I was unaware that Kwando even had their own office at the time. Arrrrrrggggghhhhh!!!! SON OF A B****************************!!!!!!!! Katia stole our money. She stole an extra night in the Delta. And she stole our leopard experience. I am thinking of a word that starts with ‘b’ and rhymes with Rich. It could have been worse. We had almost booked an additional tour with her to Chobe National park. Sometimes I want to kick my own ass. 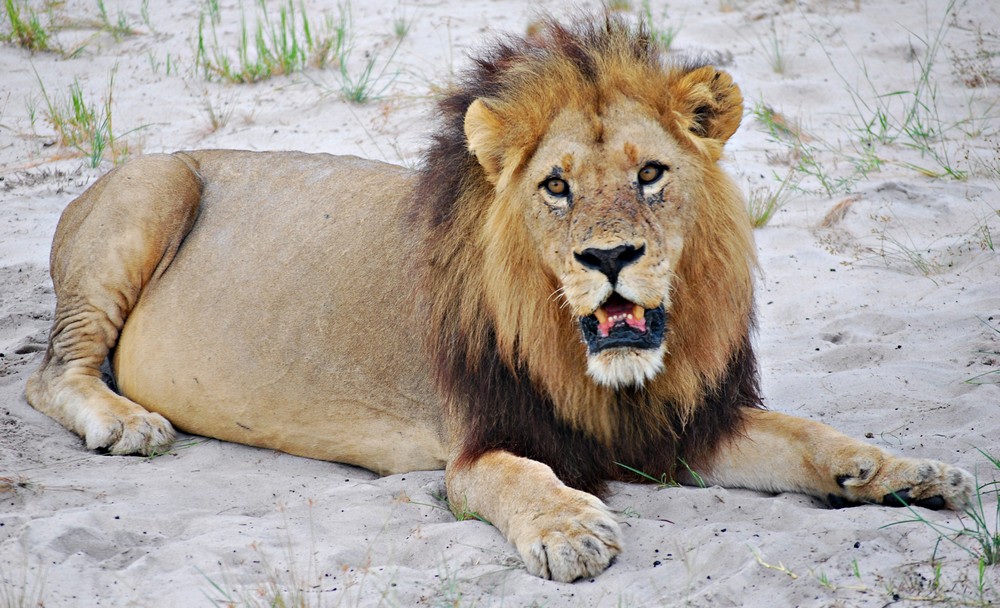 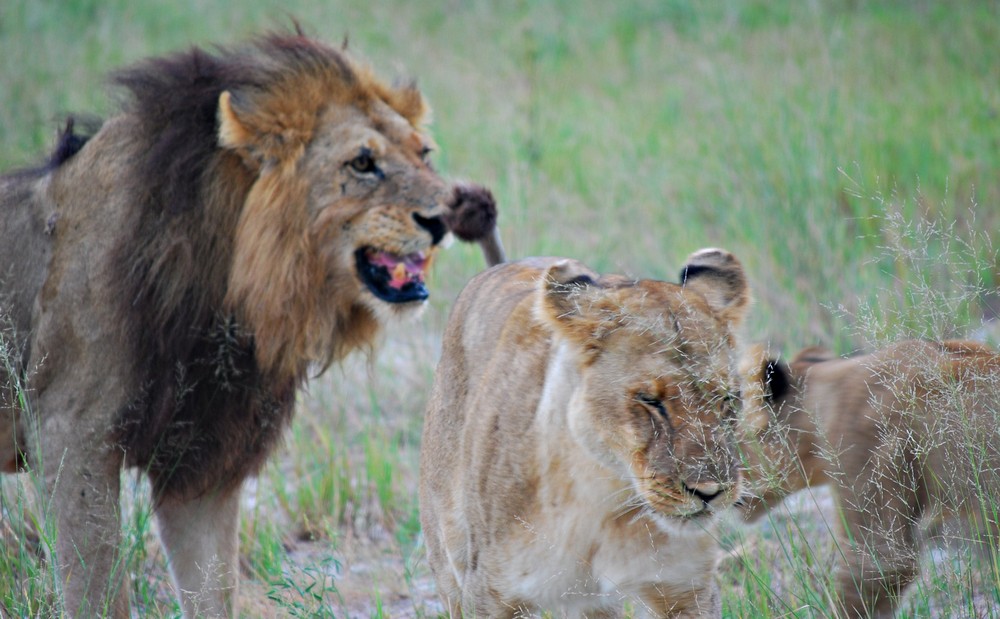 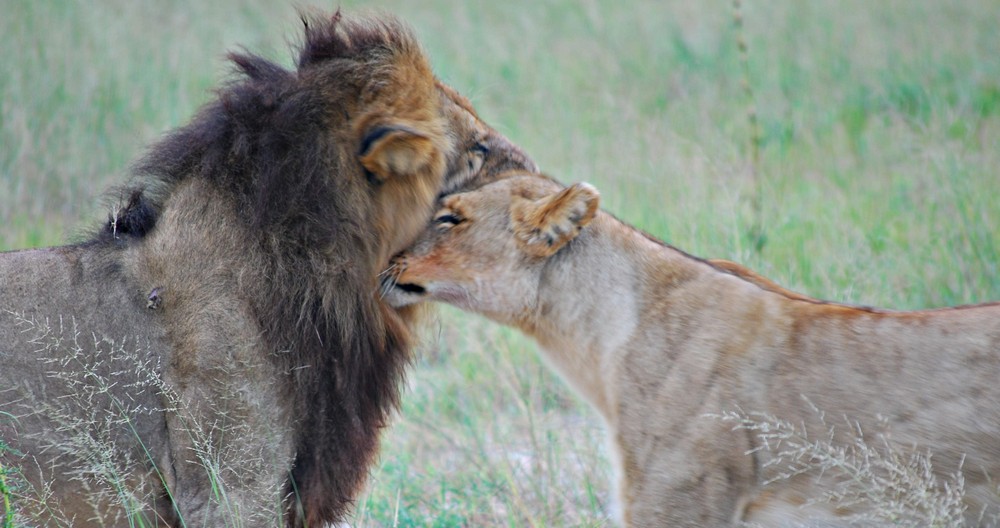 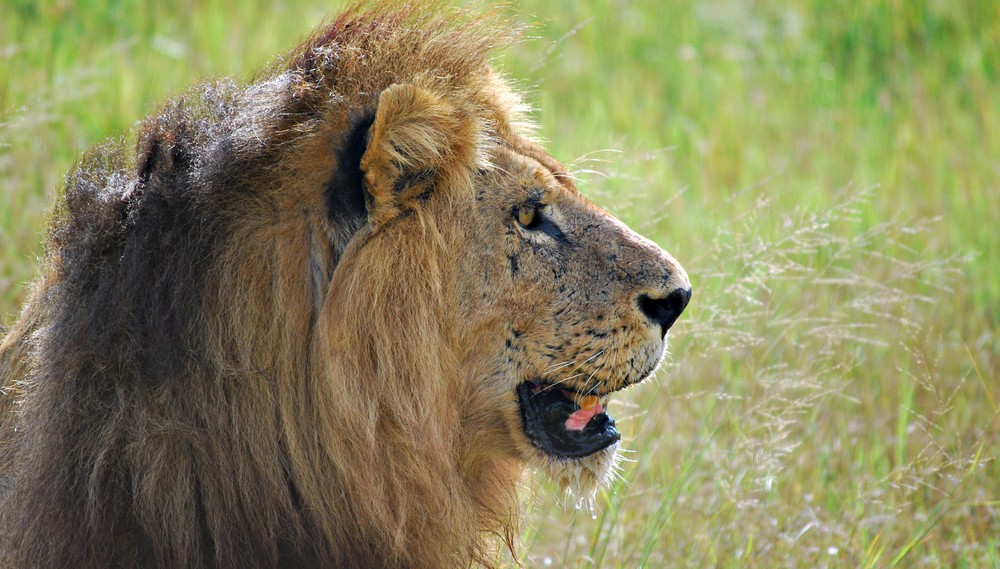 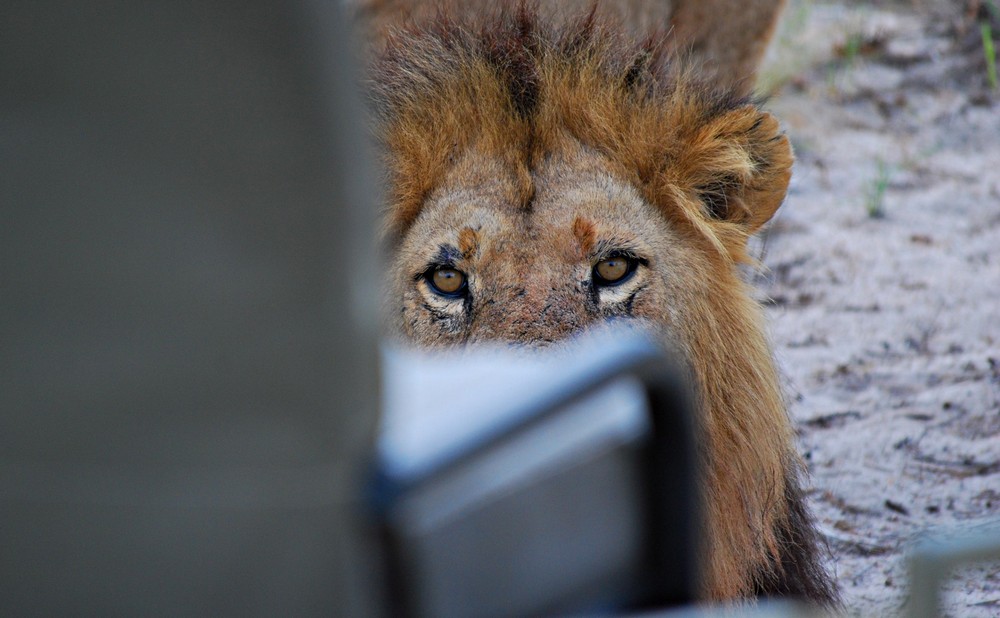 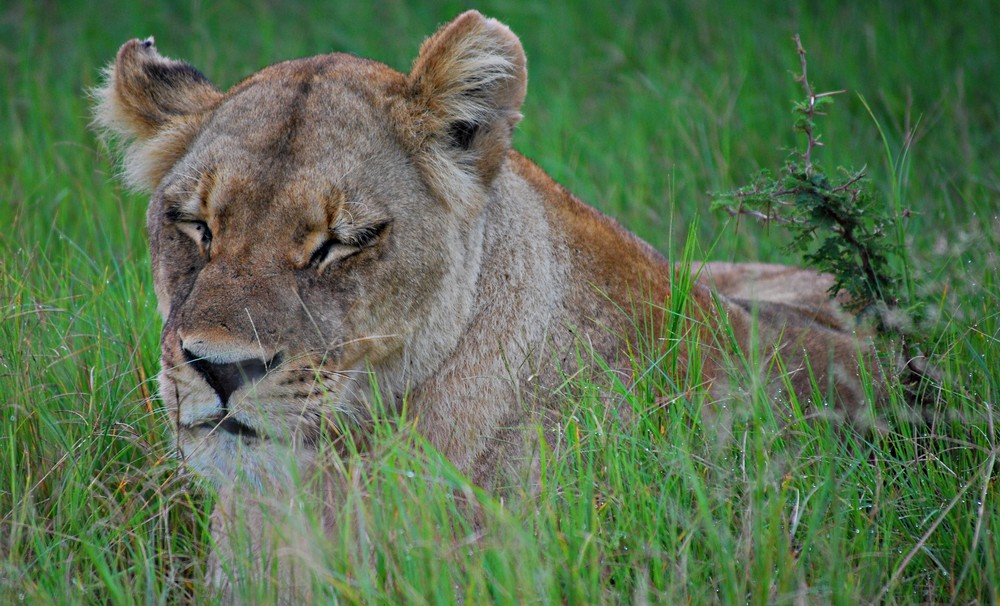 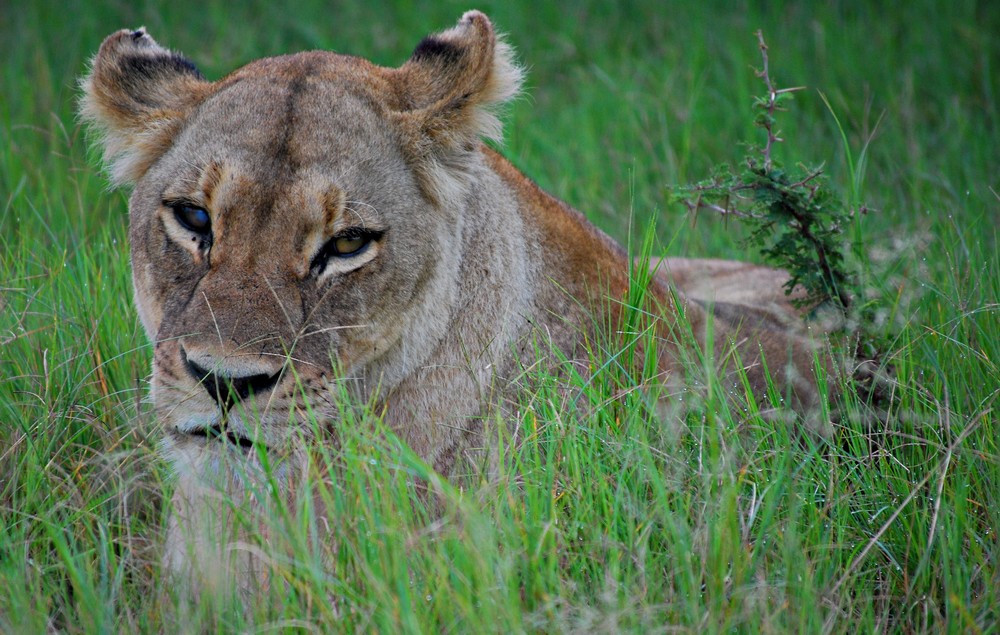 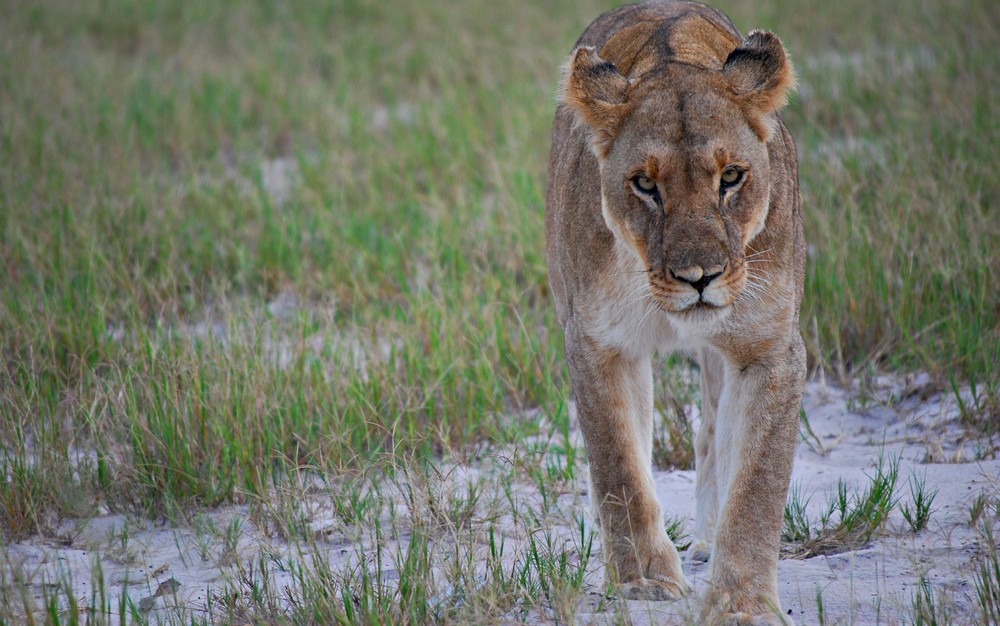 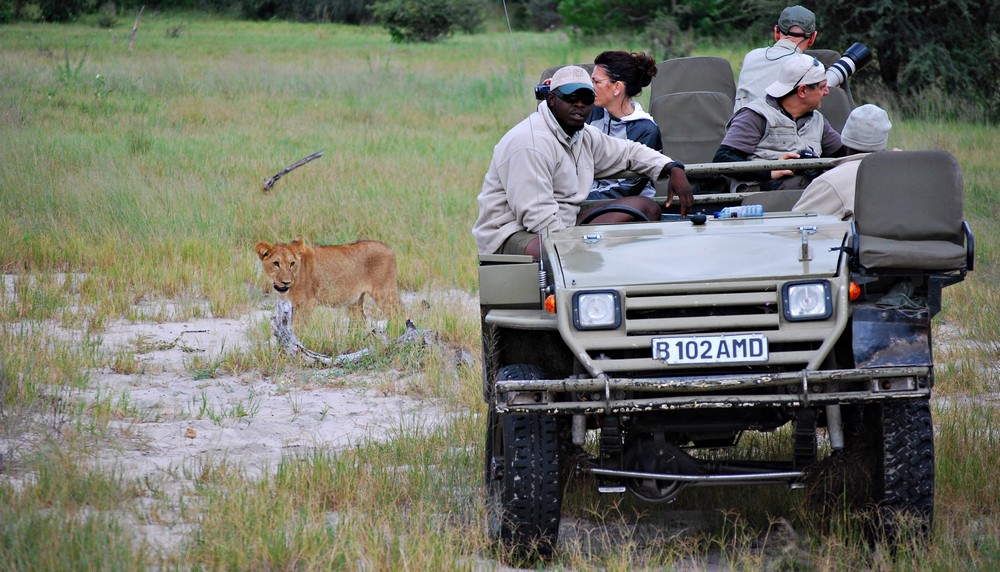 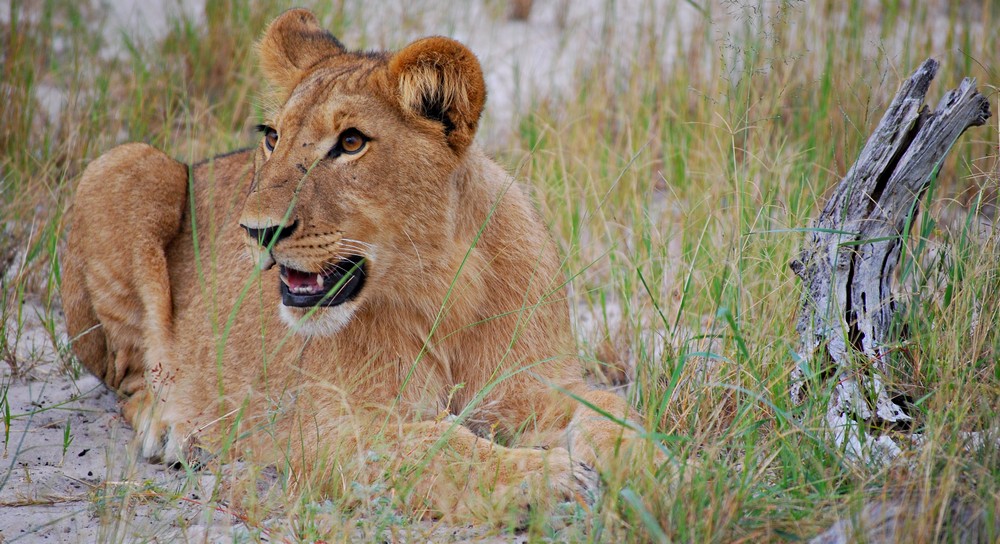 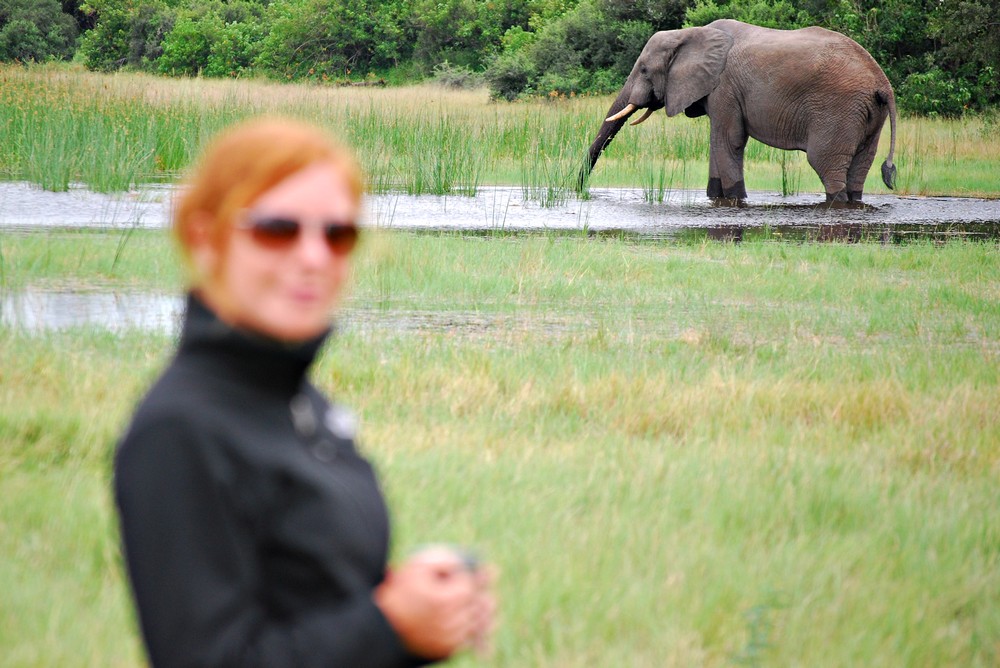 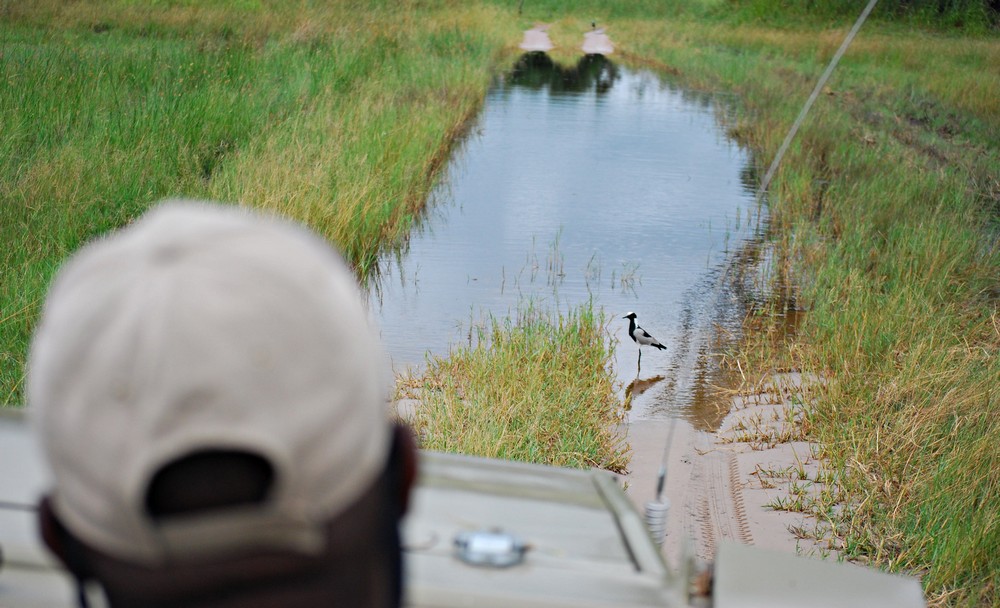