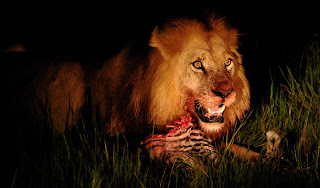 May 11th, 2011 (February 2011) - Few experiences in my life have been more stirring than my night with nine members of Panthra leo. On our second evening in the Okavango Delta our gamble on a discounted off-season visit paid off…..big time! While we were enjoying sunset tea (How bourgeois!) a call came in over the radio: Lions had been spotted. My response was basically, ‘F the tea and crumpets! Let’s haul ass!’ And so we did.

Background: The sun had just set and prior to our arrival a pride of nine lions had recently ‘murdered’ a fledgling zebra (awwwwwww!).  Although bachelor males do indeed hunt once they become part of a pride with their own family it is more often than not the women that do the heavy lifting when it comes to food. This instance had been no exception. Evidently, the three lionesses of the clan were in the process of feeding themselves and their cubs when the lone male in the group asserted his patriarchal authority and purloined the recently departed.

This is when we arrived. Another vehicle, using its headlights as a spotlight, was focused on the ‘thief’ while the females and their brood (five in total) were about a hundred feet away looking on, totally dejected, as the husband/daddy selfishly enjoyed the fruits of their labor. Just like a man. Bastard. One lioness still had a bloody chin. We then pulled up in front of the male and watched the cruelty unfold. We just sat and observed the cantankerous kitty slowly devour a baby zebra from the ass end. It was simply mesmerizing. Equally intriguing was the soap opera that played out before us. Every so often one or more of the kids would edge closer and closer in hopes that daddy would stop being a gluttonous hog and spread the wealth. He was having none of it and articulated his lack of beneficence with a menacing growl. This, unfortunately for the kids, is the natural order of things in the world of lions.

As I mentioned in the previous post our 4wd drive was completely open and exposed. Normally, I am fairly composed in the presence of wildlife but I have to admit there was something a little unsettling about having a female lion walking close enough to the rear of your vehicle (where I was sitting) to rub up against it. I leaned over to have a look and was no more than two feet away from the pretty kitty. I could hear her breathing.  Nothing will make your heart rate spike rapidly like the whisper of ‘Don’t move’ from your guide. Having said lioness look you directly in the eye will do nothing to soothe your anxiety. I [colorful expletive] loved it!

From what I was told as long as you stay calm, make no sudden movements, and remain seated everything is hunkey dorey. Do something stupid like stand up and you are no longer a part of the solid mass. You are singular, distinct and could very well be perceived as a threat. Not a good position to find yourself in the presence lion cubs. Stories were passed around later about an instance where an unfortunate soul stood up in a similar vehicle in the company of a leopard thereby instigating a vicious attack that left the occupants alive but severely injured. No one wants to that guy.

In the beginning there were two other vehicles alongside ours but we found ourselves alone after about thirty minutes. This astonished me. You fly thousands of miles, spend thousands of dollars, and when you encounter one of nature’s most enchanting dramas you do what? Go back to the tent for dinner and a snooze. ARE YOU FUCKING KIDDING ME?! Who are these people? You couldn’t tear us away. We had our own vehicle and front row seats for a wildlife reality show. We weren’t moving for dick! I had to see the conclusion. [Insert dramatic voice over here] How would the story end? Would daddy’s heart soften a bit prompting him to relinquish a bit of meat to feed his hungry family or would he go on being a miserable prick? If you chose ‘b), miserable prick’, you just won a free zebra throw rug!

One of our fellow guests at Kwara Camp in the adjacent vehicle did not share our enthusiasm. In fact he found being this exposed in the presence of potentially dangerous felines altogether unsettling. He was borderline petrified and even prompted his driver to back off a bit. We learned this when an American named Fred asked to hop into our vehicle after his party (to include Mr. Scaredy Pants) decided to call it a night. We were more than happy to oblige as we sensed that his level of fascination was on par with ours.  So we sat. We watched. We waited. Witnessing an adult male lion engulf a baby zebra in its entirely is not an easy thing to describe. I can almost still hear the bones crunching in his mouth and the glare of the zebra’s open eyes will forever be etched in my memory. Incredible. Just plain incredible.

However, I would have to say the highlight of the entire evening was listening to the deep drawn-out roar of the three females. To sit there in complete darkness listening to the guttural quasi-howl of three lionesses bellow in unison is enough to hypnotize any mortal (or immortal for that matter). Absolutely magnificent. It is moments like that which make you feel like the luckiest person on the planet. Such moments are exceedingly precious and far too rare. How many do we really get?

The finale (at least as far as we were concerned) came when Grumpo dispatched with the head of the unfortunate zebra, skull and all. Ever watch a lion lap up zebra brain? Try it. When all that remained was a bloody patch of grass we fired up the 4wd and made our way back to camp. Our guides, Kenny and Mopani, were happy to move on. Although late night game drives are fairly common we had been sitting in one place for the better part of three hours and did not get back to camp until after 1:00 am (or was it 2:00?). The ride back was a bit adrenalizing as well with elephants crashing through the forest and another pride of lions seemingly on the prowl for a meal. I did not have the heart to request we stop and have a look. No need to be greedy I suppose. Still, I had no desire to sleep. I would have been happy to stay out all night. 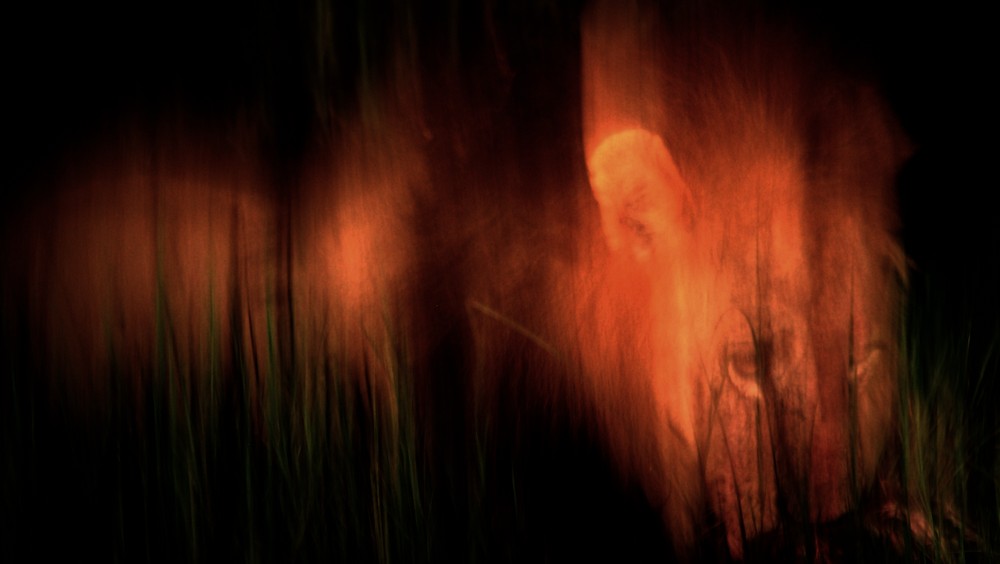 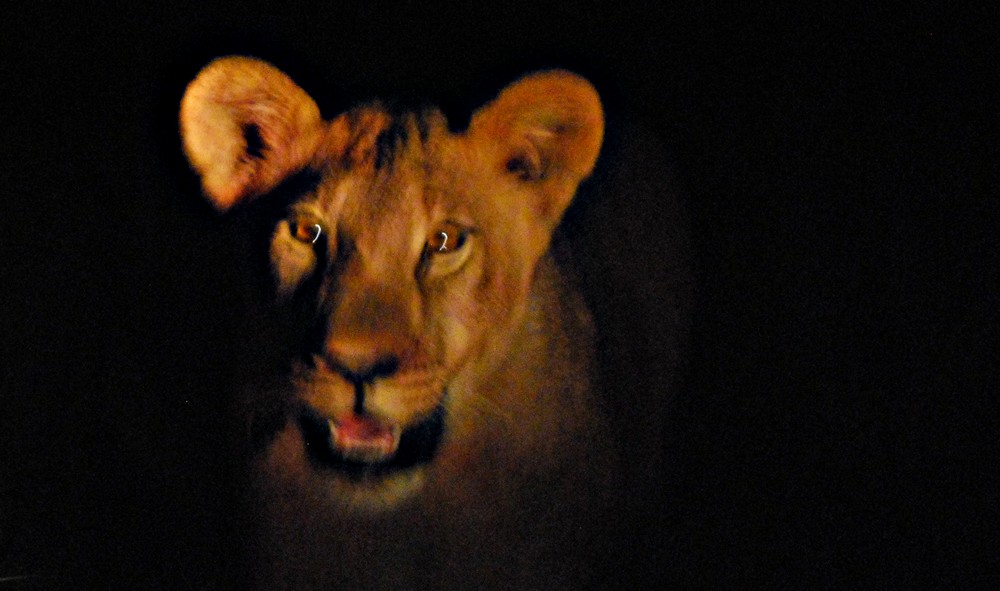 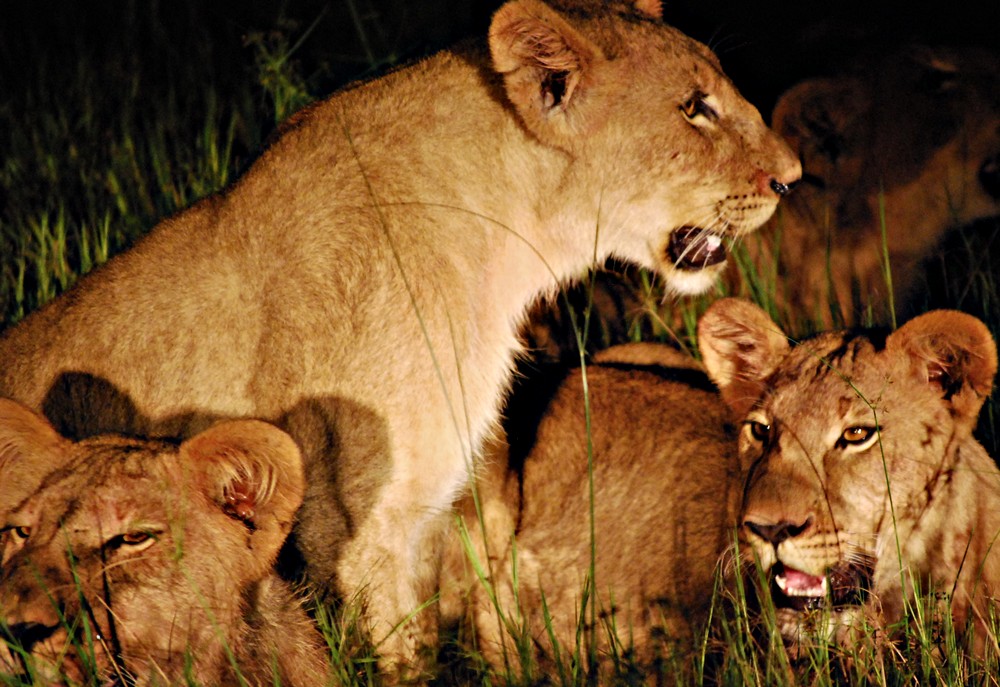 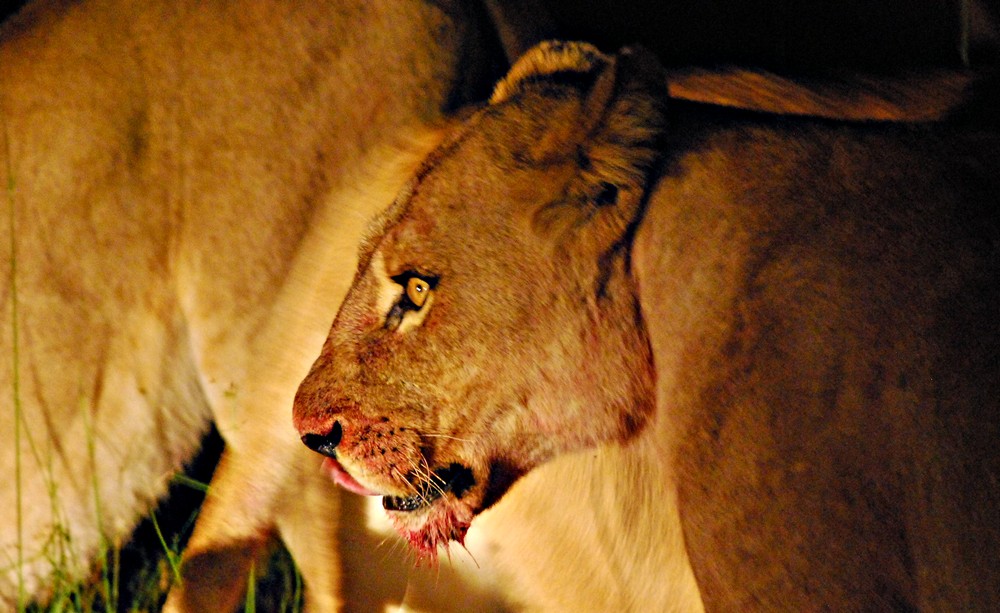 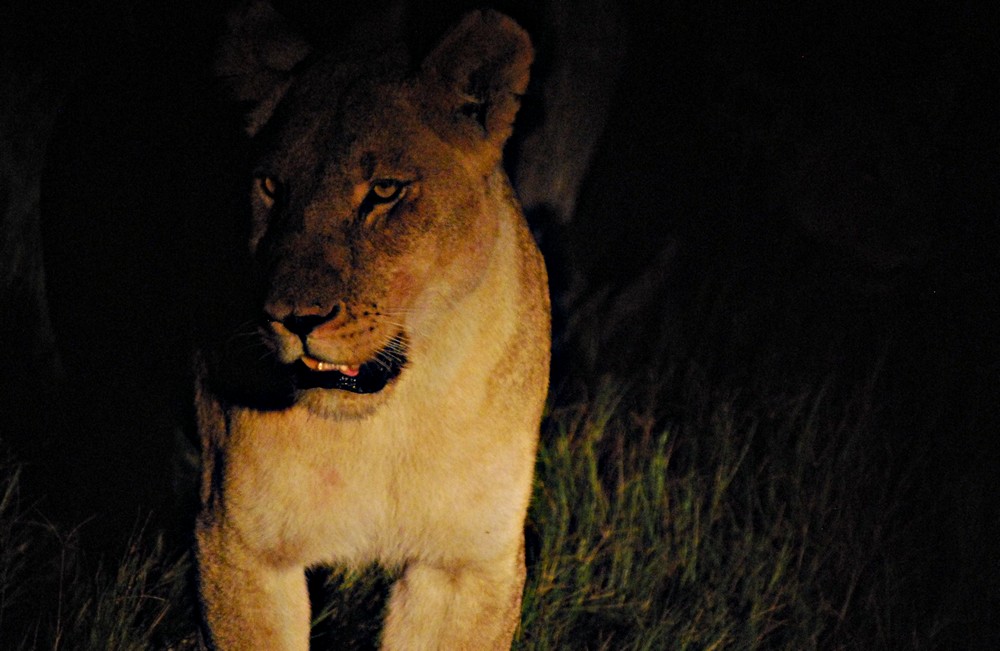 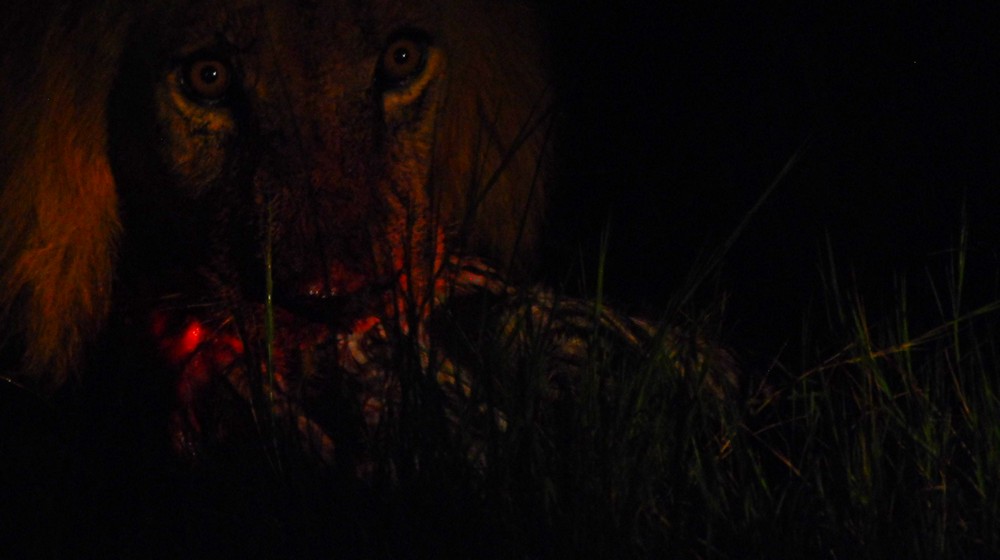 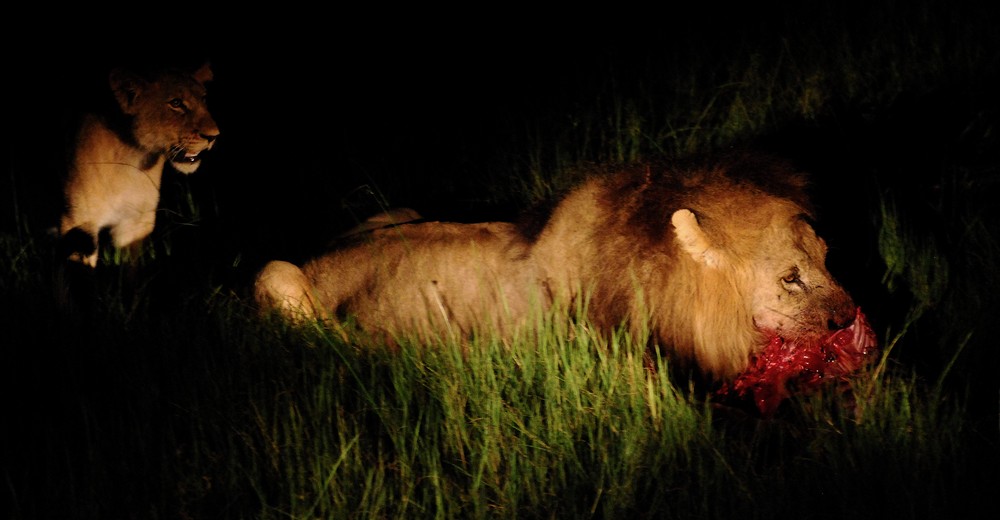 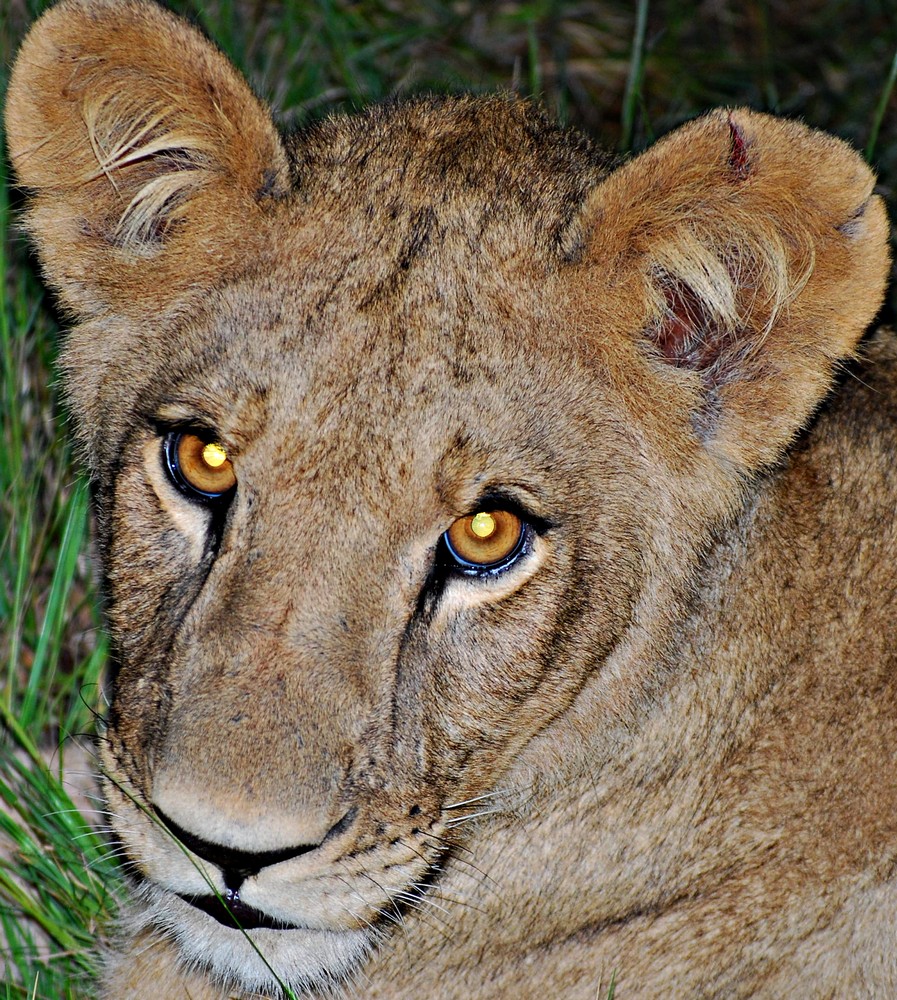 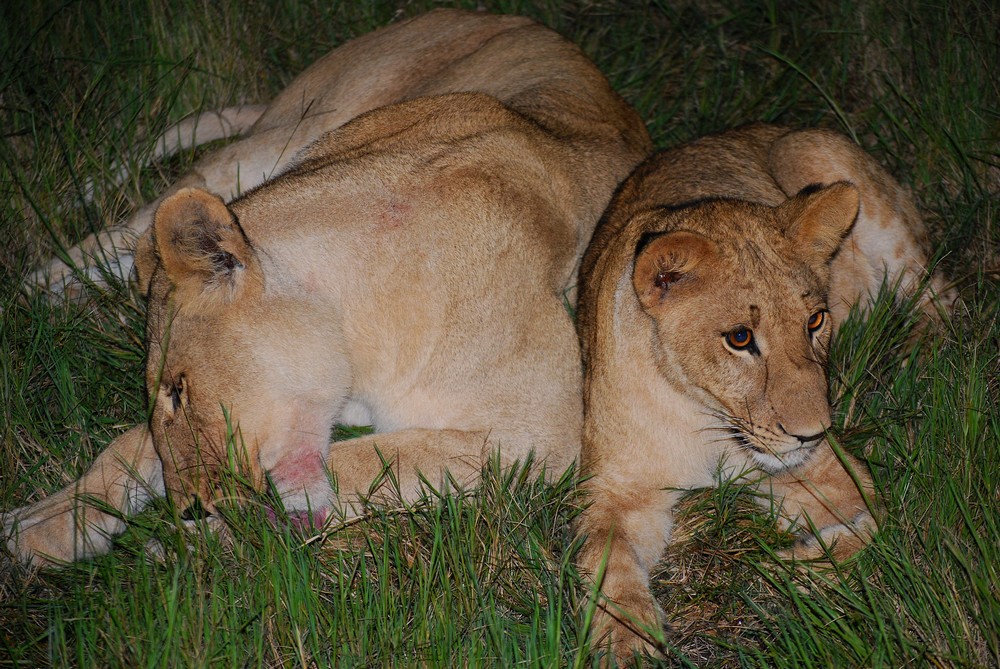 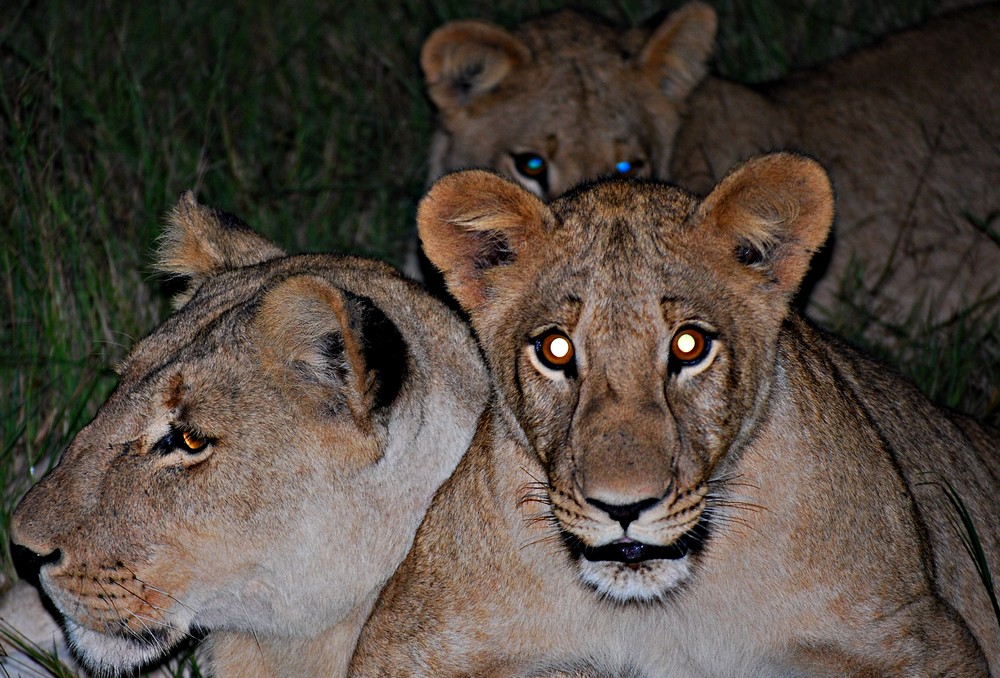 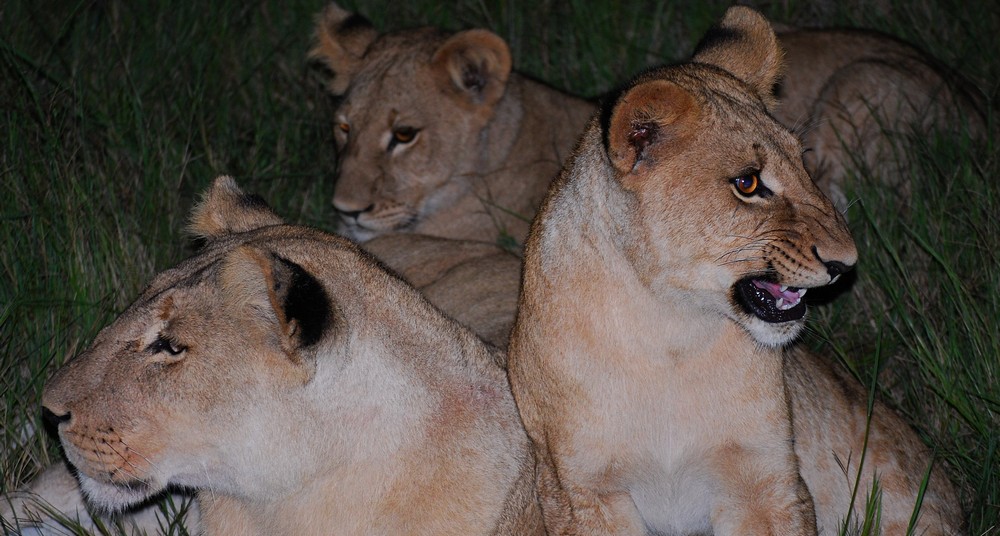 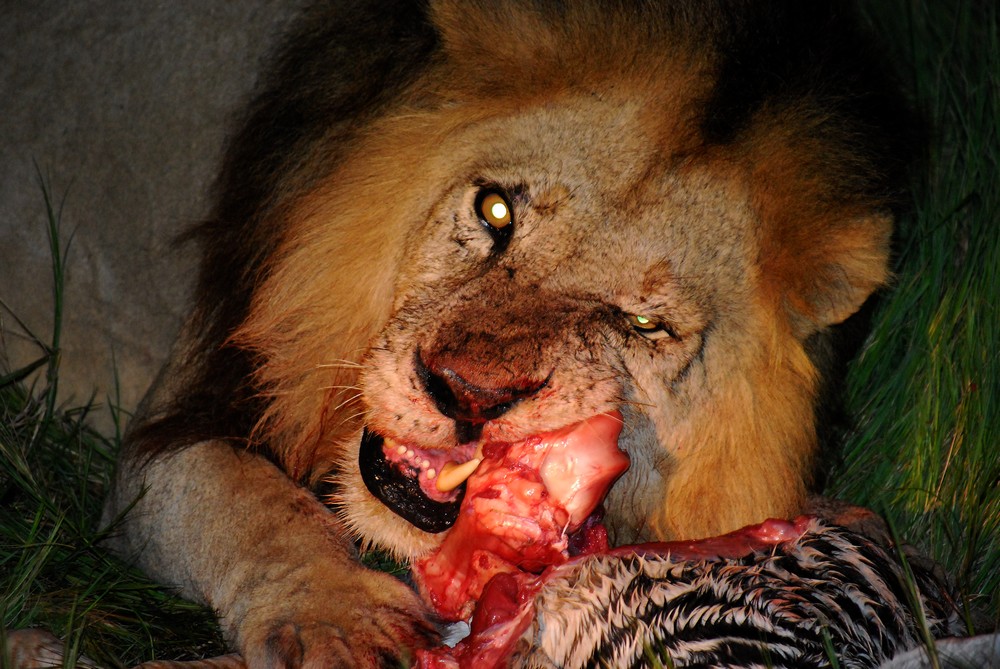 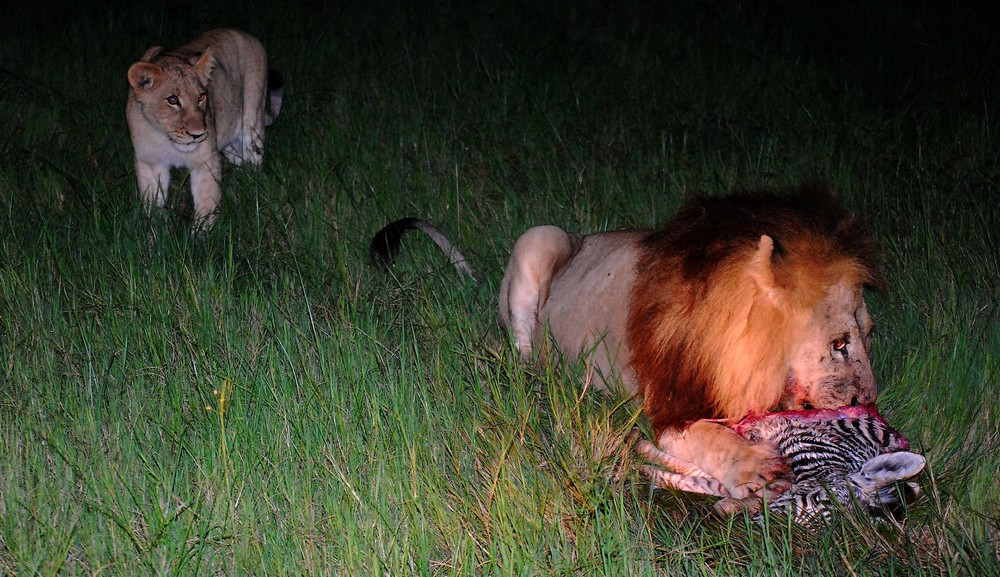 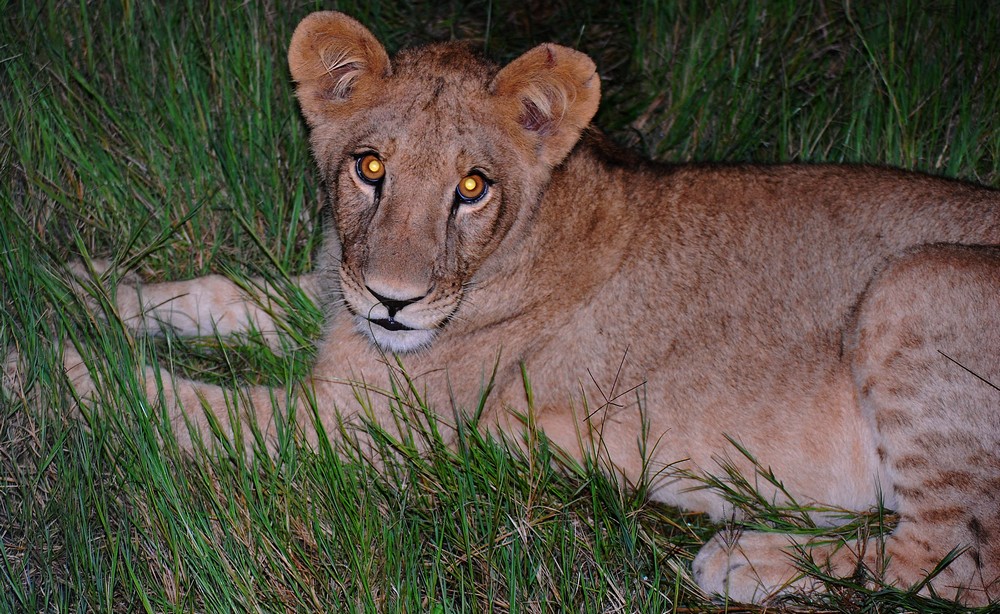 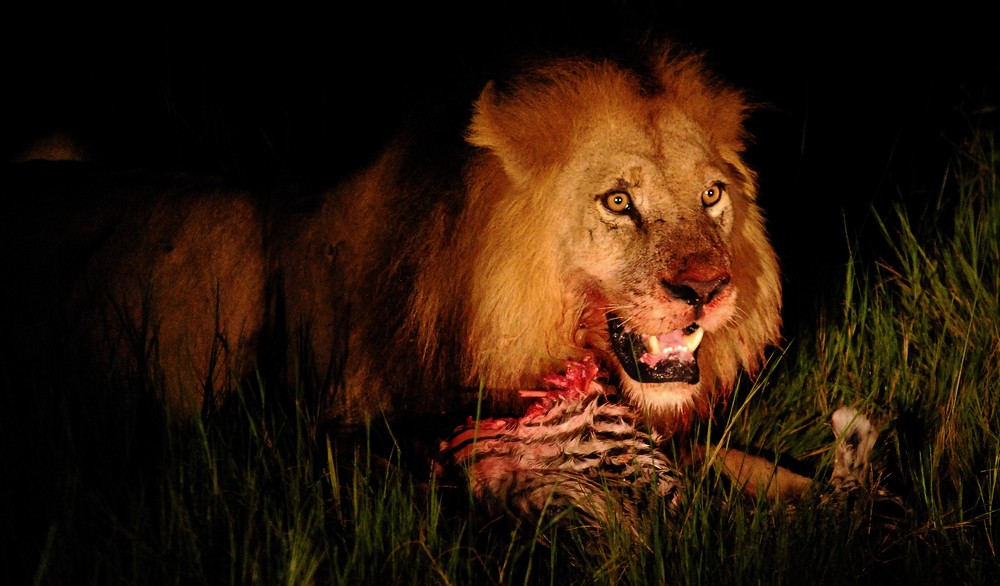 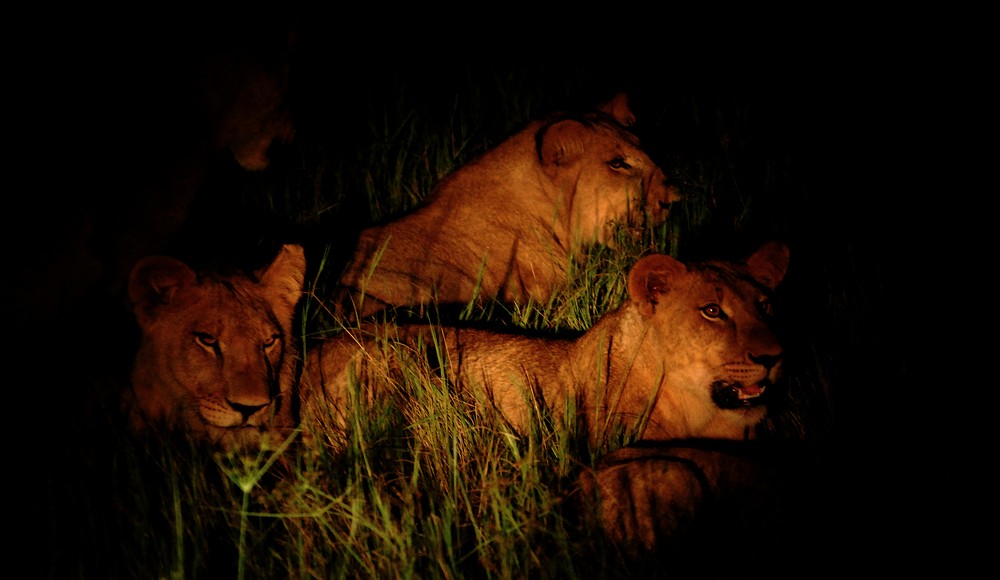 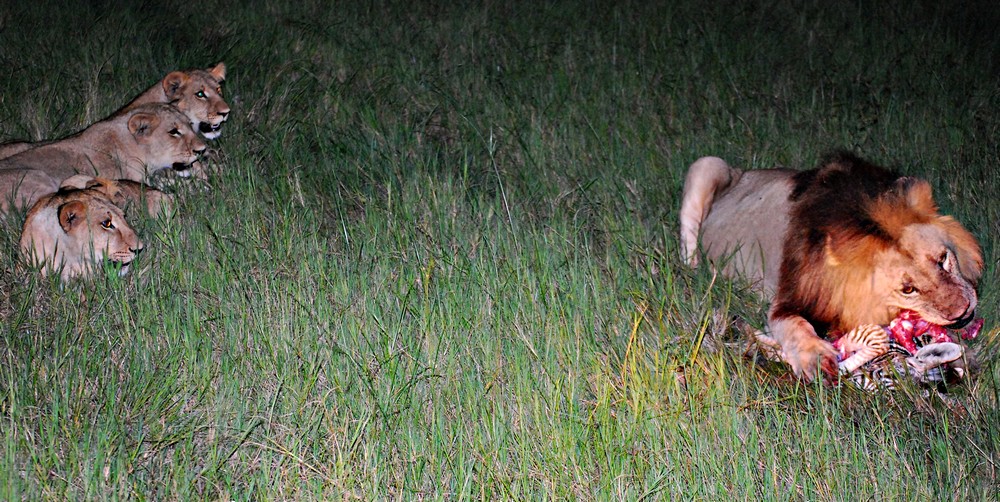