May 9th, 2011 (February 2011) – We rose early and made our way to the Namibia/Botswana border. The security situation at the borders is a bit lax, so much so that it is entirely possible we could have driven through both checkpoints undetected. This probably explained why an immigration official on the Botswana side was a bit ticked off when I drove past the office to park the car. Apparently, I could have just kept going with little threat of being stopped. Oops 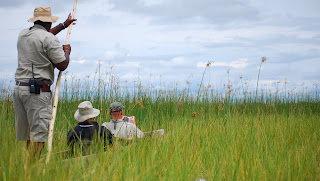 While waiting for our paperwork an elderly gentleman returning to Botswana asked us for a ride. Actually, it was more like pantomiming as he spoke nary a word of English. We wanted to assist him but we did not think we had enough space in the Spark for another person, at least not without jettisoning some of our junk. He was having none of it. After we left the office he followed us to the car and awaited his chariot. I am sure he could have hitched with the next vehicle to cross but this man was impossible to deny. Age had chiseled this kind soul into a work of art and only the hardest of hearts would have been capable of saying no.

Lucky for him I'm not  complete prick. So I managed to rearrange just enough space for Mr. Bots and his luggage.....barely. At that moment I felt a little ashamed to have ever said no in the first place. Not far into Botswana he gave us the signal and we pulled off the road to let him out. He was incredibly grateful. However, nothing in life is free. We forced him to pose for a picture. 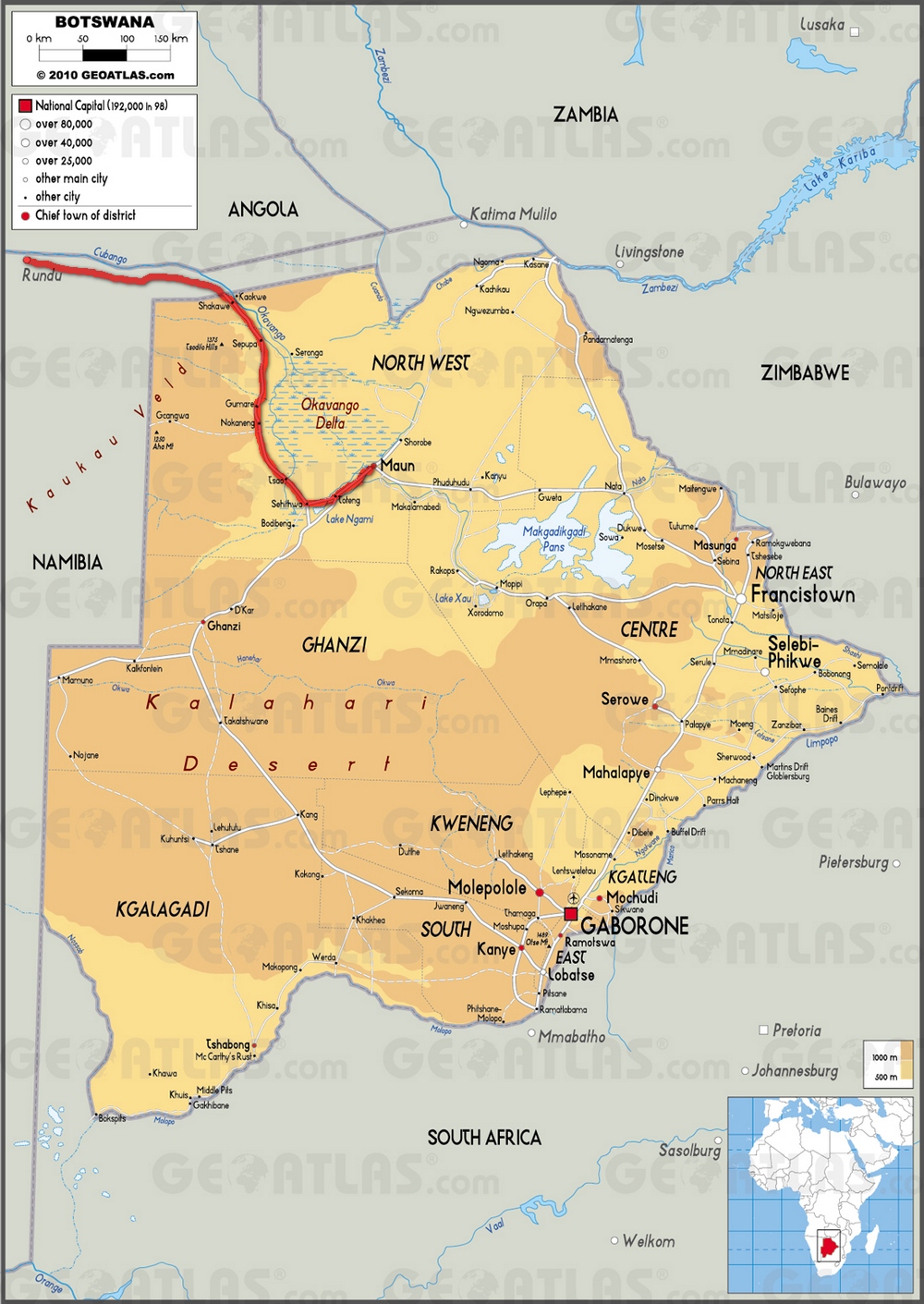 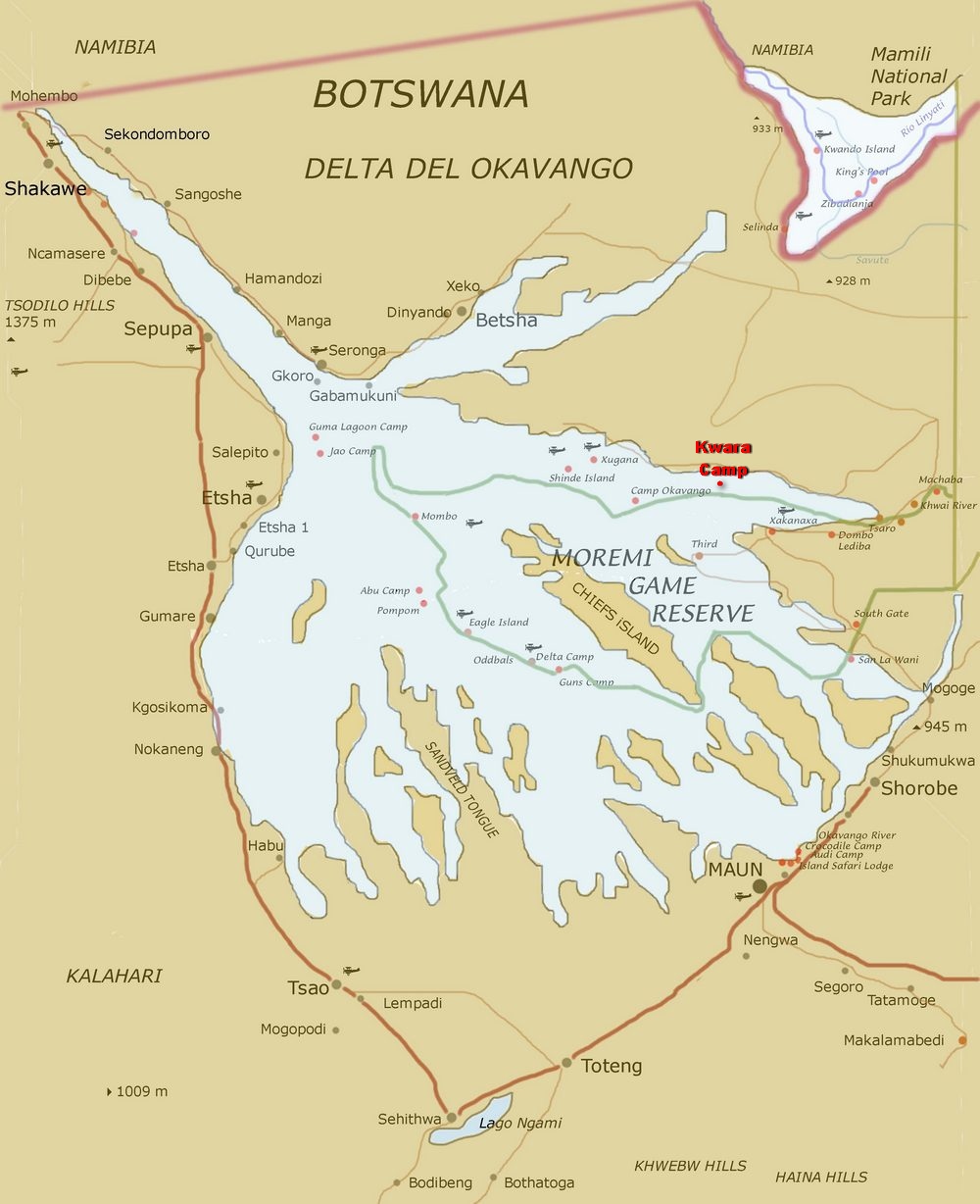 Botswana was incredibly green and lush at the time but there was still a noticeable lack of human presence. And the settlements we did see reminded us much more of what most people conceive as 'Africa' (as opposed to the slightly incongruous development we found in Namibia and South Africa).

Another long day in the Spark. The road was decent but the occasional 'pothole of doom' prevented me from daydreaming. Fuel can be a problem in that region so anyone heading that way in a vehicle should make it a point to fill up at every opportunity. A station we stopped at in a small village along the way was out of petrol.

The speed limit along the northwest road from Namibia through Shakawe is 60 km (or 37 mph). Not exactly formula one. However, in addition to the aforementioned potholes you also have a plethora of livestock to contend with all along the way. 60 km is still a bit conservative but as neither of us wanted to experience a 'Spark vs Donkey' head to head match up I kept it slow.

We concluded the day in Maun, otherwise known as the gateway to the Okavango Delta. Can't say the town is anything special but the Delta is, well, something else. It is worth a trip during anytime of the year but the dry season happens to be prime time. This is because a lack of dense vegetation prevents los animales from hiding out. The wet season is a different story and key sightings can be few and far between. Guess when we arrived?

To be honest it was just as well. Botswana is the premiere safari destination with the Okavango Delta region representing the crème de la crème crème a la crème of cream filling. But you are going to pay for it...dearly. This is one reason to visit during the wet season. Prices are substantially lower. Could we really afford it? Nope. We just figured what the hell. Might as well as go for it.'You only live once but if you do it right once is enough' (Mae West). It turned out to be worth every mutha fargin penny.

After a bit of research we decided on Kwando Safaris where we were to spend two nights at their Kwara Camp. Part of the package includes flights in and out of the Delta. We are that fucking important. There is no better way to get grasp the beauty and size of the Okavango Delta than by air. During the wet season the view is particularly spectacular. Normally, folks land on an airstrip a mere ten minutes from the camp but it was unserviceable due to the rains so we were forced to land about an hour and a half away. Not a problem as the ride basically constituted an extra safari in an area right out of a postcard.

Kwara Camp is situated on Kwando's private concession which means they have exclusive rights to the area (i.e. no large tourist herd here). The camp is on a large lagoon teeming with life (the hippos were particularly vocal). Our camp was the last one on the end and shortly long after arriving an elephant came not 80 feet from our room to tear the bark off a nearby tree. I went as close as I dared ever mindful that these giants have been known to stomp a soul or two.

And there were lion tracks (a lioness and her cubs) in front of our room. We were instructed not to wander around at night and if we did notice some local fauna loitering outside our place to stay put as an employee would come to fetch us eventually. It is imperative to lock your room and pack your belongings tightly as the constant threat of baboon incursions is always a possibility. If things did become dire we had an air horn to summon help. Nothing says safari like the not inconceivable chance of getting mauled by a lion, crushed by an elephant, or robbed by a baboon. I like it.

The first day and a half was extremely pleasant but not particularly eventful. Elephants, giraffes, various gazelles, and all kinds of birds crossed our path frequently. And on our first evening game drive we met some hippos strolling near the road, as they often do at night, to feed on the grass. Those fat bastards are surprisingly agile.

Our transport vehicle consisted of a semi-amphibious 4wd with no roof. As you drive around you are completely exposed, great for wildlife viewing but bad for rain....which it did somewhat vigorously at times (Our night drive was cut short as a result).

The next day we tooled around the lake in dugout canoes soaking up the landscape and avoiding the the herd of submerged hippos lurking just beneath the surface nearby. Water lilies, tall grasses, miniature frogs (specifically the illustrious but diminutive Painted Reed Frog - description and photo), and a calm surface made this a worthwhile excursion. It is hard to overstate the calming serenity of this area. I could almost say it would be worth it even without big game spotting....almost. Little did I know I was about to experience one of these most fascinating nights of my life....... 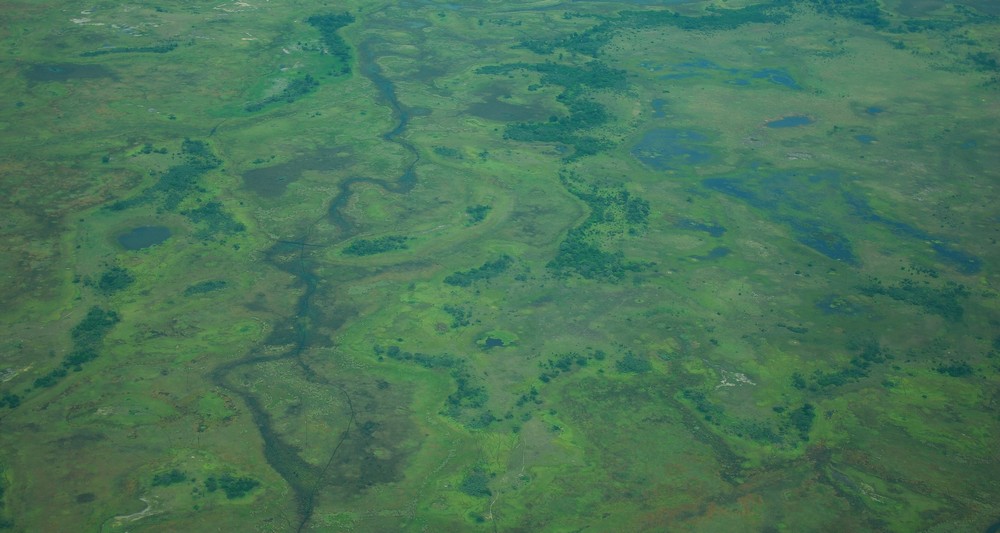 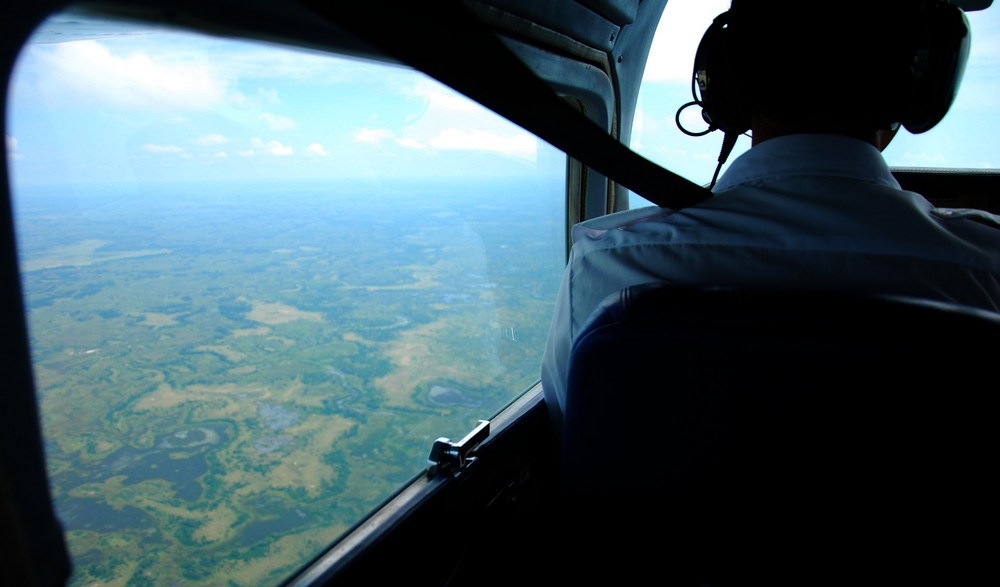 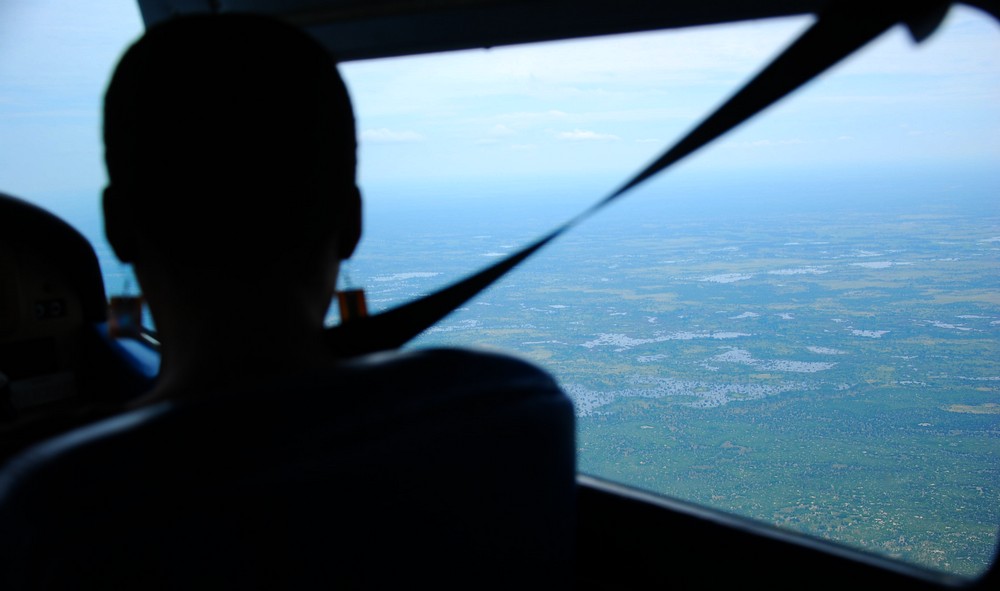 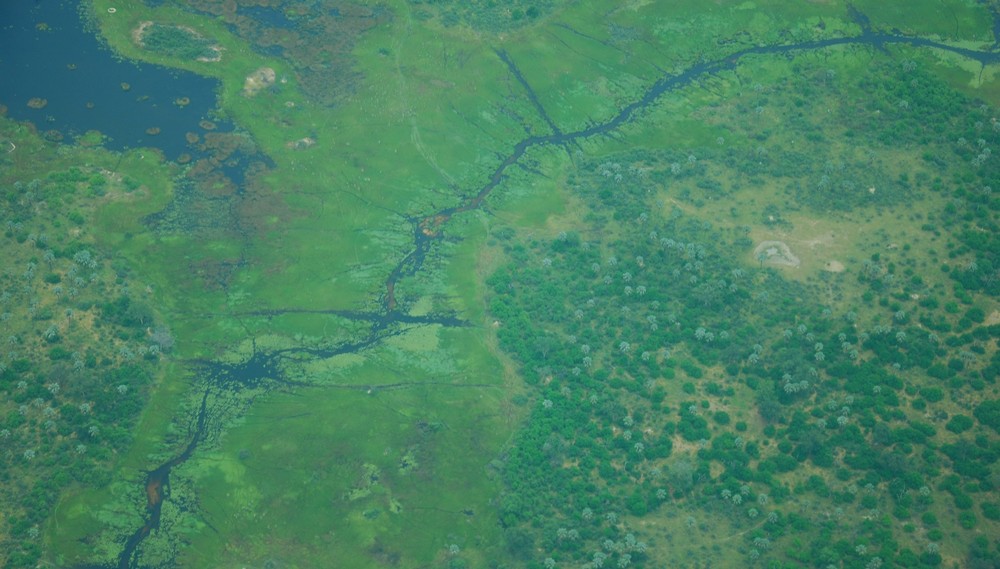 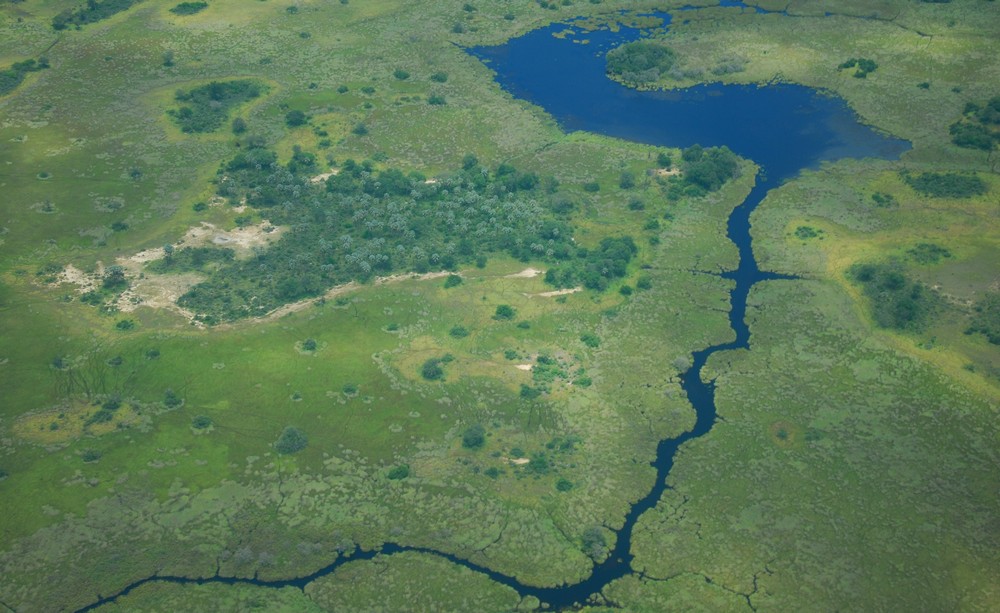 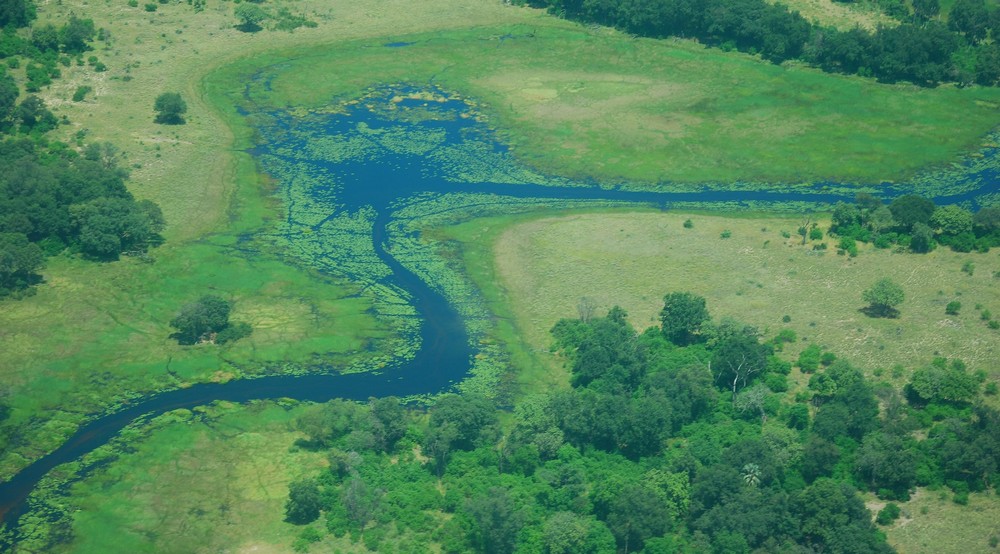 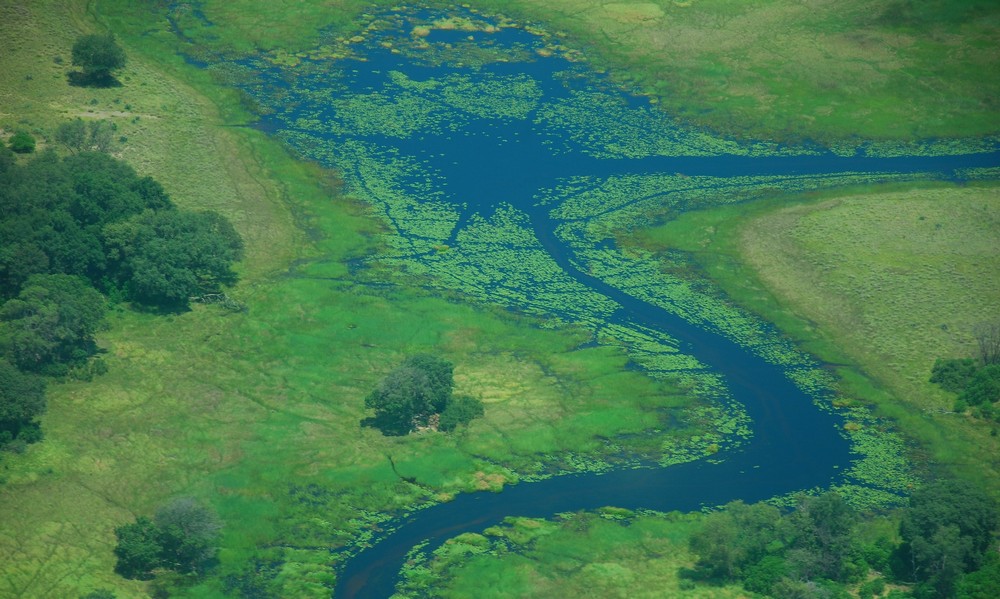 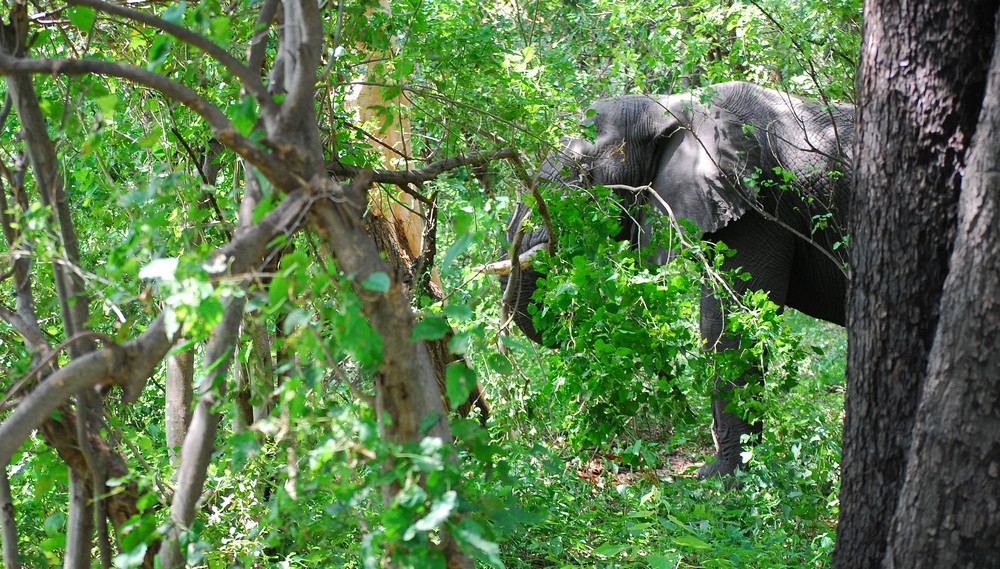 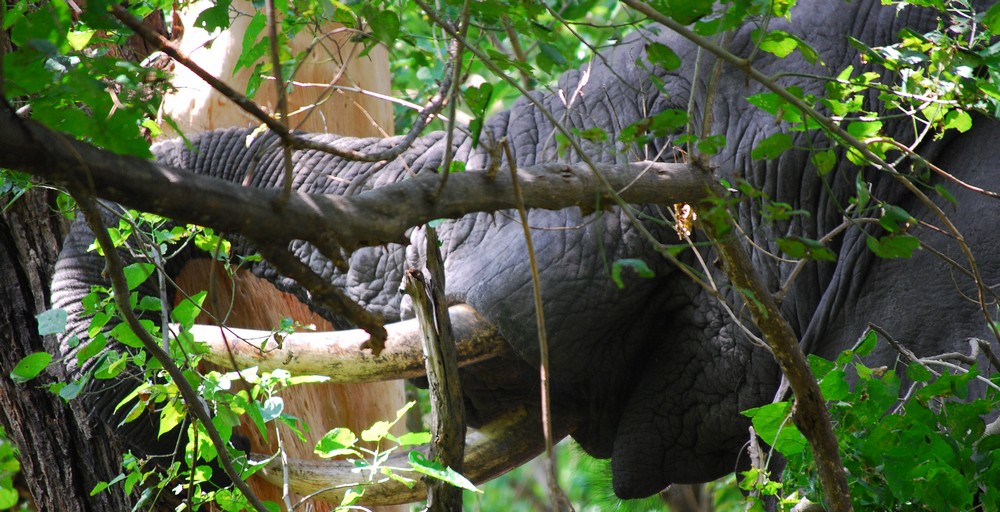 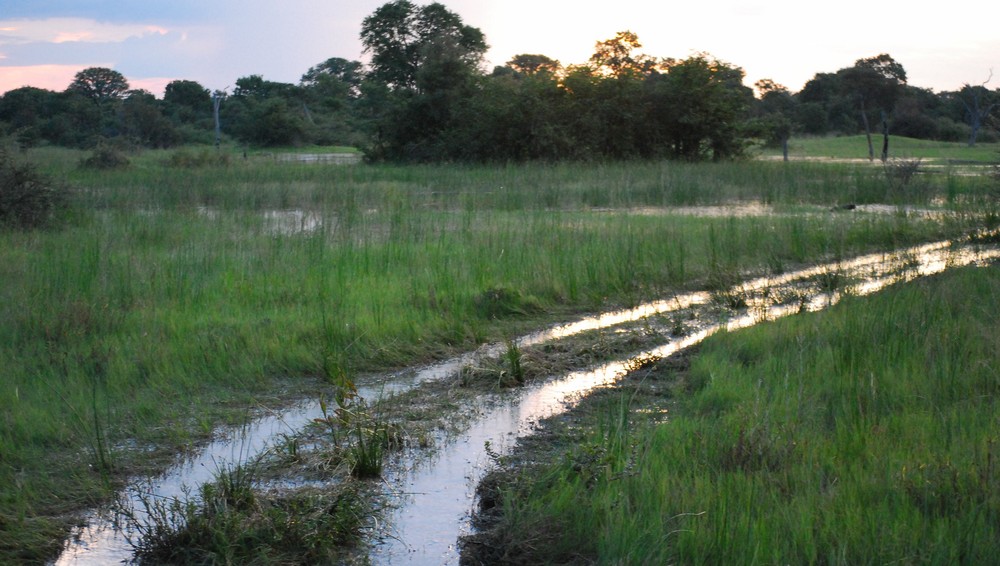 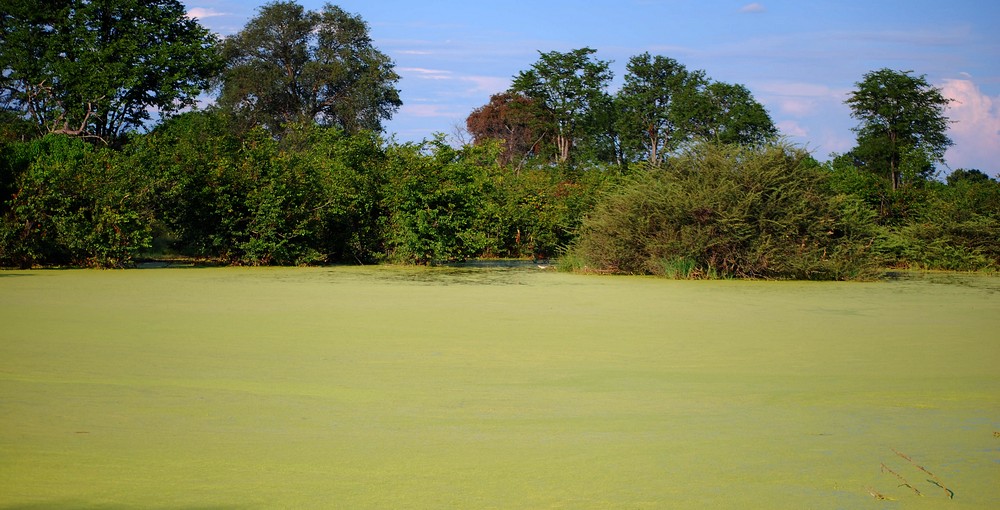 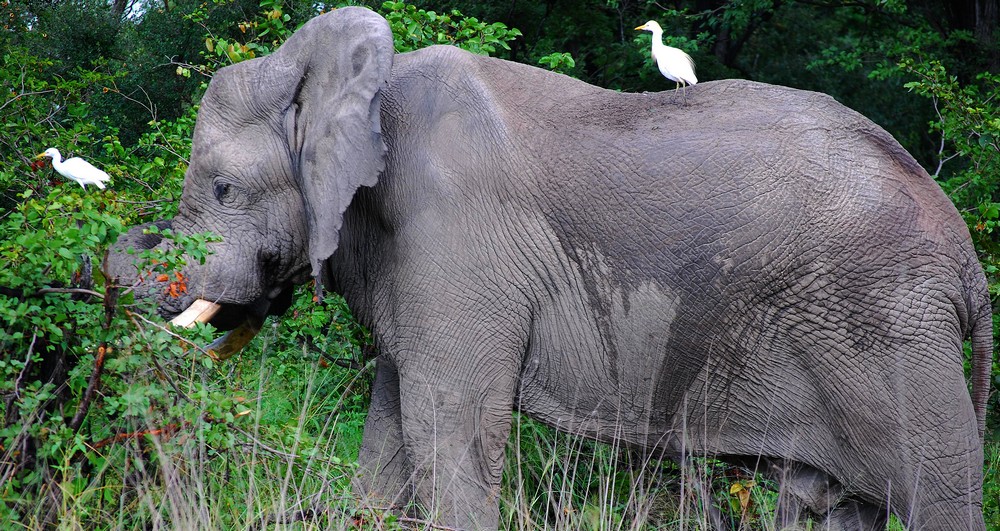 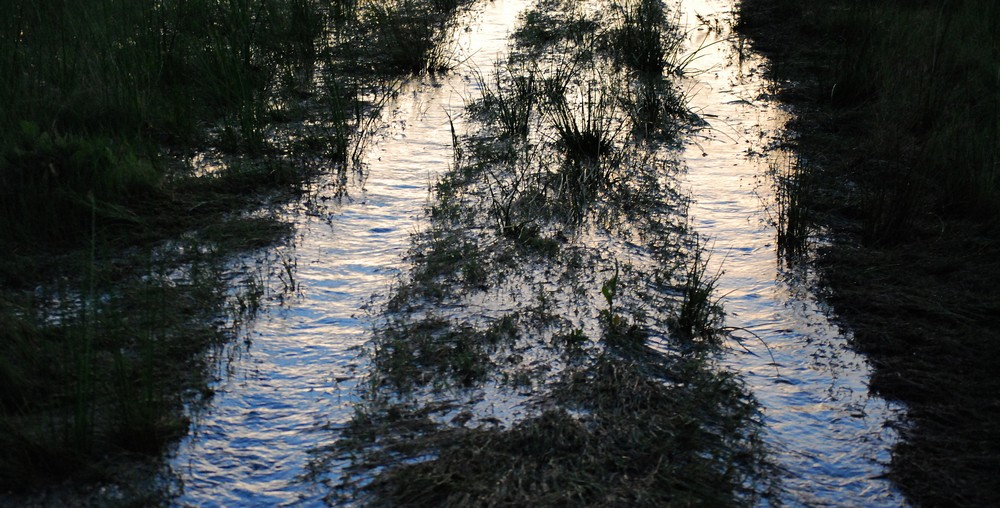 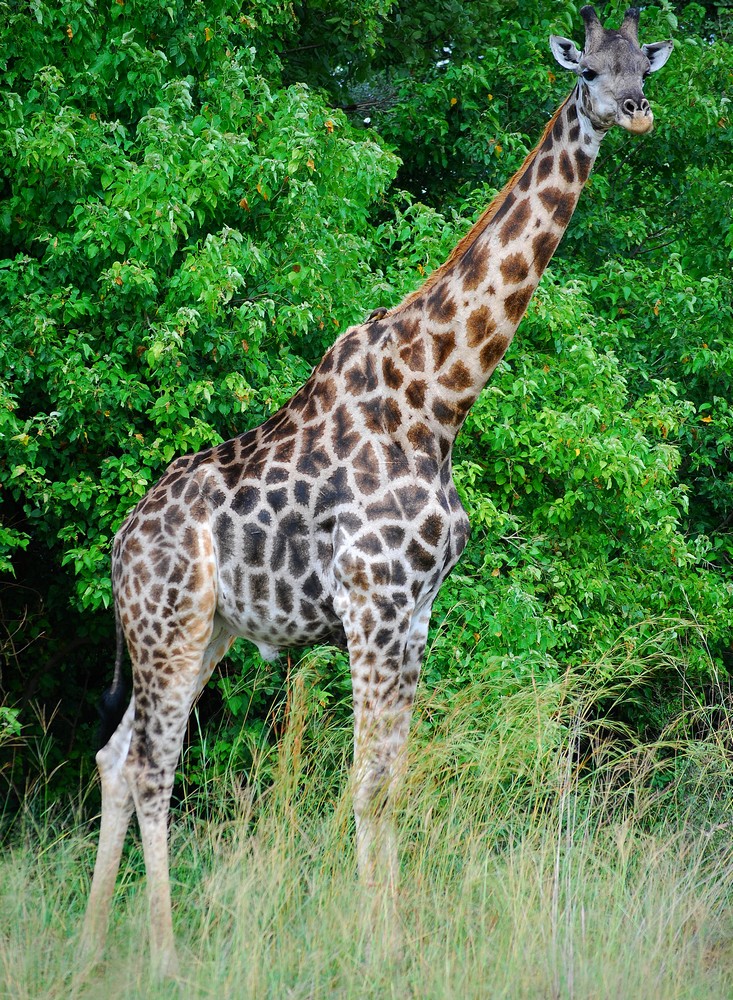 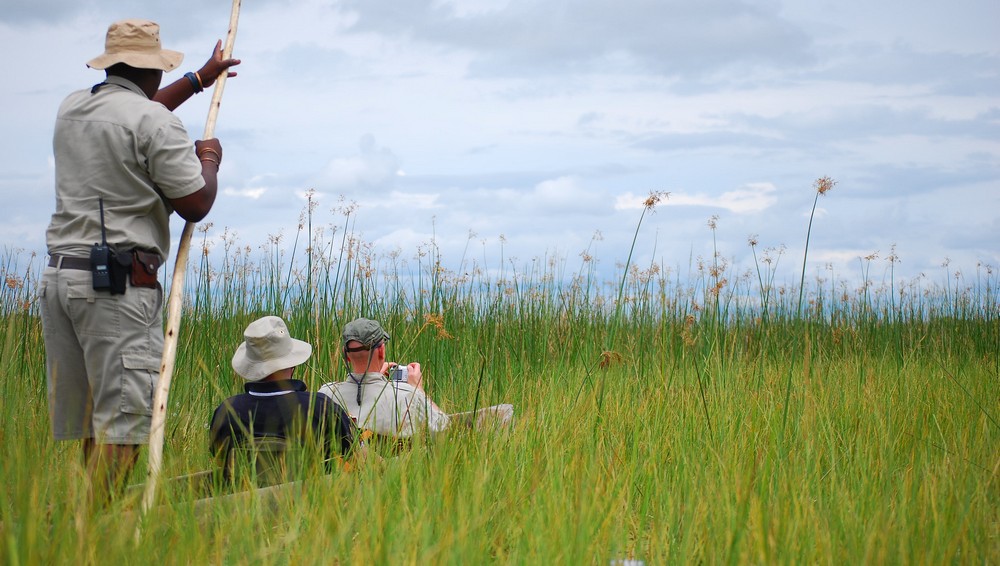 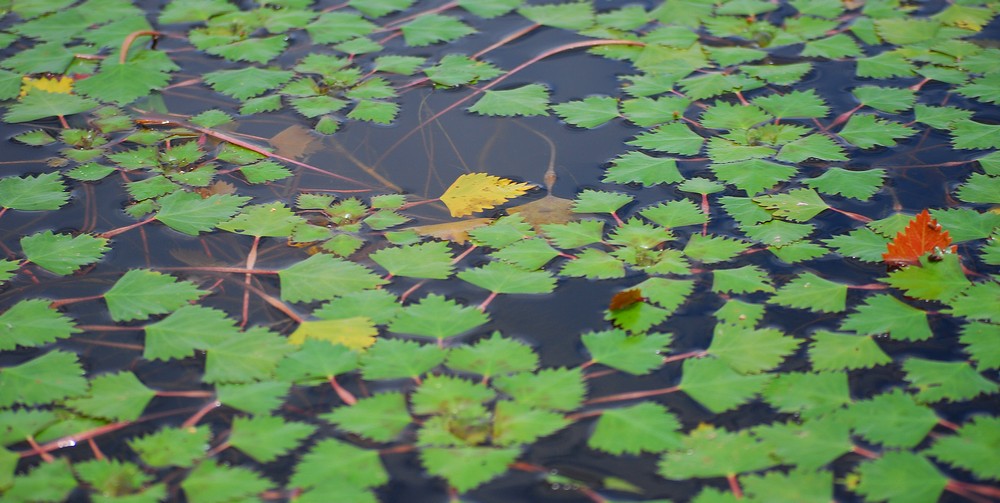 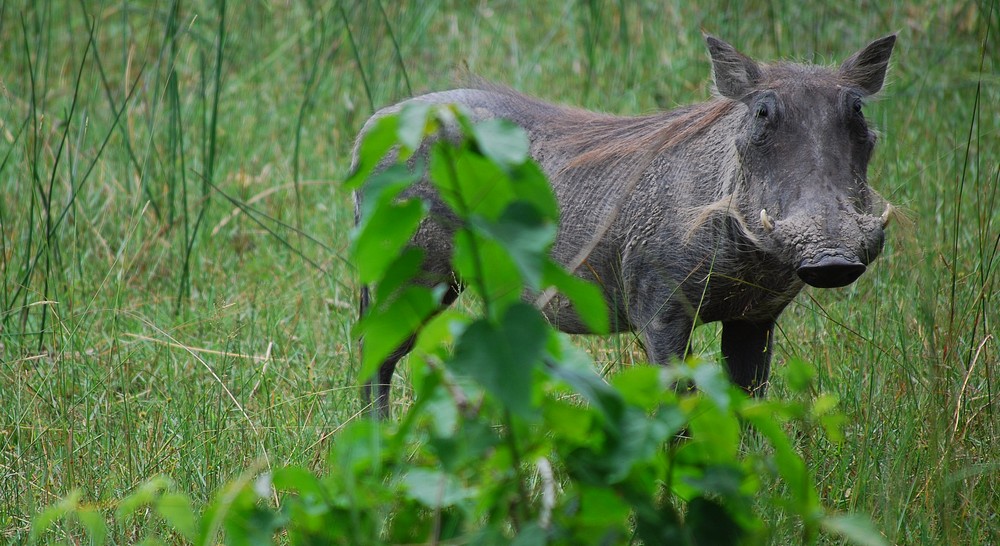 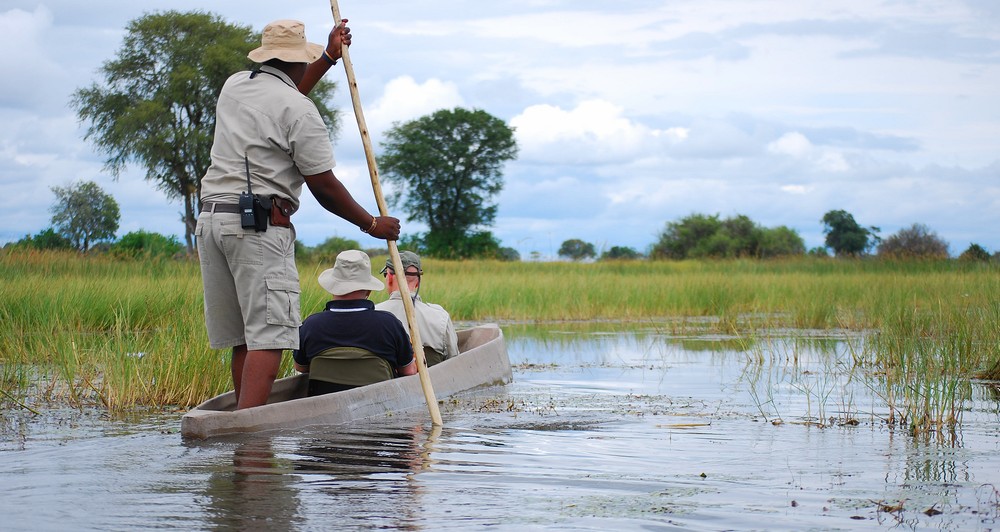 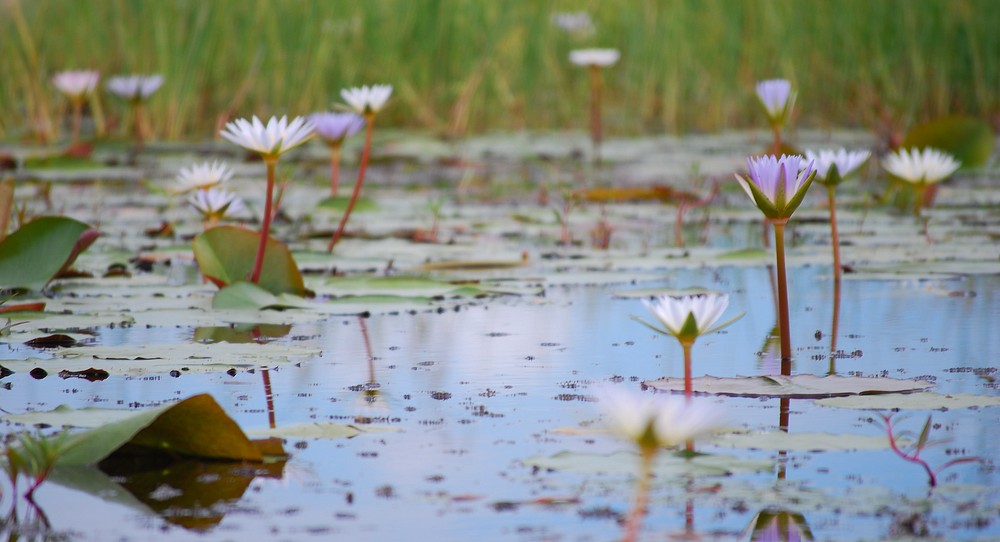