March 14th, 2011 (December 2010) – We believed, erroneously, the taxi driver we hired in Segou would take us all the way to Djenne. Why would he? Instead he dropped us at the ferry point. Had I realized there was an additional 4 km to go after the crossing this lady would hath protested too much. I was not amused. I was even less amused when a gentleman working on the boat extorted 500 CFA from us for passage on the 'free' ferry. Had it not been for the presence of an archeological student from Rice University and her crew I think I would have been unable to subvert the asshole within. However, she had to live and work in Djenne and I did not want to do anything to jeopardize the crew's good standing.

It was not the money (a mere $1), it was the 'pay us or get off the f***ing boat' attitude that nearly sent me into hissy. The ride is supposed to be free because there is no other way to get to Djenne. It is all about delivery. Had they attempted even a modicum of politeness I doubt my dander would have flown wide open. And they weren't just impolite, they were downright threatening. But alas, I relented. Gosh, I'm a real hard ass, eh?

'Djenne's Unesco World Heritage-listed old town, which sits on an island in the Bani River, is one of our favorite places in Mali, not to mention one of Africa's oldest towns.' That is how Djenne's description begins in the Lonely Planet. You'd think by now I would be an expert at discarding superficial expectations. Don't get me wrong, if you go to Mali the village of Djenne is well worth the trip just not for the reasons you might expect.

So we made our way to our hotel (yes, it was overpriced and not unlike a cell on a mental ward) and ate a not so reasonably priced lunch. Beat that dead horse! Beat it!!! Enter Sori. Sori was waiting in ambush so to speak. That's because the dude that arranged our transport in Segou had a friend/guide in Djenne who joined us at our hotel not long after we arrived. Fortunately, Sori turned out to be a good guy and we enjoyed his company immensely. The motorbike tour he led us on the following the day was excellent. 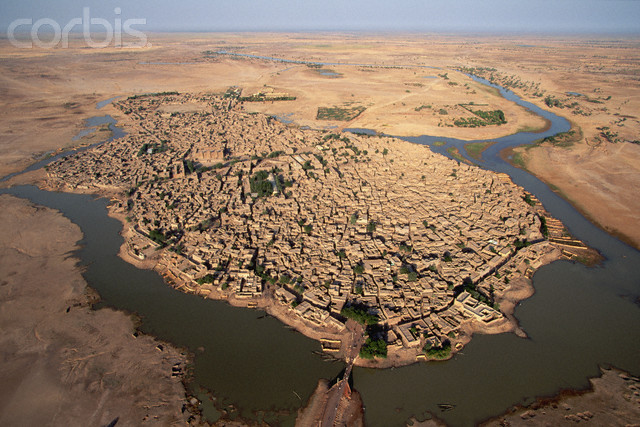 The town is dominated by the central square containing one of the most unique buildings on the planet. The Great Mosque of Djenne is composed almost entirely out of mud bricks and wooden spars. It is the largest adobe building in the world and the current structure dates from 1907. It is a wonder to behold although 'supremely elegant' may be pushing it a bit far. When I hear 'supremely elegant' I think of a high priced hooker, not a scared Unesco site. However, its elegance comes with a price. As you might expect mud brick is not known for its longevity so every year after the rains the mosque must be repaired. During this time people from all over the surrounding area come together to assist with improvements. In fact the wooden spars you see jutting from the structure not only provide support but also aid in reconstruction efforts. The repair of the mosque has taken on a sort of pilgrimage quality.

Can you say Law of Unintended Consequences? The Aga Khan Development Network, responsible for helping to preserve not just the mosque but many of Djenne's unique architectural and cultural sites, created a longer lasting type of mud. Better mud means a stronger mosque, a mosque that requires major repair every few years or so as opposed to annually. Sounds good right? Wrong. The repair of the mosque has become such a part of the local tradition that is not just a ritual but a tangible exercise of devotion and faith. And in a place where hope and despair are close neighbors faith can be the difference between perseverance and resignation. So people were not so enthused when they learned their repair services would no longer be needed each season. For the folks in this region it is a little like telling Muslims that from now on the Hajj will be held bi-annually. 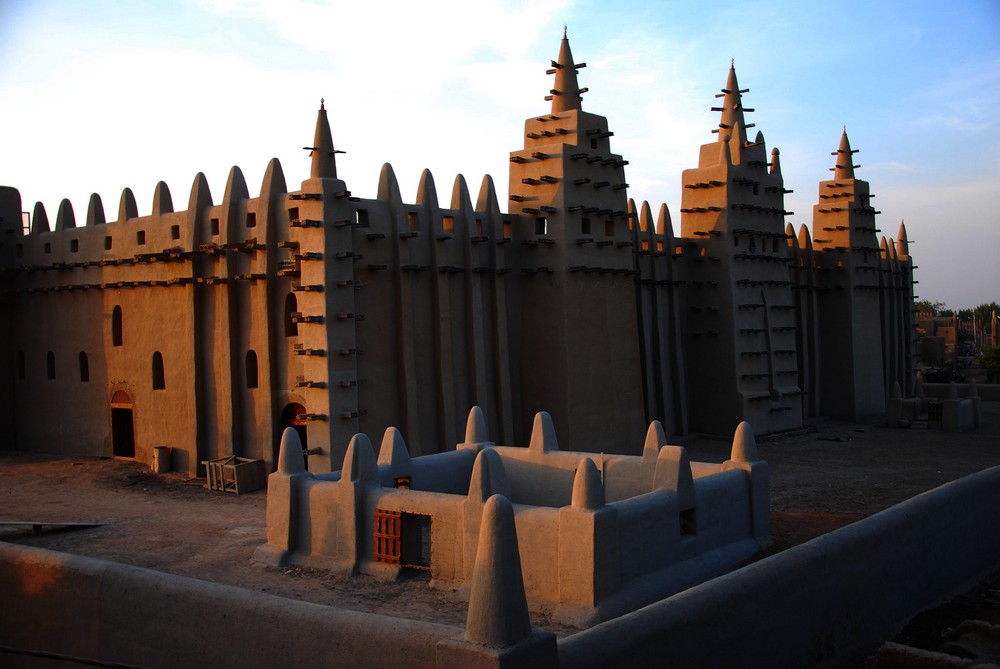 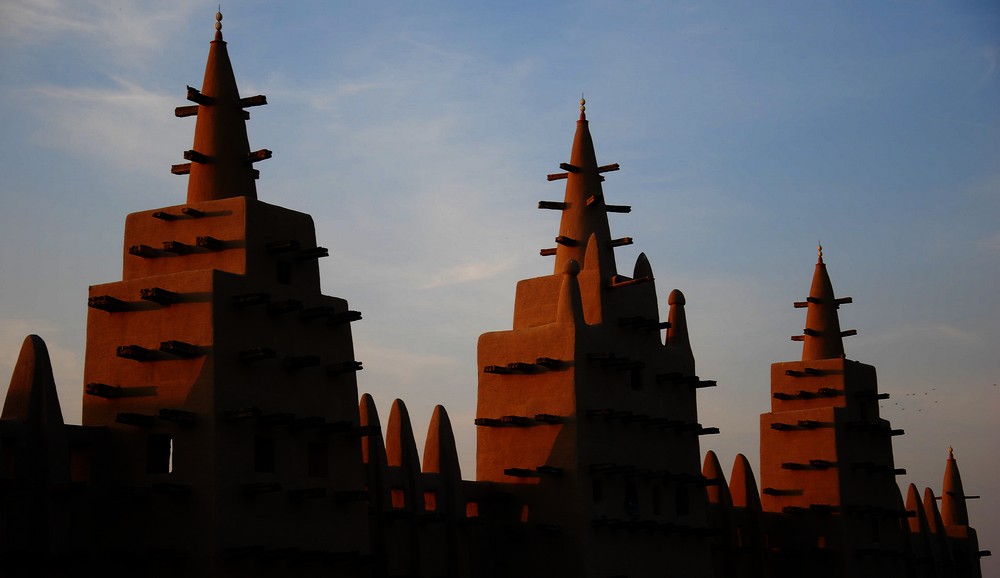 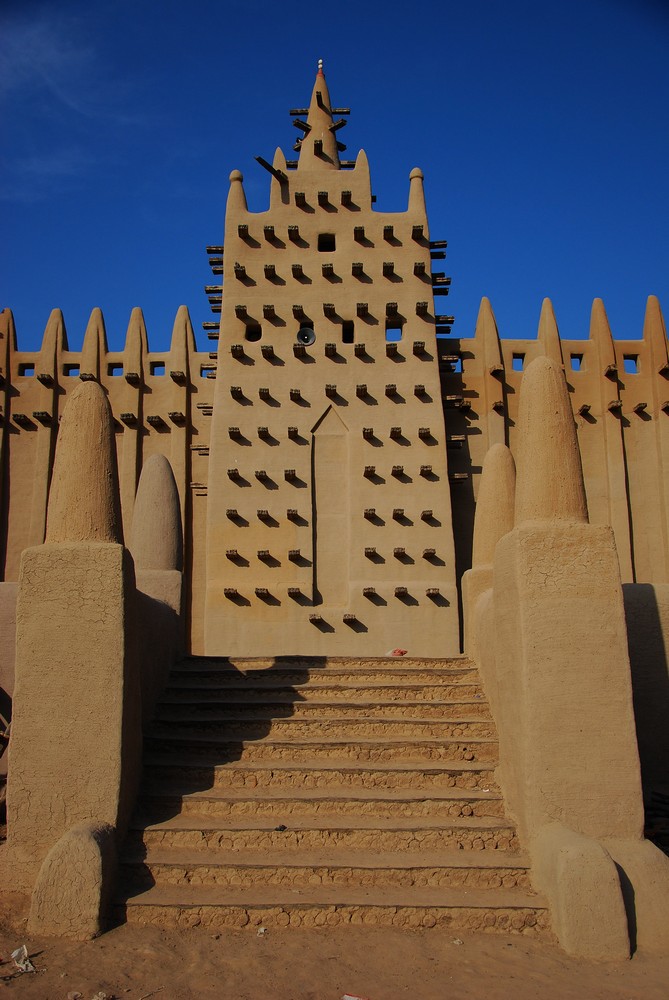 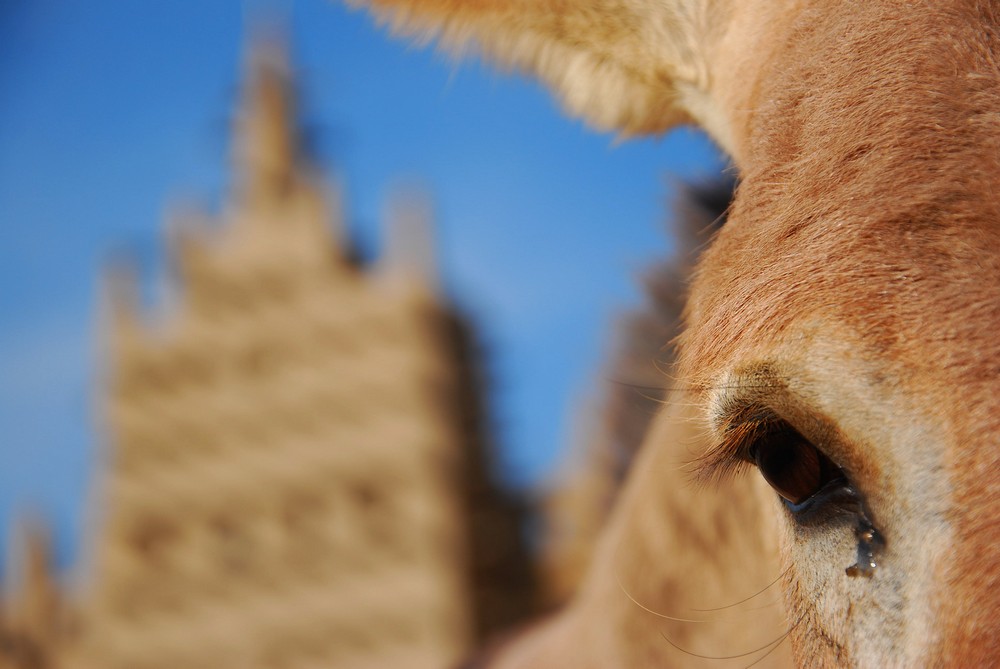 Non-muslims are not allowed entry into the mosque…..unless you want to pay for the privilege. I'd read about the phenomenon but was a bit shocked when someone offered to lead us inside for somewhere in the neighborhood of $20 US. I was as taken aback as much by the indecent offer as I was by the paltry sum. Really? You'd lead an infidel into your most sacred of sanctuaries for $20 US? I may be a dipshit tourist but even I won't go there. But people do. Imagine how that is received by some of the more devout members of the community?

In the evening of our arrival we wandered around in front of the mosque and some nearby streets. One aspect of life there that made an everlasting impression upon me and will forever color my experience was the site of so many children. They are everywhere. This is true in much of Mali and the rest of the developing world for that matter but something about Djenne was particularly striking. At one point, as we stood in the street surrounded by munchkins in the dying light, it almost felt liked I entered a world dominated by children, as if Peter Pan had become mayor and imposed a regulation forbidding anyone to grow up. It is a little difficult to adequately describe the surreality attached to watching toddlers wandering the streets alone or in small groups led by a weathered and crusty four year old. Amazing. Compelling. Heart breaking.

A visiting Peace Corps volunteer working in Cameroon told us about a similar situation there. He believed that in Mali, like Cameroon, most woman do not want a lot of children but are forced to submit to the will of their husbands. It is tradition. Children are a sign of prosperity and standing. Birth control is not an option. Besides, 'children are cheap.' This is what our guide in Dogon Country would later tell us about having kids. Cheap and easy. Poop out as many as you can. It is no trouble. They practically take care of themselves. I guess you could say it all starts with a fight against this type of attitude. Ummmm, I'm sorry did you say chickens or children?

Sori pointed out some houses where boys go to live when they reach the age of seven or so and where they live until they find a wife and create a family of their own. This takes some of the burden off the household and certainly helps to foster independence. For their part I was told the boys love it. Many paint the mud outside their place all kinds of bright colors and listen to loud music. Sounds great. I have to imagine it also means they have to start working at a very young age. So much for Peter Pan. 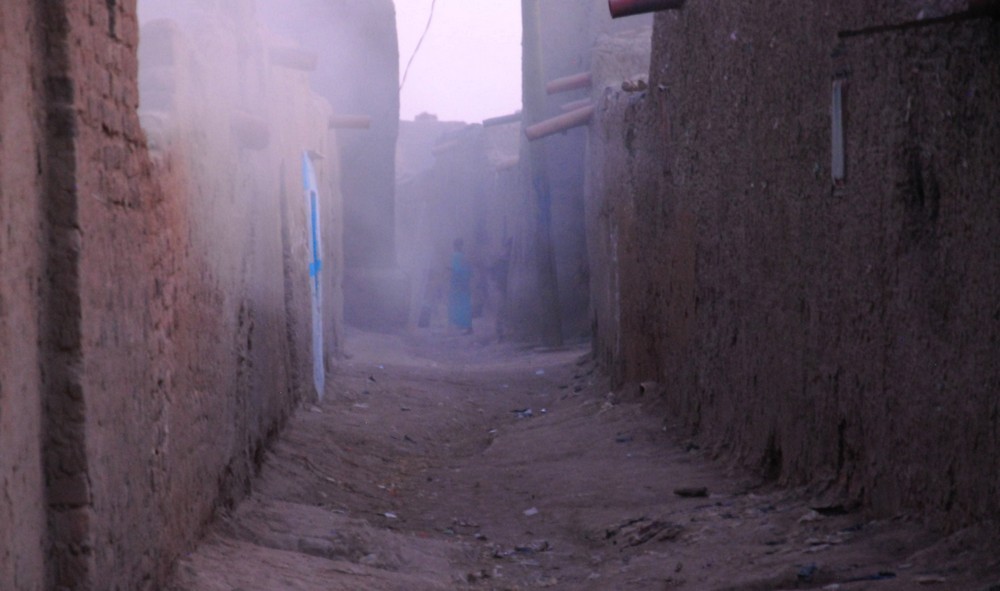 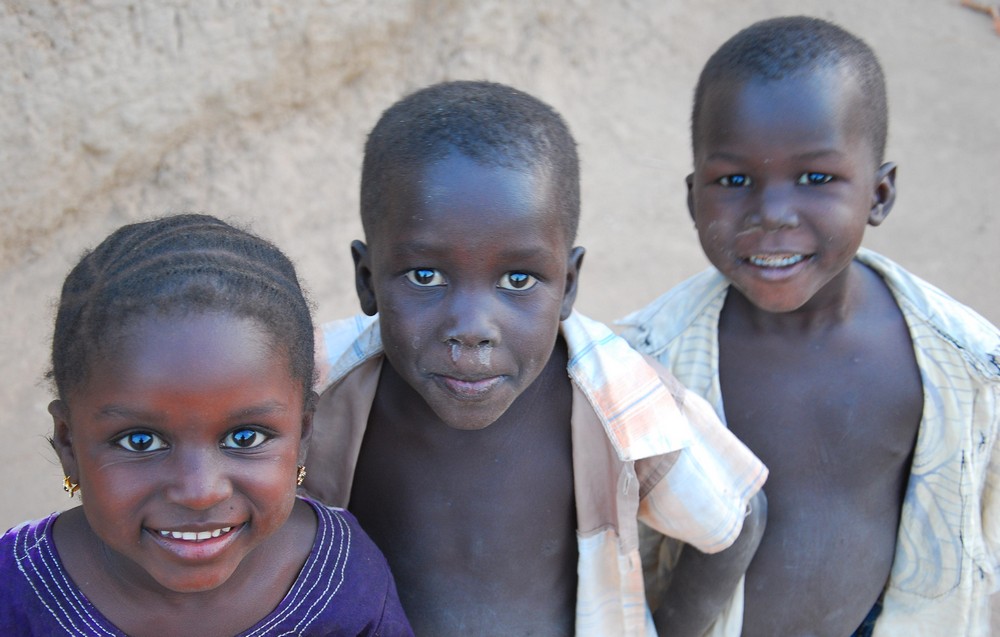