Nov 16th, 2010 - Don Quixote had his windmills. We have the embassy of Mauritania. For reasons probably lost on most we have decided to make a run at Mauritania. Why? Well, why not? A visa is necessary prior to entry. And where do you get a visa? Bing!....At the embassy of course! All you have to do is find it. After doing an internet search it was not entirely clear there even is a Mauritanian Embassy in Tunis but I had to keep the dream alive. 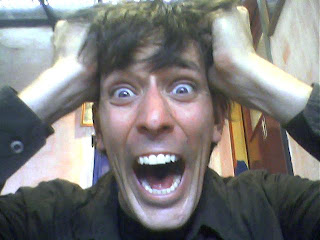 I did find a lead on Visa HQ but the information was suspect.  At the top of the page it stated that the search fostered no results but as you scroll down you find an address and a couple of phone numbers. Other websites failed to even list an embassy for Mauritania at all. Q-Q-Quagmire.

So I did what I thought to be the most logical course of action, I emailed the US Embassy in Tunis and inquired about the address. It's America. They have to know, right? They promptly provided a location and phone number. I felt no need to continue searching. After all, it's America, right? America knows everything. Fuck yeah.

The next morning we hailed a taxi and thus began the ordeal. After a brief explanation the driver and I agreed on where the hell it was we were trying to go. He had the address. He knew the street. Rock on. He began by screwing us right off the bat. While I had my nose buried in a map (looking for the street in question) he tinkered with the meter and added about four dinar to our fare. At the time I merely made a mental note. He seemed to know where he was going so I figured I would raise Cain after we'd arrived at our destination. We never did.

We located the address given to me by the US Embassy. It was a residence, not an embassy. CIA safe house, perhaps? My driver inquired at the dry cleaner next to the faux embassy and was told 'blahblasdgjbgoohhkjjnojnojnj' (It was in Arabic). We made a right turn a short distance from the dry cleaner and found……nothing…...except a Tunisian postal worker who claimed to know the current location of the embassy. He didn't.

Our driver began asking folks on the street. No luck. Then he questioned a few policemen that provided conflicting answers. One said it was in a certain area, the other had a differing opinion. His method of inquiry involved repeating the word 'Mauritania' 85 times.

Finally, the driver got back in the car and informed us he had been told that it moved….again. Fucking thing must be in a Winnebago. We managed to find the South African Embassy and the Embassy of Yemen which would be ideal had we been competing in an embassy scavenger hunt. We weren't.

We drove a few circles in that neighborhood just to be sure. Another policeman told us it was not there. A guy at the South African Embassy told us it was somewhere else. Pangea?

We searched. We inquired. We shoved our thumbs into our asses (Our own, not each other's. That'd be gross.). I had noticed on that map there was an area of Tunis where the streets were named for countries (Rue de Cameroon, Rue de Liberia, Rue de Canada, Rue de MAURITANIA, etc.). A policeman suggested Rue de Mauritania but my driver believed other sources more reliable. At one point I started to think that our 'helpful' driver was more than willing to buzz around the city indefinitely with the meter running.

When we arrived at Rue de Fictitious Country we decided to bid our cabby farewell. I caught him off guard by pointing out his meter adjustment. He tried to protest but the smile on his face gave him away. Fucker. In the end I gave him 15 dinar which was not much more than our tour of Tunis would have cost. I did not feel too bad about letting him get away with a little excess as he did assist our star-crossed quest. Still a bit if a fucker though.

We managed to find the embassy. It just happened to be the Danish one. I started to enter (the Danes are quite competent with English) but was stopped by a Tunisian man who seemed to imply that it was not the Danish Embassy. The huge Danish flag and reserved parking spot for the ambassador must be an elaborate hoax. No matter. I inquired about Mauritania. He had no idea. In fact, I'm not even sure he knew what Mauritania was.

I was kicking myself for not bringing along the phone numbers the US Embassy provided. A simple phone call by the taxi driver would have solved the problem. I wish. Later I tried the numbers and got nothing. Surprise.

Down but not out. We'd read that in the absence of an embassy it was possible for the French Embassy to issue visas for the magical land of Mauritania. The following morning we gave it a shot. Outside the embassy we spoke with another policeman about getting a visa. He was confused so he enlisted his English-speaking friend to translate. He denied the possibility of getting our visa at the French Embassy and reiterated the existence of a Mauritanian one. He even drew a map. I felt pretty good. But not really. I wanted to go inside the embassy to inquire just in case but did not want to risk pissing off Barney Fife. All he had to do was take a step inside the entrance and ask. But then again, why should he in the face of absolute certainty?

I later analyzed his map. It didn't correspond to reality. Why would it? I generally shun reality myself but in this instance it seemed unavoidable. Back to the internet. Remember Visa HQ? Well, I tried those phone numbers for shits and giggles. No one would answer the first and the second was answered by a very confused woman….who was not the ambassador of Mauritania. Fiddlesticks.

So now we journey to Morocco in order to obtain a Mauritanian visa from either the consulate in Casablanca or the embassy in Rabat. It is supposed to be relatively easy. After that we travel south and invade Mauritania by land. Cross your fingers. 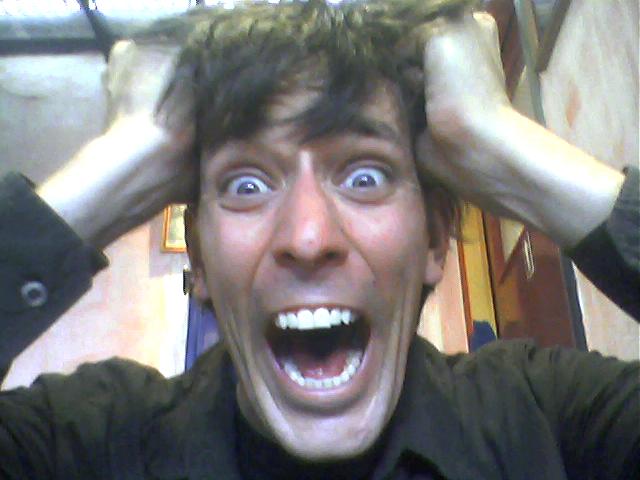 "Insanity: Doing the same thing over and over again and expecting different results."
— Albert Einstein