The Great ‘Mos-KAY?!’ of Kairouan (Tunisia)

Nov 14th, 2010 - After Ksar Ghilane our Tunisian extravaganza began to wind down a bit. We spent a not-so-memorable night in the not-so-quaint seaside town of Mahdia. The next day we passed our morning at El Jem, an ancient Roman colosseum right in the center of the town by the same name. I was actually expecting a semi-secluded archaeological site but disappointed to discover it was right in the thick of the busy center, almost like a contemporary sports arena.

The vibe within was no less modern. Lots of tour groups, steel grates, a souvenir shop selling DVDs, so on and so forth. The backdrop of a modern Tunisian city was fairly intriguing but the whole scene felt a wee bit artificial, almost like a reconstruction. Worth a look but not terribly compelling. 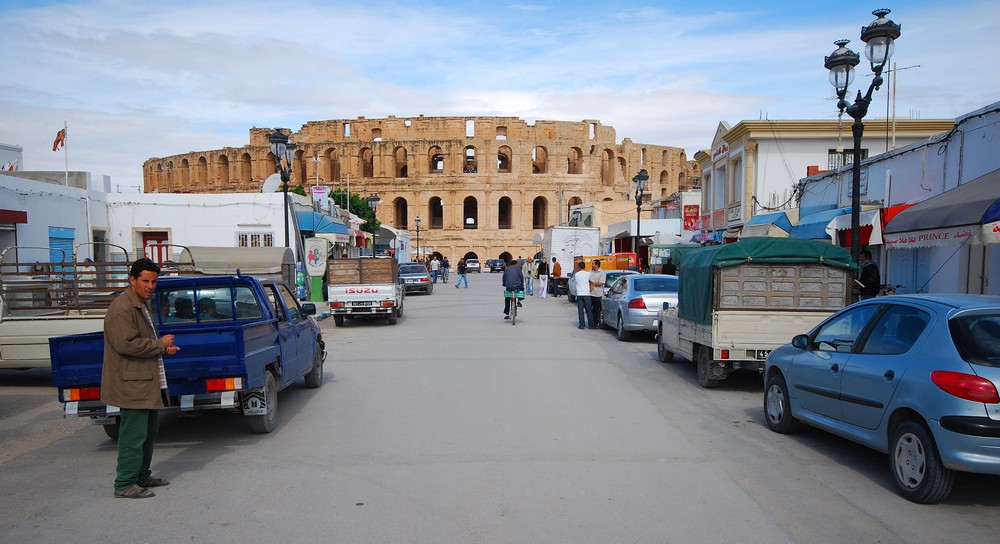 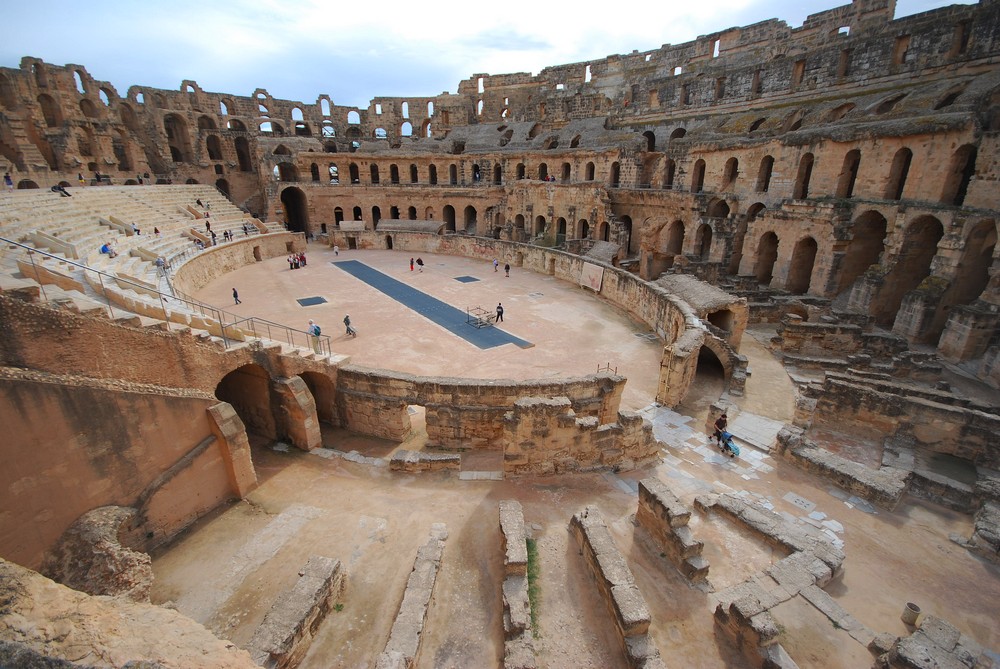 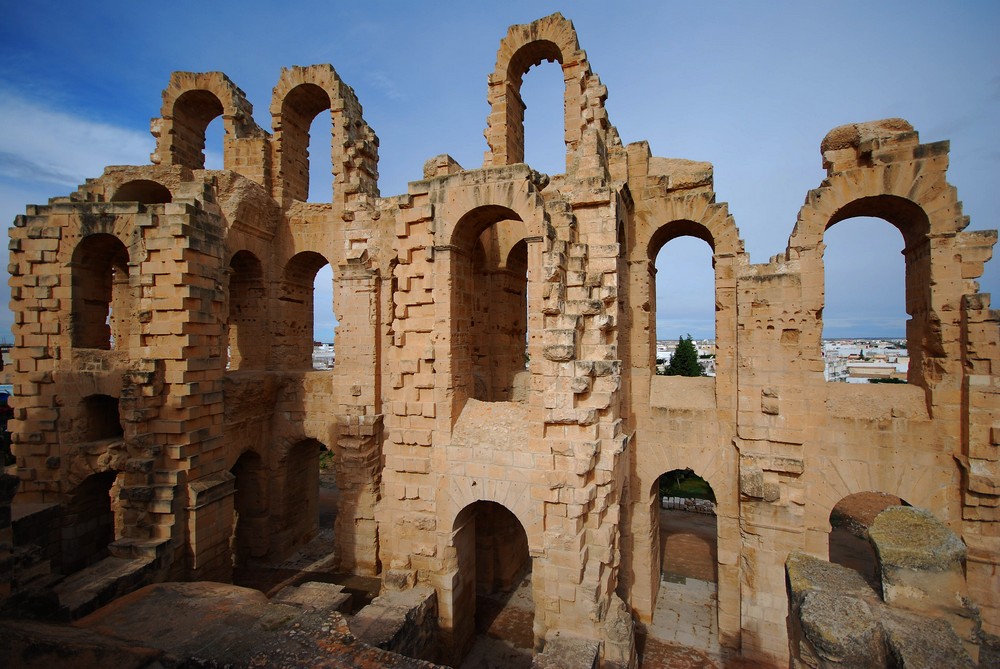 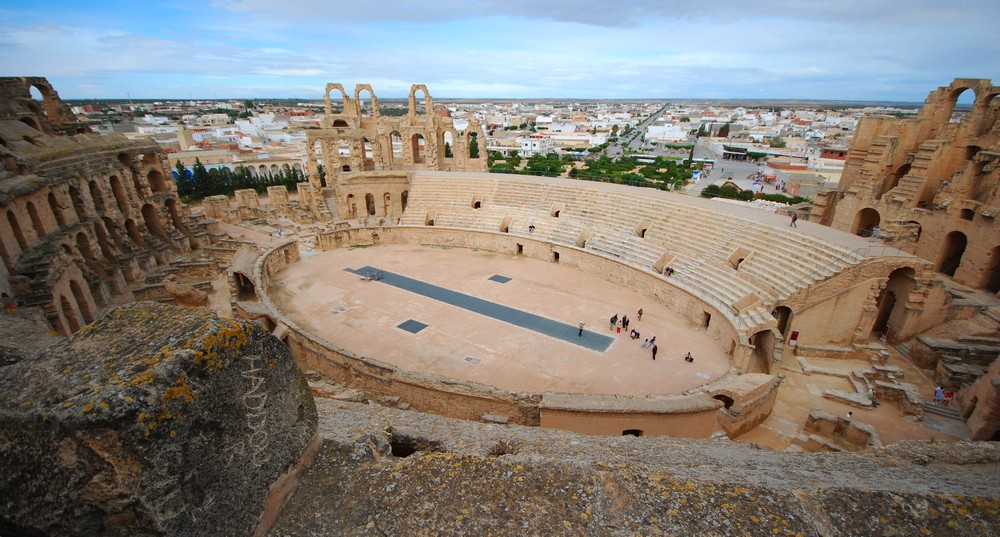 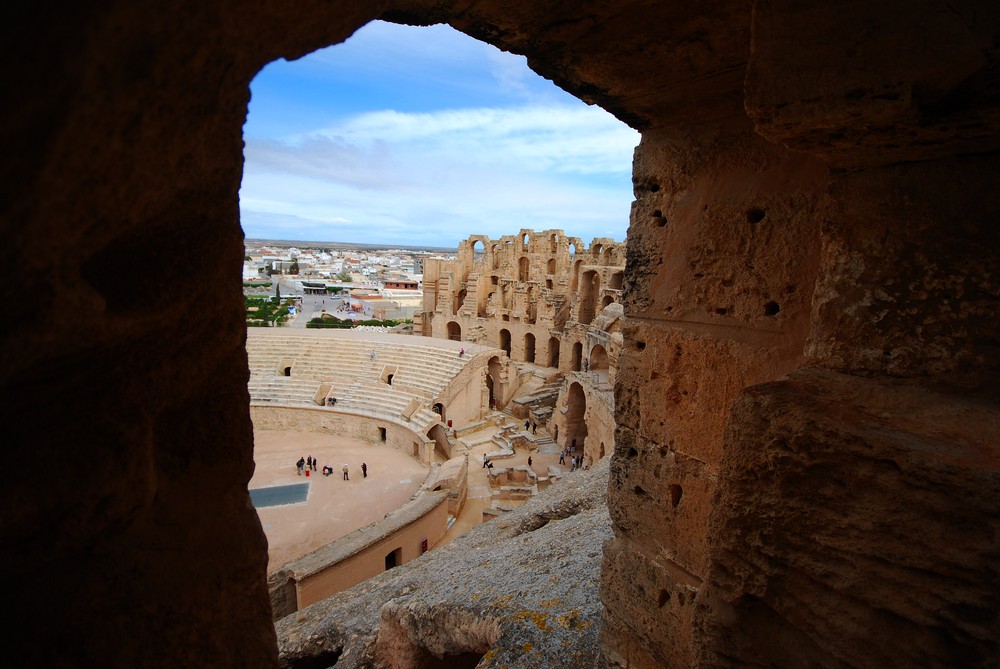 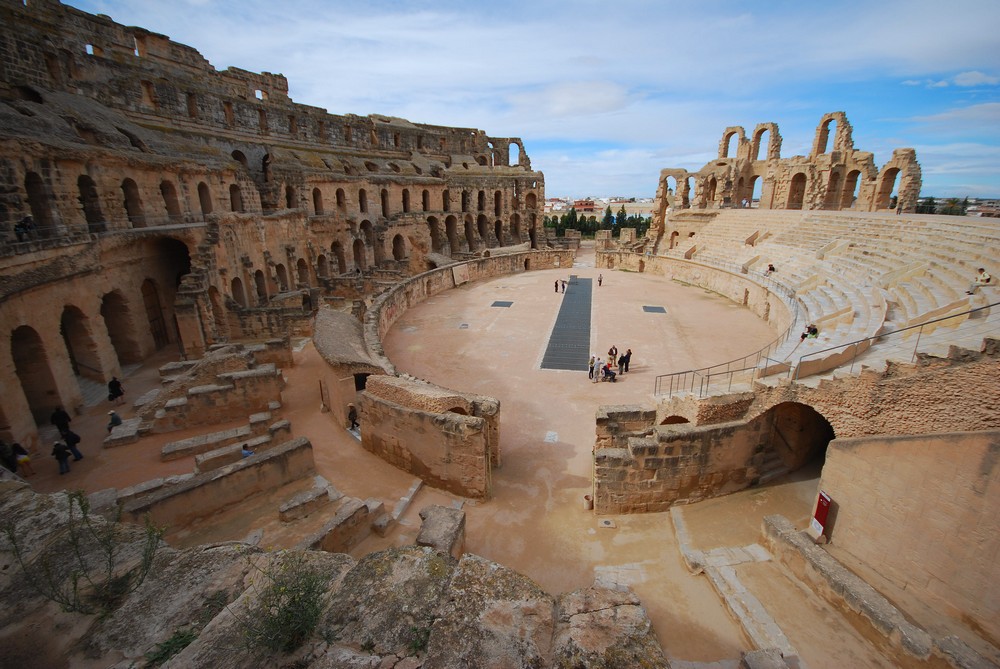 Next was the city of Kairouan, home to the fourth holiest site in all of Islam. It is here you will find the Great Mosque, the oldest mosque in North Africa. We had no trouble finding it due in no small part to the gentleman that ran us down on his motorbike in an effort to lead us there. His entire end of the conversation consisted of him yelling the word 'mosque' in French (or was it Arabic?) repeatedly. He would yell, 'Mos-KAY?!' and I would reply, 'Yes, yes, we want to go to the mosque'. He continued yelling 'Mos-KAY?!' until I answered in the affirmative no less than five fargin times. I turned the Punto around and followed him to the local medina where the Great 'Mos-KAY' can be found.

After parking, Mr. 'Mos-KAY?!' caught up with us and began leading us in the opposite direction of the 'mos-KAY?!' (I discovered this later). He was no doubt attempting to steer us to his or a friend's shop and began tantalizing us with the prospect of visiting a shitload of 'mos-KAY?!'s throughout the medina. His plan fell through when a couple of cops showed up on a motorcycle forcing him into the shadows, ninja-style. The nice policemen pointed us in the right direction but not before warning us (in French) about seedy types like Mr. 'Mos-KAY?!'.

I regret to report that the Great 'Mos-KAY?!' of Kairouan was a bit underwhelming. The prayer mat littered, slightly unkempt condition of the central courtyard made it feel more like a backup 'mos-KAY?!', the one used when the Great 'Mos-KAY?!' has an ear infection. I found this all so uninspiring I snapped nary a photograph.

Before leaving the area we had the pleasure of experiencing the quintessential hard sell, the one where a guy stands in front of your Punto, tries to convince you to park, see the Great 'Mos-KAY?!', and then buy a pile of fairly worthless crap. When I inquired about the road to Tunis he completely ignored the question and began a broken interrogation as to why I did not want to visit the Great 'Mos-KAY?!'. I began ignoring him, put the Punto in reverse (having mastered the technique by this time), mumbled something about being in a 'terrible rush', and got the hell out of there.

I should also mention that Mr. Mos-KAY?!' caught up with us before we departed. He wanted his fee. I was hesitant about shelling out any dinar and performed my own dramatization of his earlier escape to let him know I was onto him. However, as he did lead us to the Great 'Mos-KAY?!' we decided a couple of dinar were warranted for his trouble.

Back to Tunis for one more fun-filled afternoon drive through the busy, traffic-choked center. It rocked. The next morning we returned the car to the airport but not before being stopped at the 'Arrivals' entrance by more nice policemen. For the first and only time during our trip they wanted to see my license, not just the car registration. Did I have it? Negative. Left it back at the hotel. Of course I did.

I was then informed I would not be able to leave the airport without a license and instructed to pull over. I did not want to leave the airport, I just wanted to return the f***ing rental car but needed to steer it to its proper location. Luckily, he relented but due to some confusion on mine and Leslie's part about where to return the Punto to Hertz we accidentally did another loop. Just to be safe we switched seats (Leslie had her license) but it was all for naught because we were not stopped again. Hertz was unbelievably nonchalant about our return. They failed to mention our tardiness (just charged the daily fee) and did not even bother to look over the Punto. Their trust was refreshing.

This a bit of footage of our drive through the cities of Kairouan (following Mr. 'Mos-KAY?!') and Tunis. It does not really do the experience justice but it does provide a small taste.