Nov 12th, 2010 - My last trip to the Sahara left me a bit unsated but with the firm belief that under the right circumstances Ksar Ghilane might be worth a second look. Those circumstances include having your own transport, lodging near the dunes, horseback riding, and plenty of alcohol. As it happens this time around all those very ingredients were present. Yippy.

A sealed road led us all the way to the oasis of Ksar Ghilane and the Punto took care of the rest (actually, the road inside the oasis is suitable for non-4WD vehicles but I gave el Punto a 'good game' anyhow). We stayed at the 'hotel' (Camping Ghilane) I should have slept at last time. It is nothing special but more than adequate and, more importantly, a two minute walk from the dunes.

After lunch we saddled up the Punto and went for a trawl around the oasis. There were not a lot of options as all roads led into deeper sand but we did get a fairly good look around. I suppose it is amazing to consider the existence of all this verdant natural luxury smack dab in the middle of barren nothingness all because of the existence of an underground spring. Oh how this place must have appeared to the weary desert traveler. Now it is more of an A**hole Tourist Wonderland than a beacon of hope for desert nomads. 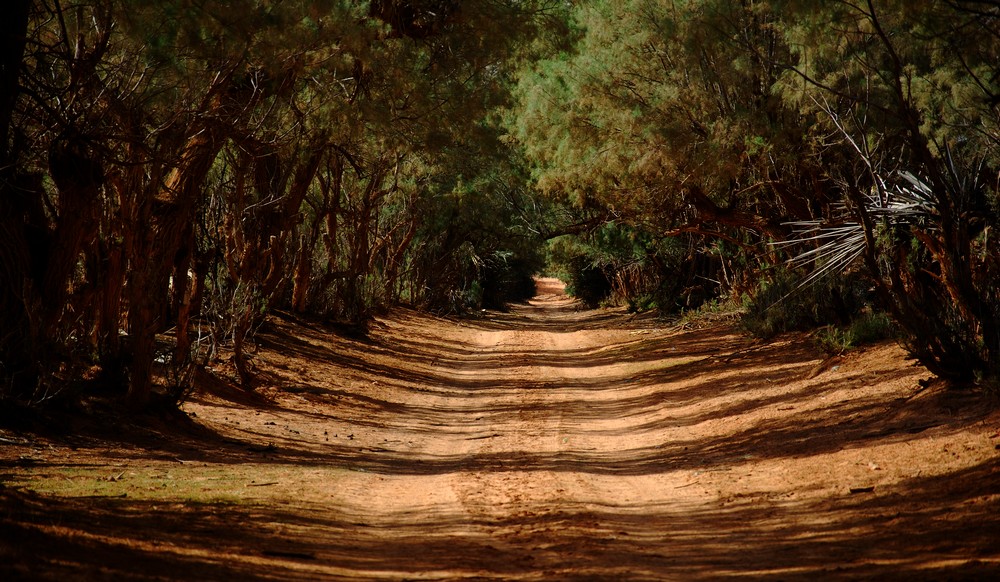 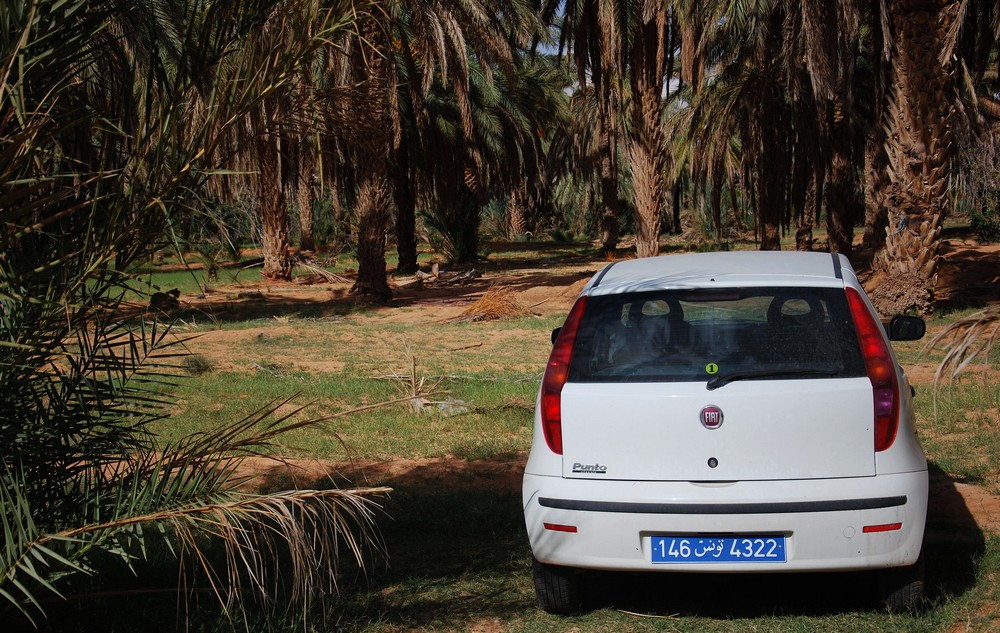 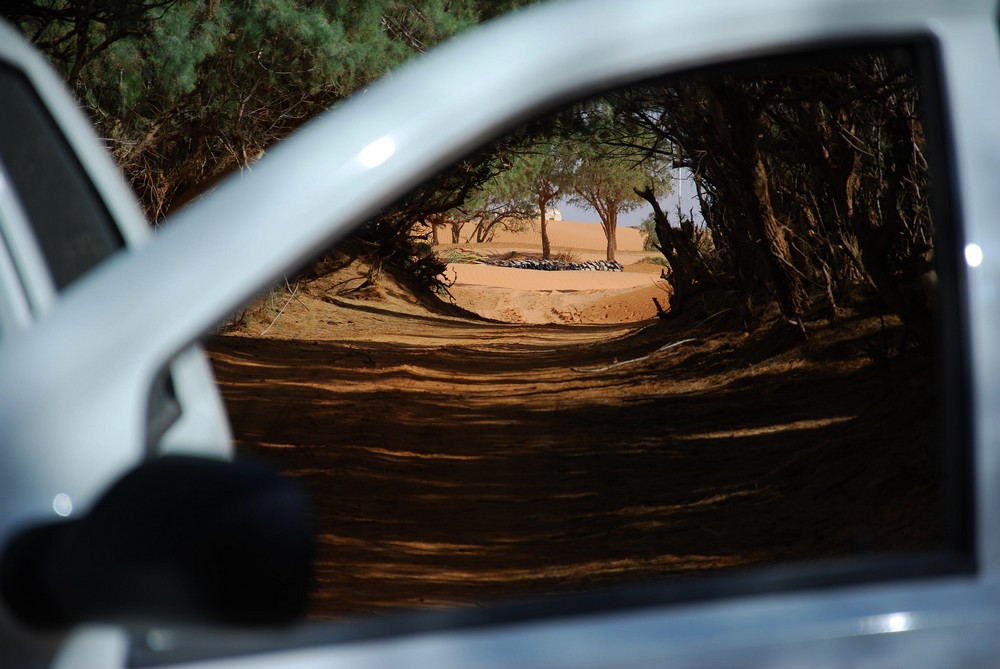 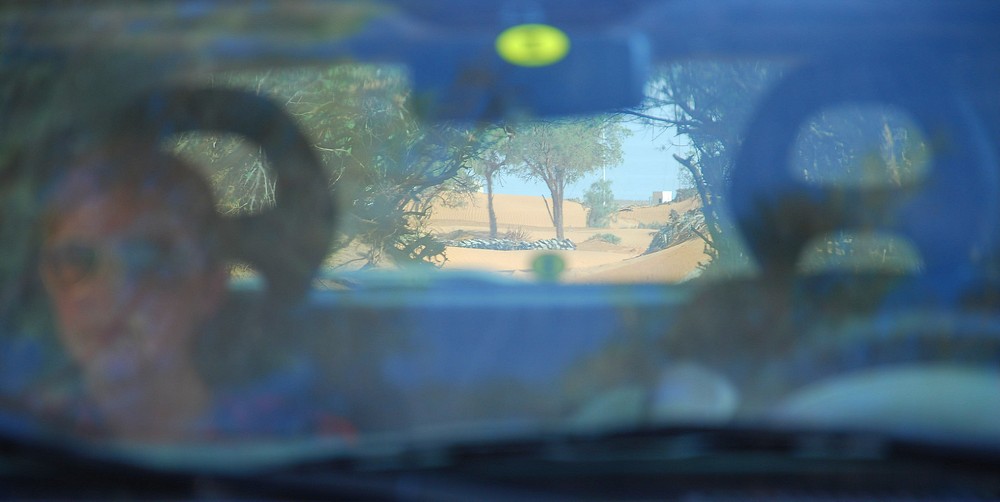 After our oasis exploration I had a reunion with Mr. Berber Man. He missed me. Well, not really, but he did remember me after a bit of reminiscing. Not only did he recall what I was wearing (it happened to be the same shirt I had on) but also the insane giggling of the galloping goofball on one of his Arabian horses. How could he forget the cackling lunatic that appeared to be heading for a date with equine disaster (admittedly, I was a tad out of control)? We laughed. We cried. Emotions ran high.

I wanted another go on Mr. Ed so he set us up with two gallant steeds and provided his French Canadian girlfriend and a not so jolly man I presumed to be his brother as guides. No half-hour triste for me this time. On this day we spent two hours playing Berber and having a look around the defunct fort visible from the oasis in the distance. I was happier than a pig in poo-poo. No galloping for me this time. Just a nice leisurely jaunt under the late afternoon sun.

I am sad to report that I failed, yet again, to photograph myself upon Seabiscuit or Mr. Berber Man in full ethnic regalia. Not my fault this time. While we were at the fort a sandstorm straight out of The Mummy came tear-assing across the desert seemingly out of nowhere. One minute I'm photographing Ksar Ghilane from my fortress perch, the next I'm swallowing a sandbox. Had I seen it coming I would have snapped a pic of the onslaught but by the time I realized what was happening it was entirely too risky to take out the camera. The extremely fine, insubstantial grains of sand penetrate anything and everything. We were shaking sand out our bodies for the next two days. As inconvenient as the sand was at it was worth the discomfort to experience the phenomenon. I'd seen slow moving balls of orange in Baghdad but had yet to witness such a fast moving tempest. 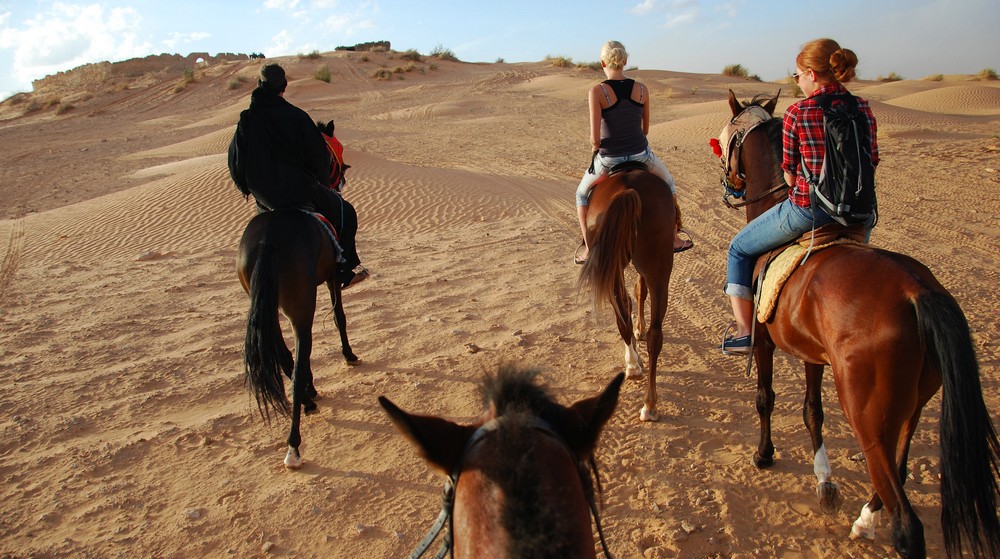 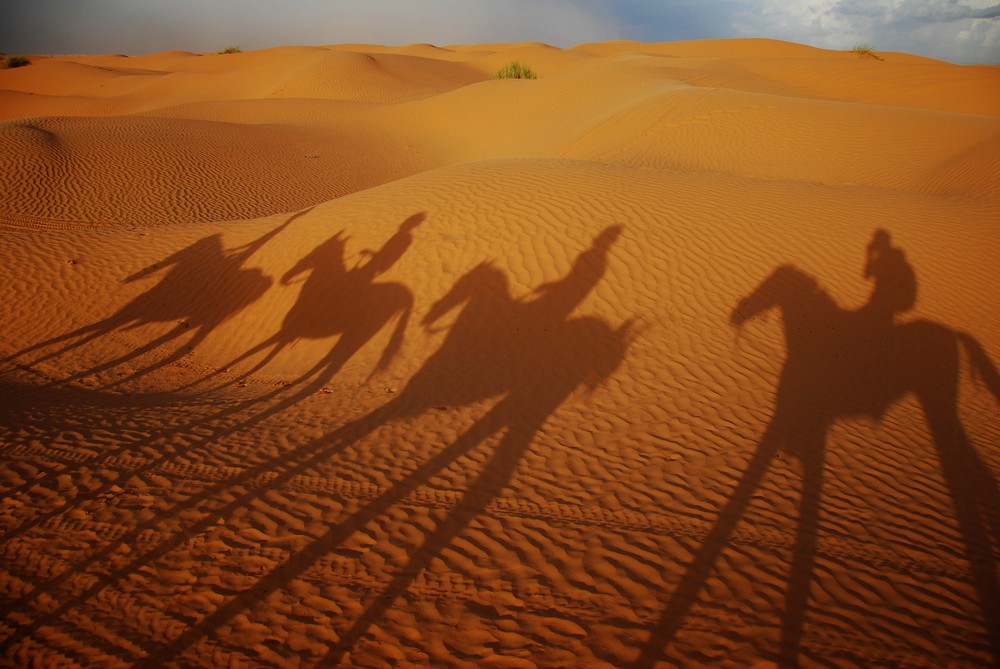 Following dinner the majority of our evening was spent frolicking in the dunes beneath the light of a waxing moon. Enter two bottles of wine, two gin and tonics, and a smidge of Vodka. I believe it was the combination of atmospheric idiosyncrasies and intoxication that led to a perceived up and down wobbling of the moon across the sky. Passing clouds played their part. It was darn neato.

And then there was the lightning. Off to the north just above the horizon was a silent, thunderless natural light show courtesy of Mother Nature. It was a magnificent site to behold. And the mood created by the blanket of moonlight upon the dunes of the Sahara is a feeling like no other. It was all a bit too much for me. I came to the conclusion that the whole experience would be enhanced exponentially by shedding my outer coil (i.e. my clothing) and running around in chaotic circles while swinging a stick at the earth's lunar sycophant. You may cringe at such a thought but I implore you to reserve judgment until you've happened upon a similar landscape. It's truly is remarkable. What was even more remarkable to me was the complete lack of other sentient beings. My primary motivation for returning was the opportunity to gambol in the desert at night. I assumed others would be similarly motivated. What the hell is wrong with people? There is nothing like it. Nothing. 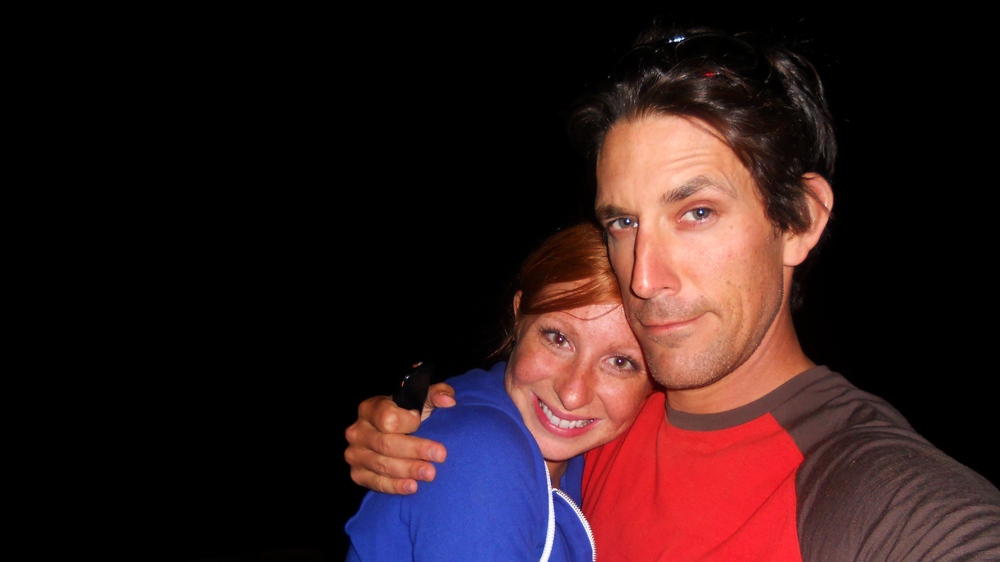 I had also planned on catching the sunrise but a near complete lack of shuteye put the kibosh on that idea. I attempted to sleep among the dunes but soon discovered that without a mat to protect me the chill of the cold sand seeped right through my sleeping bag. I was, however, lucky enough to catch one more inspiring sight: a crimson moon setting on the horizon. What a fucking night!! Sa-HA-ra! Fuck yeah! Doesn't get much more American than that.

I watched this vehicle approach the edge of the sand but was absolutely certain the man driving was going to turn around rather than plod on.  When I came back about an hour and a half later this is what I found, the driver and his wife digging out his quasi-minivan.