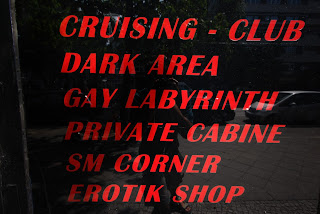 What really grabbed my attention was the 'Gay Labyrinth'. WTF is a gay labyrinth? I found this intriguing enough to snap a photo but fell short of embarking upon an investigation. By being straight I am not only missing out on the labyrinth I do not get to enjoy the Dark Room, Cruising Club, Private Cabine, SM Corner, and Erotik Shop. Damn my heterosexual curse!! Luckily, Fridays are 'Bi-Days'. I assume this means women are allowed? Try as I might I was unable to locate a straight labyrinth anywhere in the city. Maybe in Hamburg.

I don't care if you are gay, straight, or trisexual this shit is funny. This is basically a place for gay men to run around aimlessly pounding other strange men in the dark. That's just filthy. And not because its gay. Would this place be any less sordid if the labyrinth were hetero? No, no it would not. Do guys just wander in and start spanking the first dude they happen to bump into? Do you walk out having no clue as to the identity of the gentleman that just punched your donut?

I noticed in the 'Jobs' section of the website (I used Google Chrome to translate) they are offering 400 euros for part-time work ('easy cash activities'). Requirements? Friendly, honest, and flexible. Shall I infer quotes around 'flexible'? Does flexible imply not only a state of physical bendiness but also a willingness to undertake any task? I would have to draw line at cleaning the labyrinth without a Hazmat suit. I have my standards. 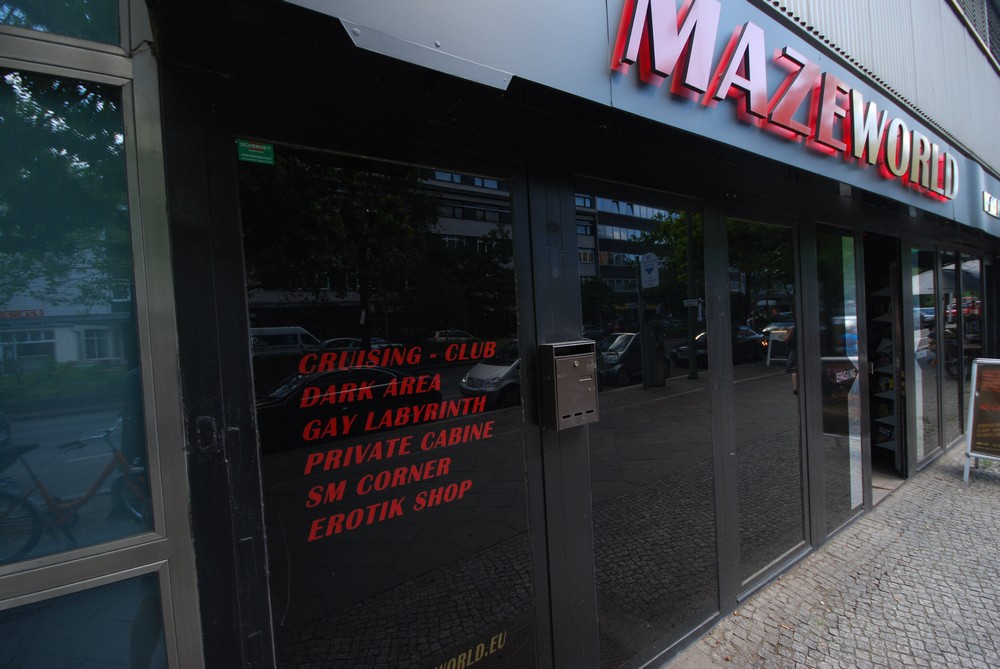 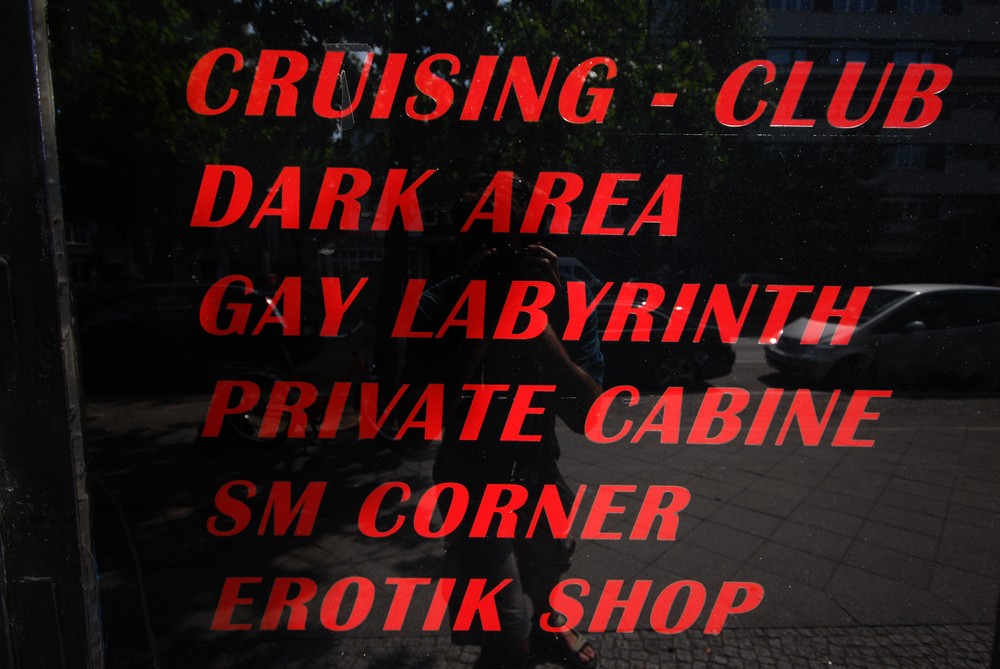