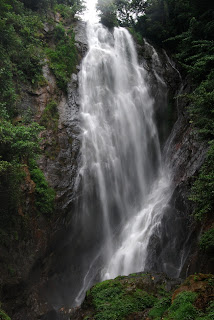 Aug 31st, 2009 - Nuwara Eliya in my rear view. Adam's Peak in my cross-hairs. Made my way to the small village of Dalhousie from where I would make my ascent to one of the holiest sites in  Sri Lanka. Buddhists, Hindus, Muslims, and Christians all have a stake in this mountain. Also known as Sri Pada, 'Sacred Footprint', the small rock formation at the summit is reputed to be the place where Adam, Buddha, or Shiva (depending your affiliation) left his divine print.


However, my favorite appellation is Samanalakande (‘Butterfly Mountain’), the place where butterflies go to die. I believe it is much more fitting at this time of year considering the weather and complete lack of people. Butterfly Mountain has been a place of pilgrimage for over a thousand years. The season runs from December to May and can get absurdly busy when the devout line the trail. This is not a problem at this time of year where you are almost guaranteed to be one of only a few folks on the mountain. Unfortunately, there is high probability that you will get a superb view of the inside of a cloud.


I arrived in Dalhousie fairly early in the afternoon so I decided to do a bit of meandering. Per the advice of a local I went out in search of a waterfall. Ever wander through a Sri Lankn tea plantation (without permission) situated on a lake in an attempt to get a photo of a dramatic water fall on the other side of said lake? Highly recommended. Tea plantations are rather picturesque plots of land, especially when adjacent to a lake. Not a bad way to spend an afternoon. I have a feeling the local denizens do not see many white folk on motorcycles come cruising along the small roads that weave within the plantation. 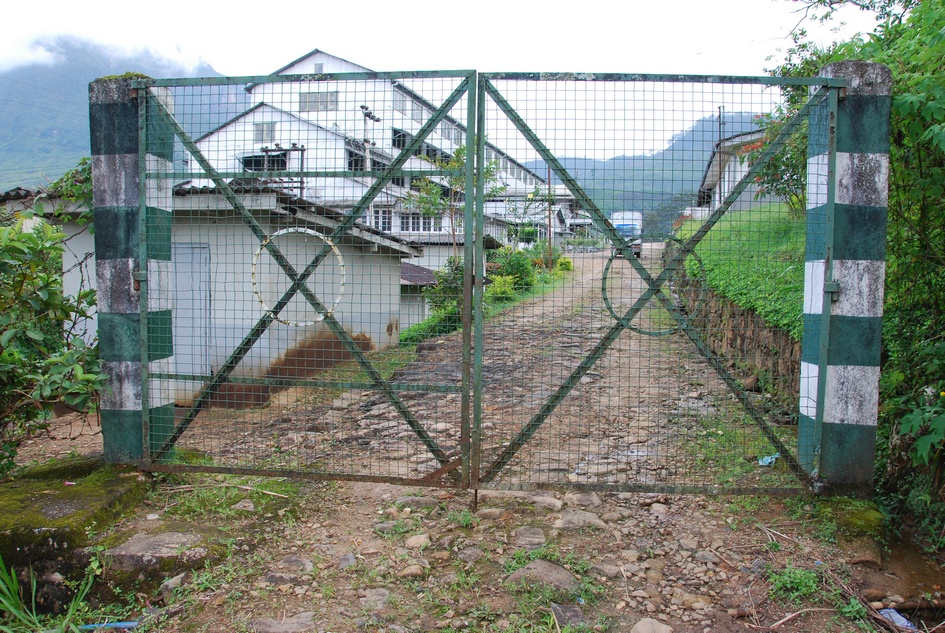 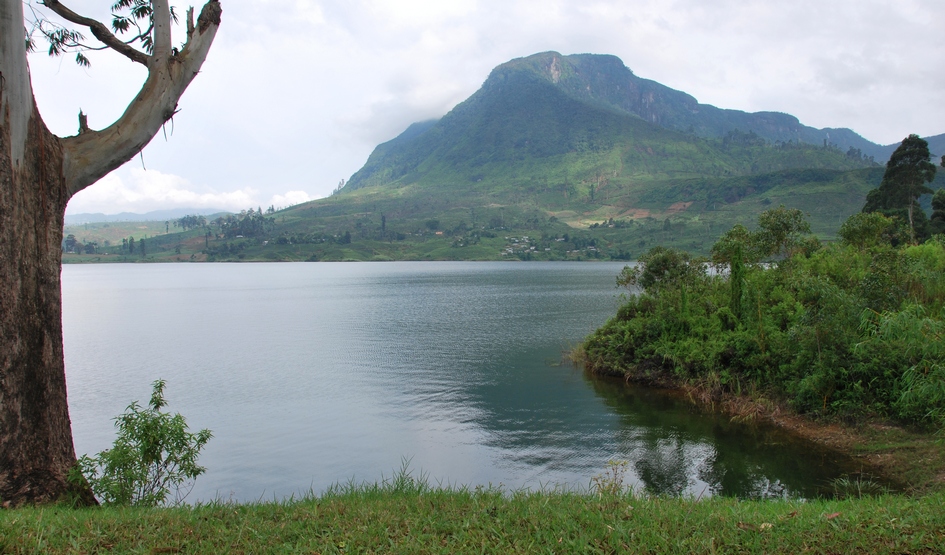 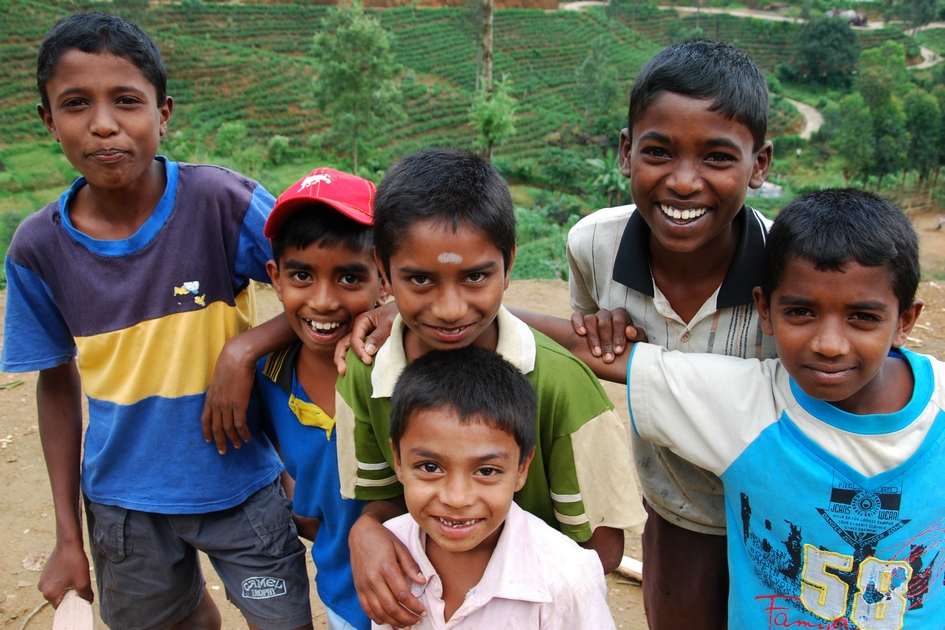 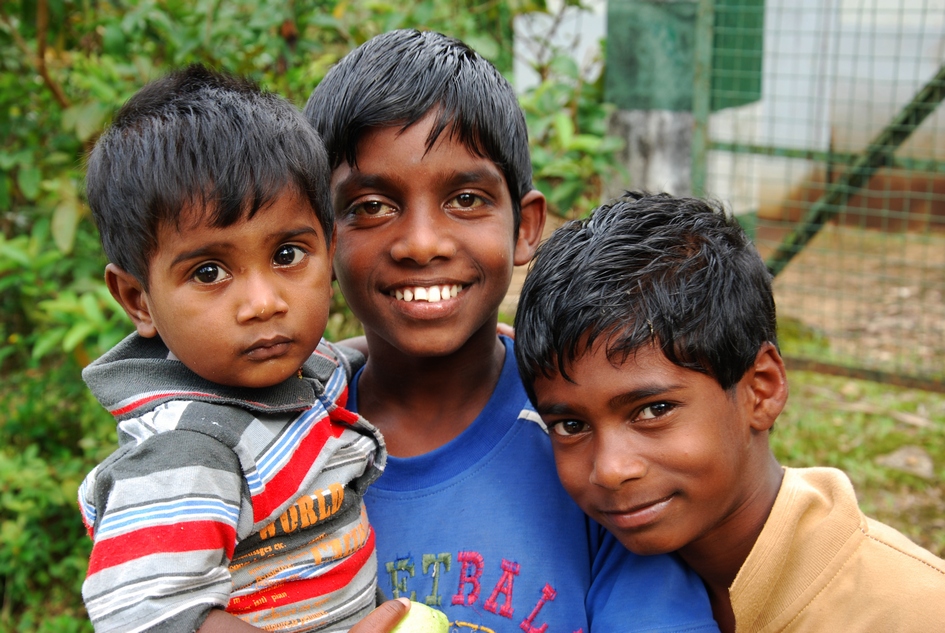 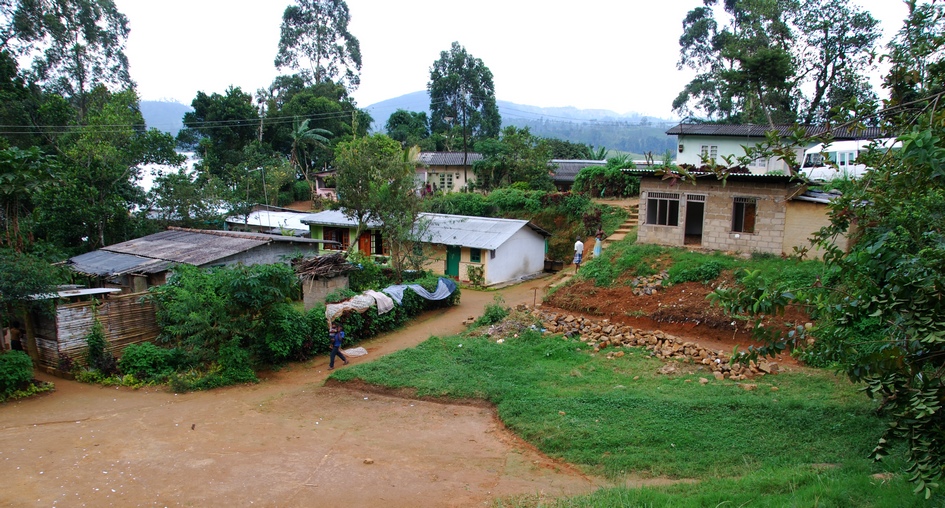 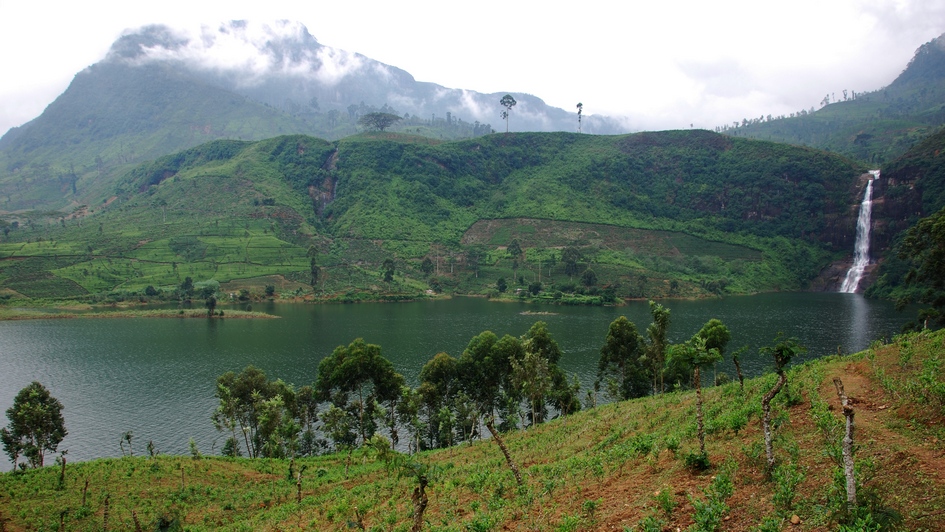 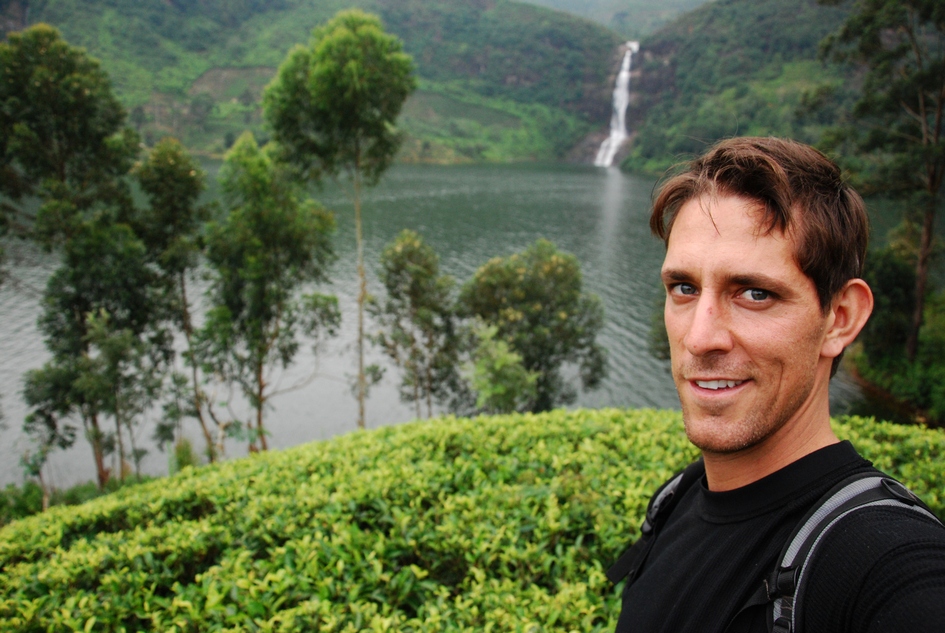 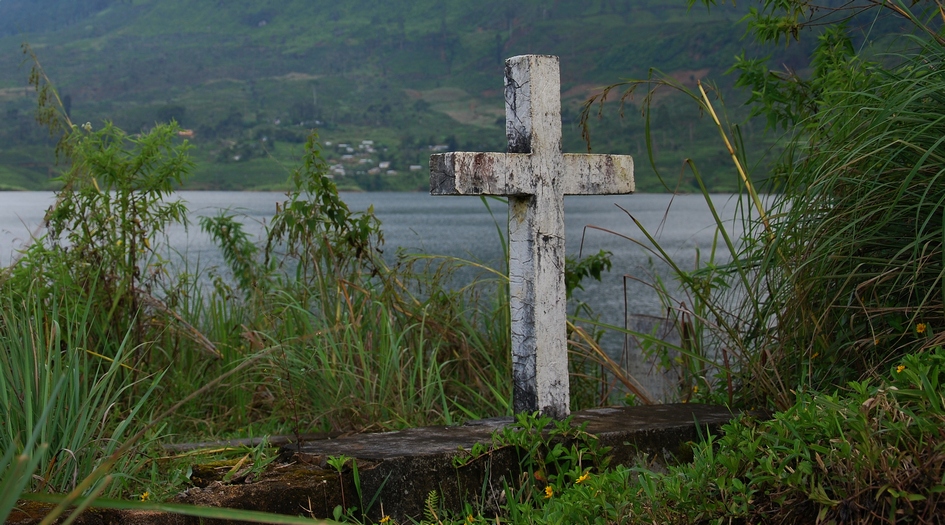 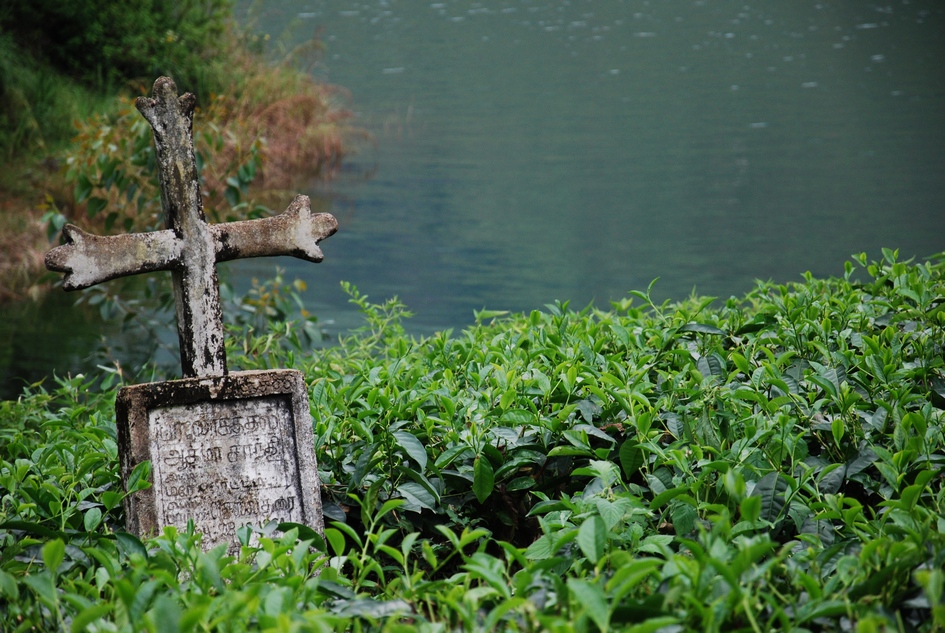 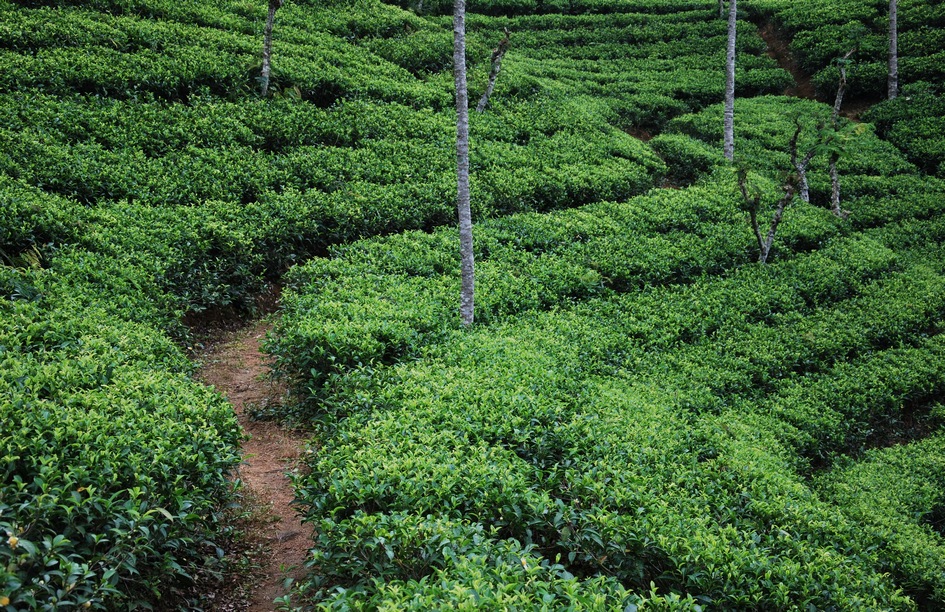 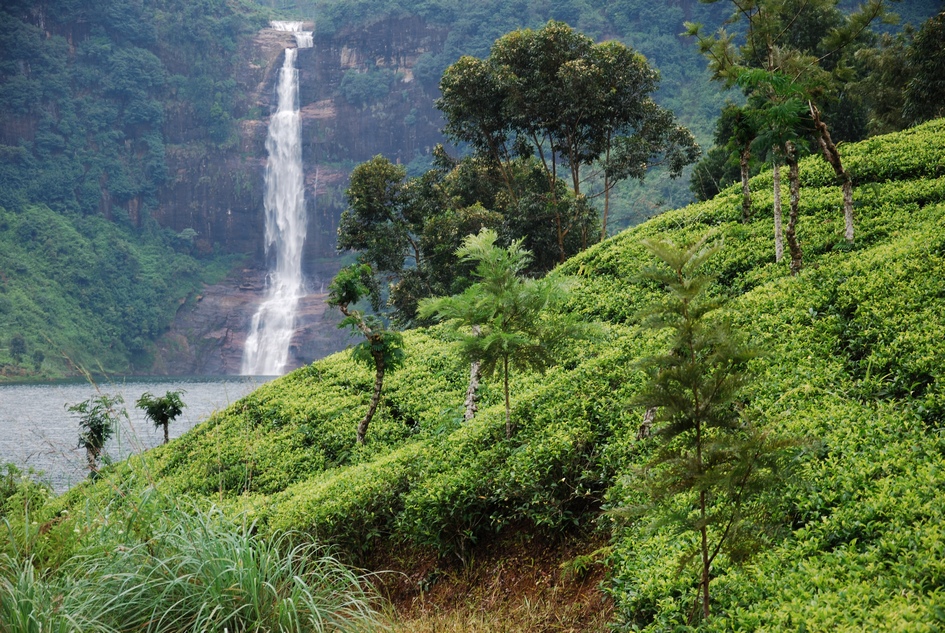 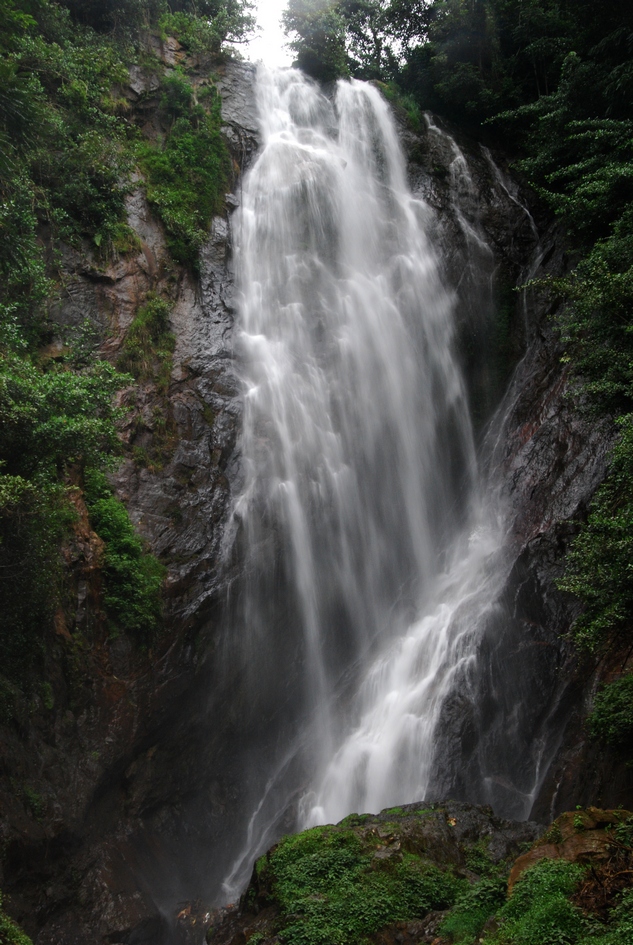 I arose at 2:30 am to begin my ascent. The idea is to arrive at the top for sunrise but based on the weather patterns for this time of year I had little hope. Dalhousie is not exactly a metropolis but during the off season it is a veritable ghost town. Walking through the town at 3 am is a real creep show. As if the setting were not bad enough as I made my way to the trailhead I was greeted by a number of dogs having a barkfest. My headlamp was reflecting off their eyes giving them that sinister aura. However, this was not half as sinister as what they were barking at, a wild boar. Yes, there was a wild boar roaming the streets (more like street, singular) in the dead of night. You have to figure that any animal not startled by four of five barking dogs and my headlamp must be a little bit dangerous. At one point it did appear to make a cut in my direction prompting me to run in the opposite direction for a few feet. I may have squealed a bit but I cannot be certain. Luckily, the dirty pig let me pass. Thank you dirty pig.


Before beginning the ascent a local caretaker monk presents you with a sign in book, enjoins for a small donation, and places a small fabric bracelt around your wrist for good luck. Who can’t use more luck? I sure as hell can. So there I was climbing the steps of Adam’s Peak at 3:30 in the morning by myself. Well, I was not exactly alone. I did have a four legged friend to keep me company. A doggy from the place I was staying accompanied me the whole way. I had a dog for eleven years (his name was Whimper but his friends called him Whimp). I really miss that dog. Maybe Whimp sent me a friend so I would not have to climb alone. Maybe I am a nutbag.

I do enjoy the psychological benefit of climbing at night as you cannot really see what struggle lies ahead. From the logbook I knew there was a British couple ahead of me so I decided to try to catch them as a way to motivate myself. They arrived at the top about five minutes before I did. As it was still dark we waited in the small living quarters of the temple caretakers located atop the peak (2243m). We drank tea,and waited patiently for the sun to rise.

The view from the top is a spectacular sight. I know because I’ve seen it in pictures. Unfortunately, that is the only place I've seen it. Cold, rainy, and windy with an impenetrable wall of mist. No panorama but breathtaking none the less. Even when shrouded the summit is worth a visit. The setting had a haunted quality and did indeed feel like a place where butterflies go to die. The caretakers must sweep them up because I didn't see any.

The wall did show a few cracks here and there for a few seconds at a time but it was insufficient to see jack or shit. Oh well, maybe next time. I did get some decent views of the surrounding area on the descent.

All in all I was predicting the climb, and especially the descent, to be a bit more taxing physically. I am not going to say it was a cake walk but it was nowhere near what I was expecting. The Lonely Planet and some folks I spoke with implied that my knees would be screaming for days. No screaming, just moderate grumbling. 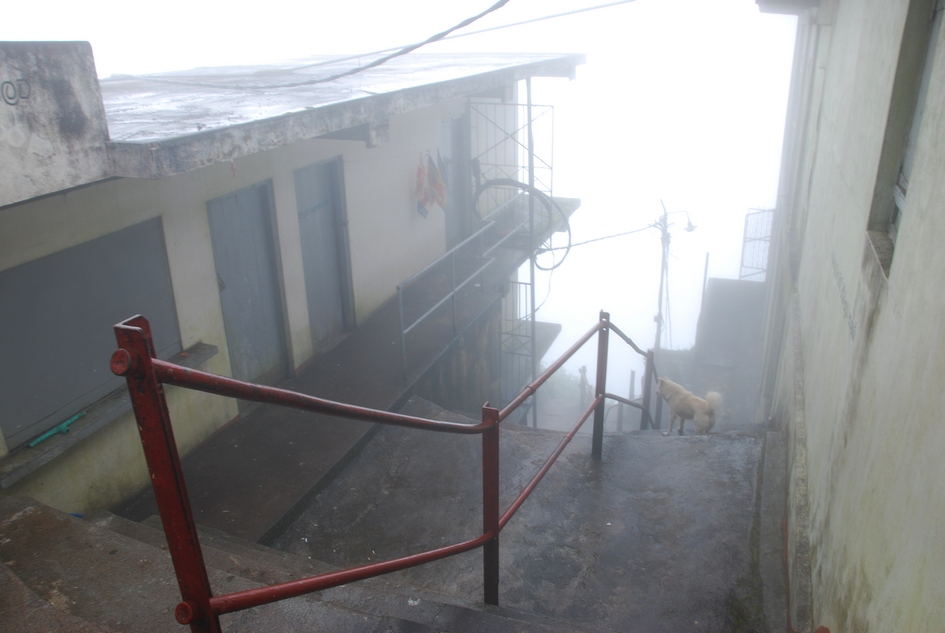 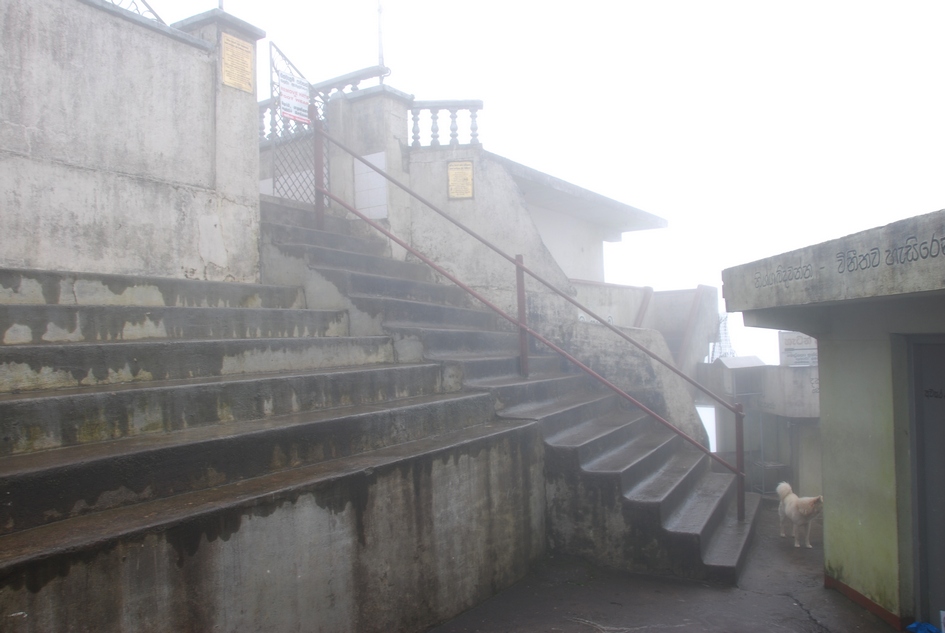 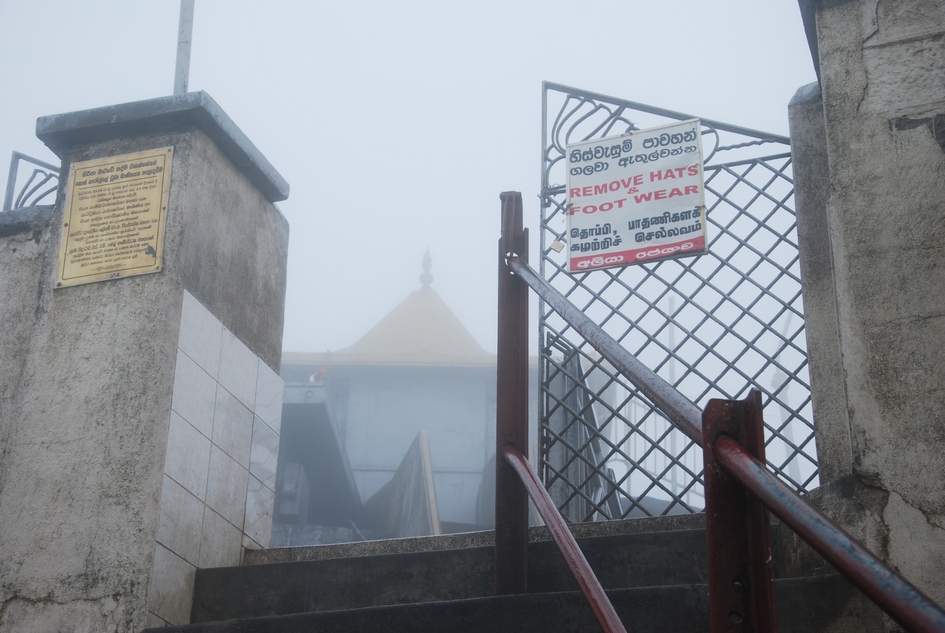 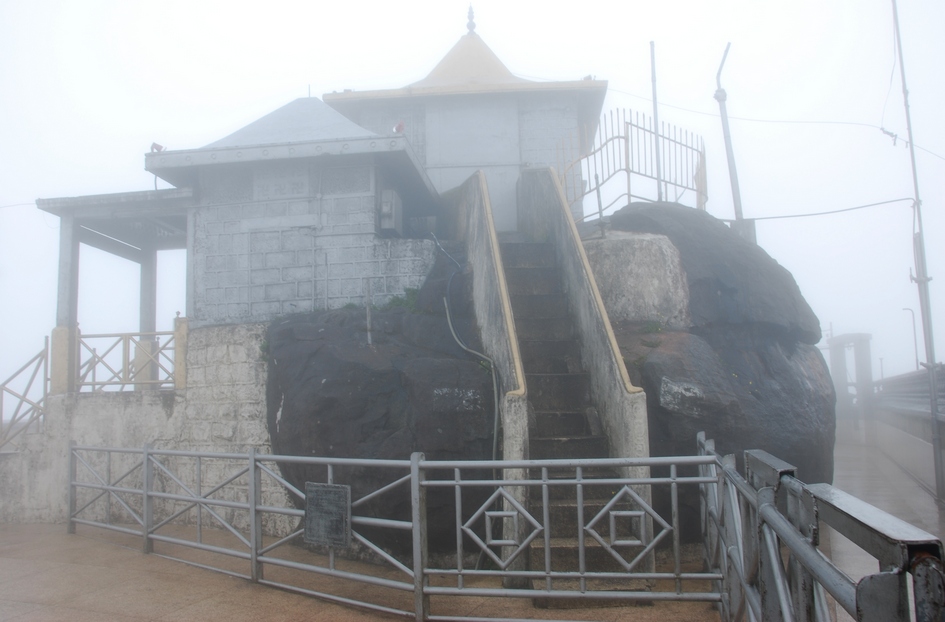 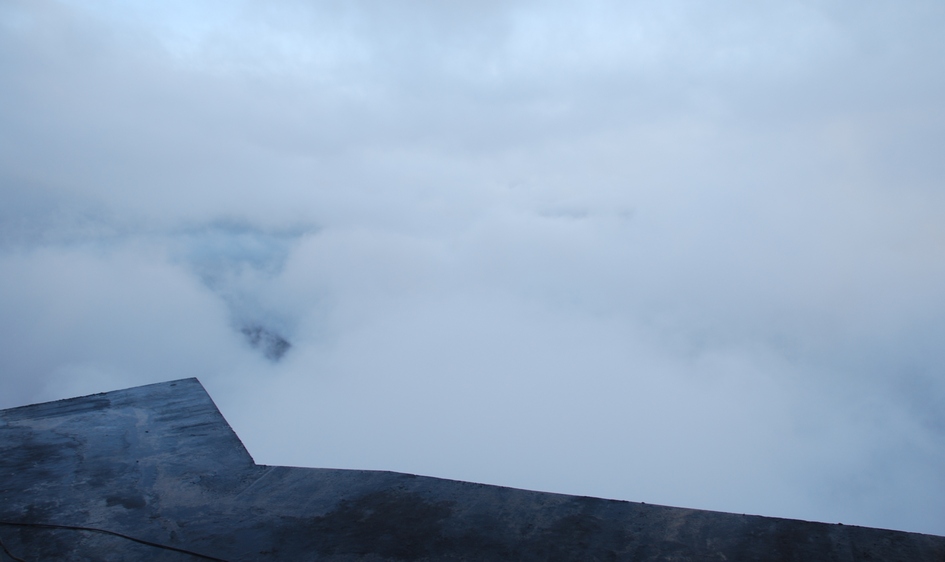 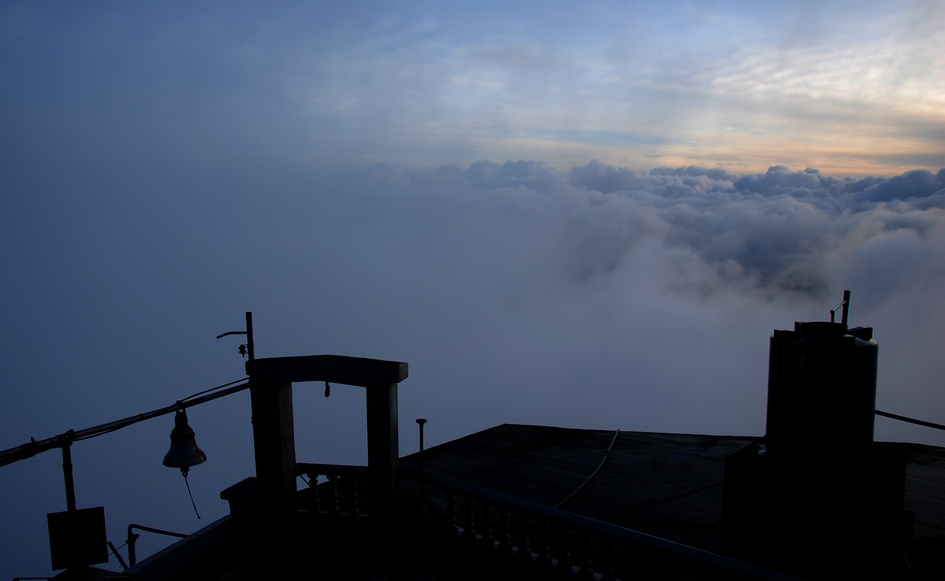 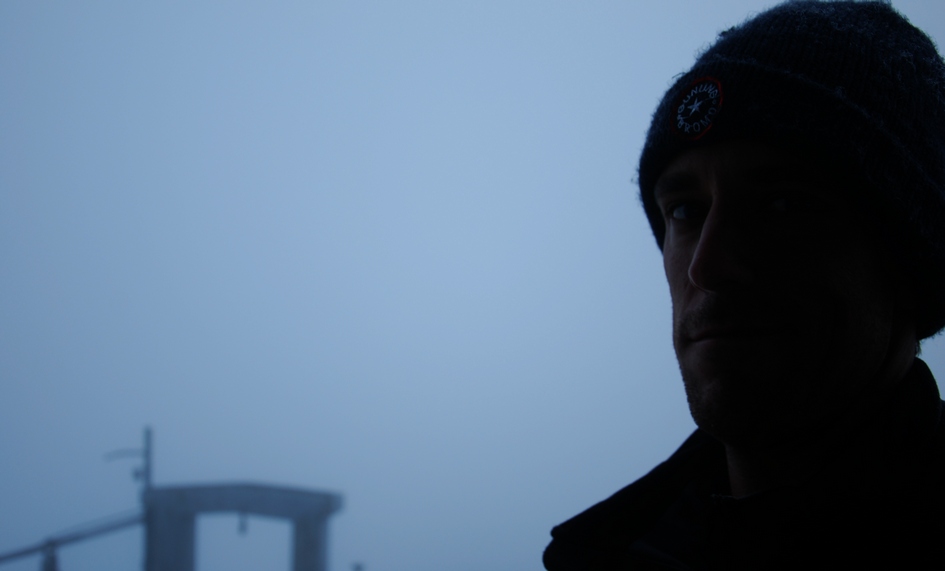 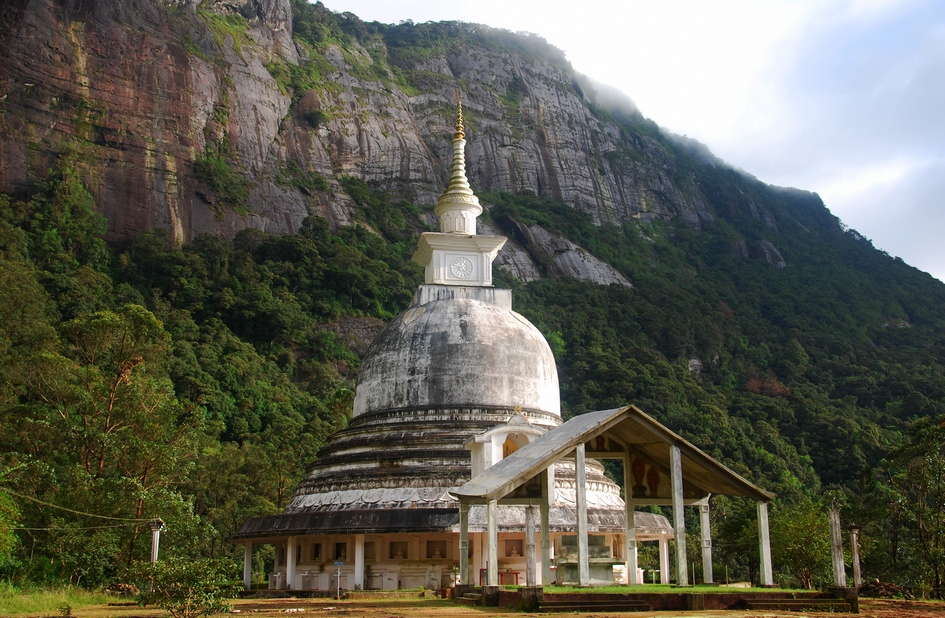 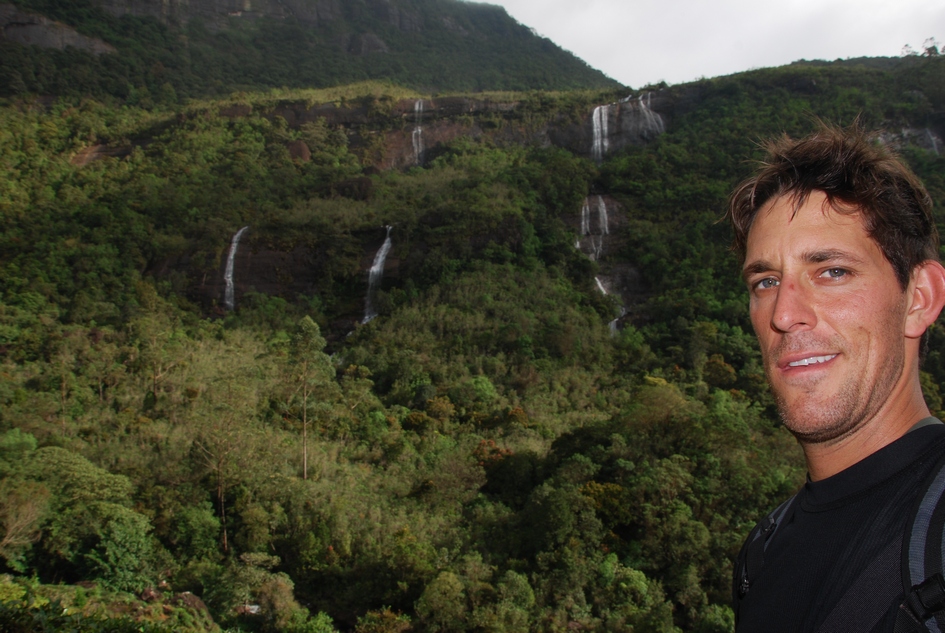 After my climb it was time to head to the beach. The weather in the hill country during this time of year is cruddy poo-poo shit, especially near Nuwara Eliya. A little sun suddenly became an attractive prospect. So after a four hour hike I treated myself to an eight hour motorcycle ride. I underestimated my travel time a tad and threw in a couple of wrong turns for good measure. Slow, winding mountain roads did nothing to expedite my progress and the fact that there was a school holiday made the traffic situation a bit more trying.

The second half of the trip had some rather gratifying scenery and had I not been trying to avoid driving at night I may have made a few stops to snap a pic here and there. That is, of course, if my single camera battery had not decided to refuse to charge correctly. I started the journey with three batteries but my chronic absent-mindedness has been working against me of late.

So I made my way to Arguam Bay….at night. The roads leading to Pottuvil (nearest town) were extremely barren and forlorn, at least at night anyway. As I started to pass a lone motorcyclist he began to make strange had gestures and yell unintelligibly. I shrugged it off and blew past him. He caught up to me and screamed, blaaaahhh graaah dahhh NO LIGHTS!! It seems the poor fellow had no headlight on his bike so I tailed closely behind him all the way to Pottuvil so he could see the road ahead. I was quite literally the light of his life. I suppose there is nothing wrong with a few more karma points in my column. 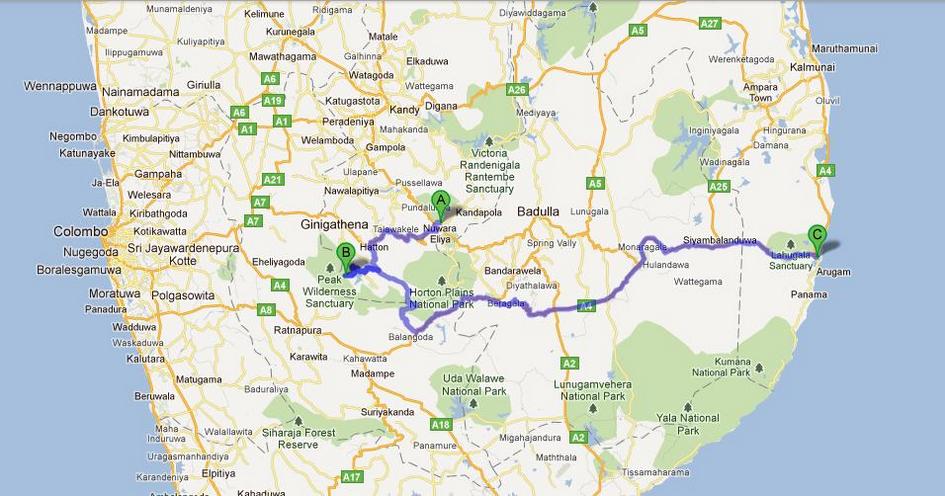