June 30th, 2009 - I left Sungai Penuh this morning. I chose to once again take the mountain road from Sungai to Tapan. I forgot that it had rained significantly the night before and was rewarded for my oversight with an uphill climb in the mud for about two miles. That is big fun on a motorcycle.

Some trucks headed down the mountain were lined up in the road, presumably because they were having problems braking on the way down. I wanted to snap a photo but was afraid to stop. I thought about turning around but realized going down the mudslide would be even more difficult. Luckily, once I arrived on the other side of the hill the mud disappeared and the regular torn-up craptacular road continued.

It was another excellent day of driving with beautiful scenery to take the sting out an eight hour ride mashing my junk into the motorcycle seat. Oceans, mountains, jungle. Lovely. There is a phenomenon in this country that I failed to mention previously. Indonesians are fond of cavalcades, especially where motor vehicles are involved. The most obnoxious are the Harley Davidson clubs that secure police escorts so they can muscle their way through traffic and glide along without suffering the normal impediments indicative of congestion. These folks are normally wealthy douchbags that want a place to play with their toys. Many regular folks are not so fond of these bozos. I’ve seen stories on TV about the controversial nature of slowing traffic for such an ostentatious display of assholeness. Today I was treated to the All Terrain Vehicle Parade. Same ilk different toy. It was a procession of tweaked out Land Rovers making their way from Padang to who knows where. Most of these yahoos would probably get stuck in their backyard after a light drizzle. But they looked good. Real good. 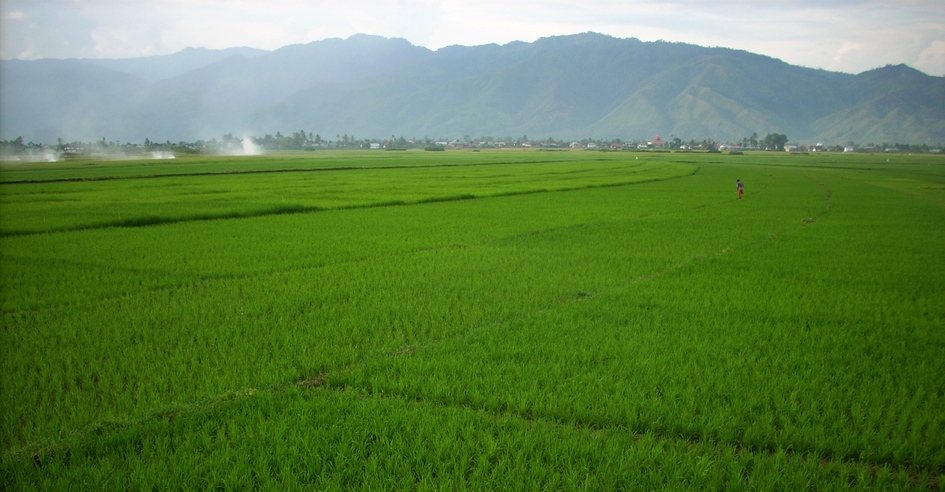 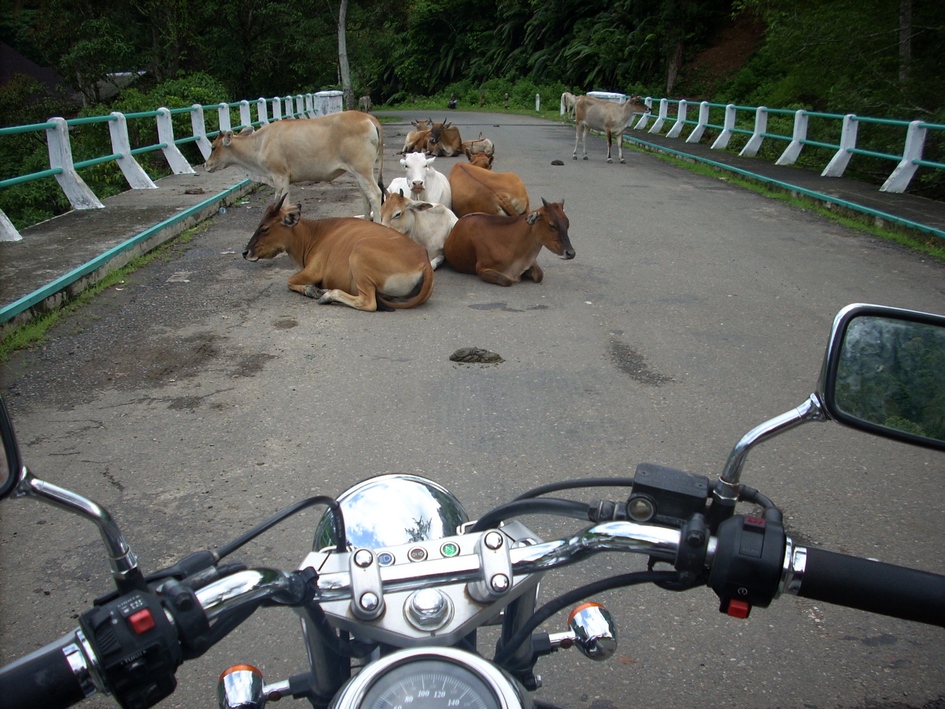 I’ve also seen Tiger clubs (Tiger is Honda’s popular 200cc motorcycle) and Kujang clubs (a small two door SUVish vehicle). The other night a large group of standard issue moped drivers came blazing through Sungai Penuh. No police escort just some dude going ahead and stopping traffic on his own. How do you get that job? Maybe I should start a Bule Club. It could be a procession of tall goofballs on unicycles tearing through Sumatra and beyond. We could juggle and wear leotards.

I stopped along the route and had a bite to eat. I watched a cat piss on my backpack. I thought about pissing on the cat but figured this might be interpreted in a negative light.

I am currently at a little beach-side village by the name of Bungus Beach planning my next move. It’s just so damn stressful. Not a bad place but nothing to write home about. I would like to do a snorkeling trip but am hesitant about going solo as this is a bit pricey. Decisions, decisions.

The sign below is posted at my current accommodation. It is aimed at those who come to enjoy the beach for the day, not hotel guests. Mandi is the basin that holds water and here refers to bathing. Buang air kecil (pee-pee). Buang air besar (poo-poo). ‘Buang’ means to throw away, ‘air’ is water, ‘kecil’ and ‘besar’ are small and large respectively. So if you need to ‘buang air besar’ you have to literally ‘throw away big water’. It’s twenty cents to bathe, ten cents to squirt, ten cents to dump. Capitalism rules. 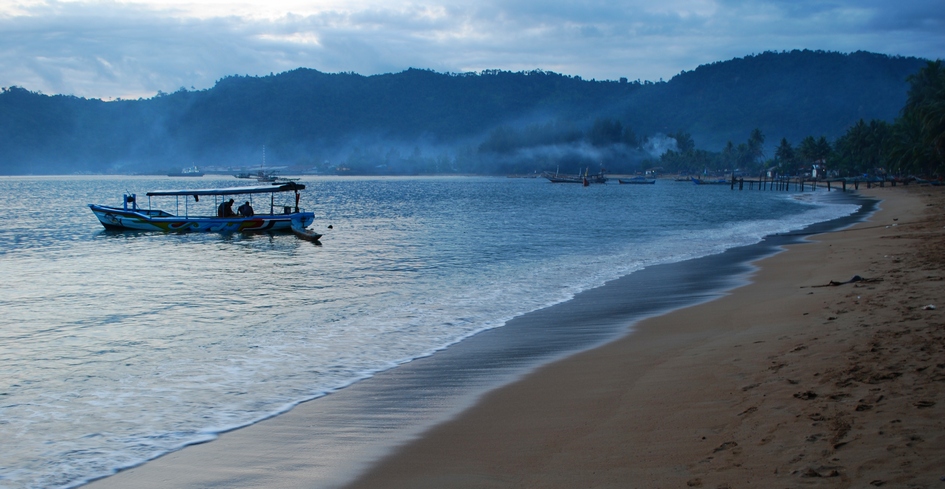 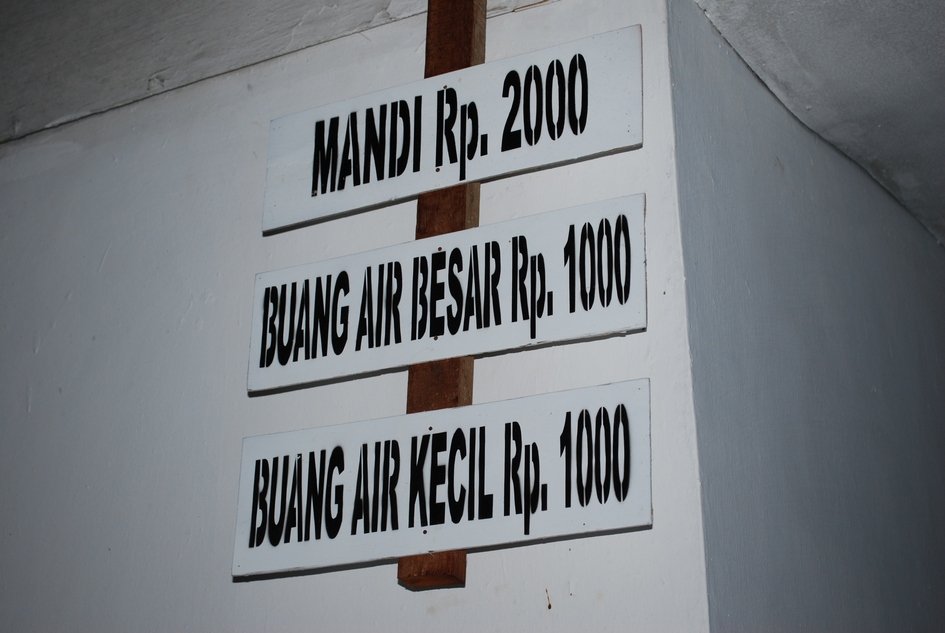