April 8th, 2009 – Days like today are the reason I bought the motorcycle. The drive across this island was superb and included mountain backdrops, seaside views, and emerald green rice fields. I rode for about six and a half hours, the longest stretch I’ve had on the bike. I likey. I really, really likey.

The Lonely Planet guidebook describes the main road across the island as ‘surfaced all the way and in generally good shape’. Ummmm….close but not quite accurate. Although there are stretches that are on par with roads back home there are also stretches that resemble the lunar surface (Never actually been to the moon but I hear its lovely). Luckily, the latter is the exception otherwise I’d still be driving.

The last one is a curiosity/smiling hazard. A small car with a family pulled up on my right (two lane road) as if to pass but instead of doing so merely shadowed me so everyone in the car could wave and get a closer look. The most dangerous element of that situation is not driving parallel to me in the wrong lane but forcing me to quell a uncontrollable fit of laughter that would inevitably lead to 'Dukes of Hazzard' catapult into a nearby ditch.


I made a fuel stop where I once again exercised my powers of stupification. Four or five guys just stood there and stared blankly at me for about ten minutes while I waited for a station employee to refill the underground fuel tanks. One word: uncomfortable. One gentleman broke radio silence long enough to communicate how long it would take to reach Bima. It could have been a zombie movie. As far as I can tell it is harmless. They simply do not get a lot of freakishly tall Americans dropping in with a Honda Phantom.

I missed about two million photo opportunities today. It is a shame but I was humming along and could not be bothered to stop except on two occasions, one of which was to execute a number one. I guess sometimes pausing to capture the moment can destroy the moment or at least water it down.

I was just going to spend one night in Bima and then catch the ferry to Flores (next island to the east). However, a employee I met at the hotel in Senaru for the Rinjani trek hooked me up with his college friend living in Bima. Yeah, it sounds a tad dodgy but he turned out to be a nice guy, a twenty-three year old English teacher from the area. He offered to take me to his village, meet his family, and basically roam the countryside. I had to put aside the nagging feeling to keep moving in order to take advantage of what I perceive to be a unique opportunity. I was griping that I was not experiencing much of Sumbawa. Well, here is a chance to do something about it. I am going to give the bike a rest and rent a car. I gave my new friend (Imin) the money and he is supposed to pick me up at 8 am. Probably never see him again. If I do I am hoping to make up for my lack of photo snapping this day. 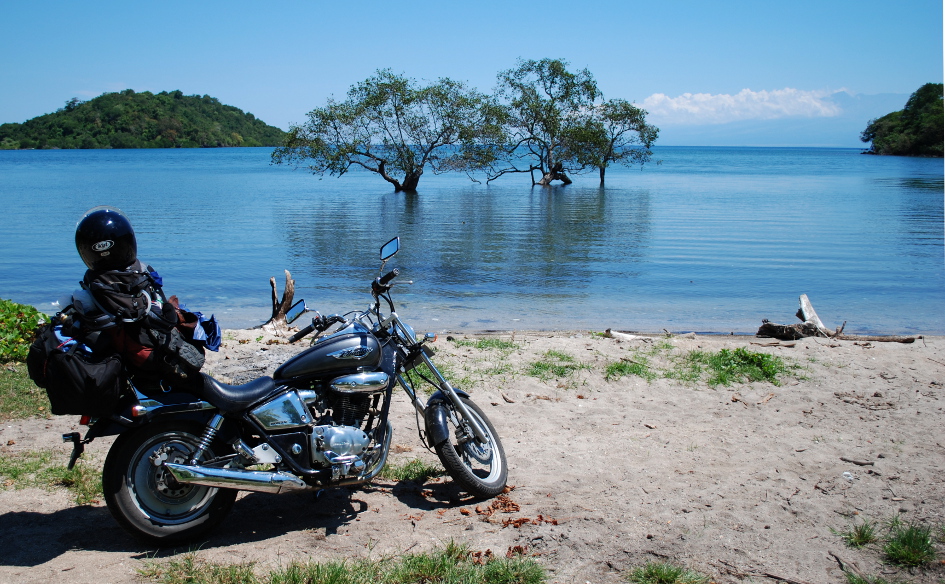 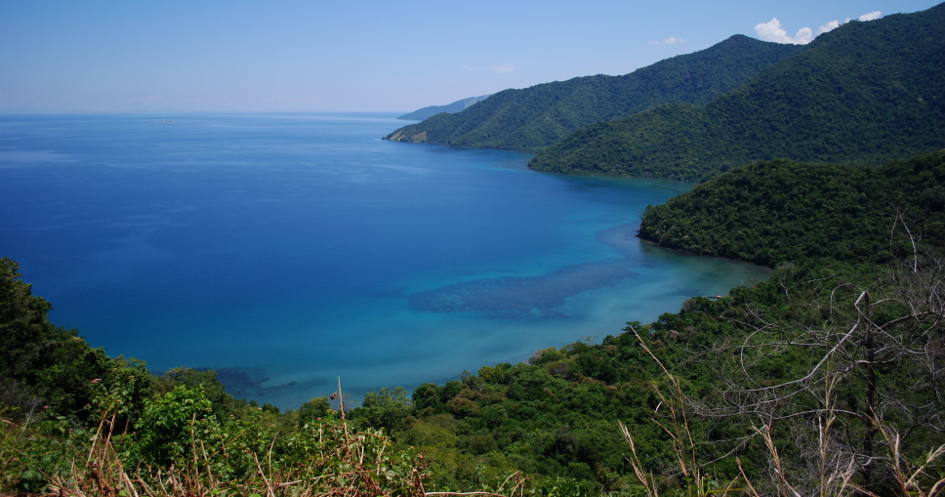 He took me to a small food stall for dinner. I have no idea what I ate. He was not even sure. In the dining area there is a mirror and two combs hanging next to it in case you need to do a little primping. Imin felt the need. Imagine the hygienic ramifications of a public comb hanging on the wall in a restaurant. Perhaps, I am showing my ethnocentric colors but that does not seem like a good idea.

I have seen no other western tourist since I landed on this island. To say I stick out would be a colossal understatement. So far everyone has been exceptionally friendly but it can still be a teensy unnerving.

Most folks here are Muslim but I get the sense that few are radically devout and most have adopted Islam with varying degrees of enthusiasm. It is here but it is not in your face. Maybe just a little in your ear. You will hear prayers bellowing from the local mosque five times a day. This is the norm throughout Indonesia (and the Muslim world for that matter). I suppose many would find it annoying but I actually kind of enjoy the sound. It has a haunting sort of appeal and adds to the exotic feel of the experience. Almost makes me feel like a character in a movie (a drama, not a horror flick).
Posted by Rich at 11:19 AM