Dec 12th, 2010 - (Nov 12th) Vexation. Frustration. Cerebral constipation. Anti-cooperation. This became the nature of our relationship with Ahmed. He was confusing the living bejesus out of us. We floated the idea of having our Dutch friend (Yoris) join us for at least part of our journey. He had hopped on the ore train from Nouadhibou and ended up hitchhiking his way to Terjit afterward. We had space in our Toyota Heliux, Ahmed would incur no extra cost that we could foresee, and Yoris' fluency in French would assist Ahmed as much as it would us. No problem, right? Wrong.

Ahmed resisted. First he said something about insurance, claiming if something happened to Yoris he would be liable. Alllllriiiiight. Liable to who? Was he not already liable for us? What if Yoris had been with us from the start? What is the difference? I was mustering all my powers of empathy to see his point of view. He was not helping.

He mentioned phoning his sister in Nouakchott and asking her to speak with somebody for some reason to accomplish something (She was chummy with someone important). Then he mentioned a tax that had to be paid. As I tried to clarify and understand his position it slowly eroded until he finally told me it would be no problem. Huh? Tax you say? We were willing to pay it but he then claimed it was no problem. In the course of ten minutes he went from 'No F'in Way' to 'Ain't no thaaang but a chicken waaang'. Yes, I was bewildered. What else is new? It was impossible to accommodate him because it was impossible to determine what the hell he wanted.

I asked him repeatedly if it really was ok and he reassured me……repeatedly. We slept. The next morning Leslie approached Ahmed to once again confirm that Yoris would be joining us. Somewhere in the course of the evening he once again decided it was not possible. Leslie gave a disappointed child-like sigh while slowly letting her gaze rest on the ground. Awwwwwww...shucks. It was too much for Ahmed. His force field of detachment crumbled beneath Leslie's insidious guile. Women really are the root of all corruption. A nanosecond later we were back to 'No problem!'. Game on.

We had no way of knowing if his myriad reservations about Yoris' presence were in any way legitimate or found their origins in the financial realm or neither. We honestly still don't know. As Yoris was traveling alone in the Adrar we almost felt obligated to invite him to join us. And notwithstanding Ahmed's puzzling protestations we could fathom no legitimate reason for not doing so. Not only did he seem to be a good guy we figured all would benefit from his presence, especially Ahmed in light of Yoris' language skills. He did, in fact, join our party, but not without yet another struggle with Ahmed. He was not pleased.

So with the third musketeer in tow we made our way in the direction of Chinguetti. Not long after leaving Terjit we passed through the oasis where Ahmed had tried to convince us to stay on the previous evening. It was nice but nowhere near as visually spectacular as the oasis at Terjit had been. Ahmed's true motive was his relationship with an auberge owner in this oasis. Instead of just telling us straight out he came up with a myriad of excuses for leaving Terjit, not the least of which was the imagined threat of malaria. Crafty little minx.

We made a stop to have a peek at some ancient cave paintings along the way but no one was around to allow entrance. We even tried the cell phone number on the sign but to no avail. Caves closed. So we moved on. 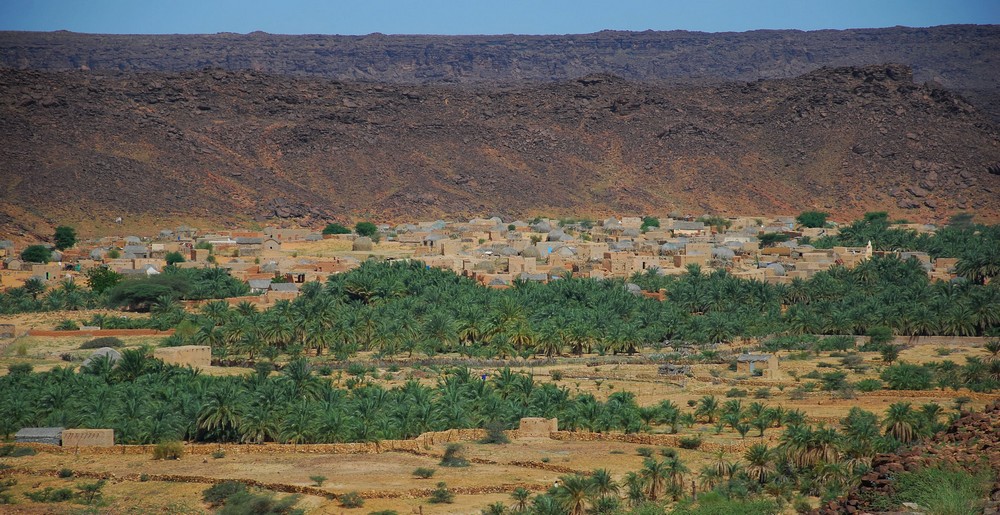 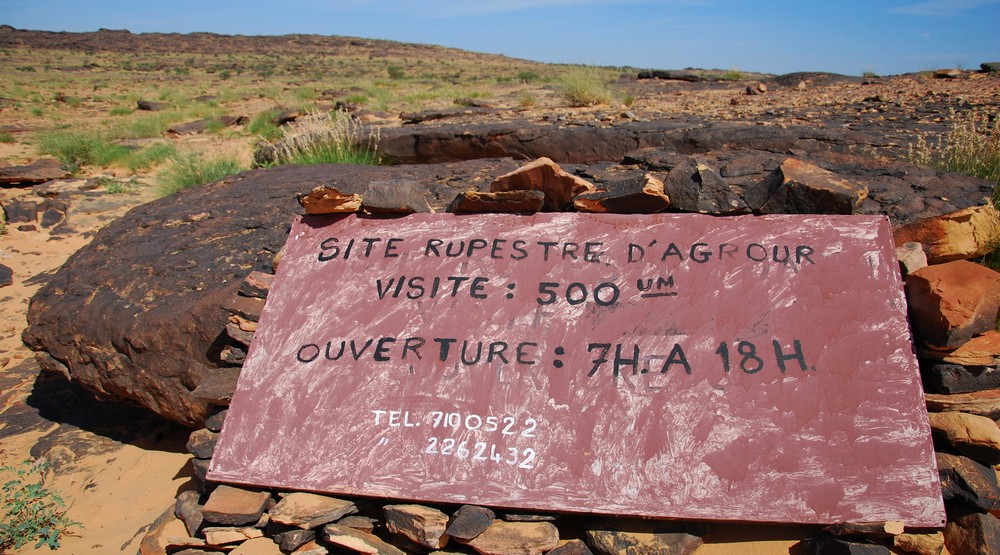 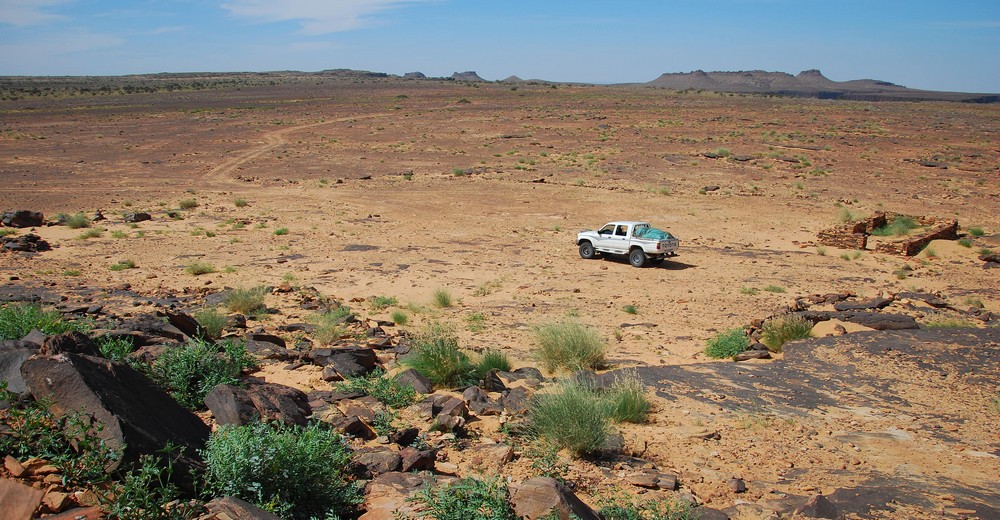 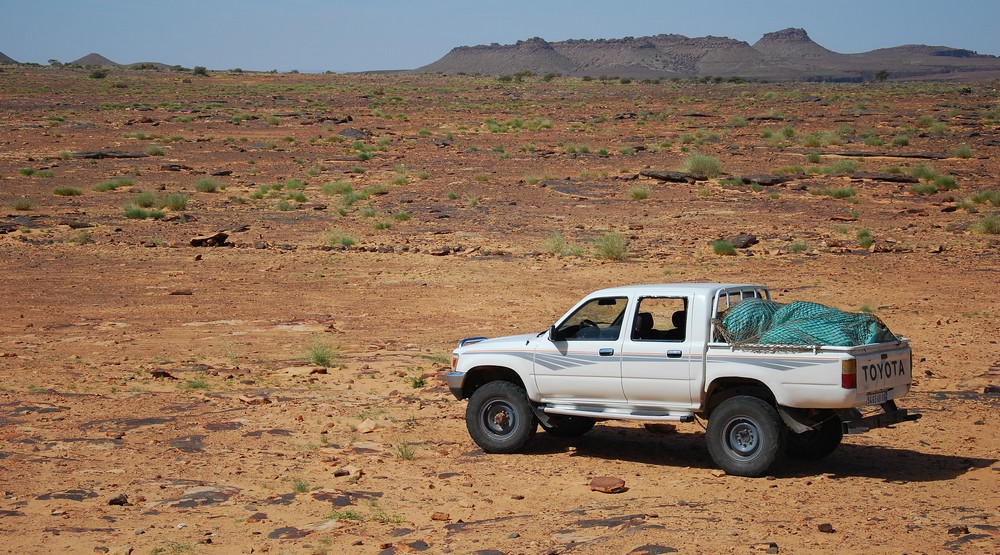 We then arrived in Chinguetti for a bit of lunch and a peek at one of the medieval libraries containing thousands of ancient manuscripts pertaining to Islam. Chinguetti was once a gathering place for pilgrims making their way from the Maghrib to Mecca. As such it is considered the sixth or seventh holiest city in Islam (depending on who you talk to). Within the city's confines are five ancient libraries harboring manuscripts from the time of Chinguetti's golden age when it was a center for Islamic study.

After lunch we located one of the caretakers who agreed to give us a short tour followed by an explanation of how the manuscripts were created. It was excellent. He even recited/sang a bit of poetry contained within one of the books. As I sat there listening to our guide's explanation (with Yoris playing the part of translator) I felt a remarkable calm wash over me, a feeling I only get when visiting a sacred place. I like to think of experiences like that as an existential sedative. Ahhhhhhhh.... 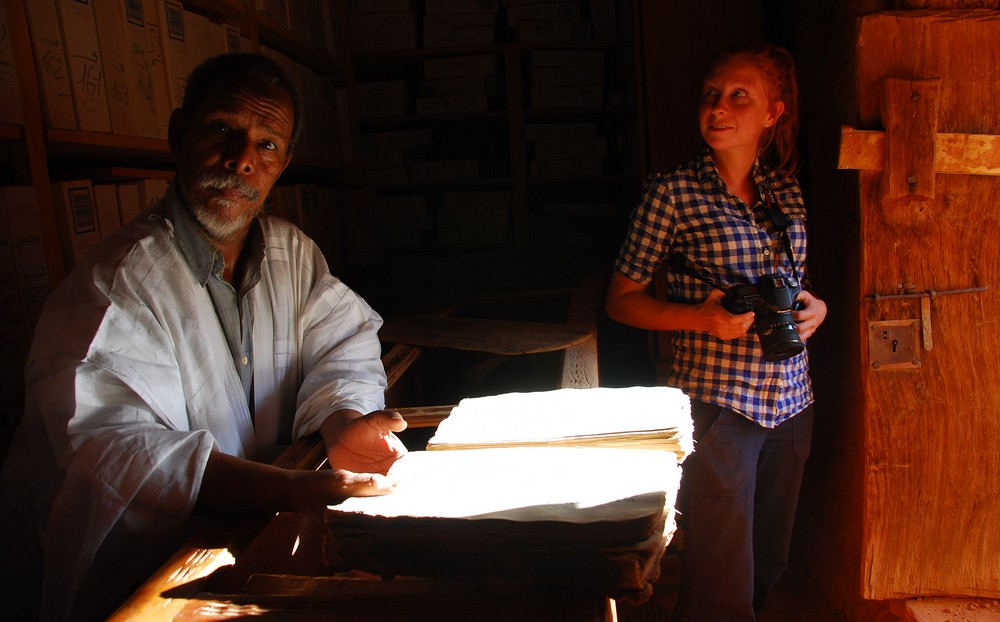 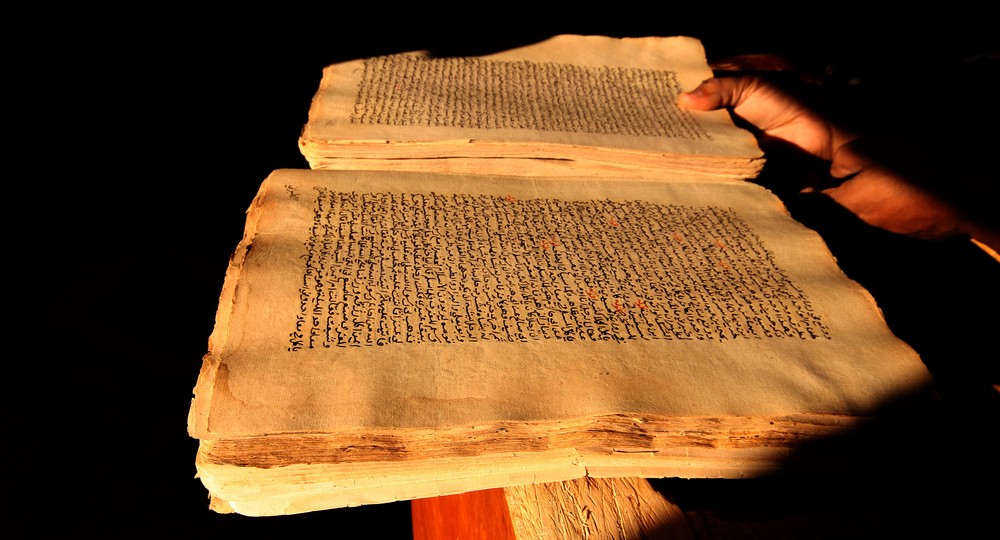 Ahmed was getting anxious. Actually, Ahmed was pretty much in a perpetual state of anxiousness ever since Leslie thwarted his marriage proposal. If we were to get to the oasis of Tanouchert before sunset we needed to giddy, giddy-up. Why did we need to get to Tanochert before sunset? Because Ahmed said so. Throughout this trip we had been deferring to Ahmed as he is a) from Mauritania; b) a tour operator; and c) had, presumably, done this before. It would have made much more sense to sleep in Chinguetti that night and then head to Tanouchert followed by Ouadane the next day. We had no way of knowing this but in hindsight it appears that Ahmed was growing tired of our company and was looking to wrap up our desert extravaganza sooner rather than later. So we were off to the oasis.

I have to say that if you ever have the opportunity to be in that part of the Mauritanian Sahara (somewhere between Chinguetti and Tanouchert) with the late afternoon sun making its final descent for the horizon do not miss the chance. Ideally, you would plop your happy ass on a dune overlooking a heard of camels sauntering across a sandscape smattered with varying hues of deep orange. Even more ideal would be a night spent sleeping atop the sand under a blanket of stars. Take a 4WD. Take a camel. Do what you have to do but DO NOT take Ahmed. Had I been prescient I would have suggested a night in Chinguetti with a late afternoon incursion into the desert for an unforgettable sunset. Wine would be one hell of a trip enhancer. Tea would suffice.

Ahmed was extremely nervous about the prospect of driving at night which explains his reluctance to allow us a few minutes to enjoy the setting sun. This seemed reasonable at the time. Driving in the desert at night with no real road could make spotting an oasis difficult. Perhaps desert marauders were weighing on his mind. And I'm sure his near lack of night vision filled him with a healthy dose of anxiety (Forget his night vision. On our return to Noakchott a few days later we discovered his overall vision was less than stellar). Understandable…..until you consider that there was no F****ING reason for us to be doing it in the first place! We could have slept in Chinguetti and frolicked in the dunes that evening or the following morning. All Ahmed need do is tell us he was pooped. No problem. Arrrrrrrrrgh!

Ahmed did not want to drive in the desert at night so we spent the better part of two hours driving in the desert at night (might as well have enjoyed the sunset). Why you ask? Because we got lost of course. We stopped at a nomad's tent, asked directions, drove around in circles, and ended up back at the same nomad tent to ask directions again. At one point Yoris was atop the roof of the 4WD attempting to find our oasis.

Luckily, we did finally end up in the right place although I am not entirely sure how. No one was particularly cheerful by the time we arrived, especially Ahmed. Can't blame him for that. He did spend the better part of the day and evening driving in the desert unnecessarily. Ahmed was pissed at life. The three of us were pissed at Ahmed. Leslie was cursed with the monthly feminine bonanza and my head cold was still giving me fits. Even with all this I hold not one single regret. Just being where we were being was incredible, Ahmed the Grumpy notwithstanding.

The next morning I rose early and went for a solo jaunt among the nearby dunes. Tanouchert is an oasis village right out of a T.E. Lawrence journal. The desolation is almost palpable although the complete lack of other tourists probably intensified the perception past the normal reality that exists. It is hard to imagine folks grinding out what appears to be a difficult existence day after day after day. It is a remarkable place. I am better for having experienced it. Thank you cosmic hand of fate...or some shit. 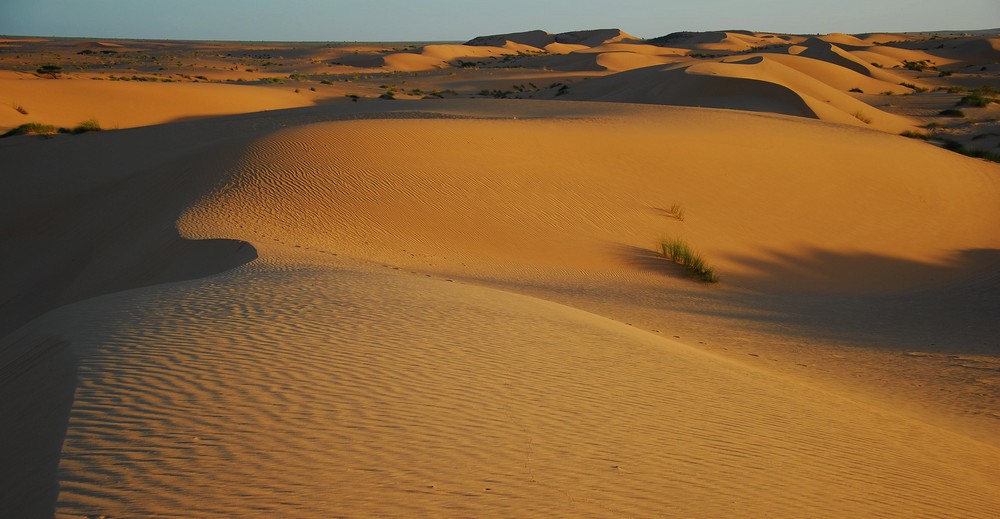 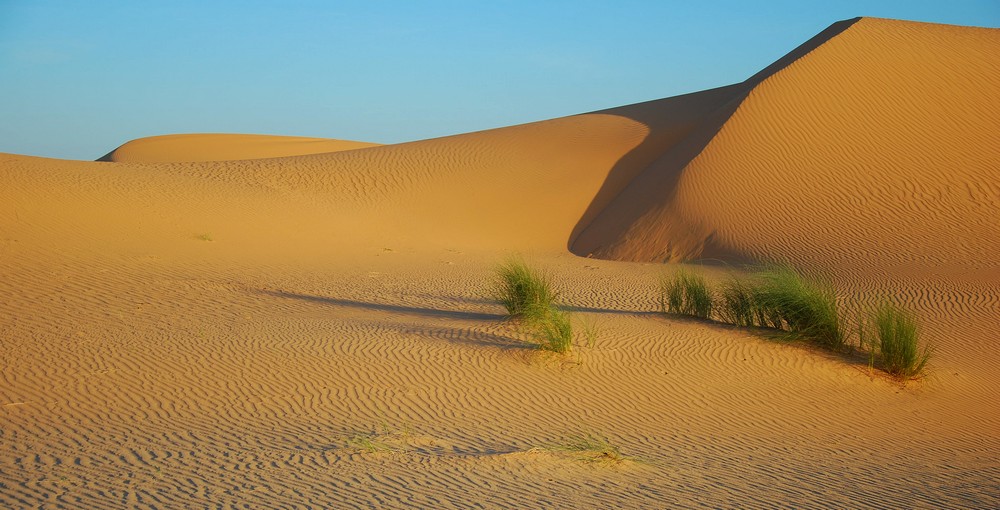 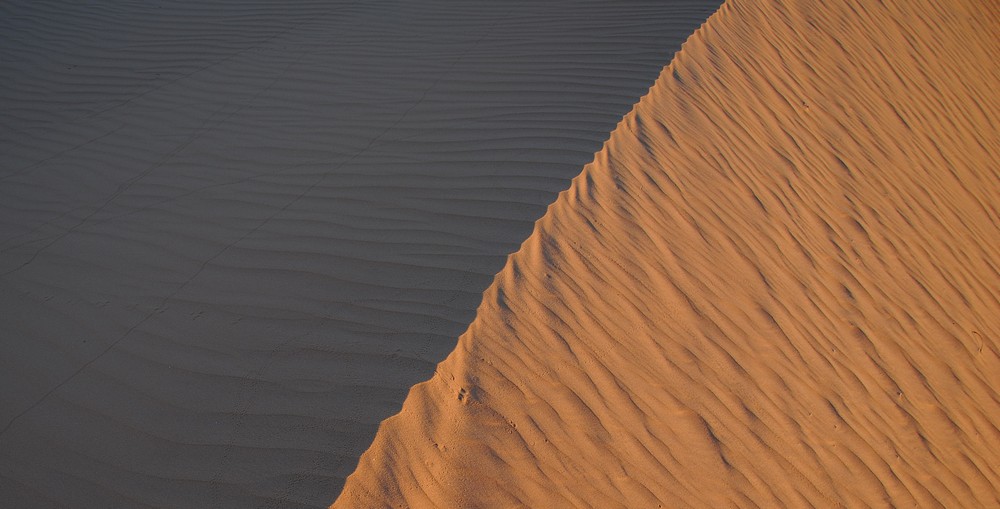 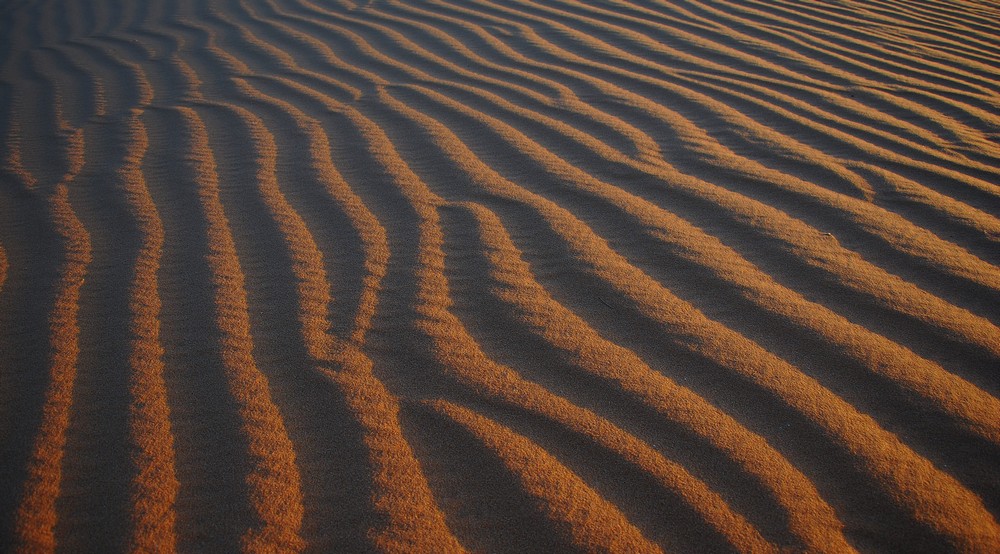 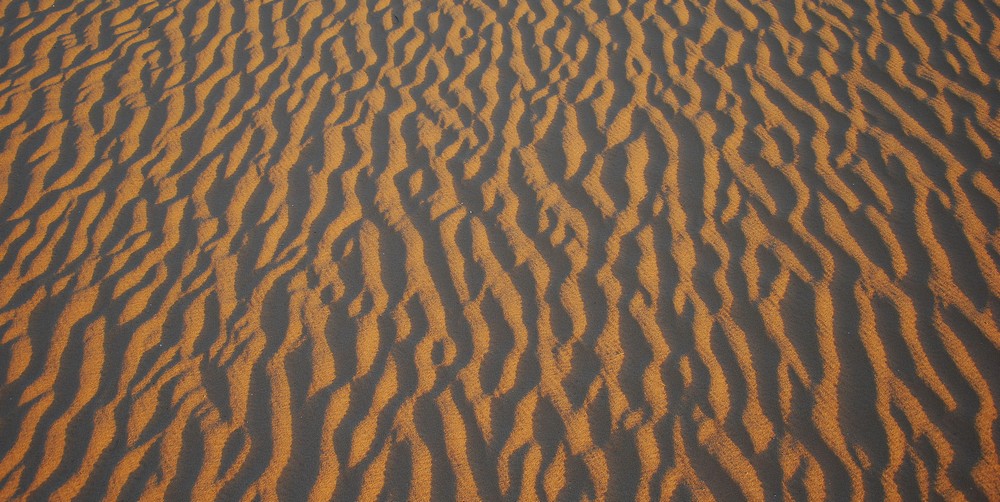 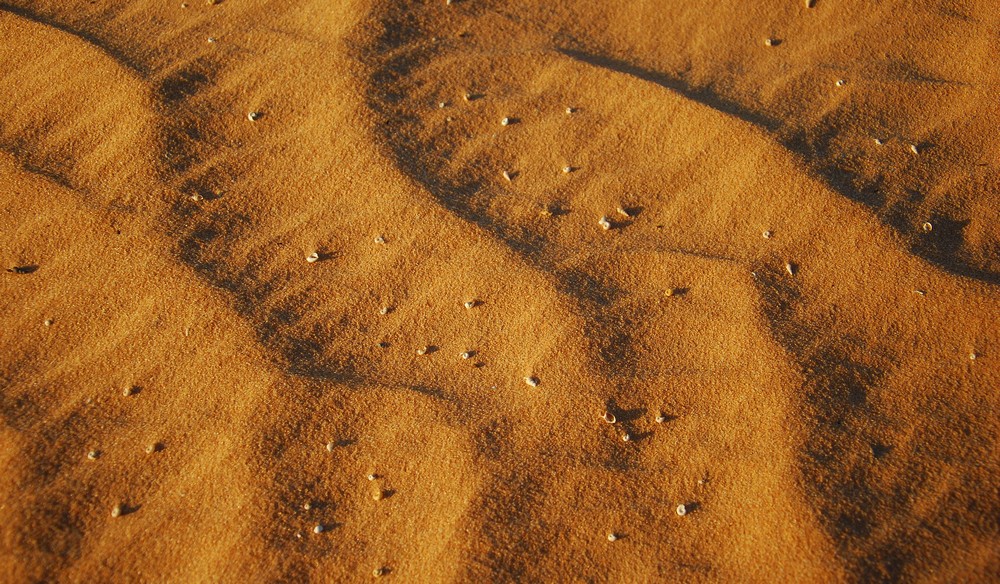 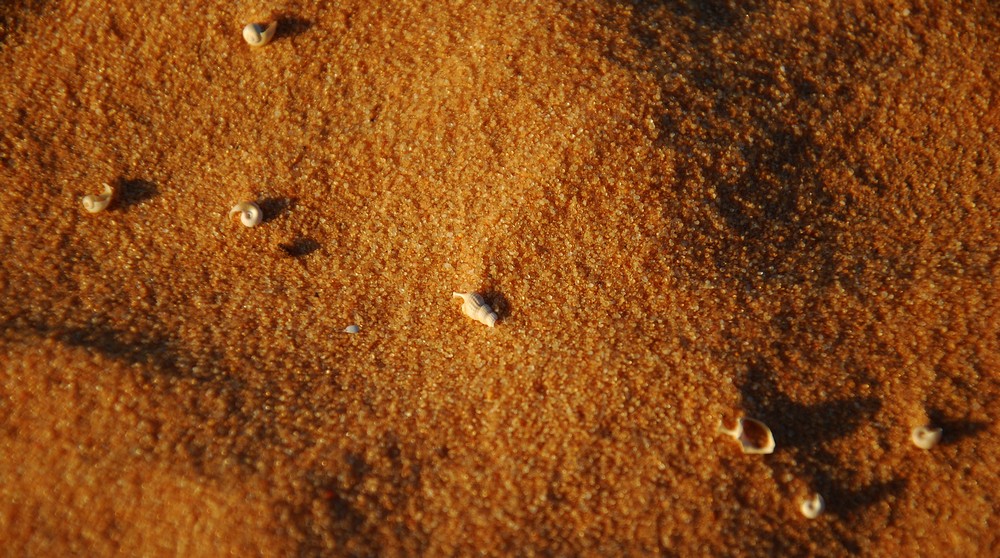 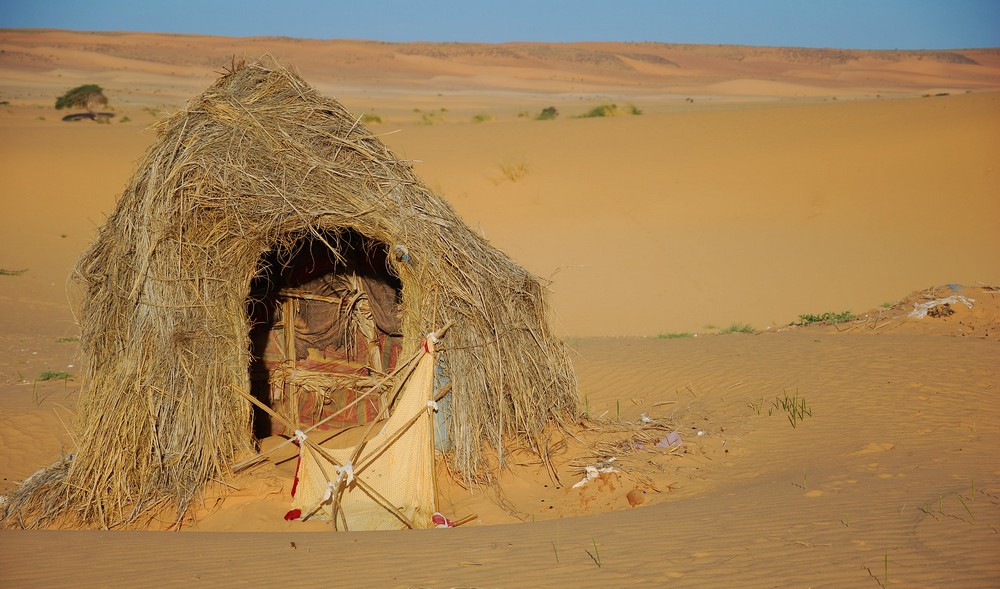 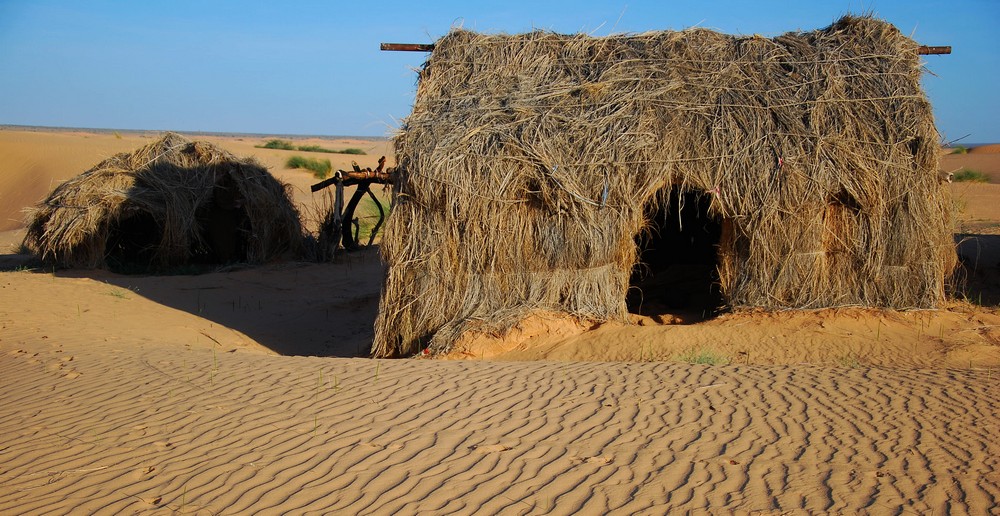 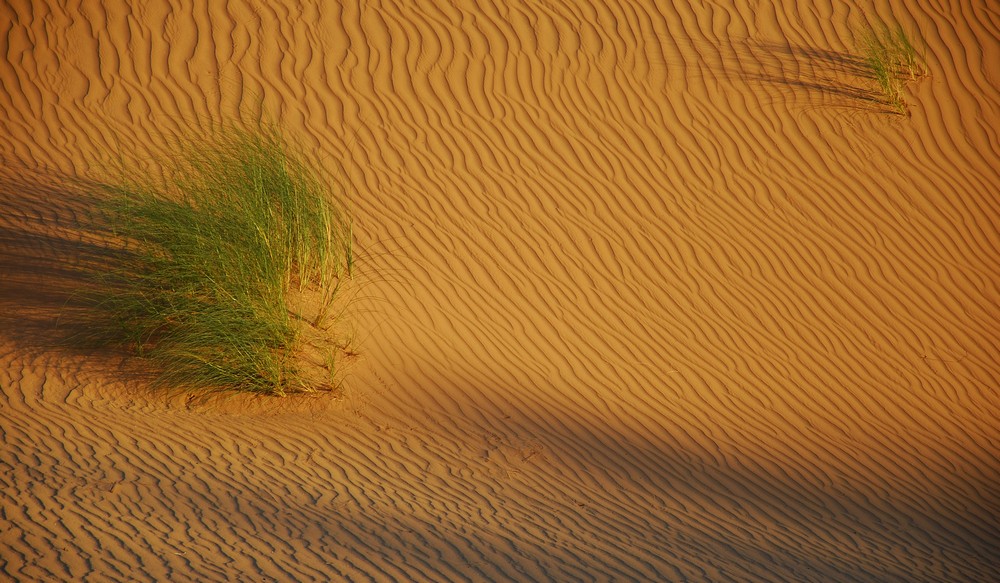 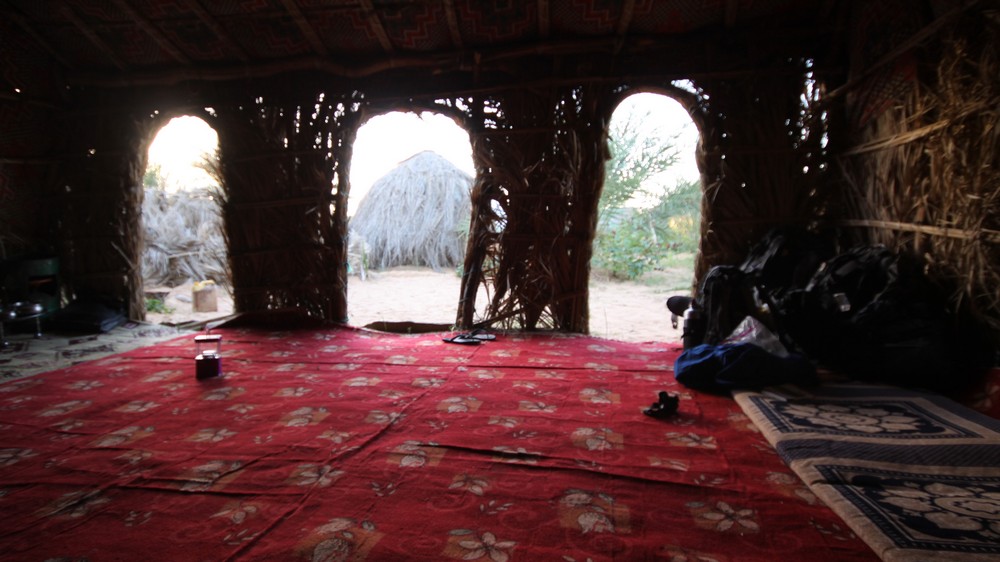 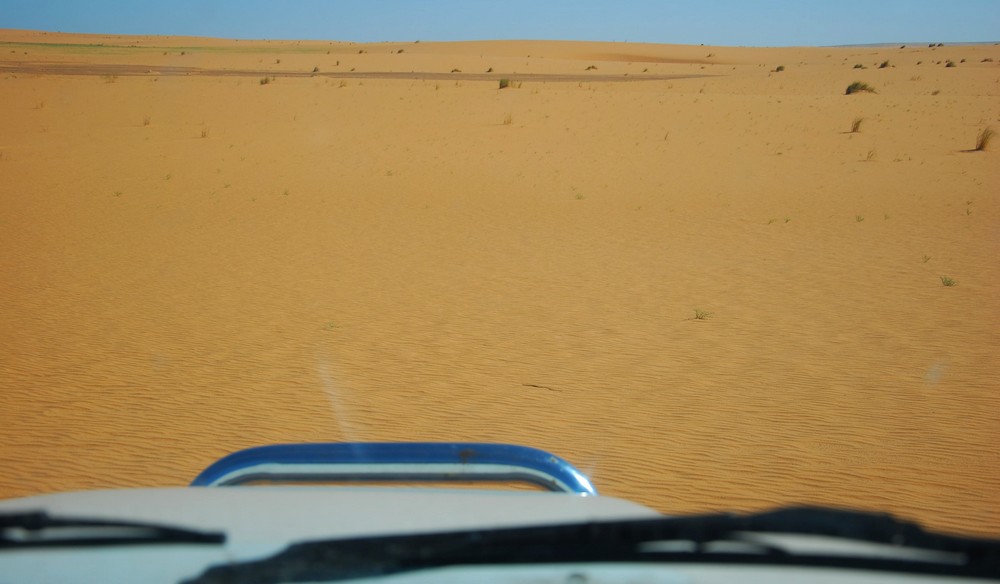