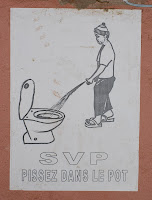 March 18th, 2011 (December 2010) – We were advised to get up early in order to catch the bus running from Djenne to Mopti. As we were also told we would most likely have to wait for the bus to fill up we slept in and arrived sometime around 7 am. This was just in time to watch people pack into a bush taxi headed for Mopti. It was also at this time we discovered that we could have purchased a ticket for said taxi at a nearby office the previous evening. Oops. We only had to wait another five hours for a small van to acquire enough passengers to proceed ('enough' meaning jam packed). At least we met some interesting Peace Corps volunteers that helped counter the ennui a bit.

Upon reaching the main road one of the van's tires decided it had enough and went flat. The only criterion for replacement is whether or not the tire is structurally intact. Not to worry as the driver flagged down a passing bus which loaded us up and carried on within minutes of our breakdown. The ride to Mopti was relatively smooth but sitting around in Djenne for close to seven hours waiting for the journey to begin did not do much for our morale. Each subsequent bus ride in Mali seemed to siphon a little more life out of the both of us.

So when we disembarked in Mopti neither of us was in the mood for the fusillade of touts (Taxi? Pinasse? Dogon? Hotel?) that began their assault the moment our feet touched the ground. I felt a little like tearing out a gob of hair and screaming, "AHHHHARRRGHBLAAAAAHFLEEEEEEOOOOOOH!!!". Leslie, an exceedingly mild-mannered female, appeared as if she might start swinging. We managed to negotiate the onslaught and make our way to a hotel with the help of a local guide….that gave us his card…..and offered to guide us to Dogon (Days later when I ran into this gentleman again he demanded that I return his card in light of the fact that we would not require his services). After getting a room I was standing in lobby-type area talking with another Malian gentleman…..that gave me his card…..and offered to guide me to Dogon.

I may seem like a callous unfeeling insensitive bastard in regard to local entrepreneurs trying to make a living but they are relentless to put it mildly. And for good reason. Many of these folks are desperate. Too much supply. Too little demand, most of which comes from fairly affluent folks who have prebooked the entire journey leaving little for those offering their services ad hoc. It can be difficult to watch at times. What can you do? I honestly don't know. Avoid Mali altogether? Throw money at people like a Pez dispenser? There is no real answer which can make the situation so troubling. I often feel pangs of compunction followed by bouts of frustration but have to remind myself that I am human. Who knew?

It was research time. We interested in another Niger boat trip in this area and we wanted to head to Dogon at some point….probably. The more we read about Dogon the less enthusiastic we became. In fact enthusiasm was becoming a scarce commodity. We also had ATM issues that augmented anxiety levels (keep in mind that neither of mine functioned so I had to borrow vast sums from Sugar Mama. Authors note: She prefers Leslie as an appellation).

We arranged for an afternoon pinasse excursion to nearby villages with a man we'd met the previous evening. We assumed he would be piloting the craft but this was not so. Instead he had a man for the job, a man that spoke nary a word of English and was as excited about the journey as I am about mashed potatoes.

So off we went. Although the boat had an engine and the engine was running our movement was testudinal at best. In the beginning this made sense as we received a close of view of the frenetic bay area where we saw all manner of people and goods being stacked on large pinasses for extended river journeys. But then as we pulled away our velocity remained steady. We probably could have swum faster. I found this perplexing as I thought we were headed to a village down river. I was right but down river meant 'just across the river from Mopti.' No need to rush, right? I can't be sure if this is normal or a way of saving petrol. We managed to talk him down a bit on price and considered this might be the result of our efforts. Who knows? This basically means that the two and a half hour trip was only two and a half hours due to our pace. No other reason. Yes.

When we arrived at the village it felt a little like we'd entered hostile territory. It was not the friendliest bunch of folks. We felt like intruders which apparently is exactly what we were. It was clear that our chauffeur was not from the village and knew no one there. His presence was as unwanted as ours. A young woman approached and requested I take her photograph. Actually, demanded is more like it. I was hesitant because I had an idea what was coming. She persisted. Here's my dramatization: "Mister. Photo! (She strikes pose with smile) Photo! Take photo! (pose/smile) Mister, photo! (I depress shutter) Money!!"

Uh-huh. I did a dramatic recreation of her behavior and then erased the pictures from my camera. Onlookers found that quite amusing. After a short walk through the village (we might as well have been walking through someone's house) we decided we'd had enough and returned to the boat. I cannot say I blame the villagers for this reaction. Imagine how you would feel if someone brought strangers to your home to have a look around and provided no compensation whatsoever. Awwwwwkwaaaard!! I half expected someone to scream, 'Get'em!' followed by a healthy ass kicking.

So we climbed back aboard and tore out of there like a snail on Splenda. We were supposed to visit another village but declined that option in light of our previous experience. We did manage to enjoy the sun set over the water so it was not a total loss. 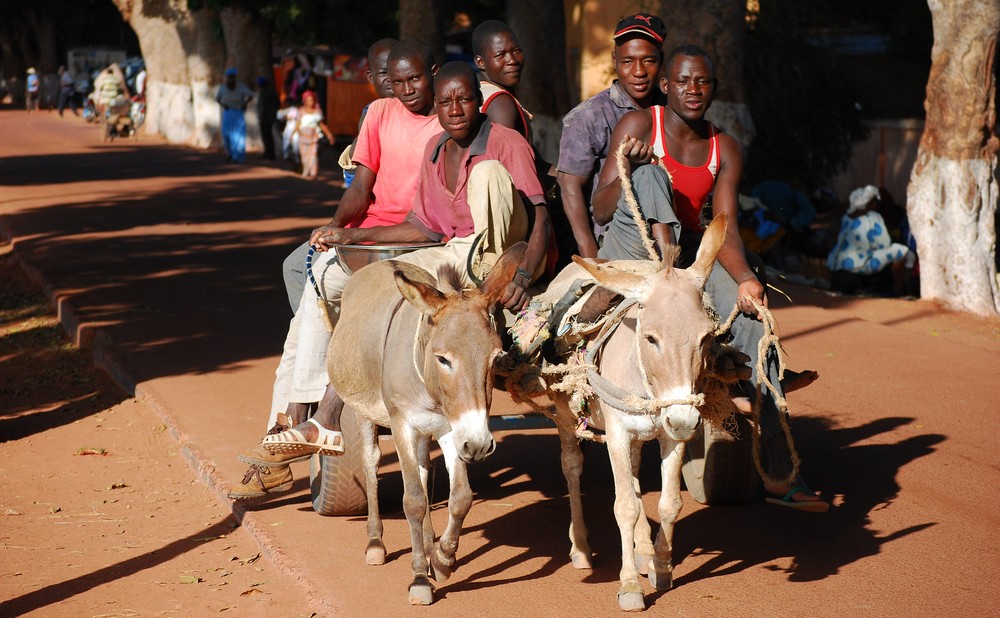 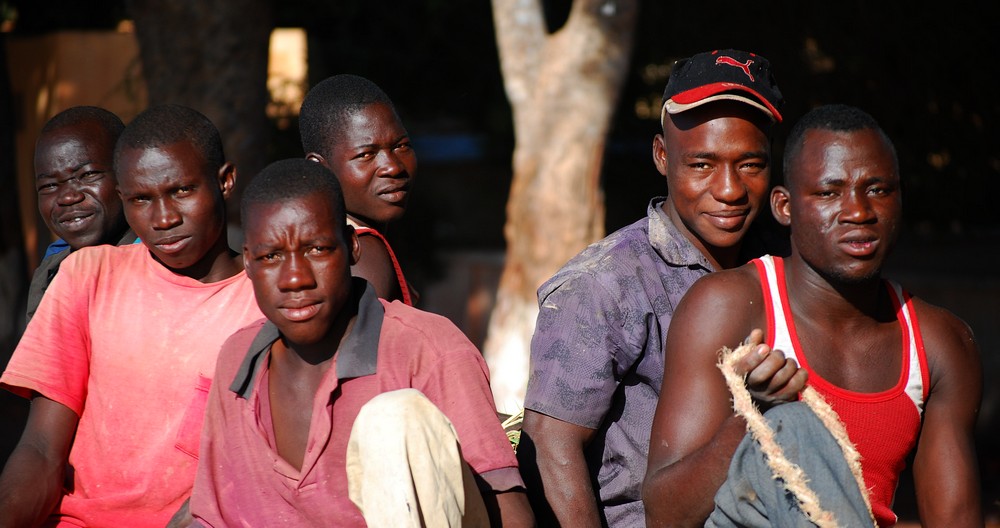 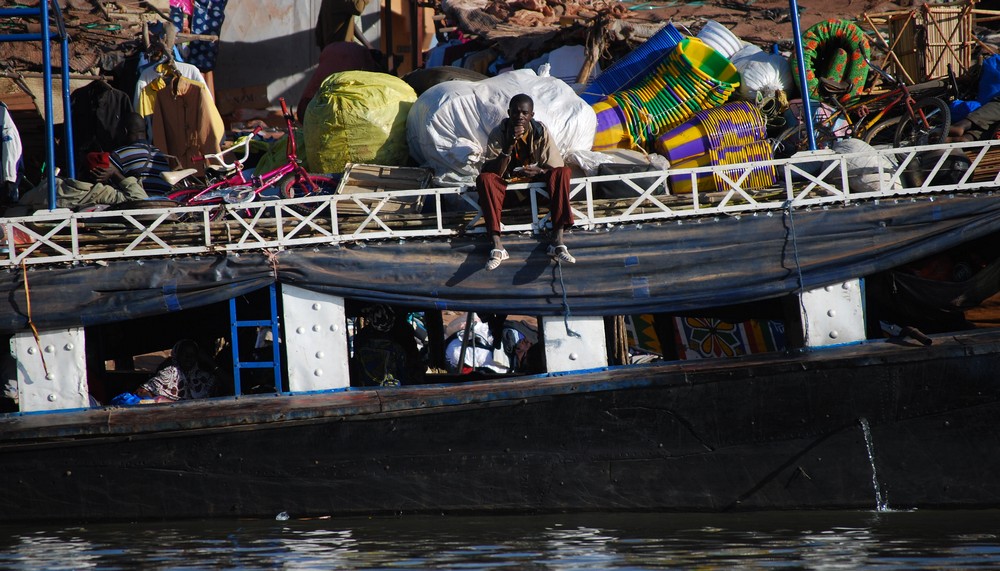 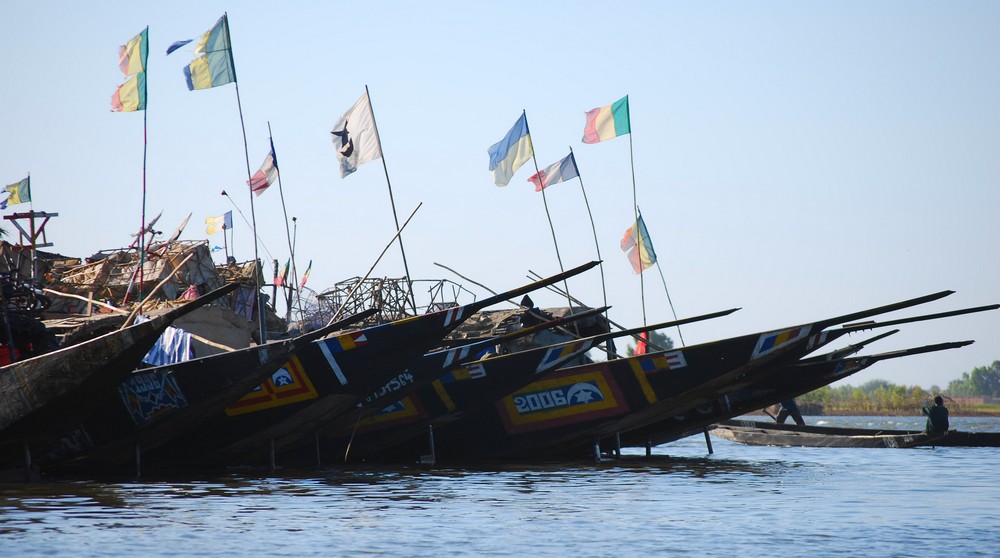 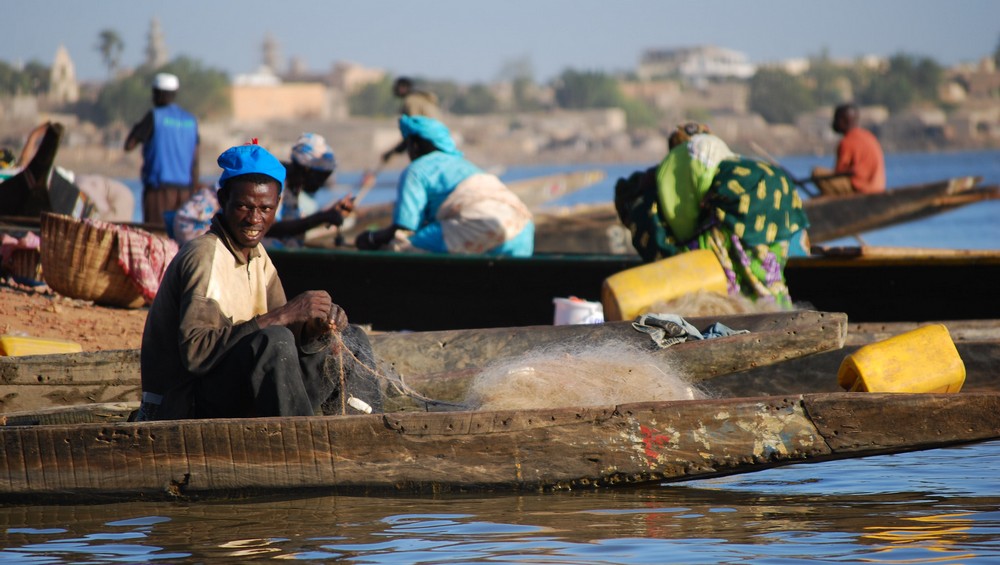 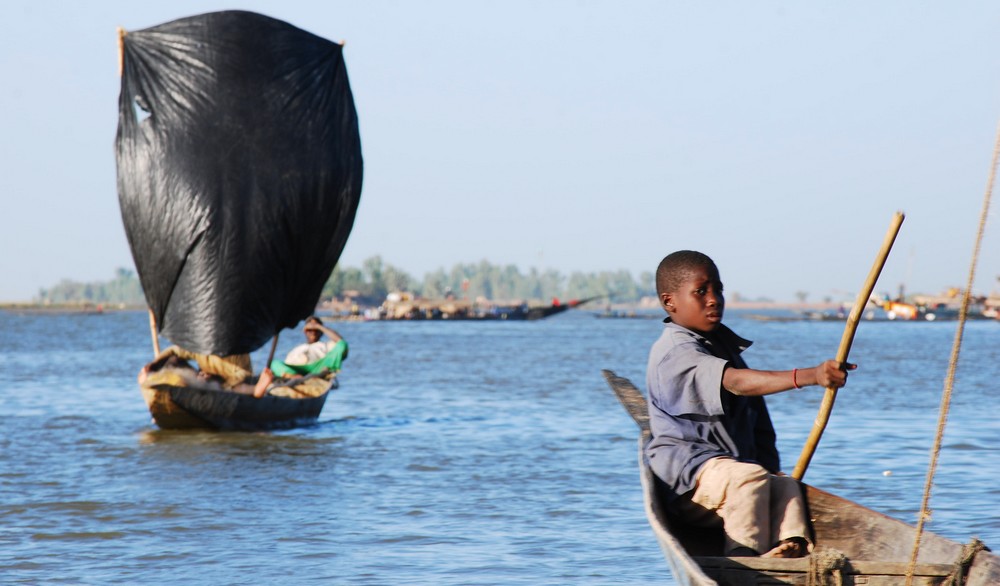 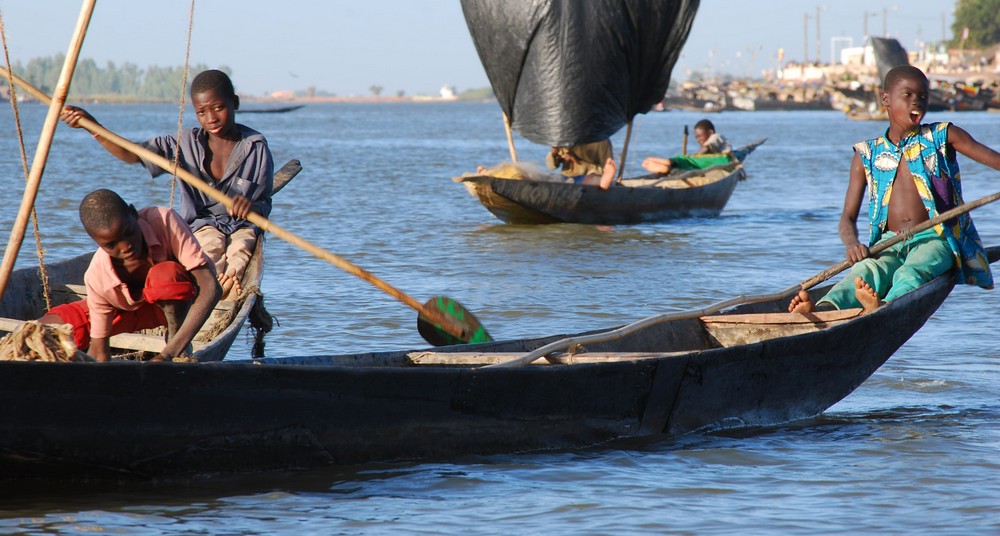