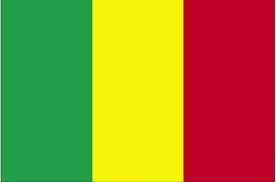 Feb 7th, 2011 - (December 2010) After arriving in Mali it became increasingly difficult to keep the blog current and for the next few months I was hopelessly behind. I did manage to catch up eventually but I think the quality suffered a bit due to the reporting delay. Get it while its fresh or the bread gets stale. Still, I suppose something is better than nothing and I did manage to take down enough to keep it alive in my memory for years to come. If you travel like I did write it down even if its just for you. You will not regret it. Trust me.

The rest of my time in Mali was not unlike the trip there. Degrees of shitty. There were some interesting experiences along the way but by and large the visit was less than ideal. We were supposed to check out the Festival in the Desert but we simply could not take any more. We were compelled to hit the eject button. Getting out proved to be as frustrating as getting in.

We arrived in Bamako after our a two day bus-a-thon with, generally speaking, piss poor attitudes. We spent the next couple of days leap-frogging from hotel to hotel in search of peace and tranquility. We finally landed at the Sleeping Camel, a wonderful respite on the edge of the chaos that is Bamako. We spent eight days there getting our bearings and planning our foray into Mali. 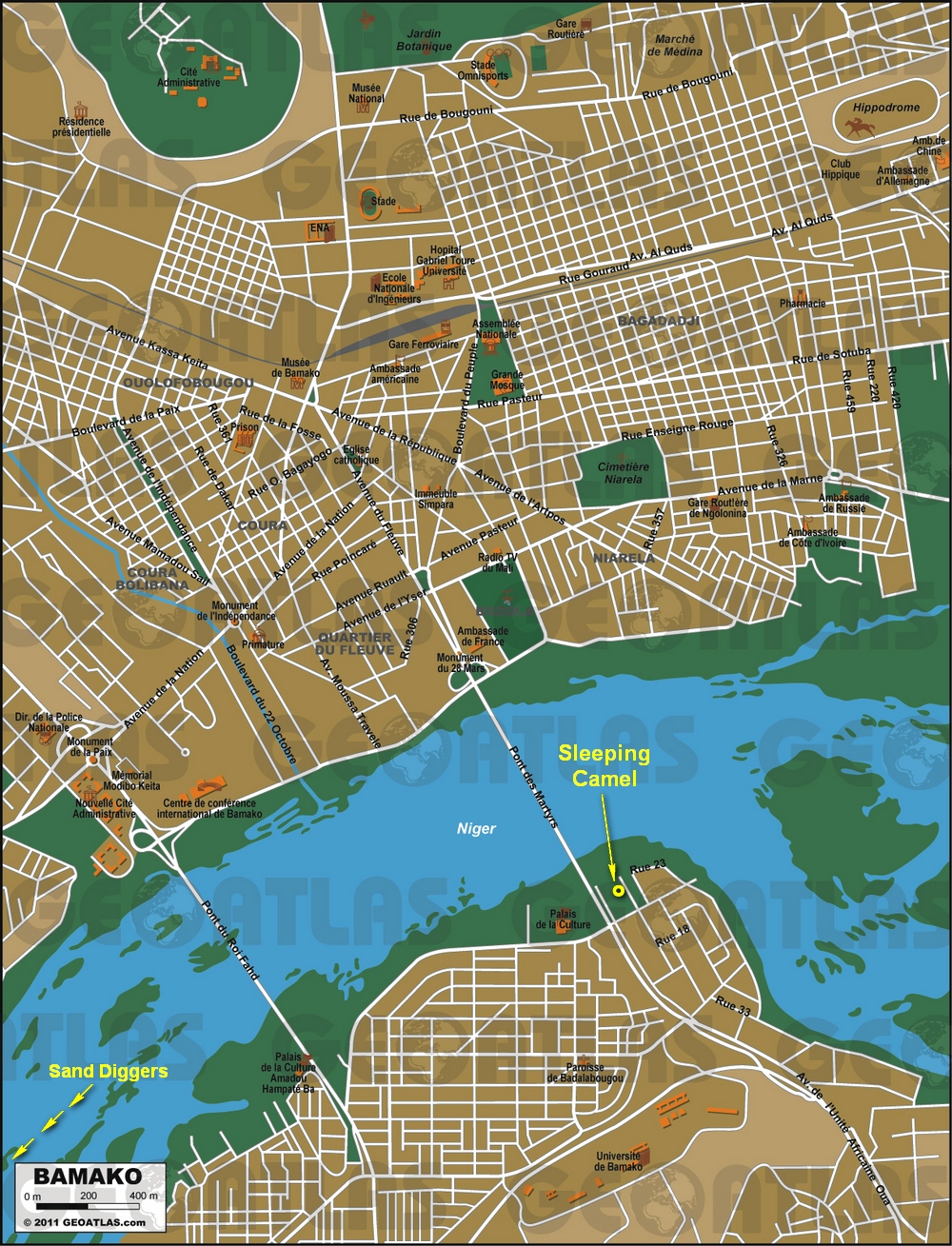 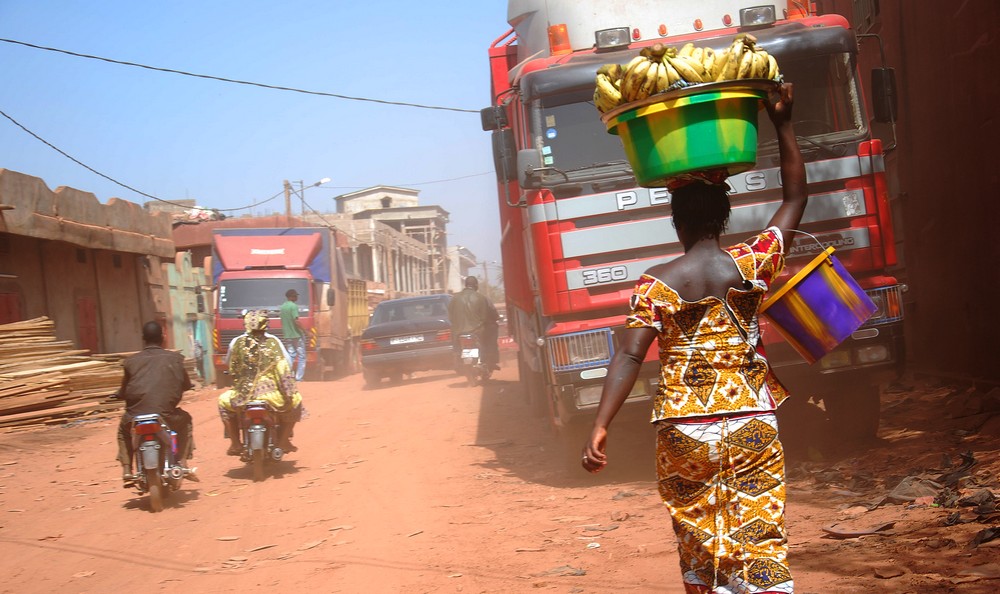 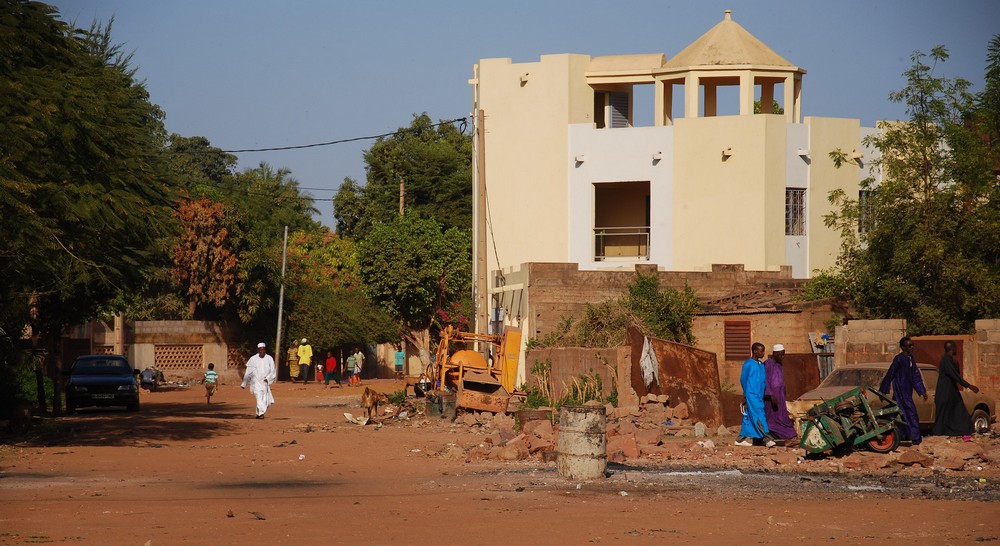 Mali is not cheap. Like you might expect there are two economies: local and tourist. Accommodation? Overpriced. Food? Overpriced. Cultural tour? Overpriced. Just about everything related to tourists? Overpriced. If you are an affluent French tourist on a package vacation you would probably disagree.

One of our first outings brought us some 30 kilometers downstream  from Bamako along the Niger River. It was a quirky little offbeat side trip that proved to be fascinating. To be honest when our guide (Ibrahim) described it I had no idea what we were in for. His accent was a bit difficult to interpret so all we knew was that we were going on an afternoon boat trip to see some people engage in some activity.

Sand. A shit ton of sand. Sand from some parts of the Niger River is ideal for construction (a la bricks) and therefore worth beaucoup bucks. In fact one lorry load can be worth tens of thousands of dollars (according to Ibrahim). In the dying sun we stood on the shore of the Niger and lost ourselves in the chaotic frenzy that is one of the biggest proverbial sandboxes I have ever seen. Some 15 kilometers away workers dig it out of the river and pile it into wooden pinasses (boats) and transport it to the area where we stood. Basically, the boats park on the shore so everyone and their mother can help carry the cargo to be loaded on trucks waiting nearby. When I say everyone and their mother I mean that literally. Men, woman, and children scramble around like drones programmed for a specific task. Being there is basically being in the way. Having small children is no excuse for lethargy. Strap them to your back or let them play in the mud next to your feet. The show must go on. And it does....relentlessly. 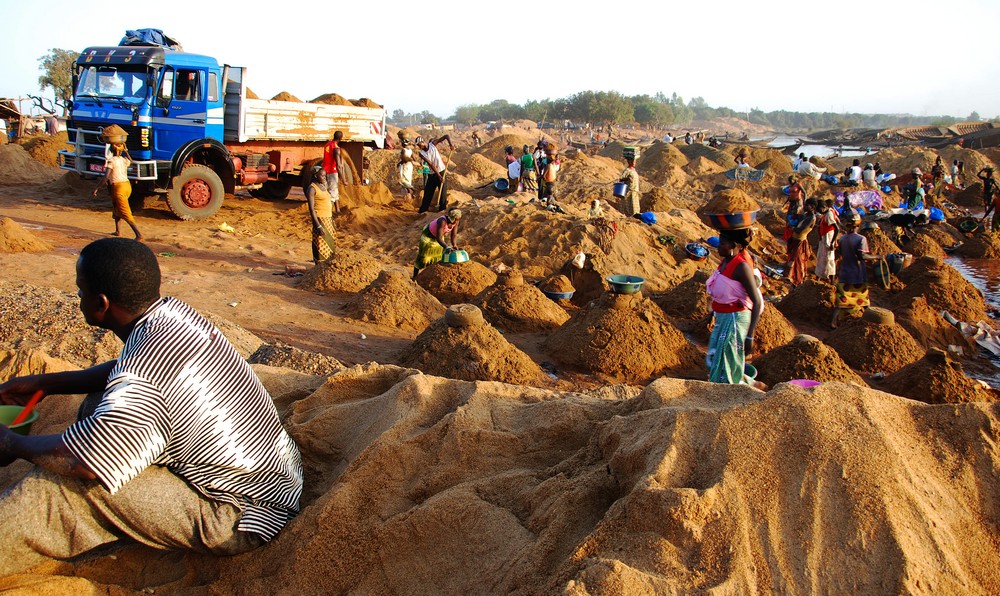 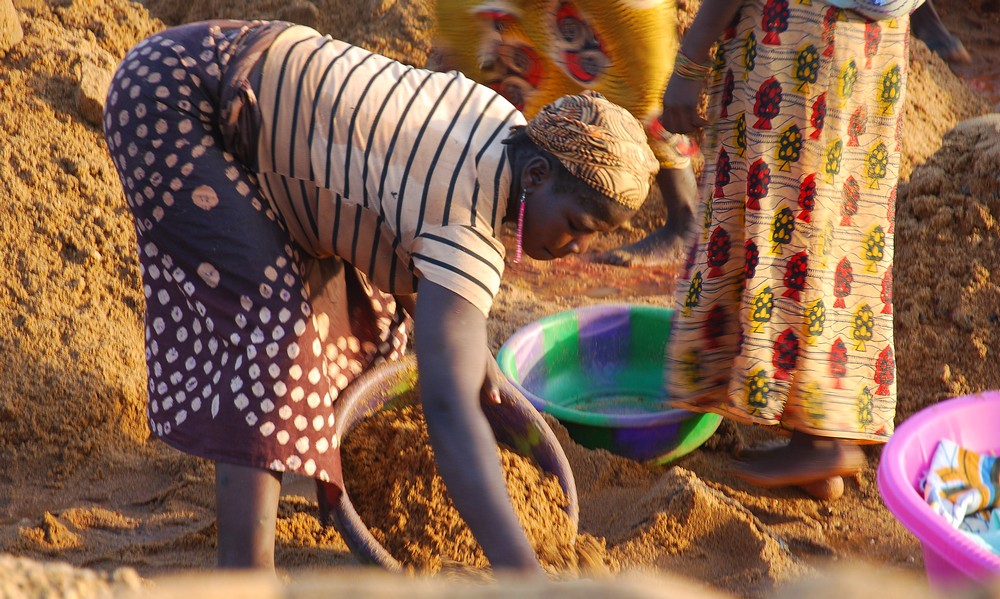 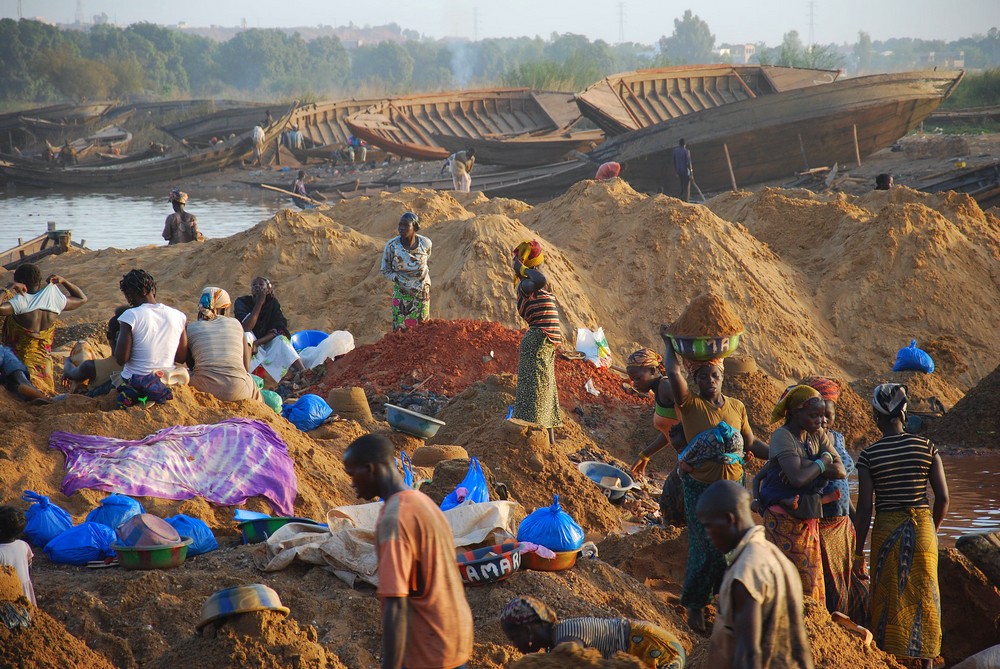 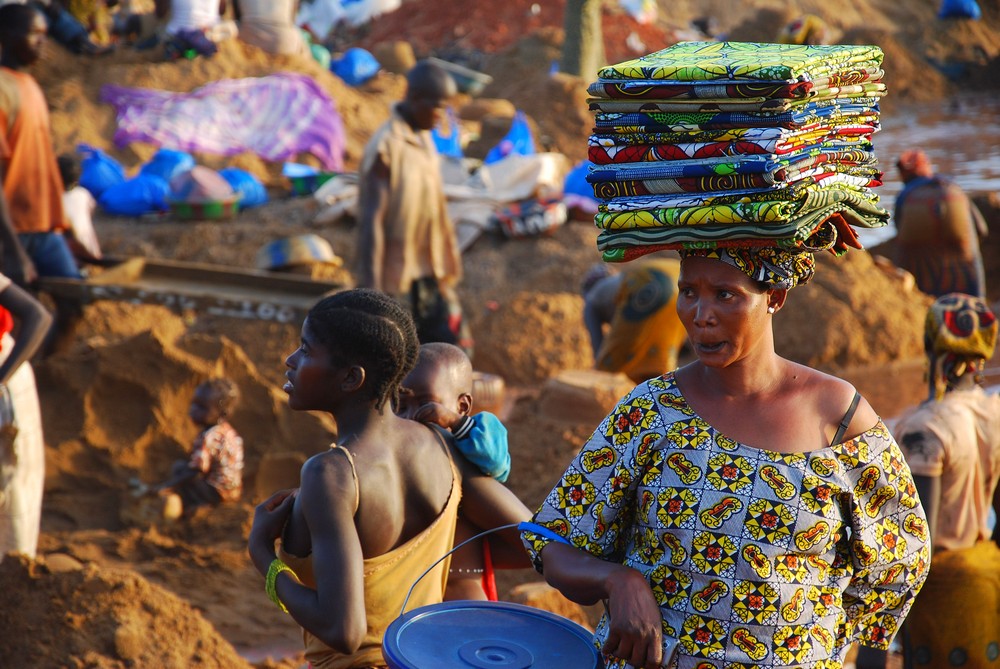 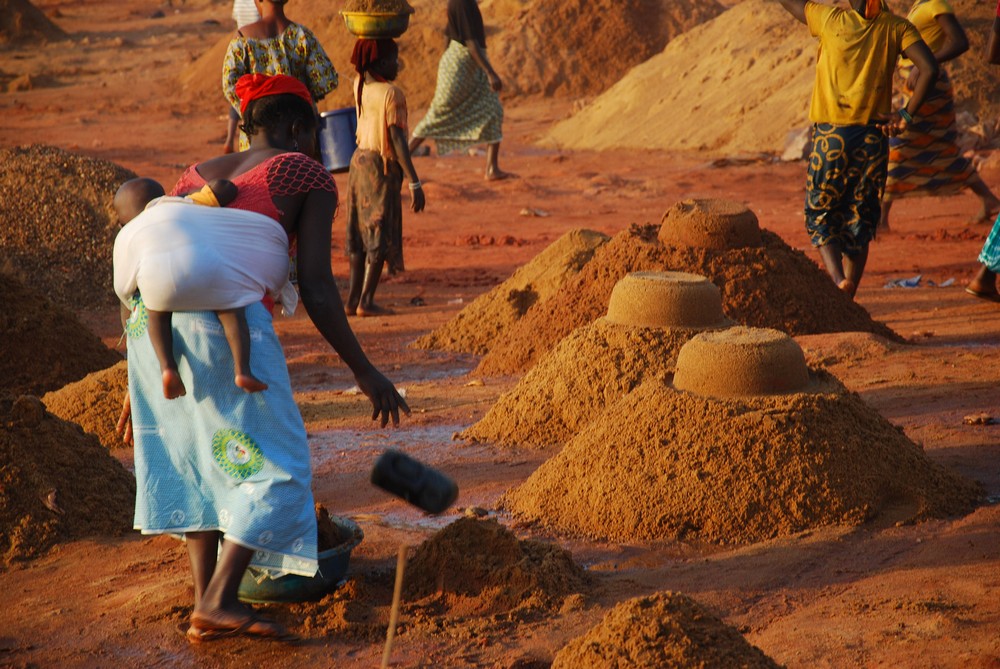 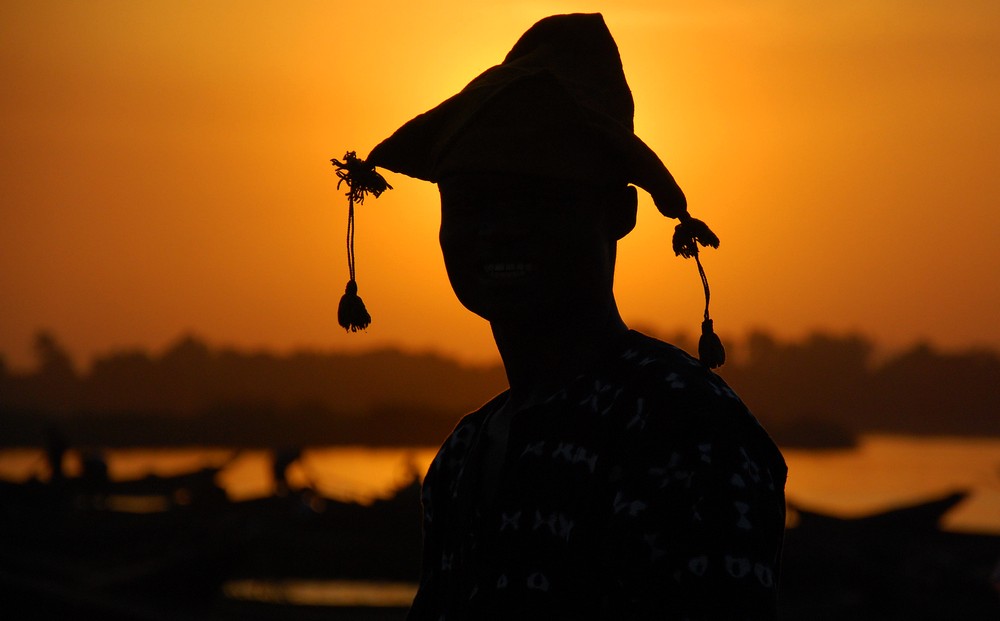 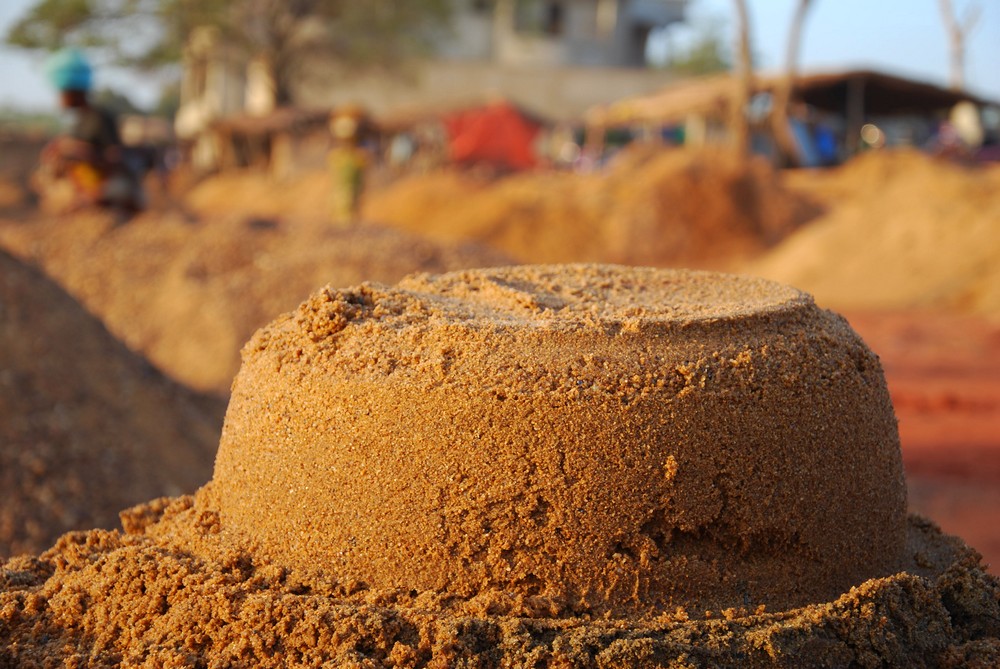 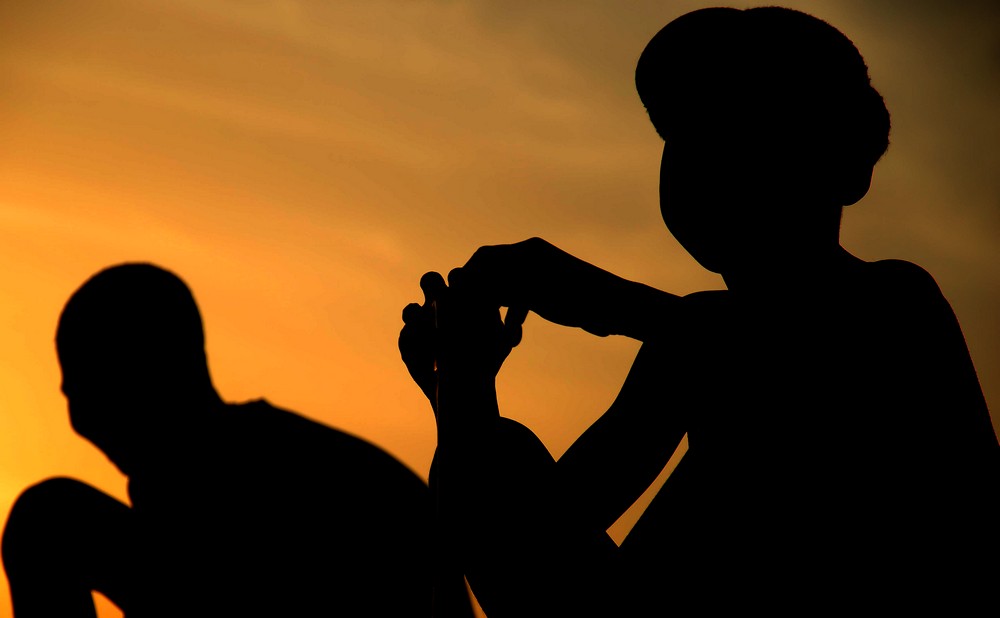 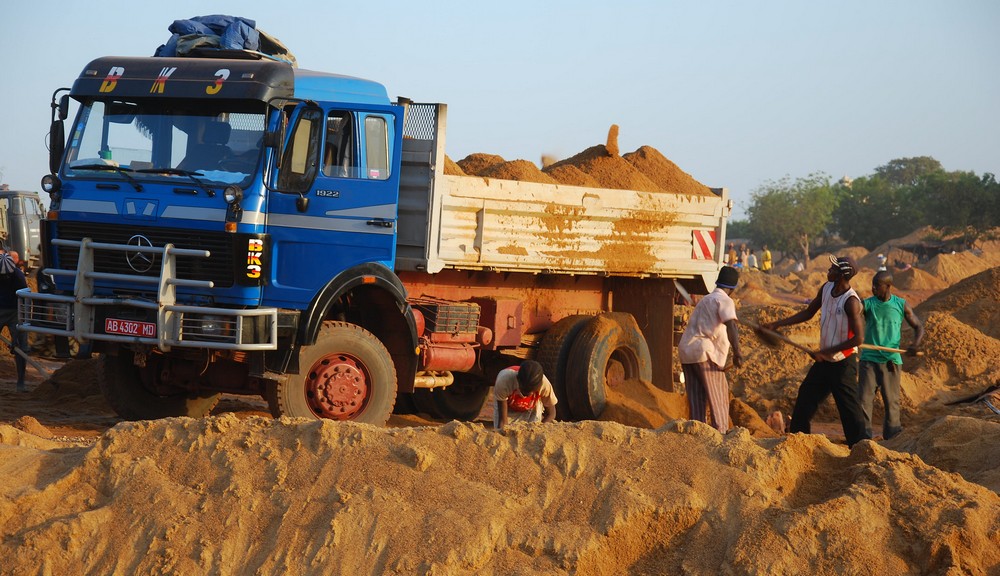 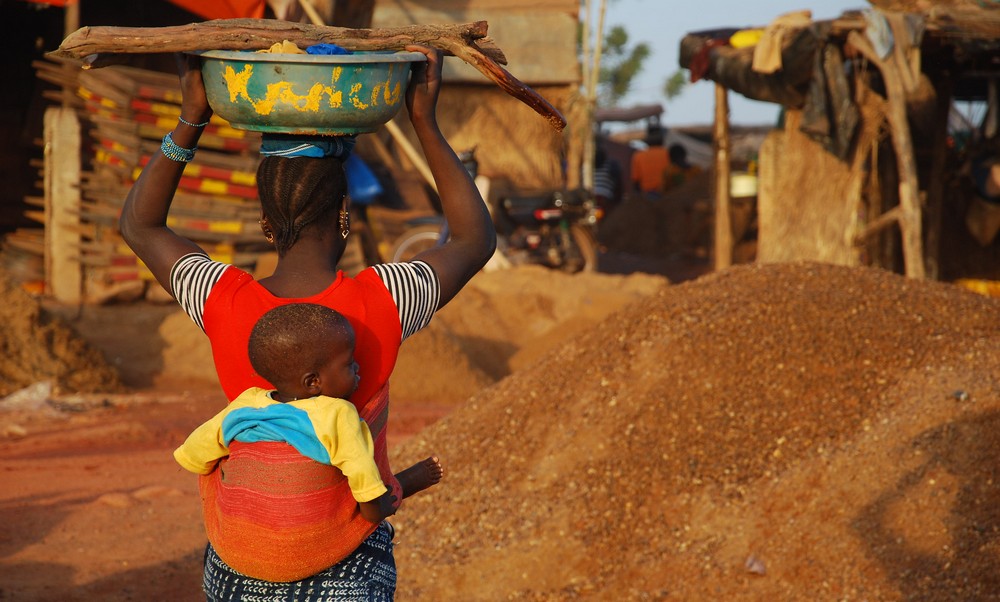 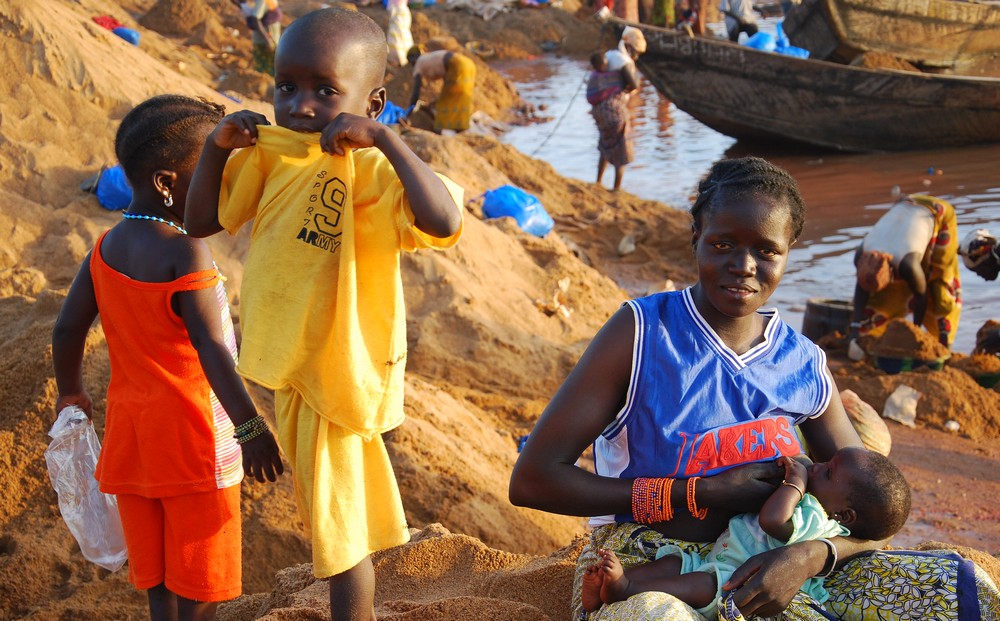 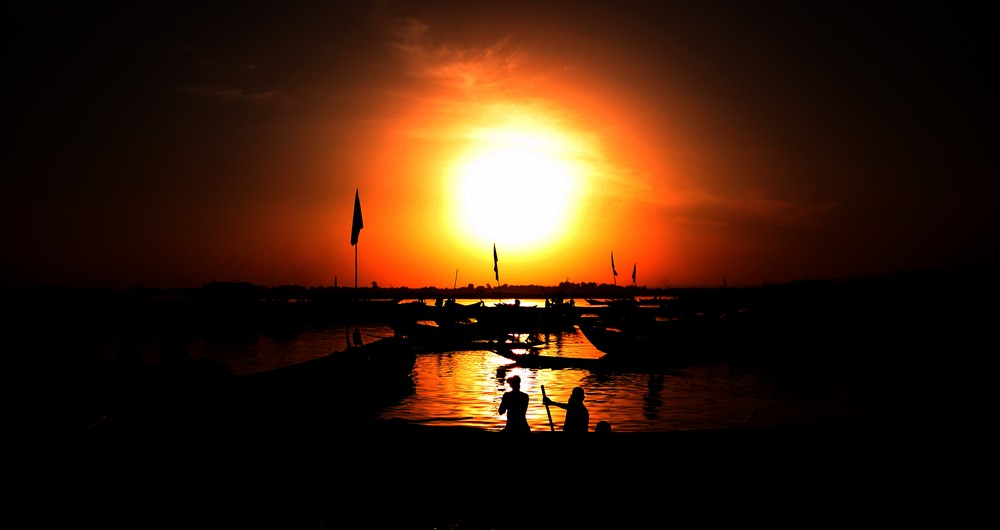 Got a fetish? No? Well, I can tell you where to get one. Try the fetish market in Bamako. And by fetish I mean 'an object regarded with awe as being the embodiment or habitation of a potent spirit or as having magical potency', not the penchant your neighbor has for munchkin amputee strippers. Naughty. Some of these 'objects' include just about any petrified, mummified, or stuffed animal found in or around West Africa and their associated body parts. Some of them were still in the process of decay. Yummy.

The vendors in the market area were not the friendliest bunch I've encountered. In fact most folks were a bit hostile to even the possibility of being in a photograph. The fetish crew refused to allow photos without compensation, either in the form of a purchase (all stocked up on monkey heads, thank you) or an outright gratuity. I just can't bring myself to bribe locals for photos so we had to settle for a couple of sub rosa shutter clicks. Aren't we diabolical bastards? 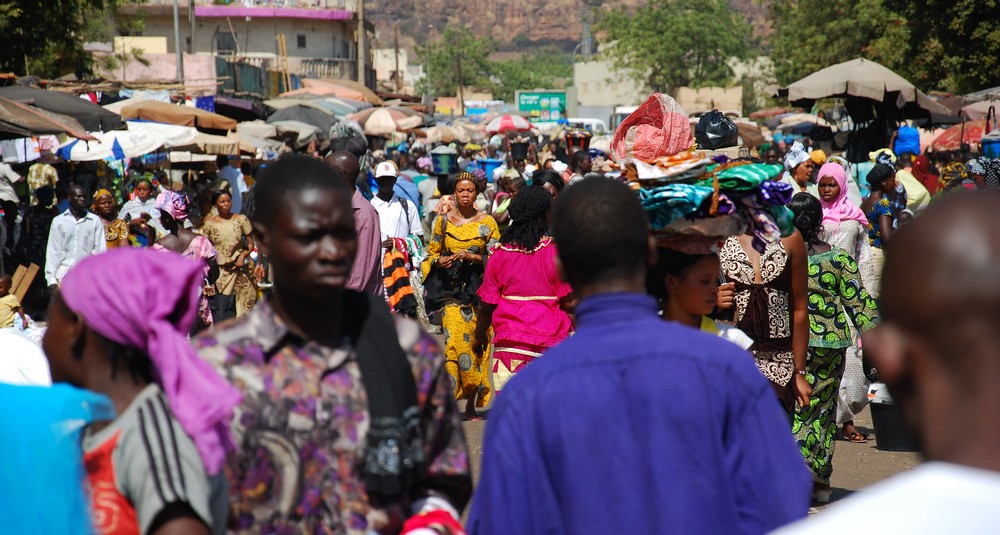 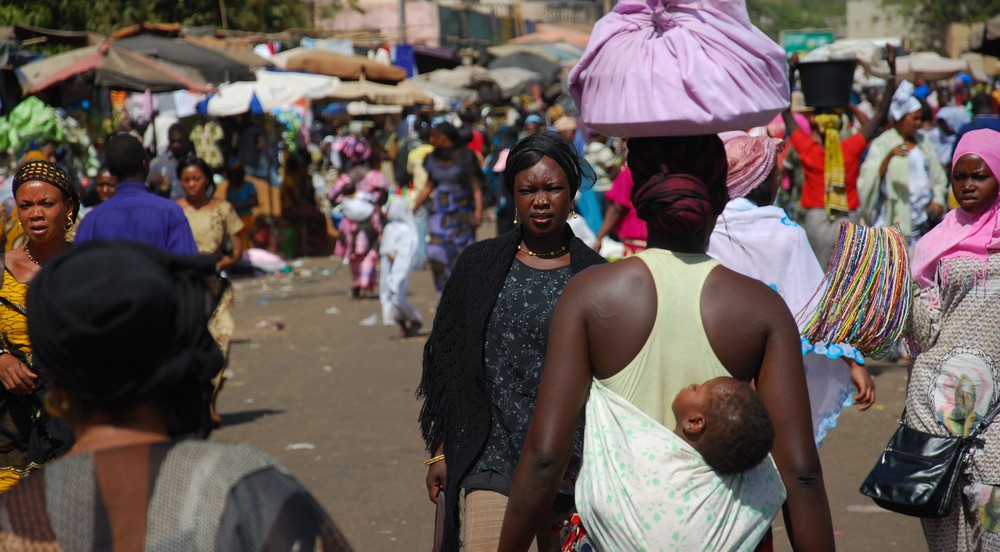 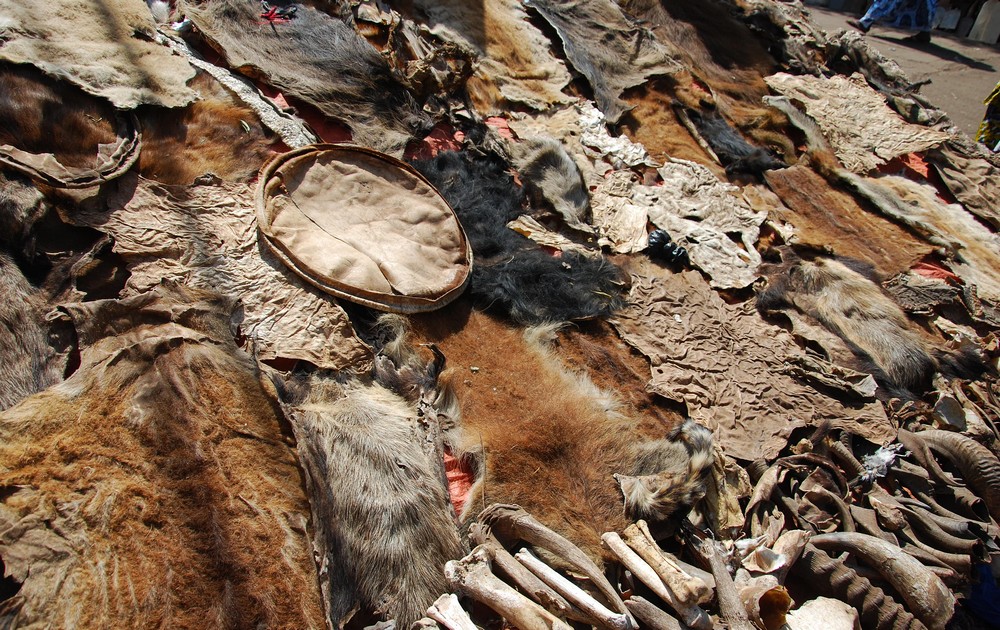 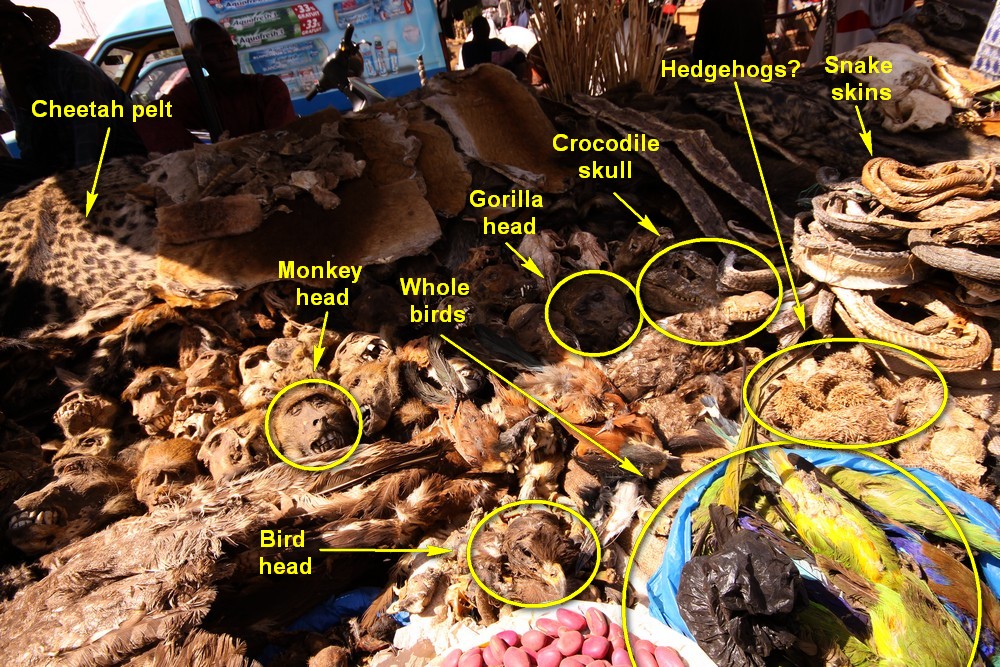