Nov 24th, 2010 – Rolling into Nouadhibou under the afternoon sun felt a little like entering the set of Black Hawk Down and might as well have been a billion miles from population centers like Casablanca and Rabat in Morocco. A dusty desert road lined either with half-finished or half-collapsed concrete buildings, broken down vehicles strewn about haphazardly, piles of rubbish on every corner, and a distinct forlornness welcomed us to Mauritania. 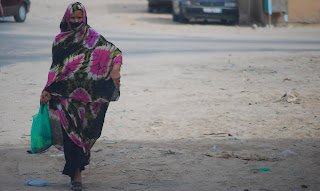 Just to punctuate the mood we saw a young half-naked boy on the side of the road executing what appeared to be a quasi-downward facing dog while spraying diarrhea into the air like he was practicing for a competition based on distance. Awesome. Although I've been to some extremely poor countries in the past there is something about the desert setting that intensifies the desolation and sense of desperation. And the contrast between Nouadhibou and the Moroccan cities we'd just visited was stark in the extreme.

After some signature indecisiveness on our part we finally settled on an Auberge (French for 'inn') but not before our driver ferried us around town longer then he might have hoped. My sympathy evaporated when I discovered he screwed us bounteously before parting. He was kind enough to exchange our dirhams (Morocco) for ouguiya (Mauritania) at, unbeknownst to me at the time, a preposterously low rate. I suppose that is to be expected when you change money with a taxi driver. Not knowing the exchange rate and arriving on a weekend did nothing to assist our cause. The fact the driver had full knowledge of our monetary pickle sealed our fate. After spending a few minutes telling us how money was of little importance to him he then asked for an additional 2000 ouguiya for carting us around town in search of lodging. Like a douche I gave it to him not knowing at that time he'd bent us over sideways on the exchange rate. Thank you sir, may I have another? Please?

The morning after our arrival we went exploring. We'd read about a ship graveyard near the port (where, as a result of nonexistent regulations, ships from all over the globe go to disintegrate) and went for a stroll in that direction. The area we visited did have a few derelict vessels but recent construction (in the form of new jetties) appears to have lead to a bit of clean up (certainly a good thing). I do believe there are still a significant number ships rotting a bit farther offshore if satellite photos are recent. So much for the graveyard.

Our next objective involved a trip out to Cap Blanc located at the tip of the peninsula where Nouadhibou is situated. In addition to the possibility of seeing the highly endangered and extremely rare monk seal it is supposedly a fairly picturesque place. We wouldn't know. After a few failed attempts at hailing a taxi (exorbitant rates) a gentleman working at Societe Nationale Industrielles Miniere (mining and minerals) kindly stopped and offered us a ride. We accepted and were off.......somewhere.

Our conversation was a bit strained as my French is abysmal but I did manage to ascertain his marital status and number of children. He also said something about his job, made a comment about doing something around noon, pointed in the direction of the road to Cap Blanc, and then continued on to the mineral plant. Yes, we were confused. At the gate he instructed us to get out while he continued on through. I thought he was dropping off the company vehicle and returning to pick us up in order to finish the journey. Nuh-uh. He was merely on his lunch break and had to return to work….at noon. Why exactly he would pick us up and bring us there is beyond me but I am certain his heart was in the right place. I'm just not sure how he thought he was helping.

So the guard and various other gentlemen standing outside the gate seemed a bit wary of our presence. I tried to communicate our intent (Cap Blanc) and think I managed to ask if our driver was returning. He wasn't and they were all a bit confused as to why we'd be standing outside the gate when we were trying to get to Cap Blanc. A man appearing to be an employee exited the gate, had a short conversation with the guard, and then offered to give us a lift to Cap Blanc…..for 200 Euros (apparently for the damage his car might incur during the ride). I thought he was he jesting. He was not. We declined. Silly bastard.

We then started walking back in the direction of Nouadhibou trying to figure out what the hell just happened. As we did so another car pulled up beside us and inquired as to our destination. He offered to bring us to his friend who would then give us a lift to Cap Blanc....probably. Although hitchhiking is precarious in any country my instincts told me we were in no danger. What's the worse that could happen?

He brought us to the area where all the employees of the mining and minerals operation live, flagged down his friend, and inquired as to price. By this time we bagged the Cap Blanc idea and just wanted his friend to get us back to Nouadhibou. Apparently, his friend had to bring the children in his car somewhere first and then would return to bring us somewhere else…probably. But in the meantime our current driver had an idea and instead brought us back to his place where another friend hopped in the front seat so we could have high level discussions about the possibility of going to Cap Blanc. His friend, an avid fisherman and frequent visitor to the Cap, told us the road is not so good and that in addition to the taxi fare it is also necessary to bribe the Mauritanian security personnel stationed there for protection. Uh-huh. Protection from who? We really wanted to see Cap Blanc but decided to draw the line when we realized it might cost us a fortune. Maybe next time.

So our driver gave us a lift to town refusing to take a dime. He was happy to help us out and practice a bit of English. Score one for my instincts. Frankly, it was all worth it just for that experience. Still would've been nice to see a f@#$ing monk seal though. 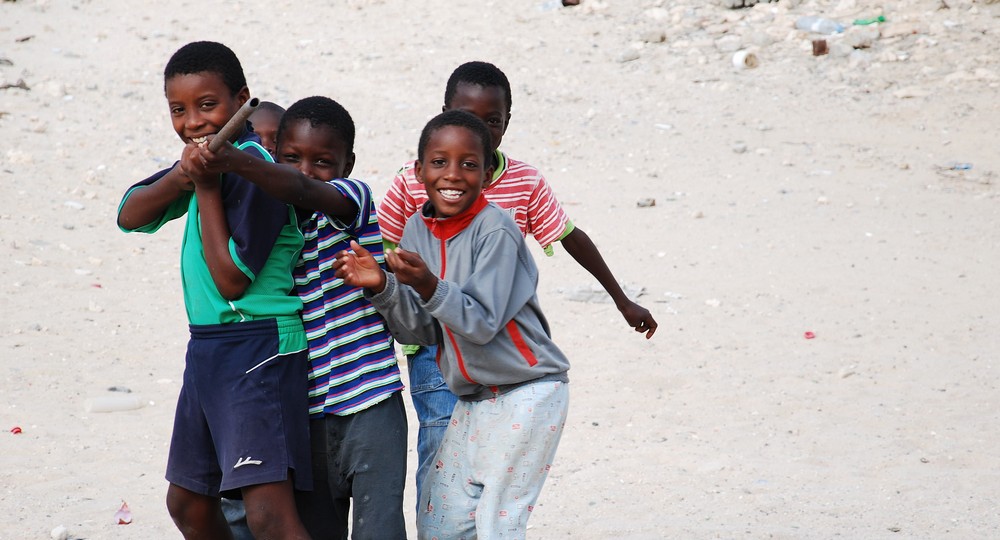 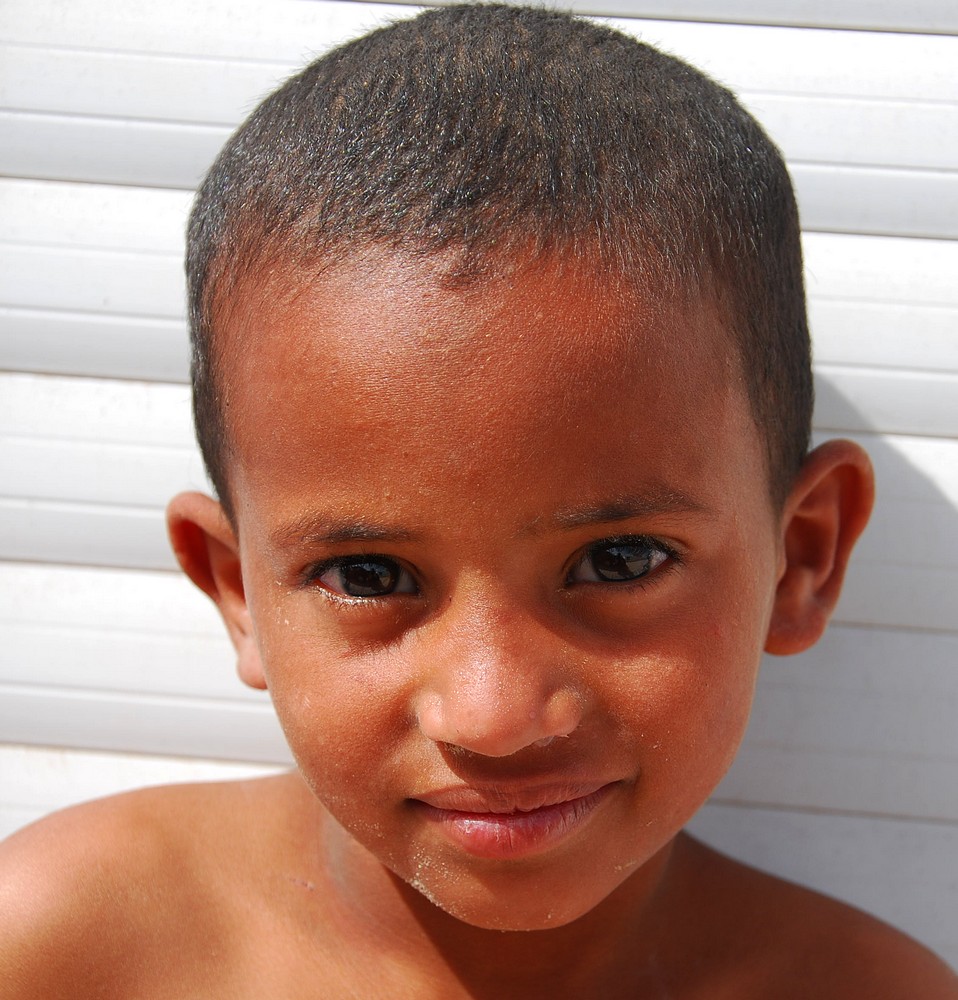 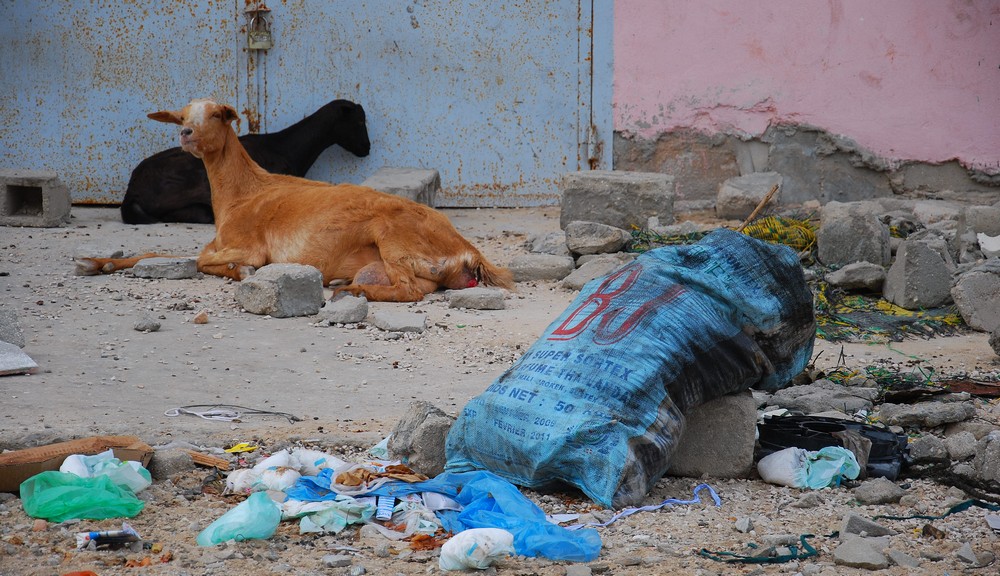 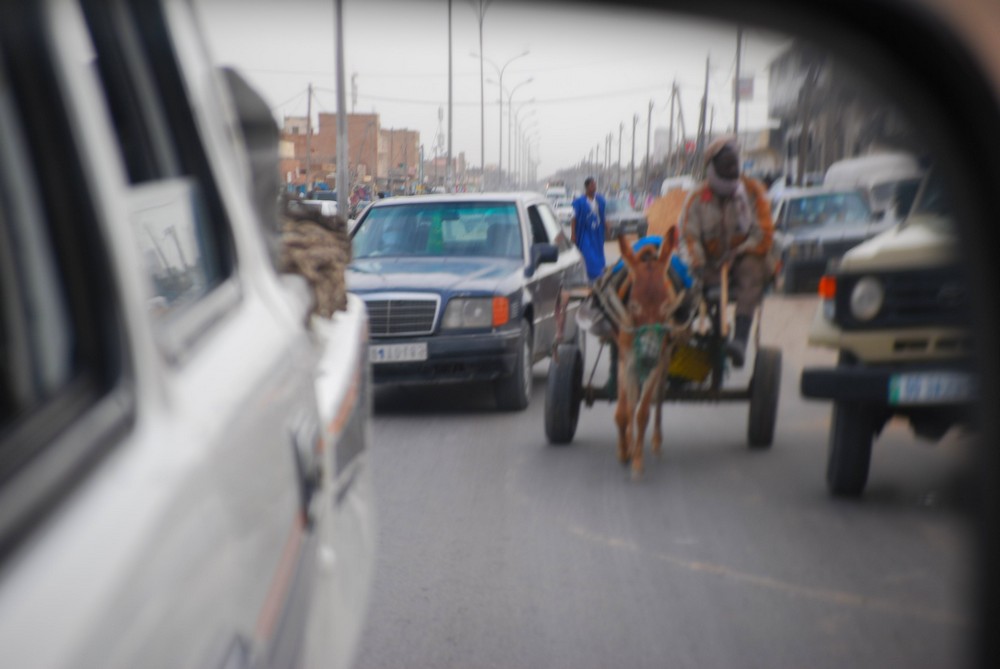 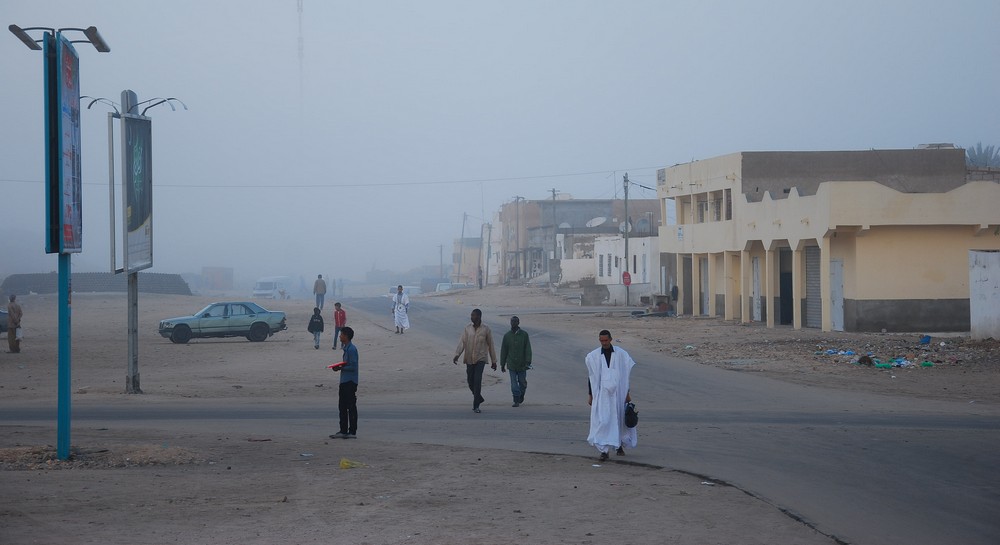 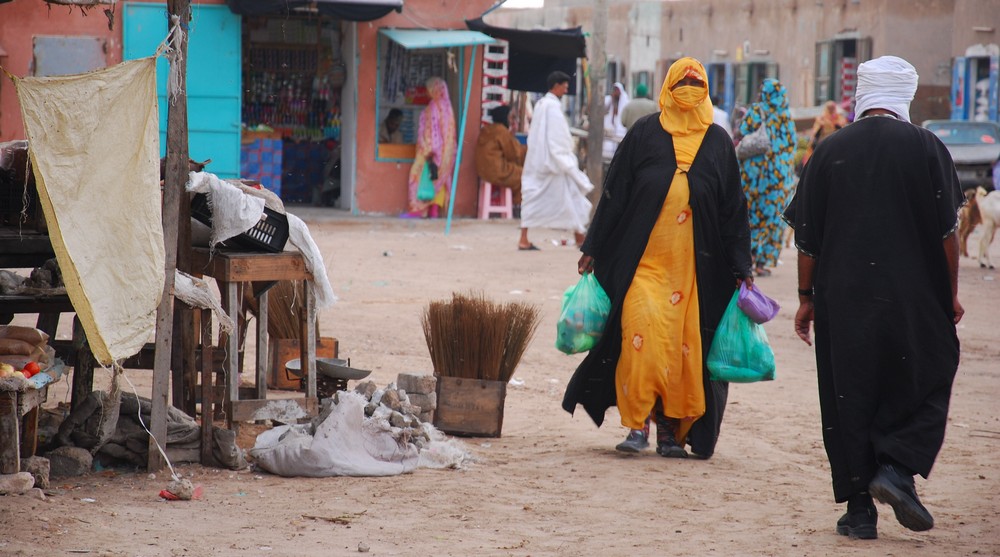 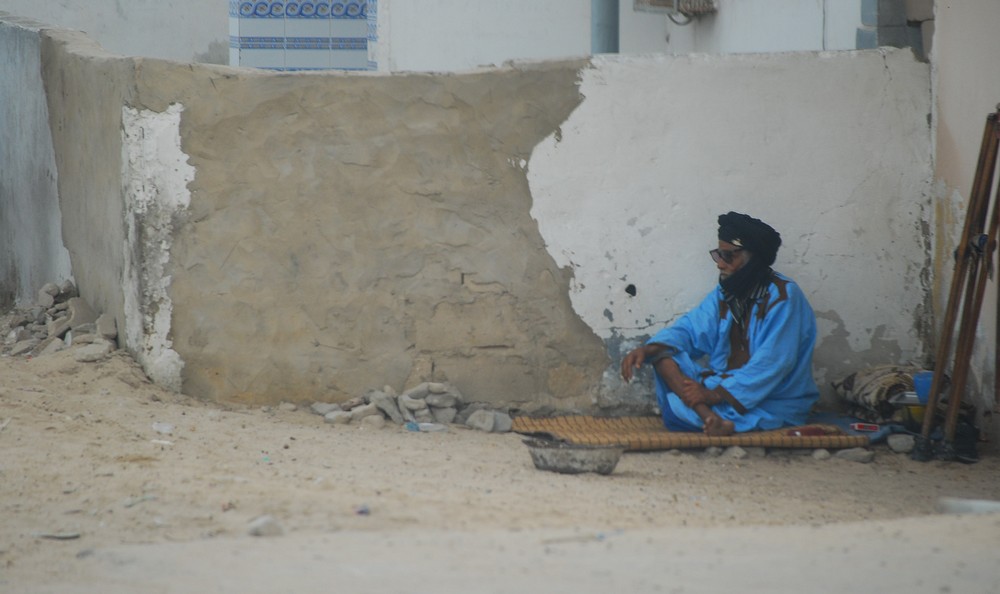 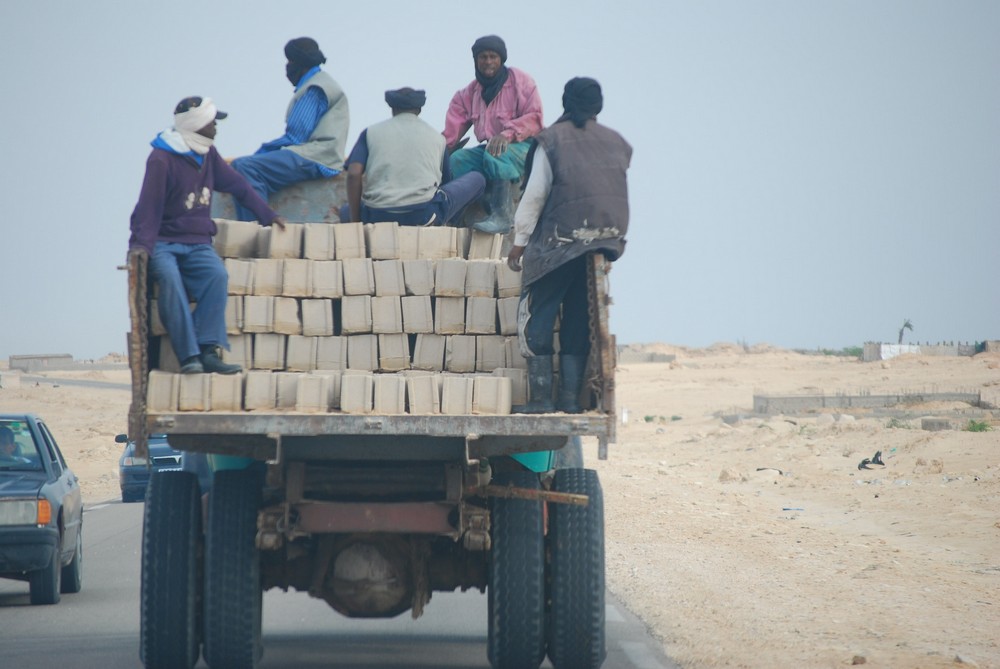 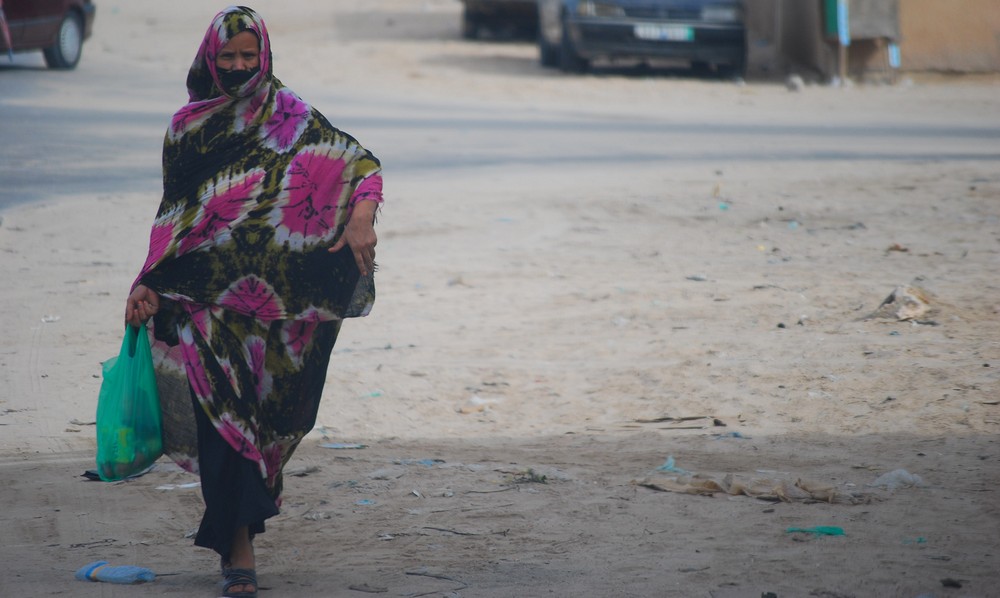 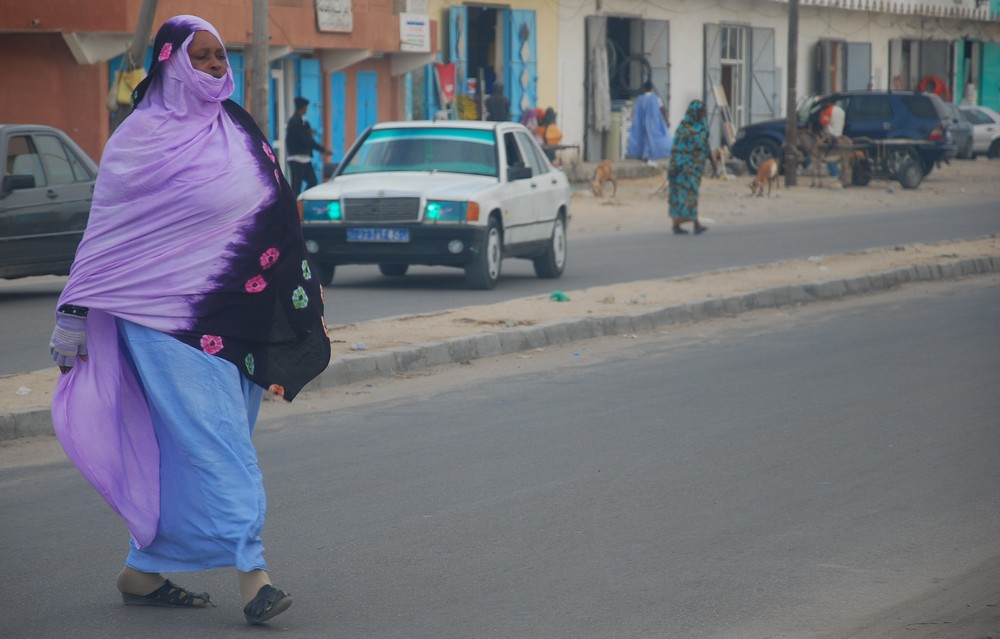