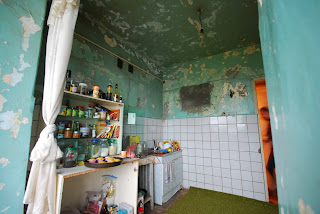 May 15th, 2010 - Where the hell am I and what the hell have I been doing? Well, I've just landed in Tbilisi, Georgia and as far as my activities go I hardly know where to start. Before I backtrack allow me to share a short tale. I came close to landing myself in a pickle while crossing one of the land borders from Azerbaijan to Georgia. My visa clearly stated that it was valid until May 14th, 2010 but Immigration Soldier Guy tried to tell me that it actually expired on the 13th. That's intuitive.

After relaying this tidbit he chucked my passport to the side and went on with processing other folks. I just stood there with a stupefied look on my face and began to ponder. I called my friend in Zaqatala, told her I may have a problem, and requested that she remain on alert. I waited and watched Mr. Border Guard make calls and type things on his computer for 20 minutes or so. I drafted a text message that simply read 'I'm in trouble' just in case I needed to send a quick distress call. Fortunately, I was granted permission to disembark and proceed across the bridge to the Georgian side. All that worrying for nada.

After exiting the border area I had a ring side seat to UTDFC (Ultimate Taxicab Driver Fighting Championship). I began to negotiate a rate to Tbilisi and in the process may have precipitated a brawl, although I cannot be certain I was the proximate cause. I have a feeling the two combatants had a history. While I was negotiating with three different cab drivers a fourth pulled up and addressed me as well. One in particular seemed to take offense with the interloper and words were exchanged. The situation escalated when the interloper pulled over and exited his vehicle to add a more personal touch to the confrontation. It got ugly and before I knew it punches were exchanged. I felt it best to get into my cab of choice and make my escape. I love it when men fight over me.

My stay with a female Peace Corps Volunteer in Zaqatala was a real eye opener. Löki (pronounced Luke-ee) has been living in Azerbaijan for about 20 months and is a wealth of information concerning the culture. She has had to make a lot of adjustments, not the least of which is suppressing her buoyant effervescent personality. She is an extremely friendly person. Normally this is an asset but in a socially repressed society it can be a real liability.

Consider that staring a man in the eye for longer than four nanoseconds is akin to intense flirting. I myself have experienced this as any attempt to make eye contact with a member of the opposite sex is met with a slight exhibition of panic and the immediate averting of the eyes. It almost makes one feel like a leper.

Females do not drink and rarely even enter restaurants without a male escort. If women do venture out with a female friend they normally sit upstairs, in the back, or at tables sequestered behind thin screen walls erected for the purpose. Single men and women do not normally congregate in public. If this does happen it usually means there is some sort of family connection. Arranged marriages are not uncommon but even if the couple comes together of their own accord it is normally the result of the aforementioned family connection. Marrying your first cousin is not out of the ordinary.

The thought of a young single female living alone is almost unheard of. They have a word for such an individual: prostitute. Imagine having to overcome that assumption on a daily basis. Imagine having strange men banging on your door in the middle of the night looking for some action. As much as Löki tries to overcome these stereotypes through community engagement and friendly exchanges it continues to be an uphill battle.

Sexual repression can lead to strange behavior. Case in point: Men are in the habit of randomly dialing phone numbers until reaching what they believe to be a young female at which point they strike up a conversation in an attempt to gather details (age, status, location, etc.). This actually happened while I was in Löki's apartment one day. Imagine trying that in Anywhere, USA. We have a word for it back home: harassment. Surprisingly, local women are not averse to such activity and even encourage the behavior. And that is not all.

Before I continue let me say that generalizations are always precarious at best but my description does appear to be acceptably accurate, especially in the countryside. Not unexpectedly the situation is a bit more relaxed in the capital city of Baku not exceedingly so.

Domestic violence is far from rare and a jealous husband's vengeful wrath is tolerated, if not condoned. I have even been told that the woman themselves often gauge their husband's love by the extent of his violence. Stories of spousal abuse are often romanticized by other woman. I wish I were kidding. I am not.

Löki was kind enough to allow me to use her pad as jumping off point for more than two weeks. This gave me a chance to explore the surrounding area and meet a variety of interesting folks, many of them Peace Corps volunteers living nearby.

Her Soviet-style apartment is bursting with character and made me feel a bit like I'd temporarily transported myself behind the now defunct Iron Curtain. My over active imagination could almost hear the sound of Red Army boots pounding up the stairwell. At any moment a knock at the door would signal my imminent detainment and inevitably lead to a marathon interrogation session behind a spotlight lead by a burly nondescriptly dressed officer in civilian clothes named Boris. And the cab driver parked outside the apartment complex had to be KGB. Had to be. Why were they following me? A dash of cold war propaganda, two tablespoons of Tom Clancy, and just a pinch of schizophrenia. Awesome. 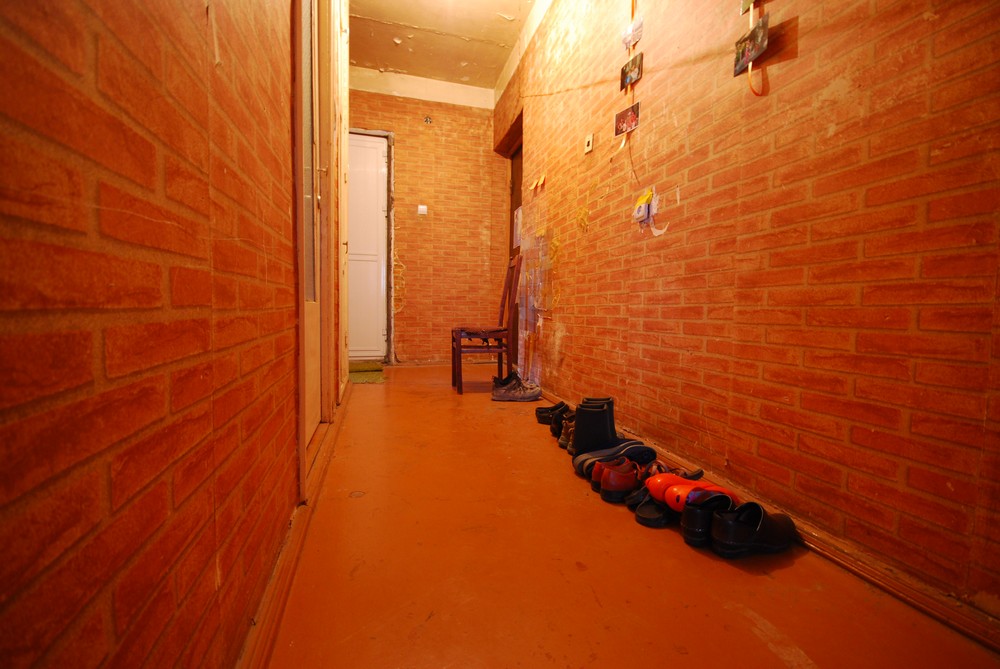 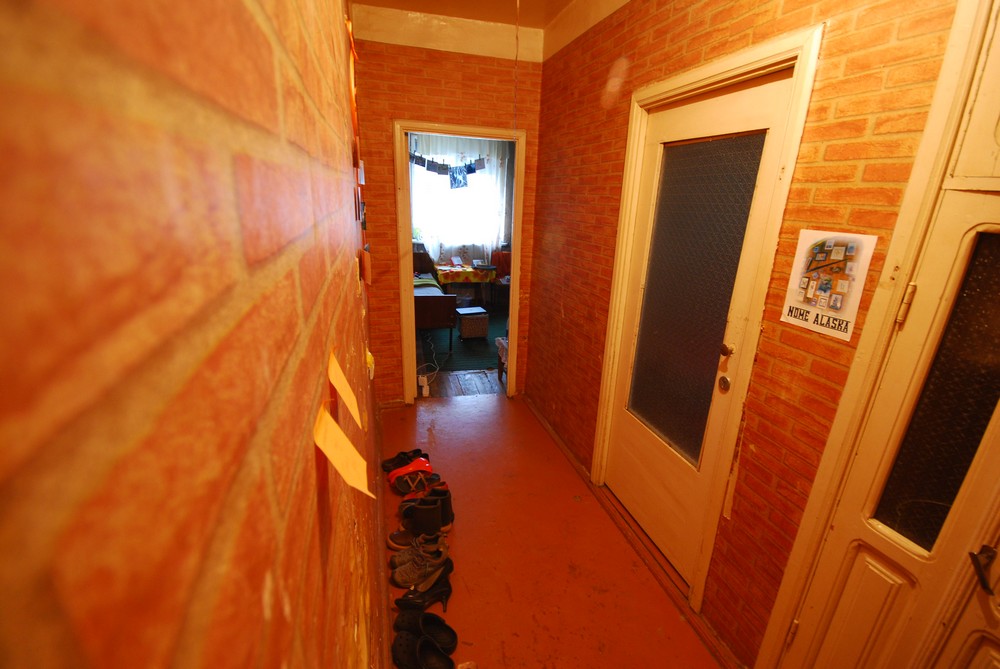 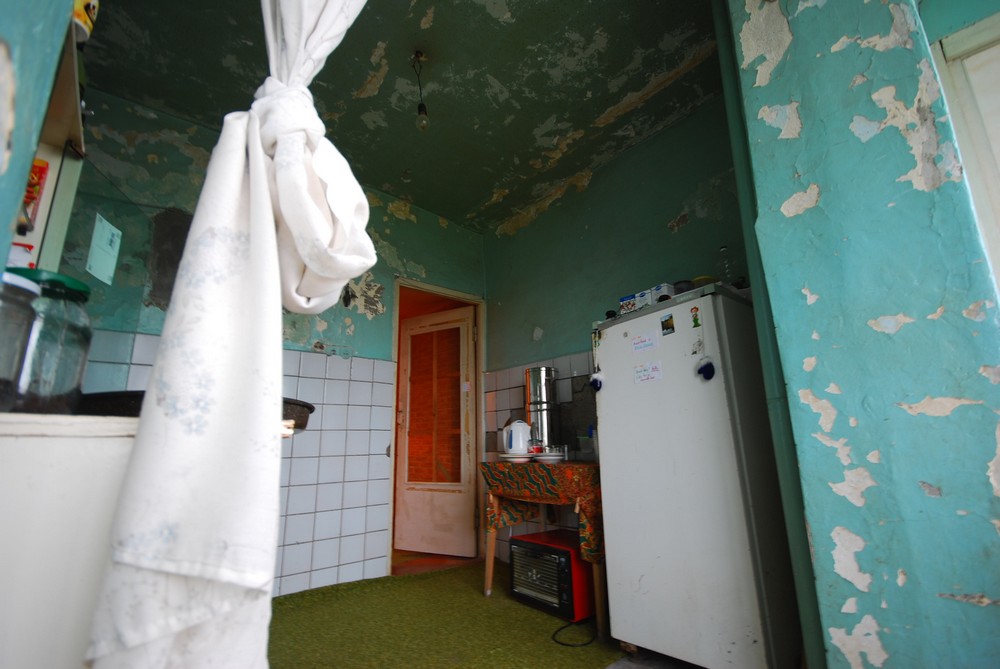 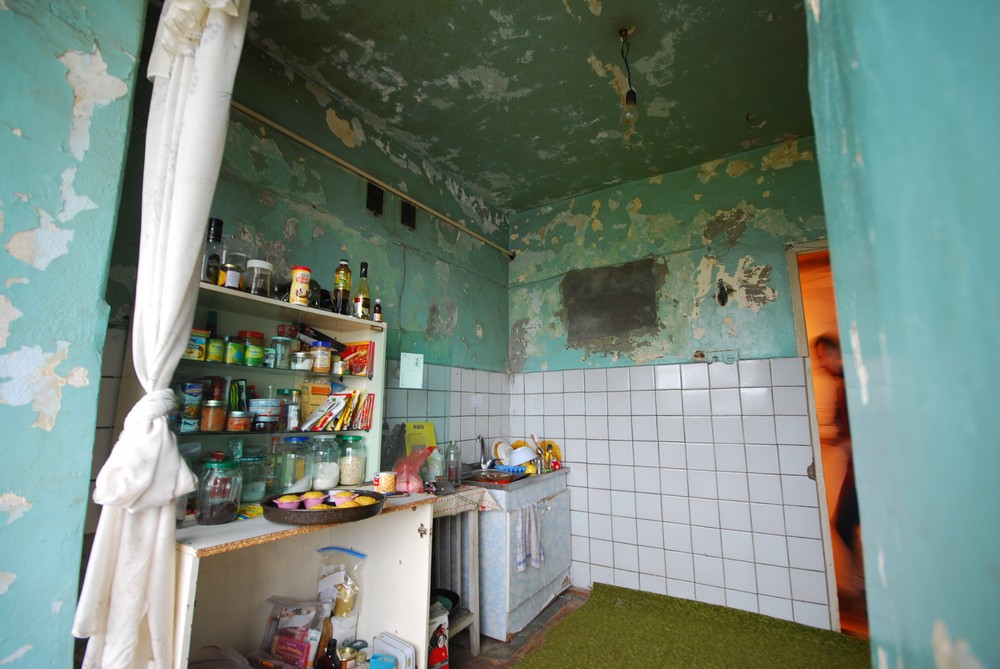 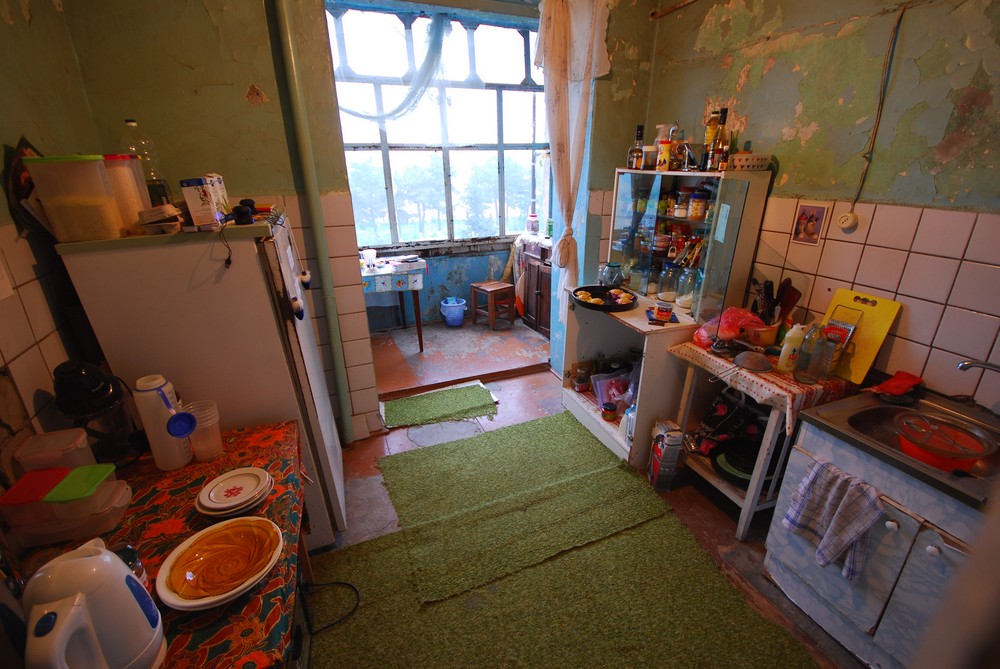 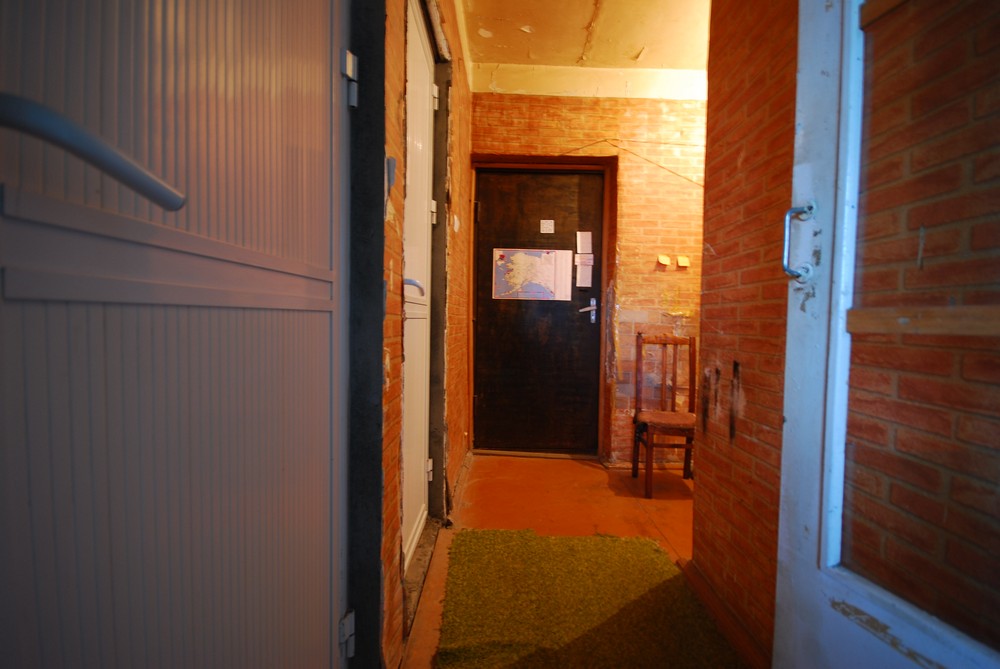 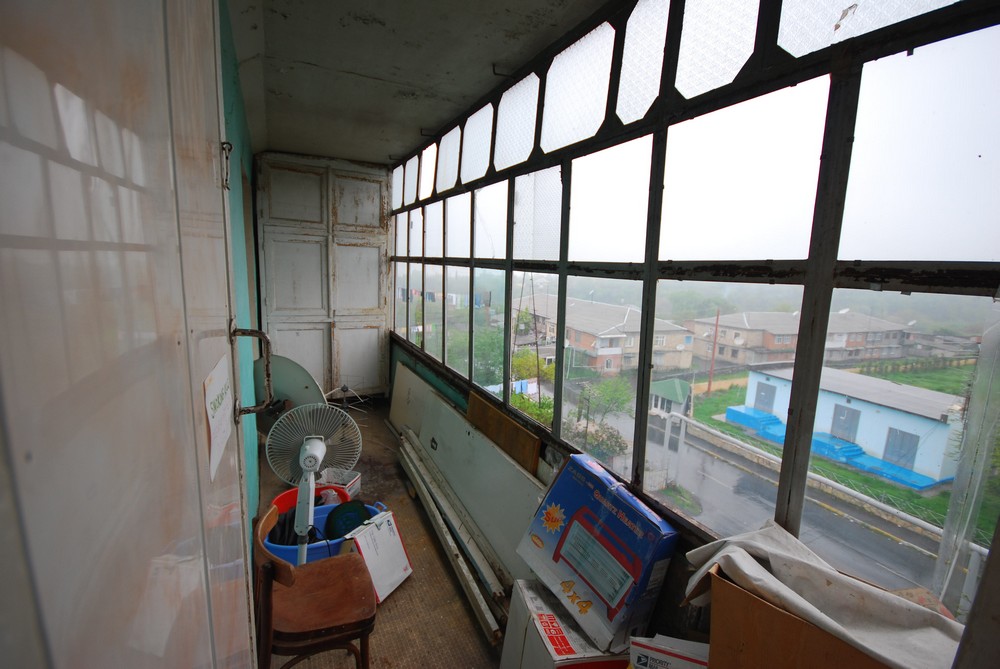 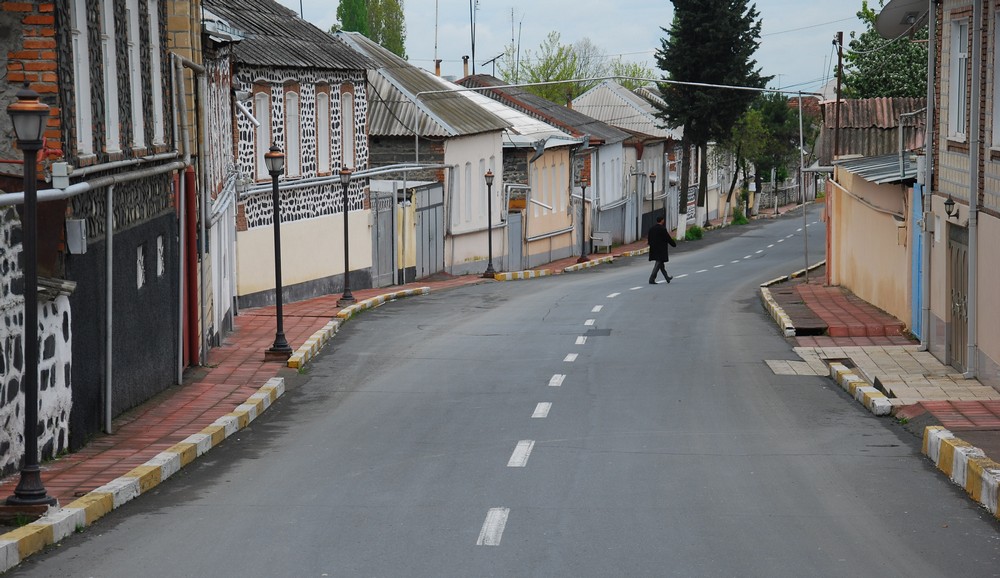 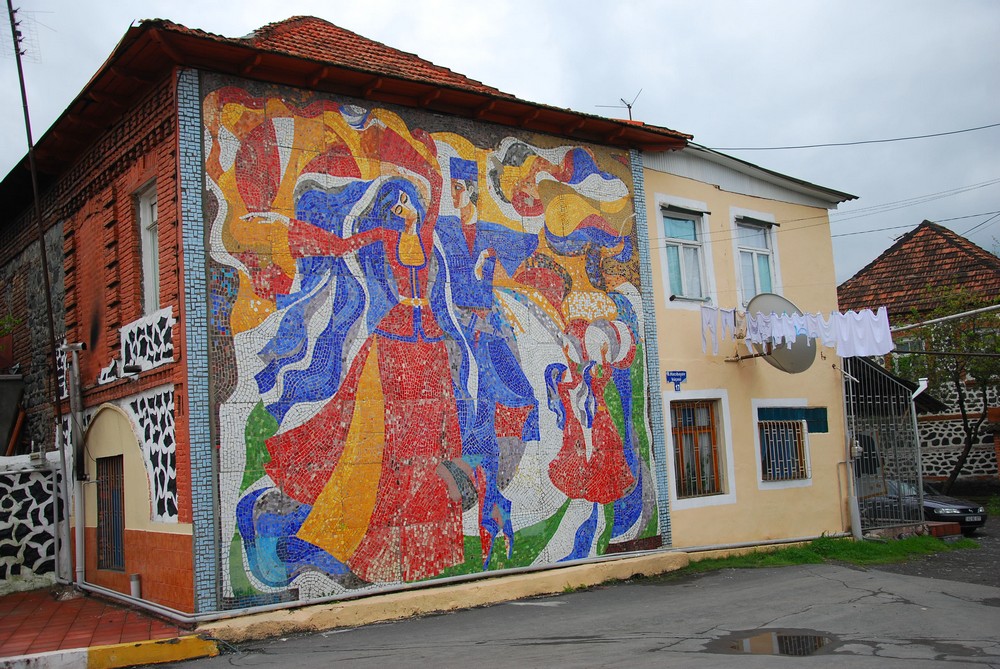 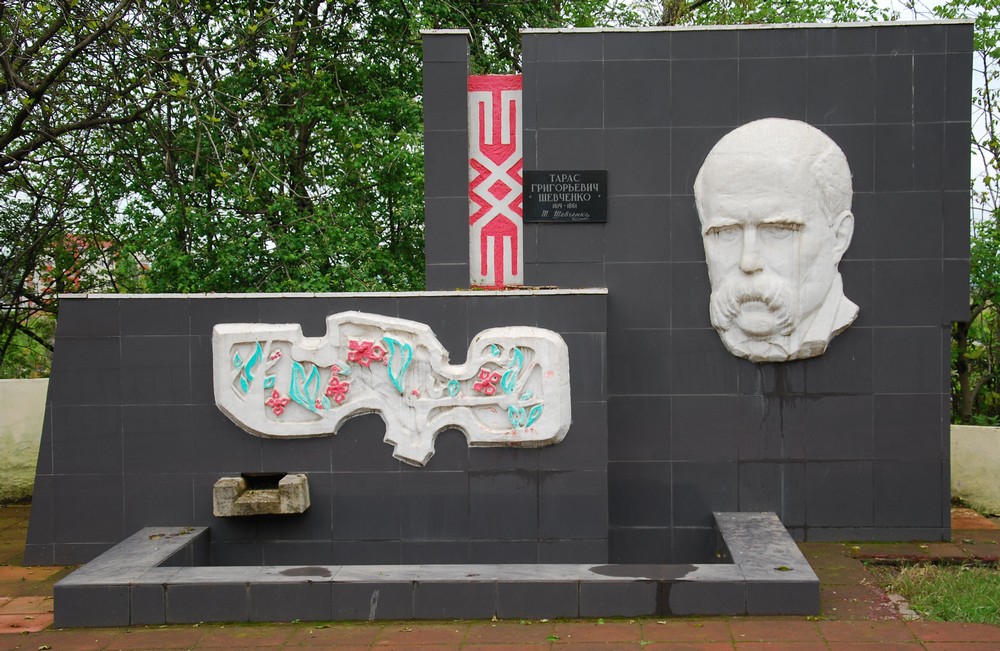 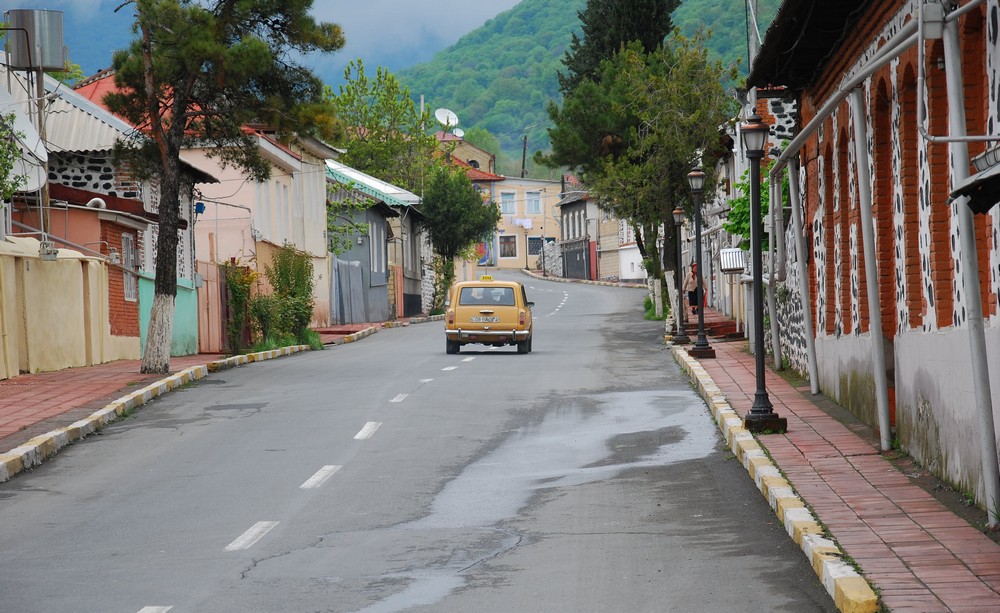 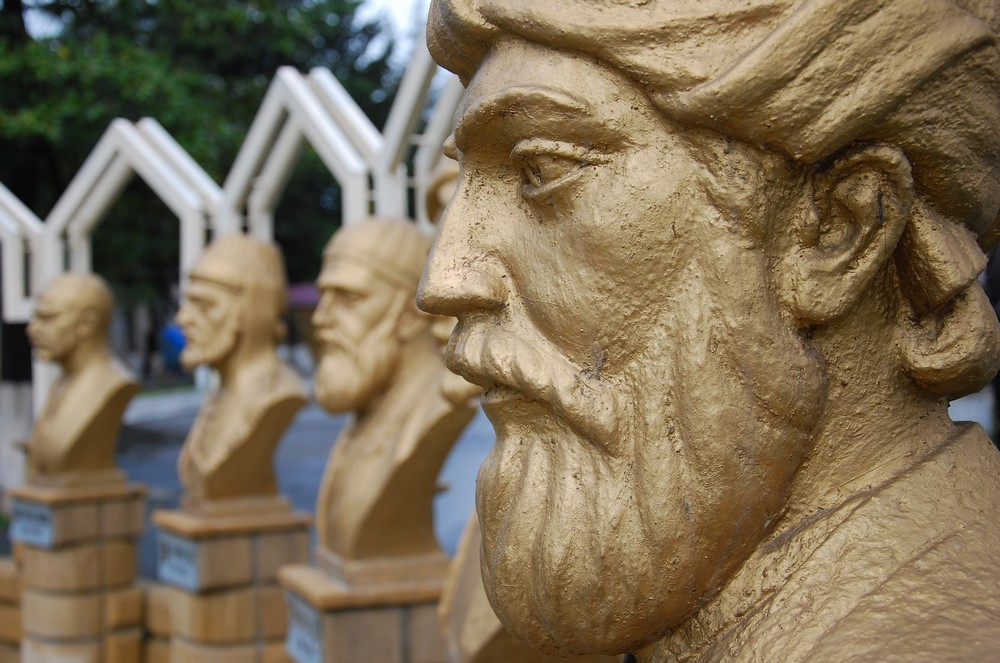 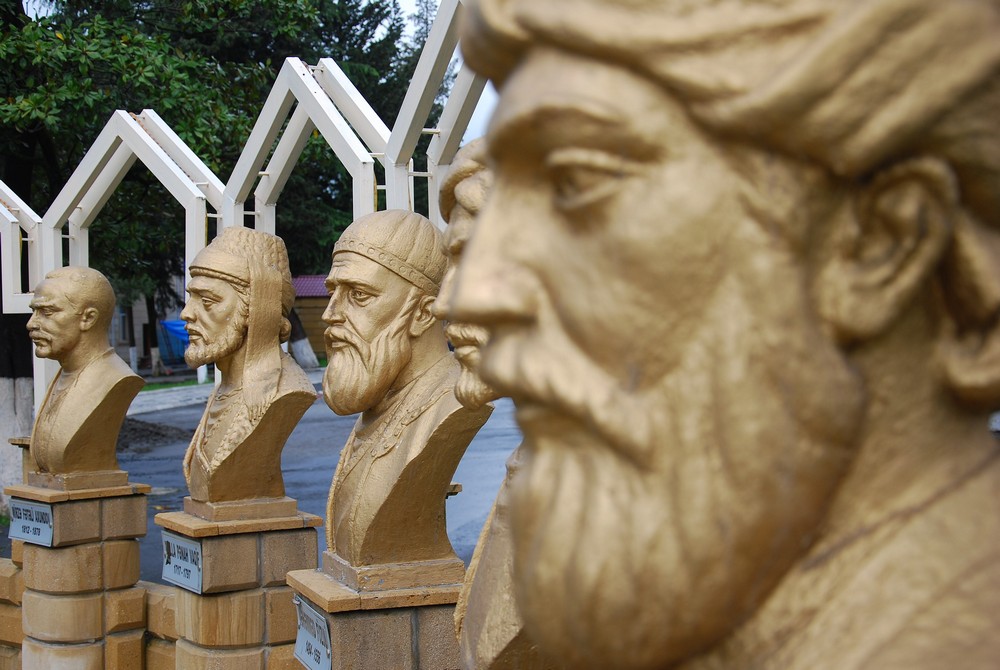 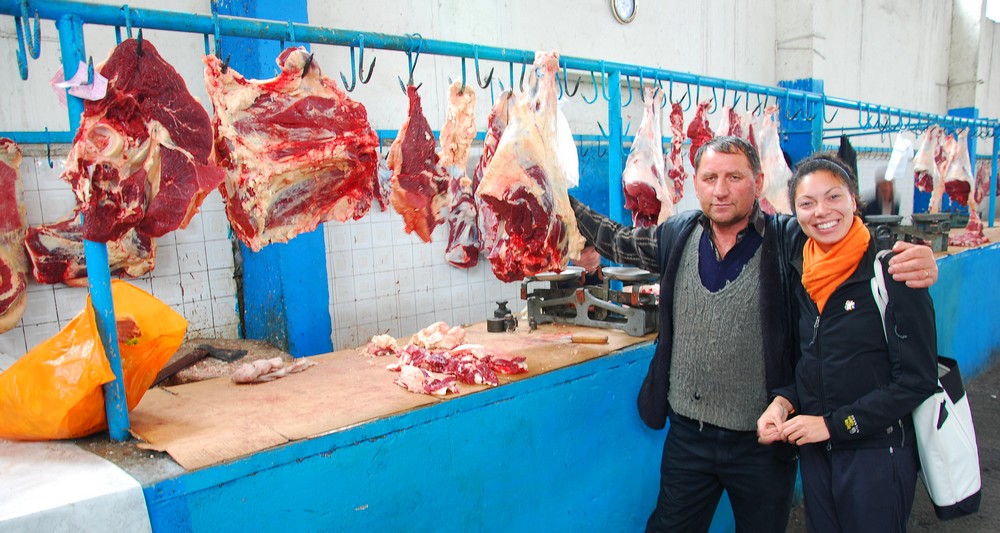