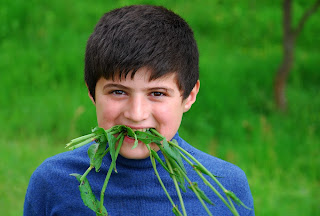 May 5th, 2010 - Rain. Rain. More rain. That constitutes Azerbaijan's weather pattern for the past week and a half. Lovely. Most of my time has been spent shadowing a Peace Corps volunteer. Some of her fellow volunteers started a monthly series where a guest speaker is invited to talk at a local village, the idea being to foster community interaction and involvement. Unfortunately, the Russian Judo master that was scheduled to speak canceled at the last minute. Luckily, they had a back-up plan that entailed a wayward wanderer from Upstate New York regaling the locals with his travel tales. Guess who that was?

The turnout was modest to say the least due in no small part to the relentless rain that was assaulting the region. It is probably what explains Mr. Judo Master's absence. The folks that did show up came with the belief that a martial arts expert would be sharing his story and possibly putting on a demonstration. Initially, one of the volunteers wanted me to impersonate said Judo master and even present the small group of men with my own creative martial arts exhibition. Although intrigued by the thought of such comical subterfuge I was not totally comfortable with this situation. Not sure how the village folk would react to the ruse. Getting my ass beat by a group of disgruntled Azeri men was not what I had in mind, as much fun as that would be. Otherwise I would have been on board. Why not? That's just funny.


So through a translator I shared my tale, traced my journey on a world map, and answered whatever questions that arose. A moment of levity came when I was asked about whether I felt safe in the places I had visited, to which I replied that I did, for the most part, feel at ease in many of the places I had been. This was no less true in Azerbaijan. At this point an older gentleman seated strategically in the back with a mafia boss aura about him asked why it is that I feel safe here. Although not meant the way it sounded (probably) it came across as Don't feel too safe you tall, lanky, clueless ignoramus. We are Avars (local ethnic group in the region). We could f$%* you up ya heard!! That made me giggle, especially coming from a man seemingly only one phone call away from having his deranged nephew Luchencko book my ticket to oblivion. Not to say that any or even part of that impression was correct (probably) but it sure felt like it. Standing in that dimly lit town hall type building straight out of a communist indoctrination video (with a disproportionately large picture of the deceased president, Heydar Aliyev, on the wall to complete the circle) one can almost hear the Gestapo whispering in your ear. Want to know why I travel? That's why. 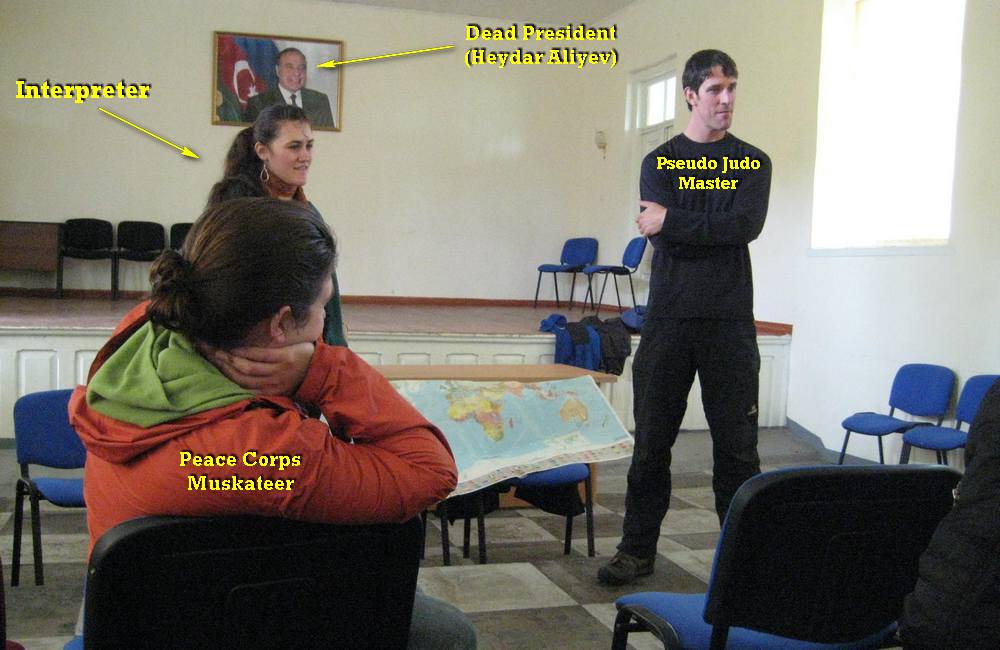 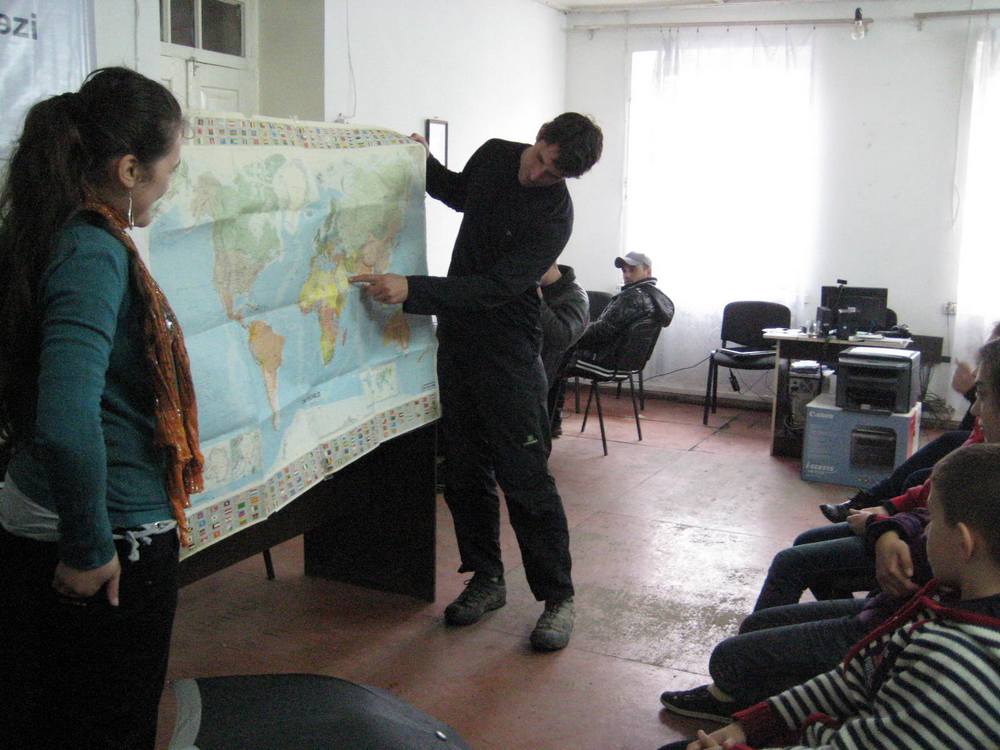 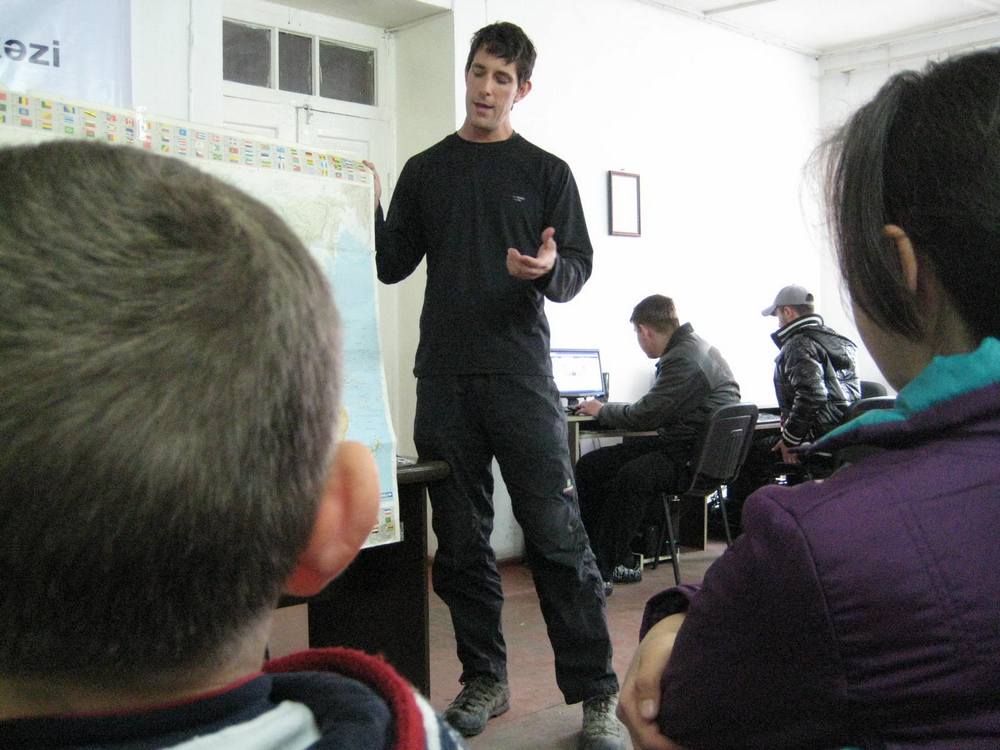 If I waited for the sun to come out I'd be in Zaqatala until the Rapture. So I decided to suck it up and take a jaunt into the countryside to the site of an abandoned church. My gracious host was kind enough to draw me a map to aid in its location. I slowly meandered my way along the road stopping to take random photos of village life. Without getting lost the trip would have had a missing element so I made sure to do so. Two kids (12 and 15 years of age) took pity on me and decided to lead me to the ruins. Water-logged fields, mud, cow dooky, and swelled stream crossings were all on tap.

We stopped in a field en route to munch on wild roots and paused to chuck rocks off a cliff. Then, from somewhere in the forest, we could hear a man yelling in the distance. My young companions looked a bit unsettled and started to flee in the opposite direction. Not having any idea what was occurring I decided to haul ass as well. I am 35 years of age and found myself running through the forest like I'd just thrown a bag of shit at someone's car and was attempting to escape the owner's wrath. What hath my life become? Just to punctuate the juvenile nature of the scene we then hopped a fence and crouched down in the grass as the sound of the man's voice approached. When he was no more than 50 feet away the older of my two co-conspirators decided to break our vow of silence and respond. Turns out it was another friend of theirs no more than 17 years old. We emerged from our hiding spot and continued our quest.

Not long afterward we approached the ruins of a derelict stone building decaying in the forest. Another structure straight out of an Indiana Jones set. Had I been alone the image before me would have taken on a haunting quality but luckily I had the three musketeers to protect me from the boogey man. A light drizzle started to fall as we inspected the small ruin (Church? Castle? Who the hell knows?). Although I know nothing about the nature of the building it was fun to explore the interior and crawl down into its belly. I may have been the oldest of the group but I was no more mature than my cohorts for the purposes of this journey. I wish I could have learned a little more about my companions but they spoke not a word of English, unless you count a part of the chorus to I Know You Want Me by Pitbull. At one point along trail the 12 year old started singing, "I know you want me, you know I want you". I nearly wet my pants. 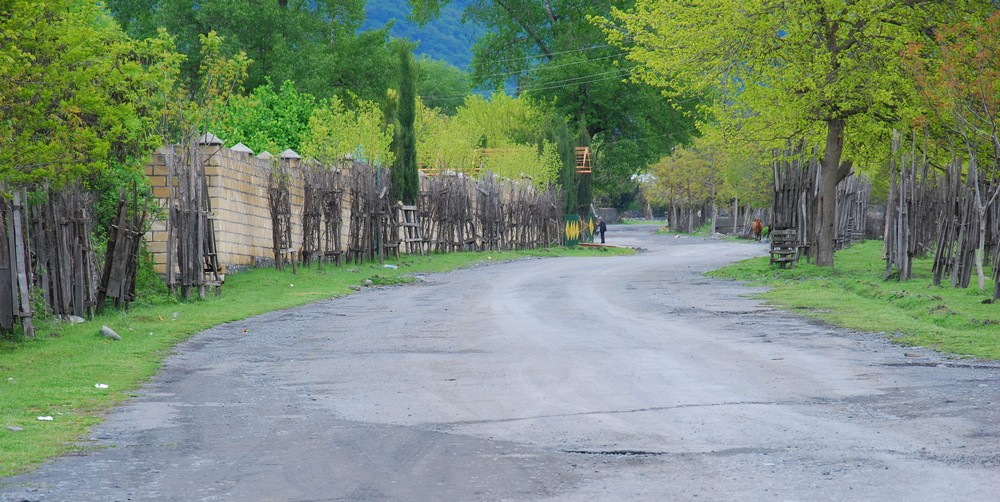 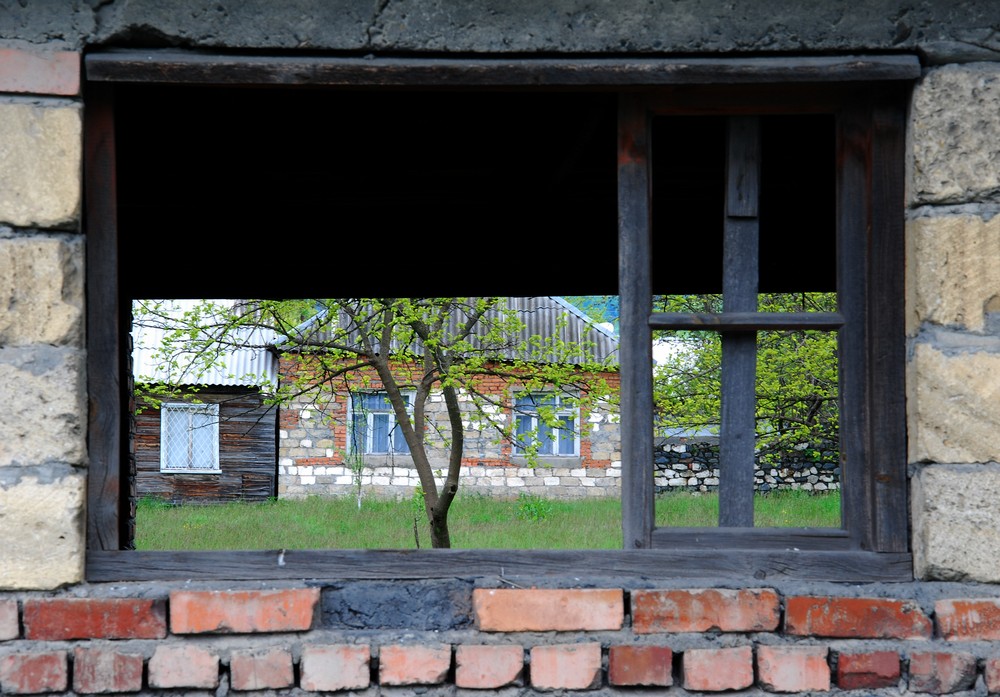 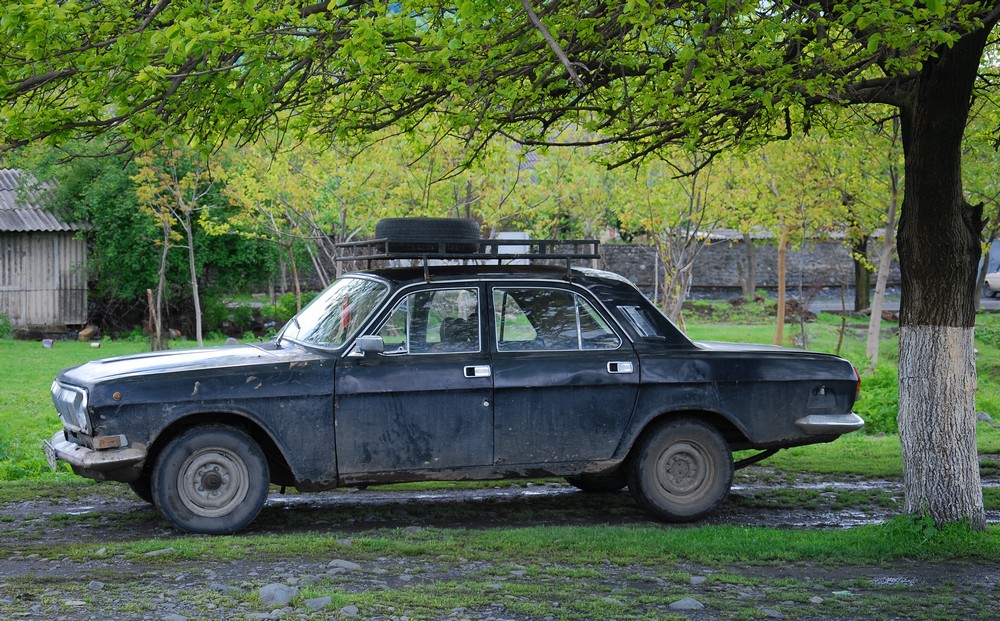 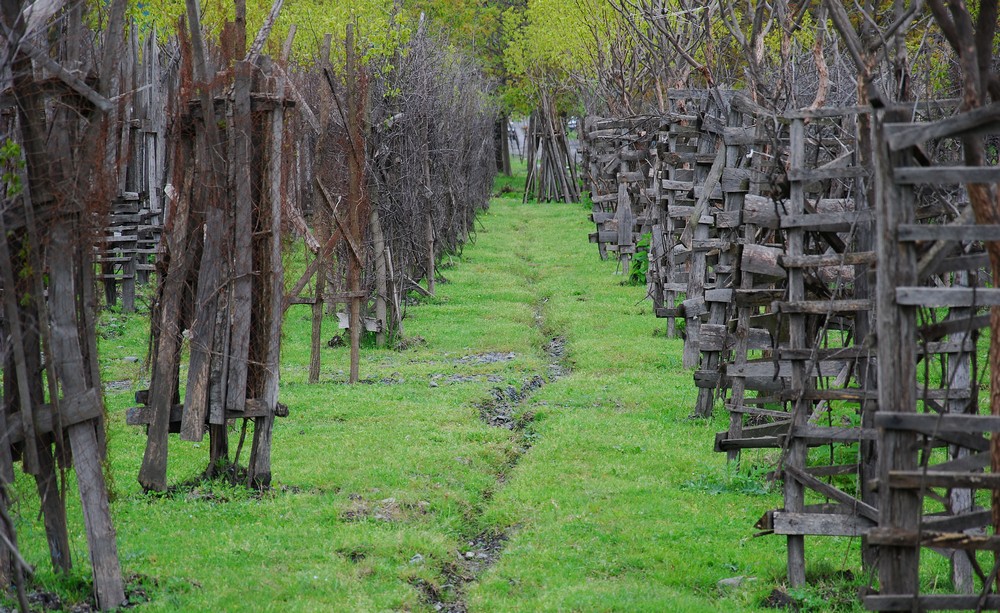 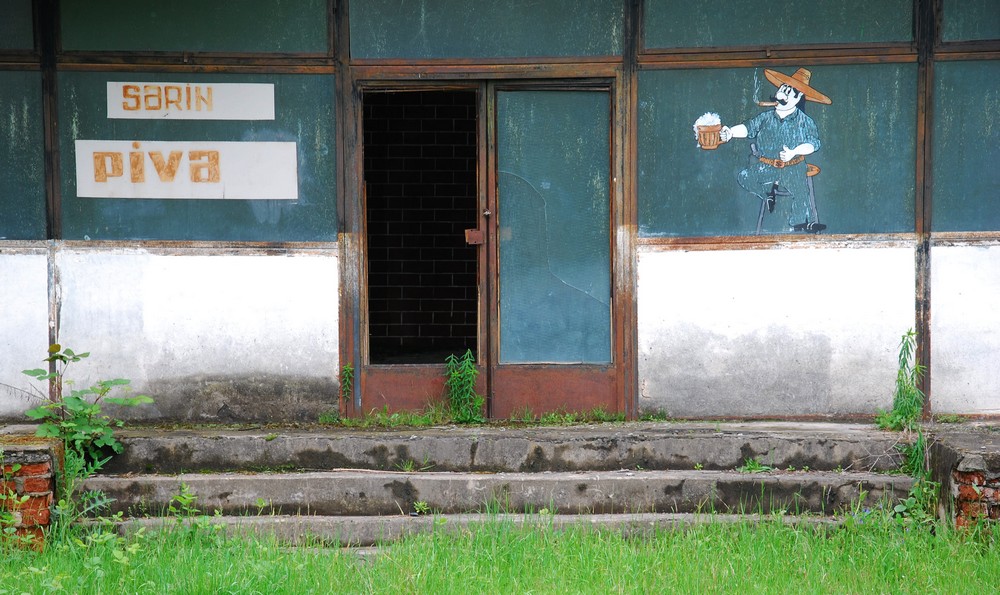 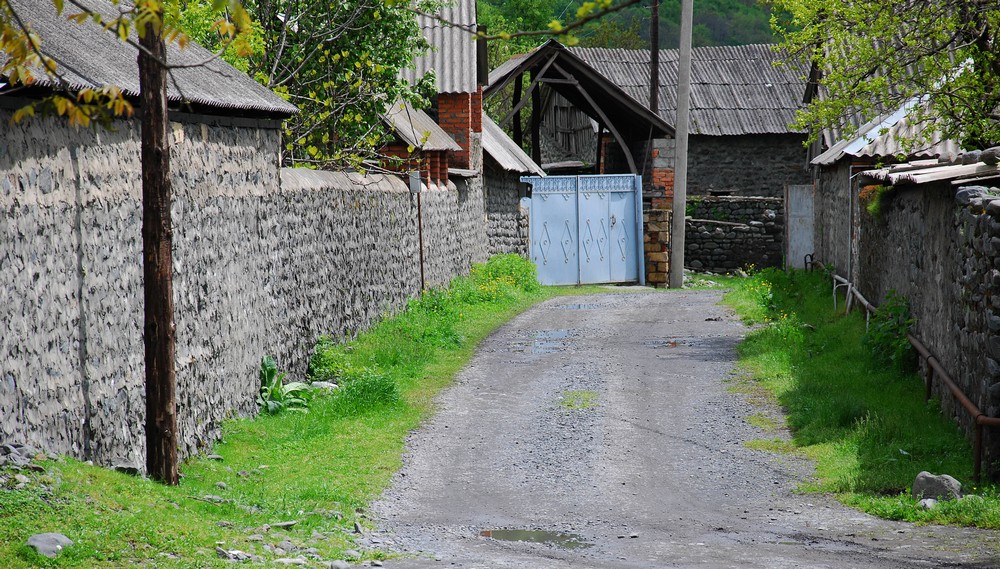 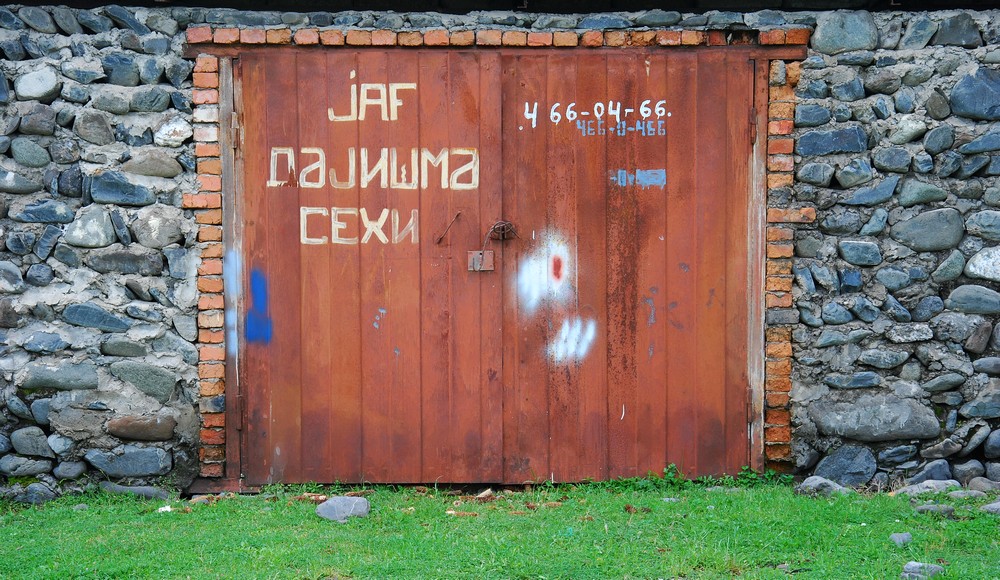 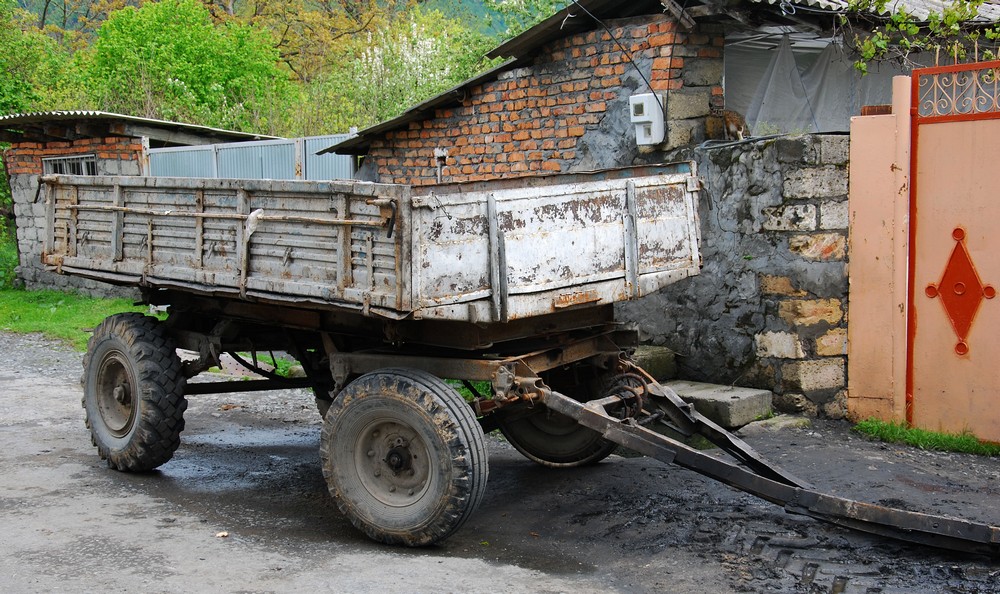 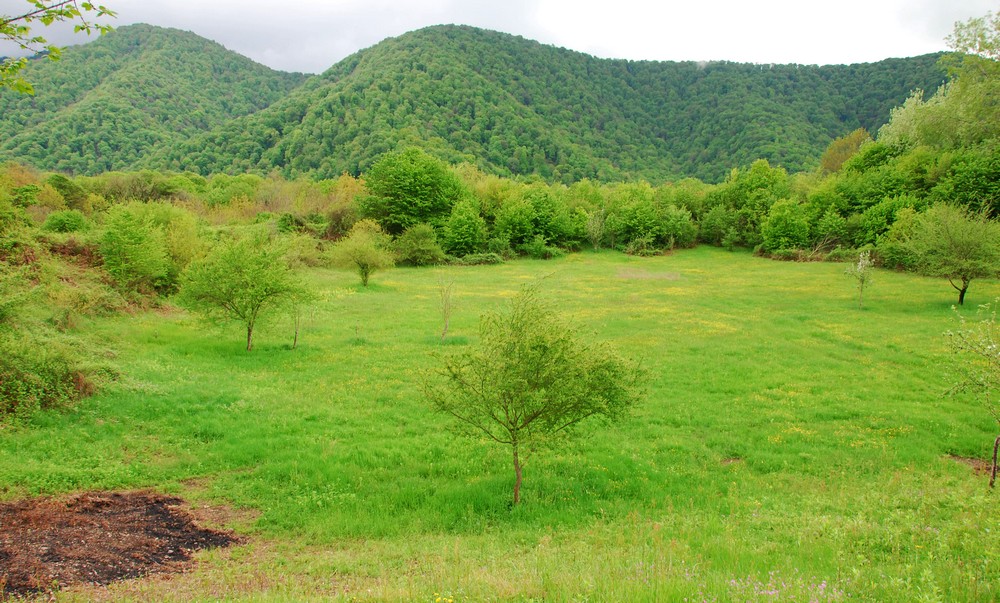 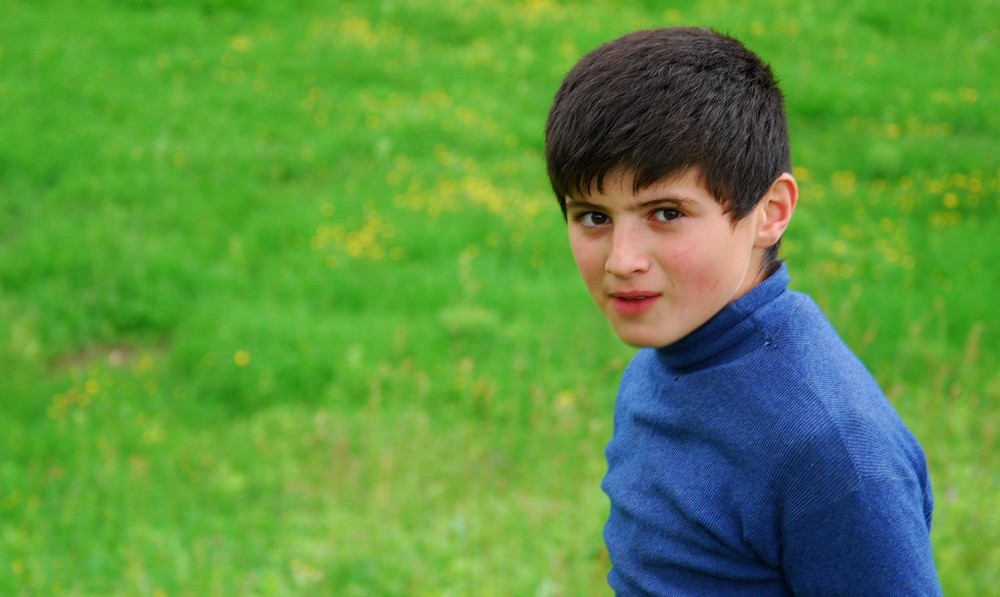 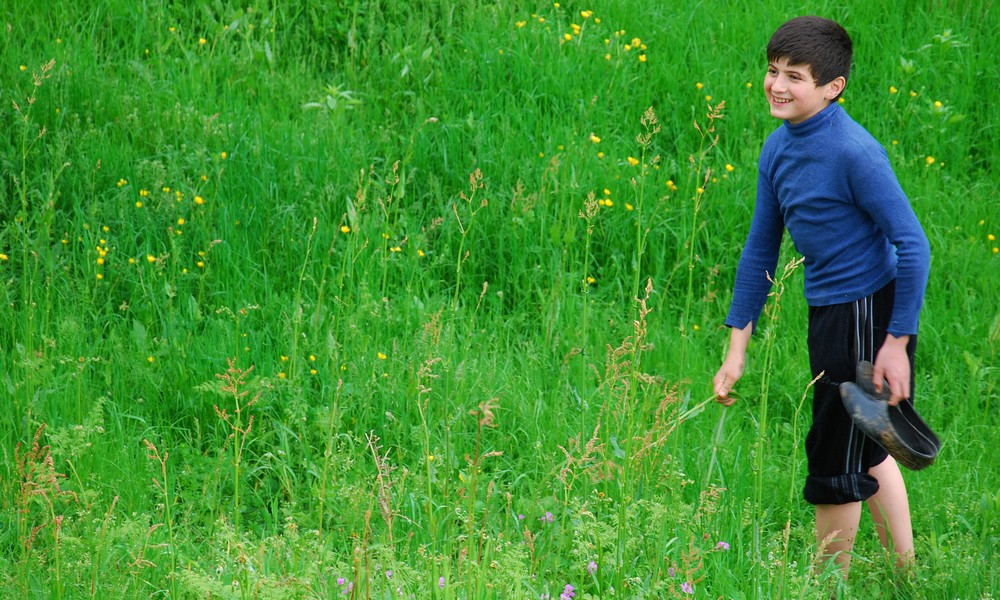 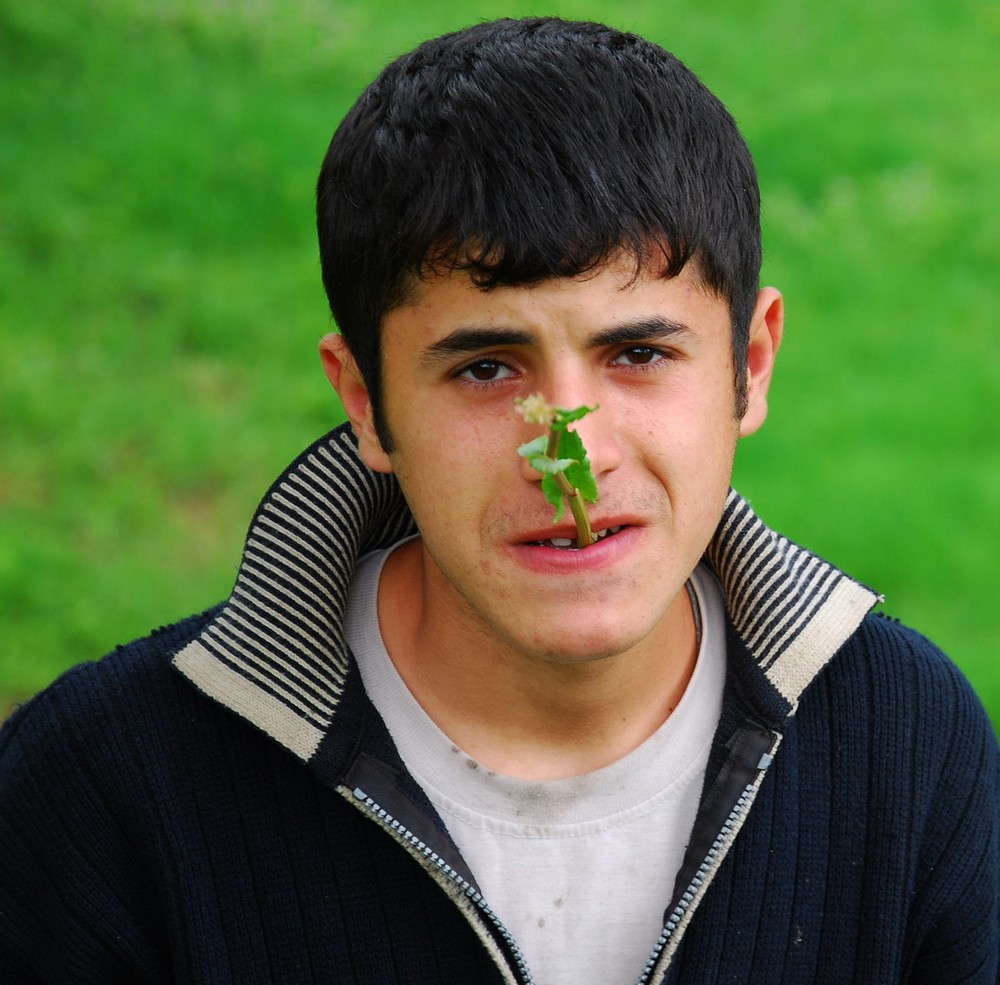 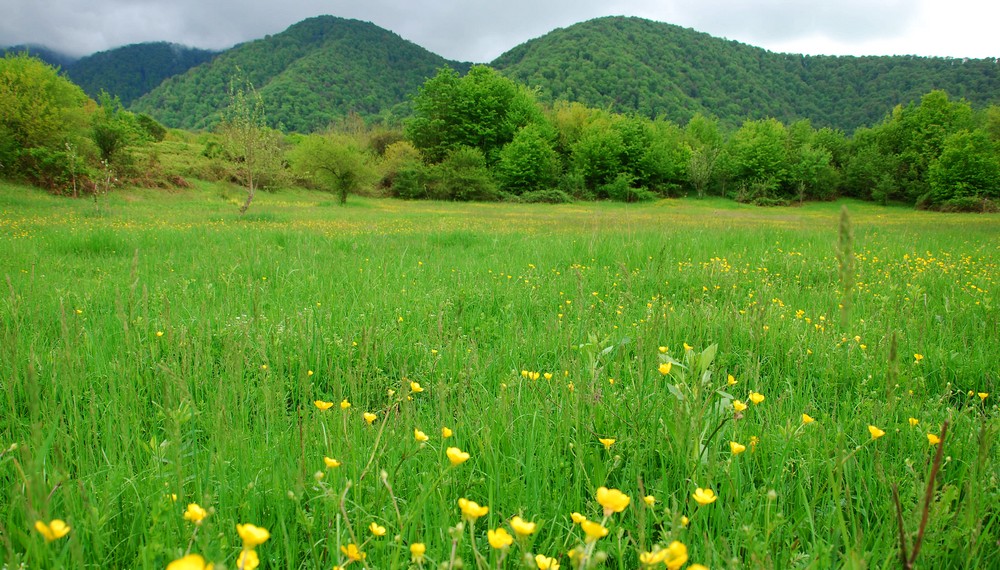 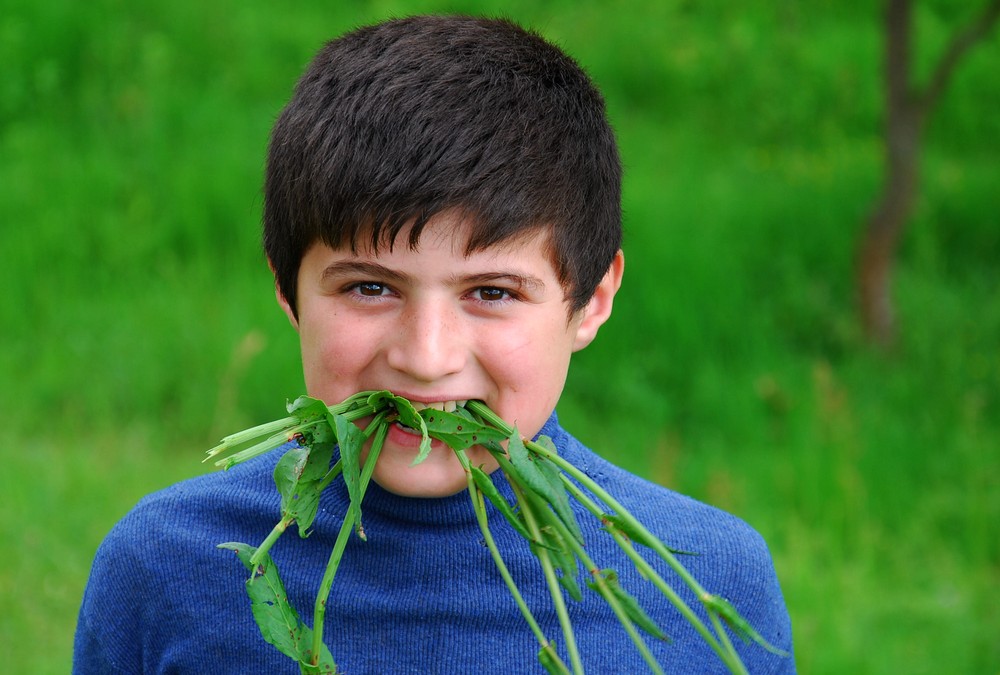 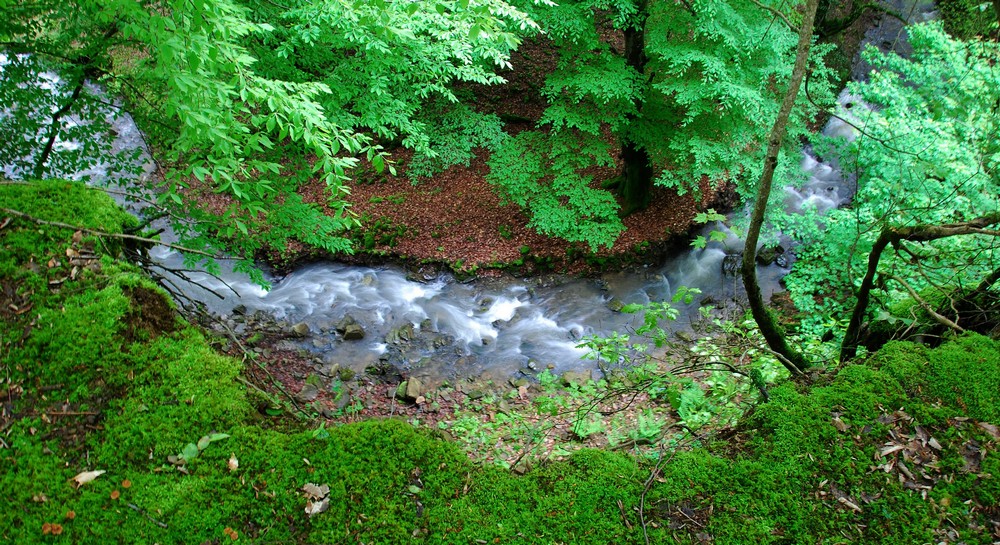 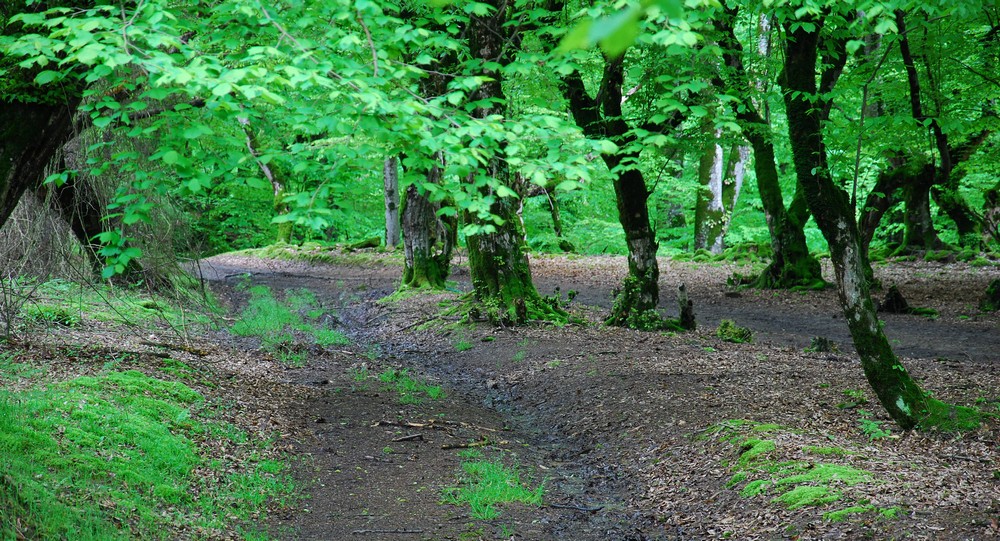 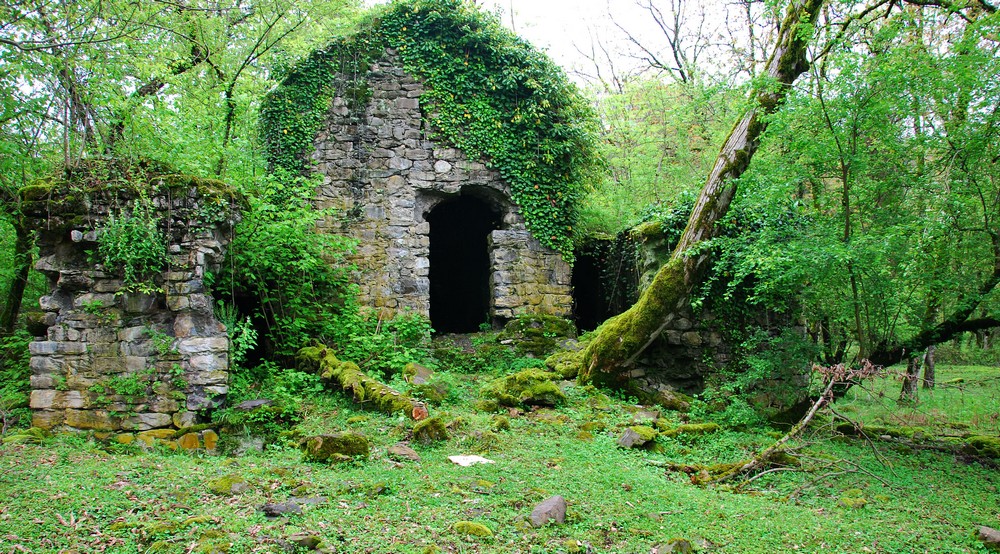 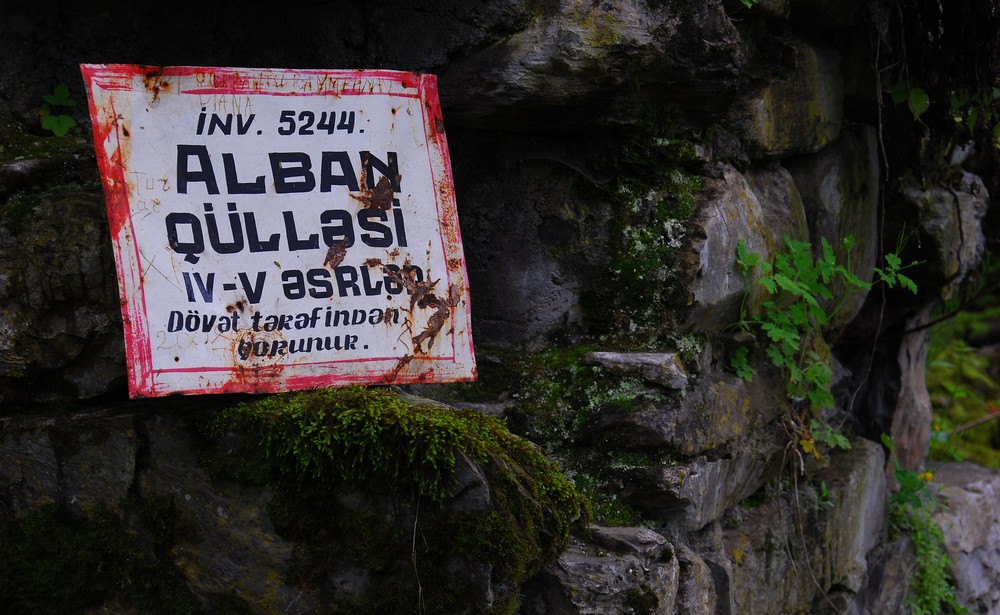 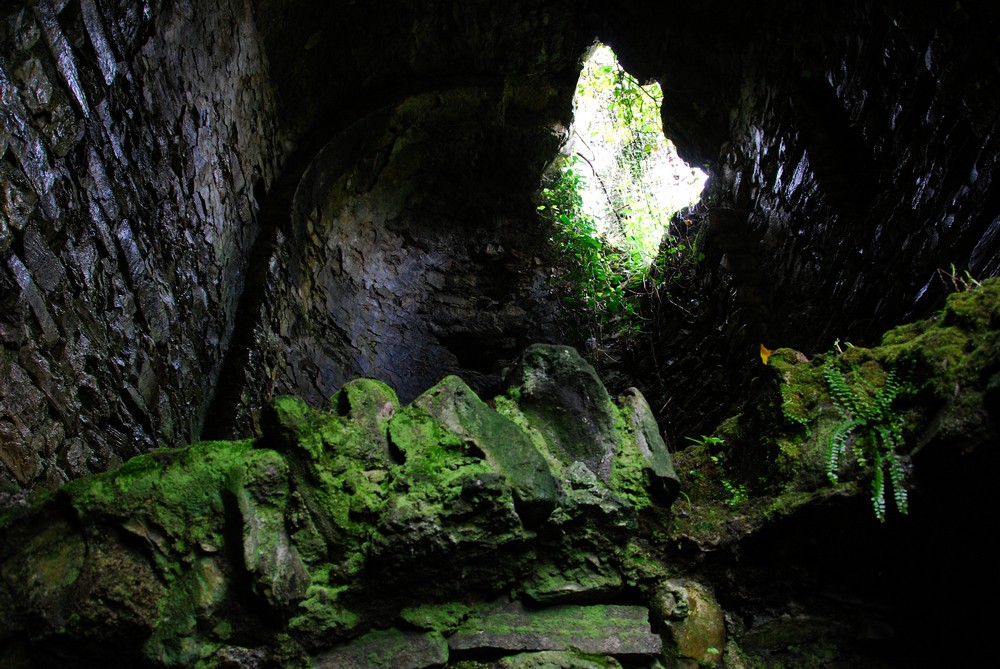 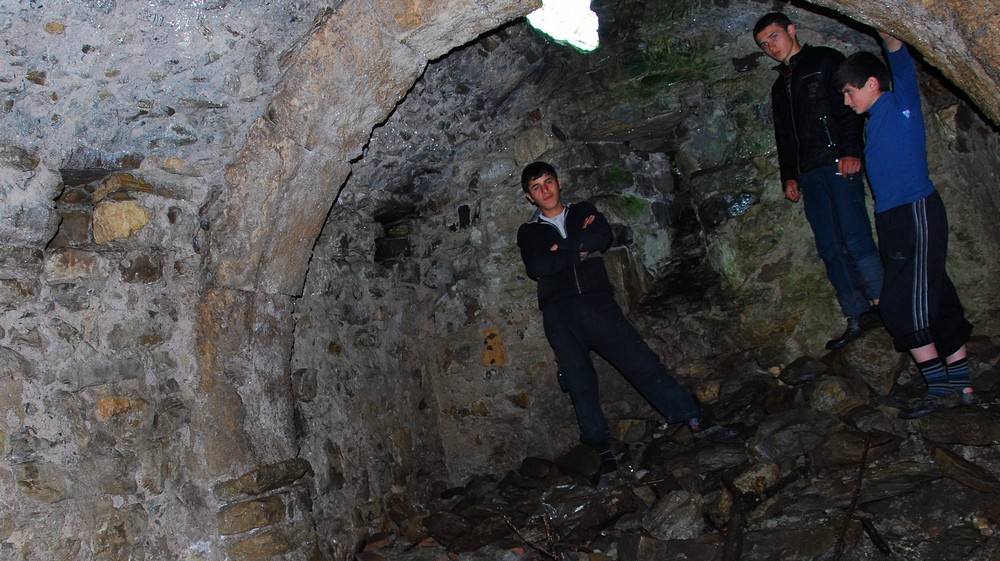 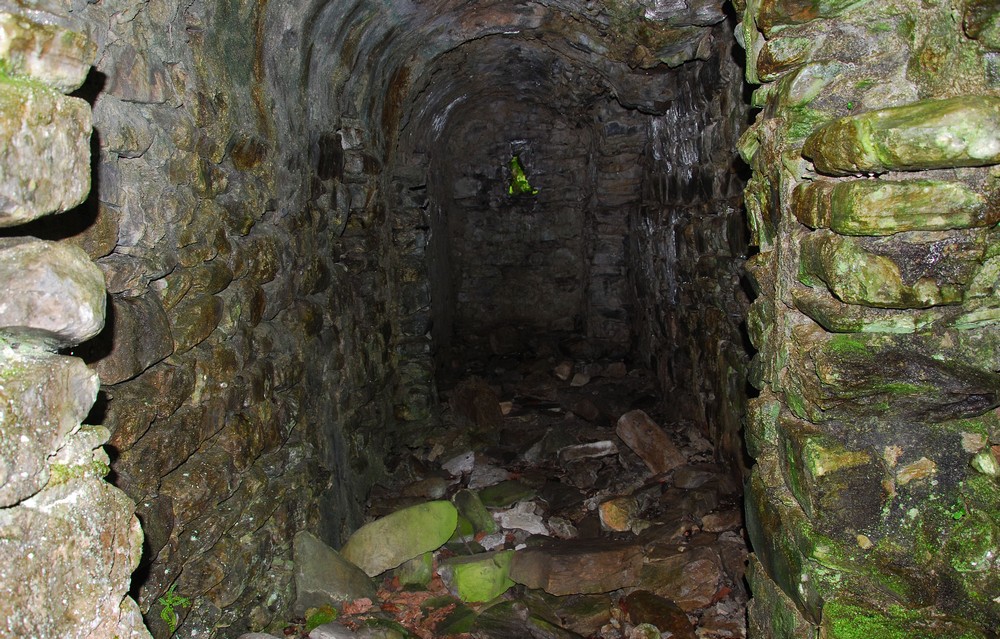