Foothills of the Caucasus - Part II (Near Zaqatala, Azerbaijan) 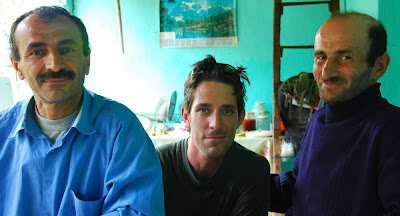 May 20th 2010 - After the picnic a la montagne our new friends escorted us to the top of the hill and pointed us in the right direction, a route that was to take us on a loop to another riverbed that would then lead back to the one from which we entered. From there we would be able to follow the river back to Zaqatala hopefully hitching a ride on the same vehicle we came in with……theoretically. The next couple of hours were spent meandering downhill where we eventually connected to a small valley with a stream leading towards a village on the edge of the juncture where we would hang a right.

Not long after a short lunch and just before the stream we were following reconnected with a larger river (which would then connect us with the riverbed we came in on which would lead us back to Zaqatala…..theoretically) we encountered a gentleman by the side of the stream hailing from the nearby village. Clearly, our arrival perplexed the hell out of him. We might as well have been Martians. That is not to say he was unhappy to see us. In fact, he was elated. And for good reason. He lives in an semi-abandoned village (peopled with farmers and animal herders) where only five families remain. He himself sent away his wife and children so the latter could attend school. They do return in the summer but I have to believe the solitude to be overwhelming at times. As you might expected any distraction from the monotony is a welcome one. Arif was quick to offer an invitation to his home. We were quick to accept.


We strolled to his humble abode through an actual ghost town. Most houses are abandoned and barely suitable even for ghosts I should think. The eeriness must be palpable in the wee hours. I decided not to share my belief that the setting was perfect Hollywood horror film material. 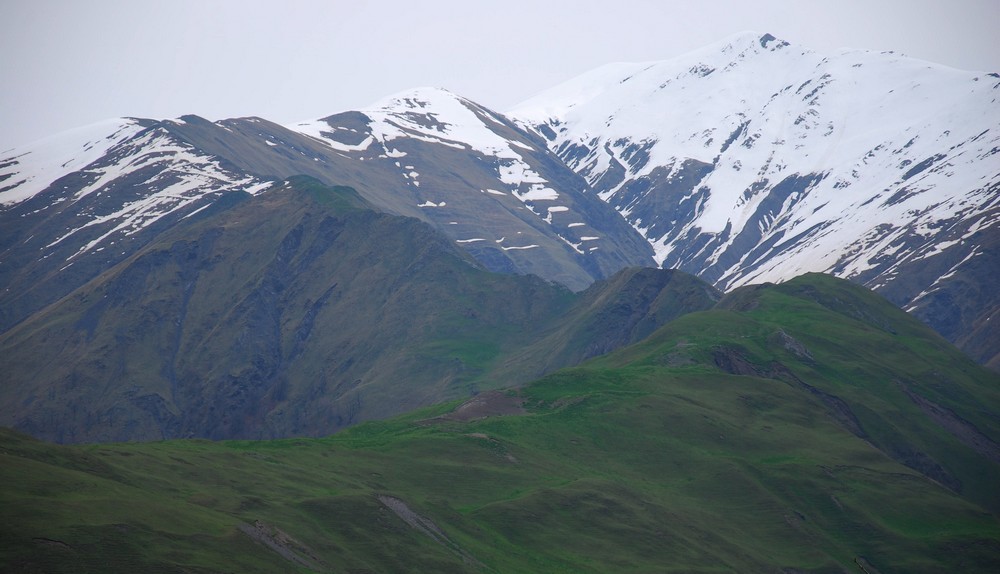 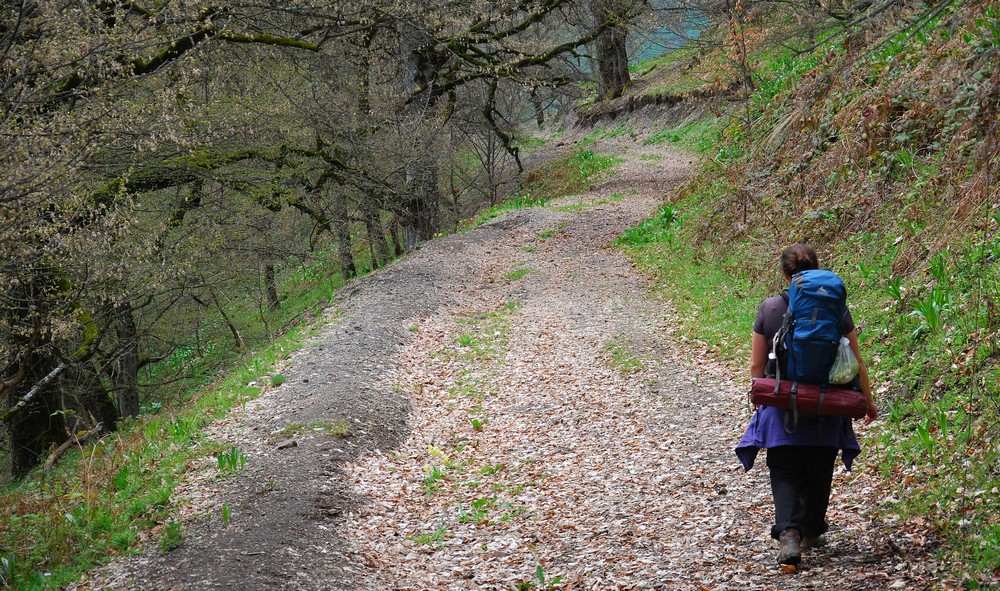 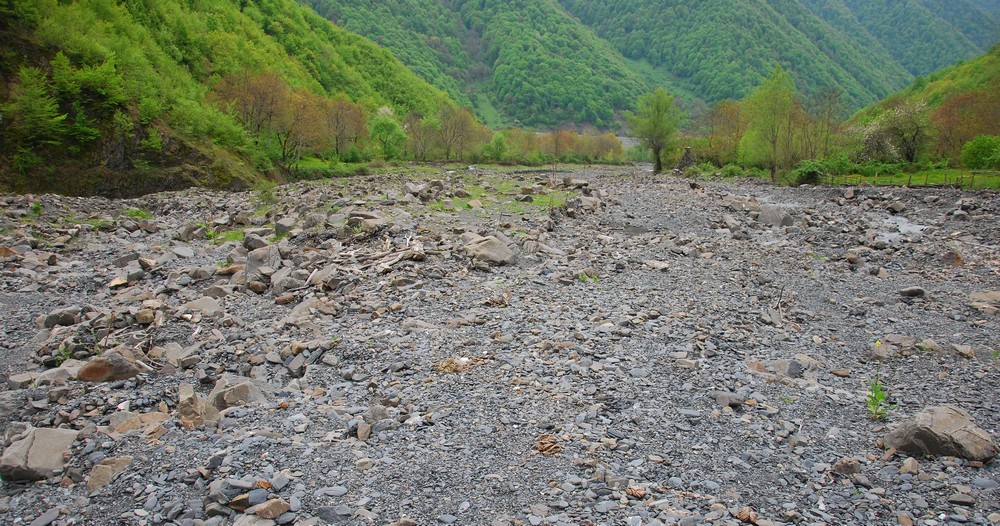 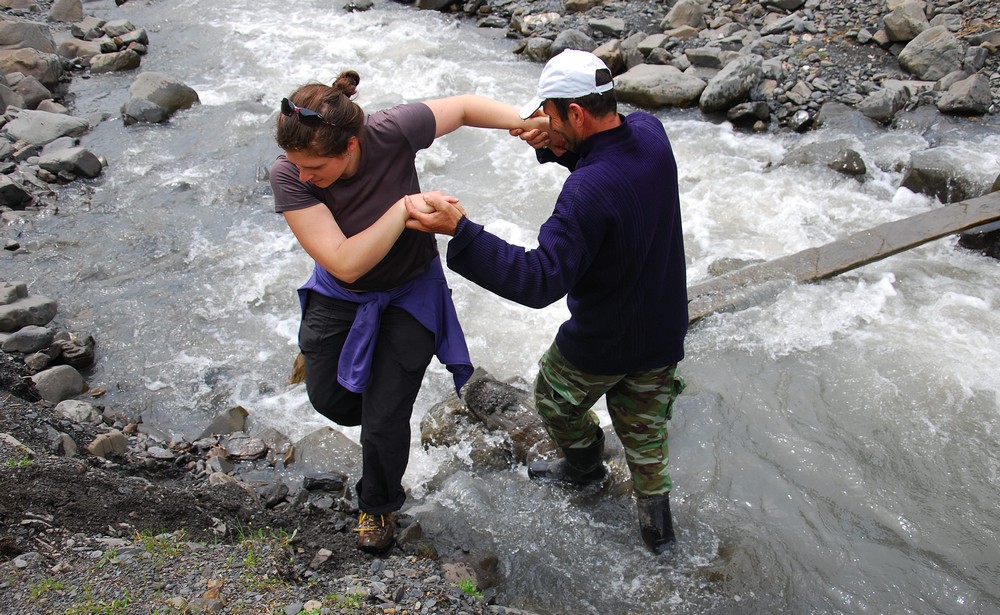 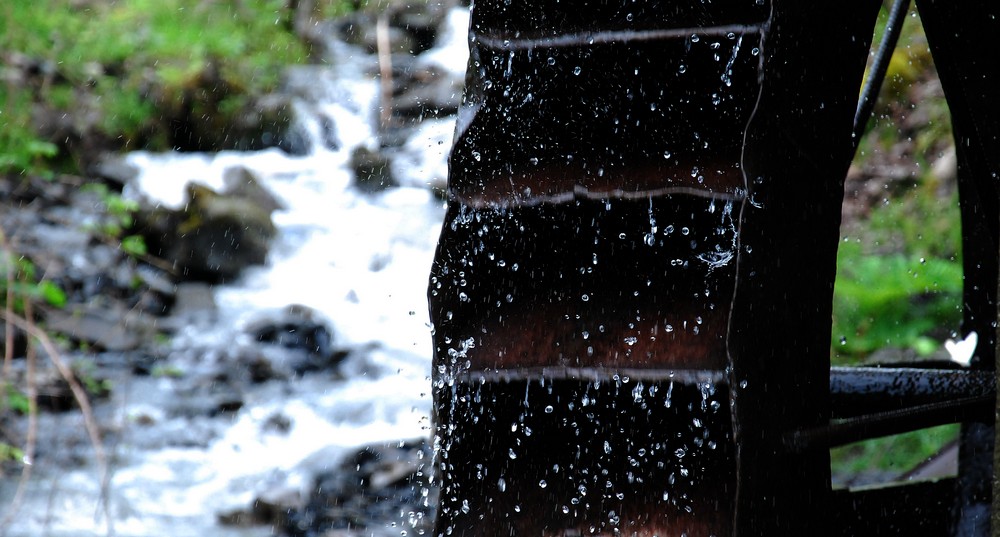 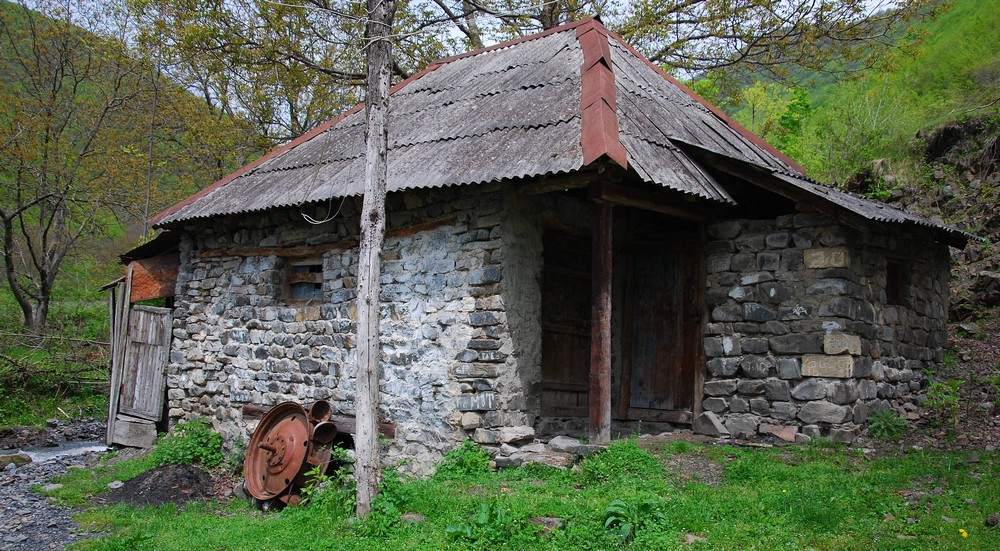 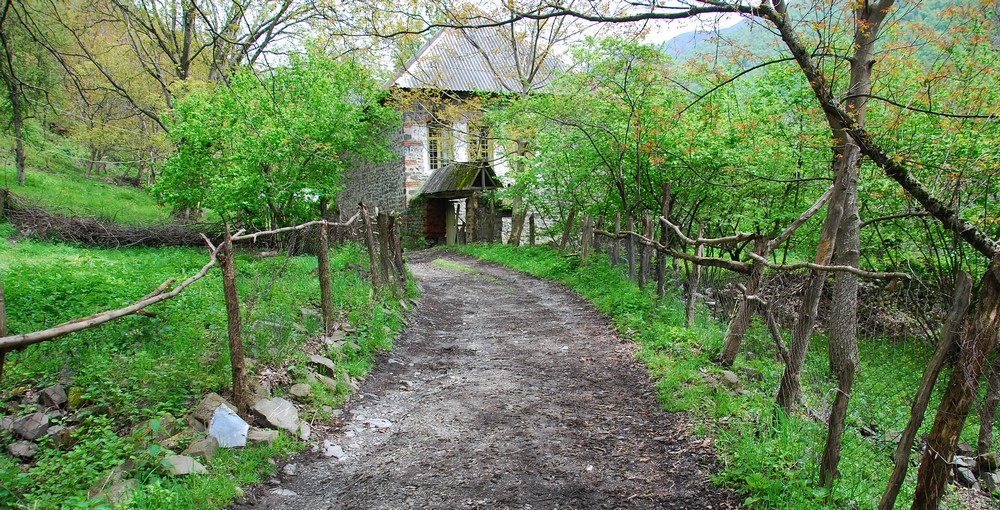 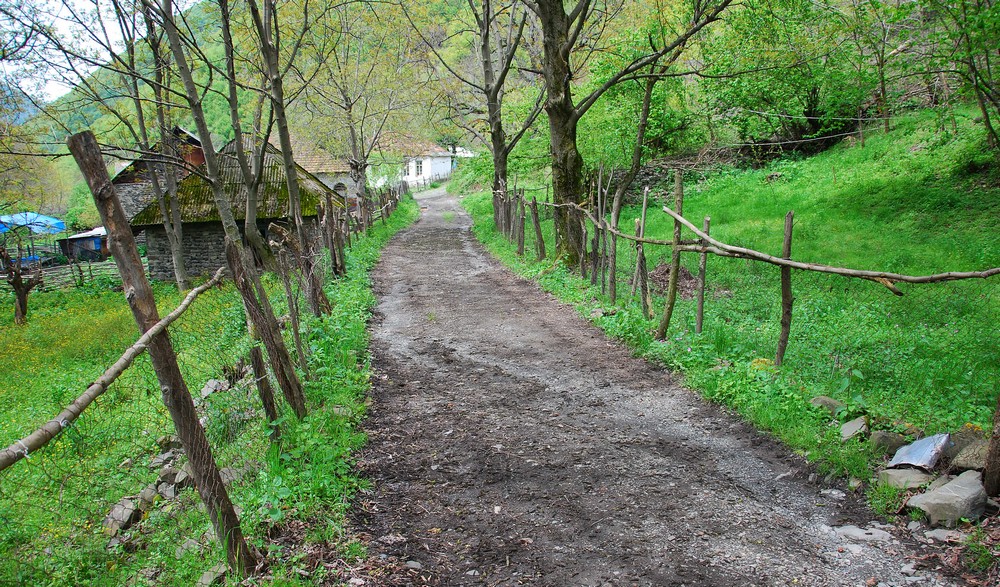 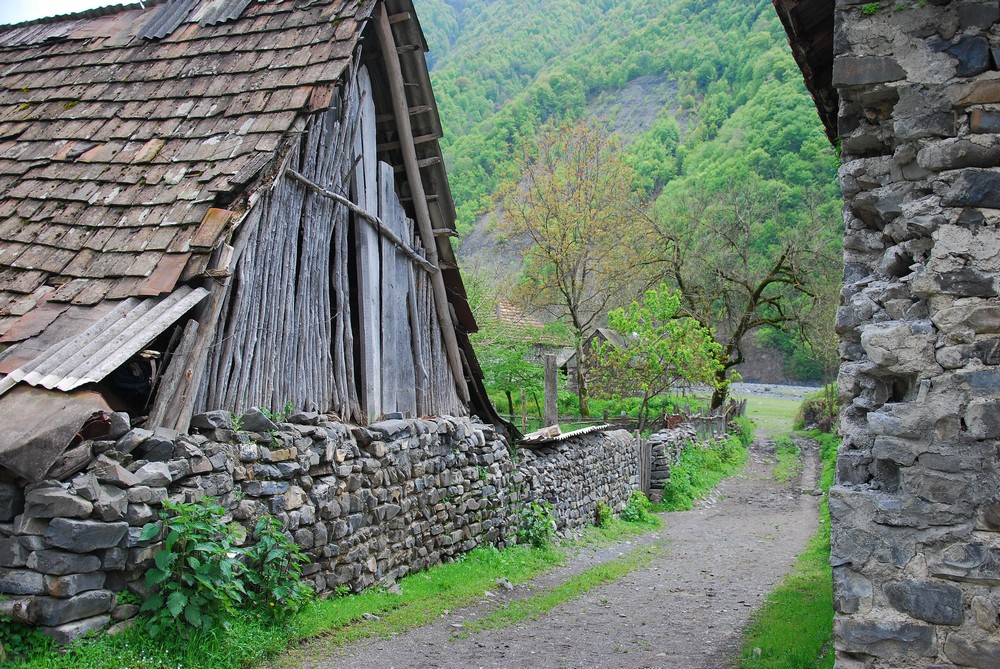 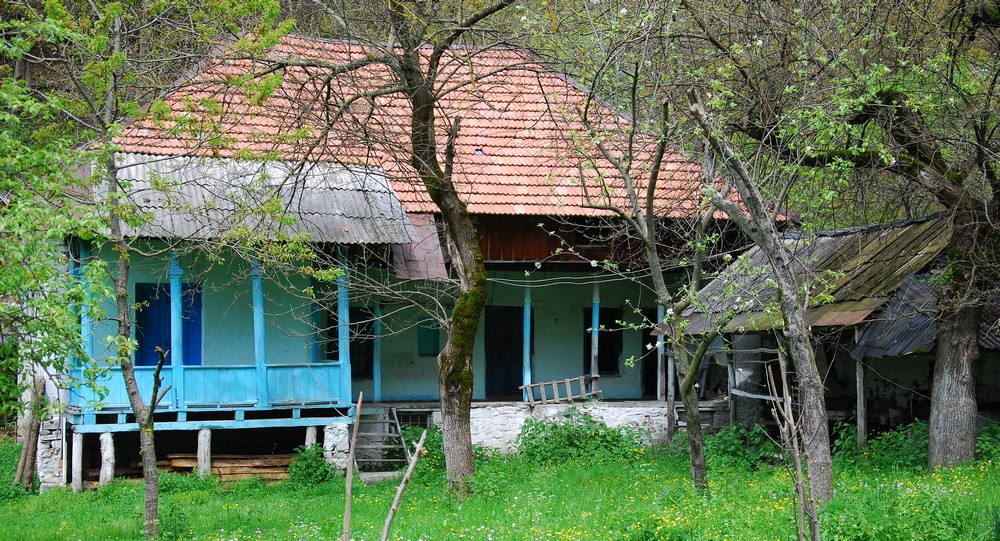 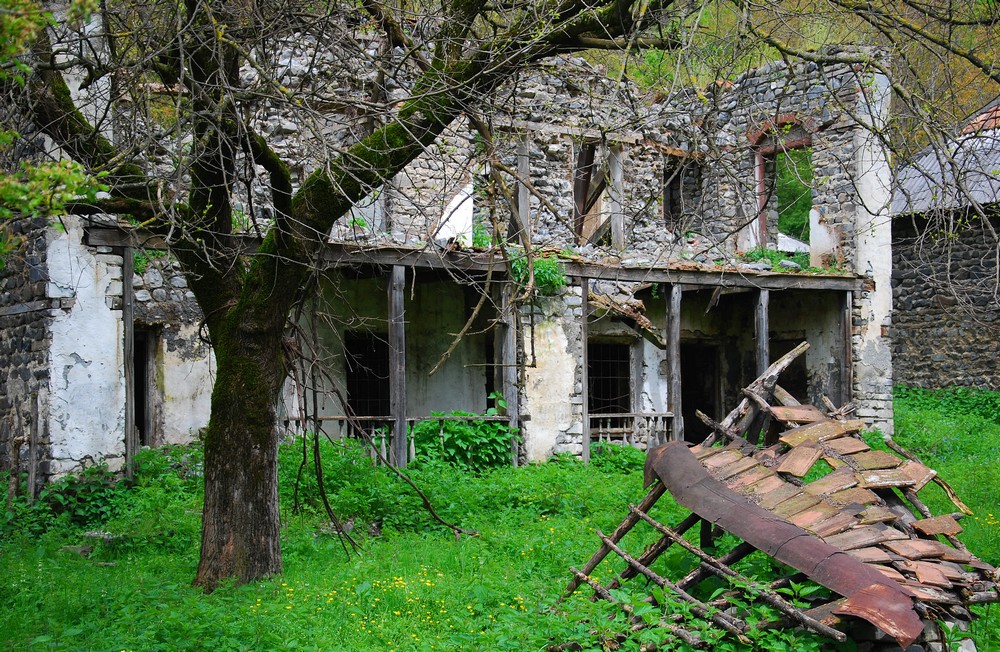 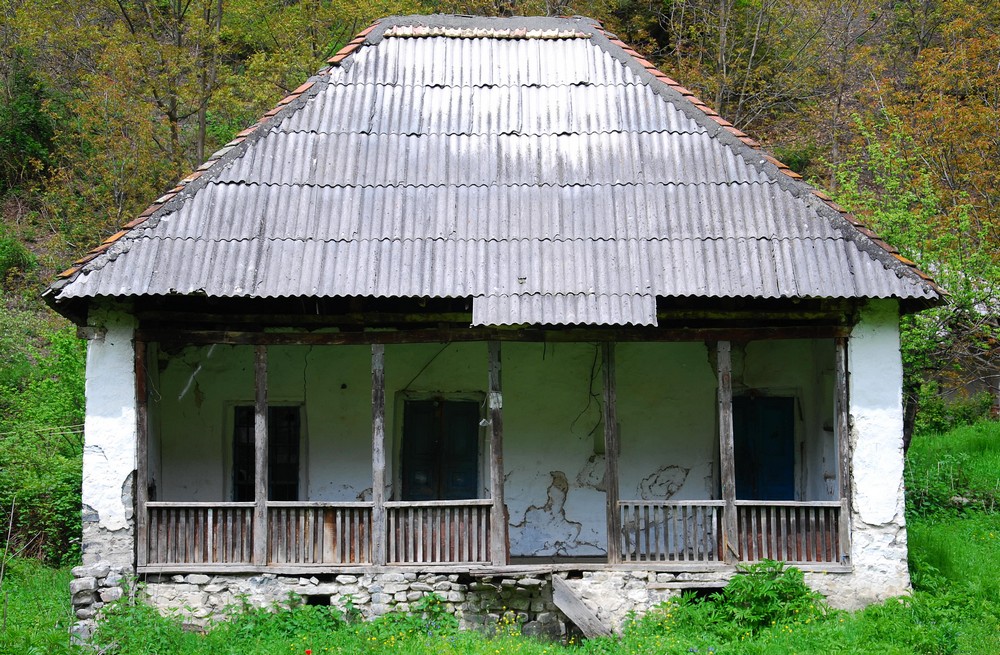 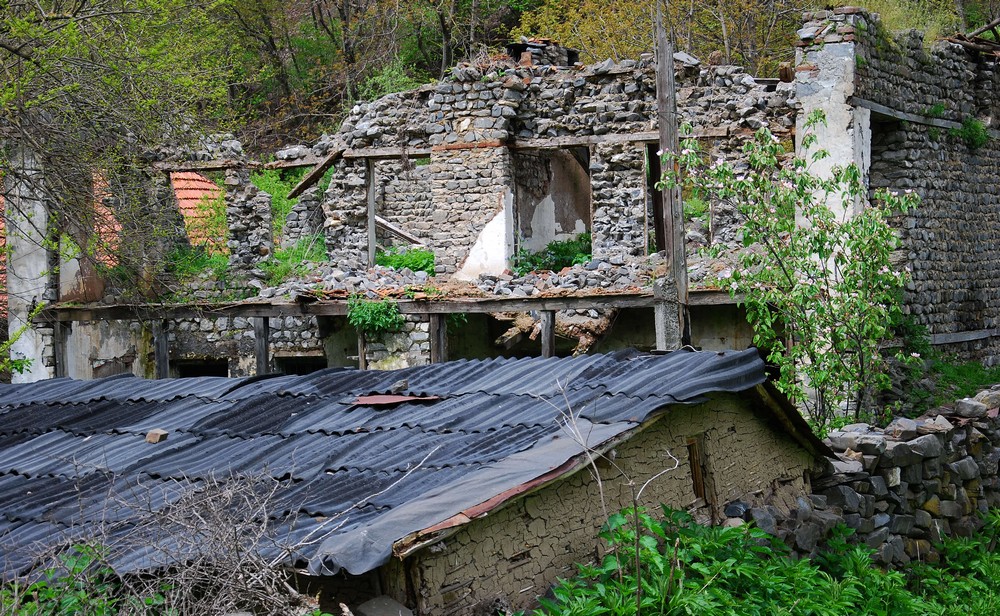 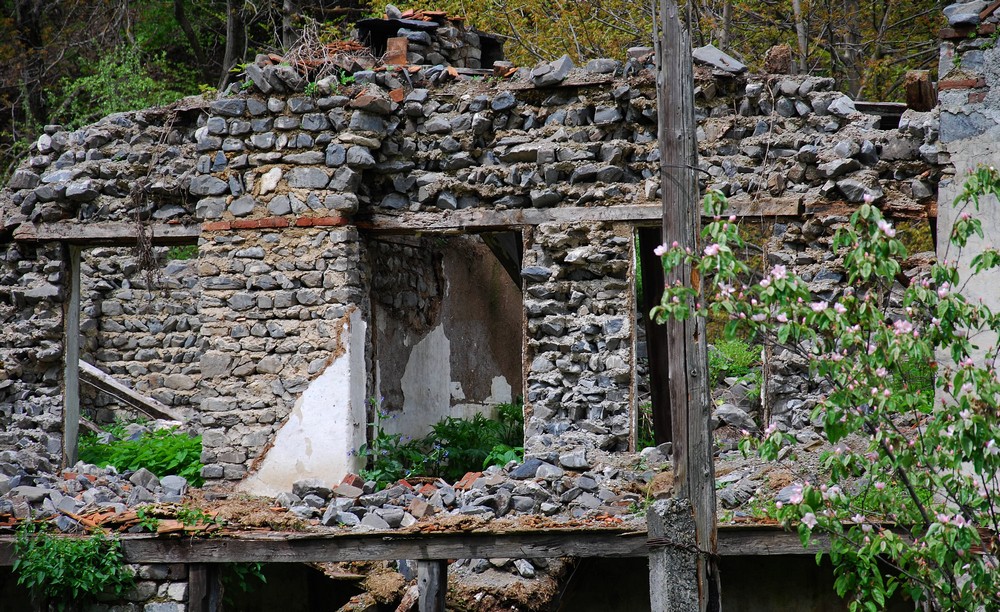 When we arrived at Arif's home we were greeted by his cousin (Letif I think it was) and ushered up the ladder stairs to the second floor. These two were downright giddy to have guests, so much so they were falling all over themselves to provide for us (literally in Letif's case as he tumbled down the stairs on his way to retrieve wood for the stove). Tea, jam, bread, eggs, and vodka all systematically appeared upon the table. I am not sure where it all came from and I found it a little troubling that they might be tapping into much needed reserves in order to provide for us but refusal was not an option.

I believe it was I who mentioned vodka in a moment of levity. Arif quickly darted in and emerged from the back room with a bottle of spirits and a shit-eating grin that could disarm Bin Laden's bodyguard. I am not a staunch advocate of shots but it was impossible to refuse. Fucking impossible I say! They were so excited by the prospect of downing vodka with yours truly that I just did not have the heart to tell them I was a boozing pussy. So I drank.

The first installment did not go down without a fight and propelled me into an epic battle against involuntary regurgitation. Luckily, I prevailed and each successive shot went down easier than the last. At times like that I begin to understand alcoholism. Before I could say 'shitfaced' we polished off a bottle of vodka. They absolutely loved it and were giggling like children, especially when I preempted them on one occasion and lifted my glass before they had a chance. When in Rome. 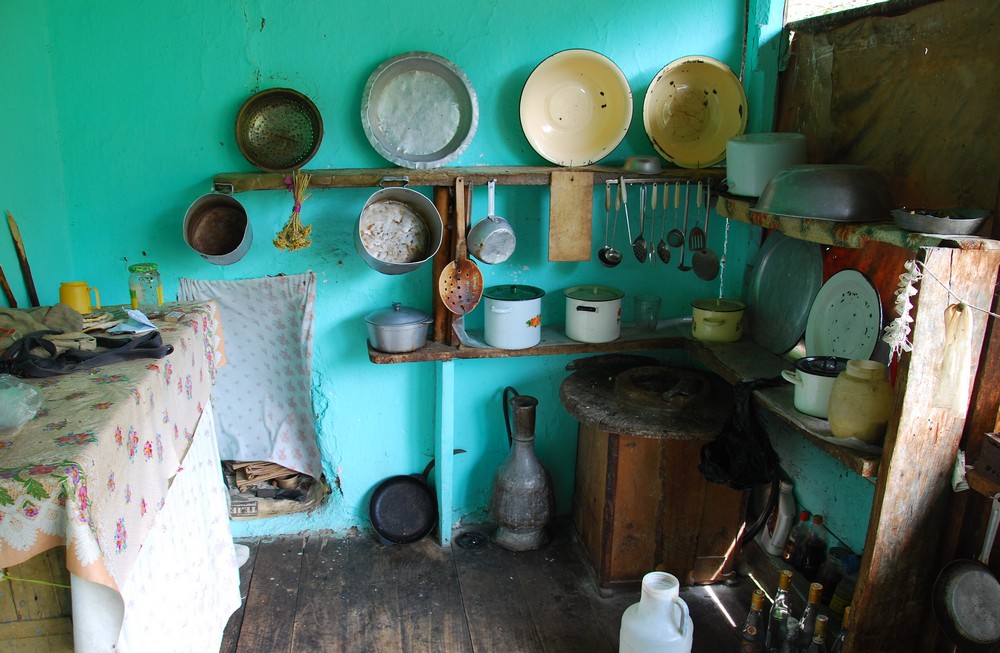 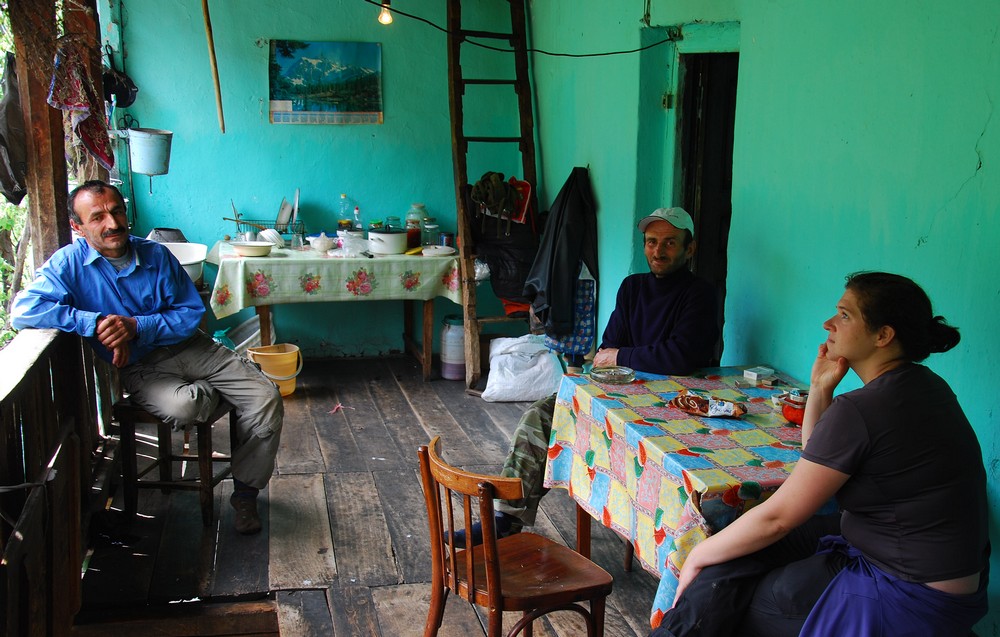 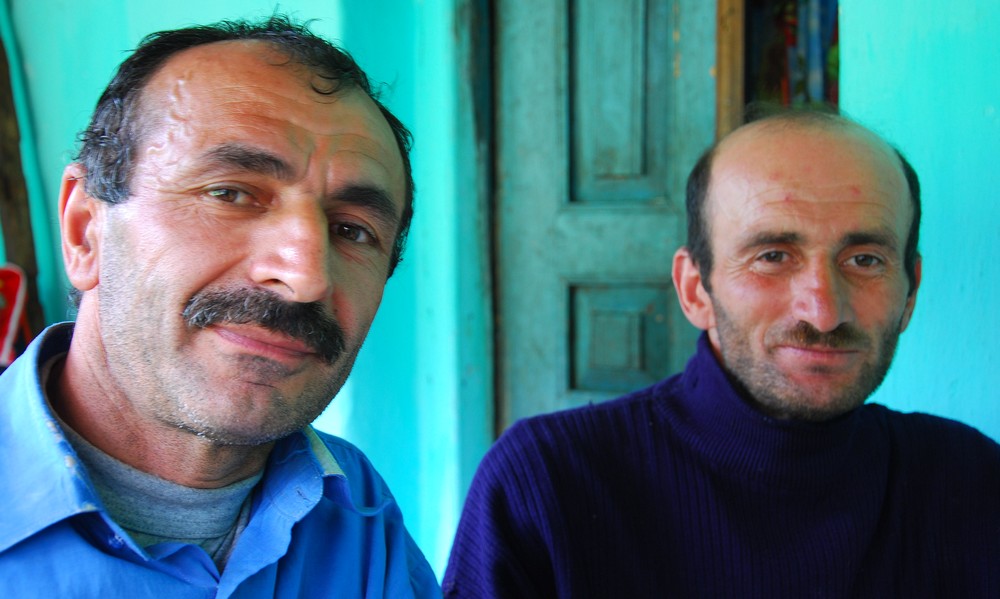 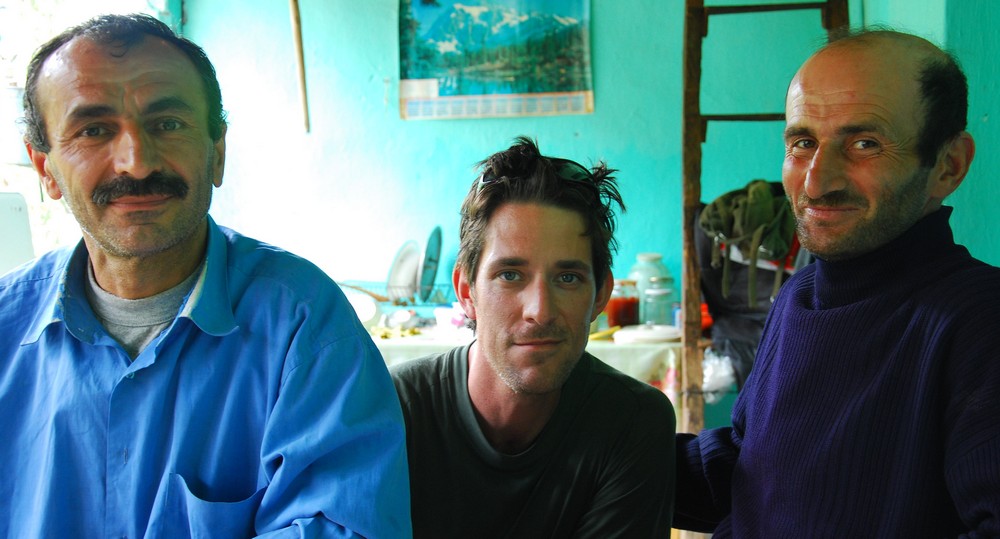 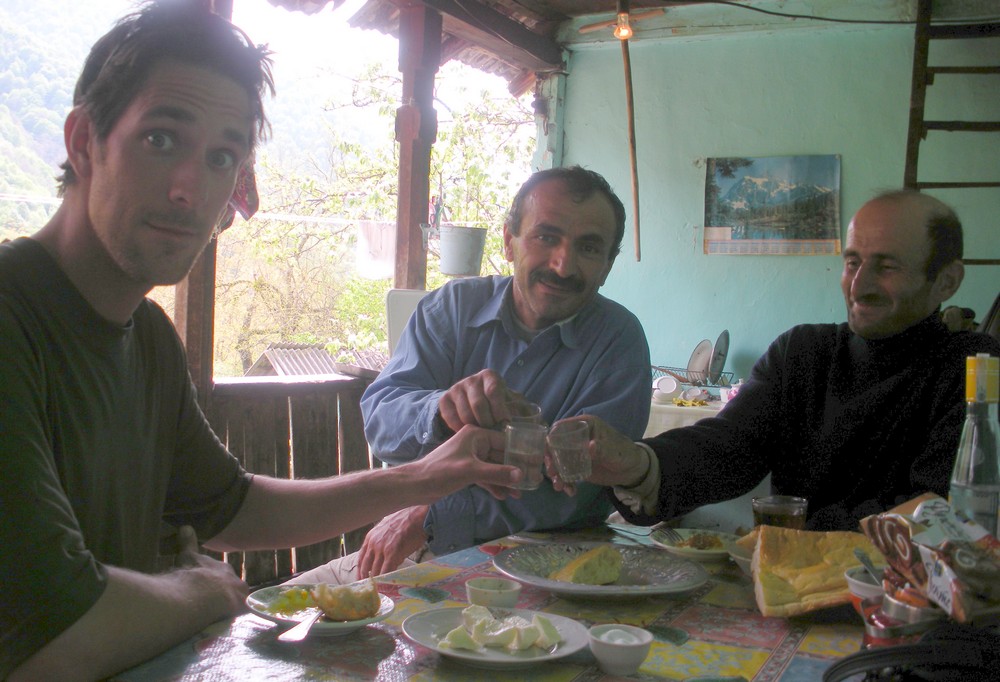 Amy and I were enjoying ourselves so thoroughly that we seriously considered spending the night. Arif and Letif were adamantly in favor of the prospect. I had to stifle a laugh when Amy laid down the ultimatum that, should we spend the evening, I was not permitted to be become completely FUBARed. Who knows what two inebriated, not to mention sexually deprived and frustrated, Azeri men might do in the presence of an unmarried female (Amy felt, perhaps unwisely, that our sham marriage was no longer necessary) while Richie was lying face down in the chicken coop. Seeing as I was already two sheets to the wind I felt it was probably wise to depart. Not only that we had no idea how long it would take us to make the return journey and decided it would be best to move on. But the temptation was almost too much too bear.

To say that Arif and Letif were hospitable is like saying Jesus was fairly Christian. They emanated a brand of warmth and kindness that I have been fortunate enough to encounter repeatedly during my travels although I must admit there was something charmingly unique about those two. It is these moments that provide the fodder, the spark, the addiction if you will that propels me forward on this open-ended journey and replenishes a part of my soul that I'd not only neglected but had almost forgotten. For a couple of hours we four were the only people on the planet and life was undeniably good. Imagine children meeting for the first time on a playground engrossed in that magical world only children can inhabit before being inculcated with so many meaningless distinctions arising from nationality, culture, socioeconomic status, race, and ethnicity. For a brief moment we were able to revisit that world and that part of ourselves that is so incredibly easy to forsake.

As I mentioned departing was not such an easy task, made all the more so by Arif's gift to me of a deer antler he presumable kept from a previous kill. An eight inch deer horn is not what I would call pack friendly but there was no way in hell I could decline this gift. I was, to put it mildly, extremely grateful. We finally bid the two farewell, received some instructions as to our route, and continued, a bit wistfully, on our way. 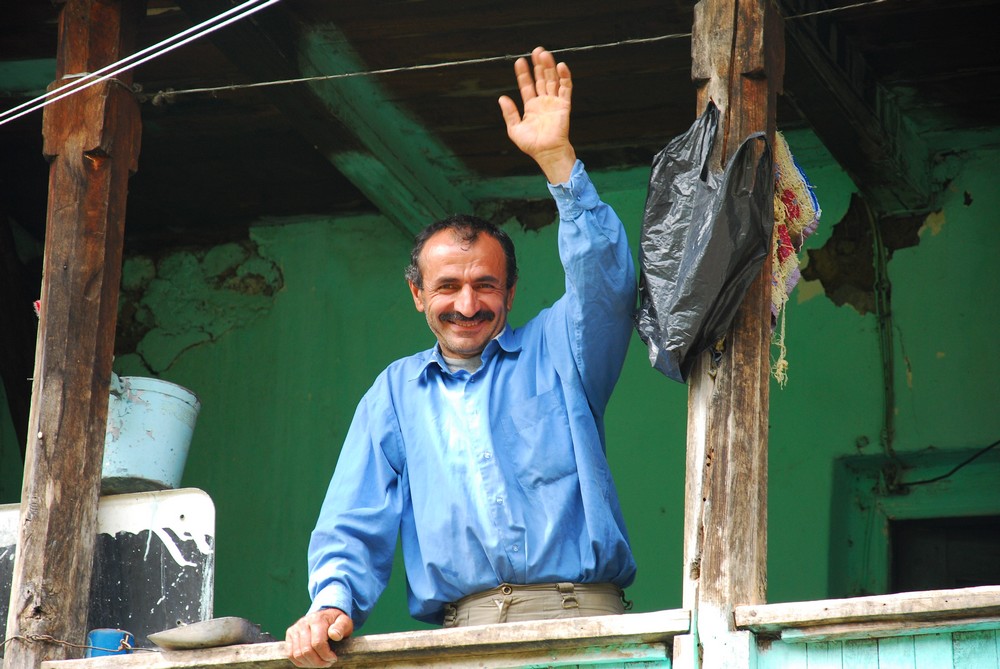 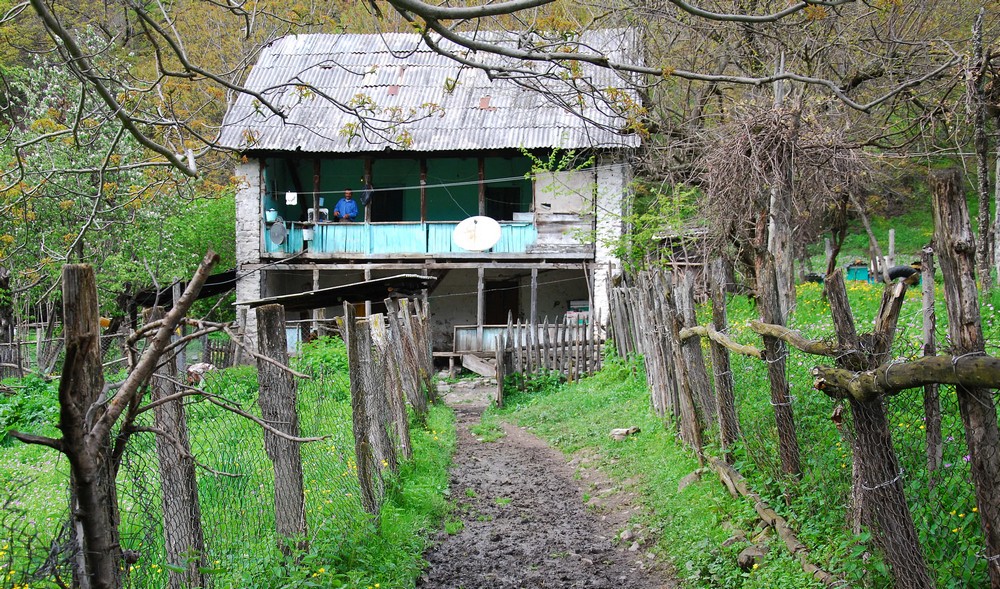 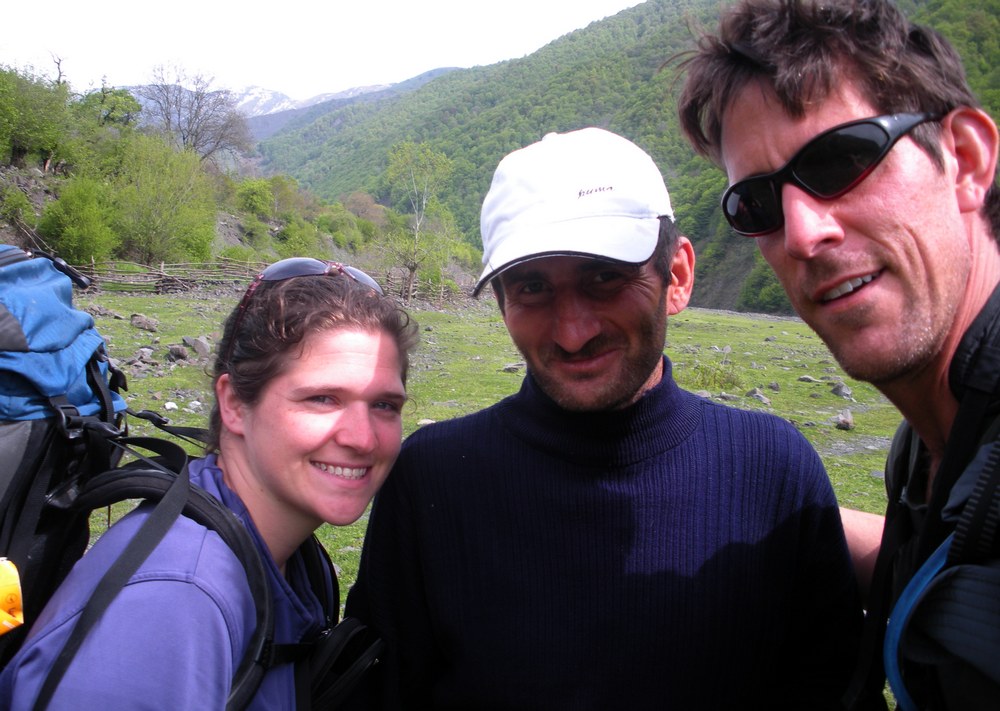 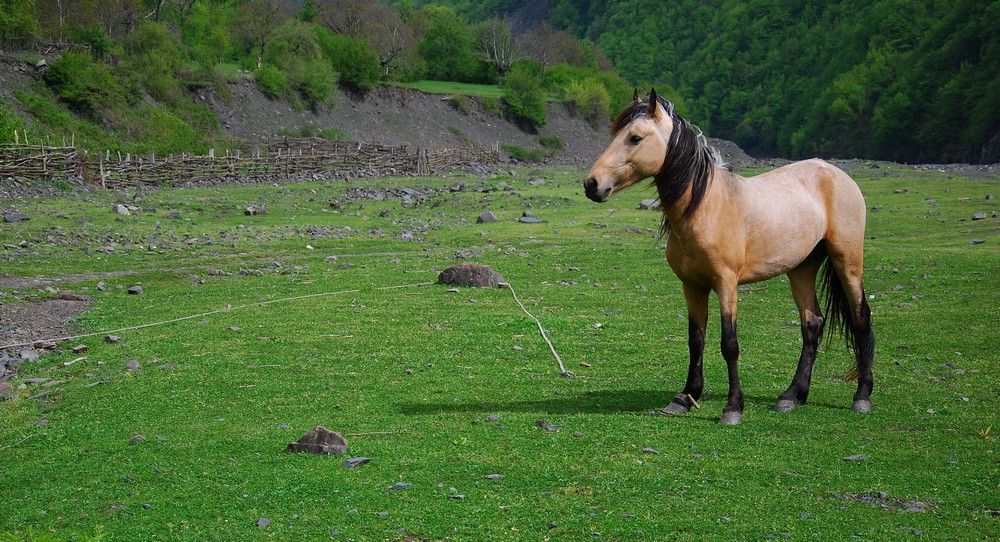 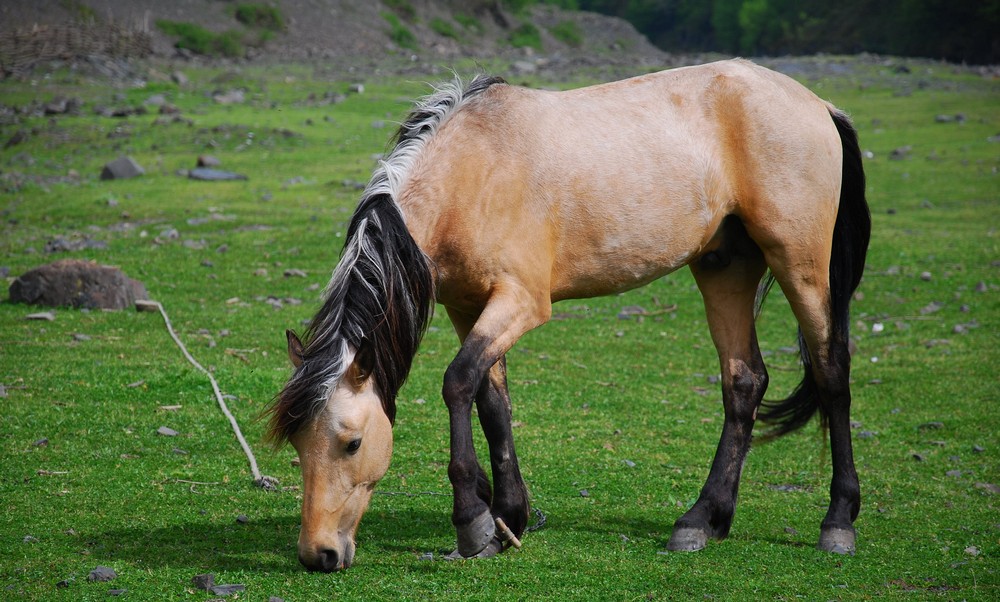 Arif told us we would find a trail that would lead us along a hill above the riverbed and on to the river that we initially traveled in on. We thought it would be obvious. It was not. In lieu of a trail we decided we would just follow the river. Easy, right? Wrong. The river was a bit incorrigible when it came to maintaining a steady course and was prone to skirting cliff walls thereby cutting off our access. Because of this we were forced to adroitly make a few river crossings by skipping from stone to stone. In the beginning that was fine but the water became deeper and faster at crucial junctures. This necessitated a few exploratory expeditions on my part in order to discover a suitable crossing point. As dry footwear and clothing were foremost in my mind I conducted reconnaissance in my boxers. So there I was frolicking in the icy waters of the Azeri wilderness almost naked in hopes of finding safe passage across the fast moving waters. Unfortunately, I was rebuffed.

We made another attempt at finding the trail. No luck. At this point, nearly two and a half hours into our crossing attempt, it appeared we would have to cross the friggin river come hell or high water (pardon the pun). I found this prospect to be rather uninspiring (we also had the option of returning to Arif's but felt this would be our last resort). Before executing another mountain strip tease I decided to give finding the trail one more shot by inspecting the cliff's edge we thought too steep and treacherous to be the trail. We were wrong. We were idiots. Not only did we waste almost three hours trying to unnecessarily cross a river, we had actually walked within ten feet of the trail that Arif had told us about in exactly the place he said it would be. Oops.

So we made it to the juncture that would eventually lead us back to Zaqatala. How, specifically, we were going to get there was still a bit of a mystery. It was too late to keep moving so at this point we'd resigned ourselves to another night in the tent. Our goal was to catch the same vehicle that had brought us in, a vehicle we were told by everyone and their mother would be leaving the village we started in and bound for Zaq at 8 am in the morning. Either that or be forced into more river crossing fun. So there we were with no clue as to when and if a vehicle would show up, how long it might take us to walk back to Zaq or if it was even possible. Add on a dwindling supply of food and water and you have a good time. Not to say we were in any sort of panic as we were sure we would emerge from the area eventually but then again……….. 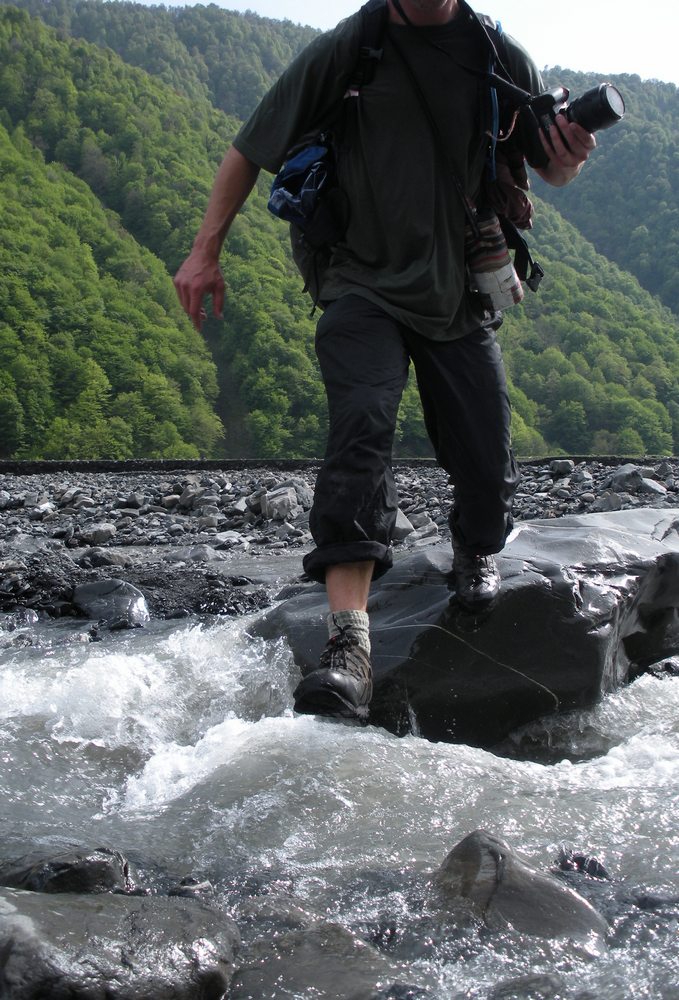 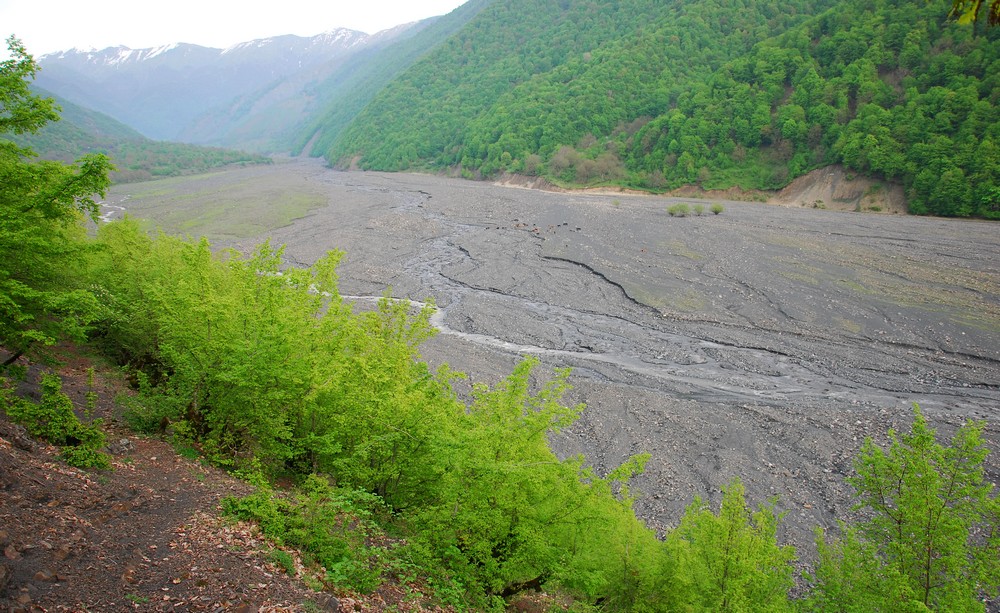 "A life spent making mistakes is not only more honorable, but more useful than a life spent doing nothing" - George Bernard Shaw
Posted by Rich at 8:14 AM