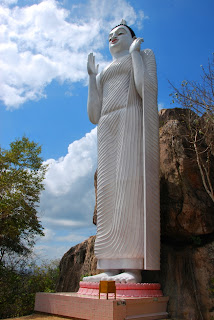 Aug 19th 2009 - What a difference two days makes. This day was excellent for five reasons: I am in Sri Lanka. I have a motorcycle. I made a wrong turn. I saw monkeys. I have a motorcycle. Left Puttalam this morning and headed to the ancient city of Anuradhapura. Never underestimate my ability to become disoriented. The roads are well marked but somehow I missed a turn.


It was a great unintentional move. Traffic was light, the backdrop scenic, and the weather pleasant. Much of the road I was on is covered by overreaching tree branches forming a natural tunnel. I passed open marshland, Buddhist holy sites, slow moving serpentine rivers crossed by ramshackle bridges, roadside fruit vendors, and a surplus of smiling faces. The road was a bit uneven but this only enhanced the effect. Having dirt bike suspension was a bonus. I did pass more than a few police checkpoints but was ushered through with a smile and a wave every time.

While driving along I happened to notice a rather large statue of Buddha situated near a rock face and was compelled to investigate. The area near the statute is the site of a small monastery. I wish I knew more about the significance of what I saw but I must confess my ignorance.

As no one appeared to speak English I was forced to remain in the dark. The modest complex has the rock formation on the right decorated with a 40 ft (guestimate) Buddha and other smaller red monk-like figures at different points along the rocks. There are also different areas for worship and habitation strewn about the grounds. While I was attempting to capture a troop of local primates on film there were some worshipers chanting in unison to the lead of a small boy (monk in training I presume). It is the same boy you see in the picture below that was busy with a lesson when I arrived. There was a serenity and warmth to the place that I found most endearing. 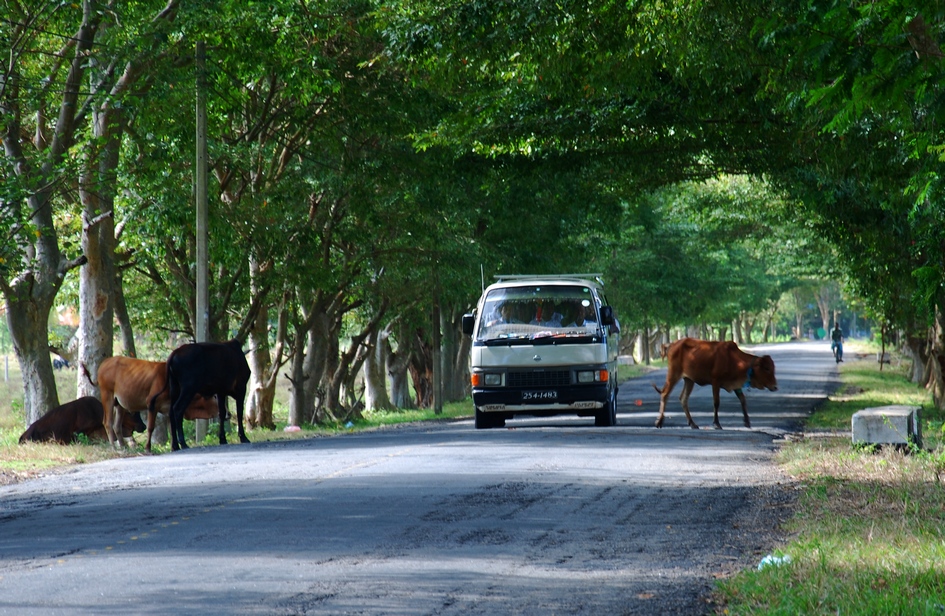 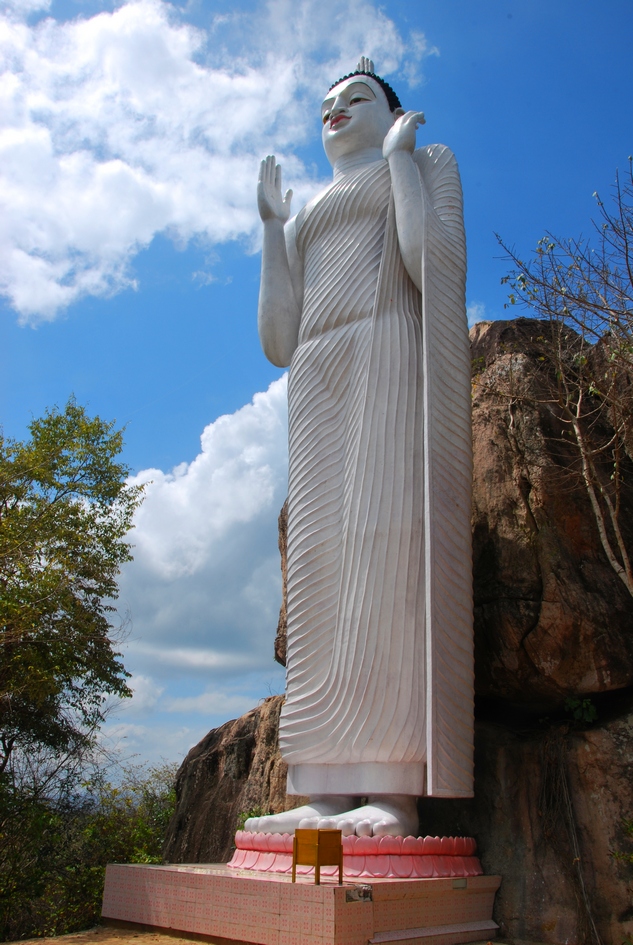 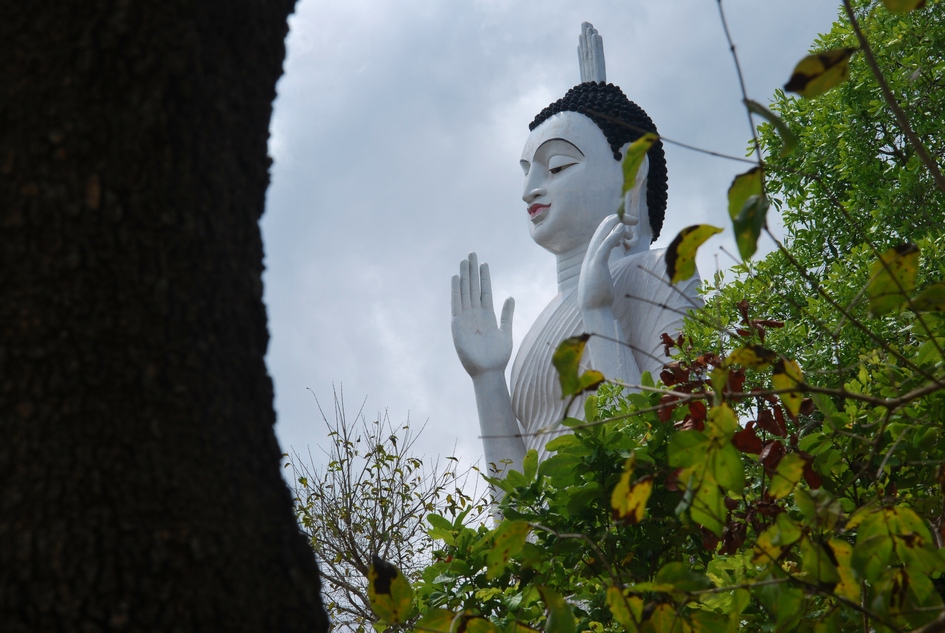 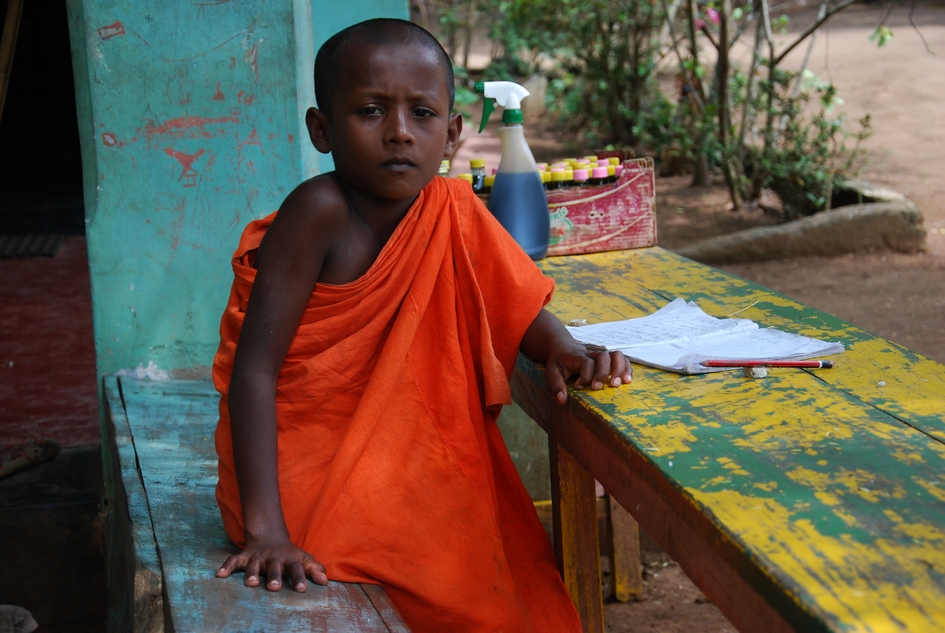 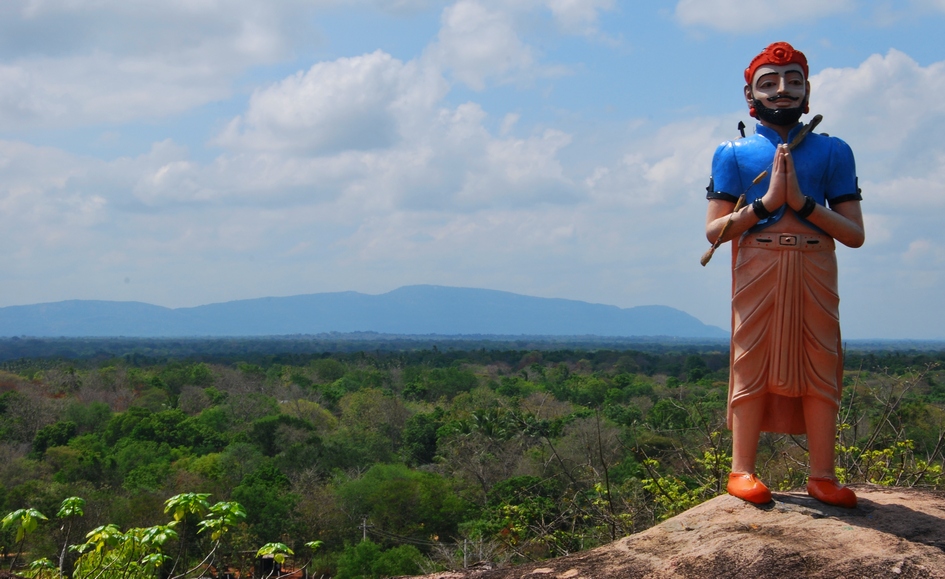 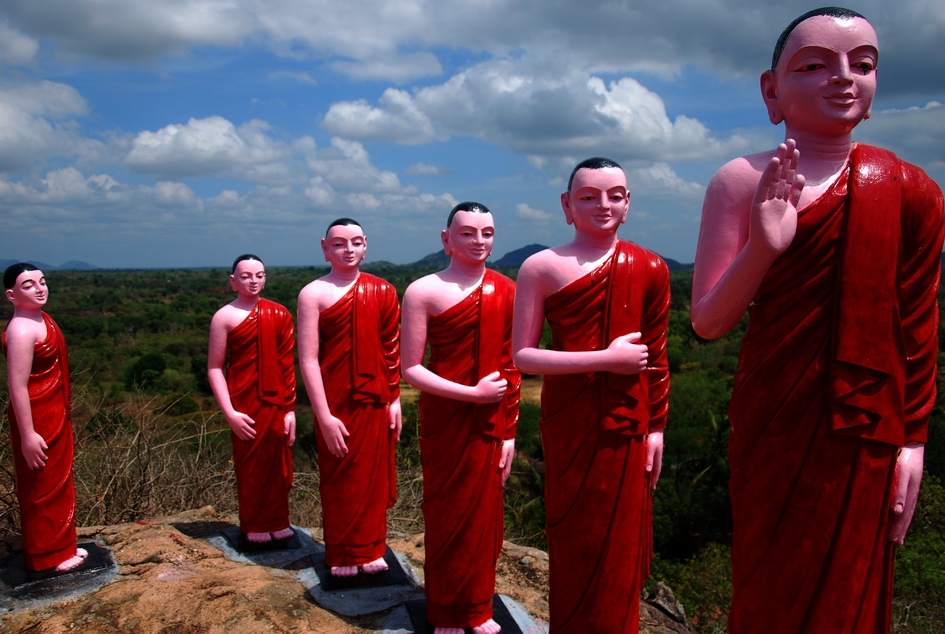 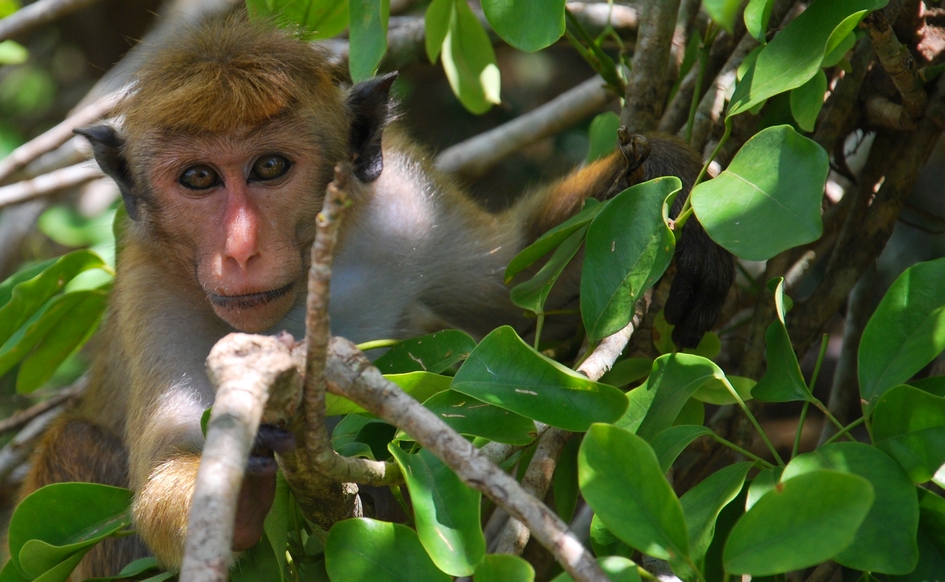 At point along the route I noticed a local fisherman at work in the remnants of a small river. Intrigued by this I stopped for a spell and watched him in action. The river was quite low which provided a distinct advantage (fewer avenues of escape for Nemo and the gang). 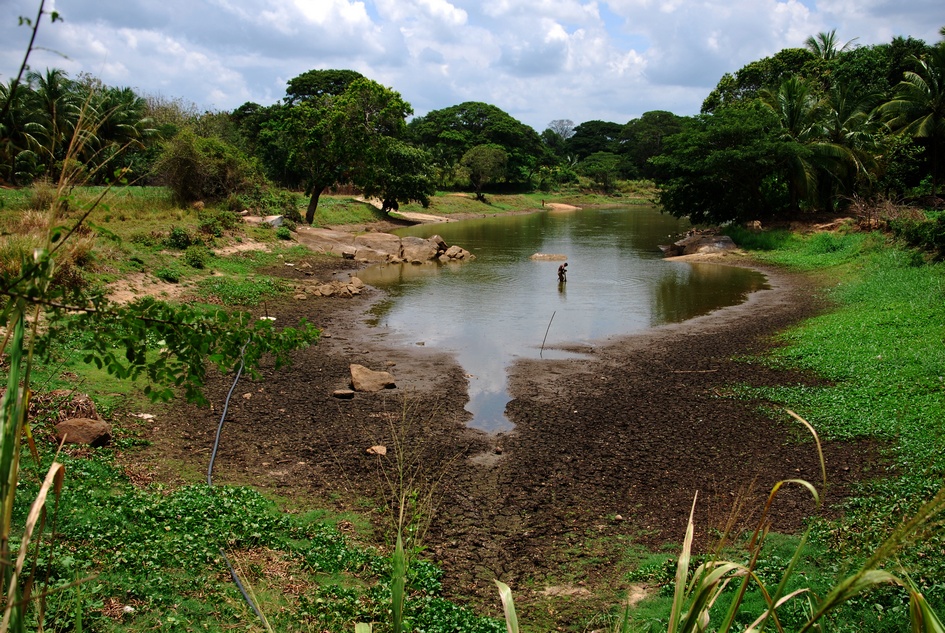 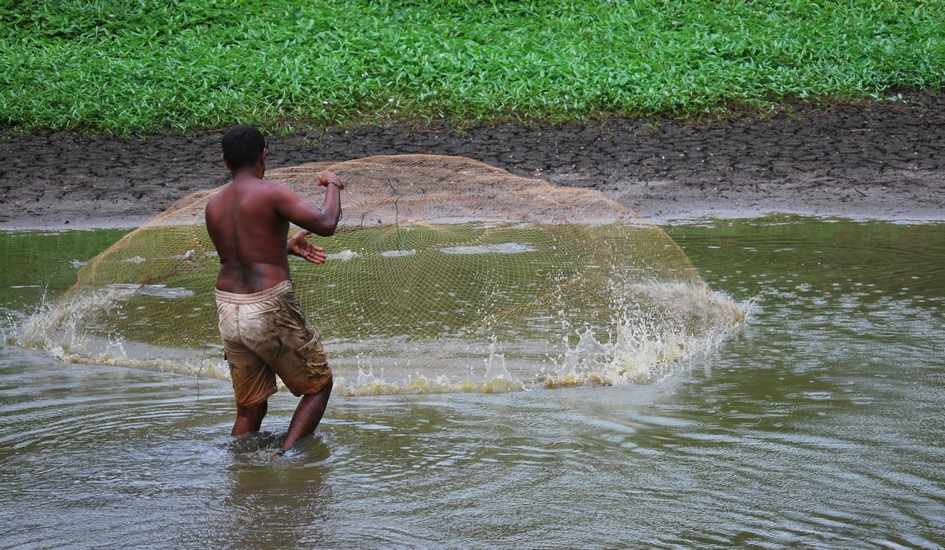 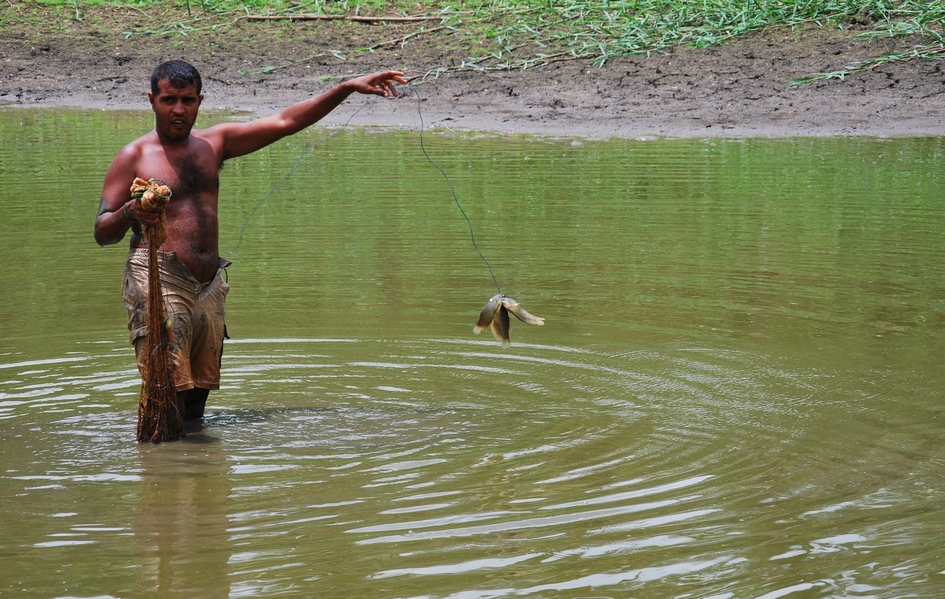 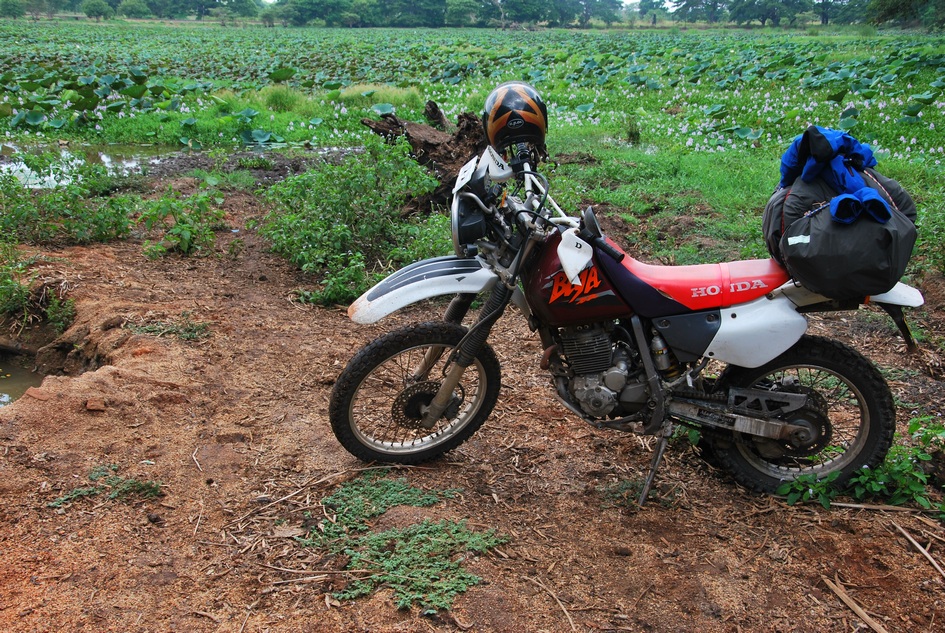 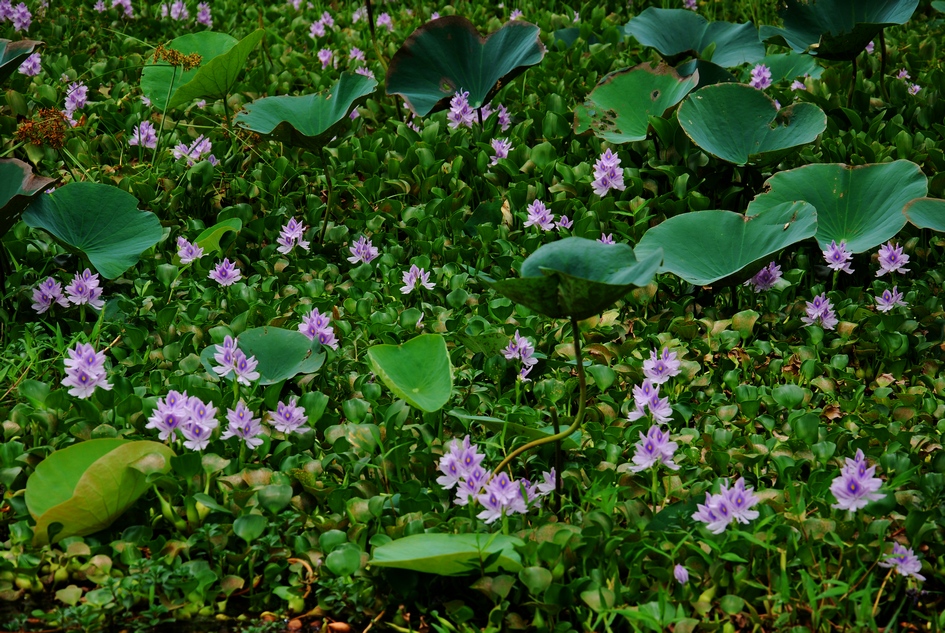 Not long afterward I arrived in Anuradhapura, found a hotel and decided to go for a spin. Anuradhapura is a fascinating place. In the spirit of brevity allow me to plagiarize:

‘One of the ancient capitals of Sri Lanka, famous for its well-preserved ruins of ancient Lankan civilization. The city, now a UNESCO World Heritage Site, lies 205 km north of the current capital Colombo in Sri Lanka's North Central Province, on the banks of the historic Malvathu Oya. From the 4th century BC, it was the capital of Sri Lanka until the beginning of the 11th century AD. During this period it remained one of the most stable and durable centers of political power and urban life in South Asia. The ancient city, considered sacred to the Buddhist world, is today surrounded by monasteries covering an area of over sixteen square miles’ (Wikipedia).

My intent was merely to familiarize myself with the area so when I head out tomorrow I could make more efficient use of my time. It was not what I expected at all. Everything is quite spread out and there are villages all throughout the ancient city. People move about freely within the ancient landmarks. Although it is fairly well marked it is not so difficult to get confused (or perhaps it is not so difficult for me to get confused). I had a small map but it was of little value. I might be cartograhically challenged but something was definitely not right with this map which led to more than a little frustration. I thought you needed a ticket to view any of the sites within the ancient city but such is not the case. I guess some of the ruins are just too spread out for any type of control.

I happened upon the remnants of an ancient stone bridge right on the edge of a river. An extremely picturesque little place. I was not the only who thinks so as when I arrived there were four locals fishing off the bridge. It was a rather curious and gregarious group of young Sri Lankan men. We had an interesting conversation which led to the exchanging of e-mails and phone numbers. I was asked if I wanted to live in Sri Lanka permanently. I pointed out that since my visa was only good for one month this was a moot point. No problem. Simply marry a Sri Lankan woman (one of my new friends could set me up) and my visa problem would disappear. And if the woman did not turn out to be my soul mate this too was not a problem. Just get a divorce after a year or so and all would be well. Guess I’ll have to think about it. 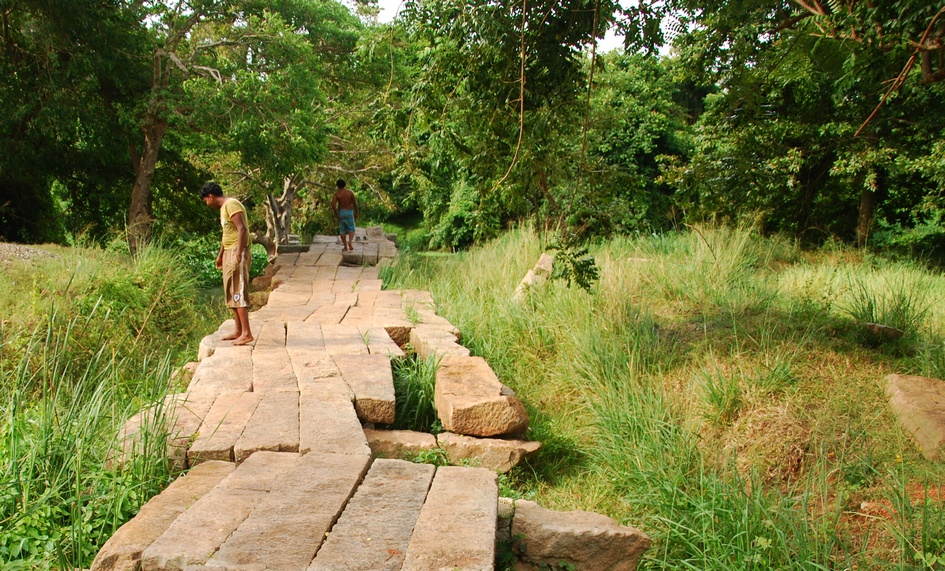 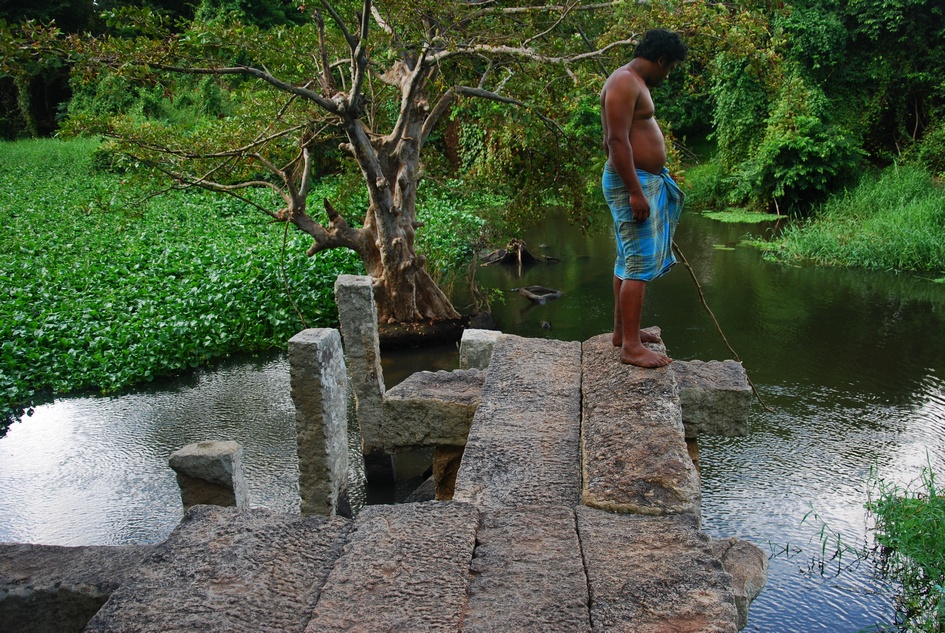 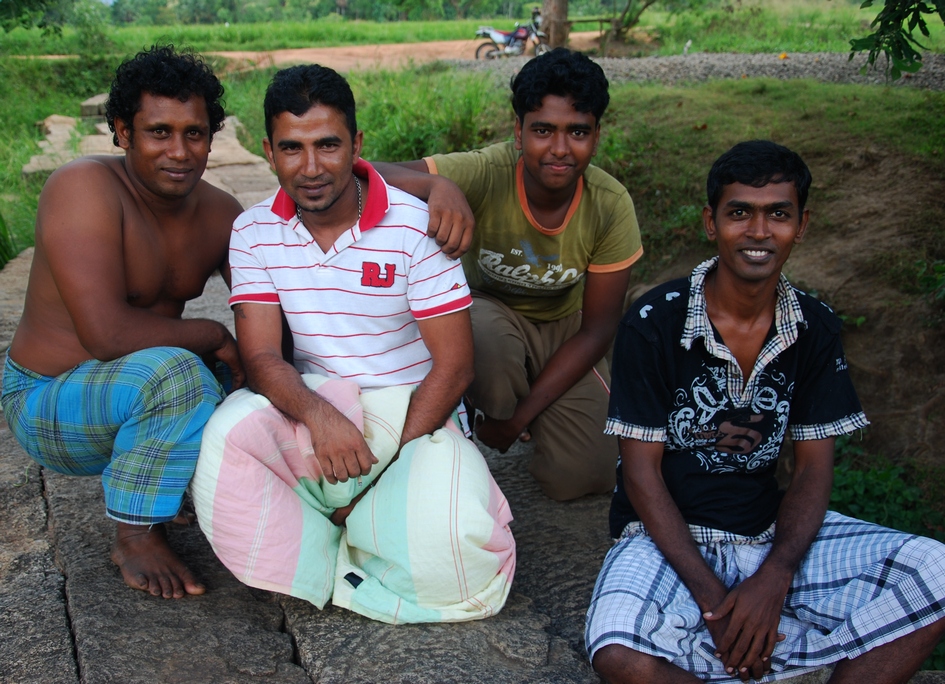 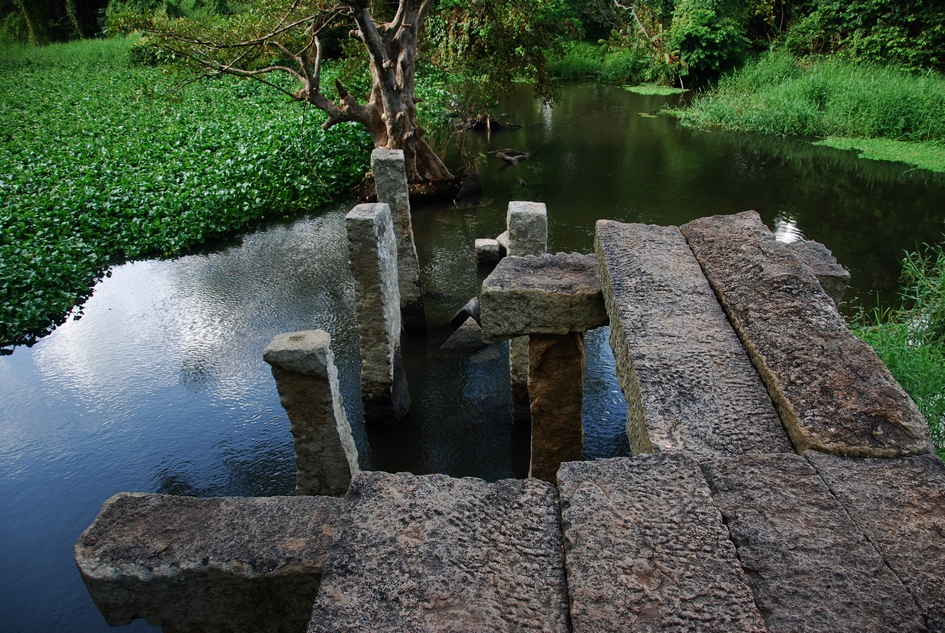 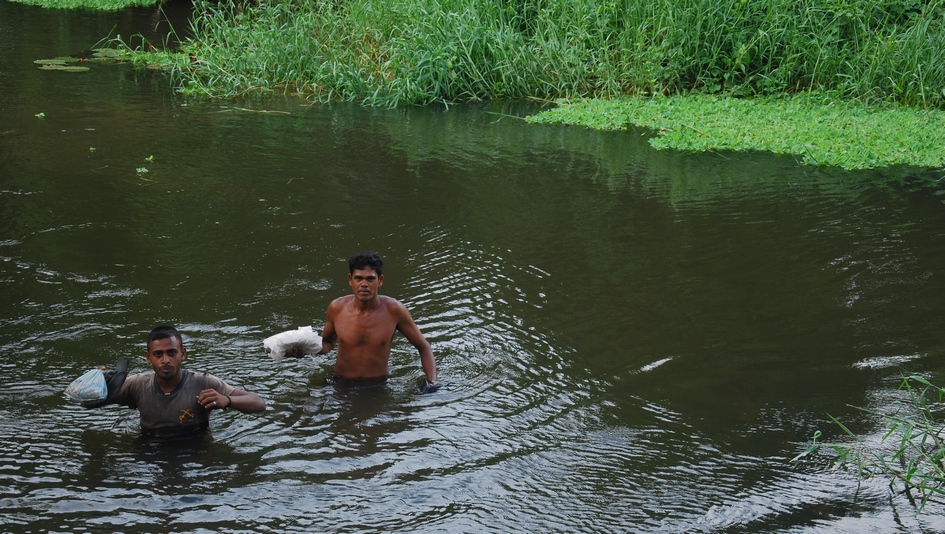 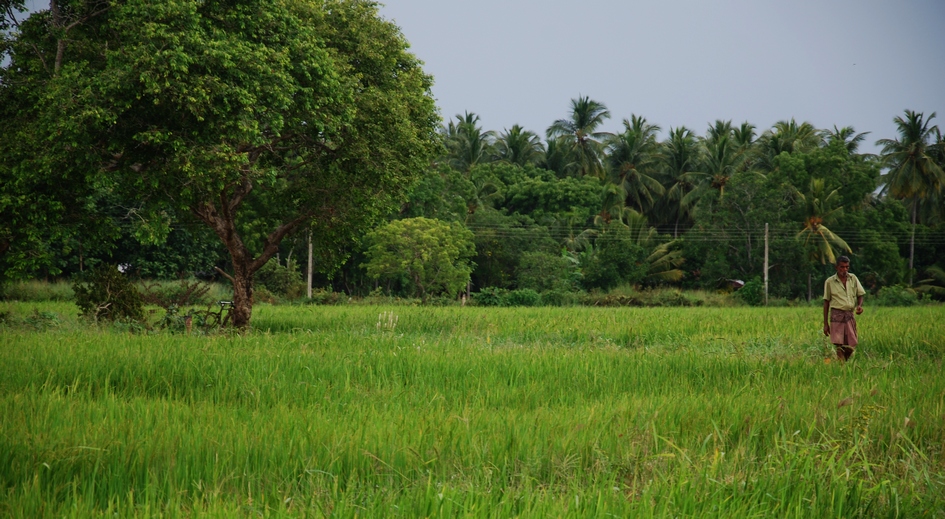 Whenever I ask locals about the security situation in Sri Lanka they behave as if the mere suggestion of danger is ludicrous. The war is over. All is well. Game on. Want to drive to Jaffna? No sweat. Sure you might have to go through a ton of military checkpoints but that is par for the course. Have fun. Bring the kids. Stop worrying.

The rest of the afternoon was spent trying to figure out where the hell I was and how to get back to where I started. Due to the language barrier questions rarely yielded any useful information but one gentleman did say I had an old map. Good to know. So tomorrow I rise before dawn and do a little archeology. It should be a hoot.
Posted by Rich at 9:54 AM