August 13th, 2009 - I have been in KL (Kuala Lumpur to the layman) for just over a day. I scored a one way ticket from Bali for $80. Super. Not sure I will make it back to Indonesia but I am hoping that someday I will see my Indo pals again. One of them is getting married next year so you never know. Problem is I cannot plan a day ahead of time. I bought tickets to Sri Lanka a whole week ago which went against the very fiber of my being. Talk about commitment issues.


Before I bid Indonesia adieu I will relay one more random tidbit. I went to the post office in Ubud, Bali to mail a package home. They were renovating and a sign out front read, “We Apologized In Order Our Office Renovation Your Comfortable Will Disturbed.” I turn into a real grizzly bear when my 'comfortable is disturbed' but I found a way to persevere. And just for the record I give my package about a 30% chance of finding its way. [Author's Note: It actually made it.]

My first day in KL was spent at the large Low Yat Plaza, a technophile’s wet dream. Computers, phones, cameras, and more computers. Seven floors of digital bliss. Shopping is right up there with having my toenails pulled but I had some things to do. First and foremost I was hoping to get my external hard drive repaired or at the very least retrieve my data. Wish in one hand, shit in the other.

I went to about five or six different places and was shot down at each. The drive is physically broken but these shops were dead set on trying a software solution. You don’t have to be Bill Gates to determine how it went. A gentleman at the last place summarized my plight quite succinctly after I suggested that my drive might be dead. With his heavily accented English (from Pakistan I believe) he looked me in the eye and stated, “It’s not just dead, it’s deadly dead.” I laughed till I nearly soiled myself.

I was also looking to buy a bigger camera lens with a bit more zoom. After going to every camera shop in that God forsaken place I finally made my purchase. I haven’t a clue how the individual shops inside a mall like this (there is a similar mall in Singapore) make money. They are all basically selling the same merchandise for roughly the same price.. My mind is boggled. I inquired about this phenomenon but no one seemed to understand the question. Perhaps, therein lies my answer.

While waiting for a shop to analyze my hard drive I happened upon a hair salon and as I was beginning to look a bit forlorn decided to have a trim. I opted for the trim and shampoo because like I’ve said many times I am worth it. The shampoo portion entailed a young effeminate Malaysian male with a funky haircut (let’s call him Shampoo Boy) soaping up my noggin with waterless shampoo and massaging the poop out of my head and neck. Actually, ‘masturbating’ my head and neck might be a more apt description. I felt a little bit violated but cannot deny the relaxing grip of Shampoo boy’s magic hands. I almost fell asleep.

Sure, I felt a little dirty afterward but it’s not like I asked for his number. When he was done a woman came over to do the actual trimming. This place is a well oiled machine. The rest of the experience was uneventful save the end. When I was just about finished another young Malaysian male with a funky haircut (I’ll call him Assistant Shampoo Boy) came and sat in the chair next to me and started to stare. When I replied ‘No’ to the question from my stylist as to whether I wanted hair gel Assistant Shampoo Boy started to mock me by repeating, “ Naah-oh, naah-oh” and looking at me like he’d just received a weekend furlough from the ‘home’. After I walked away he started to blow dry his head, which was not actually wet. Perhaps, he was trying to strengthen his ‘poof’ factor. No clue.

The cab drivers in KL refuse to use their meters which is really starting to piss me off. One guy claimed that it was cheaper without the meter and turned it on to show me this was the case. But as he did this he reprogrammed it (right in front of me) to reflect a higher fare so at the end he could look at me with that ‘Seeeeeeeeee, told ya!' expression on his face. I’ve seen fire and I’ve seen rain. He made me a believer. WTF.

I find something inherently unsettling about having to pay to use the bathroom but such is the reality in many public places. However, when you install turnstiles to ensure payment perhaps things have gone a bit too far. But then again, who the hell am I . . . really? 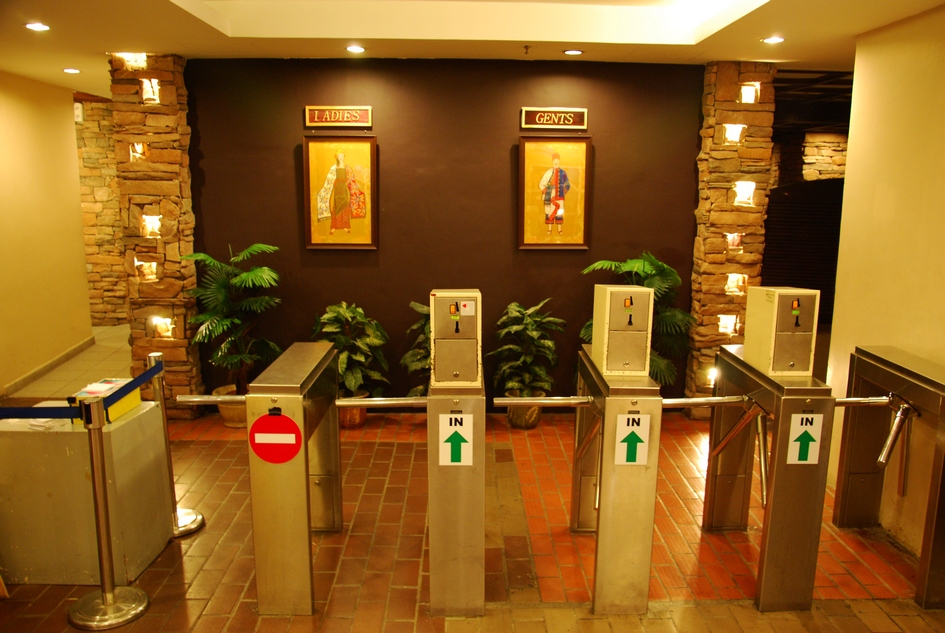