July 29th, 2009 - What the hell have I been up to? Well, not a whole lot. I made it to Bukit Lawang, a jungle town lying on the edge of Gunung Leuser National Park. When you get past the main area of town (which is a bit of an eyesore on the Bohorok River) it is actually a pleasant spot to dawdle for a spell. The main attraction is the orangutans as there is a rehabilitation center here. The area contains wild and semi-wild orangutans (i.e. rehabilitated). It is possible to view park rangers feed some every day at 8 am and 3 pm. The most popular tourist activity is a 2 day, 1 night trek into the park in order to spot some of the wild orangutans.

I have been here 4 days and have yet to embark upon this journey. I decided to wait a few days in hopes of determining the best option for having the most authentic experience possible. To be honest the normal trek has a bit of safari park feel to it. So far I just have not been able to decide. After my experience in Kerinci National Park I fear this may pale in comparison. Not that this is park is not remarkable. It has many of the usual suspects and a few I was not aware of to include tigers (approx 100), rhinos (maybe 10 left), 3 types of primates, elephants, a species of crocodile, golden cats, clouded leopards, and, of course, a crapload of birds. As always the challenge is to be able to spot these amazing creatures and to do so without feeling like I am in some sort of elaborate zoo. From what I can tell there are many groups trekking in the jungle on any given day. 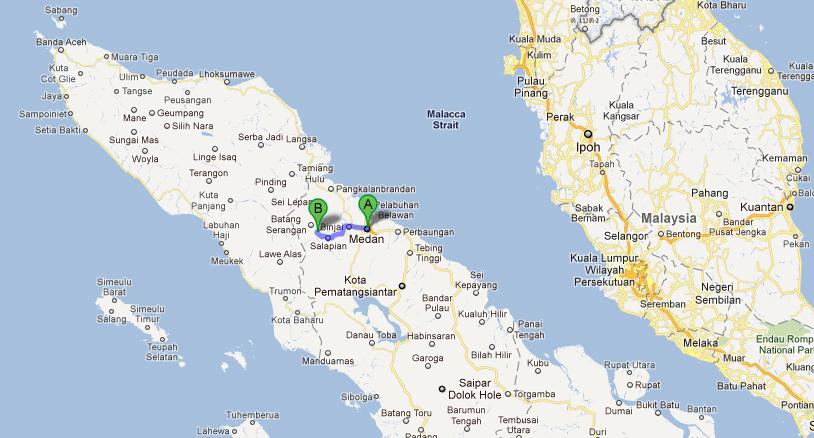 So what have I been doing? Swimming, taking short walks, watching a feeding or two, chilling, listening to the sound of the river and staring off into oblivion for long periods of time. Sometimes there is something a bit liberating about leaving your camera behind and just having a look. Then again, whenever I do this I seem to miss an amazing photo opportunity. My first morning here was no exception. My bungalow is close to the feeding station and a five minute walk will get you to the point at which to cross the river to the ranger station. I had already missed the feeding time but decided to take a walk up there just to see what I could see.

Access to the park entrance is controlled by a boat tied to a line that is used to get folks across the river. The river is narrow and shallow but deep enough here to warrant the boat. As I stood on the bank of the river looking at the park office a female orangutan with child clinging for life came shimmying across the wire from my side and worked her way to the other. Amazing.

And if that was not enough while I was standing just beneath the wire I was startled by a second orangutan that approached from behind and crossed the line, dangling underneath while using hands and feet to shimmy it across. Damn it!!

On the other side tourists had emerged from the jungle after the 8 o’clock feeding just in time for the arrival of the three redheads (this turned out to be fortunate as none of them showed up for the feeding). When I saw the baby holding onto the branch of a small tree and bouncing up and down as if attached to a bungee cord I decided I must get to the other side. The park officials were reluctant to let me across because the feeding time was over and the entrance ticket I was obliged to pay was only going to be valid until that morning. I sucked it up and paid the $2. I figure I can work it off when I get home.

The baby continued its tree bungee exhibition while the mother looked on without a hint of concern or interest in the kid or us for that matter. Off to the right the young male was busy doing summersaults and donning half a coconut shell for a hat. You’d think someone had choreographed the whole thing and squawked, “cue the orangutans” just as I arrived.

I returned to the restaurant where I had breakfast to find that an orangutan was just on the edge of the river on the other side opposite where I stood. I did the only thing I could, I bought a beer and swam across the river (more like waded really) and sat on a rock sipping beer and having a one-sided conversation with Bob (the name just felt right). Bob and I had a staring contest which I won, of course. There was a person behind those eyes, thinking, pondering, calculating. What was he thinking? Well, my guess he (I’m guessing he) was probably coming to the conclusion that only a lunatic/alcoholic would swim across the river in order to sit on a rock and stare at him while drinking beer at 11 am.

That afternoon I did tag along for the 3 o’clock feeding. As it turned out a single pregnant female showed up for a little grub. There is something so primordial about watching an orangutan drink a banana milk mystery concoction out of a plastic mug (picking up my sarcasm?). I did not get a good picture as the others in the group were a bit hoggish with the prime viewing real estate. I just do not have the energy to jockey for position. The afternoon was not a total loss as I did manage to convince the preggo female to piss on me as she moved about in the trees over my head. Nothing like a primate golden shower to break up the afternoon.

Yesterday, I did a bit of tubing. It is possible to rent an inflated inner tube and lazily float down the river while braving class zero rapids. After I acquired a suitable floating apparatus I took a bit of a hike upstream in order to stretch out the ride. I encountered some other folks that had paid for a short tubing excursion with guides. The guides warned me that it was raining upstream and that the water was going to rise making it a little bit dangerous. I took their advice to start from where I stood and head downstream. I did not beat the rain which turned into a semi-furious downpour. I am not going to say that the river became dangerous but it did rise a little and there is always the possibility of trapping one’s foot on a rock or falling over and bumping one’s head.

Ever float down a river in a downpour? There is something mystical about the experience especially when you are alone and the river happens to have jungle on both sides. I was hypnotized by the dancing raindrops on the surface of the water, the minute splashes that make it appear as if the nipple-like shapes protruding from the water were a permanent component of the texture of the water. The sound of the falling rain, the sound of the fast flowing water has such a profound effect upon me. It sedates, it tranquilizes while at the same time making my skin tingle with a subtle form of invigorating energy, the kind you only get in a natural surrounding. That is my sanctuary, my solace from whatever thoughts may be swirling in that confused mass of overanalyzing gray matter I call a brain. Serenity. Calm. Tranquility. I find all of these in the rain, in the fast flowing waters of a stream. For me there is nothing more beautiful. So at one point I stood there for awhile, motionless, and let the water rush between my knees and cascade over my skin. Magnificent. You don’t need mushrooms to feel the intensity of life, you just have to find the right viewing station.

The nights tend to fade away to the sound of guitar strings (every young Sumatran and their mother plays the guitar around here) and dim wind-blown candle light (electricity is a bit unstable). I lay back and stare into nothingness and let my thoughts take me to a place of their choosing. I drift in and out of consciousness and enter a quasi-meditative state. I have absolutely no idea what time it is nor do I care for that matter. Maybe I’ll do a jungle trek tomorrow…..or the next day…..or the day after that…… 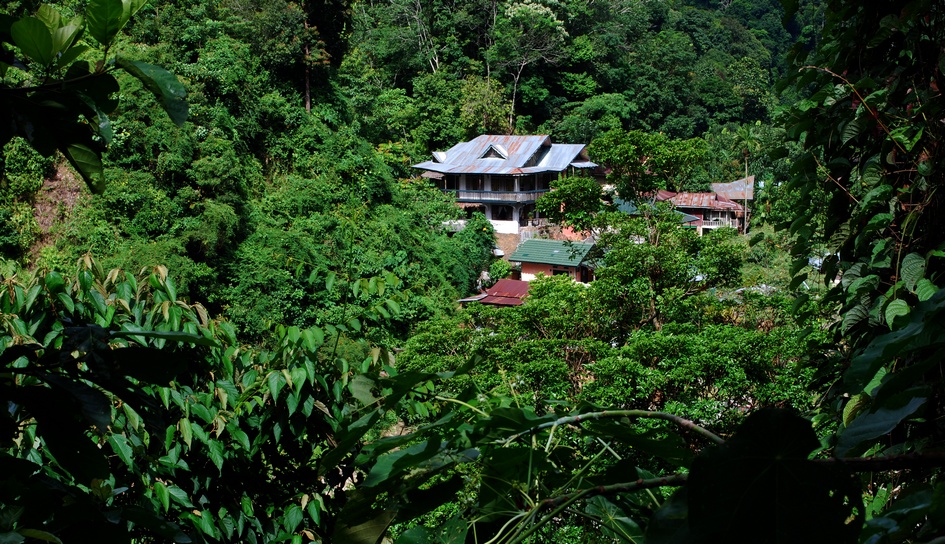 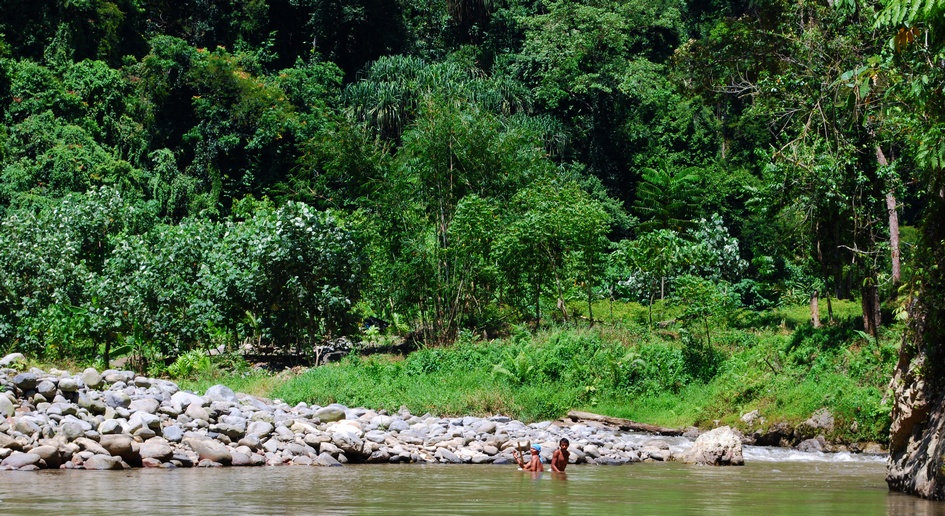 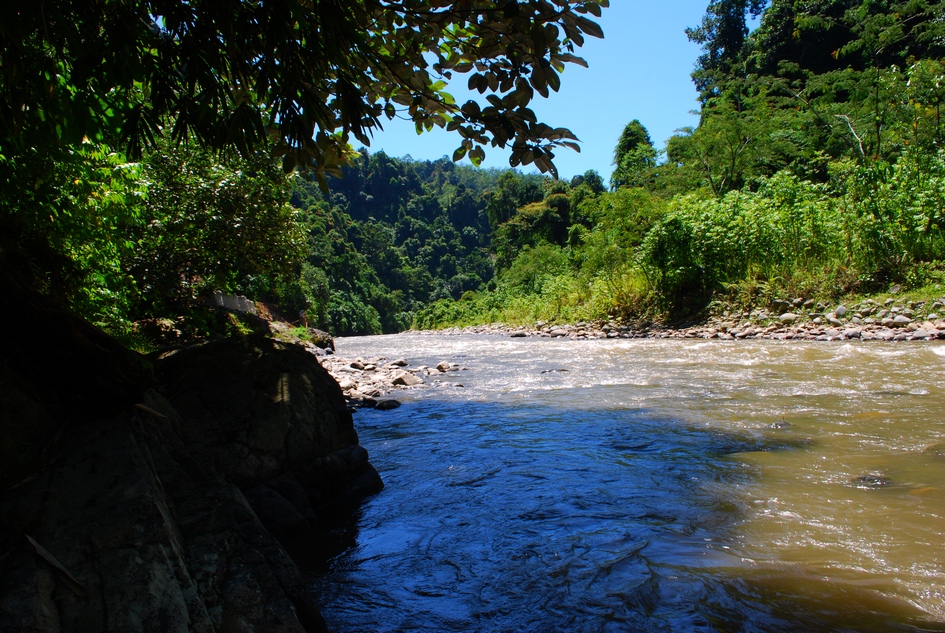 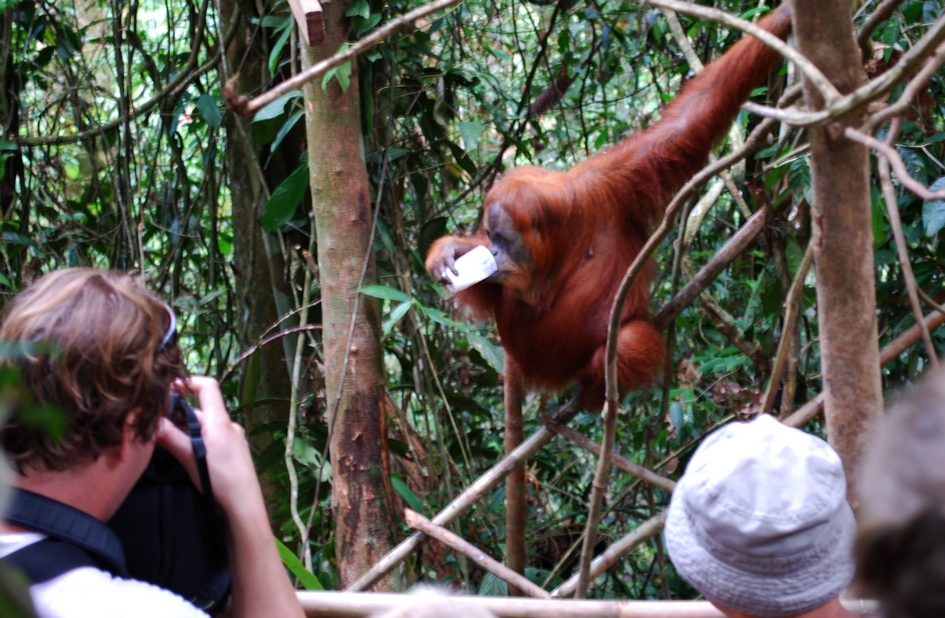 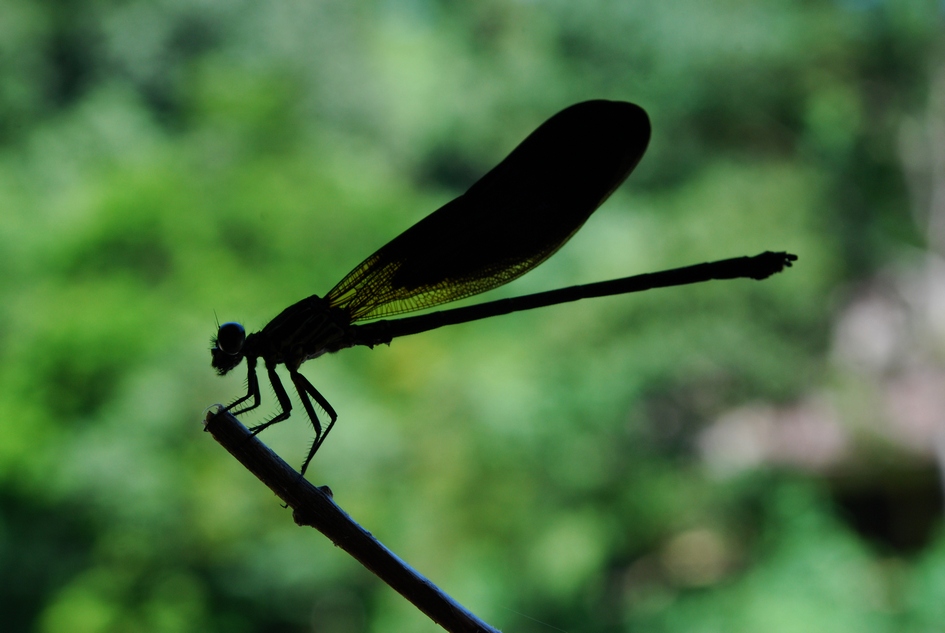 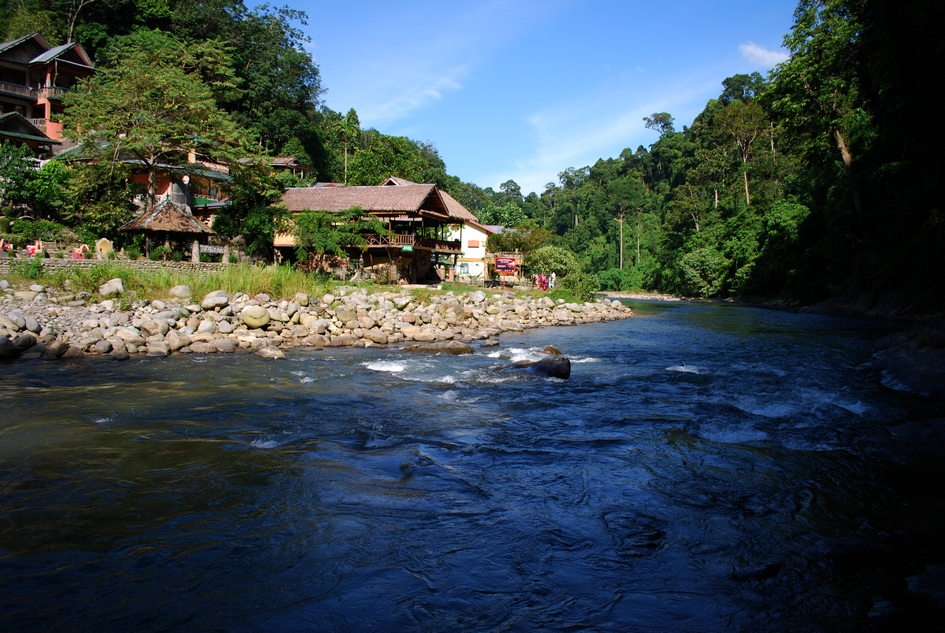 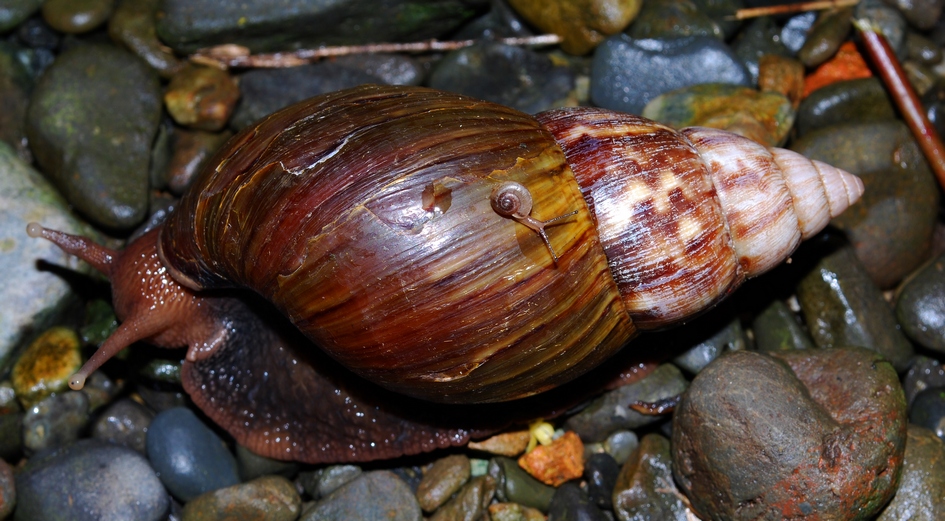 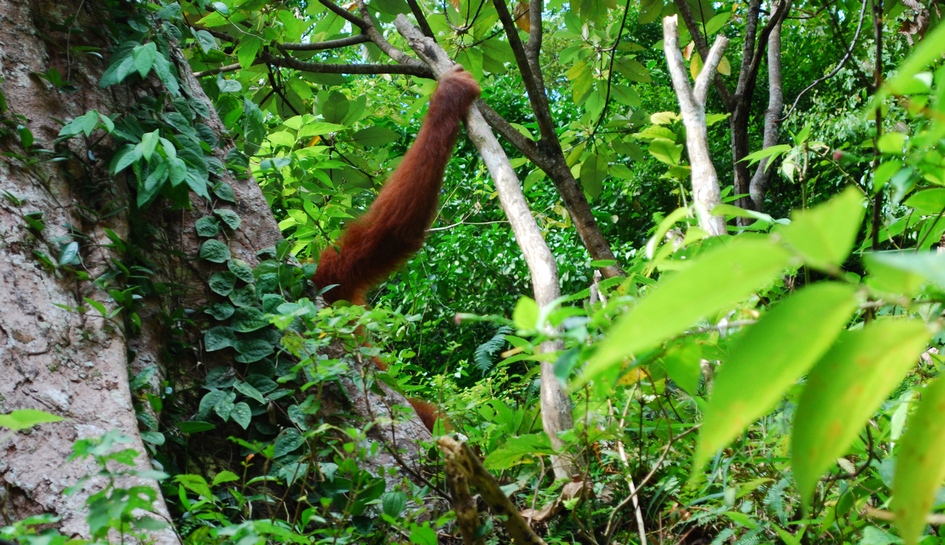 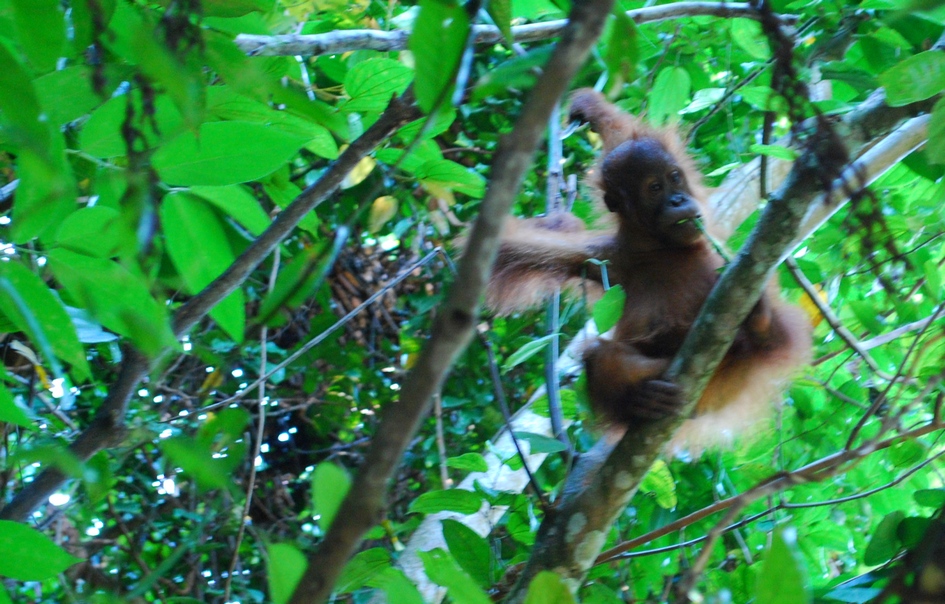 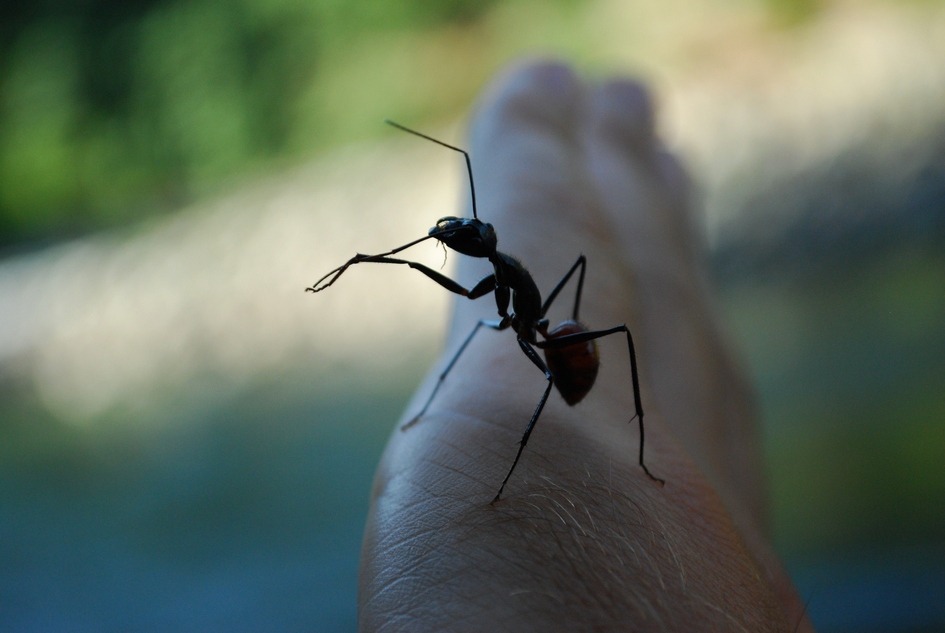 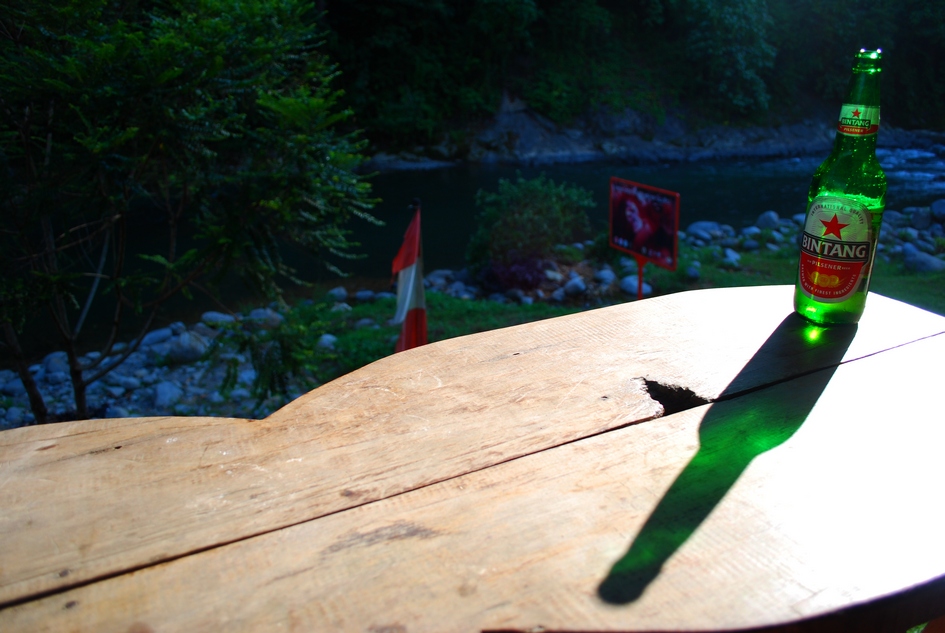 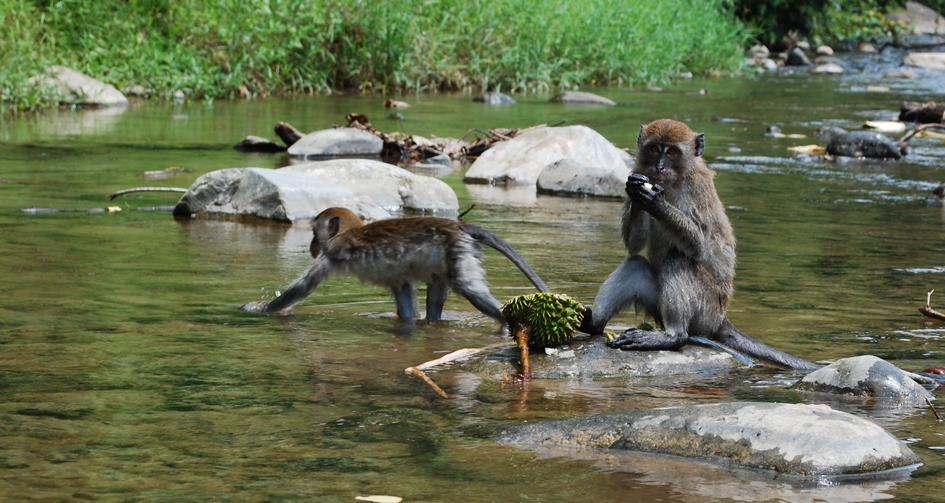 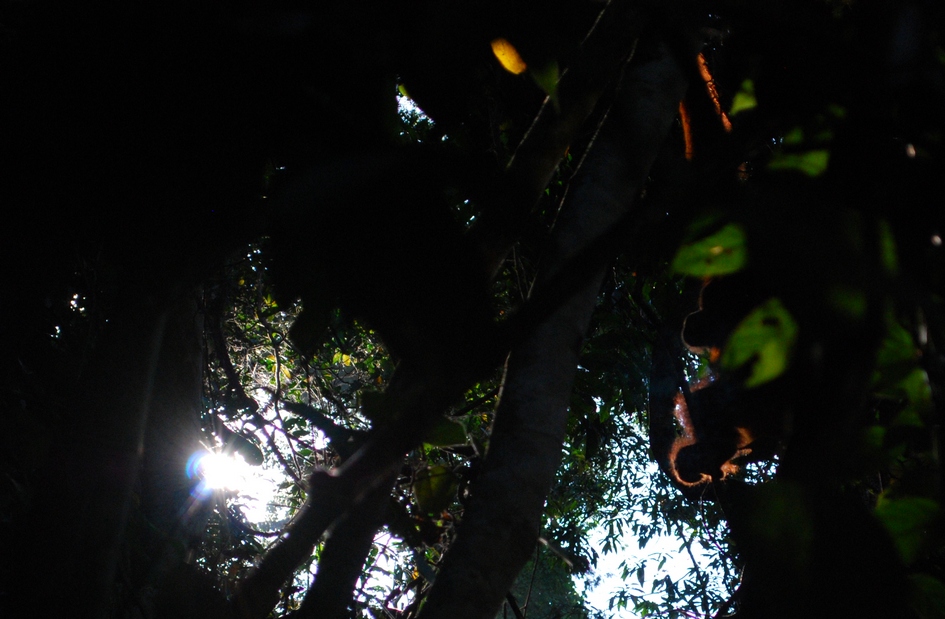 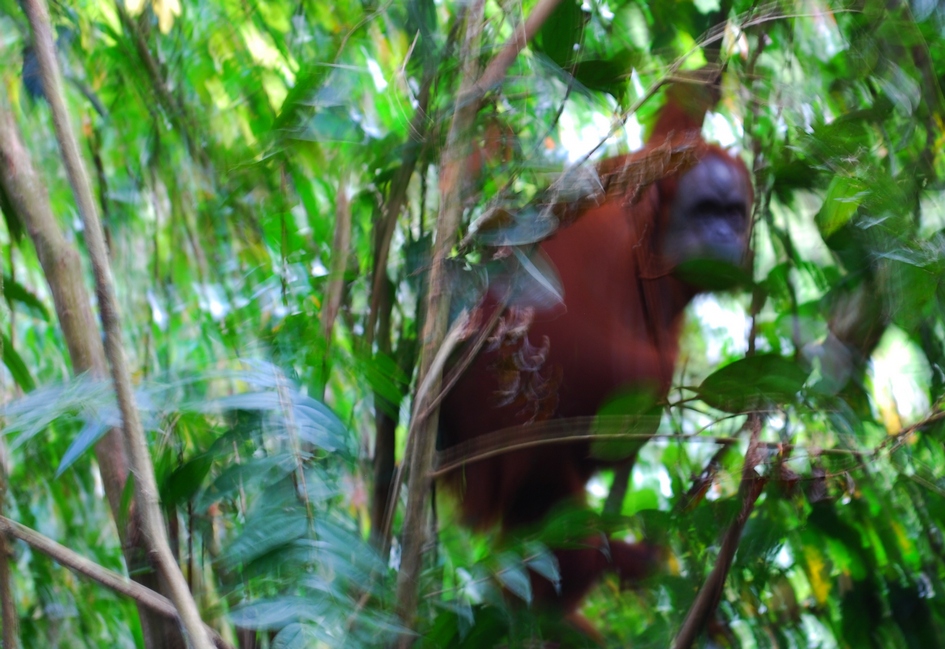