I am starting to have a rough idea of what it would be like to be famous. Not five minutes after sitting down in a restaurant I was surrounded by four young Indonesians (three males, one female). One of the males politely asked (in English) if him and his friends could join but before the ‘y’ in yes escaped my lips I had three new friends.

Not two seconds after they sat down a young female came to our table and pulled up a chair next to me. She was very sweet (nice eyes, pretty smile)....and hellbent on getting a photo. She handed her camera phone to one of the gents and the photo session began. One photo was taken with her standing and me sitting but she decided that this did not properly showcase my mutanthood.

I was ordered to stand so a more accurate representation of our height discrepancy could be obtained. She thanked me and went back to her table. I am fairly sure she never took her eyes off me right up until she left. Of course the males jumped on the bandwagon and started their own photo session. The only thing missing was a request for an autograph.

After the photo session it was time for English practice. Mister, what your name? Where you from? How long in Indonesia? What your phone number? What your e-mail? Tell me your unforgettable experience in Indonesia? What your parents still alive? What job your parents? Do you have suggestion to effectively study English? How you understand problem with my English? How many days you stay here? I’m stay Bukittinggi. You come Bukittinggi? Want stay my house? When you come? I call you. Sorry for disturb you. I want come to visit country like America. You have girlfriend? What religion are you?


And then they were gone. It was like 45-minute whirlwind question and answer period, a little bit like a game show. I barely knew what hit me. I guess they had to catch a bus and head back north. Not really sure. When I paid the bill I ended up with two extra orders of squid. They apparently ordered, forgot, and then hit the road. Those crazy teenagers. It only set me back three dollars so I suppose I can find in my heart to forgive them. Before they left one of them decided that the photo he took previously would not suffice. He too wanted a full body shot to underscore the unique nature of my frame. Who am I to refuse? It is important to keep my fan base happy. 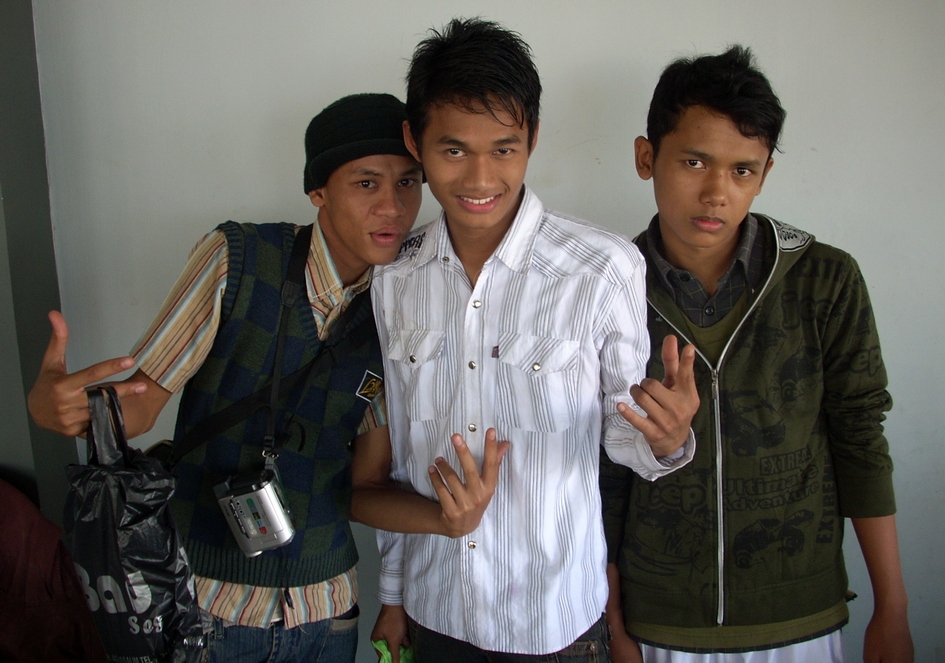 Yesterday I drove from Bengkulu to Mukomuko. Another seven hours of pooper numbing fun and coastal views. Today I found myself on the less traveled mountain road from Tapan to Sungai Penuh (where I had the above encounter). The road was less than ideal but nothing the Phantom could not handle. The reward was a winding isolated jungle pass with great views of the Kerinci Valley. I had intended to turn around but found it difficult to do so as the road begged to be followed. It was a good move. 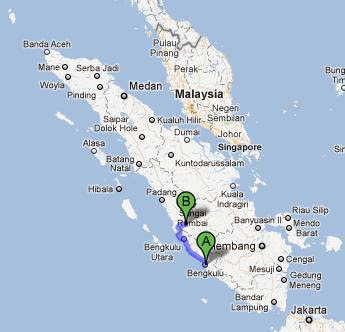 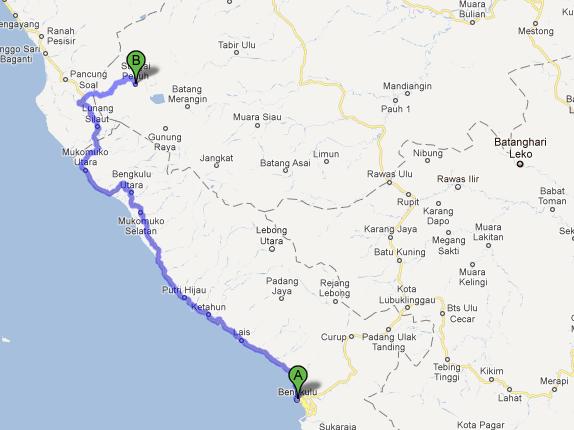 I am now in Sungai Penuh with an eye towards visiting Kerinci National Park, Sumatra’s largest. It might be a challenge as there is very little tourist infrastructure and much of the park is isolated in dense jungle. This isolation is had provided protection for the park’s flora and fauna (most notably rhinos and tigers.) I would like to catch a glimpse of some of the park’s treasures but, as before, this may prove difficult. I go to the park office tomorrow to research my options.

I had another run in with the police. They have an outpost on that semi-desolate mountain road I referred to above. They were motioning folks to pull over as they approached. This bule was no exception. I was once again invited into the office for a chat and once again I uttered not a word of Indonesian. I thought it was going to be another shakedown but luckily I was mistaken. They checked my paperwork and sent me on my way with the usual ‘Hati-Hati’ (Be careful) for good luck. This time I could not resist getting a photo. 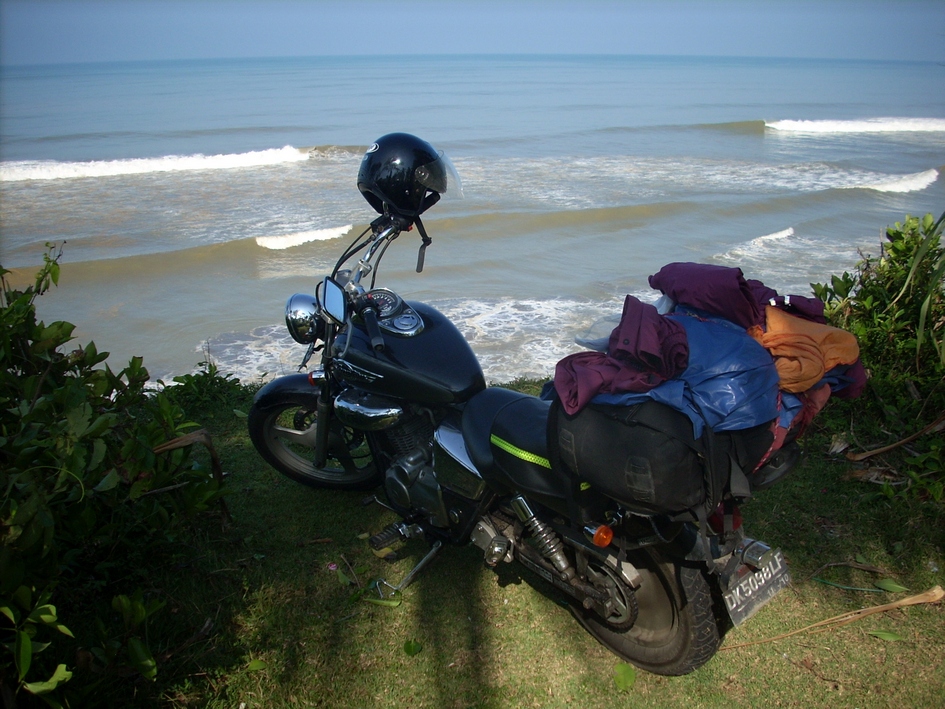 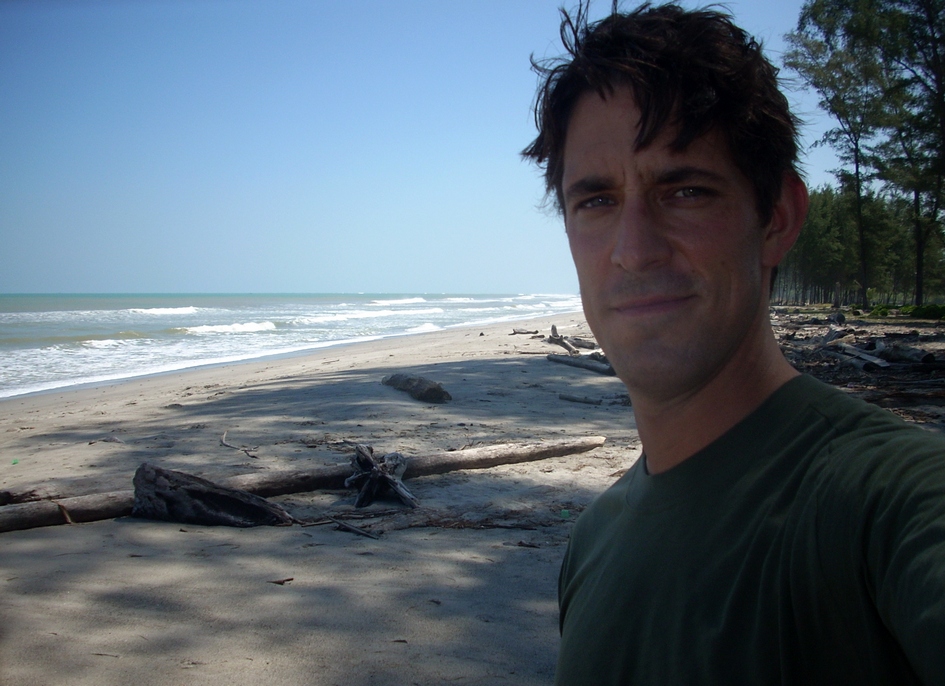 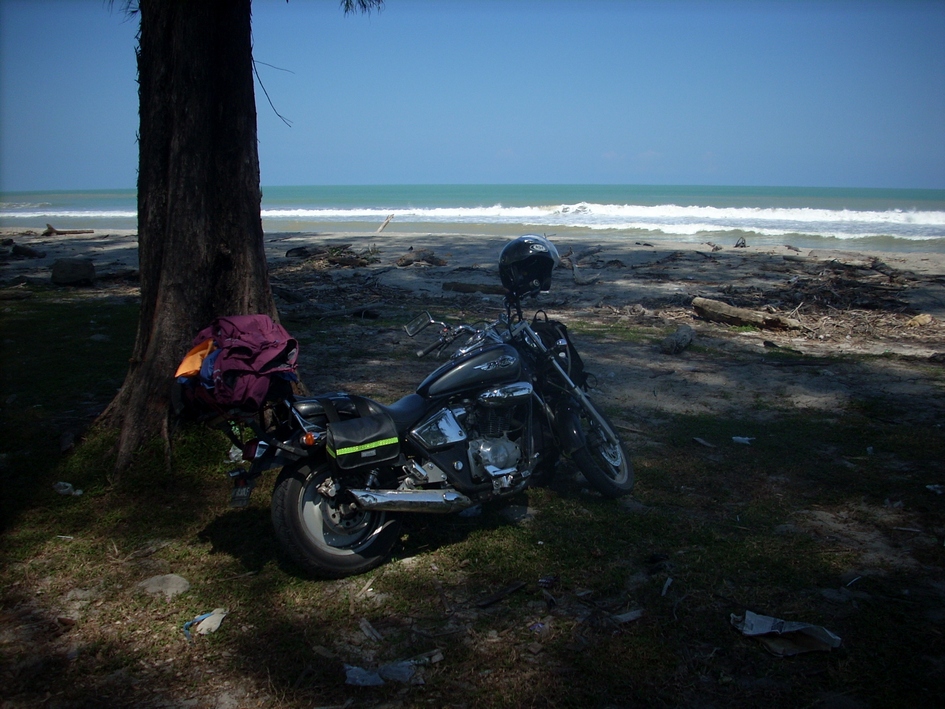 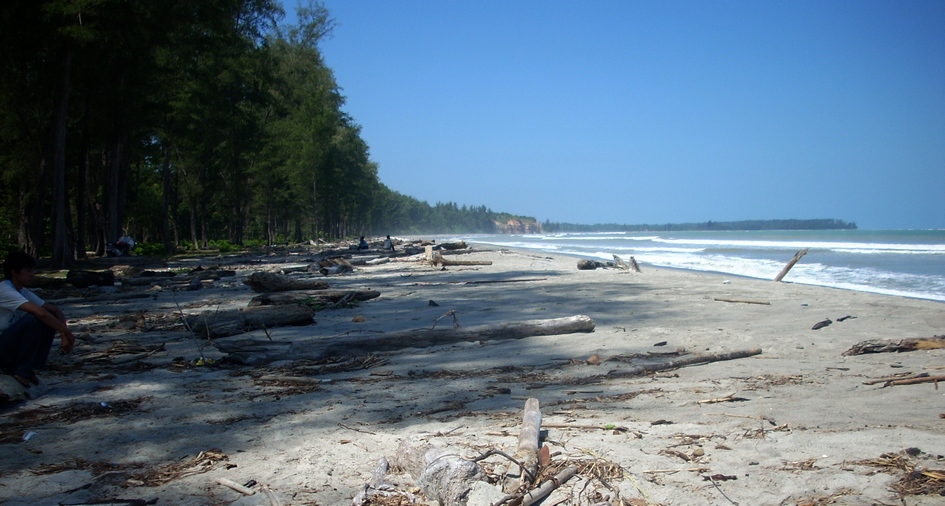 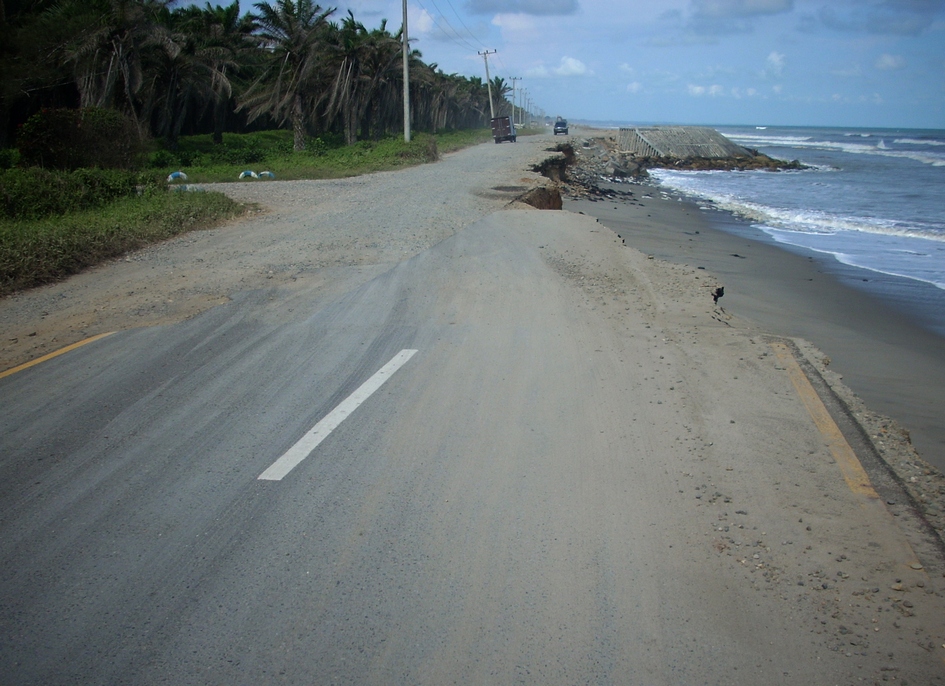 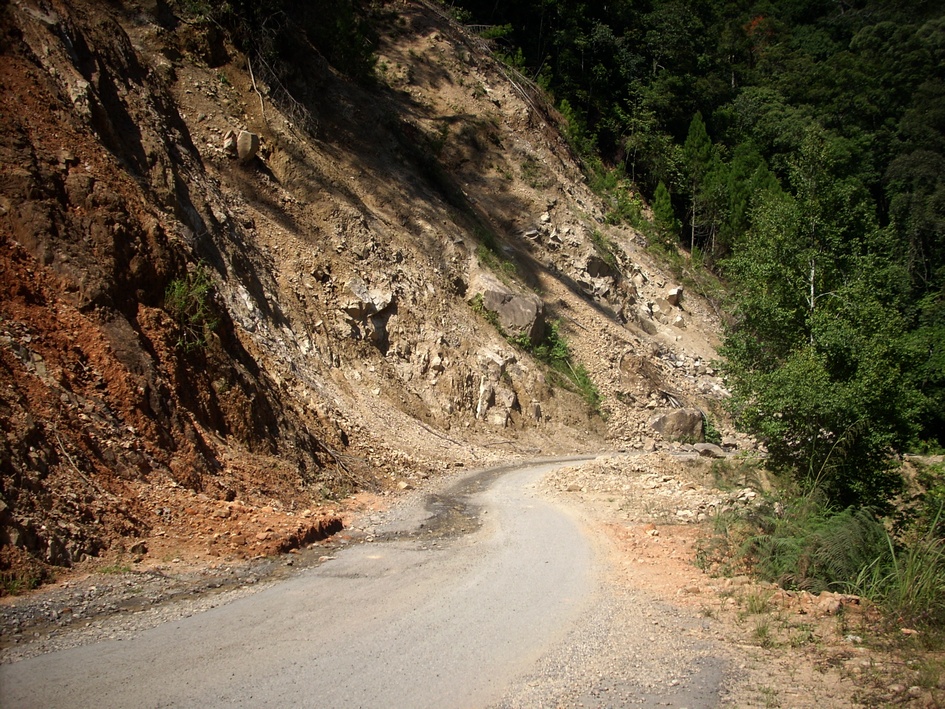 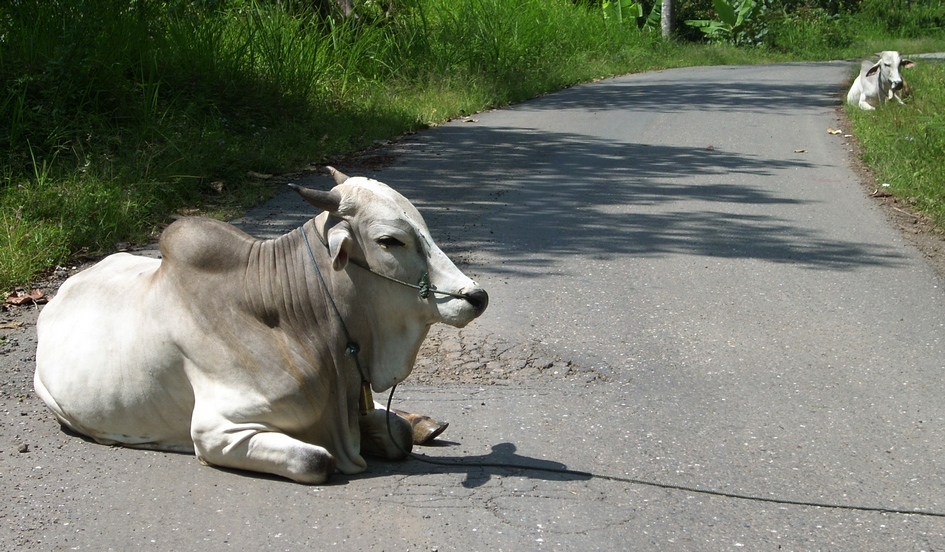 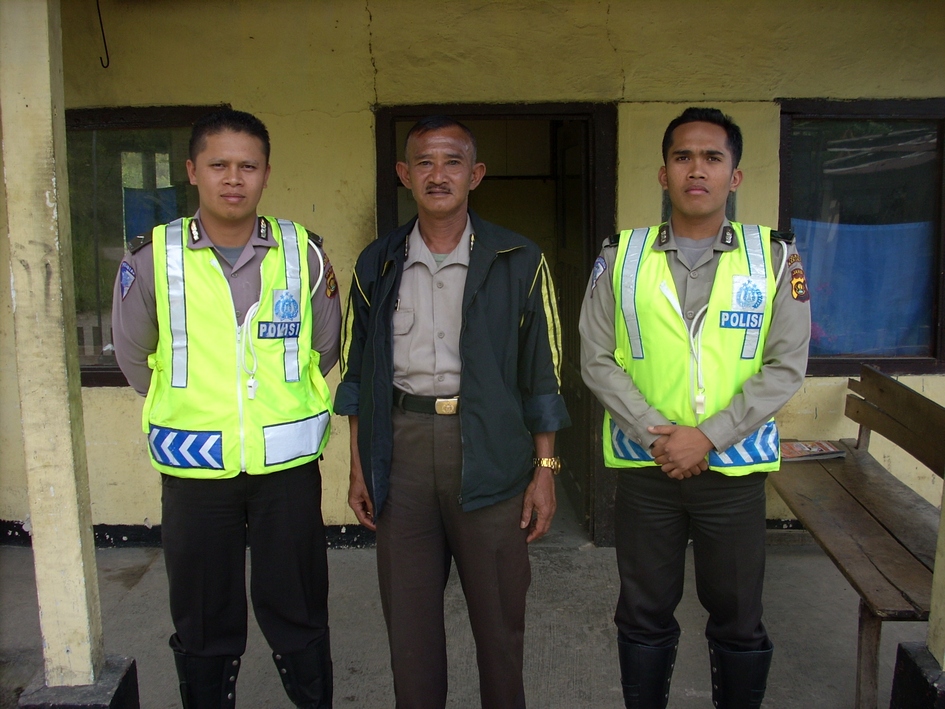 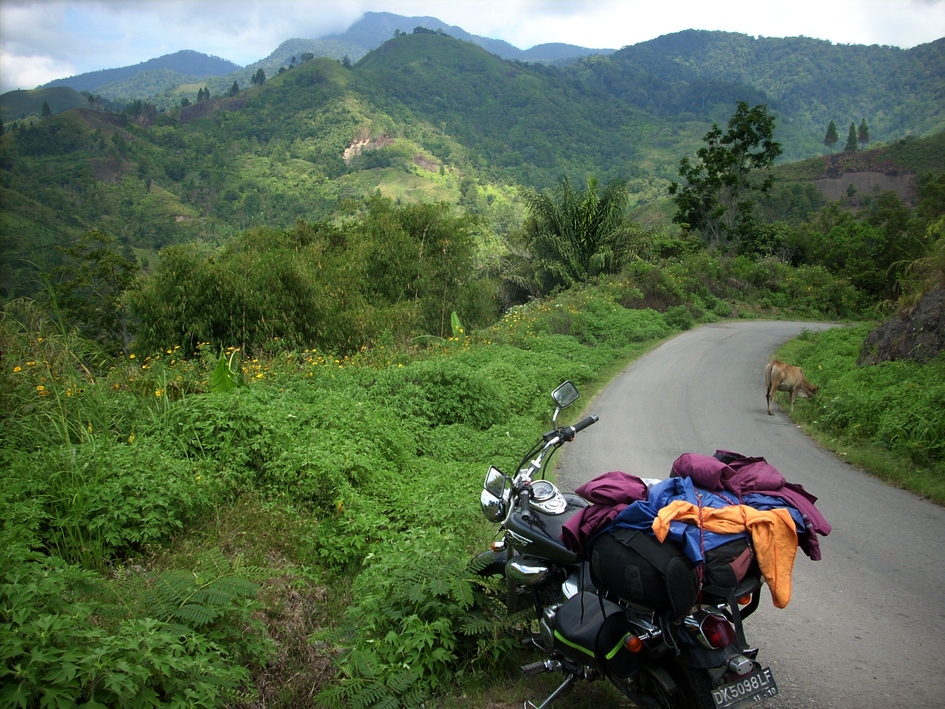 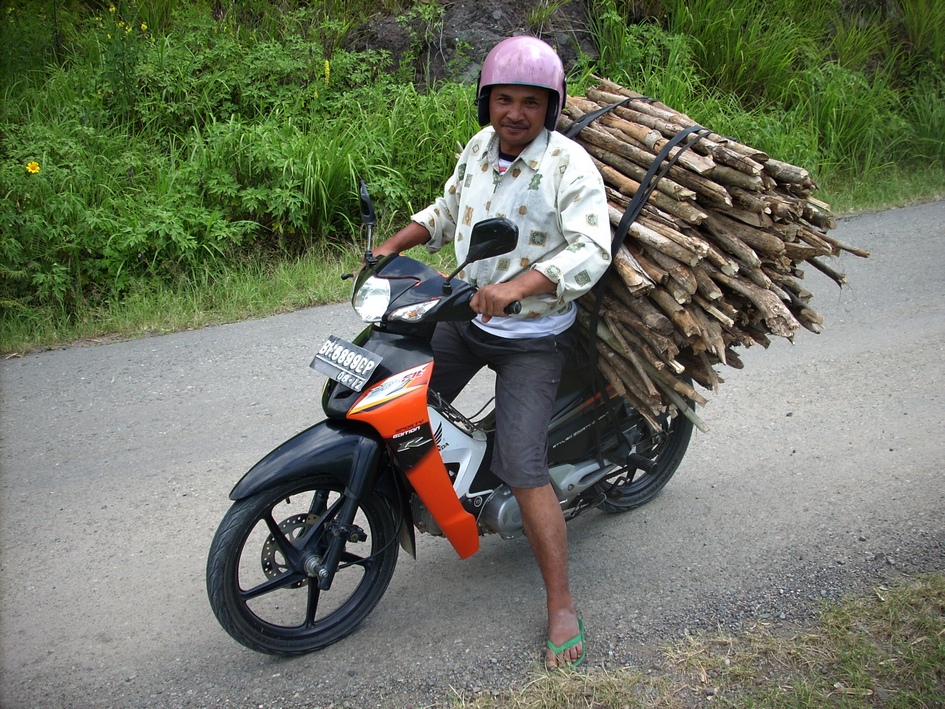