June 1st, 2009 - If Indonesia has a poophole then Jakarta might be it. Okay, that is a bit harsh but the conclusion is drawn every time I start driving around this city. It’s a friggin' jungle out there. Yesterday, after a couple of hours braving the roads I required a beer to take the edge off and relax a bit. It was while I was enjoying a refreshing beverage that I met Indira and Lena, an Indonesian male and female enjoying a drink at the table next to me. They were curious about what I was doing, where I was going, and all the usually tidbits about my travels.


Their English was not stellar but it was good enough to carry on a meaningful conversation. It was not long into the discussion that I found out Indira (a middle-age Indonesian man with some type of business related to immigration . . . .I think) has two wives, one from Indonesia and the other from Russia. Alrighty.

He just married his Russian bride two months previous and has apparently been paying the price (literally and figuratively) ever since. I asked if him if they lived in the same house and was given the ‘no f***ing way’ facial expression.

Apparently, there is animosity between brides. Can't imagine why. And I was told that Team Russia was a bit of a money pit and that all she wanted to do was fight all the time. I am not sure if ‘fight’ has a physical component but I get the distinct feeling that Indira gets his ass handed to him on a regular basis. I was informed by Lena (his female companion) that Indira also has ‘too many girlfriend’ in addition to a rather complex domestic situation. On top of all that he has a son who has been living in Los Angeles for the past nine years. If I understood correctly he cannot return home because he overstayed his visa and is afraid of getting in trouble.


I was told all of this not long after the conversation began. He clearly took a liking to me. The more beer he consumed the more fond of me he became. He soon offered to let me stay in one of his empty apartments for free, to help me sell my bike, get to Medan (in Sumatra), to let me borrow a GPS device, and probably offered to bank roll my dream trip to Mt. Everest for all I know (language barrier is a bit more pronounced with intoxication). He also was trying to ignite the spark between Lena and I.

Lena is a 35-year-old woman working at a cargo shipping company in Jakarta . . .I think. How she and Indira are friends is more than a little perplexing. It did not take long for me to realize that Lena also found Richie-poo a bit endearing. So there I am getting a little tipsy trying to figure out what the hell is going on....again.

Do these two cruise the area looking for unsuspecting solo tourists, lure them somewhere, and then commit unspeakable acts of human indecency upon them? Just one the many thoughts swirling around my head as we changed venues.

Upon switching venues (as in the bar across the street) I was pleased to encounter some Brits previously acquainted with Indira. One of the females was an English teacher in Jakarta and had given Indira a lesson or two. I had the chance to inquire as to the trustworthiness of my new friend. She informed me that she believed him to be relatively harmless and that he is constantly trying to get laid. She assured me that as long as I am not female I should be okay. He has mucho dinero and clearly enjoys throwing it around. In fact he was buying all the drinks.

The next phase of the evening amounted to me listening to two drunk female Brits tell me how awesome of a place the motherland really is. Why I let myself get entrenched into these conversations is beyond me. I guess I am just fascinated by people’s point of views and thoroughly enjoy listening to folks (including inebriated females) espouse their beliefs. I attempted to point to the arbitrary nature of nationalistic fervor, in the sense that we all could just have easily been born somewhere else so why should anyone really give a rat’s testicle, but my argument was lost somewhere in the haze of too many Bintangs (Indonesian beer).

They were also fascinated by the prospect of me spending half my life in school and incurring more debt than GM only to eschew a legal a career and join the military. By ‘fascinated’ I really mean ‘slightly aghast’. Clearly, they thought I was an idiot. Can’t say I had much of a rebuttal.

When the girls went to the loo (most likely to regurgitate dinner) I slipped away and slowly started to make my way back to the hotel. Indira was sloshed so I doubt he noticed my departure. He appeared to be on the phone getting his ass chewed off by his little babushka.

As I stood on the street corner attempting to lay out the evening’s plan I was approached by yet another Indonesia male who, like before, decided to strike up a conversation. He is in the restaurant business and currently works at the Marriott in Jakarta. He told me that he was trying to transfer to another hotel in Boston and is currently working through the process. He was an obvious fan of America and Americans. In fact, after I mentioned that I had yet to eat dinner he offered to take me to the Marriott for the buffet, free of charge. Tough to say no to that so I agreed.

We never made it to the Marriott but we did hit up friends at his former employer, the Ritz Carlton. I was then treated to a free buffet dinner in the elite dining lounge somewhere on the upper floors of the hotel. This restaurant is reserved for the folks staying in the hoighty-toighty upper level of the Ritz.

The food was magnificent. Fresh oysters, seafood, sushi, pork tenderloin, salad, soup, so on and so forth. Alaskan King Crab anyone? I ate until I nearly vomited. I made the mistake of mentioning early on that I had lost 10lbs while in Indonesia and I think he took it as a personal challenge. Rarely in my life have I tasted such exquisite cuisine. Afterward I was treated to free cocktails at the bar. With all those perks I might just have to fill out an application.

[Author's Note: About a month later two bombs exploded in the Marriott and Ritz Carlton in Jakarta. Thankfully, my friend was not working at the time.]

If the night did not take an awkward turn then it would not be a story involving me. Anton asked me if I wanted to hang out with him and some of his friends, one of which is a female coworker who has done some modeling. I saw a picture and she is rather fetching. I even spoke to her on the phone (he called her and then threw the phone in my face without so much as a warning. For being so awkward the conversation went well). So I figured what the hell , let’s see what the night would bring. So we waited in my room for her to pick us up. And waited. And waited. And waited. At about 1:45 am I threw in the towel and said I was too tired. I threw out numerous hints for my new friend to leave but he was not taking the bait. He kept saying things like, “Riiiiichard, wake up soldier” and “Don’t fall asleep soldier”. He also offered to massage the bottom of my feet as he claimed this would revive me. Right. At one point I even nodded off in the bed (he was seated in a chair) and awoke to find him staring at me. He made a comment along the lines of, “Is that how you sleep (meaning fully clothed)”? He then played music on his phone and fell asleep in the chair. Seriously?

Apparently, Jesse (that is his female friend’s name) must have been driving from Guam because it was taking a while. After 2 am I’d had it and I finally made my desire for him to vacate the premises clear. At the time I remember thinking how jealous all my married friends would be and how I bet they wish they could lay in a hotel bed in Jakarta and have an ambiguously gay Indonesian man watch them while they slumber. So stick that in your arse my domesticated brethren! 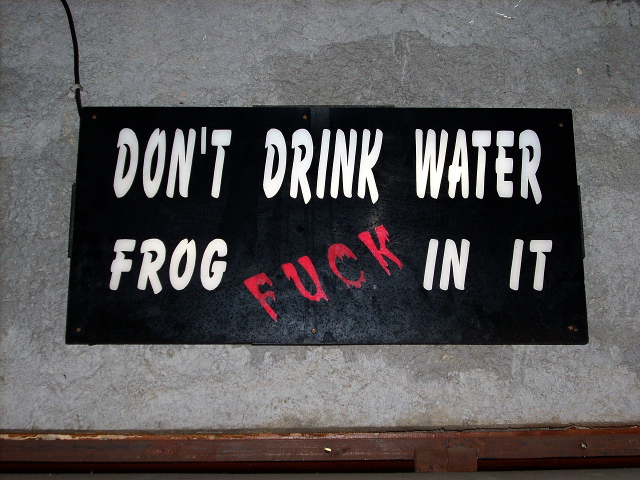