For an updated version of
this post, go here.

April 10th, 2009 -  So the omniscient Lonely Planet indicated that the ferry to Flores will probably leave around 8 am. The guy at the hotel said it would be 9 am. The ticket office did not open until around 8:30 am. I was told the ferry would leave at 10 am. We did not get started until 12 pm. They had to wait for diesel in order to refuel. An excellent way to start an eight hour journey. I am sitting in business class because frankly I’m worth it.


The bench seats are padded and there are air conditioners on the wall. They do not work worth a shit but what I can I expect for an extra $1.50? I’ve spent most of the time hanging in economy class because it is open on the sides to fresh air, 'fresh' as in soaked in diesel fumes.

There are different fares for adults, children, vehicles, cargo, and animals. A horse, a buffalo, or a cow will run you an extra ten dollars each. A sheep, goat, or pig about half that. I saw a rat running around business class. Not sure what the charge is for Mickey.

Why did the chicken cross the road? This question has never had such poignancy for me until I started riding a motorcycle across Indonesia. ‘To get to the other side’ does seem to answer the question superficially but does not adequately explain their motivation. What is it about a road that requires these renegades to risk life and limb for such little reward? Do they realize that eventually they will have to make the return journey? Are they adrenaline junkies with a thirst for danger or just degenerate retards? Why do you do this you stupid muther f****ers?! When someone asked Edmund Hillary why he wanted to climb Everest his response was simply, “Because it's there”. If we could ask these daredevil chickens would they have a similar response? I think they might.


So how the hell would the goats or the cows respond? Would they blame the chicken for glamorizing an act of potential suicide? Clearly the goats refuse to be out done. They are not content with merely crossing the road. Oh no. They take it up a notch and linger for as long as possible before relenting. That is, of course, if they relent. There appears to be an elite brand of thrill seeking goat that refuses to move even when looking down the business end of a large cargo truck. I bet those goats think the other goats are complete pussies.

I don’t know about the cows. To be honest I think the cows do not have it in them and that any apparent risk seeking behavior is mere coincidence and solely the result of ignorance. Just a theory. I apologize to any cow lovers out there.

I mentioned that I tried to get to Pulau Moyo, an island off the north coast of Sumbawa. I had attempted to reach Air Bari, a port where I could potentially hire a boat. I turned around because the road was so bad. Well, as it turns out I missed the actual road leading to Air Bari. It was a Swede I met on the ferry that informed me of my error. He did say that the road was almost impossible to find without local help so I guess it was not my fault. It still pisses me off a bit. So close yet so far away. 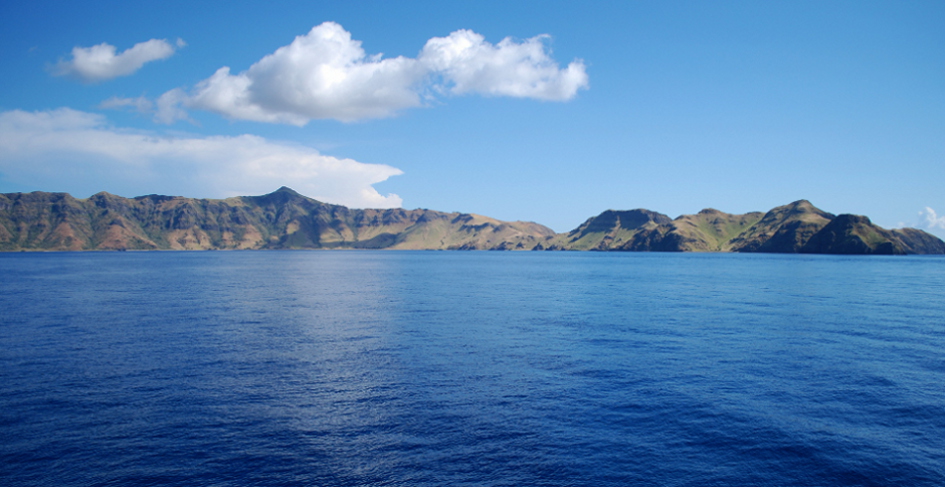 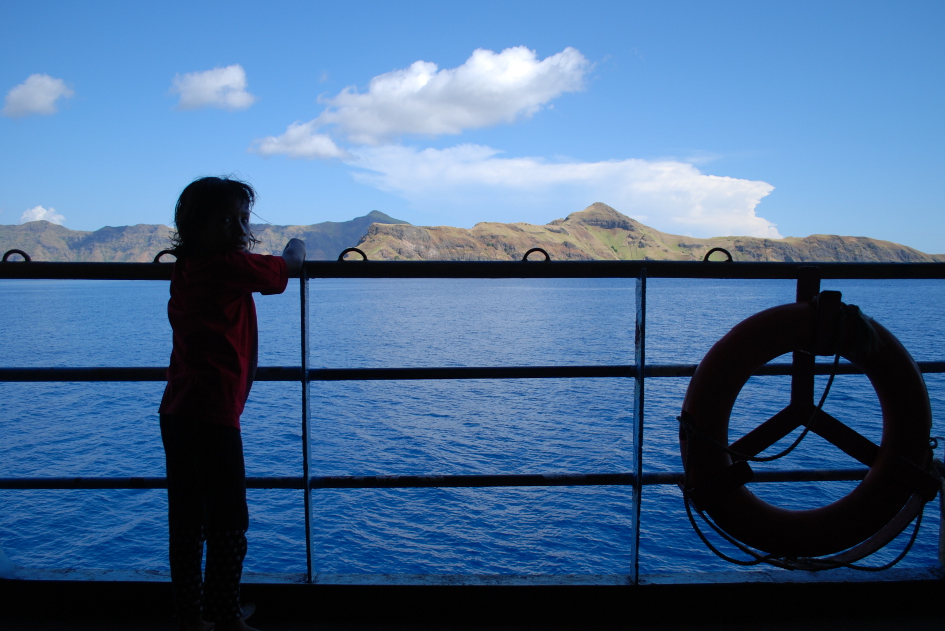 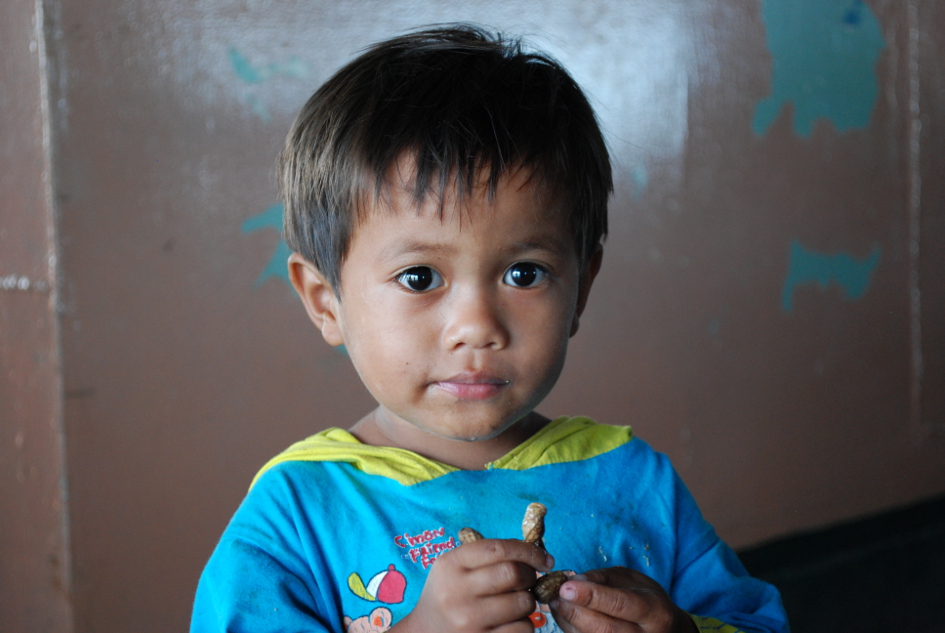 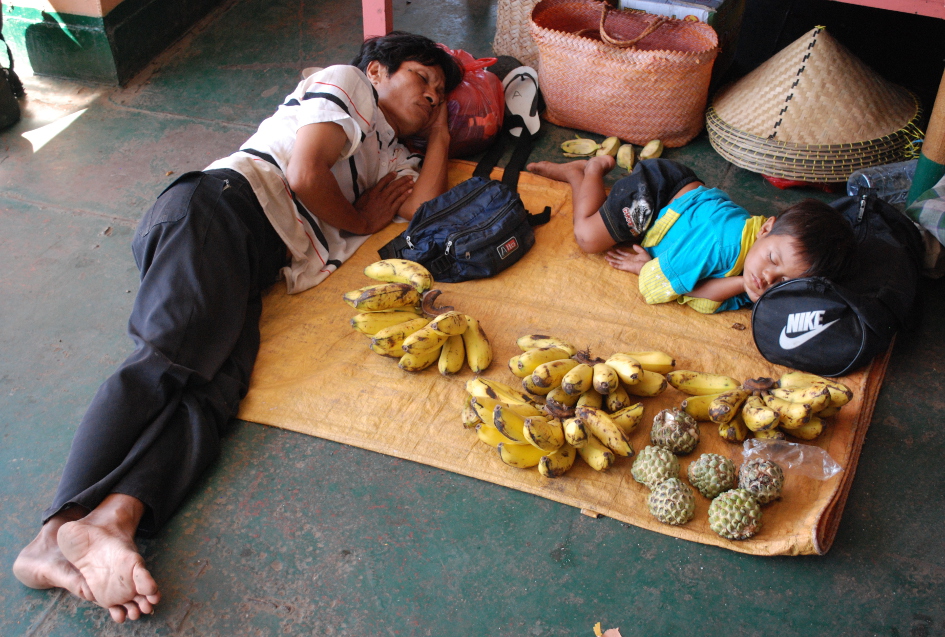 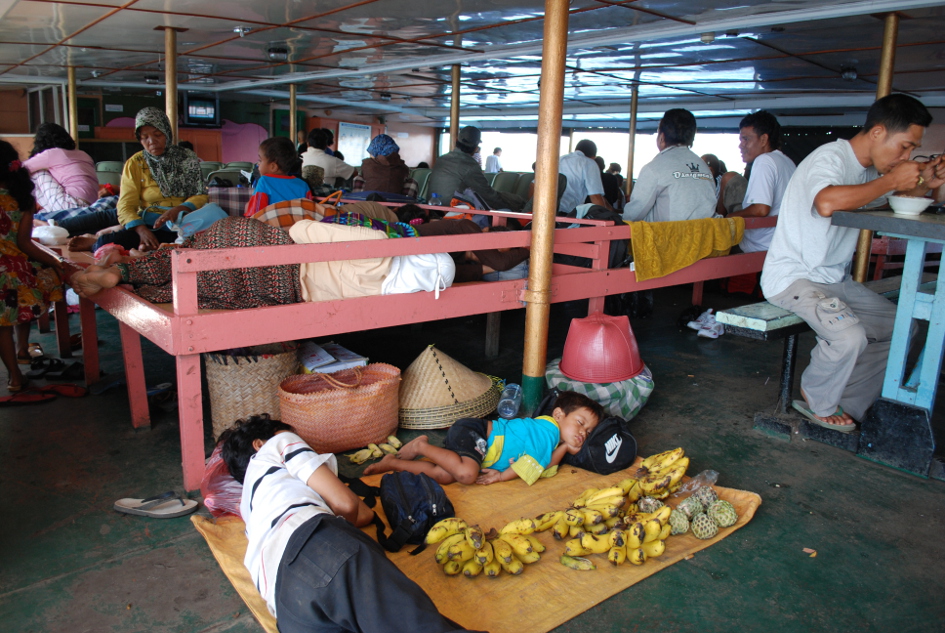 I arrived in Flores (Labuanbajo to be precise) around 9 pm. Not ideal for locating suitable lodging. I not a fan of driving el motorcycle at night but there was no choice. As it turned out many of the hotels recommended in the book were full. It listed a more expensive option two kilometers outside of town so I decided to check it out.

Along the way I asked a gentleman by the road for directions. I could not remember the exact name of the hotel. “Permisi, ada hotel Komodo Hotel Bajo dekat di sini?” (Is the Komodo Hotel Bajo near here?). There was confusion. I rearranged the name of the hotel repeatedly (e.g. Bajo Komodo Hotel, Komoto Bajo Hotel, so on and so forth). “Nooooo, no hotel. No hotel that way.” Okay.
Thank you kindly. I then turn around. About 500 meters back the other way I stop at a shop and ask where the Baja Komodo Eco Lodge (I looked up the proper name) is located. They point back in the direction from whence I came. Okay.


Thank you kindly. I turn around again. I encounter the same gentleman on the side of the road. I stop and say, “Baja Komodo Eco Lodge.” “Ohhhh, yes. It two kilometers that way.” Are you shitting me? I realize that I garbled the name but I would think there was enough to make the connection, right? I was sitting on my bike with a backpack on. Clearly I was looking for a place to stay. Not only that but there are three other hotels down that road. Seriously? Apparently, ‘No hotel that way’ meant there is ‘no hotel down this road that matches your f’ed up literal description. Go back.’ I love it. I would not have it any other way.
Posted by Rich at 11:16 AM