April 6th, 2009 - With Kuta in my rear view I decided to hop hop hop-along to the next island, Sumbawa. The roads in southeast Lombok are atrocious. The pavement is so eaten up it would be better if the road were dirt. Notwithstanding the state of the road it was another pleasant drive along the coast. I arrived just in time for the next ferry to Sumbawa.


On board I met an Indonesian gentleman working for Catepillar (technician) on his way to a site. He had a nice company truck (Toyota Heliux) and invited me to sit inside and soak up the air conditioning. It was lovely. After a pleasant conversation we exchanged info and will no doubt connect via Facebook. Ain't social media grand? After disembarking Dimas treated me to a cow brain lunch before we went our separate ways. I do love random encounters like that. Cow brains? Not so much. 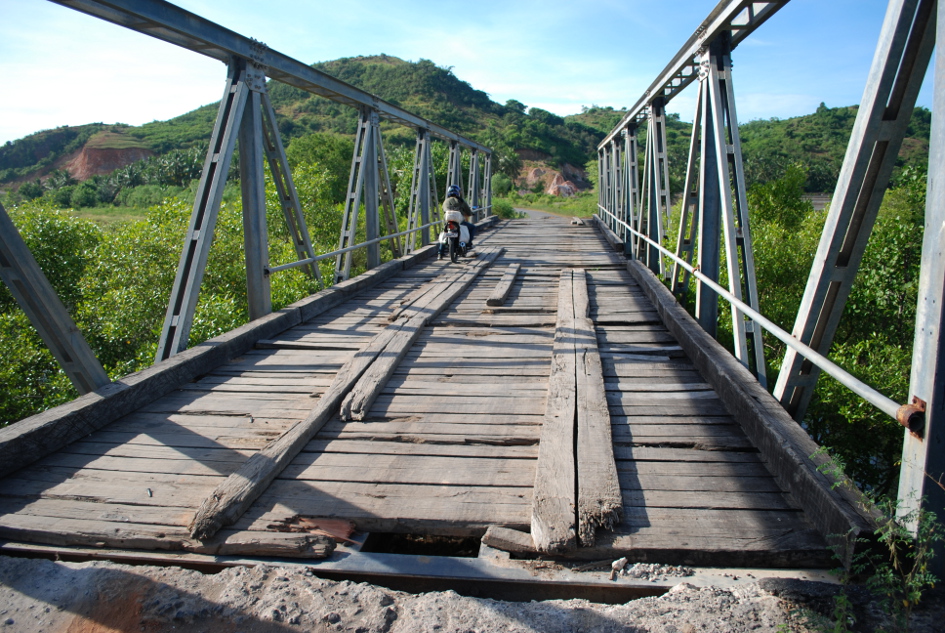 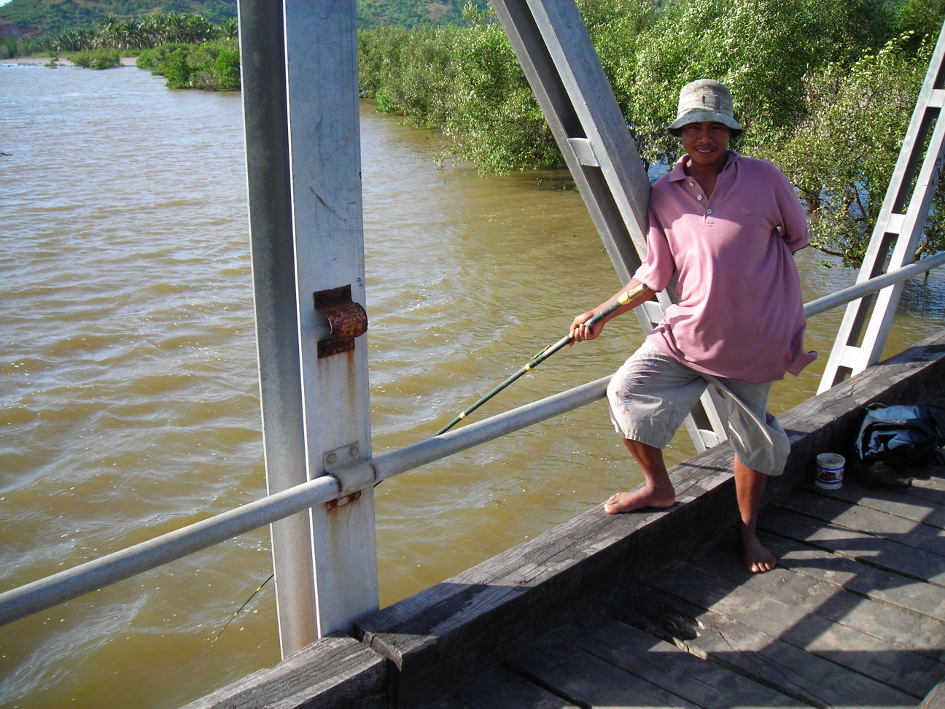 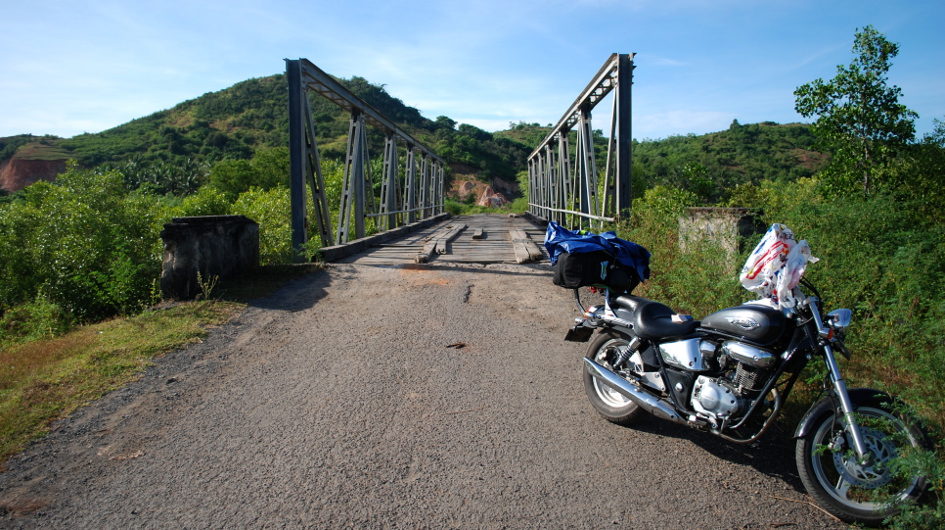 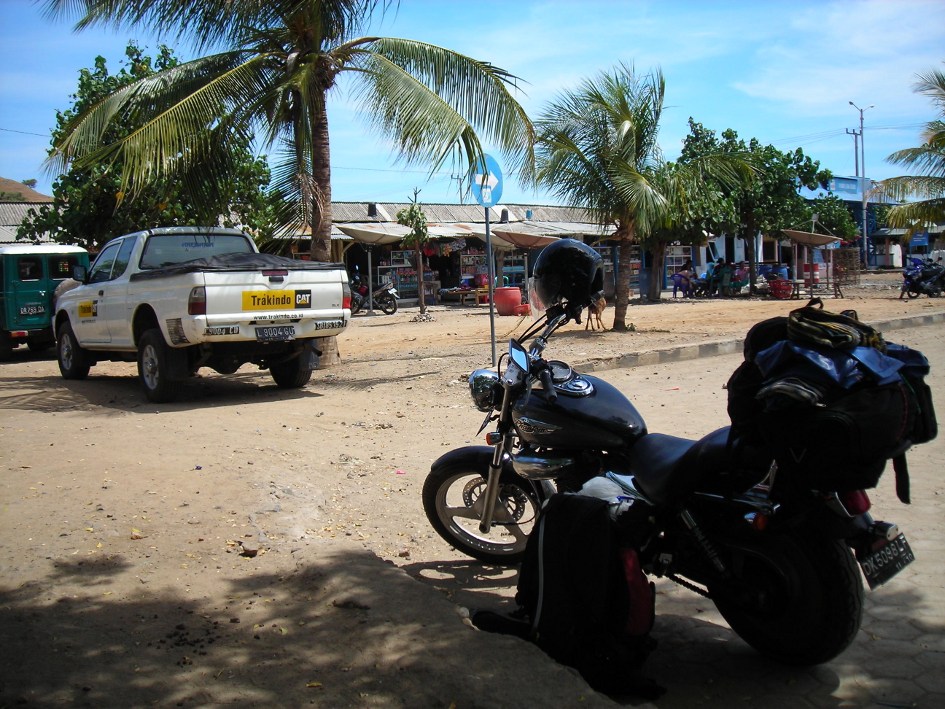 The main road across the island is in superb shape and blissfully devoid of traffic. Today I had the smoothest ride I’ve had since coming to Indonesia. Hard to believe considering I read that Sumbawa is underdeveloped and poor. The condition of the road can probably be explained by the importance of inter-island commerce and the need to be able to transport goods across one island to reach others. Just a theory.

Very few tourists venture here. If you want to explore it is basically on you to organize everything. No booking tours here. I thought about diving and read that trips can be arranged at a nearby hotel (nearby to Sumbawa Besar, which is where I am currently staying). However, when I went to inquire I 'spoke' with a gentlemen that knows nary a word of English. The whole conversation was in Indonesian which means I am about sixty percent sure I know what happened. I gleaned from the few words I understood that the dive boat with 15 Japanese passengers left yesterday and would not be back for another week. The boat contained all of the equipment. So if I wanted to dive I would have to rent the equipment, a boat, and (I think) pay this gentleman to act as a divemaster. The grand total would be somewhere between $200 and $500 US…….I think. He said something about a speedboat. No diving for Richie here. I also asked about getting a boat and doing some snorkeling but that conversation also ended in defeat.

After my unsuccessful, yet linguistically stimulating encounter, I decided to buzz into the center of town to procure some fuel. I might as well have painted myself florescent pink and adorned the bike with flashing neon lights. I was the only tall white mutant on a Harley-esque motorcycle cruising around town at 6:30 in the evening. Don’t think they see that very often. It was a bit uncomfortable. Next time I go naked.

So I have to decide whether or not I just zip through this island on my way to Flores or if I explore a bit. Hmmmmmm.
Posted by Rich at 11:25 AM