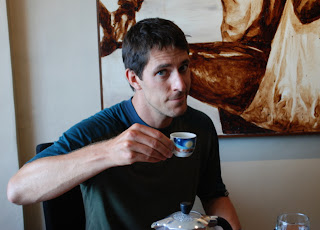 March 10, 2009 – Drove my bike to the Honda dealership for a maintenance check . . . . . again, but they were already working at capacity for the day. It appeared I would be forced to return on the morrow. Luckily, annoyance turned to glee as my rejection was most fortuitous. After leaving the dealership in defeat I decided to console myself the only way I knew how, with a cup of coffee a la caca.
I am of course referring to Kopi Luwak , the coffee ground from beans that have passed through the intestines of the Asian Palm Civet. Shitty and delicious. Num-nummy.

What’s the verdict? Well, I do not possess a discriminating palate so I cannot say I was all that impressed. It tasted nice, a bit earthy with nary a hint of doodoo aftertaste. It certainly is potent (I was jittery for some time) but I am not sure it is really worth the price. What do I know? Nothing. 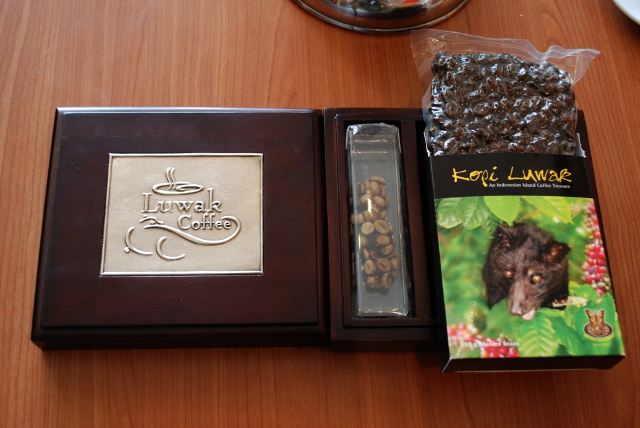 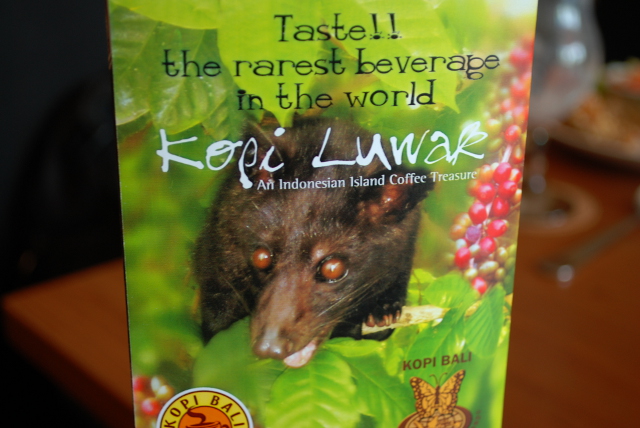 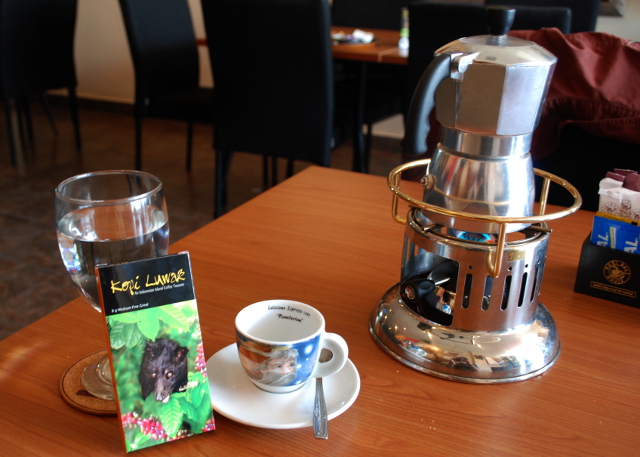 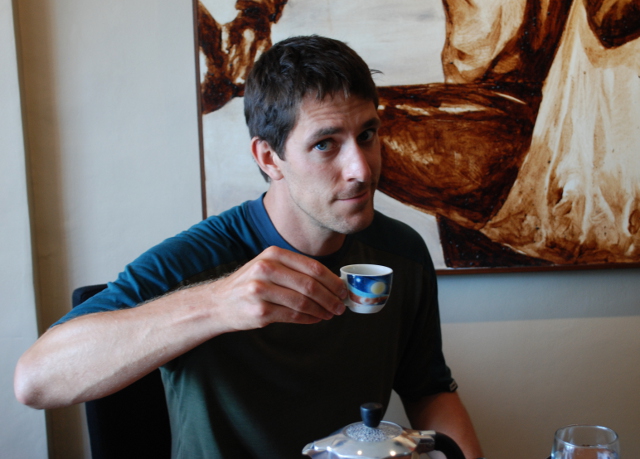 When I returned to Ubud I stopped by my Indo friends’ office to say hello. They informed me that I could get a cup of poop de Java right across the street at a spa. I was forced to investigate. After my friend asked the manager about it I was presented with a 200g bag of ‘Kopi Luwak’. Price: $50,000 rupiahs ($4). Huh? She told me that it was the real deal but I read on the package that it was mixed with Arabic coffee. She insisted this was not the case but I just do not see how they could be selling 200g bags of the stuff for $4 when there is only about 500 kg of the coffee produced in a year. But then again, what the hell do I know? This was another episode of I don’t understand what the hell is going on . . . . .again.

This day spa had various bird species in cages on site. Guess what else they had? None other than our hero, the Asian Palm Civet. Why? Like I can answer that. I am not all that thrilled about snapping photos of a caged animal but I figured my psuedo-journalistic integrity was at stake. You will notice the piles of florescent red poo-poo. My hands are too big so I was unable to reach through the cage and stuff my pockets full of crapola. This is probably just as well because I doubt they had been feeding Edgar (I named him) coffee beans. Too bad. 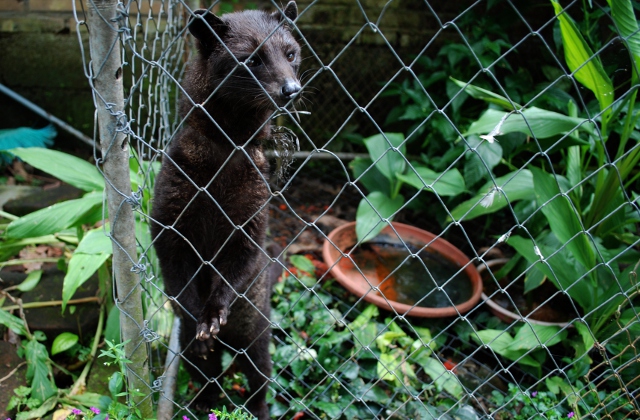 After my adventure in coprophilia I happened across a bike shop specializing in ‘Big Bikes’ so I decided to stop and have a look-see. Good call. The shop is owned by an Aussy, allowing me to voice my mechanical concerns in English. He had his people check out my bike thoroughly and now I am confident enough to finally get a move on. It appears I may actually be departing on Saturday but who knows. I’ve tried to escape before.
Posted by Rich at 11:36 AM