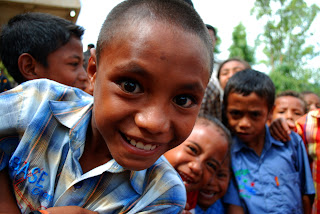 April 19th, 2009 - I drove from Labuanbajo on the coast to the town of Bajawa with a sleep over in Ruteng along the way. The drive is perfect for a motorcycle. Scenic, lots of curves, and relatively smooth.

The day I arrived in Bajawa a marching band came parading down the street. I have no idea why. I don't want to know. I love random.

I hired a guide that took me to a small volcano (Inielika) and a traditional Ngada village. Since I was solo Alfonse (my guide) jumped on the back of my motorcycle and we headed off.

The path to the volcano began in a small village behind a church (Flores, unlike mostly Muslim Indonesia, is predominately Roman Catholic). The trek was very mild and took only an hour and a half to reach the volcano over relatively flat terrain. Along the way I saw some big-ass bamboo (I believe that’s the scientific name) and had Alfonse stand beneath it for perspective. Inielika erupted in January of 2001 spilling a bit of lava, charring some of the trees in the crater, and dusting Bajawa with a light smattering of ash. Right now it is quiet and I was afforded the opportunity to frolic inside the crater. Anytime I have the chance to frolic in a volcano I take it. You should do likewise. 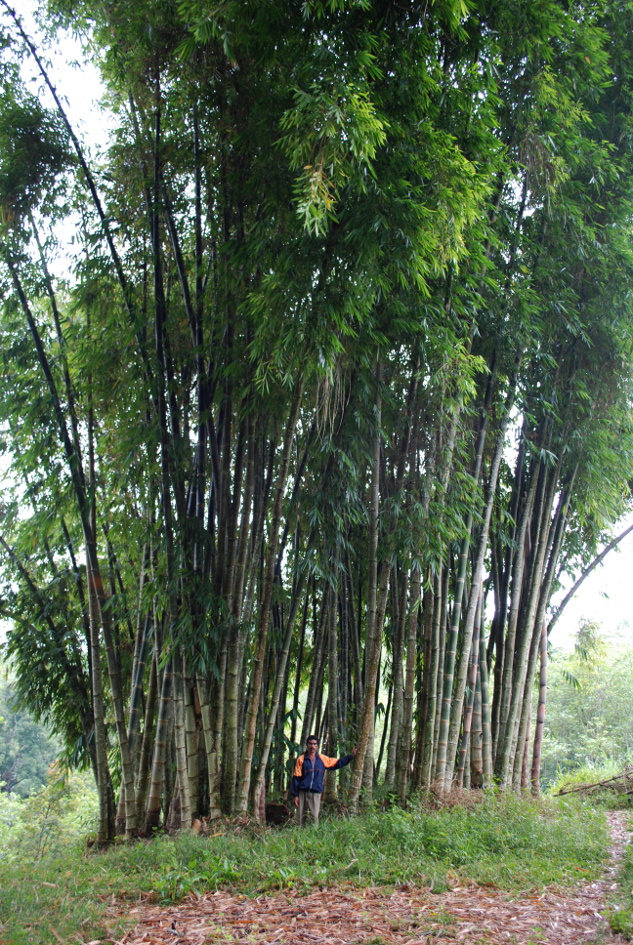 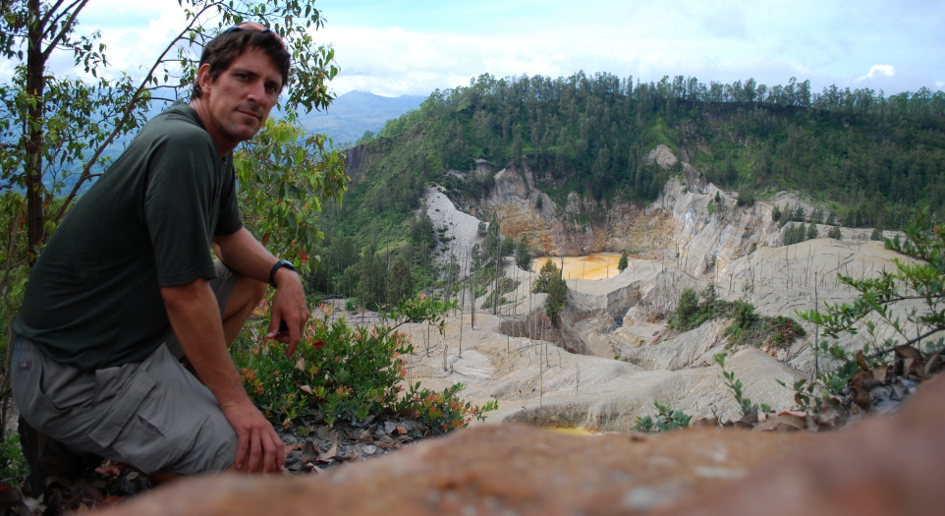 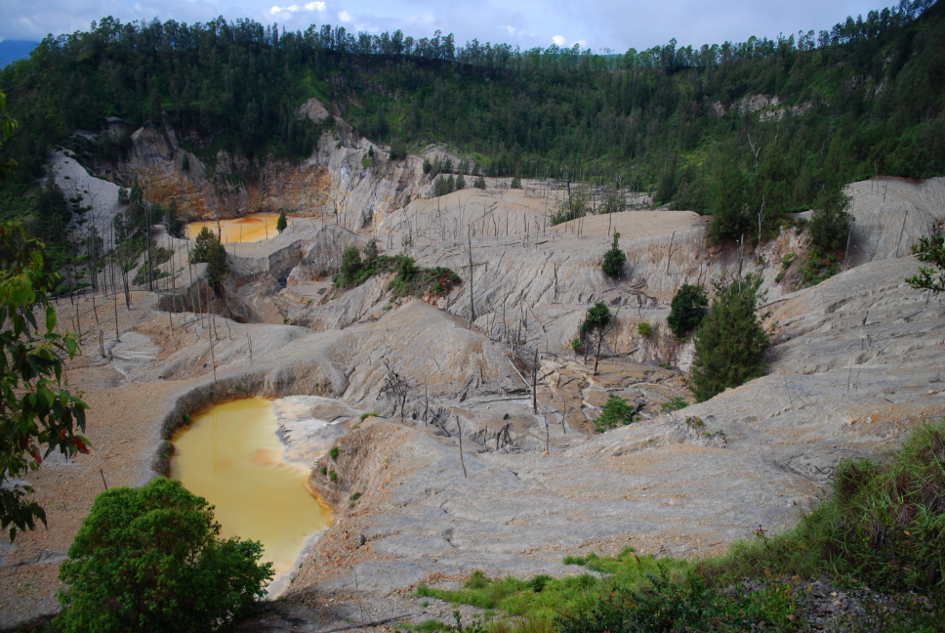 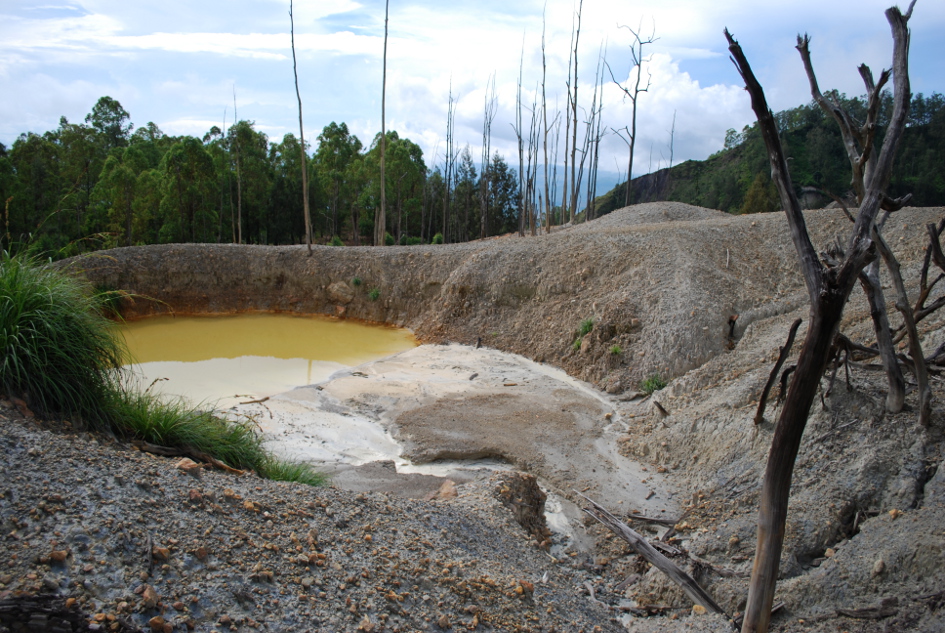 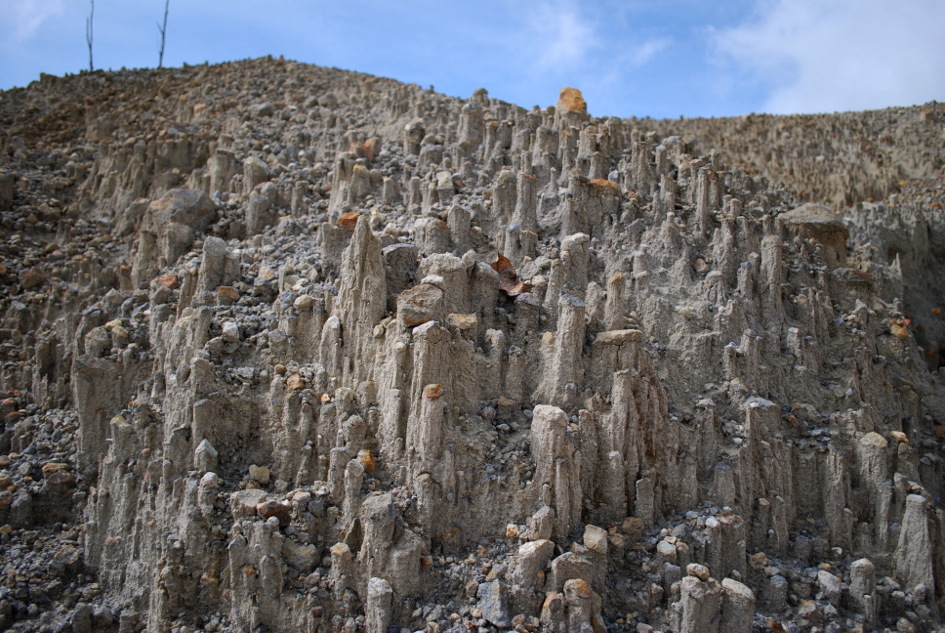 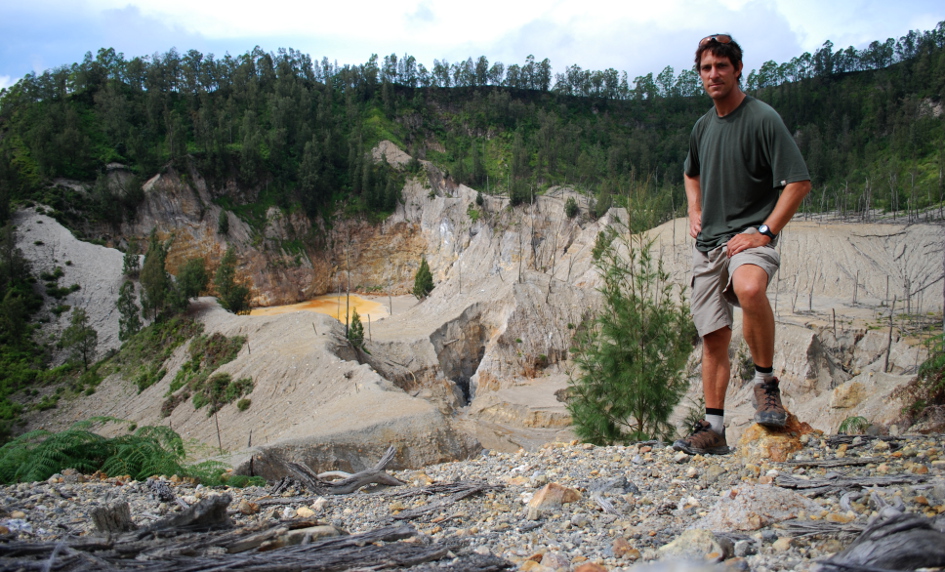 After we returned there was a band of not so camera shy local churchgoers vying for my attention. They surrounded me and I was more than happy to oblige with a barrage of snapshots. 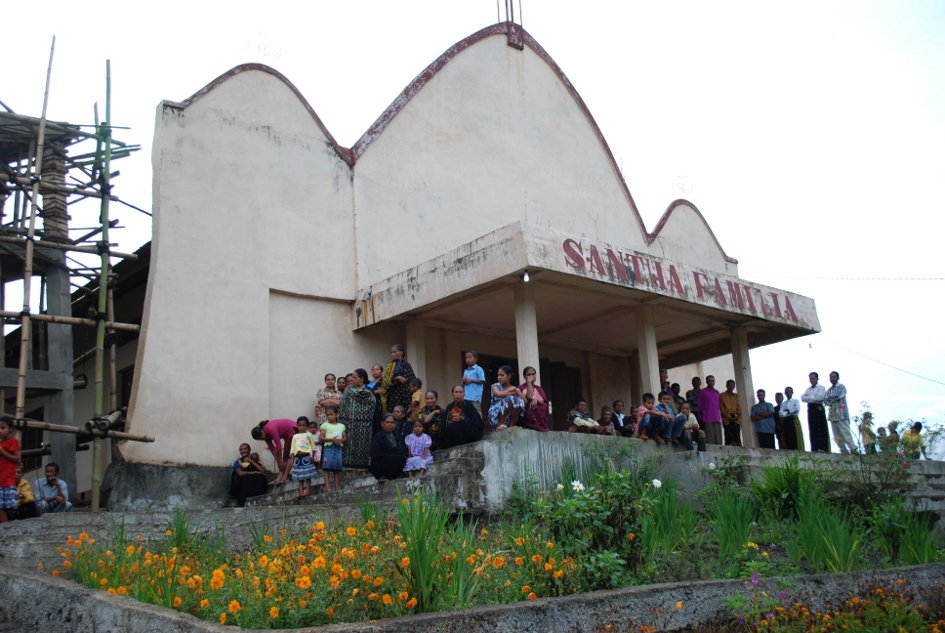 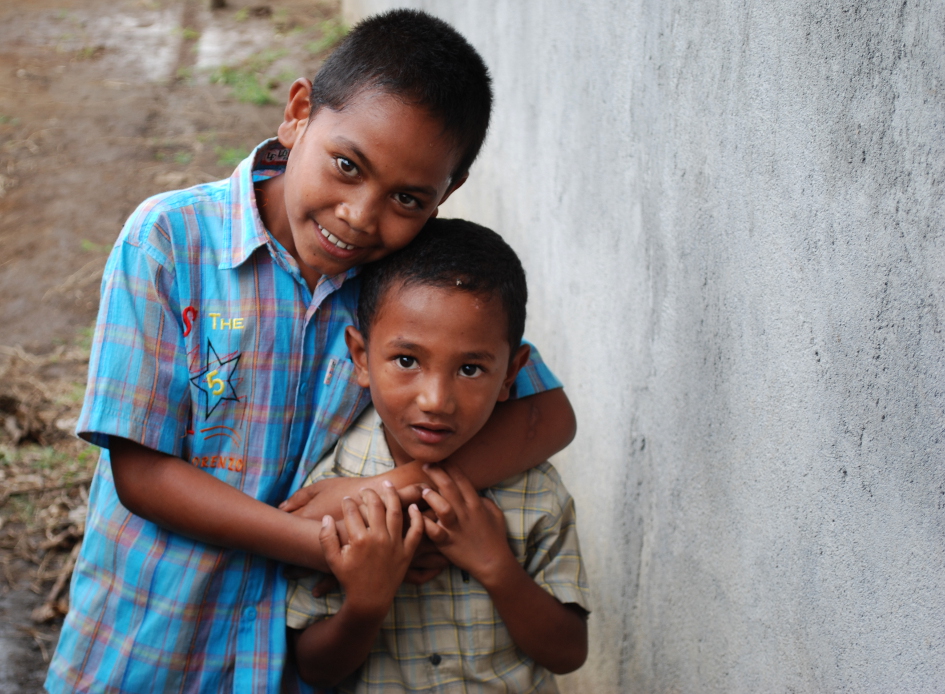 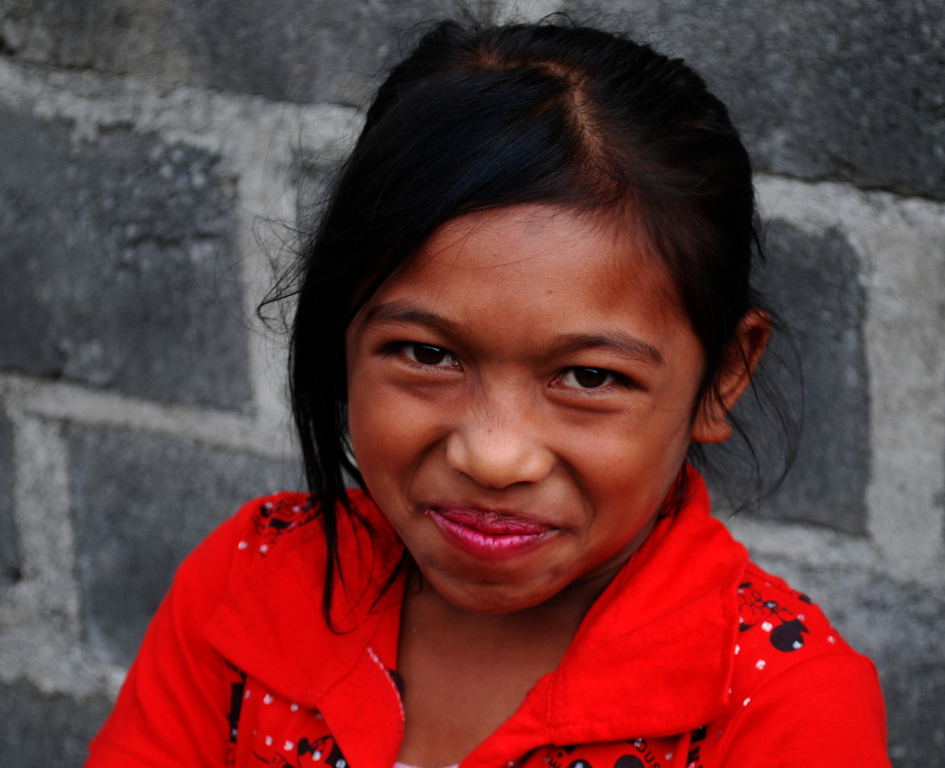 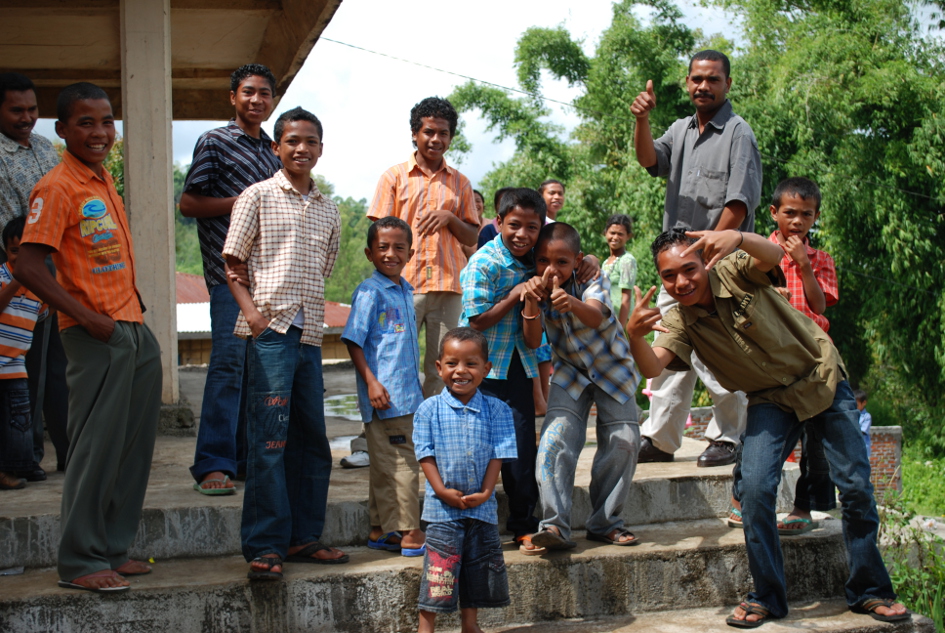 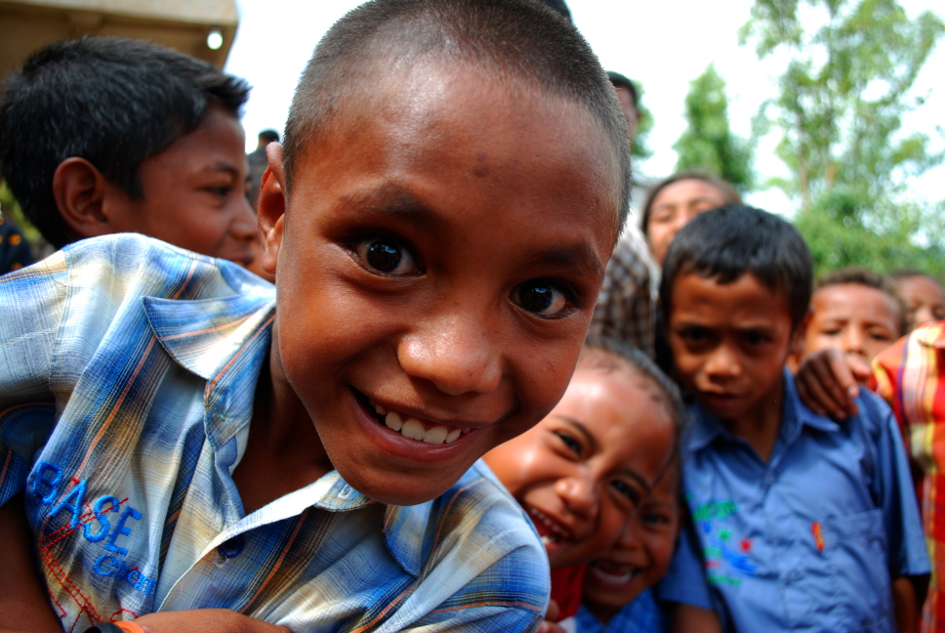 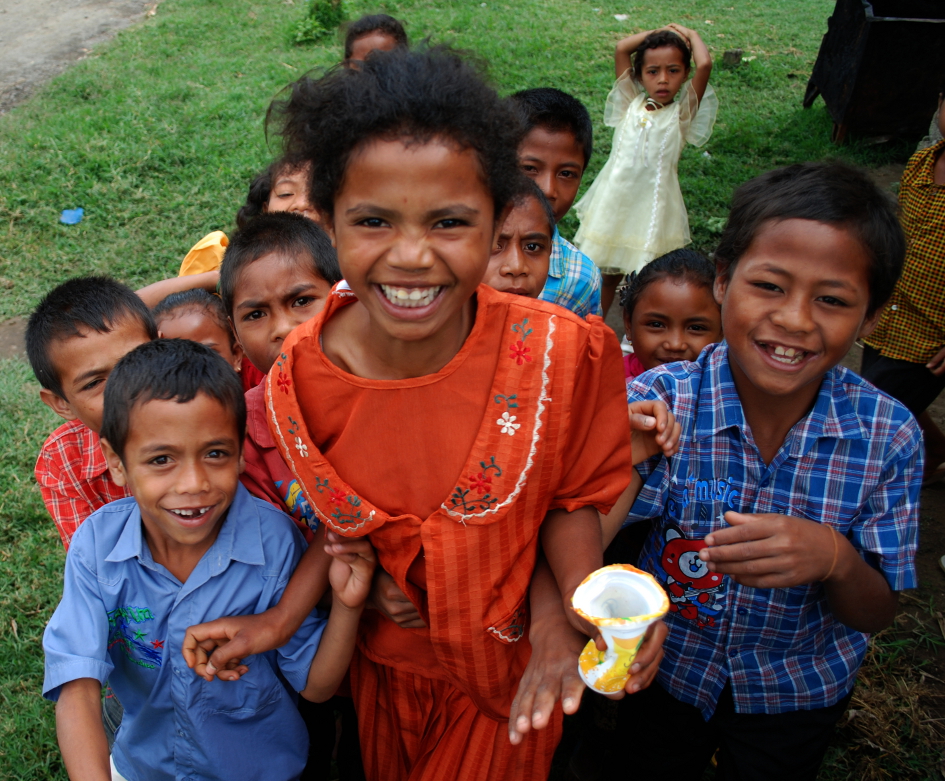 We then set off to a traditional Ngada village. It is the Ngada people that inhabit the area around Bajawa (the province is known as the Ngada Regency). A traditional Ngada village layout consists of two rows of high roofed houses on stilts. They face each other across an open space that contains structures known as ngadu (a parasol structure about seven feet high consisting of a carved wooden pole and a thatched roof) and bhaga (a structure resembling a miniature version of a thatched roof house). These structures basically symbolize the continuing presence of the ancestors. The ngadu is male and the bhaga is female. 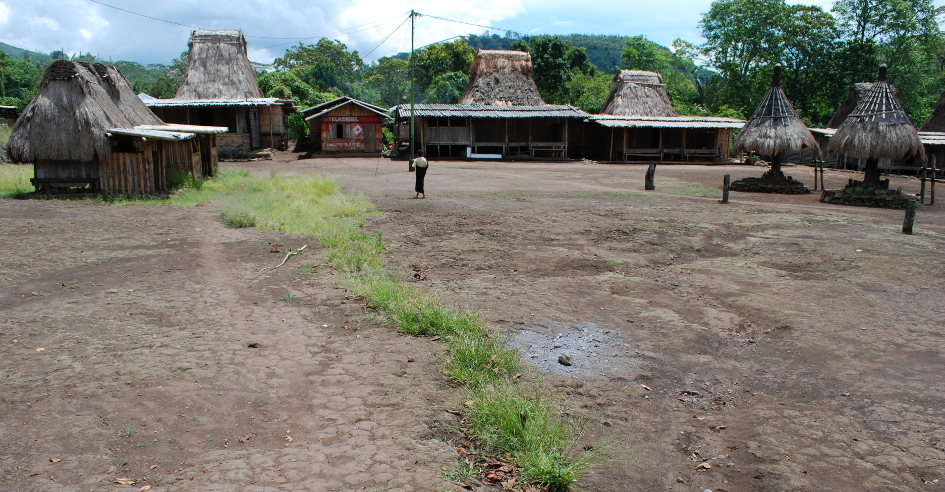 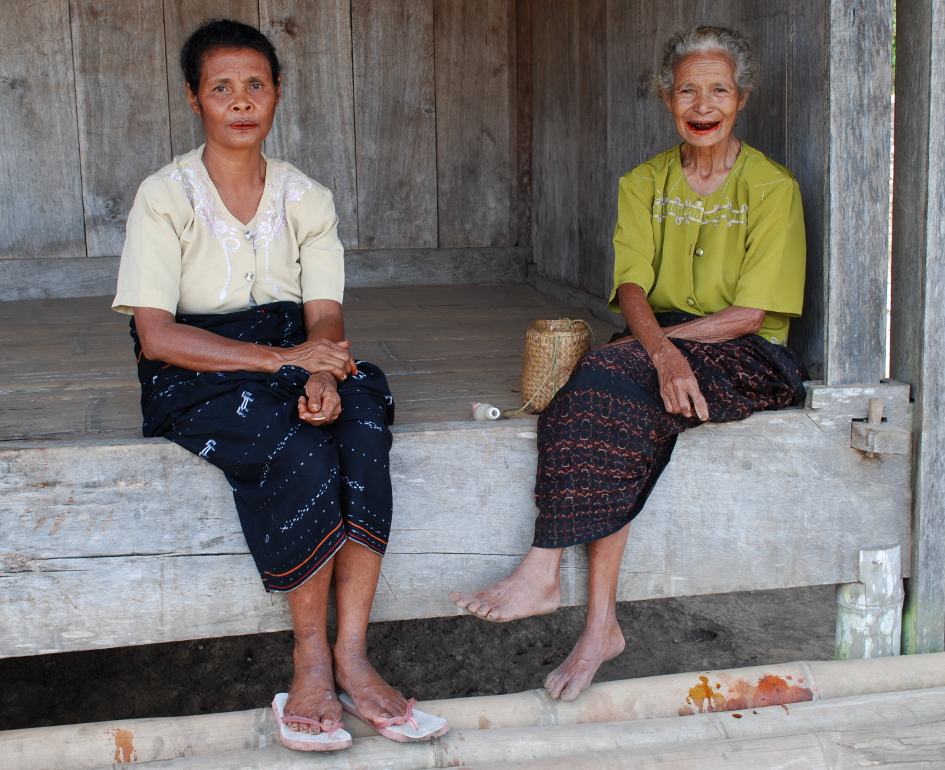 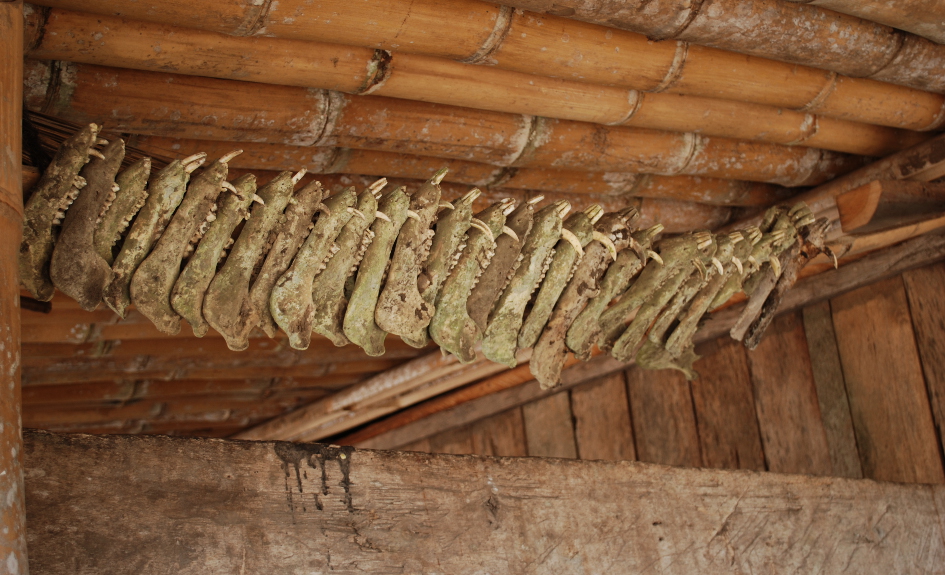 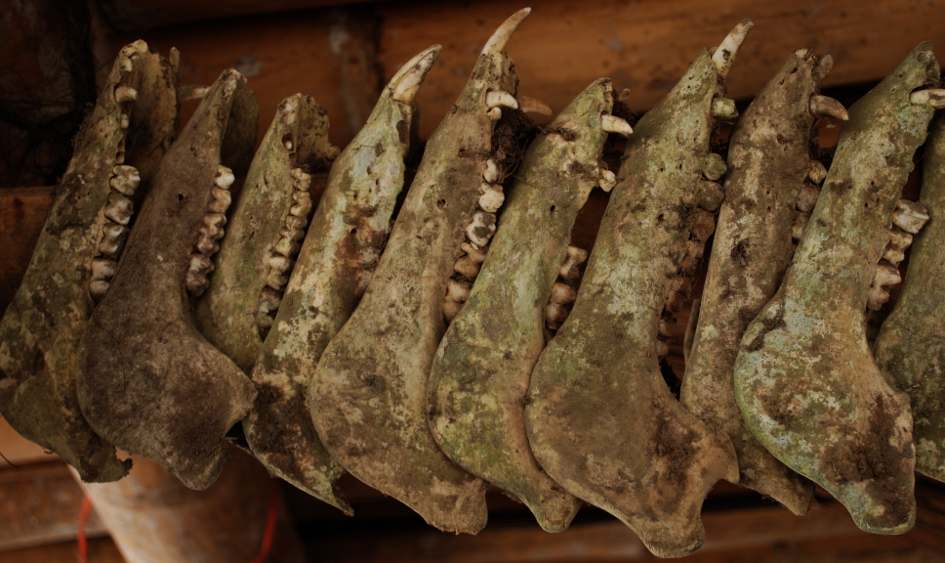 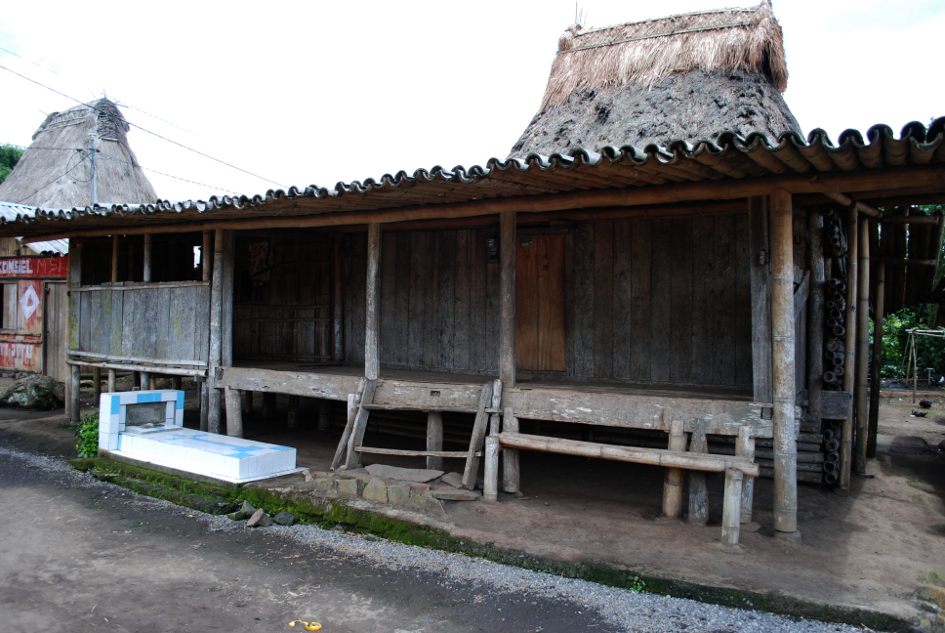 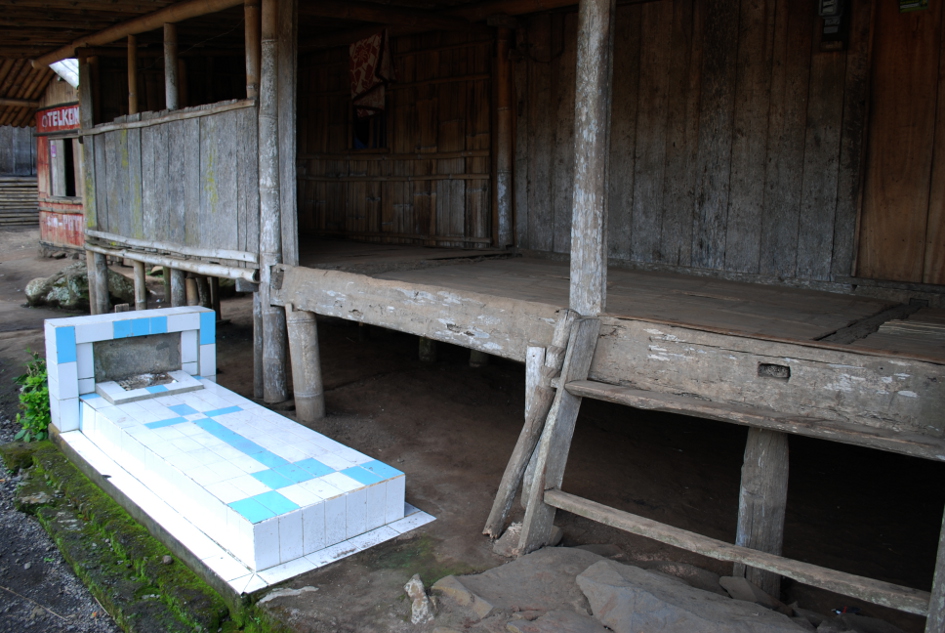 In Wogo (the village I visited) there are nine sets of these structures representing nine different clans. As one might expect many ceremonies are conducted here. Ceremonies usually involve the bloody sacrifice of buffaloes and pigs and are conducted for births, marriages, deaths, and new house construction. You will also notice a grave in front of one of the houses. Yep, the newly departed are placed right in the front yard. Back in the day they were placed in the center area of the village but all those dead folks were getting in the way so they started burying their relatives right in front of their homes. This holds true even for members of the Ngada tribe that have modernized a bit. The house might have electricity but the dead still go in the front yard. According to Alfonse this practice is not ubiquitous as many villages do utilize graveyards.

When a new house is built a requisite ceremony is conducted to ensure good fortunate. This also requires the sacrifice of pigs and buffaloes. They hang the jawbones of said animals on the front porch to commemorate the event. Folks back home hang wind chimes. Different strokes for different folks.

You will notice in one of the pictures two old woman sitting on a porch. Notice their mouths. One of them looks like the female Indonesian version of the Joker with her scarlet lips. This is caused by chewing betel nut. It appears to be blood and makes individuals look like psychotic maniacs. Betel nut is a mildly intoxicating stimulate that provides a nicotine-like buzz and suppresses appetite. Instead of sitting around and smoking cigarettes these folks chew betel nut. It creates a poopload of saliva and you will inevitably find scarlet spit stains decorating the ground in an area of frequent use. I gave it a try years ago when I visited Papua New Guinea. It is vile. Absolutely vile. But it is a great way to interact with the locals.

I then capped off the day with a exhilarating ride to a hot springs about forty minutes outside of Bajawa taking in the scenery the whole way. A volcano is part of the backdrop. Indonesia is rife with volcanoes. Throw a rock and you’ll probably hit one. And after it bounces off the volcano it will probably hit a chicken….or a goat. I also saw some country folks cruising around on a rather unique propulsion device. It looks like the Beverly Hillbillies version of the go cart. Maybe I should trade in the bike . 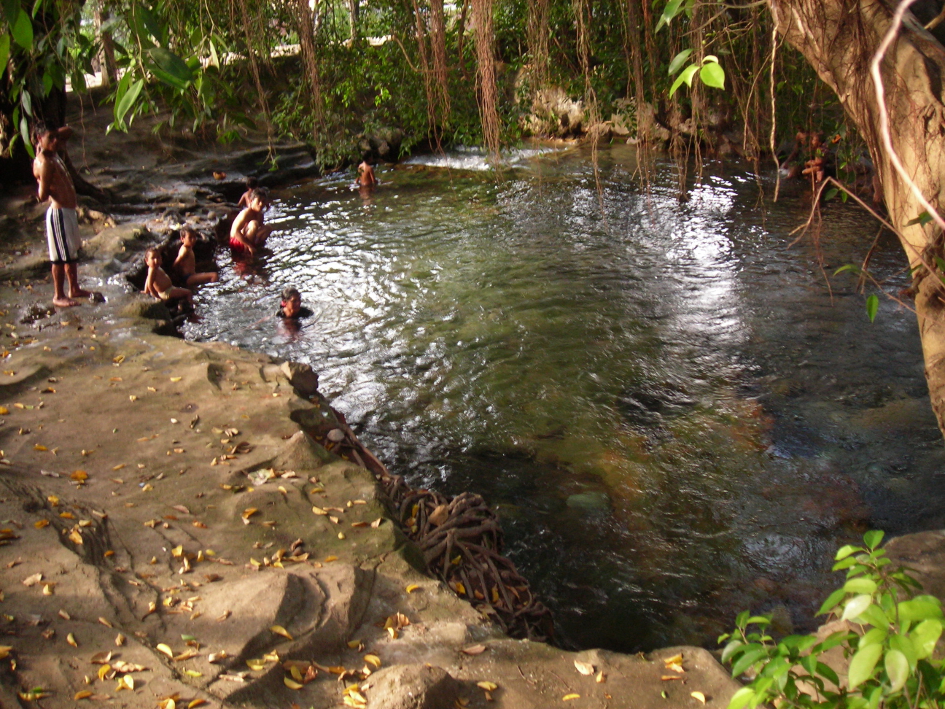 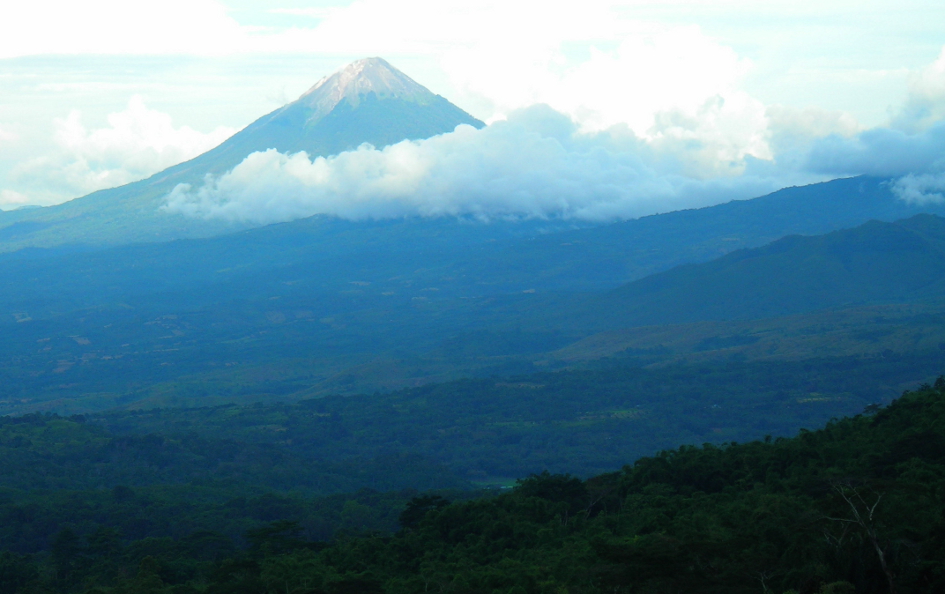 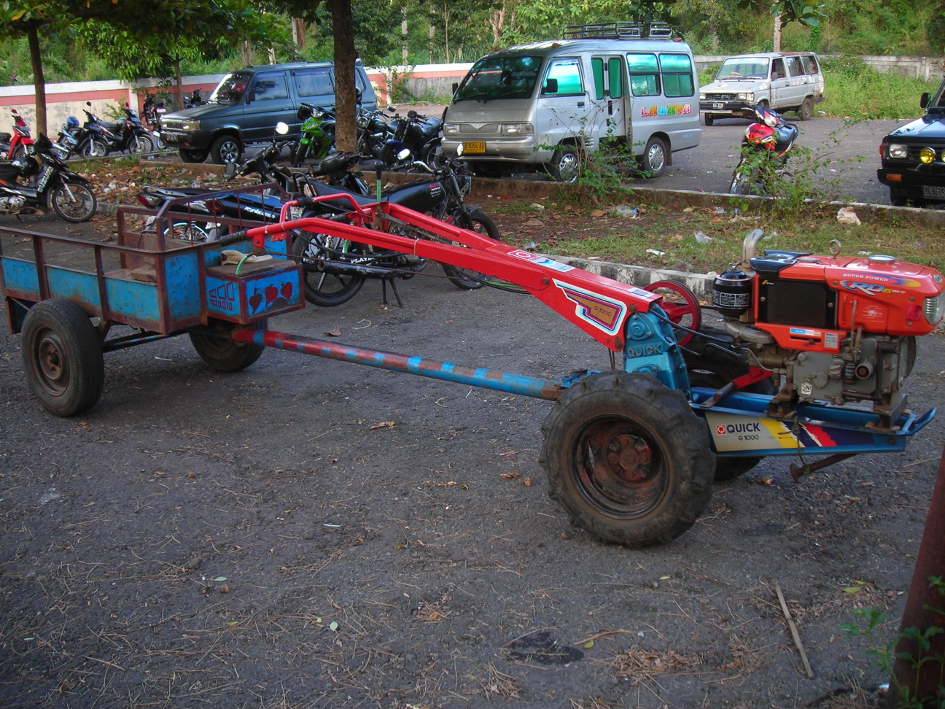