March 24th, 2011 (December 2010)– So there we were. Back in Mopti with 11 days left before we were supposed to be in Timbuktu for the Festival in the Desert. We were so mentally exhausted from gallivanting around Mali that we came to the difficult conclusion that we simply could not take any more.

Although we genuinely wanted to experience the festival (that was the whole point of coming to Mali) we realized that if we had to occupy ourselves for 11 days we would be so indescribably miserable for festival time that it would be pointless anyway. And the price of food and lodging would start to add up. Any way we sliced it the enterprise felt like a lost cause. Time to pull the ripcord. We raised the white flag. My exact words were 'F*** it!'

So determined were we to leave Mali in our rear view mirror that we each sacrificed the $50 deposit we left with the tour operator (Hamma) we met in Djenne to secure a spot for the festival. Seeing as he had so much time to find replacements we thought he might agree to refund our deposit. Yes, and acrobatic elephants might do somersaults out of my ass.

When Leslie called him he told us we were required to make good on the remaining balance as well ($300 US each). He pointed out we had signed a contract, the 'contract' being a blank piece of paper scribbled on by Hamma's friend laying out all the terms, signed by both of us, and then copied by me in my own notebook (gotta have a copy). We experienced this phenomenon in Mauritania as well (Remember Ahmed?). There is a tendency to treat these informal documents as if they were written in blood and notarized by Jesus, Moses, or Mohammed. I am curious to know what would happen if he had screwed us and I showed up at a police station with nothing but the ostensible infallibility of the 'contract' as ammunition. Ummmm….yeah. No way I could've forged that document. Ever. Leslie told him we'd be in touch (wink, wink, nudge, nudge). He made a hundred dollars for freezle so we felt we could live with ourselves for backing out.

Back to Bamako via the 'supposed-to-be-air-conditioned-unventilated-blast-the-most-annoying-music-you-can-manage-I'm-fermenting-in-my-own-jucies' bus. To be honest it was fairly smooth for an eight hour bus ride in Mali. It could have been worse. It can always be worse. We were overjoyed to arrive back our hotel of choice, The Sleeping Camel in Bamako. Yes.

So now all we had to do was get out of Mali. Easier said than done. We considered exploring other parts of West Africa but ran into a few roadblocks. In Guinea there had recently been elections that were marred by all sorts of political and ethnic violence resulting at one stage in the closing of all borders. By the time we were ready to leave it was possible to fly in but we were not so sure if the land borders would be passable which might preclude us from crossing into adjacent countries. So with Guinea as a possible roadblock to onward travel Senegal, Sierra Leone, and Liberia were out. We'd just come from Mauritania. Niger had Al Qaeda issues and is not such an easy place to breeze around to begin with. How about Cote D'Ivoire? This was right around the time Laurent Gbagbo decided any presidential election not resulting in his victory must be bullshit so he refused to step down. Civil war is much, much easier. We took a look at Burkina Faso but discovered that its visa fee was well over $100 for reasons no one seems to understand. I suppose it was just as well seeing as the prospect of more long, drawn out bus rides did not tickle our fancies. Land crossings were out.

Flying anywhere from Mali is expensive. Anywhere. We thought about Gabon, described by J. Michael Fay as 'Africa's last Eden.' It is insanely expensive but we had the 'once in a lifetime look at this wild hair up my ass' attitude towards the country. Unfortunately, many of the eco-tour conservation efforts we were hoping to experience had fizzled. Due to a conflict with Gabon's regulatory aviation body the premier eco lodge (Loango Lodge owned by Africa's Eden) was forced to shut down. We thought about Equatorial Guinea but discovered that the country is less than welcoming to tourists. You have to buy a permit just to carry a camera ($80 I believe) and then constantly show it, your passport, and who knows what else to every Tom, Dick, and Harry in a uniform. We considered the Congo and the prospect of tracking down Lowland Gorillas but discovered it is a logistical nightmare requiring a little more foresight than I am normally capable of. And we'd read reports that a troop of gorillas had been hit hard by Ebola. How fortuitous.

This all became more than a little vexing. We decided it was time to get out of West Africa. Since it is expensive to fly anywhere we concluded that we might as well just head all the way to South Africa for shits and giggles. First problem solved. The next problem was buying the ticket. We went to a travel agent but found they had just closed for the weekend. The fact that it was New Year's Eve weekend did not exactly help. 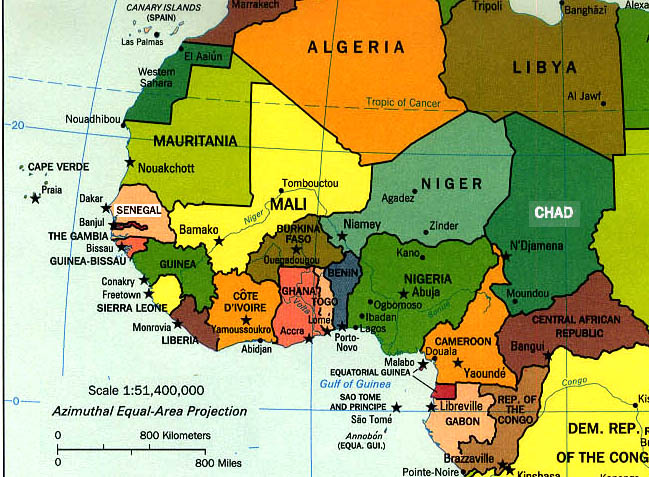 We tried buying tickets online but had a problem using our credit cards. As it happens it can be exceedingly difficult to do so because banks find purchases from West Africa inherently suspicious. One of the owner's of our hotel said he normally has a friend back in the UK buy the tickets online for him so he can avoid the hassle of faxes or bank transfers. We simply could not purchase our tickets. We tried Opodo, Edreams, Ethiopian Airlines, Etihad Airlines, Kenya Airlines, so on and so forth muther fucker!

I thought I was going to lose my shit but on New Year's Eve around 8 pm we managed to buy our tickets at the eleventh hour from….drum roll please…Expedia.com for a flight leaving early the next morning. And it was on Ethiopian Airlines! We could not buy the flight from their website directly but Expedia.com, based in the U.S.A, was no problem. Right.

We had some extra cash (around 25,000 CFA - $50 US) but thought we would buy food at the airport and exchange the rest. When we arrived for our early morning flight we discovered there was nowhere to buy drinks or food and no place to exchange money. Excellent. I could either use the CFAs to wipe my ass or as souvenirs. I'm still deciding.
Posted by Rich at 6:57 AM