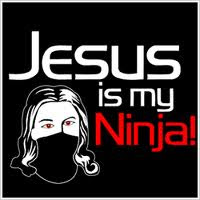 Oct 1st, 2010 - Tunisia is 98% Sunni Muslim. If I were a Christian missionary I suppose I could view that statistic as the basis for an act of futility or choose to see it as one 'hell' of an opportunity. Think of all the potential converts. Fish in a barrel? Only one problem. It is technically illegal for non-Muslims to proselytize to Muslims. Missionary groups are allowed to be here but not allowed to go full throttle, at least not with the 'yet to be convinced'. They are allowed to preach to the choir, so to speak, but considering the very small population of Christians (or Jews for that matter) it is not as if there will be large revivals. And even then there are strict requirements on gatherings. It is legal for a Muslim to convert to another religion just not at the behest of a non-Muslim. What if they see the light on their 'own'? Well, game on I guess.

A Tunisian friend invited me to an English club he attends established by a group of young Americans, mostly from Texas I believe. The idea behind the club is to accelerate a cultural exchange and give Tunisians studying English a chance to practice with native speakers. Super. The group met in a courtyard inside Tunis' medina. From the onset something felt a little off. I could tell from the moment that I was introduced to one of my fellow Americans that 'outsiders' were not particularly welcome. And the way one of the females was addressing the group (while standing on a chair) seemed a little like she was speaking to a class of 1st graders. Not that there is anything particularly suspicious in that behavior (especially when speaking to folks that may not have a grasp of English) but something about the whole scene felt a little 'preachy'. After speaking to a few Tunisians that were in attendance I realized why. Apparently, it starts with these meetings and as American members of the group become better acquainted with their Tunisian counterparts the relationship becomes more intimate (coffee dates, dinner invitations, etc.). At some point, when a member of Jesus Incognito (my name, not theirs) is sufficiently confident that their friend will not report them, out comes the Bible.

One Tunisian women I spoke with thought that I was part of the gang. This explained questions like 'What do you think of Islam?' followed by an explanation as to why it is superior (i.e. the true path). Awkwaaaaaaard!!! However, once she realized I was not part of the Christian Assault Squad she began sharing some of her experiences and explained how members of J.I. slowly introduce their beliefs to possible convertees. English practice, childish games, coffee, dinner, Jesus.

Obviously, these folks are supported by a religiously affiliated group back in the US. As I understand it they come for varying intervals to live and work/volunteer. In my view they are taking a risk as you need not possess Sherlock Holmes-type mental acuity to spot their ulterior motive. This probably explains J.I.'s preferred ban on outsiders. My Tunisian pal was actually told not to bring other Americans next time.

How big a risk? Well, it appears that although they are technically committing a crime, from what I have read it is not something that would normally be addressed directly. It is much more likely that visa renewals might be rejected or kind 'invitations' to leave the country might ensue. I am not sure it is worth taking that chance but J.I. Apparently does. Granted, it is a crime quite difficult to prove as the difference between 'discussing' and 'proselytizing' is a bit blurry. Still, I must question the wisdom of such an enterprise.

Chance of success plus risks equal futile enterprise. If not for one glaring problem this type of activity would not much concern me. When you consider that many in the Arab world are suspicious of US motives to begin with it is a little unsettling to ponder the consequences. Does this not play into the whole 'conspiracy of the west' to stamp out Islam and replace it with Christianity or Judaism? We have enough PR issues as it is without the Bible thumpers confirming what radical elements in the Muslim world have been saying for years. In my opinion they are doing more harm than good and creating an atmosphere of suspicion and mistrust. Call me crazy but I think their resources could be focused elsewhere. Then again, who the hell am I? Satan?
Posted by Rich at 7:37 AM