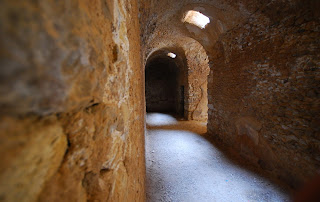 Oct 29th, 2010 - The north of Tunisia is worth a look even if the glimpse entails merely passing through via a slow meandering drive. Rolling hills, vast tracks of picturesque farmland, seaside cliffs overlooking the Mediterranean, nearly deserted country roads, and an all around mellow vibe make it worth a peek (with your own transport of course). While making a pit stop in the small city of Tabarka we stocked up on necessities, namely six bottles of wine, two bottles of gin, a bottle of vodka, and enough tonic water to bath in.

As you might guess alcohol is sometimes difficult to acquire in an Islamic country like Tunisia (although not as difficult as you would think). As Tabarka is a tourist town certain allowances are made. We took advantage. Tunisian wine is not only fabulous, but fabulously cheap to boot. A deliciously smooth bottle of vino will only set you back $2 to $4. No 'cheap wine' bite and minimal hangover. It's an alcoholic's fantasy. So we threw the box of spirits in the Punto and skedaddled.

We took in the view from a seaside promontory for a short spell, took a shits-and-giggles drive to the Algerian border, and made our way to the 'mountain' town of Ain Draham (900 meters). On the way into town a couple members of Ain Draham's finest were kind enough to stop us at a checkpoint for a passport and registration check. They provided free smiles.

Leslie and I were hoping to execute a short hike up Jebel Biri (1014 meters) the following day. We made our way to a nearby hotel that evening to inquire about hiring a guide. The guy at reception spoke no English and told us (I think) to call in the morning to find out if a guide was available. Instead we just showed up at 10 am and went for a stroll ourselves. It is not exactly the Himalayas and we did not bother going to the top (marked by a cell tower) but it was a enjoyable morning none the less. I'd read that the area was ideal for hiking, mountain biking, and horseback riding but I am not sure how to make that happen. It probably requires some grasp of French and a nonchalant attitude concerning money. Then again perhaps we just missed the signs.

On the way out of town we stopped for a bite of sheep ass. As we passed a roadside stand a man waved to me. Now when a man standing in front of a grill next to a glass case with a butchered animal hanging inside waves in your direction you clearly have no choice but to turn the car around and eat whatever the hell he is selling. At the time I did not know it was sheep and I'm pretty sure we were not actually eating the ass but I suppose it is not out of the question. He originally wanted to grill up a whopping two kilos (that's four and a half pounds) of meat! Seeing as Leslie and I are not starting defensive tackles for the NY Giants I motioned and grunted for a bit less. Although exceedingly tasty, eating sheep is akin to gnawing on a ball of fat. Yummy. He, of course, overcharged us but this was my fault for not inquiring as to price initially. So this is what happened:. When Johnny Sheepbone saw the blue license plate and two whitey folk inside he beckoned us closer for a chance to serve an obnoxious pile of meat and a subtle screwing. Glad I could do my part.

Our next stop was the Roman city of Bulla Regia. Originally a Berber settlement the site is famous in the world of archeology for its well preserved semi-subterranean homes built with the intense summer heat in mind. What is most notable about the site is the pristine nature of some of the underground dwellings, no doubt aided by the dust and debris that buried the region after the Arabs abandoned the area in the 7th century. Although most of the mosaics characteristic of North Africa have been moved to the Bardo Museum in Tunis there are still few in situ.

From Bulla Regia we made a short stop at Chemtou, the site of the largest marble quarry in North Africa. It was where the Romans extracted the highly coveted yellow marble that was prized throughout the empire. Although it is fascinating to ponder the effort it must have taken to exploit this site it was not a terribly exciting stop. The fact that the museum exhibits are labeled in French and German, no guides presented themselves to us, and we were a bit tired may have colored our perception. Perhaps, others would find the site more appealing.

And then it was off to Le Kef…… 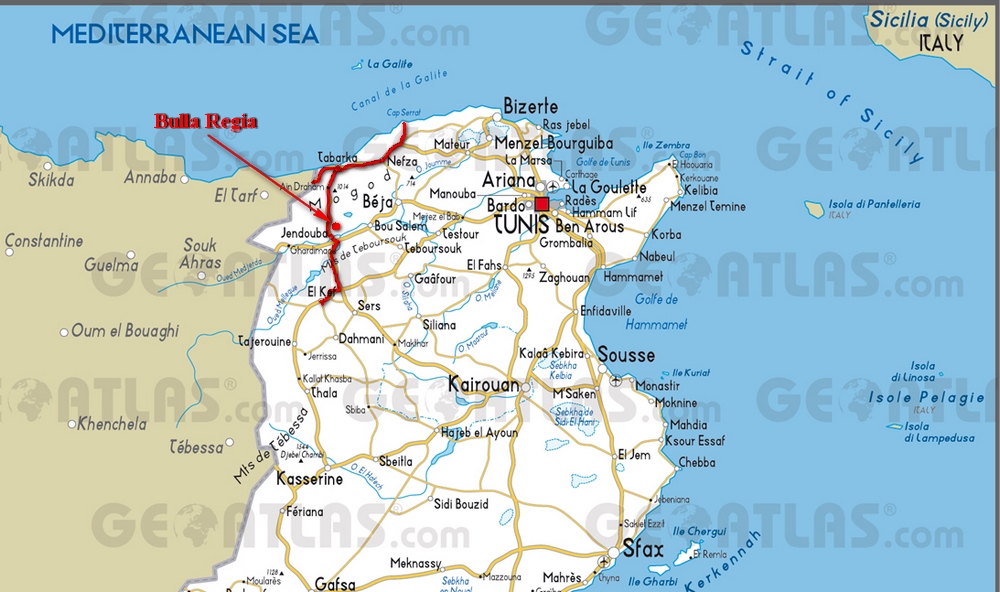 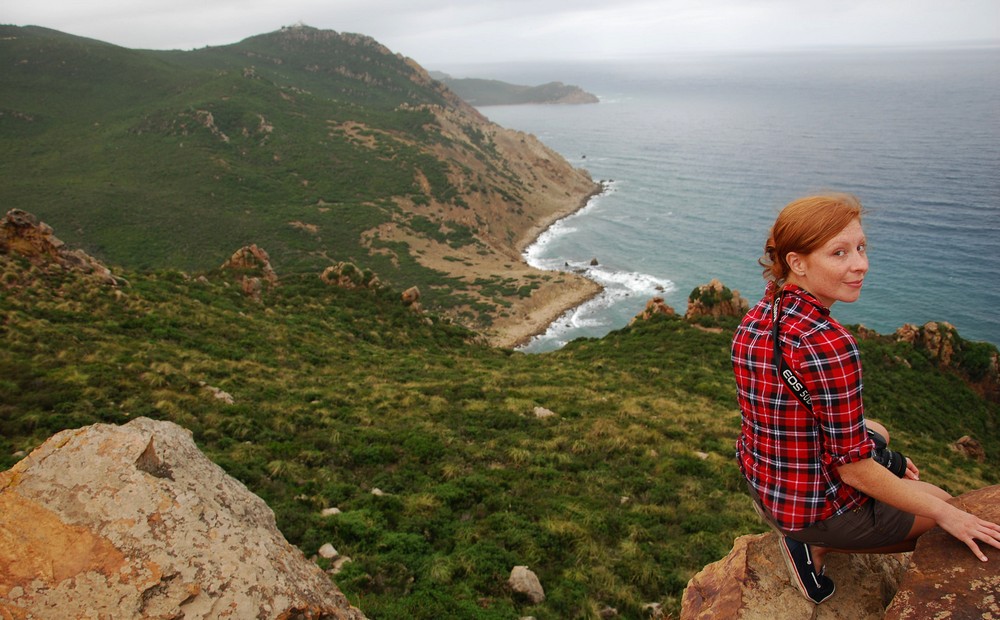 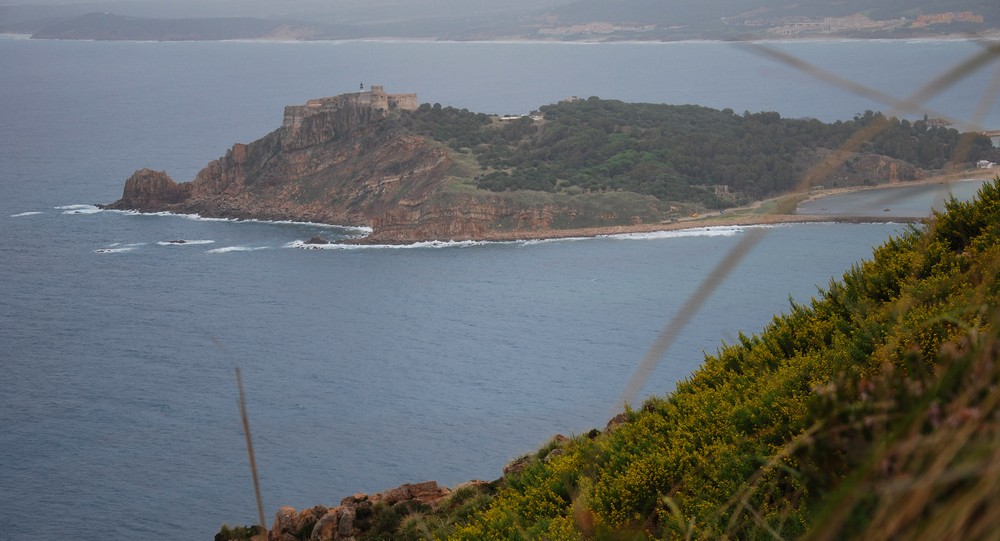 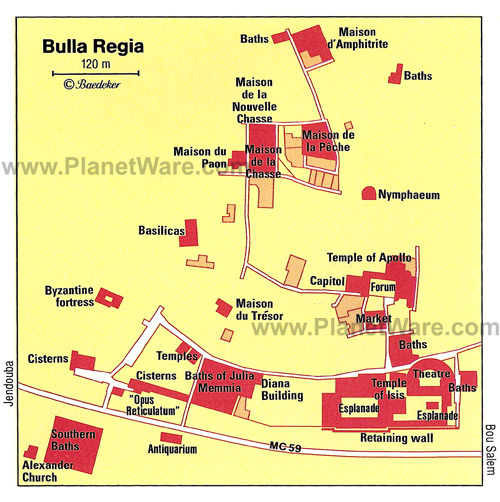 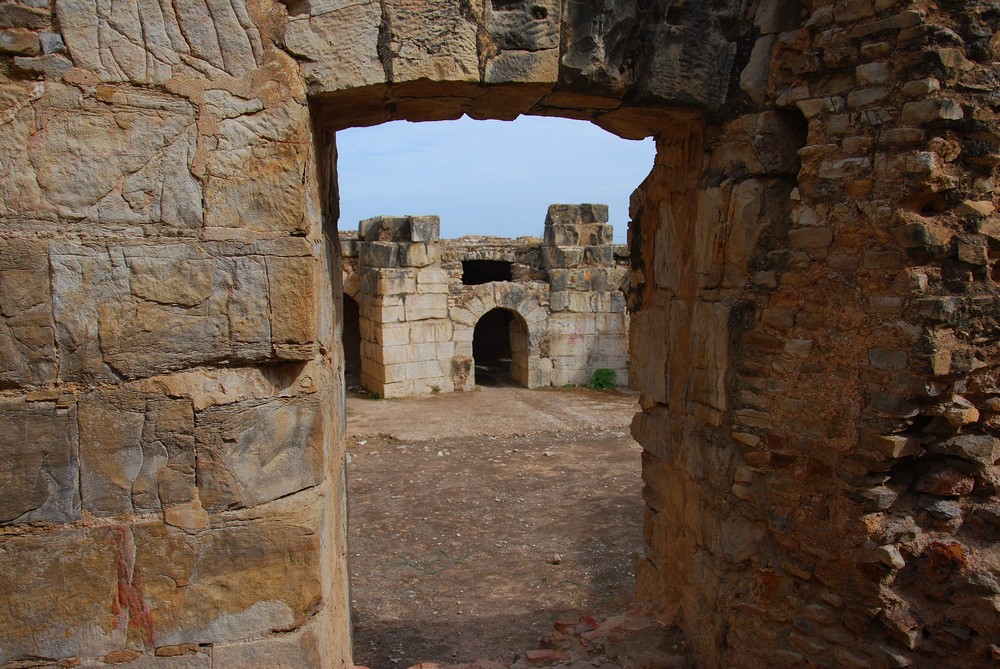 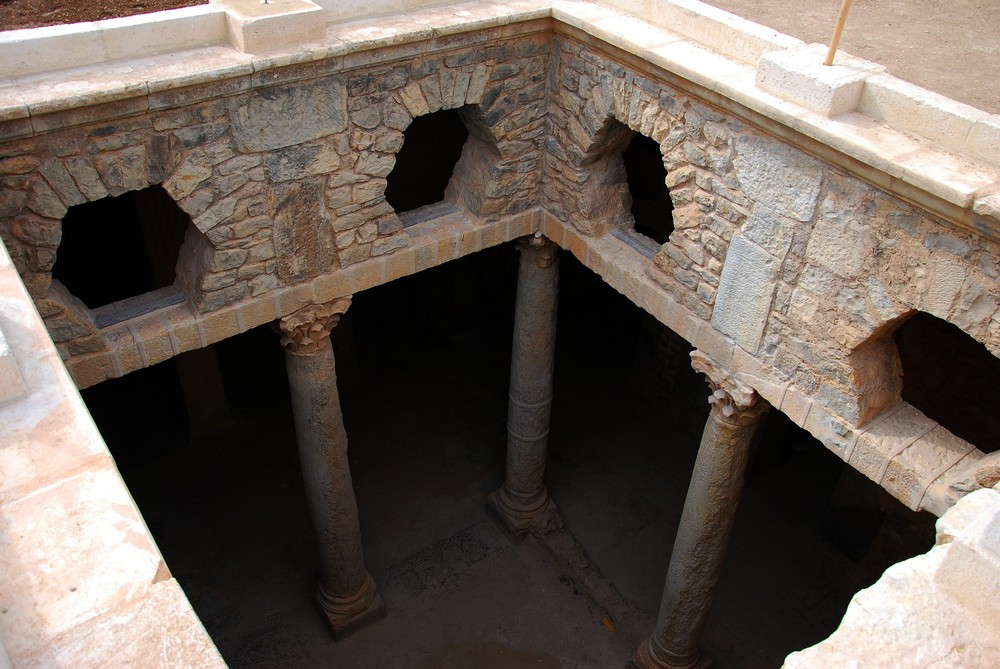 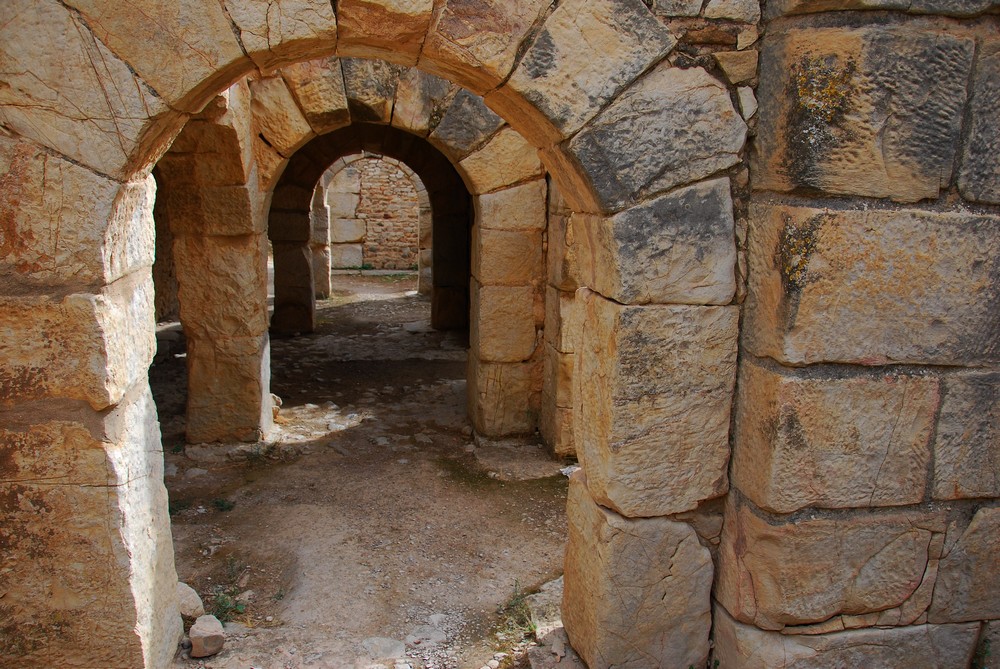 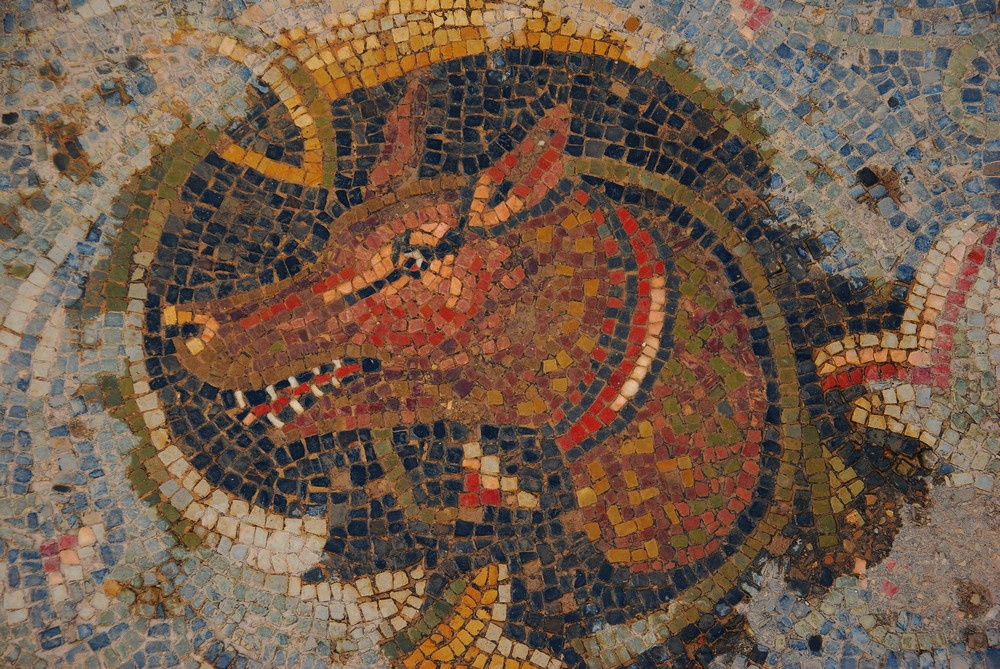 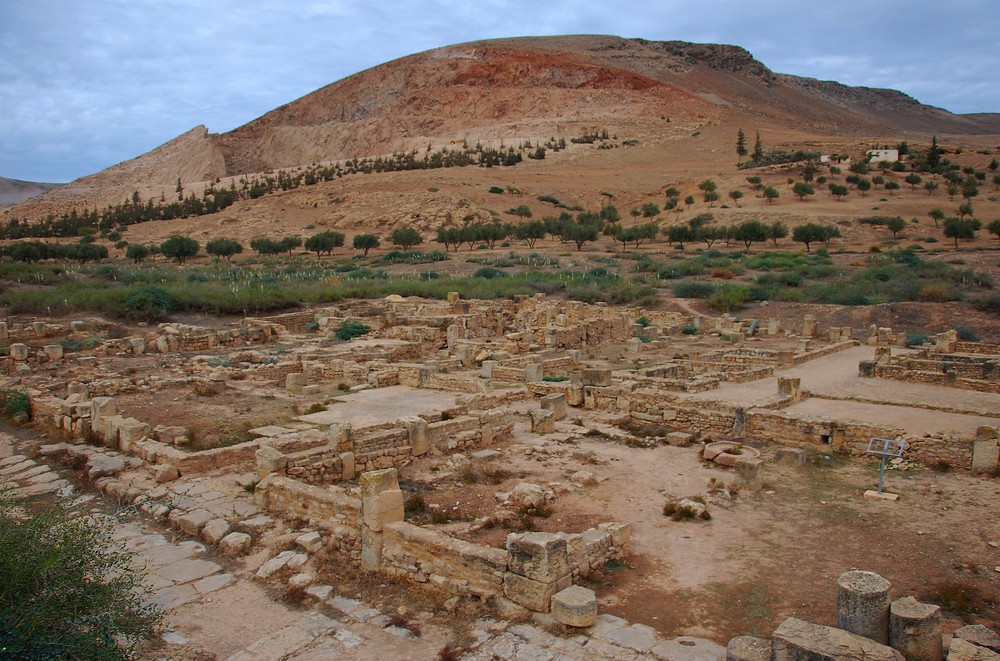 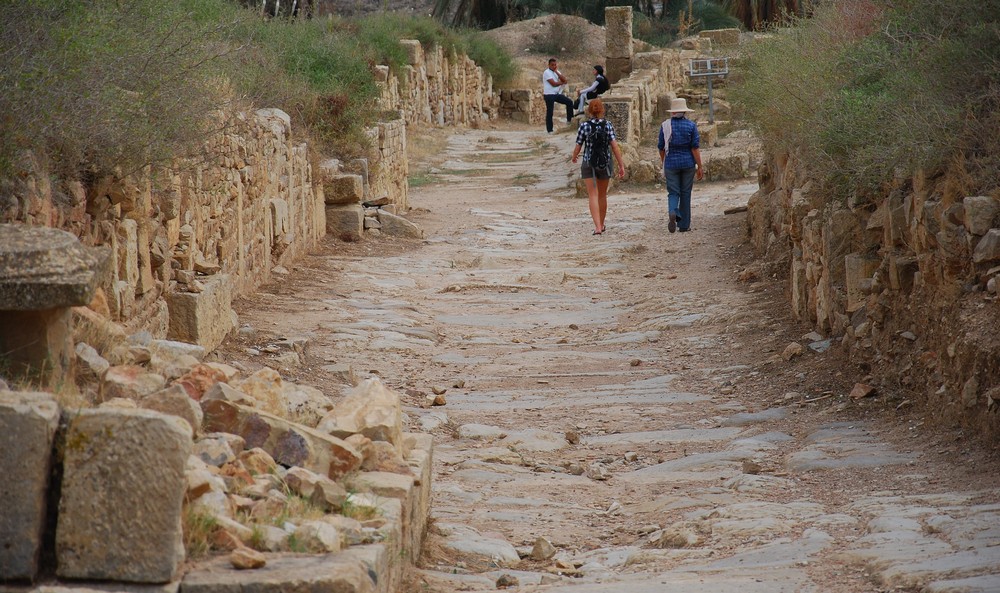 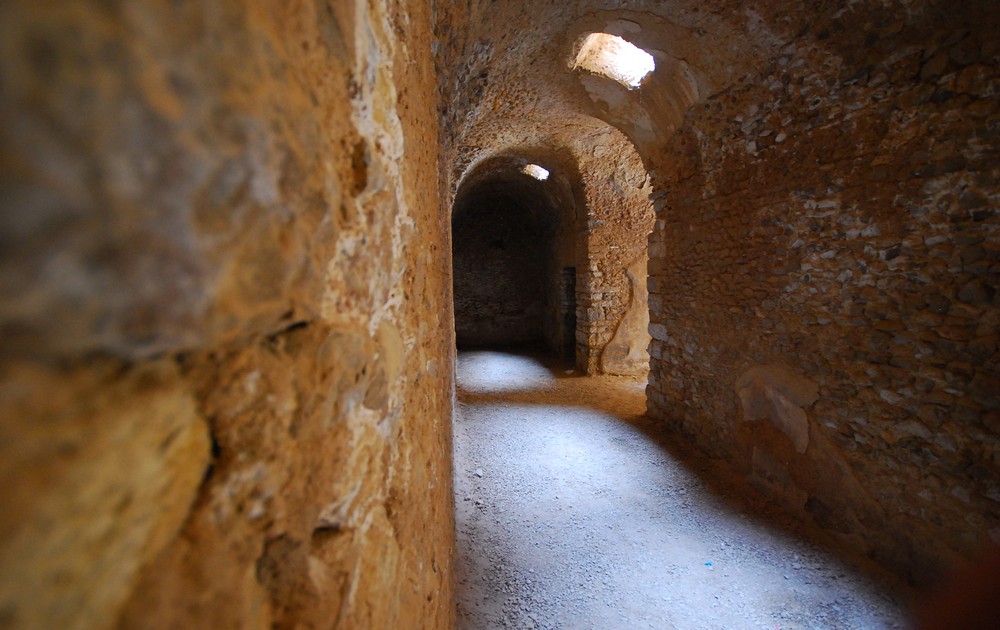 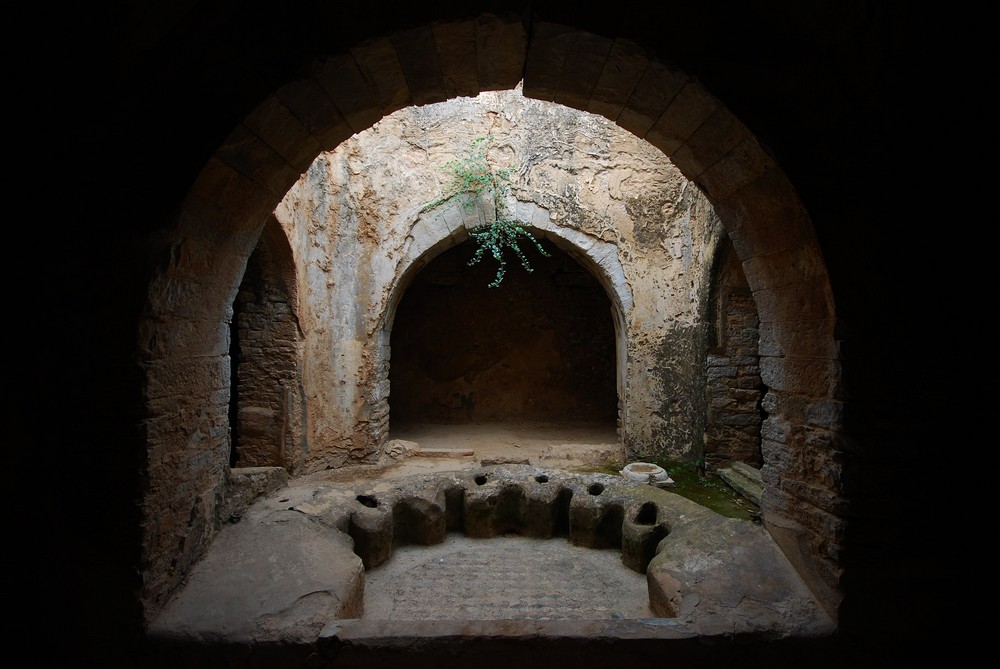 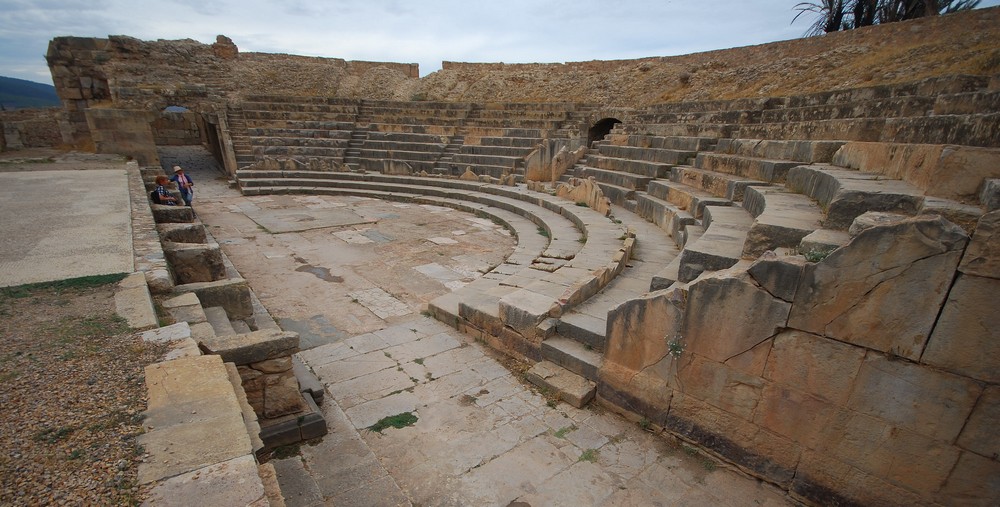 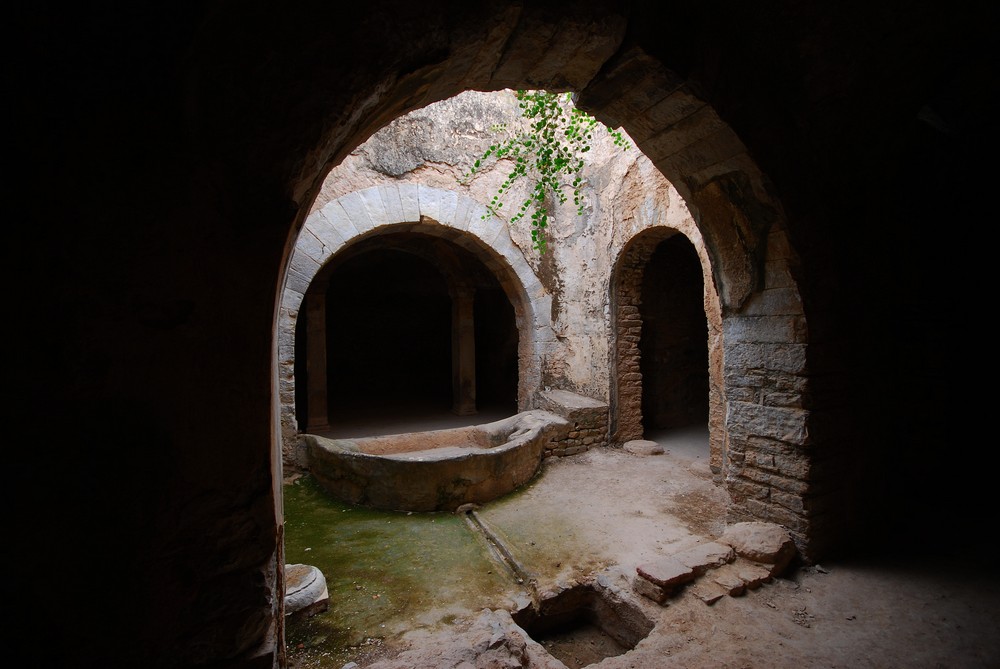 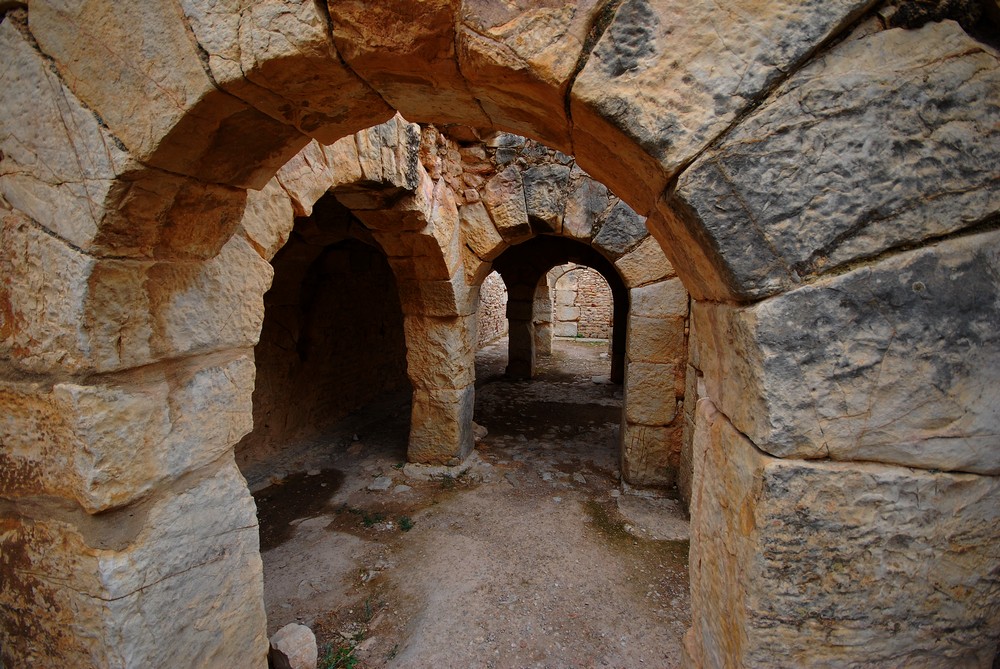 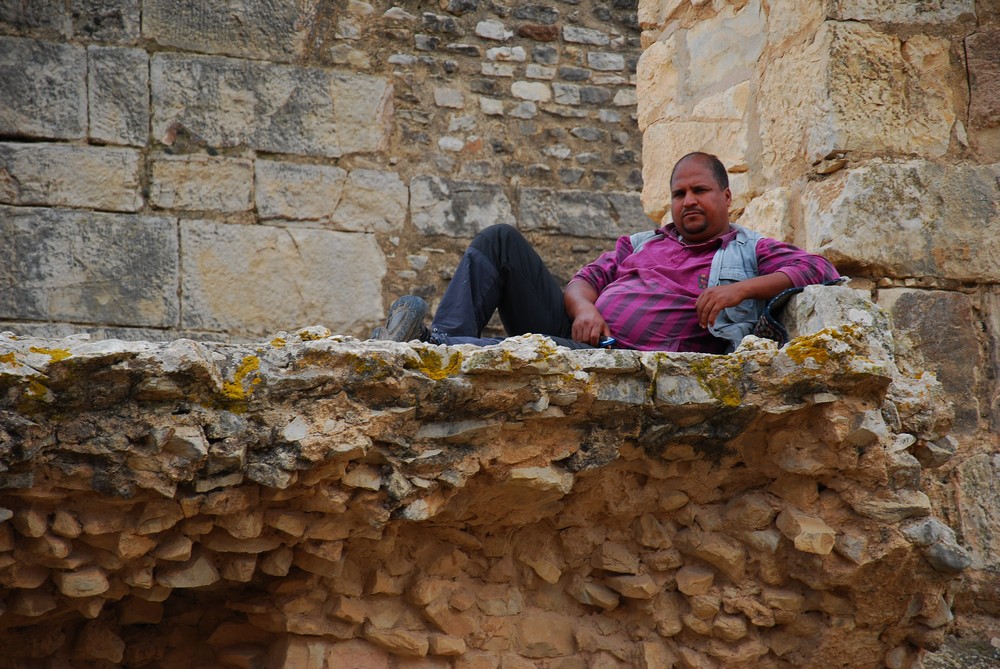