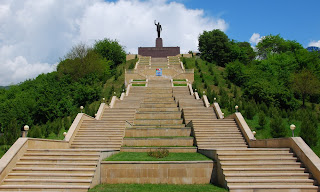 May 18th, 2010 - My gracious Peace Corping Zaqatalan host and I hopped on a marshrutka and made our way to the town of Balakan not far from the Georgian border. This city's most dominant feature is the rather grandiose park dedicated to Azerbaijan's late president, Heydar Aliyev. This dude continues to be a phenomenon in a creepy Heaven's Gate cult sort of way. You cannot escape him. There are large billboards of his likeness and monuments similar to the one in Balakan plastered all across Azerbaijan.

They recently commemorated his birthday with a festival involving flowers. No one really even seems to know the name of the festival, a point I find rather amusing. Commemorating a dead president's date of birth is one thing (Washington, Lincoln, etc.) but continuing to mark his age (his bones just turned 87 by the way) starts to bridge the gap between a healthy tribute and North Korean Kim Il Sung nuttiness.

Not that you can really blame Heydar himself as the 'Heydar has the body that rocks the party' campaign was actually put into action by his son Ilham Aliyev. Cynics (i.e. realists) might say that this patriotic offensive memorializing his dead daddy was deliberate subterfuge to steer the focus away from the fact that Pa handed Junior the presidency like the baton at an Olympic relay race. Sure there was an election but it is incredibly easy to outmaneuver your political opponents when none exist (as in not allowed to participate). Heydar stepped down and appointed Little Aliyev sole presidential candidate. Who's our daddy? Heydar is my daddy.

If I were Azeri I could be put into prison for the preceding paragraph. As a tourist I would most likely be arrested, harassed, and then deported (or incarcerated for a starring role in Prison Bitch: The Movie). Freedom of press is pretty much nonexistent in Azerbaijan. For a stark example you need only consider the case of Emin Milli and Adnan Hadjizadel, the infamous Donkey Bloggers. These two arch criminals are part of a youth movement known as OL!, an organization advocating tolerance and non-violence. They got themselves into trouble after staging a mock press conference held by a donkey and posting it on YouTube.

Why would they do such a thing? Well, it all started with the revelation that the Azeri government spent hundreds of thousands of dollars to import donkeys from Germany, viewed as a testament to rampant government corruption. In an effort to underscore the absurd nature of this transaction the mock conference was held to gain insight on the thoughts and opinions of one of these golden asses who proceeds to sing the praises of being lucky enough to enjoy donkeyhood in Azerbaijan. He also provides an anecdote about his tribulations at the airport.

Not long after posting the video Adnan and Emin were accosted in a Baku restaurant. The official government report states that Adnan and Emin were the instigators but you'd have to be huffing copious amounts of super glue to buy that croc of donkey shit. Even to this day the government asserts that the arrests were totally unrelated to the YouTube video and have nothing to do with the political views of the two miscreants. So what did the duo get for their trouble? Two and two and a half years in prison respectively on the charge of "hooliganism". While they were at it they should have slapped them with "stupidism", "freedom of speakism", and "wearing a donkey costume without a license-ism". For more information you can check out the Facebook page created to help get the word out about their unjust detainment. Shit, I think I just went political. Tell your friends. Below is the video that started it all. 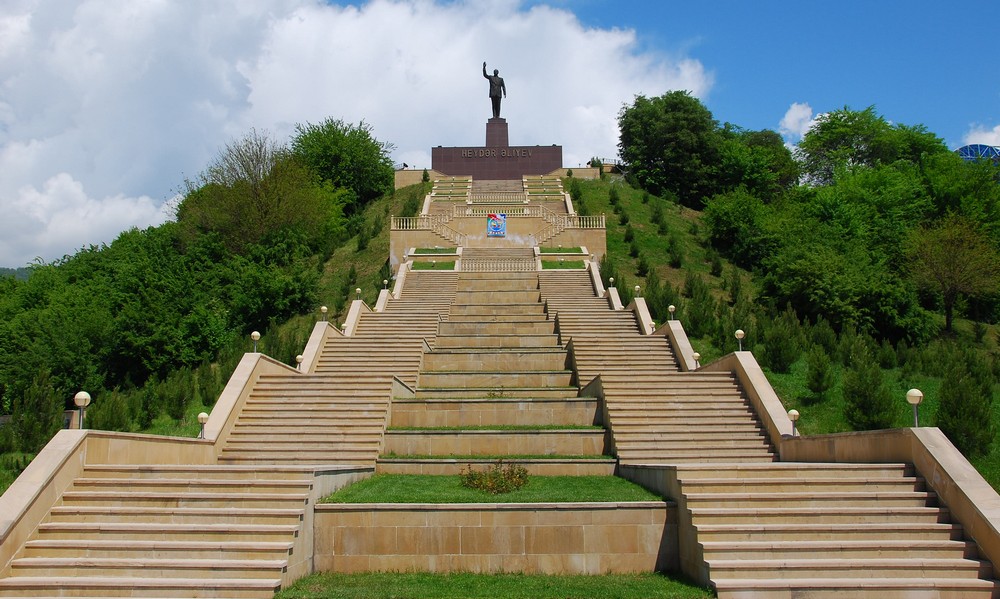 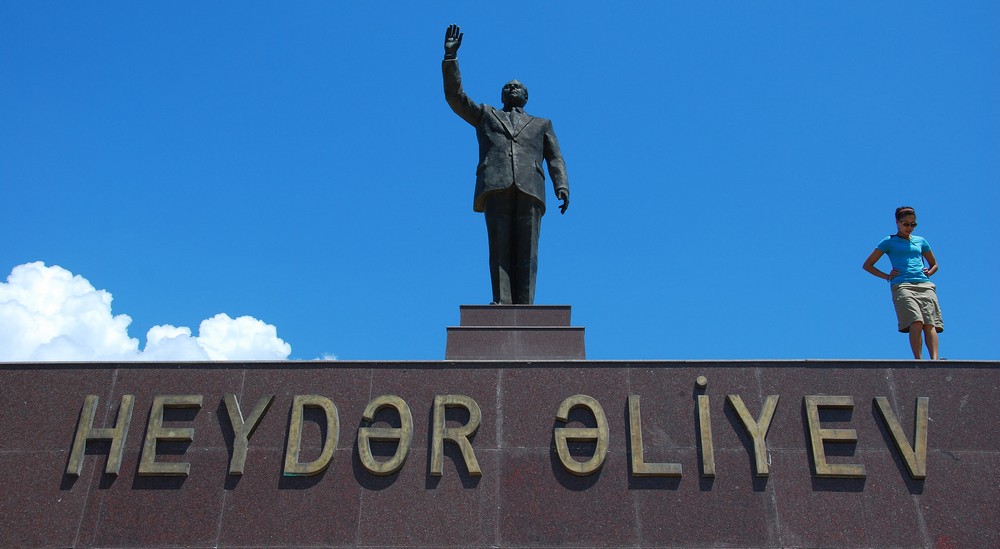 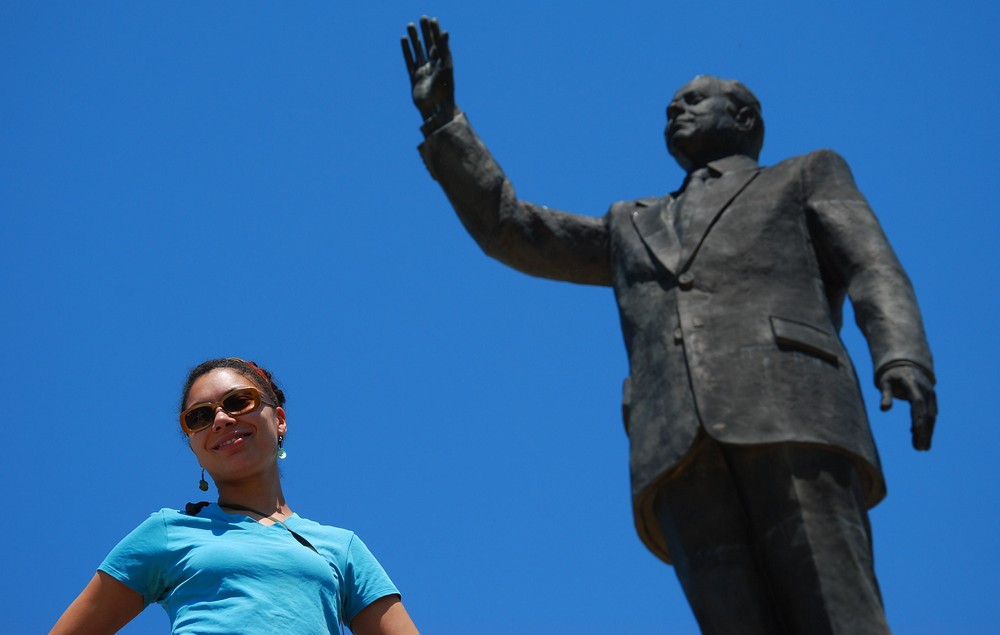 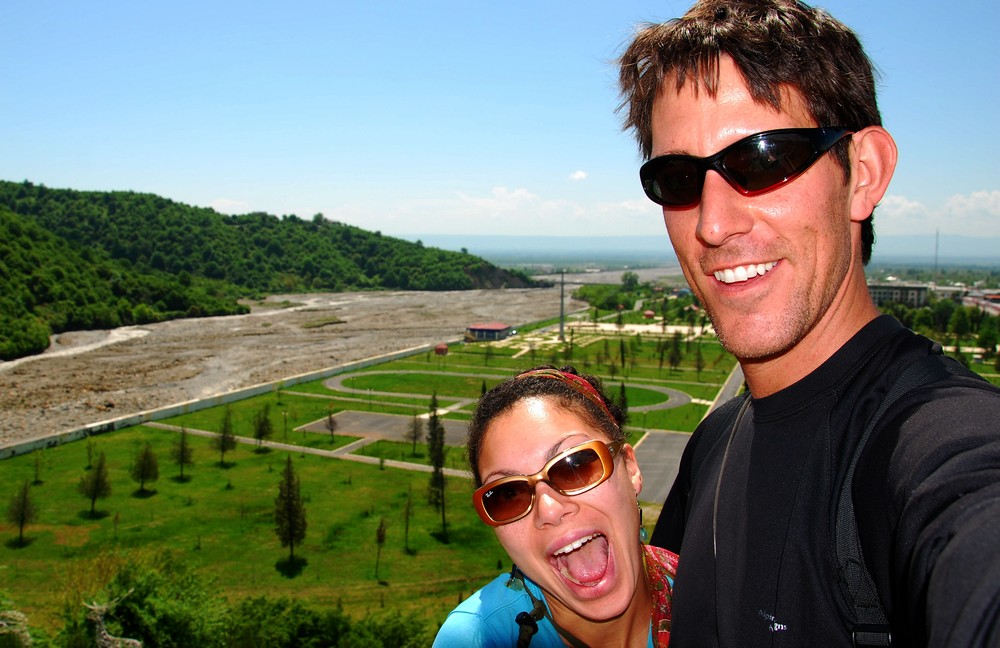 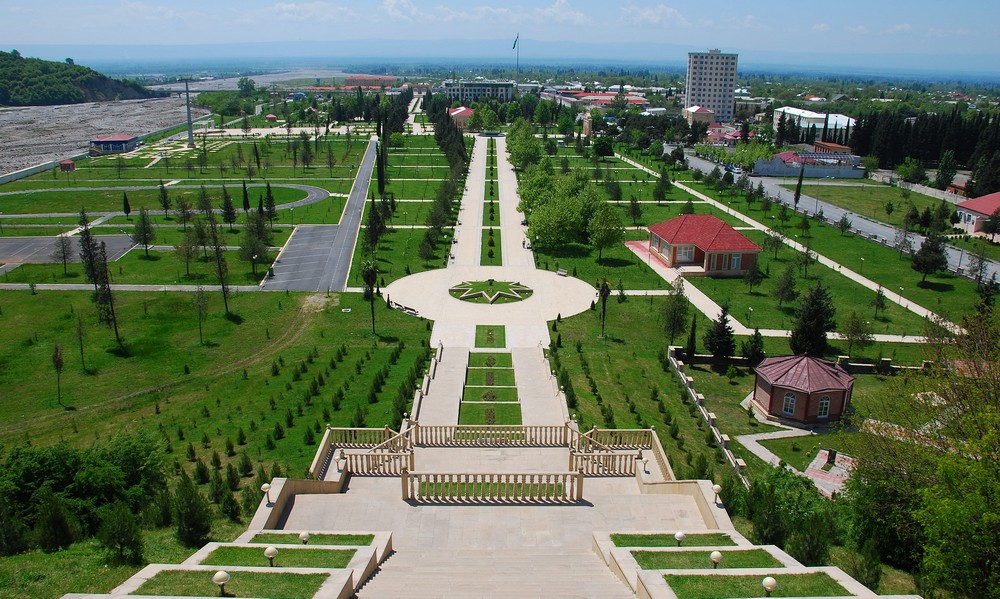 "We have to dare to be ourselves, however frightening or strange that self may prove to be."
— May Sarton
Posted by Rich at 8:18 AM