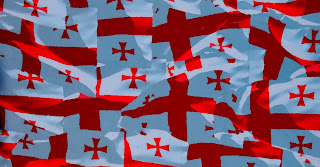 May 28th, 2010 - There is a legend in Georgia that goes a something like this: After God created the world he then began doling out land to his folks. Well, as it happened the Georgians were so busy feasting and celebrating they missed the lottery. When they finally did show up they were displeased to discover that there was nowhere left for them to settle. Upon taking their grievance to God they were told that it was too late and that drinking wine like it was 1999 was no excuse for their absence.

However, when the Georgians explained that God was the reason for their celebration and that they had spent the whole time toasting to his greatness God had a change of heart. In fact, he was so honored that he gave them the land he was reserving for himself (as this was the most beautiful place on earth). He gave them Georgia.

This might be one reason why, throughout history, empires (Romans, Turks, Arabs, Persians, Russians) have made invasion a regular habit. Being at the nexus of Europe and Asia does not exactly help either. Through it all the Georgians have managed to remain, well, Georgian. It has not always been easy. It still isn't.

May 26th is Georgia's Independence Day celebration but it does not commemorate the event you might think, i.e. the country's liberation from the Soviet Union in 1991 (April 9th was the date of that). Instead it celebrates the country's first liberation from Russia in 1918 that materialized as a result of the Russian Civil War. It was short-lived as the Red Army marched on Tbilisi in February of 1921. The U.S.S.R is no more. The Cold War is a thing of the past. Super. Someone might want to inform the Kremlin.


Politically, I know not my ass from a hole in the ground. That being said it is not easy, by just about anyone's measure, to paint Russia's actions in the South Ossetia War in a positive light. There are those that believe that Georgia's President, Mikheil Saakashvili, precipitated the outbreak of hostilities by firing the first shots but a closer inspection of the record might lead one to conclude that his hand was forced for a number of reasons. I am not going to go into details but anyone interested in the conflict, its implications, and possible consequences should check out “A Little War That Shook The World” by Ronald D. Asmus.

Here is what I believe. Georgia wants to 'go west', which essentially means becoming part of the European Union and NATO. Russia wants NATO expansion to its borders as much as I want a tattoo of 50 Cent on my ass. Russia's response to Saakashvili's desire to 'go west' is something along the lines of 'go f*** yourself furiously'.

Not gonna happen. The Russian leadership (Putin in particular) hates Saakashvili with a fiery passion. From what I have read it is not going too far to say that they want him dead, or at the very least beat down and removed from power. Its military build-up in Abkhazia and South Ossetia as part of the area's 'neutral' peacekeeping force (talk about the fox guarding the hen house) implemented in accordance with a cease fire agreement to end the breakout of war in 1991 was undertaken as a way of intimidating Tbilisi and, as many have argued, the lead up to an invasion of sovereign Georgian territory.

Some (including Saakashvili himself) believed that war to be inevitable and that regardless of Tbilisi's actions the Russians were going to solidify their grip on Abkhazia and South Ossetia. However, what Saakashvili's actions did do was to give the Kremlin an excuse for escalating the conflict. How close Russia really came to occupying the whole of Georgia and removing the current regime is unknown but it is a fact that the Russian tanks were less than two hours from Tbilisi.

It is also a fact that one of the original conditions for Russia's restraint was the removal of Saakashvili, a democratically elected head of state. Luckily, it did not happen and a peace agreement brokered by French President Nicolas Sarkozy lead to the withdrawal of Russian troops from beyond the disputed territories, although not to the original status quo positions that existed before the conflict as Russian President Medvedev originally agreed.

So now Georgia has lost any and all influence in areas that were previously populated by proportionately large numbers of ethnic Georgians (they have been removed or 'cleansed' from the region). Its aspirations for NATO membership have been damaged considerably and the government lives under the constant knowledge that they are at the mercy of the Russian government. The West (i.e. the USA and EU) have, much to my disappointment, never fully held Russia accountable for its disproportionate response during the conflict and its blatant disregard for international law. Why? Folks are too afraid of another Cold War, a fact the Kremlin was and still is aware of (Ummmmm....appeasement?). If there ever was a country worth defending I have to believe Georgia is it.

So this was the backdrop to this year's Independence Day celebration. As I stood there listening to Saakashvili's impassioned if not altogether defiant speech and later watched as soldiers and military vehicles streamed down Tbilisi's Rustaveli Avenue I could not help getting a little caught up in the moment. For better or for worse it was clearly Saakashvili's way of saying 'Stick this in your ass!' to Georgia's unruly neighbor to the north. He would be criticized for the speech and the flagrant display of military might (saber rattling anyone?) but as much as I tried I could not help empathizing with him in particular and Georgia in general. Something about rooting for the underdog is just too damn captivating. Nobody likes a bully unless, of course, you are a bully.

"Facts do not cease to exist because they are ignored."
— Aldous Huxley 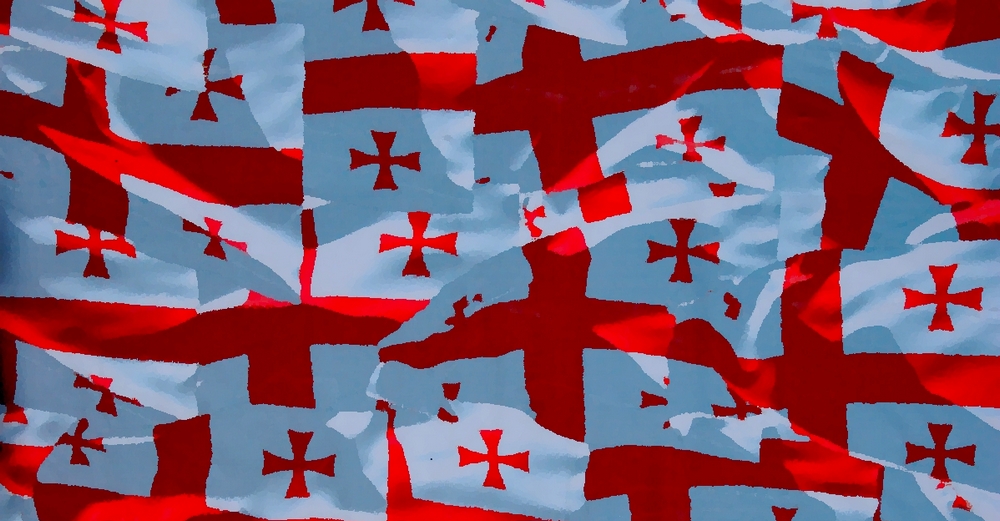 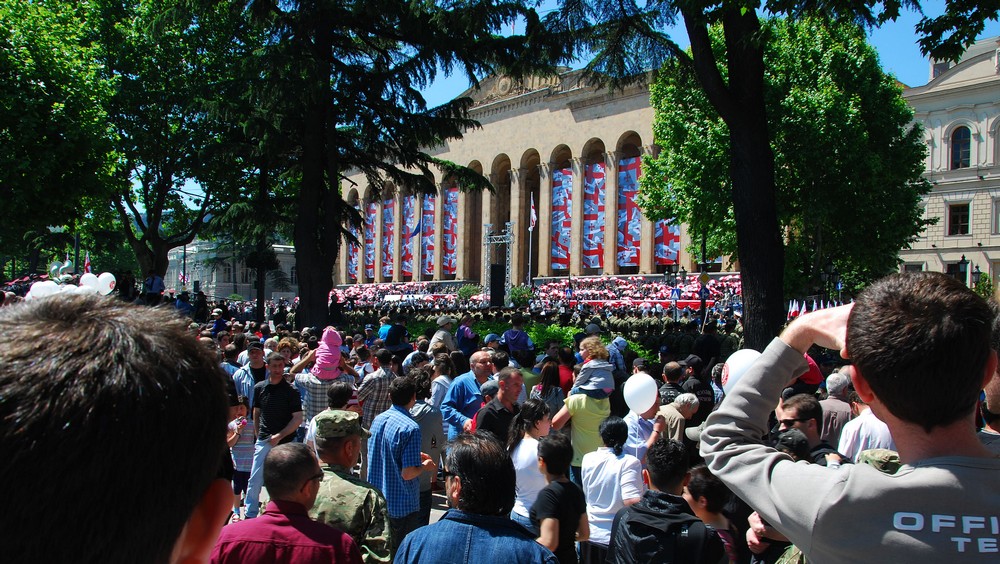 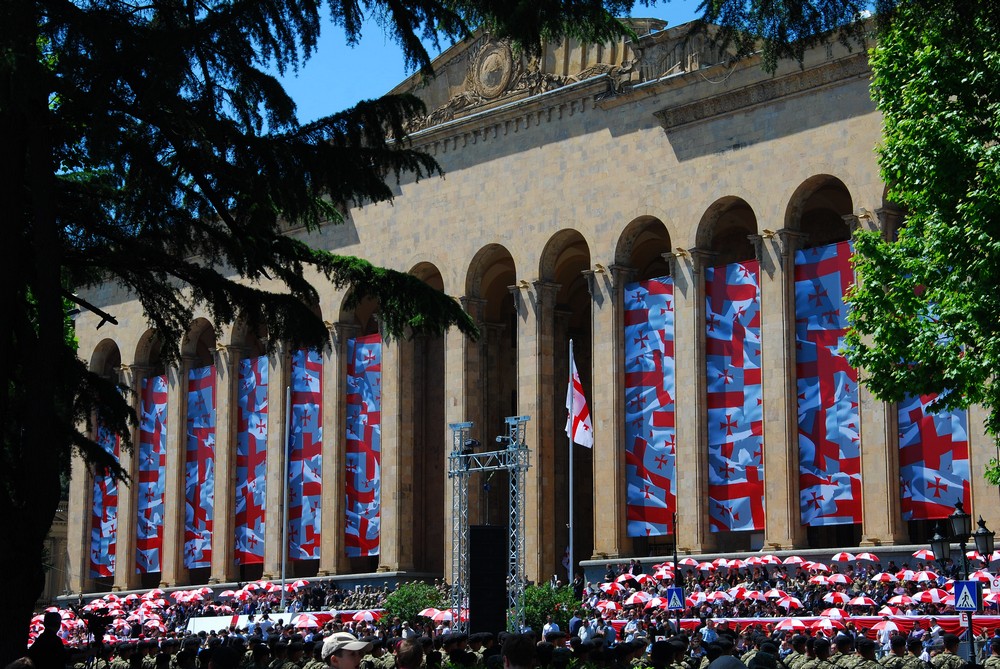 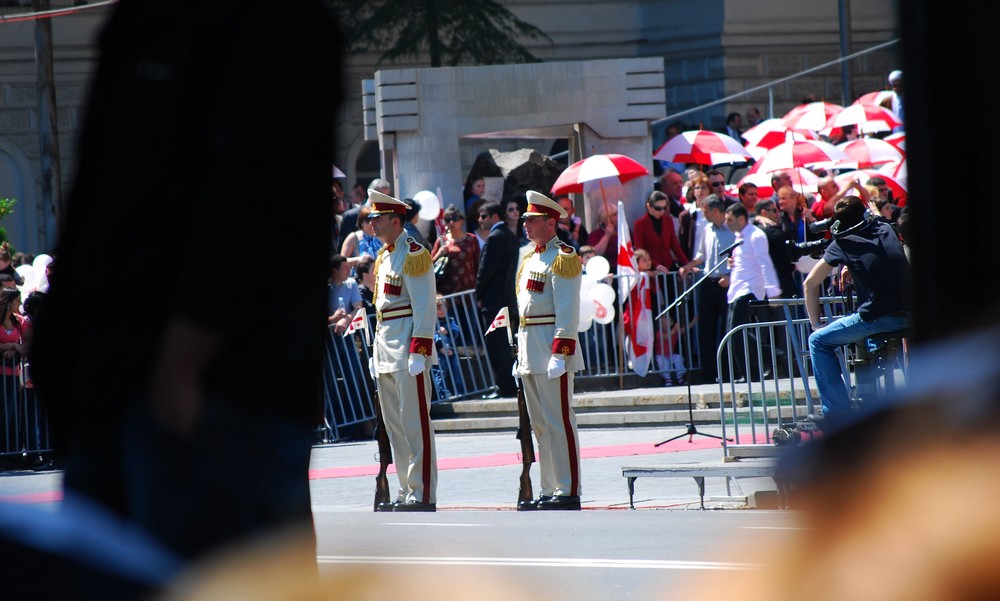 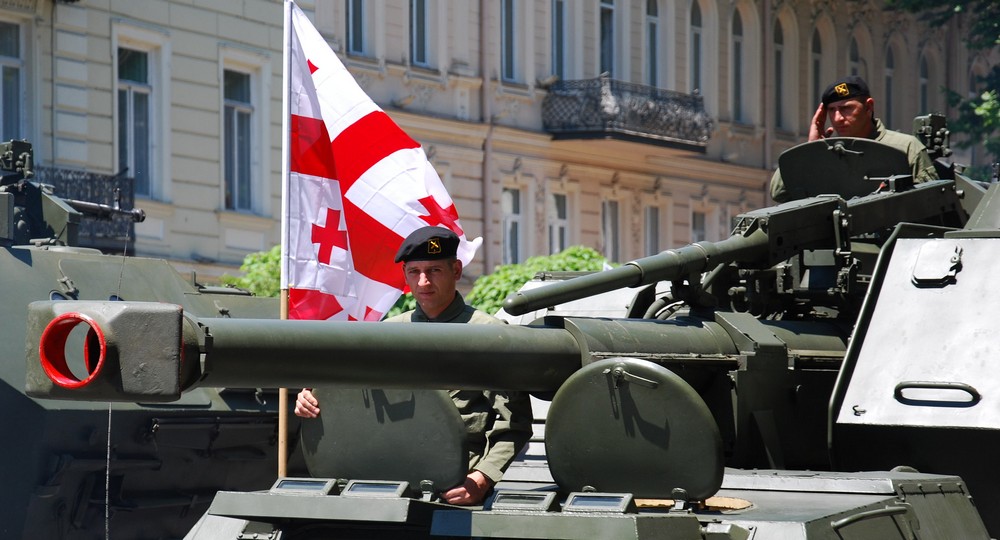 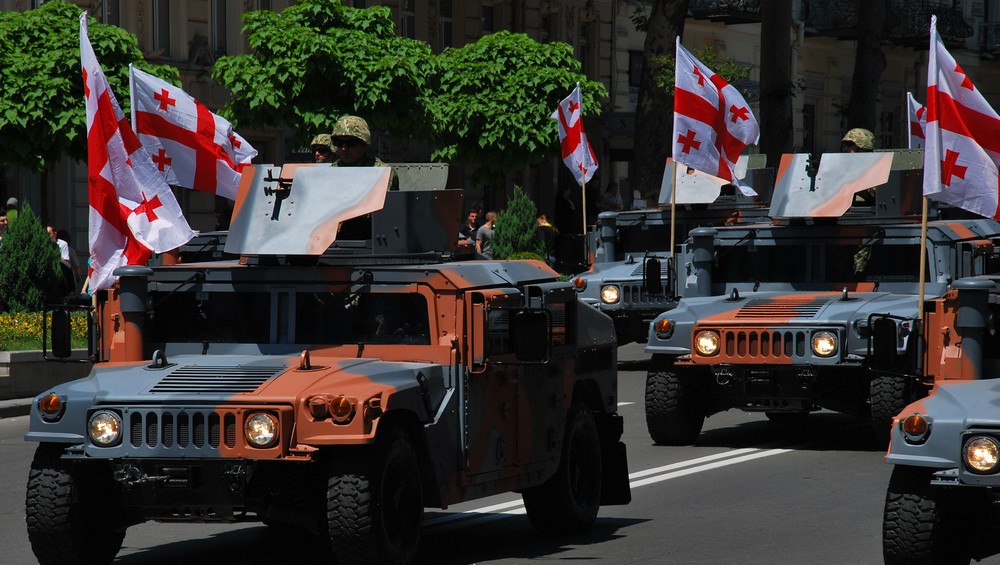 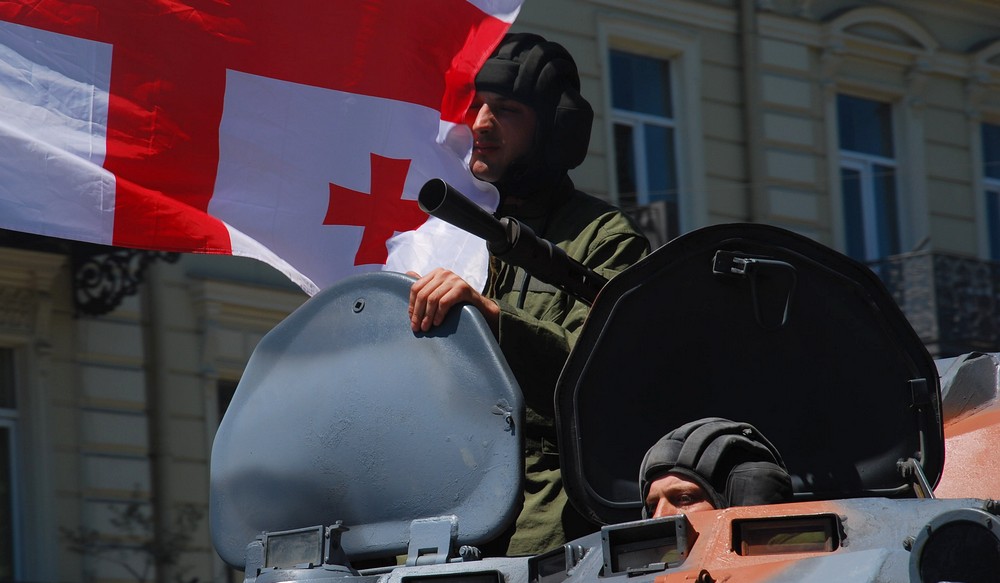 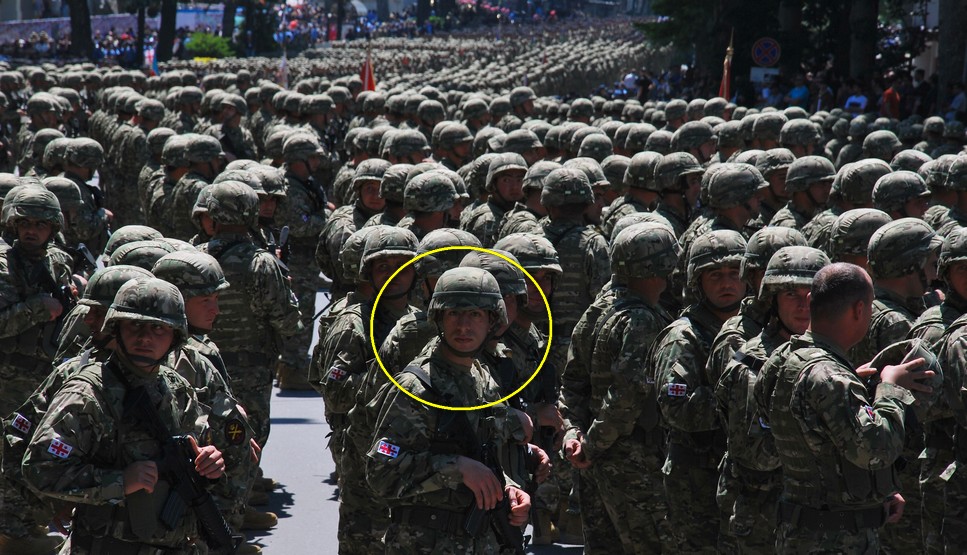