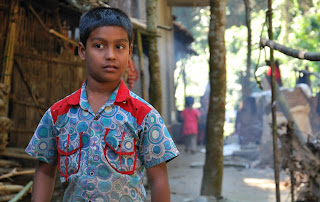 Feb 5th, 2010 - Another boat. Another bus. Back to Bandarban and the Hillside Resort. I was feeling a bit dejected as my Boga Lake/Mt. Keokradang trip was way more expensive than I'd planned and not terribly rewarding to boot. In past years kidnappings were a real threat in the Hill Tracts area. Not really an issue now (as far as I know) but it felt a little like I'd hired someone to kidnap me and then paid my own ransom. Outstanding. The Lonely Planet describes Boga Lake as stunning. Stunning? I'll give you quaint and peaceful but stunning? Nuh-uh.

I considered catching another bus to Chittagong early the next morning but instead decided to check out the village area near my guesthouse. It involved a fairly short hike to the Tripura village of Haatibandha. I am not entirely sure how many tribes there actually are in this part of Bangladesh but I've narrowed it down to a shitload.

It turned out to be an interesting morning. The hillside tract I followed weaved along a jungle stream bed. None of the surrounding forest is virgin as the Tripura people, along with all the others, practice Jhum cultivation techniques, which is basically slash and burn. The reaction I received from the folks in the first village through which I passed was similar to my Boga Lake run. Almost complete indifference with a slight hint of antipathy. To describe these people as poor is like saying the Sultan of Brunei is upper middle class. They have little and it shows. 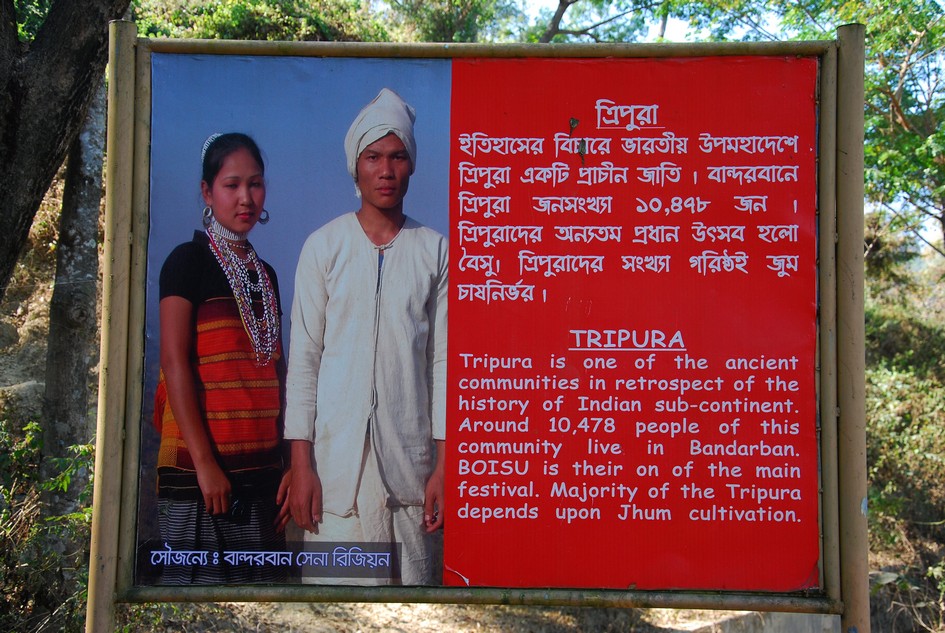 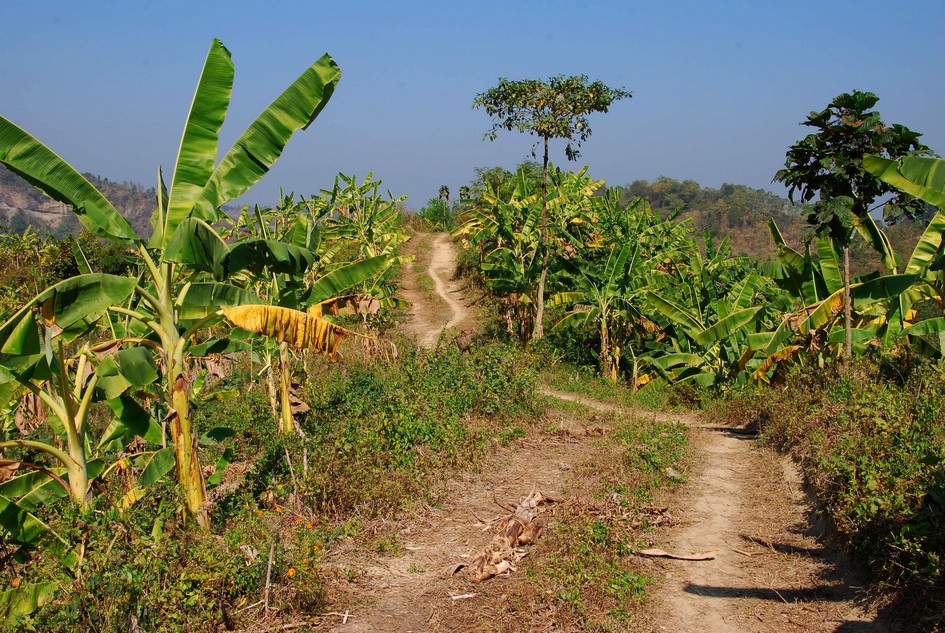 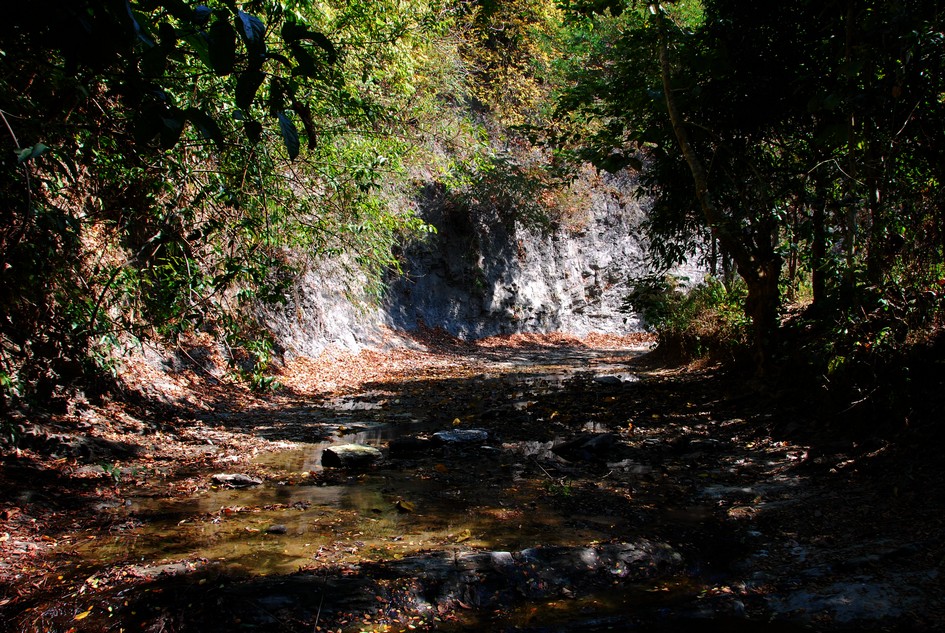 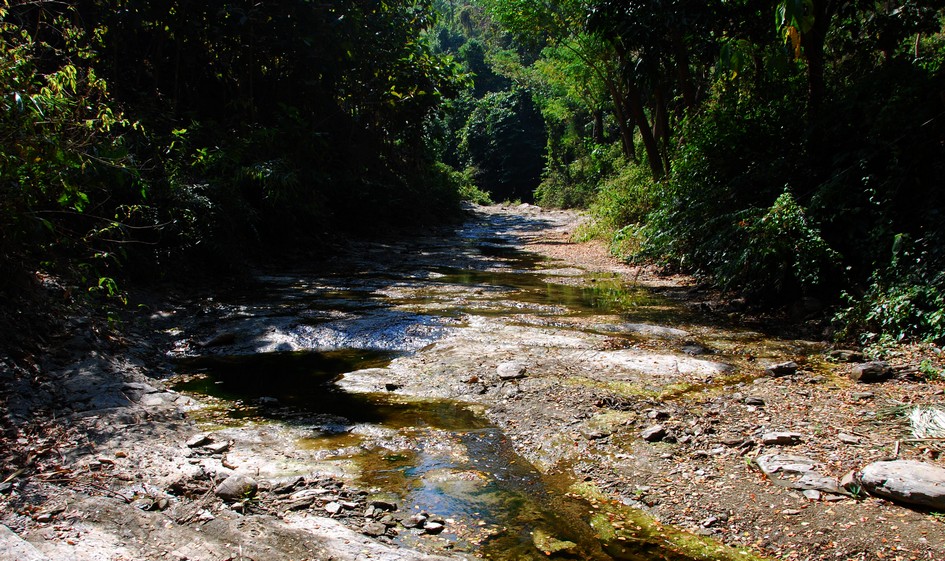 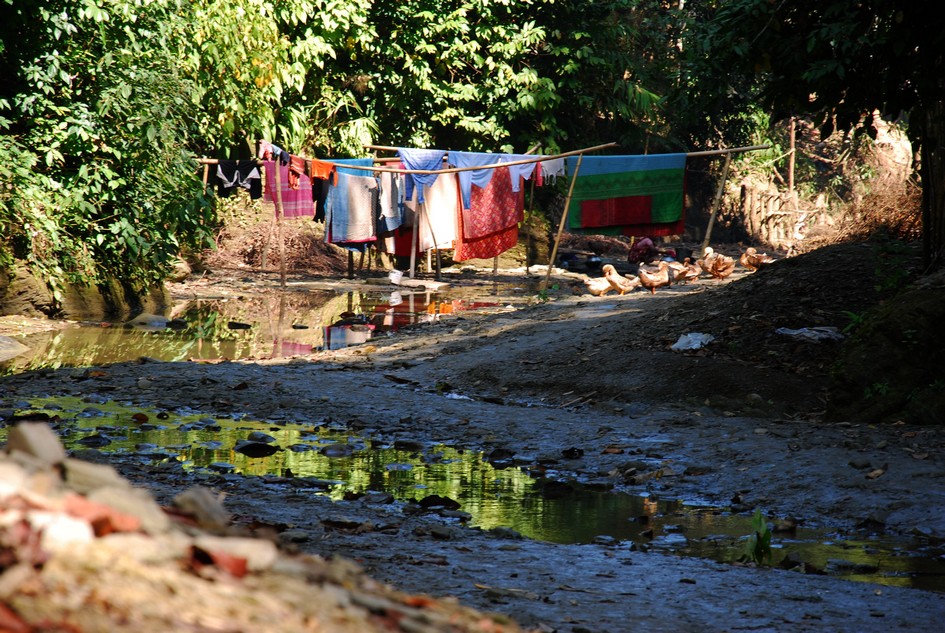 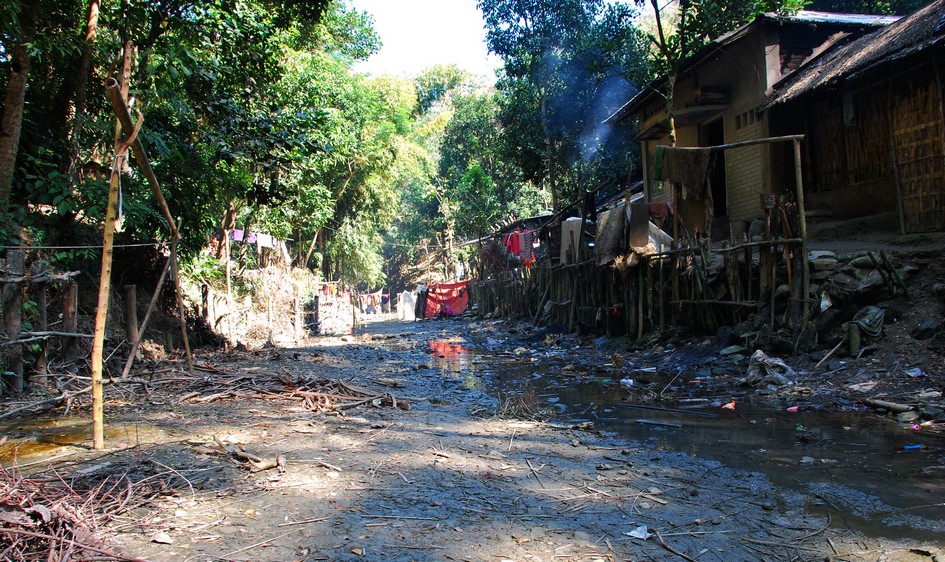 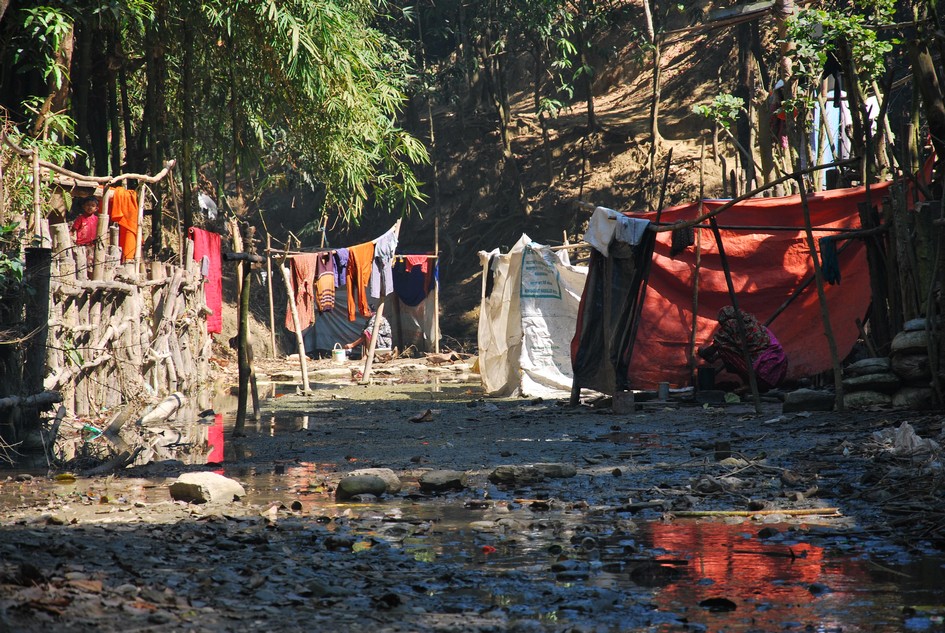 I considered turning around as I always feel like an intruder under these circumstances. I suppose that is because I was, in fact, an interloper. Imagine you are standing in your yard chopping wood, washing clothes, or doing any other of a hundred mundane domestic tasks when some asshole with a camera comes sauntering along with a 'mind if I have a look at your human zoo' expression on his face. Who the hell am I?

But I pressed on. The trail/stream bed took me through a wonderfully peaceful scene (a rare commodity in Bangladesh). I saw a man gathering food for his cow (leafy branches), folks washing clothes and dishes in the stream, men chopping wood, etc. I found myself a bit tranquilized by the backdrop.

The next village I entered was a bit more receptive to my presence as they seemed eager to have their pictures taken and engage the strange intruder. It is an amazing thing to see, but extremely difficult to swallow. Abject poverty is never an easy experience and although the folks I interacted with bore smiles their visages elicited pure unadulterated pathos. There was a sense of desperation in the air that I could almost part like a curtain. These people are not forgotten, but ignored. 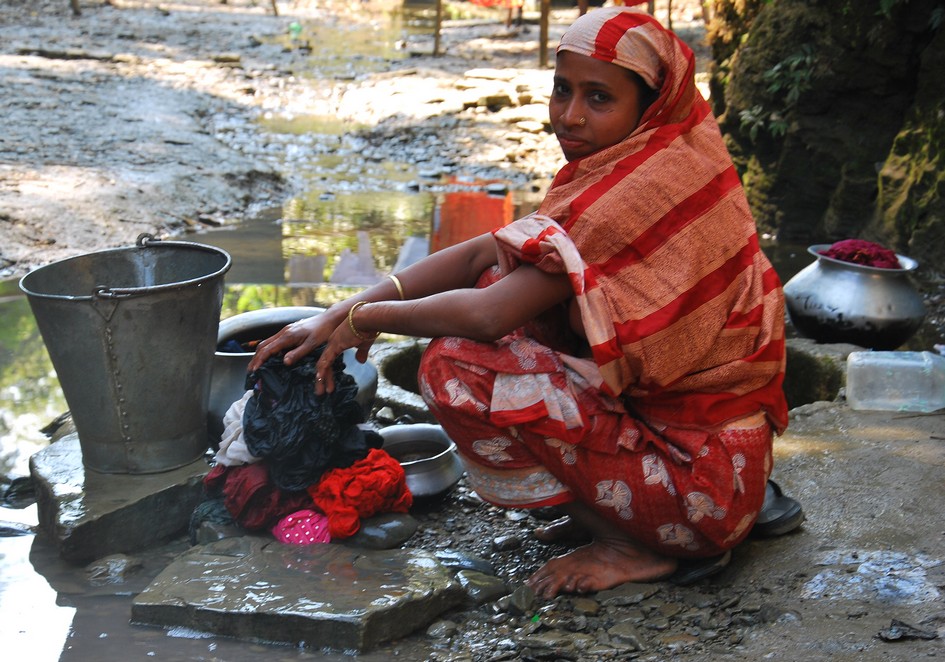 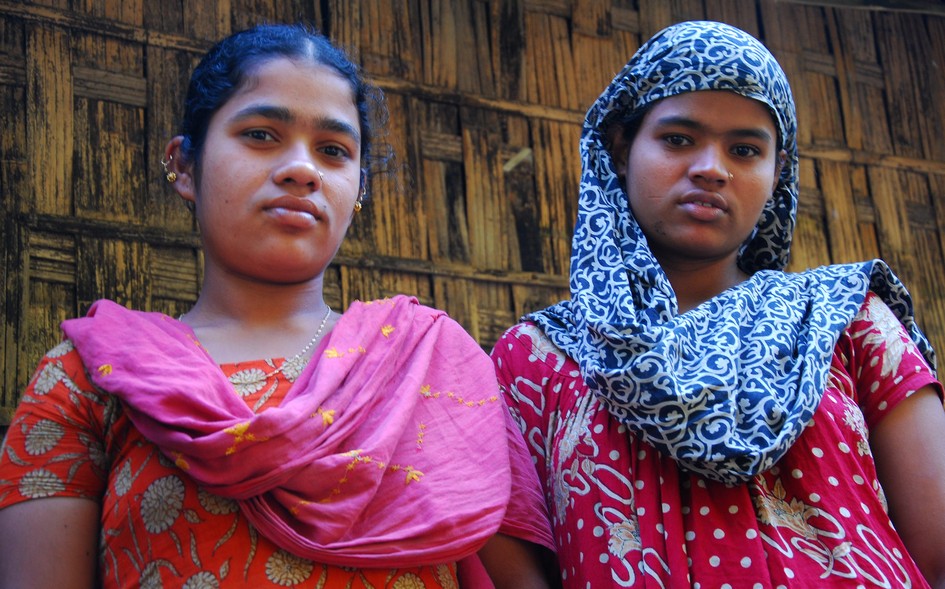 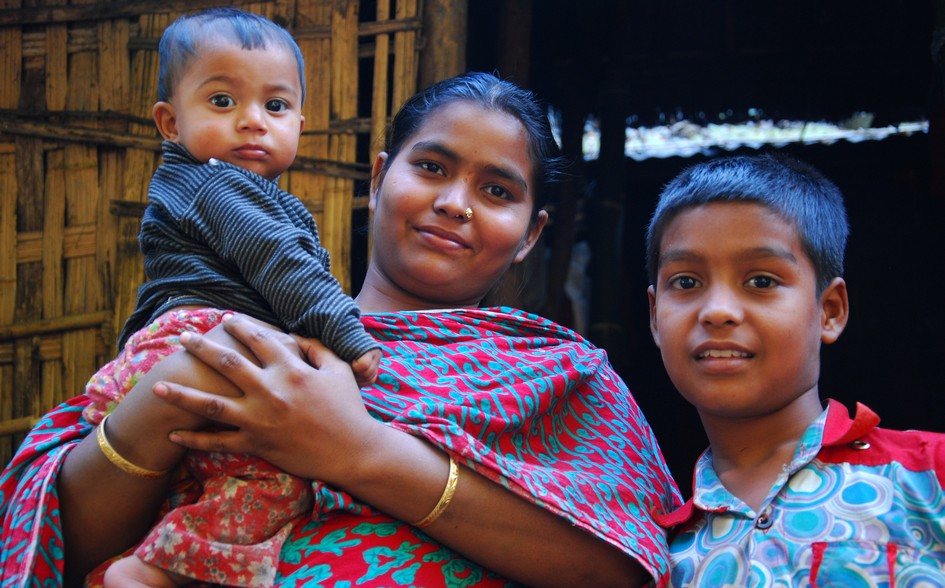 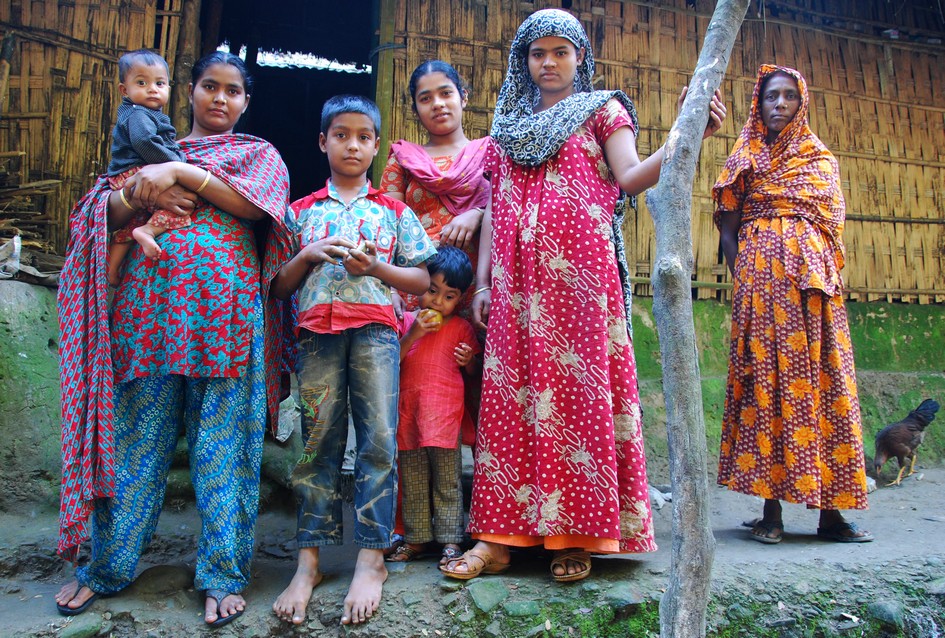 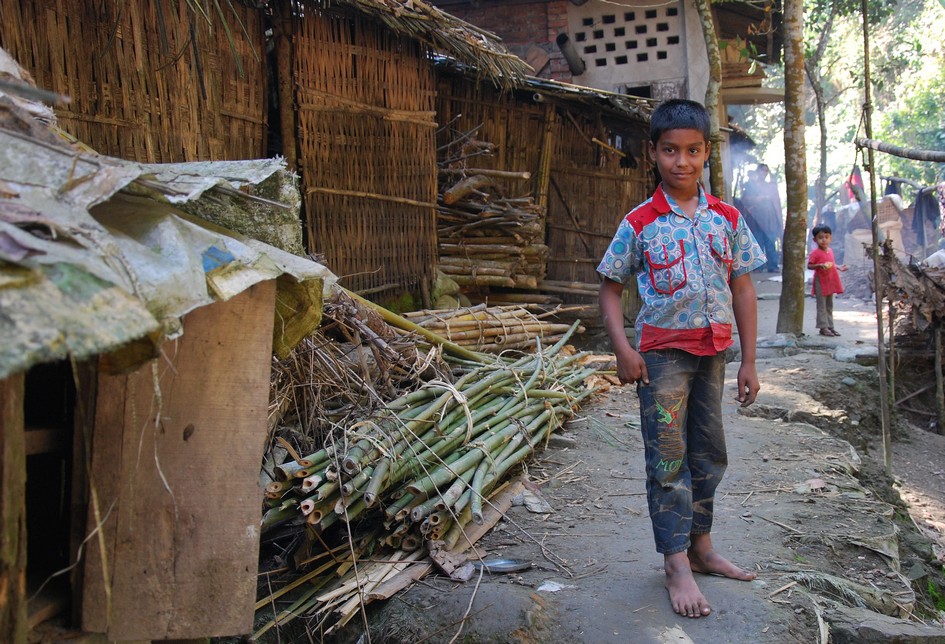 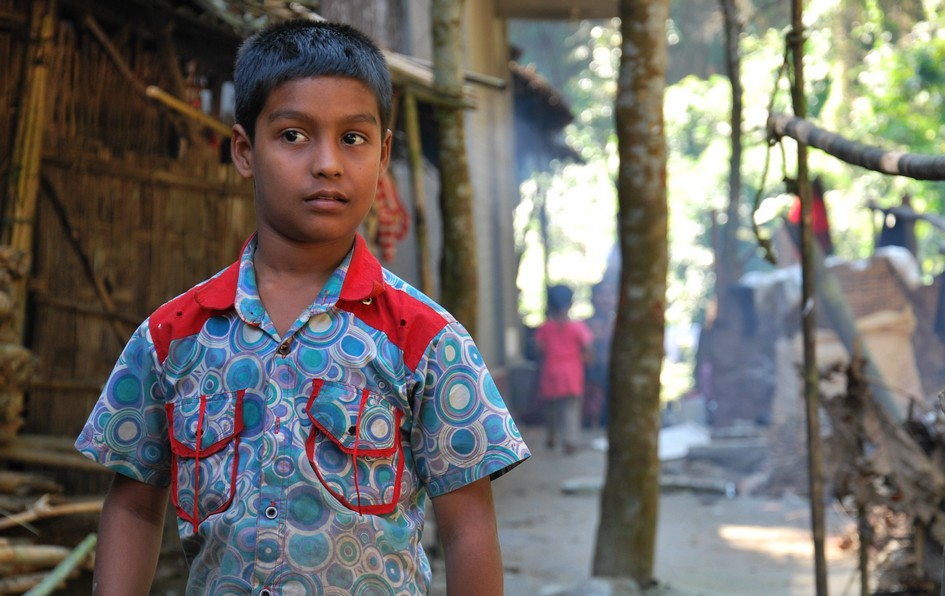 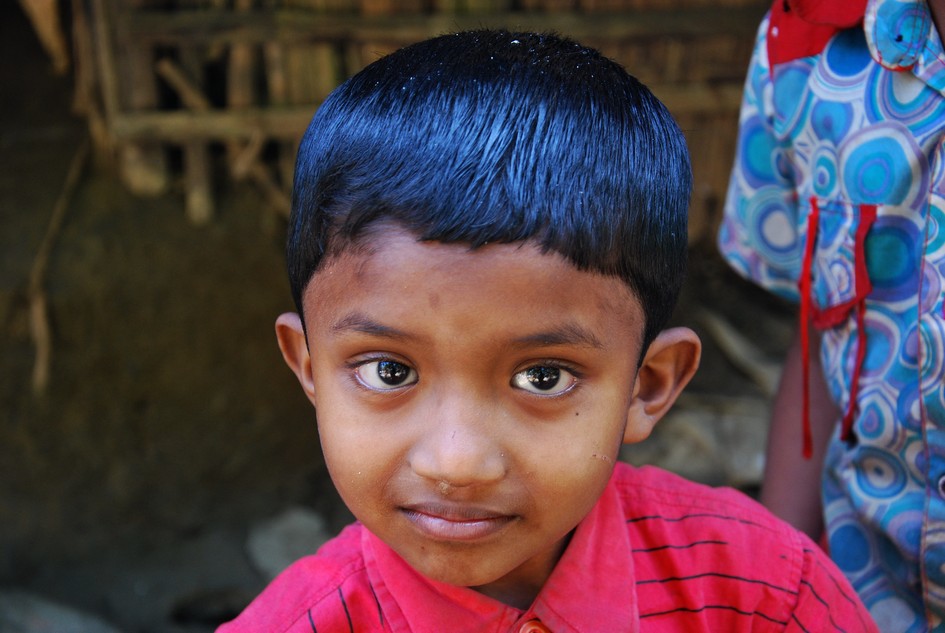 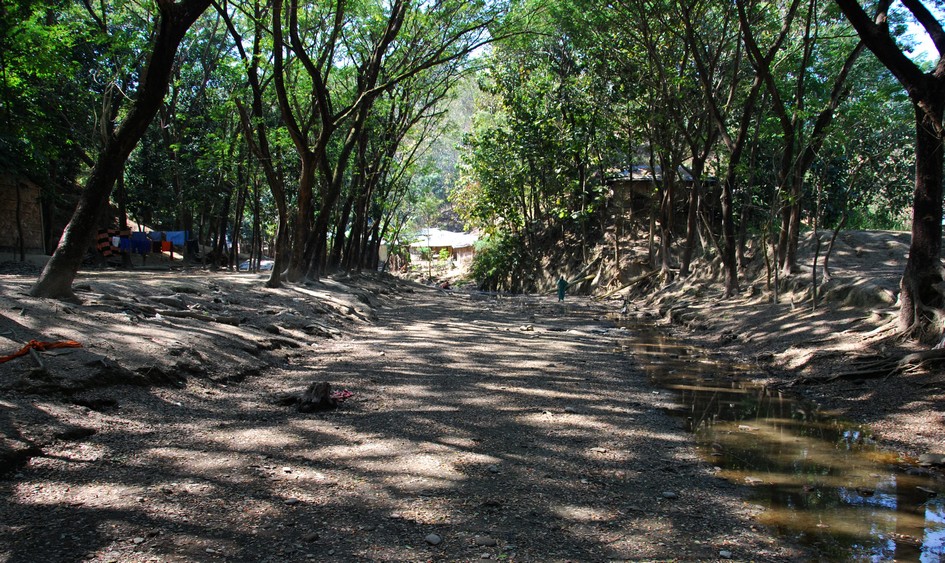 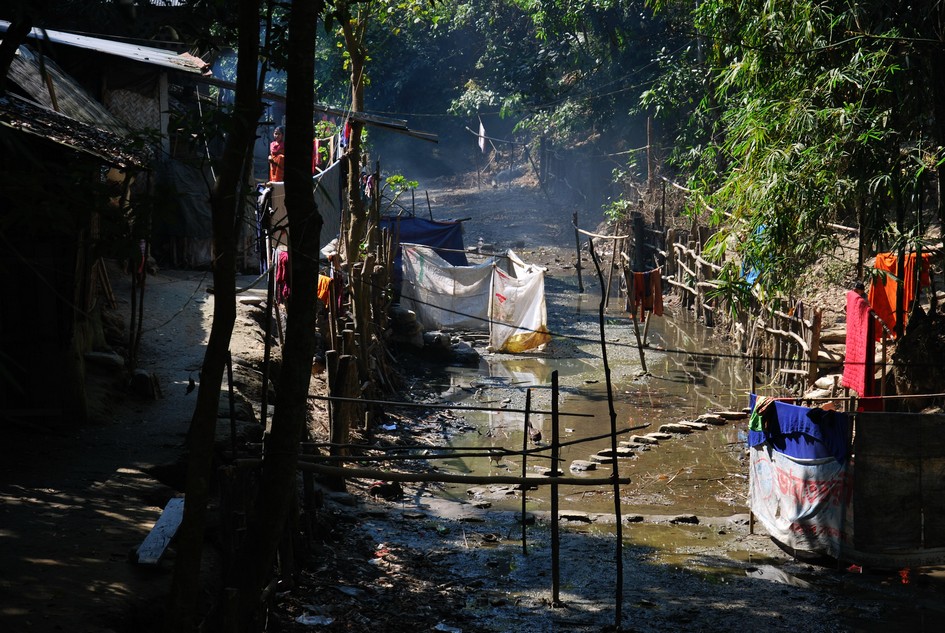 As I walked back towards the main road I encountered a lone woman hacking away at a small log. I'd seen this woman on the way in and I'd remembered thinking to myself that I would not want to be on the business end of her ire. She looked like she could chew coal into diamonds and give an Ultimate Fighter a run for his money in a bare knuckle fistfight. I passed sheepishly. She barely acknowledged my existence. Probably a good thing.

After lunch I decided to take the 20 minute stroll down the road to the town of Bandarban. I'd read about a Tribal Cultural Institute that had a museum and a library. My local tribal knowledge was a bit lacking so I thought this would be a good opportunity to learn more. I am not sure I ever found it. Not sure? Well, after walking around with that signature 'duuuhhh' look on my face and making numerous inquires a gentleman finally led to me to a series of buildings with an institutional air about them but no signs in English. And it was closed. Marvelous. It was not a total loss as the walk was interesting enough with all the folks vying for photos and the daily lives of the locals unfolding in the normal fashion. Not sure I would ever grow tired of even the most pedestrian of activities in this country. 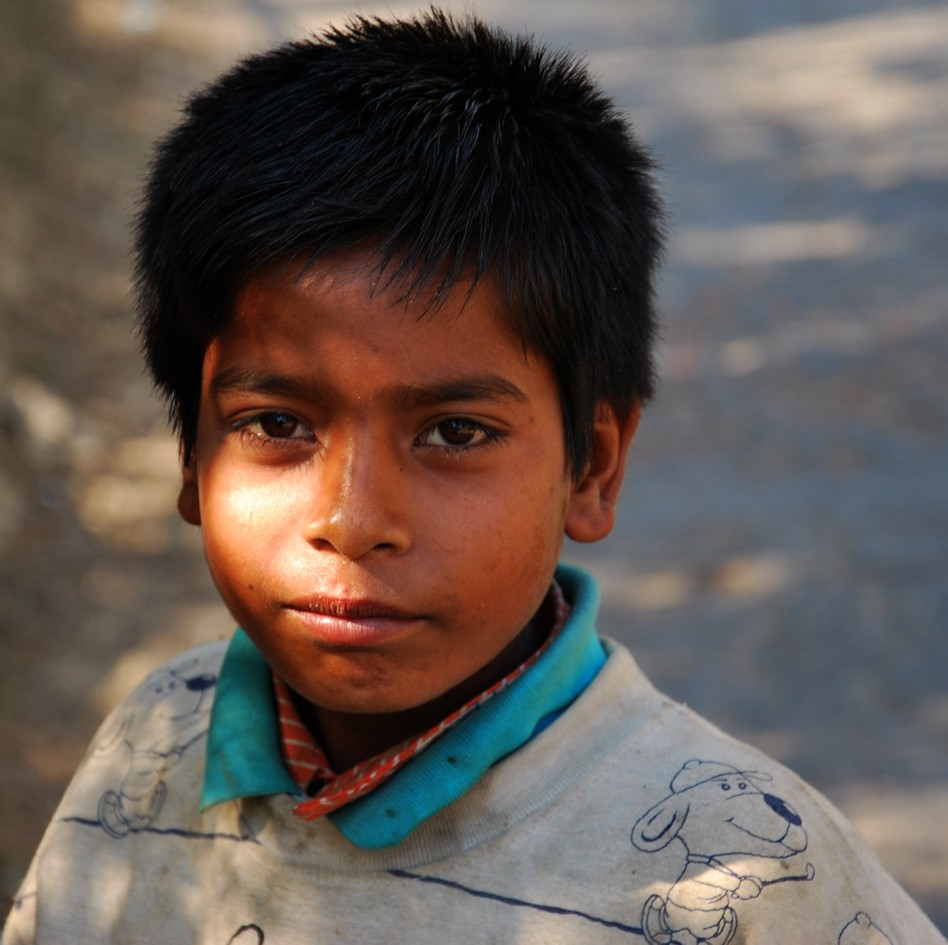 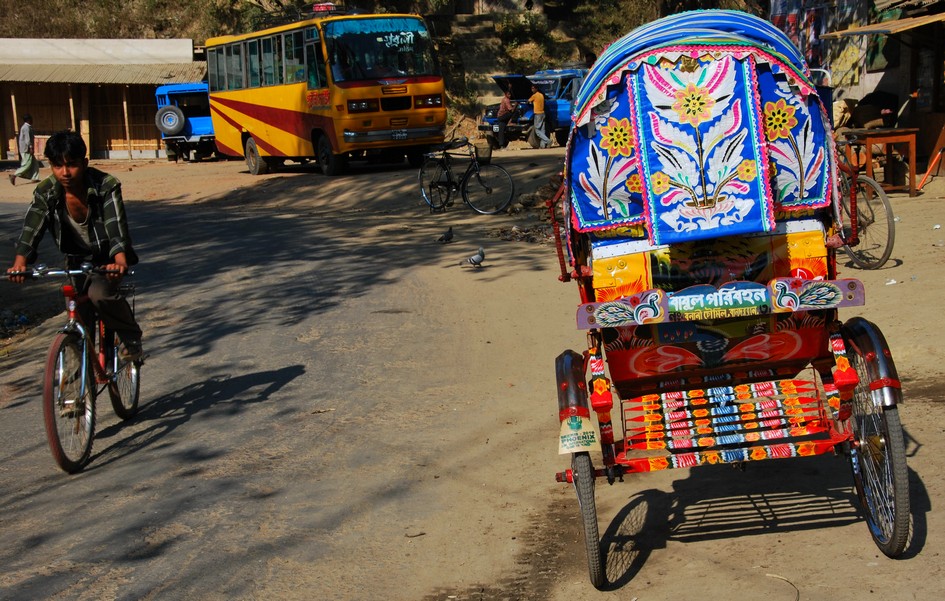 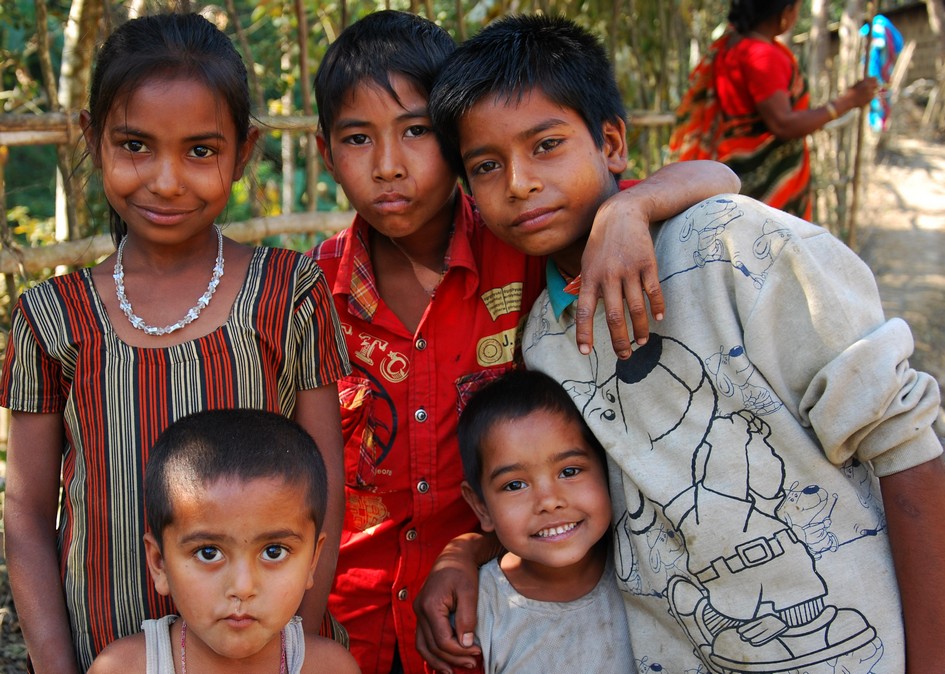 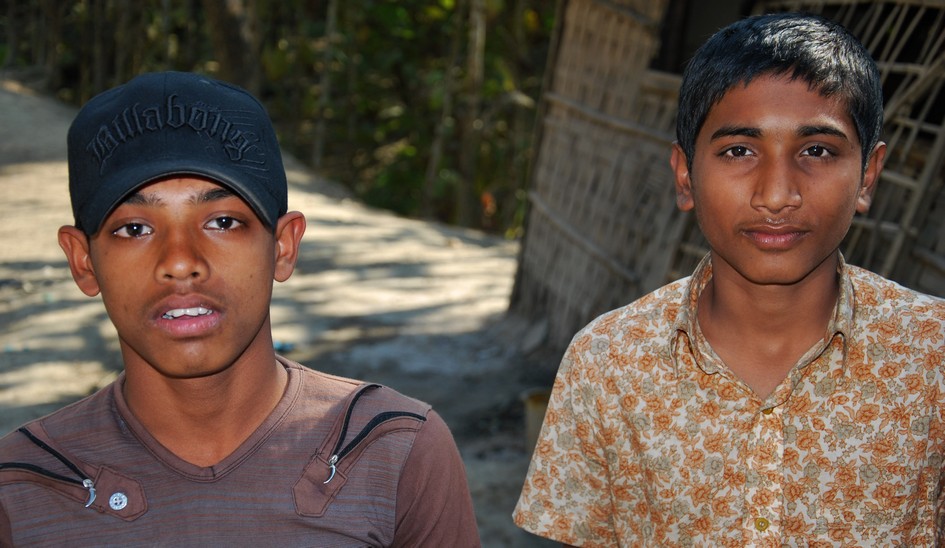 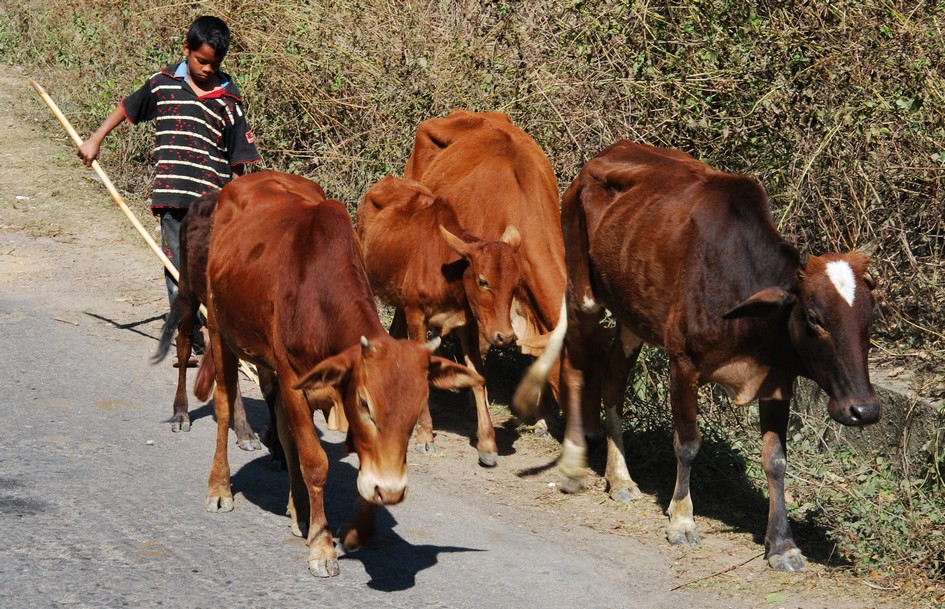