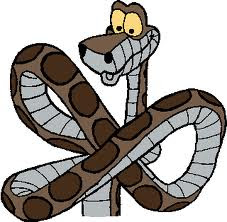 Feb 8th, 2010 - I have to see a man about a snake. Tomorrow I head a couple of hours south of Dhaka to roam around a village of snake charmers.....I think. Would it really be me if I had any true idea about what I was getting myself into? No, no it would not. I have a guide who will bring me to a village to meet a 'mentor'. Not really sure what that means but I am told he is one of the head charmers, the charmer in charge if you will. What do these people do exactly? They charm the friggin pants off snakes, sell medicines, and predict the future.....I think (Okay I made up that last one up). I've been told they even keep these slitherers in every room of their house. Provocative, isn't it? It will probably just be some guy that has been hit by lightning 13 times who drools a lot and hisses uncontrollably while wrestling a stuffed python he received as gift from his mother. I suppose that scenario does have its appeal also. Guess I'll find out tomorrow...probably.
Posted by Rich at 8:50 AM