July 13, 2009 - I have spent the last couple days recovering from my jungle adventure and the return trip to Bukkitinggi. My foot appears to be healing nicely which is a bit of a relief. The day after my mishap it started to swell and hurt like a mofo. I thought I might be in for a rough ride but some hydrogen peroxide and a couple of Celebrex appear to have done the trick.

The bike is running well….for now. I went for a spin and took a little tour of Lake Maninjau. The hour long ride from Bukittinggi is half the fun. The road leading down to the lake is of the hairpin variety and has forty-four switchbacks (they are actually numbered). Negotiating them with my hog was a real hoot nanny. And my drive around the entire circumference of the lake this afternoon was most gratifying. The lake is beautiful and the road tracing its contours extremely scenic. 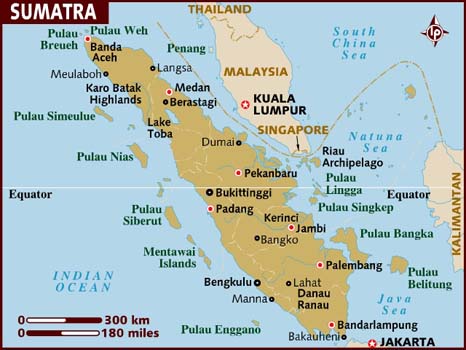 I’ve done something you’ve never done. I chased down a man-monkey coconut gathering and delivery motorcycle duo. They forced me to do it. I was slowly driving along the lake road taking in the scenery and deciding when and where to snap a few pics when I was passed by a man on a motorbike with two baskets of coconuts and a monkey on the back seat. Naturally, I was intrigued by this anomaly and so began my pursuit. At first I was not sure if he was going to stop so I actually snapped a few photos from behind as I was driving along. Yes, that’s right, I took a couple of shots while simultaneously driving a motorcycle. I wish someone had taken a picture of that. I deserve ridicule, a lot of ridicule.

To my delight he stopped in front of a house in order to deliver some of his payload. That was my chance to get a proper photo so I pulled up alongside of him with my camera at the ready. Being the polite fellow that I am I opted to ask for permission. However, all I got out was ‘Permisi’ (excuse me). He completely ignored me all the while he was digging coconuts out of his basket and handing them to a woman in front of her house. I must have repeated, ‘Permisi’ at least five times to no avail. But what really chapped my ass was that monkey had the tenacity to ignore me as well. Bastard. Without flinching Coconut Guy simply put his bike in gear and continued on. The people at the house were most entertained. Seriously? WTF? I was a little surprised but I imagine he might be tired of Johnny Tourist snapping pics of him and his friend while giggling like a little girl. Who could blame him?

But who could blame me for turning this into a mission? Seriously. So I put my foot on the gas and sped past the haughty duo and stopped on the side of the road to wait. On a scale of 1 to 10 how pissed does the monkey look? You’d think that chain was around his balls. I suppose if I had to divide my time between gathering coconuts from tree tops and being chained to a moped I’d probably be an ornery prickbag too. I’d of given everything I own to know exactly what Curious George was thinking at that moment. 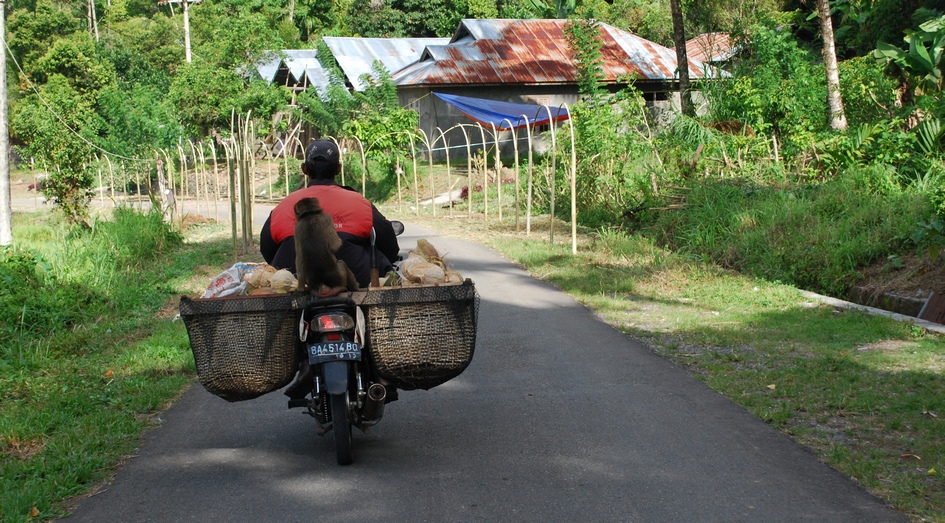 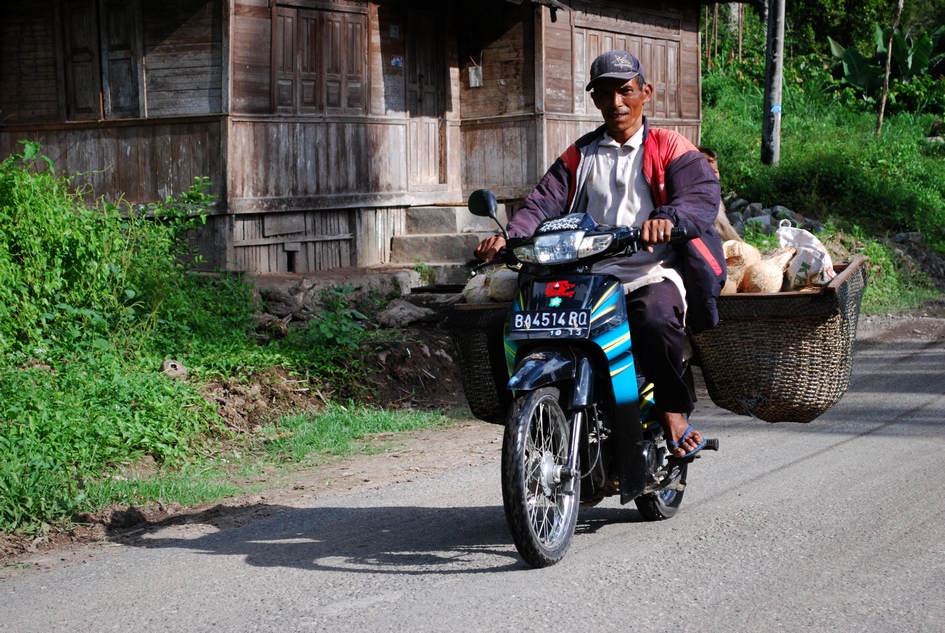 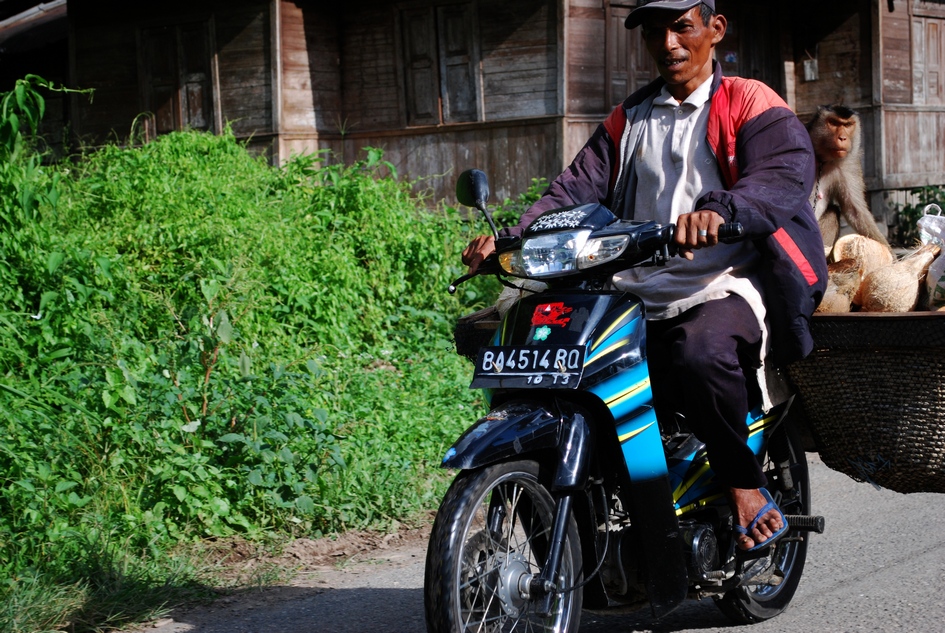 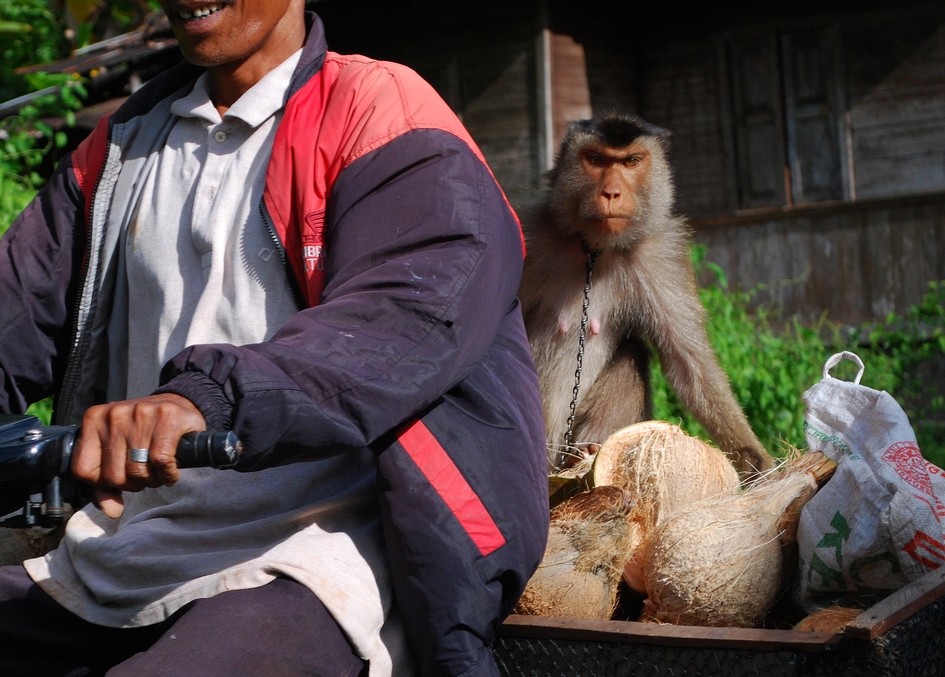 There is a lot of fish farming on this lake. The enclosures used for this purpose are a bit of a blight upon the overall aesthetics but I suppose they have to make a living. Along the road I encountered numerous large trucks loading up the catch for delivery. They basically put the fish in a bag with water, pump in some oxygen, and tie. Fish in a bag. Excellent. 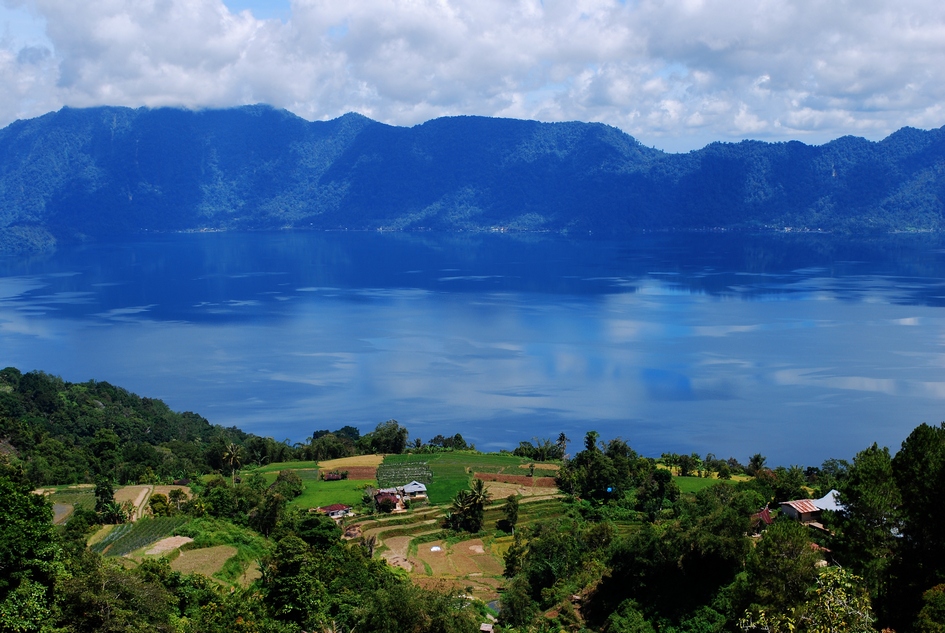 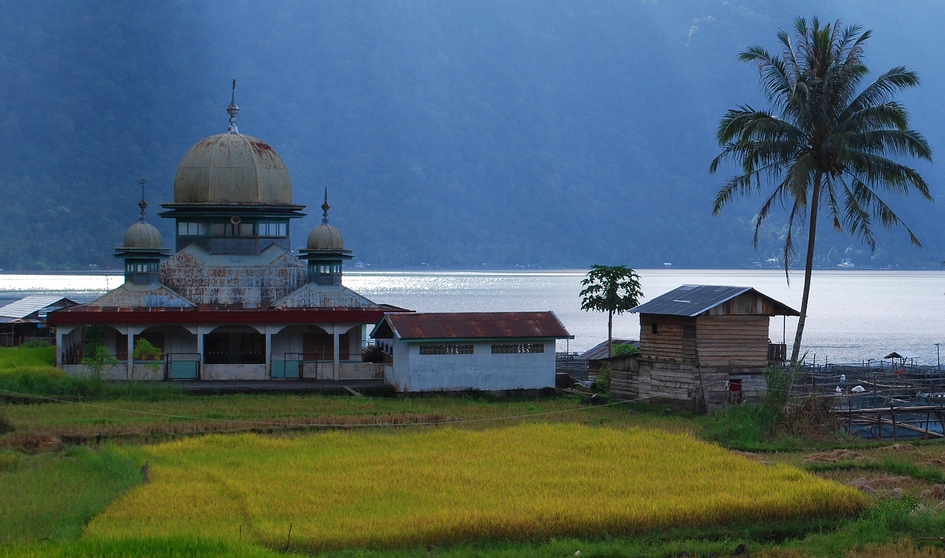 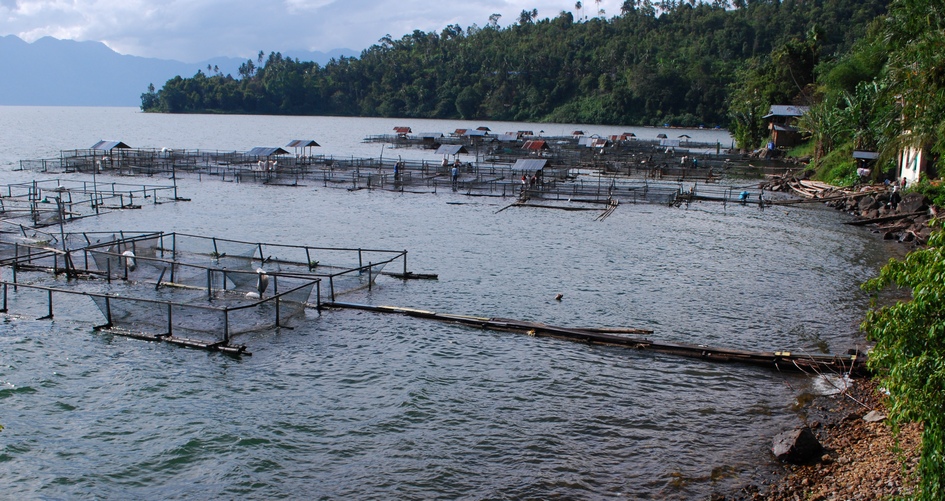 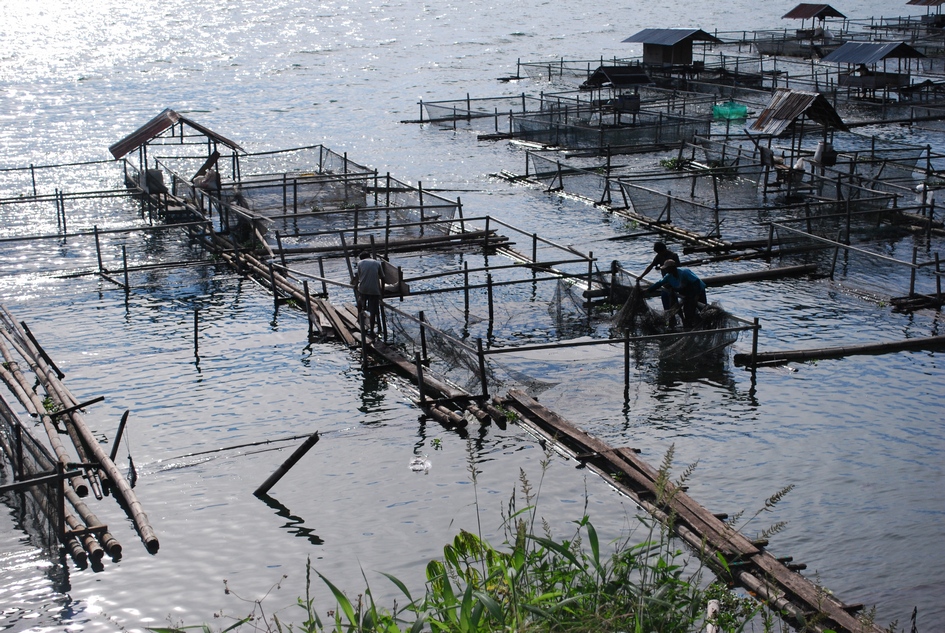 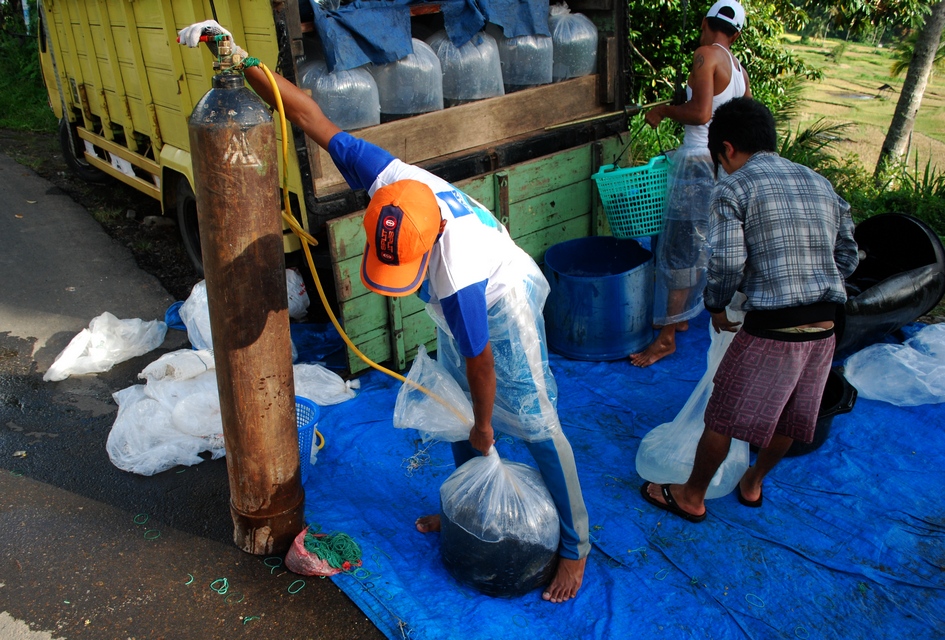 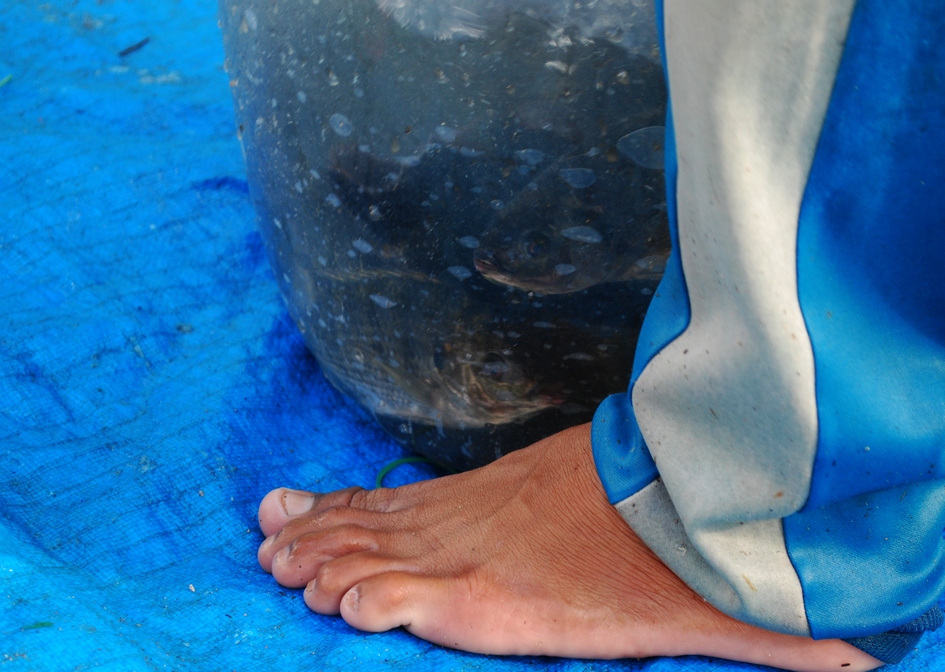 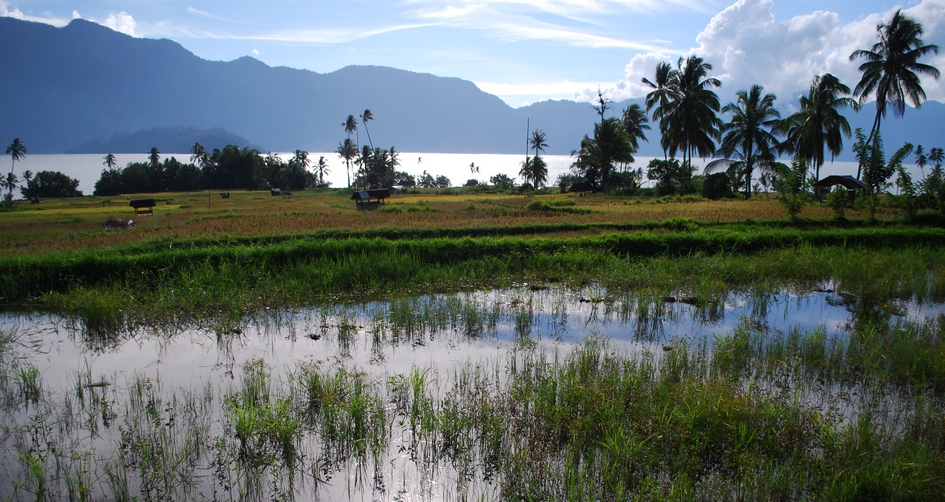 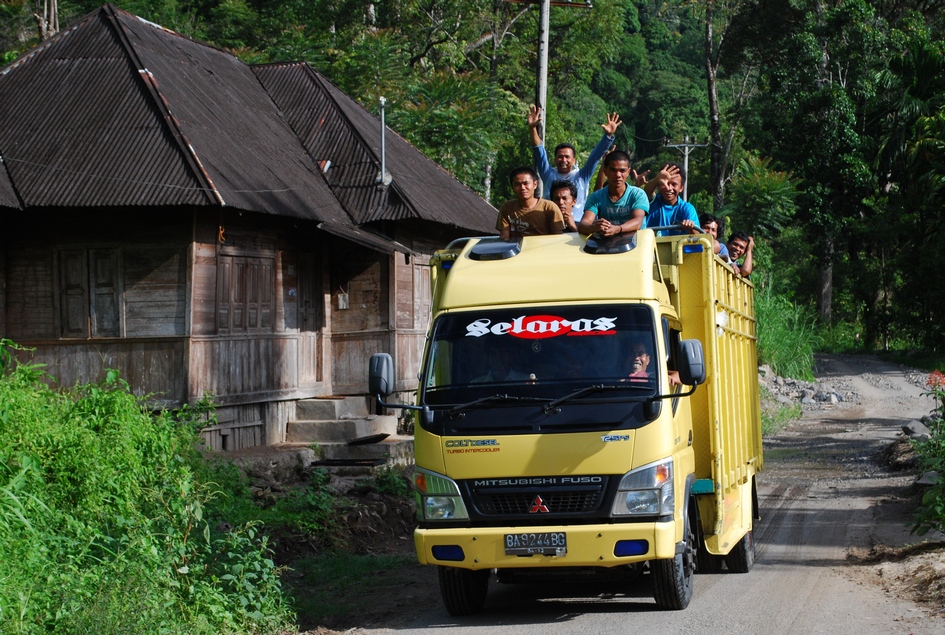 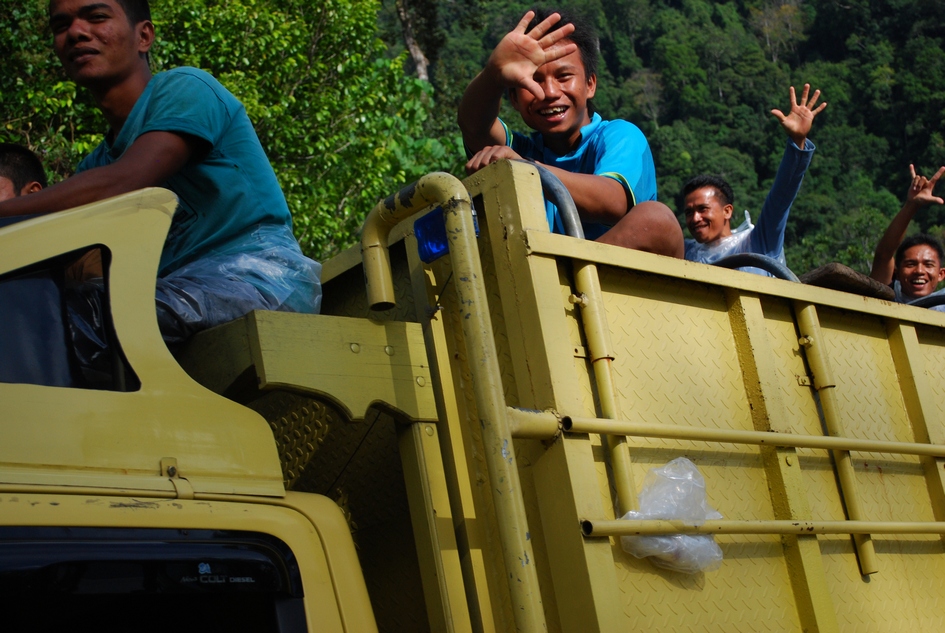 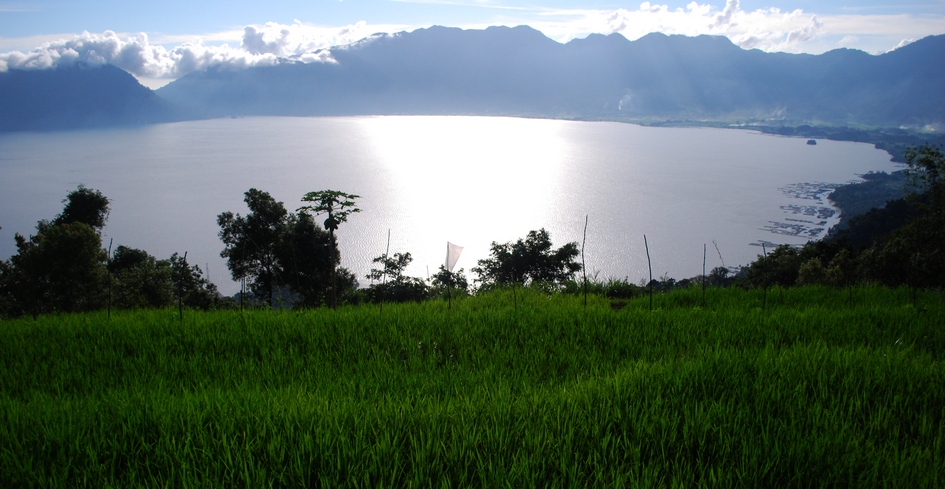