Aug 9th, 2009 - Anggun. That’s her name. I went to Anggun concert last night. Strangely, I was not as out of place as I thought. There were plenty of older middle-aged white dudes milling about. However, I think their intentions were a bit different than mine. I was there on a whim because my Indo pal asked if I wanted to go. Most of them were there because they are 'Dirty-dirty-Diiiiirrr-teeee ……Diiiiir-tay!!!!' and were scoping the more permeable of the Balinese woman. Naughty bastards.

I would have to say that the most memorable part of the evening was the drive from Ubud to Kuta. Now that I’ve shed my 200cc monstrosity of a bike and reverted back to the traditional scooter I’ve apparently adopted the Indo style of driving. My skills would make a drunk Balinese teenager proud. I cut through traffic with surgical precision and, frankly, amaze even myself. Not sure if that is a good thing but it is fun as hell. That is not to say that I am still not being passed by teenage girls but at least it is only the elite members of the class.

I was pretty full of myself until I met my friend and he politely asked to drive, not so much as a result of my technique but more for my inadequate velocity. So I was relegated to the back of the scooter for the rest of the trip to Kuta. I am certain I have been more frightened at other points in my life but I am having difficulty remembering when. Doing fifty miles an hour on the back of a scooter is a bit unsettling, especially when you are 6’4. I think I left a permanent impression of my fingers on the back hand guard. But we did manage to make it to the show. Thankfully, I managed to survive without having to purchase new undergarments.

The show was nothing spectacular but I did enjoy being there. The Hard Rock Hotel in Kuta is nice and there were interesting characters dotting the scene. I had heard of neither the main act nor the warm up performer. Not going to say it was my genre of music but it was entertaining none the less. Had a few beers, met some folks, and just chilled out for a couple of hours. 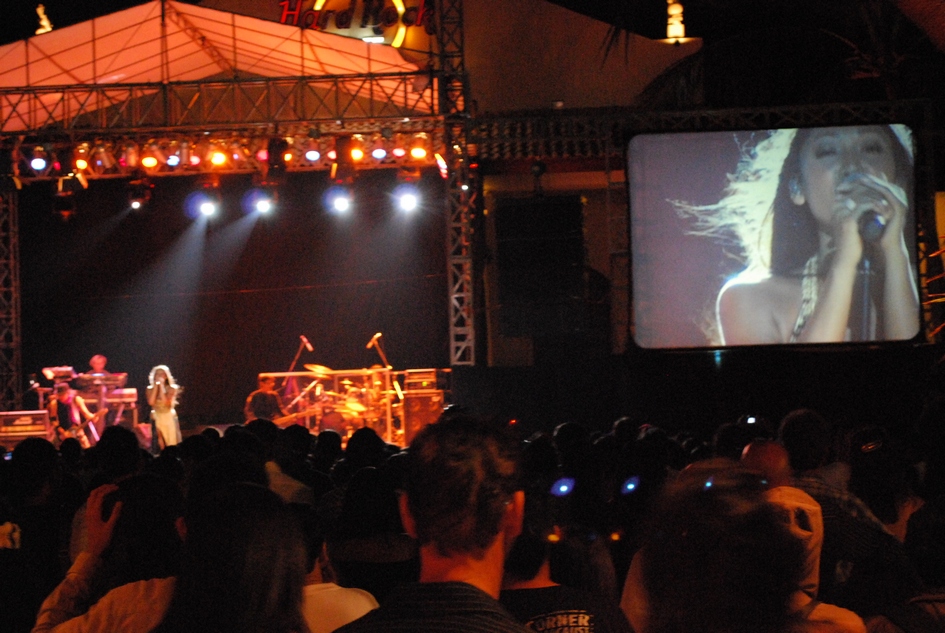 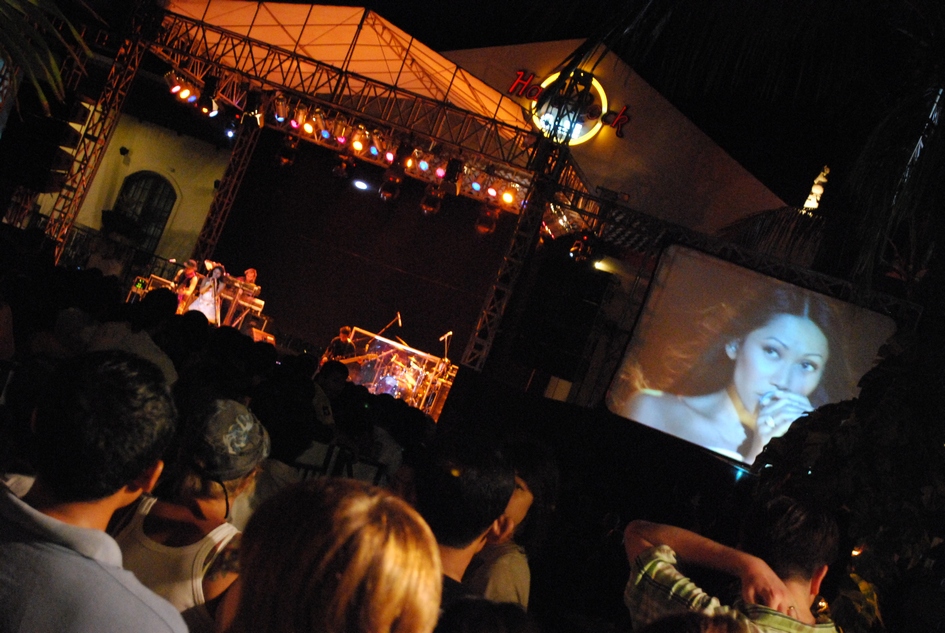 My Indonesian pal, not quite having mastered the English language, said something to me that evoked more than a few giggles. When summing up his impression of the Kuta area that evening he said, “Kuta no good. Too much homo.” Now to the untrained observer one might believe he was uttering a homophobic epitaph. However, this was not the case as there was neither an abundance of gay men or men fitting the description of gay (whatever the hell that may be). In reality he was merely underscoring the relative dearth of members of the opposite sex, a sentiment expressible only with a limited vocabulary. I could not resist looking at him and with a deathly serious face repeating at regular intervals, “Kuta no good. Too much homo.”

A couple more days and I will be in Kuala Lumpur. Indonesia will be in my rearview mirror, so to speak. It has certainly left an impression upon me. From this point on I will be compelled to compare all the peoples I encounter with the level of warmth and friendliness I have experienced throughout Indonesia, from Flores to Sumatra. Indonesians are the highlight of this country and constitute the most positive aspect of my experience. As with any society there are bad apples, such as the gentleman who knew I was walking in the dark by myself toward Mt. Bromo down the wrong path but refused to help me because I did not want to pay for a horsey ride. A-hole. That type of encounter was the exception, not the rule and in no way tarnished my overall experience. In fact I think it may have enhanced it because although I was a bit ornery at the time later I had quite a chortle over it.

If there is any disappointing aspect of this journey it was the surprising level of development and tourism infrastructure throughout the archipelago, especially in Sumatra. I guess I was expecting, in fact hoping, for a bit more of the adventure factor. The truth is Bali is a bit of a mess and has succumbed to the allure of tourism. It is by no means a secluded island getaway as traffic, clubs, bars, restaurants, souvenir shops, and the like are ubiquitous. Unfortunately there is no escaping it. And when the movie Eat, Pray, Love (based on the book by Elizabeth Gilbert) is released next year the situation will surely intensify.

Don’t get me wrong, I have enjoyed my time here immensely and some of the things I criticize are the very reason I was able to do the things I did. In fact it was the level of development that allowed a motorcycle neophyte such as myself the opportunity to live on the edge, buy a hog, and gallivant all over Indonesia with nary a clue. Were it otherwise it is quite possible my journey would not have been so smooth. And although Bali is not the island retreat I had hoped it would be it was here that I have made lifelong Balinese friends.

You have to take the good with the bad and the good far outweighs the bad, of this you can be certain. Many of my hang-ups are endemic to me. The more and more I travel the more difficult it is to capture that feeling of awe that accompanies new experiences. I guess on some level it is impossible to avoid being jaded somewhat. Had I come to Indonesia ten years ago I am quite certain I would have been blown out of the water but by this time I already had a fair amount of travel experience under my belt. I sometimes long for the ability to go back thirty years or more and see the world as it was before the age of mass tourism, before cell phones, internet, and low cost airlines. I suppose the grass is always greener.
Posted by Rich at 10:06 AM