April 27th, 2009 - I made it to Surabaya (Java) intact though grimy and a bit tired. I decided to splurge and get a nicer hotel room. It was an excellent decision and I am now so clean you could eat off me. Right next door to the Tunjungan Hotel (where I'm at) is the Tunjungan Plaza Shopping Center. What a place. I am not sure I have experienced such a profound sense of culture shock as I did when I entered this mall.

The contrast is not so much between my own culture and this one but between different areas of this country. My journey through Nusa Tengarra took me through small villages, farmland, shabby beach side warungs (food stalls), long stretches of deserted highway, twisted mountain roads, harbor towns, fish farms, and all the accoutrements of rural Third World island life.

Most of these scenes were dominated by poverty and a very low standard of living. Suddenly I come to Indonesia’s second largest city and I find myself in a mall that rivals any I’ve seen in the First World. It was extremely difficult to wrap my mind around. 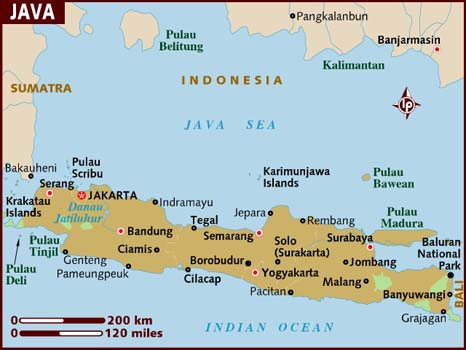 One day I’m sitting on wooden boat chugging along at a snail’s pace in Komodo National Park and the next I’m standing in front of a store selling surfing exercise machines. That’s right, it’s a machine that simulates a surfboard and requires you to maintain your balance while the platform undulates in an attempt to mimic surfing. Seriously? I hate malls and I hate shopping but I spent more than three hours exploring this mall. I was awestruck by the contrast. Just outside the mall you can still find a few bacaks (three-wheeled bicycle taxis) waiting for the next fare. 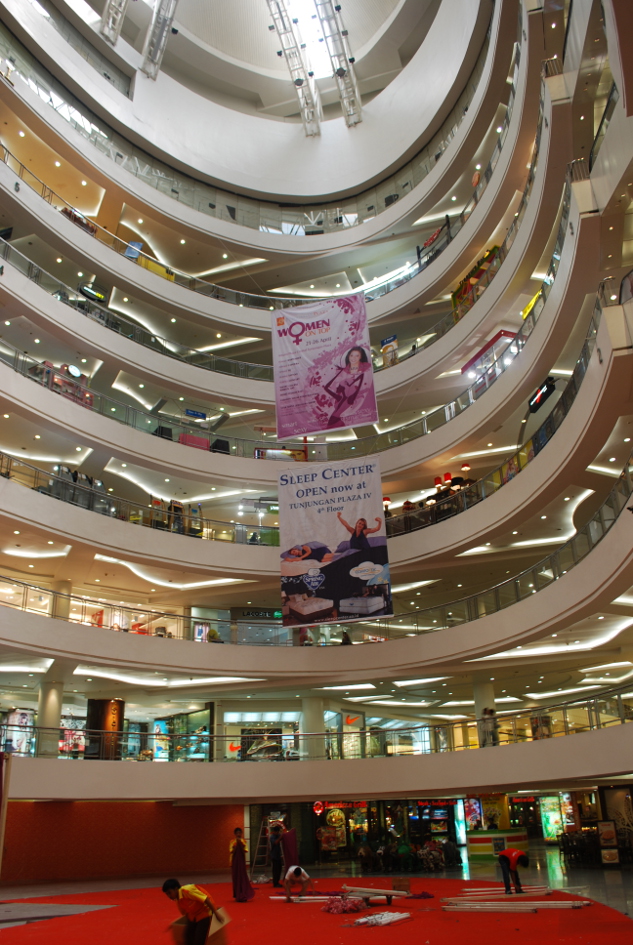 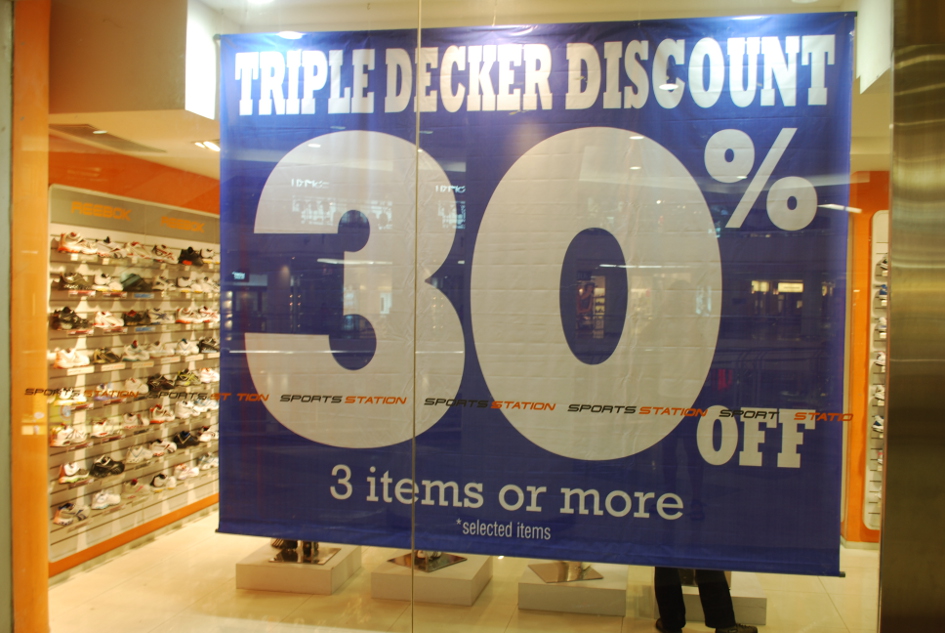 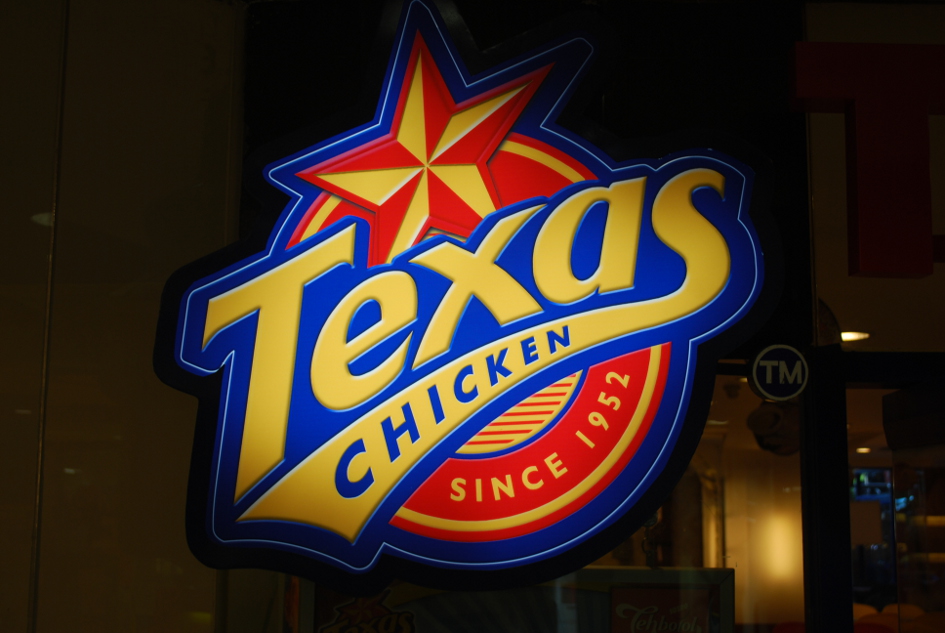 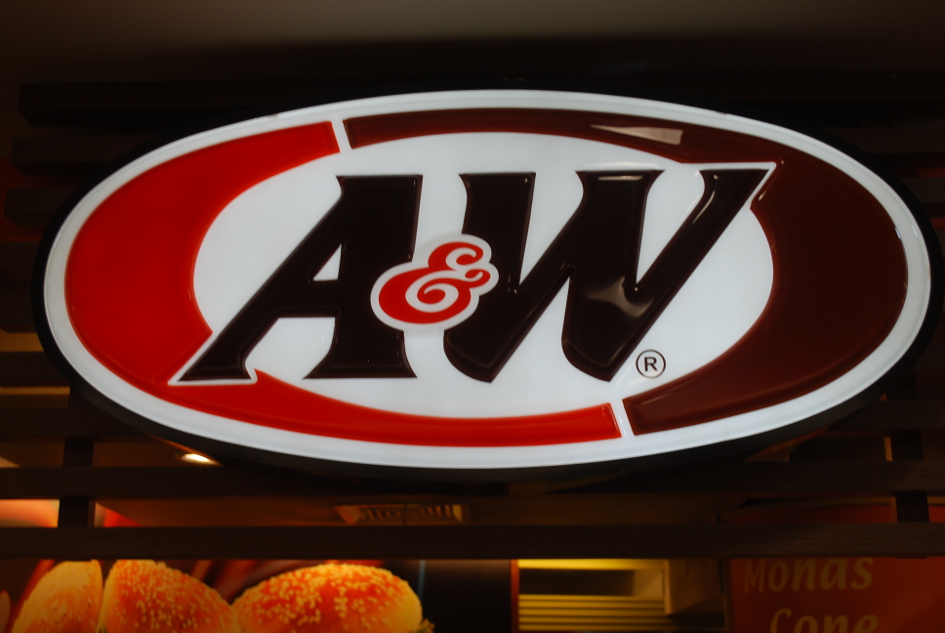 I realized (or should I say rediscovered) something while sitting on a ferry for three days stewing in my own grease, playing ‘bombs away’ on a squat toilet, and drawing borderline celebrity-status attention from the locals. This is not such a bad way to pass the days. Every day brings the unexpected. Something new. Something different. Maybe it is an undiscovered form of misery, a hidden reward, or just a new insight or way of perceiving the world. It is a dynamic existence, one I feel I could lead for an extended period of time. It is not all peaches and sunshine I can assure you. In fact, it took almost three months for me to attain that sense of calm that I normally feel on one of these adventures.

Perhaps it is my age and the uncertainty surrounding my future that has prevented me from discharging a latent (sometimes patent) anxiety that often bubbles beneath the surface. Maybe that is a common attribute of growing older. David (the previously mentioned freelance photographer traveling through Flores in a rented jeep) made a comment that stuck with me. He said he was constantly worried about the possibility of a breakdown even though he speaks fluent Indonesian and even though his friend that rented him the vehicle would have a part sent to him if the need arose. Remarkable. This coming from a man that made two trips to Vietnam during the height of the conflict as a tourist/photographer. Is that a normal part of growing old? Does your experience force you to consider all possible outcomes and setbacks thereby fostering within oneself a heightened sense of self-awareness that forces one to pause, to hesitate, to reconsider? Perhaps, that is what is slowly happening to me. Is that positive or negative? I’m really not sure.

Or maybe my problem stems from a wide range of experience. The more unique and awe inspiring the sensation the harder and harder it is to duplicate. I guess that would be the ‘been there, done that’ syndrome. Also, the more of the world you see the more you start to realize how similar people really are, at least at the core of our humanity. Perhaps it is this underlying similarity and the need to establish identity that lies at the heart of all the strife in the world, whether it be religious, ethnic, nationalist, or whatever. We’re right. You’re wrong. My God is better than your God. This land is my land. It is not your land…blah blah blah. I was born in one of the most prosperous places on this planet. I’m American. I’m f***ing awesome. Draw a line. Call it mine. Let it shine. Shakespeare was an inarticulate hack.

I would be lying if I did not admit that the consequences of my lifestyle choice does not eat away at me from time to time (like I said, not all peaches and sunshine). I’m thirty-four years old. No house. No car. No wife. No children. No obligations to speak of. Does it get lonely on the road? Of course. Contrary to what some probably believe I am human. But I have no regrets thus far. It is not as if I’ve run away from a normal life. It’s just the life I’ve gravitated towards, the life that makes me feel alive, the life that feels a bit like some small part of whatever underlying energy that pervades the universe manages to channel its way through me, if only for a short while. How ridiculous does that sound? My instinct is to backspace most of the last paragraph but this time I’ll leave it.

Do I want to fall in love? Spend the rest of my life with someone? Settle down and read the paper on Sunday morning with a cup of coffee and a bagel? I think so. Maybe. Probably. But you cannot force it. You either meet that person or you don’t. And even if you do it still has to fall into place, to coalesce into that state of existence where it just feels...well...right. How many people believe they’ve found it? How many people really find it? What the hell am I talking about?

While scouring the mall for items I never knew I needed I disocvered the two products you see below. The ‘Essence of Chicken’? I found this on the shelf with vitamins and similar products. Not sure exactly what benefit this provides. And look at the picture? What the hell is that? Take these pills and you’ll feel good enough to have a picnic. I’m in. I just finished crushing up a few and snorting them. I feel like a million clucks. And how about the Rechargeable Mosquito-hitting Swatter? It’s electrified or something for maximum insect causalities. (I’m assuming its potency is not restricted to mosquitoes. I wonder if it works on cats.). I guess you can vanquish mosquitoes and work on your forehand. I’d be an asshole not to buy one. It would be ideal for the jungle. 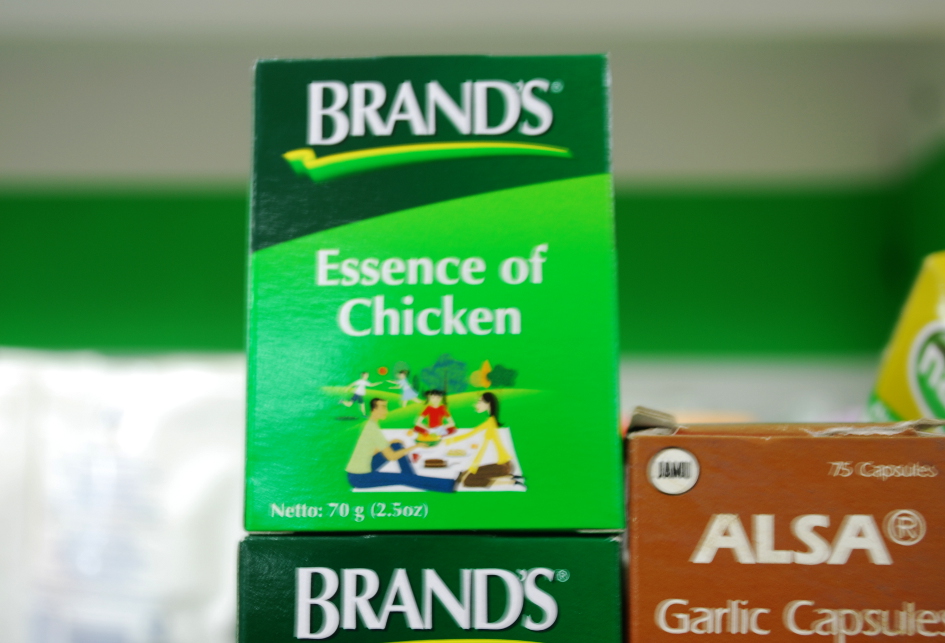 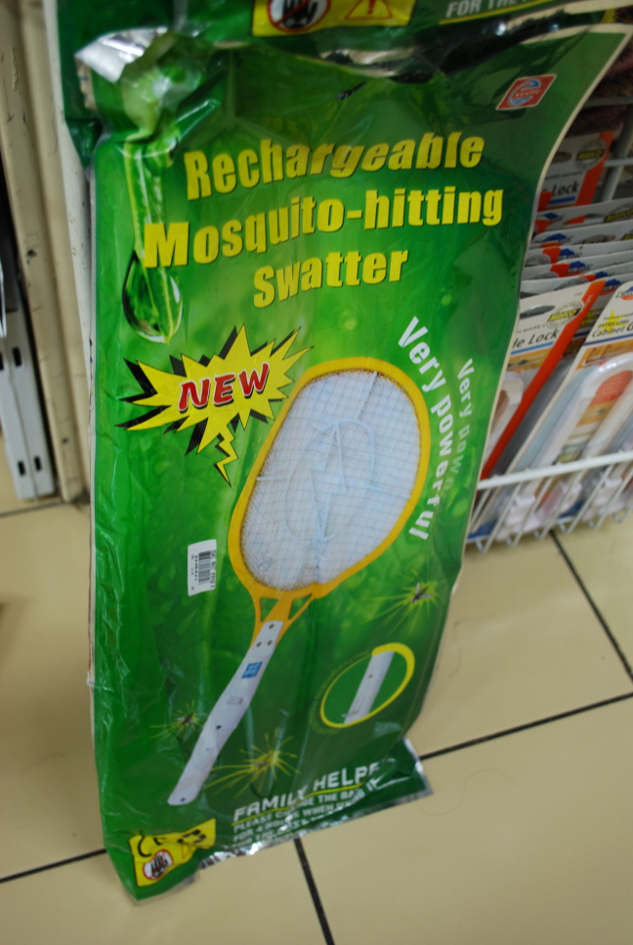