One more volcano. This time it was Mt. Merapi in Central Java. Merapi is one of the most active volcanoes in the world and has the capacity to be a virulent bastard. I had hoped there would be some element of excitement to the journey. There wasn’t. In fact, it was not a very fruitful enterprise at all.

Rather than drive to the village of Selo and start from there I decided to just sign up for a tour from Jogja. The cost was only about $20 and by doing this I could avoid packing up and moving. I am quite fond of the place I am currently in and knew I would relish returning here after an arduous hike.

As always the sunrise was mandatory viewing so an early departure was essential. Pickup at 10 pm in Jogja, an hour and forty-five minute drive to Selo, 1 a.m. departure from Selo, four hours up the mountain, hour or two dawdling at the top, three hours back to Selo, and then the drive back to Jogja. Happiness and joy. 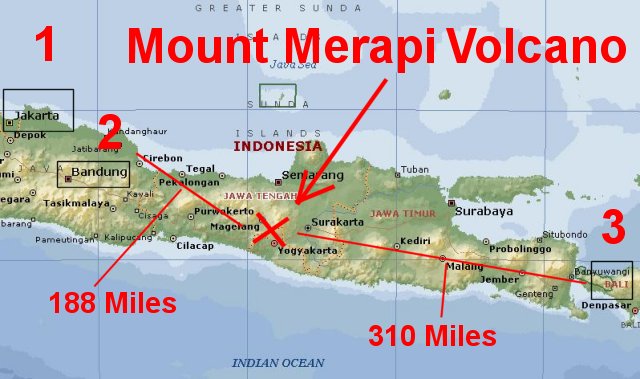 My fellow climber was an Italian named Dominico but I am just going to call him Fabio because I am lazy and obnoxious. Ever just have a feeling something is not going to go well? I suppose it started with the prospect of substituting a night of sleep with a seven hour hike that initiated my sense of foreboding. Meeting Fabio then fortified my intuition.

Nice guy but I am not sure hiking is his forte. Mind you, on the ride up there he told me that this will be easy because of Sumatra something, something, jungle something, hard something, blah, blah, lasagna. There was a bit of a language barrier but some trip he’d done in Sumatra had prepared him for the current climb. Right.

When we arrived in Selo it was raining. Actually, it was pouring kitties and doggies. Fabio did not have a rain jacket. Fabio did not have a flashlight. Fabio donned dress shoes, jeans, and a jean jacket. A jean jacket? The tour company brought us to a hostel where we were served a bit of tea before setting off. Luckily, they let Fabio borrow a flashlight. They also offered to sell him a very light rain poncho for 5000 rupiahs. That is the equivalent of 50 cents. Fabio not only inquired as to whether he needed a torch (it was 1 a.m.) but also as to whether he needed a rain jacket at all (it was pouring). He then asked if he could return the rain jacket in the event he did not need it and avoid the 5000 rupiah surcharge. 5000 rupiahs is 50 cents.

At this point I have a little voice in the back of my head screaming “ABORT, ABORT, BAD IDEA!!!” but we pressed on. And it continued to rain. Early on I toyed with the idea of bagging the trip. I was thinking more of Team Italy than I was of myself. I had full rain gear although it had not been field tested yet. I also figured that the chances of having any kind of view were minimal but the guide did seem to think it might be clear at the top. Right. We pressed on.

It kept raining and I was delighted to discover that my rain jacket and pants were wholly inadequate. I guess ‘waterproof’ is code for ‘until saturated’. I was not expecting to be able to swim in them but I think they should withstand constant rain for more than 30 minutes. Perhaps, I am just too demanding.

Now I was soaked. Although initially I was ‘F it! Were going!’ my enthusiasm quickly petered out. I did not really see the point of being miserable for hours and being rewarded by an obscured view of nothing. I did not think Fabio would be up for such an experience either. I voiced my concerns and even told them I was going back. I was trying to be the voice of reason (or probably more accurately the voice of Sally as in Sally is cold, wet, and miserable and wants to go home and be warm and dry) but Fabio and the guide resisted me. I brought up the possibility of hypothermia and the unlikely chances of seeing anything at all but still they resisted. For me it just did not seem worth it but who the hell am I? I would have returned in a day or two finish the climb. I suppose Fabio did not have that luxury. What he did have was a kick ass jean jacket.

So now I was a bit peeved and like any petulant child I acquiesced, told them I needed to keep moving in order to stay warm, and stormed off up the mountain like an asshole. Perhaps, not one of my finer moments.  I will say this, getting pissed does wonders for motivation. I practically started running up the volcano and it felt good. The last time I took on an extensive hike I was plagued with anemia (although I did not know it at the time) so this was a bit of redemption. I did manage to keep warm although I think the guide was a bit distressed about the increasing distance between me and them.

It was pretty incredible to look at the outline of the smoking volcano in the darkness (this happened to be the best view of the trip). It felt a little like I was the unlikely hero in some sort of Lord of the Rings type fantasy adventure. On the peak lies my destiny, the evil/maniacal dragon just itching for the chance to blow fire up my ass. Frodo was a pansy. The moment was soon punctuated by the sudden flapping of a flag attached to a small monument commemorating past eruptions. It startled me and I nearly pooped a little.

Truthfully, I had low expectations for this trip. Anything short of an ad hoc eruption forcing me to outrun a pyroclastic flow or skip through fields of glowing lava would have been a disappointment. Of course none of that happened.

When I reached the top it was as I expected. Between the cloud cover and the wafting clouds of sulfur leaking from the cracks you could see only two things: jack and shit. I did not take many pictures and the ones I did take are not very exciting. I did meet a group of teenage Indonesian boys that had spent the night at the top of the volcano. Crazy bastards. Sounds like something I would do. We had a nice conversation as we sat beside a steaming vent for warmth.

My guide finally joined me, minus Fabio. I was told he had stopped somewhere down below. We did see him as we were about to head down, jeans dirtied and bloodied. He was very close to the top but I am not sure if he actually made it to the peak. I told him to take all the time he needed but I was going to stroll back to Selo and enjoy a hot cup of tea. I've had better trips but I suppose this one did have its moments. 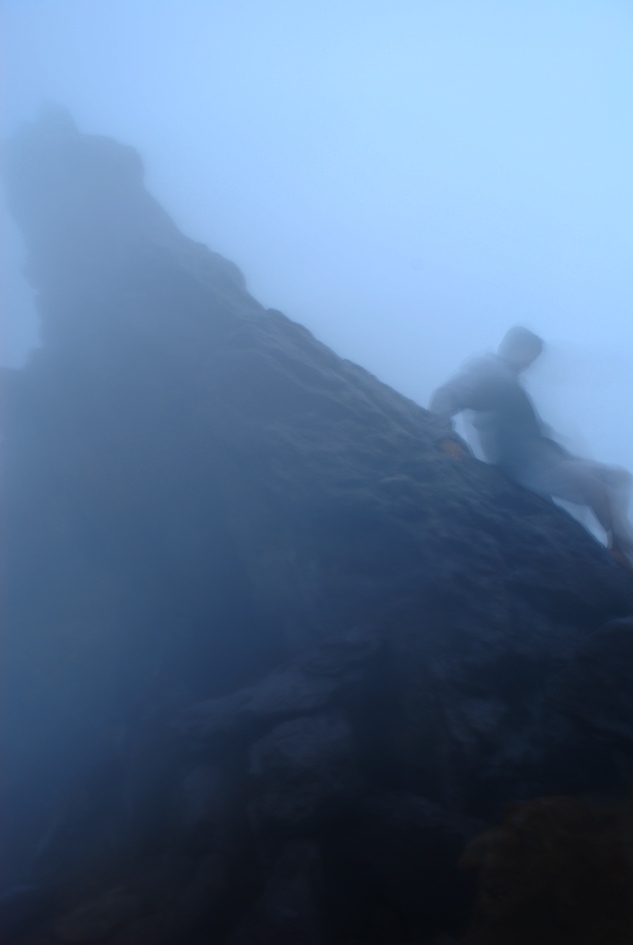 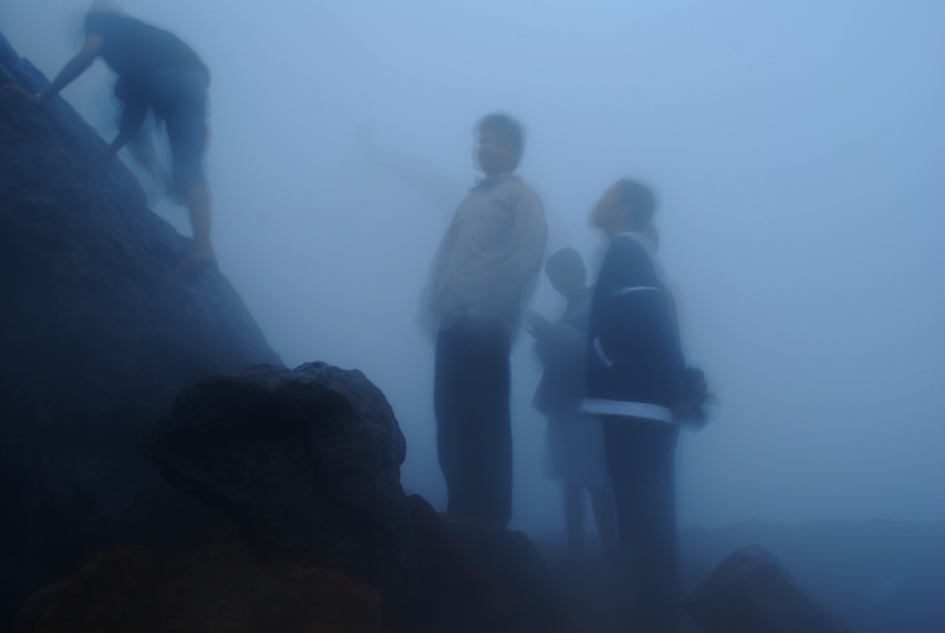 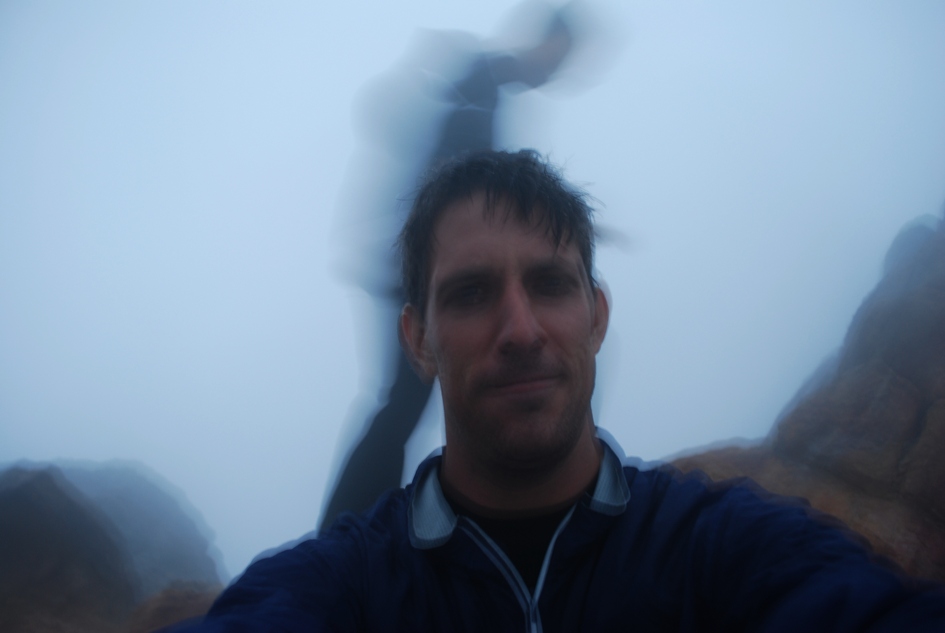 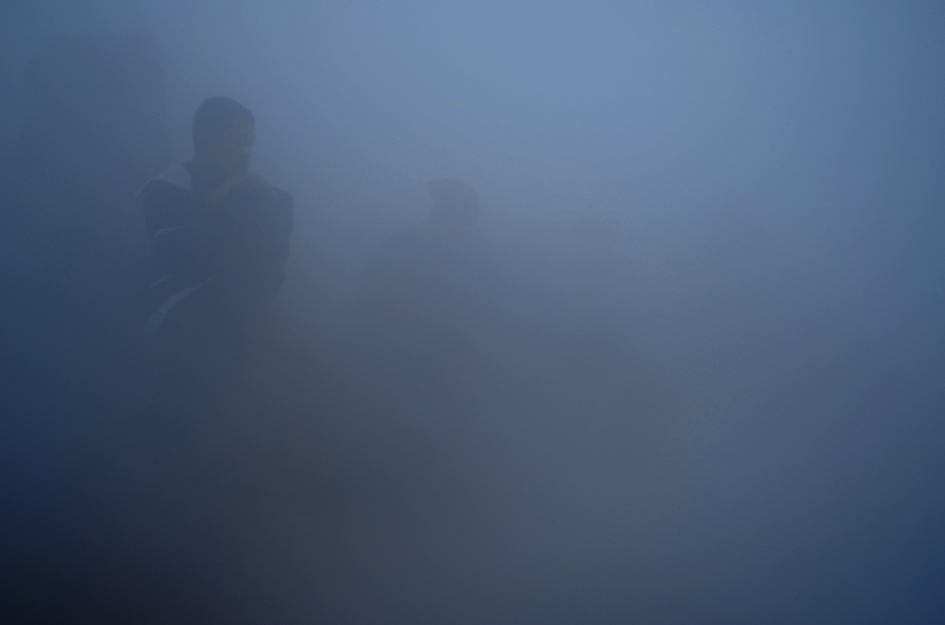 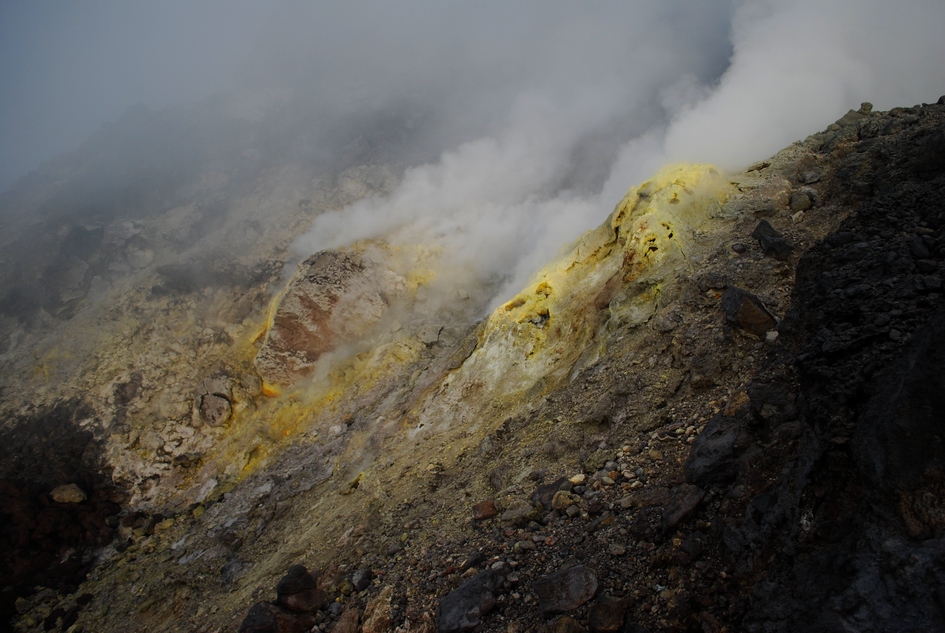