April 30th, 2009 - I stuck around and visited Mt. Bromo again this morning. It was an excellent move. The views and the sunrise were well worth the 4 am wake up. I decided to drive my bike into the crater once again. Driving through pockets of sandy ash (or is it ashy sand?) in the dark was a real treat but I managed to keep the bike upright.


I started my stroll in the dark and walked right into a ravine by mistake. A local horseman offered to bring me to the base of Bromo (where the stairs begin) for 20,000 rupiahs (about US $2). That was his response when I asked where the trail was. He never did tell me where to go. I am not big on guide-by-extortion. Prick.


After the slight detour I made it to the rim and awaited the rising sun. Thankfully, there were only a few tourists making the scene exceedingly pleasant. Nothing like the smell of sulfur in the morning. 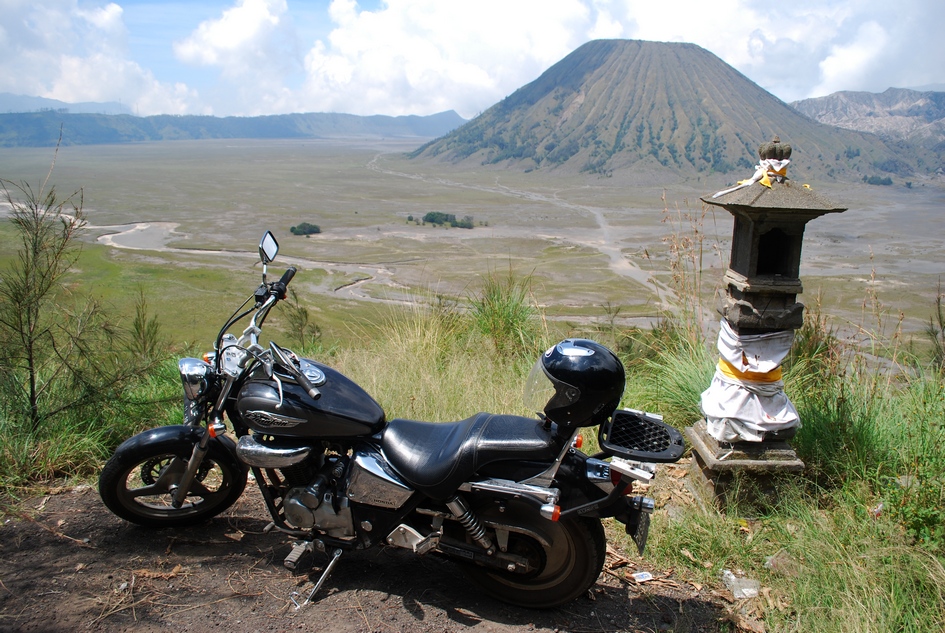 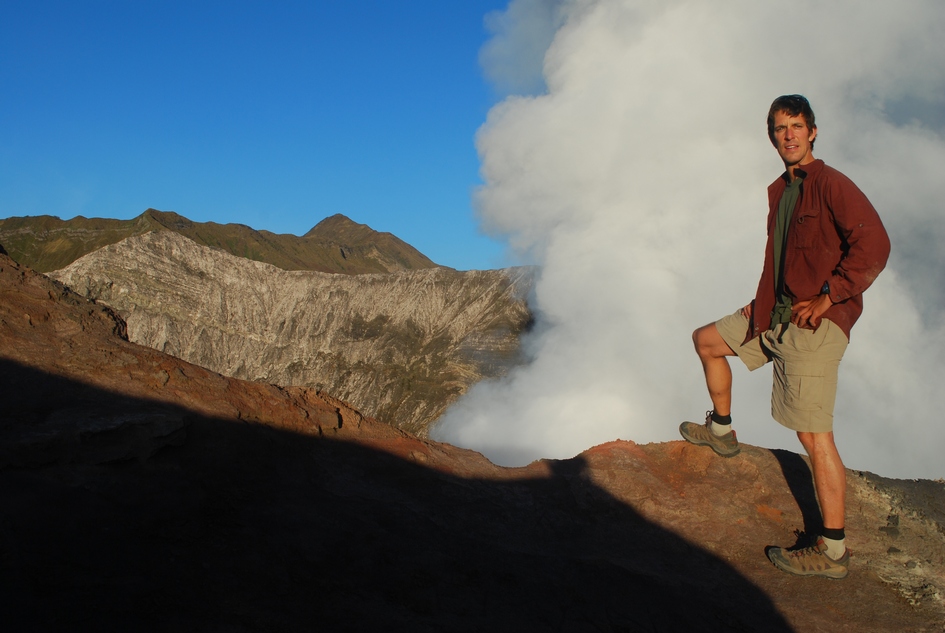 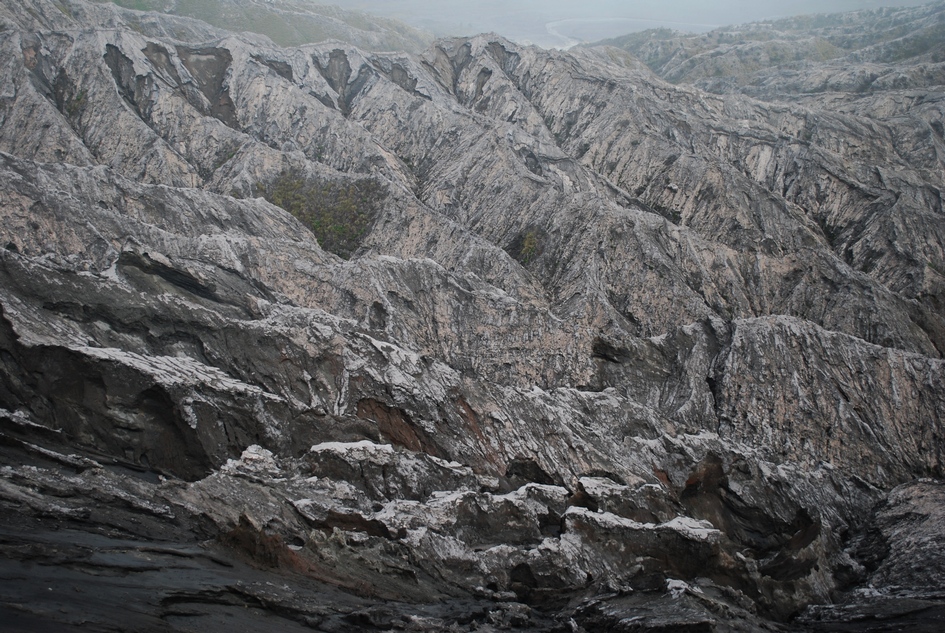 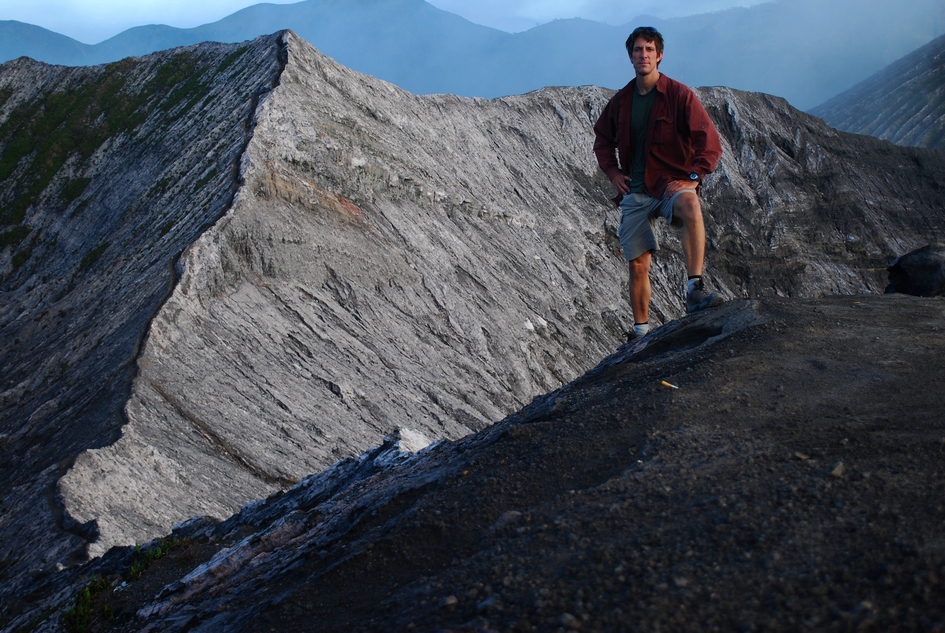 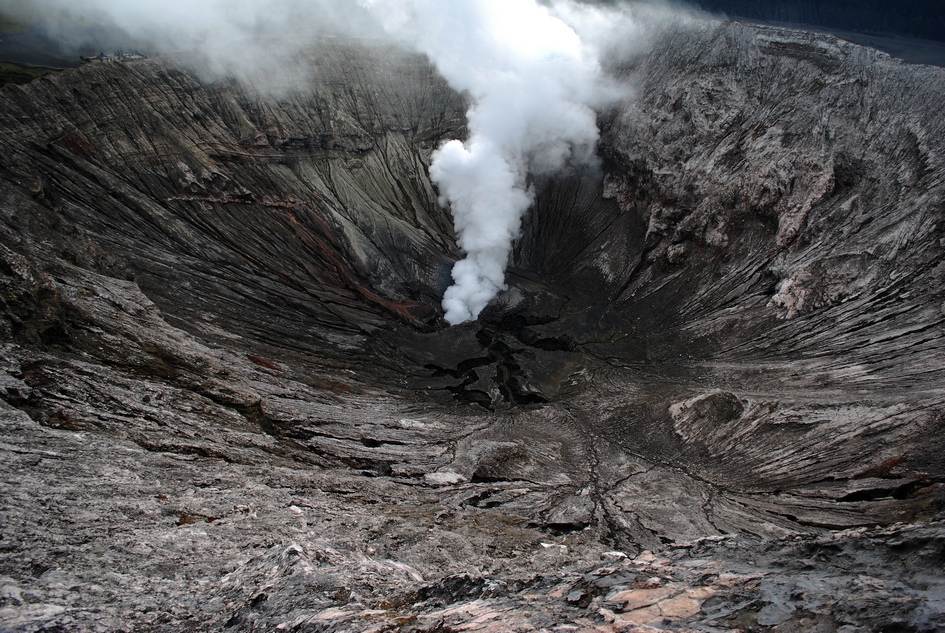 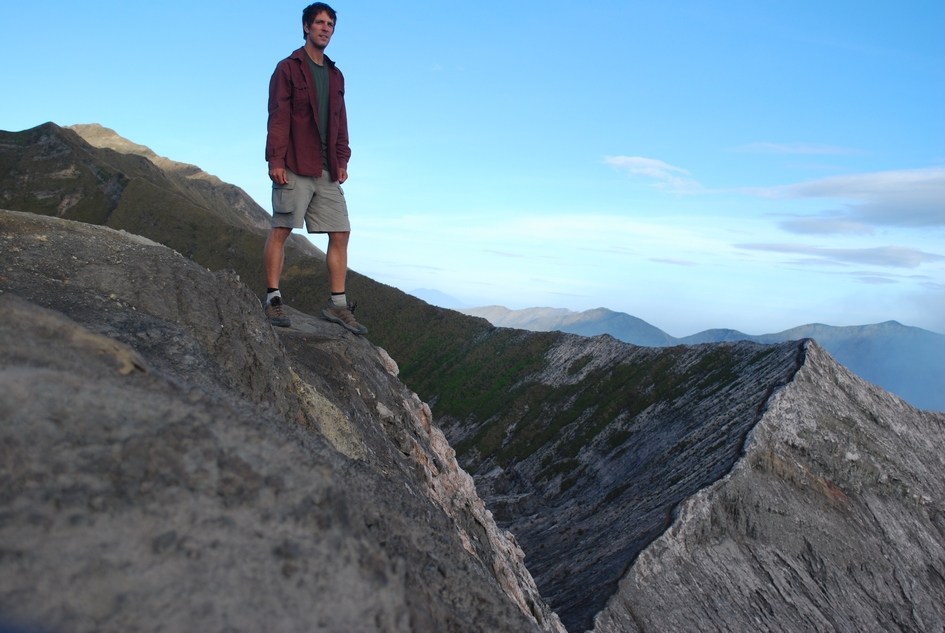 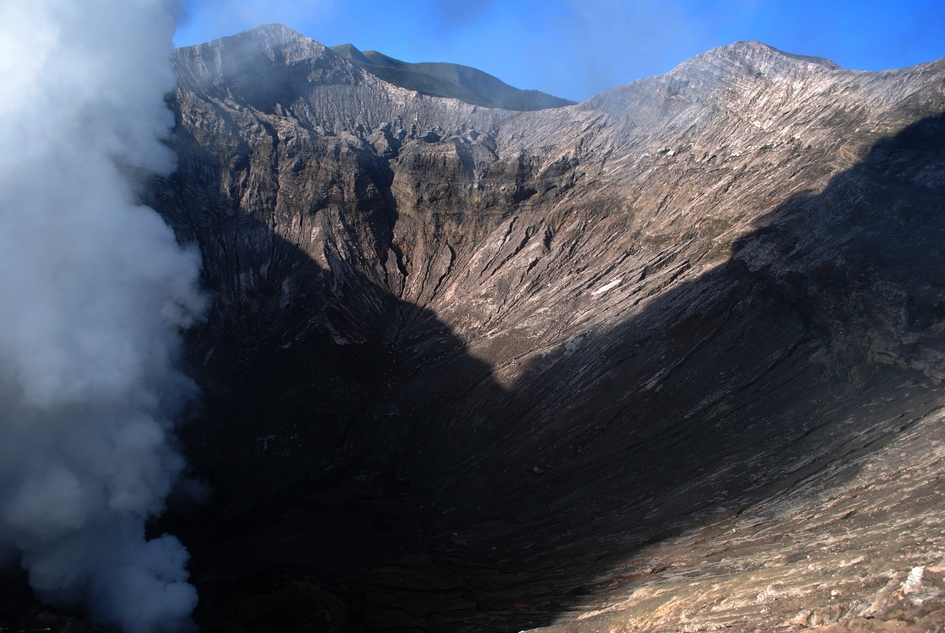 Afterward, I packed up the bike and headed east to Bondowoso. It is billed in the Lonely Planet as one of ‘the cleanest towns in Java’. We shall see. The nearby area is dominated by volcanoes (shocker) and coffee plantations. The most notable attraction is the Ijen Plateau. At one time it was an enormous active crater (134 sq km). It now contains three volcanoes: Ijen (2368m), Merapi (2800m), and Raung (3332m). I was going to drive there this morning but decided to take a breather. Today I will do nothing, nothing except wander around this town to see what there is to see. The crater is two hours away so I might do a dry run to make sure I can find it in the dark of early morning. A hotel employee gave me some slightly baffling directions to the plateau so it might be best to verify the route.

Last night I went for a stroll in search of Tapai (pronounced tah-pay). Tapai is a sweet-and-sour snack made from boiled vegetable roots. I know how it sounds but it is actually quite tasty. However, it is not adequate for a meal by itself so I stopped at a food cart on the side of the road near a park. Lunch had alluded me so by 6pm I was ready to eat my shorts. I doubt they see many tourists so, as is often the case, they were just about tripping over each other to serve me. It felt a little like I was in their home, which is not an altogether inaccurate description. At night the whole family hangs out around the cart and pitches in. I had three pieces of chicken, a bowl of rice, vegetables, fresh orange juice, and a coffee. Grand total: $3 US.

Ordering that much food often perplexes the locals, here as well as in many other countries. This morning I ordered two portions of scrambled eggs and the waiter behaved as if I’d asked for every item on the menu. I should have. The fact is I cannot eat enough here. Between living on the road and the portion sizes I’ve dropped about ten pounds. I am trying to force myself to eat more. Rice does not cut it. It might be filling but the nutritional value is nil. So I do things like order the better part of an entire chicken.

The swine flu is a bit over the top, eh? Oink! I’ve read that Egypt is committing an act of piglet genocide. Asia is installing thermal scanners. The US is closing schools. Dog and cats are moving into together. The list goes on and on. Not surprising considering the WHO is predicting a pandemic. The part I find most interesting is the revelation by experts that most of the measures are useless or at least of dubious merit. It appears that Ms. Piggy has gone into hiding for no reason as no evidence exists that you can catch the bug from being around pigs or eating pork products. They are actually deciding whether or not to rename the flu so as not to draw an unnecessary correlation with swine. I vote for ‘taco flu’. It started in Mexico, right? We can call it the chimichanga epidemic of ’09. Or how about the ‘asshole flu’ as it appears that people are overreacting a bit and acting like a bunch of assholes. I think I’m running a fever.

There is something I’ve been meaning to bring up for some time. Whenever Indonesia is being described on TV or in the travel literature the title “most populous Muslim country in the world’ is usually one of the first things mentioned. Although accurate I think it is a tad misleading. This is not the Middle East. This is not the Islam of Mecca and it is certainly not the Islam of extremist lore. That is not to say they are not fairly devout, only that they are not unyielding and intolerant. Churches and mosques exist virtually side by side in many cities. Bali is a great example of the phenomenon I am trying to describe. Yes they are technically Hindu, but Balinese Hinduism is a far cry from the brand found in India and other parts of Asia. Their religion has many layers and is intermixed with a variety of beliefs, many of which emanate from their particular culture and history. It is an amalgamation if you will. The situation appears to be similar with Islam and the various Christian sects. They are true believers but the core is much more complex than the surface. And, most importantly, they are tolerant, generally speaking that is. This is not to say that tensions do not flare and that Indonesia is immune to all the conflicts that exist in any country where a single religion is not ubiquitous. You need only point to the Maluku Islands at the end of the 90s to see that. Of course with that conflict, as in similar ones, there is always some debate about how much of the strife was religious in nature. And it does appear that some fundamentalist elements are gaining a bit of ground in some areas but this is the exception, not the rule.

But for the most part it does seem to be fairly harmonious. And as far as traveling here I would not hesitate to recommend Indonesia to anyone willing to rough it a little (Depending on where you go, there may be no need to rough it at all). The people are extremely friendly and welcoming. Not quite the picture portrayed in the media. Of course, the Bali bombings did little to counteract the perception. It is too bad that those are usually the only types of events that draw international media attention. What draws less attention is the fact that such extremest acts are more often than not carried out by foreigners.
Posted by Rich at 11:00 AM