April 4th, 2009 - I met an 84-year-old American gentlemen from Rochester, NY at the hotel in Senaru, Lombok. Rochester is four hours or so from where I grew up. Small, small world. 84-years-old? Seriously? Stupendous. I hope if I am lucky enough to live that long I can still be a globetrotting maniac. Crazy. I really wish I would have had time to speak with him longer but I was just leaving. I bet he has some stories. Guess I'm too busy writing my own.

Another detour. Getting sidetracked appears to be a hobby of mine. I was convinced to go to Kuta, Lombok before heading off to Sumbawa. The persuasive argument may have been in French. I’ll let you fill in the blanks. Best laid plans of mice and men. Kuta is a lovely place and the antithesis of the city with the same name in Bali.

Kuta, Bali is an over-touristed wasteland of discotecs along side a dirty beach. Kuta, Lombok is quite the opposite. The majority of people who make their way here are surfers. The beaches are beautiful and for the most part empty. It is an excellent place to chill out. Too bad the vibe won’t last. They are building an international airport in nearby Praya. When completed this place will be transformed. I am glad I am able to see it now. 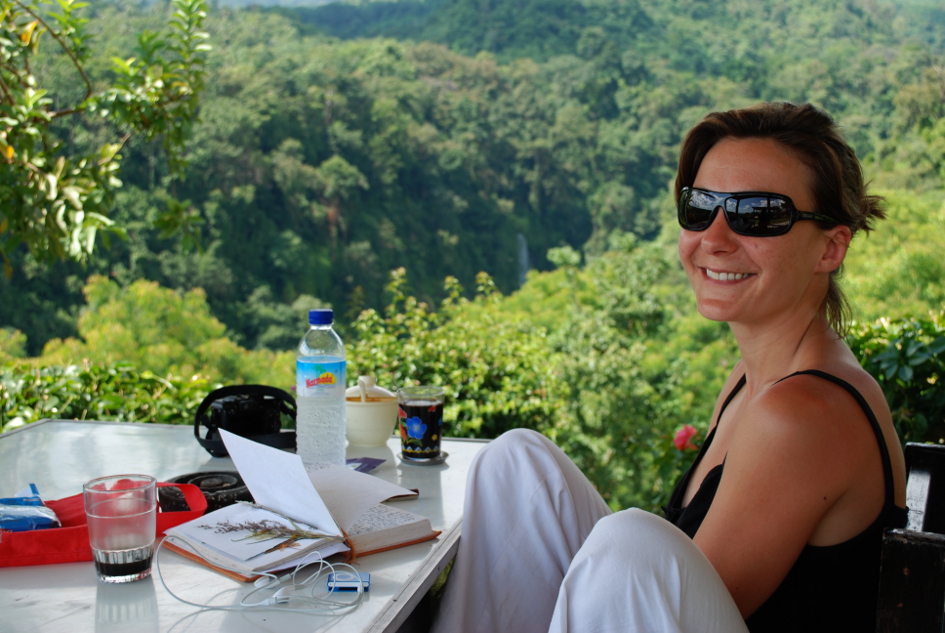 So for the most part I’ve been squatting on the beach and going for motorcycle rides in the area. There are worse ways to spend your time. I was recently offered a chance to return to Iraq for work. I think I would rather fling myself into a wood chipper. F that!!!

So it appears that it was the altitude on Mt. Rinjani that took the wind out of my sails after all. I guess spending all of that time at sea level was not the best preparation for a 12, 000 ft mountain. Imagine that.

Riding my motorcycle around town is a little like riding through the streets of Rome on a golden chariot during the height of the empire. Folks, especially males, love the thing. They are under the impression that it is a super expensive motorcycle. Of course it is pricey for them but they think it is on par with a Harley. Some guy today asked me if it cost the equivalent of $20,000 US. Not quite. I’ve started telling people that the bike belongs to a friend and that it is merely a loaner. Perhaps they may not be so quick to assume I am a mega millionaire. I came out of a shop the other day and there is a guy sitting on the bike conveniently refusing to acknowledge my existence. Remember when you were a kid pretending to drive? The only thing missing was the Brrrrrreeeehhhhhhh motorcycle sound coming from his lips. I let him have his moment but it was a little uncomfortable. I felt like the rich tobacco baron island owner that dazzles the locals with ostentatious displays of wealth. How dare he lay his grubby hands upon my chariot!!

Another gentlemen asked me if he could take it for a spin. I stuck with the ‘bike is not mine’ story. It's not easy being the 'shit'. Maybe I will start signing my e-mails with that.

Honestly, you'd think I was traveling around on a hovercraft for all the attention I receive. I believe it to be fairly innocuous but there is always the possibility less honorable types in the area are just waiting for a chance to purloin my hog. Then again, where the hell would they hide it? Maybe having an uncommon bike is a godsend as getting away with left is a virtual impossibility. This might help dissuade those from lpilfering parts as well. Or maybe I've just been lucky thus far. Dunno.

I’ve been having an issue with water in my carburetor. When it builds up I have no power whatsoever and then it stalls. While I was stopped along the road a couple of locals came out to lend a hand. They drained the water and made sure it was running well. Just another display of Indonesian magnanimity. For the most part they are incredibly friendly. I sat down and had a coffee with my new friend and bought him two packs of Marlboro for his trouble (grand total of $2 US). I am not really comfortable handing out cigarettes but I figured that was not the time to champion a stop smoking campaign. Glad to see Big Tobacco has moved on to killing the third world. Everyone smokes. The other day I saw a three year old standing on a corner with a cigar in his mouth. Okay, I made that up but it is not far off.

Soon I will make my way to Sumbawa.....probably. As I mentioned in my last post no one seems to think there is much reason to go there and that it is merely a necessary hurdle to reaching the island of Flores by land. In fact, there is very little information about the island in the Lonely Planet. Apparently, only surfers really make their way to some parts of the coast. The general reaction is, “Why the hell would you want to go there?”. I am hoping to uncover something of interest. I know there is a volcano to climb but getting there can be a real hassle. We shall see. I think I will depart in the next day or two. Maybe.

Not surfing here is like going to Vegas without money. I feel like a loser. My hair is getting long so at least I resemble a surfer. I am also losing all my ambitions so I've got the attitude down pat. All I need to do now is conquer a half pipe or two......dude!

I have been taking Doxycycline to kill whatever has been ailing me. One of the unfortunate side effects is the resulting sensitivity to sunlight. I have sunburn on the tips of my big toes and also on my knuckles. That's right, I have the dreaded toe and knuckle burn combo. What next? Maybe if I stand just right my eyelids will burn as well. 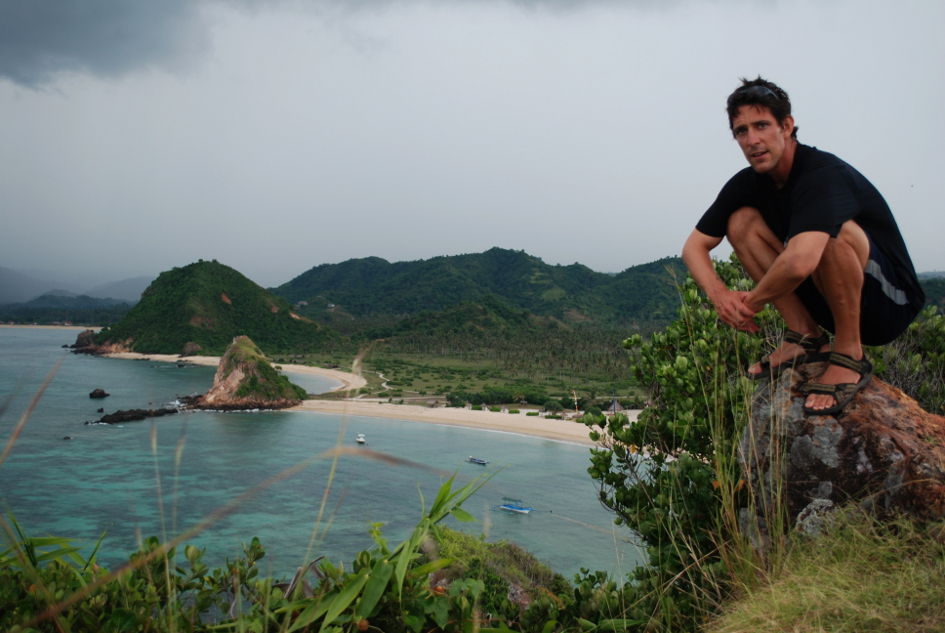 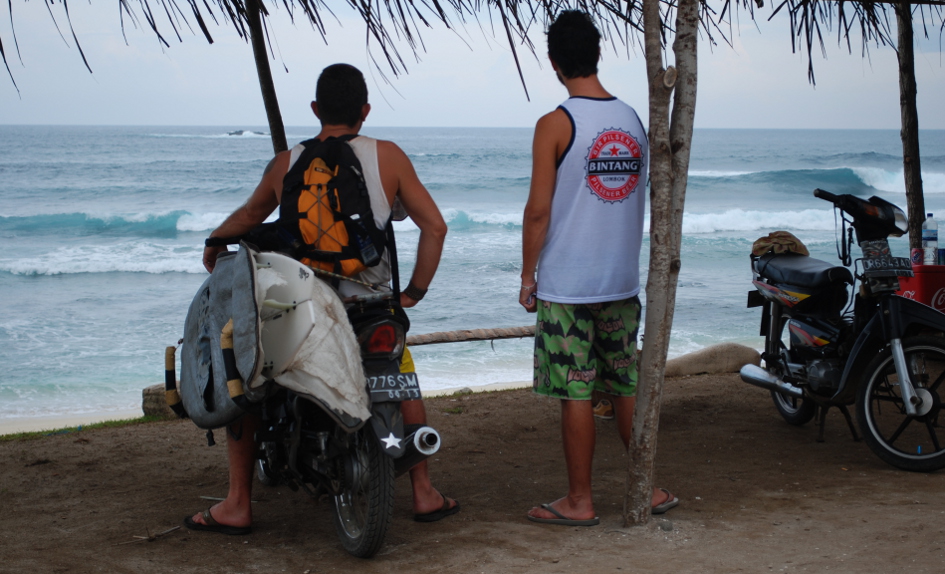 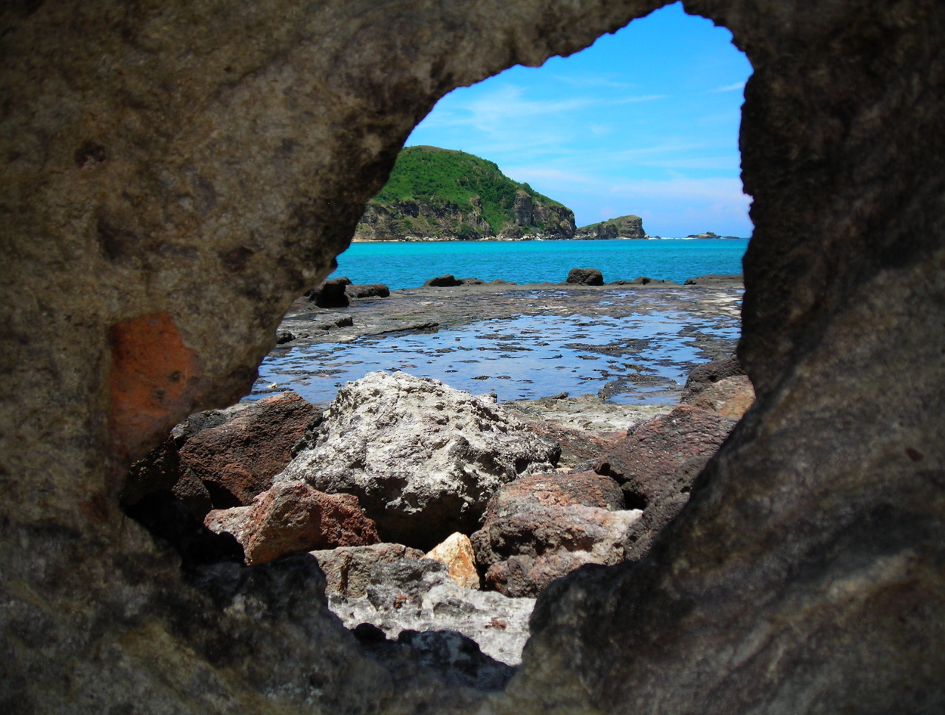 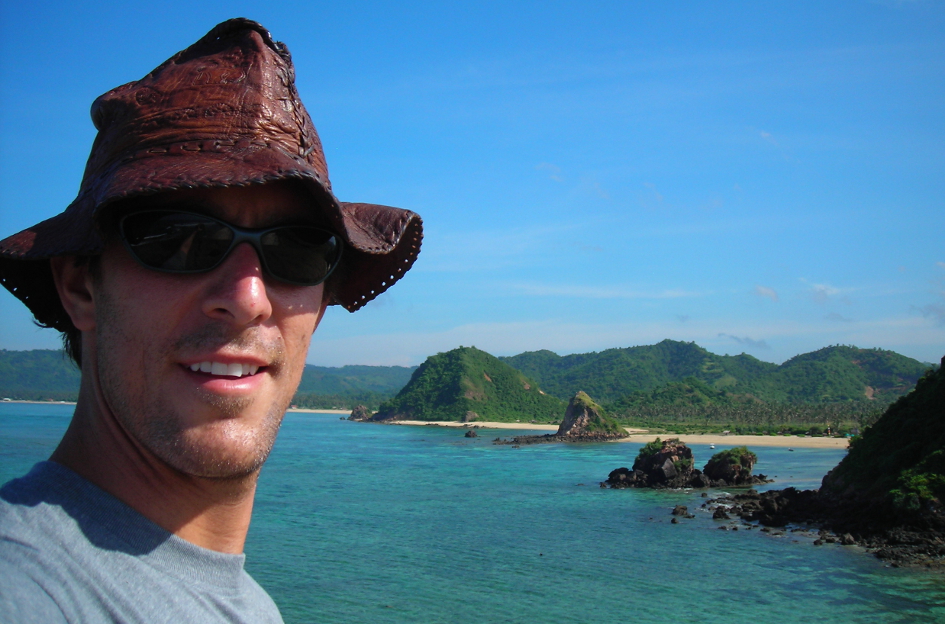 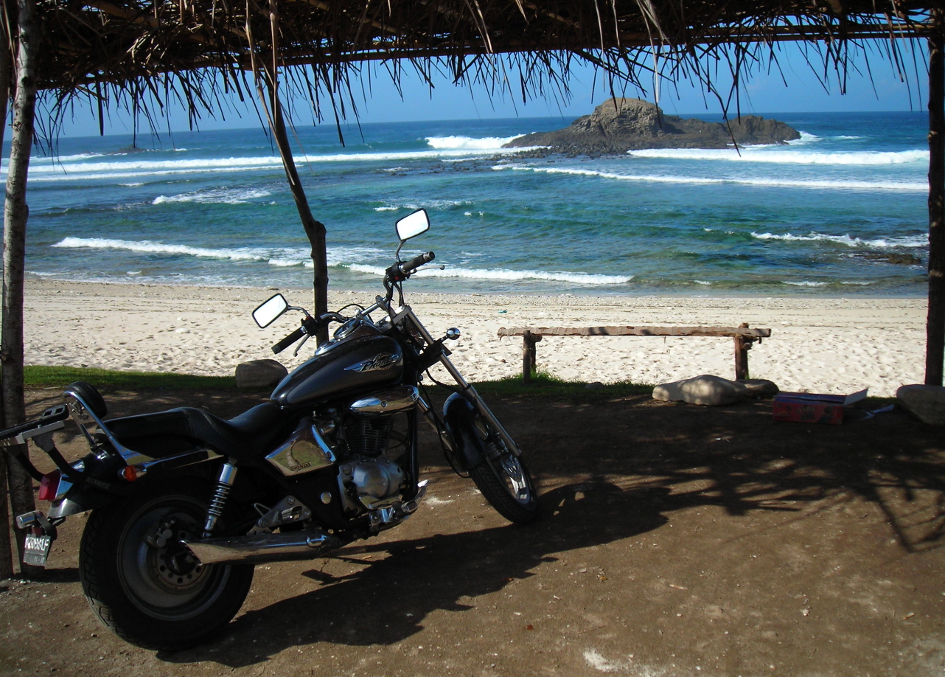 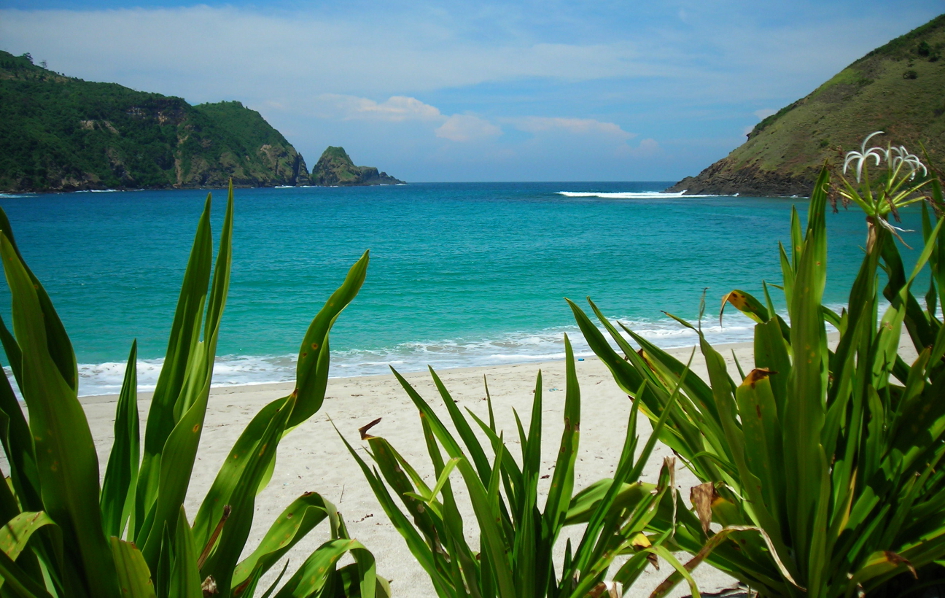 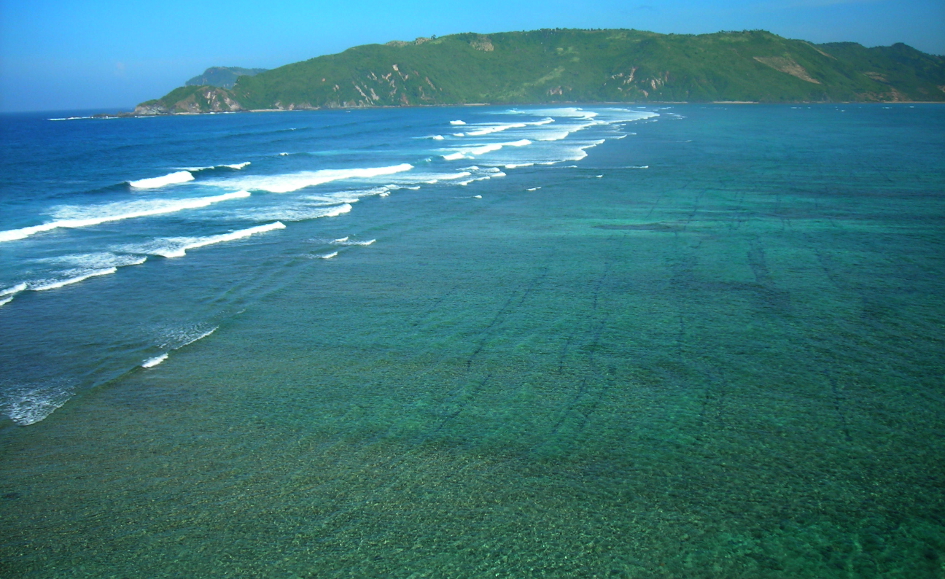 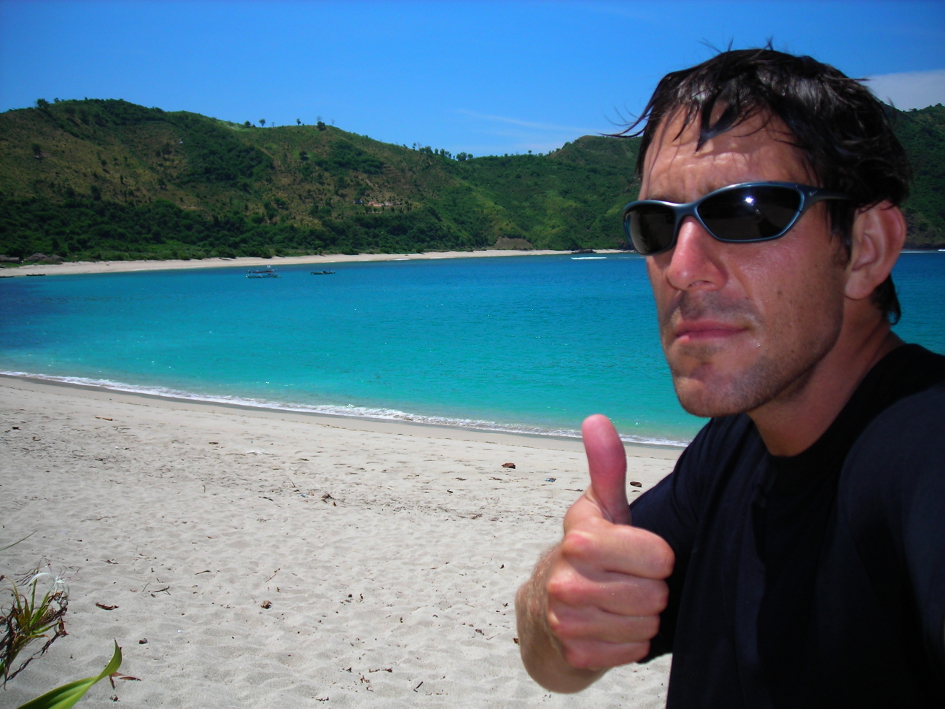 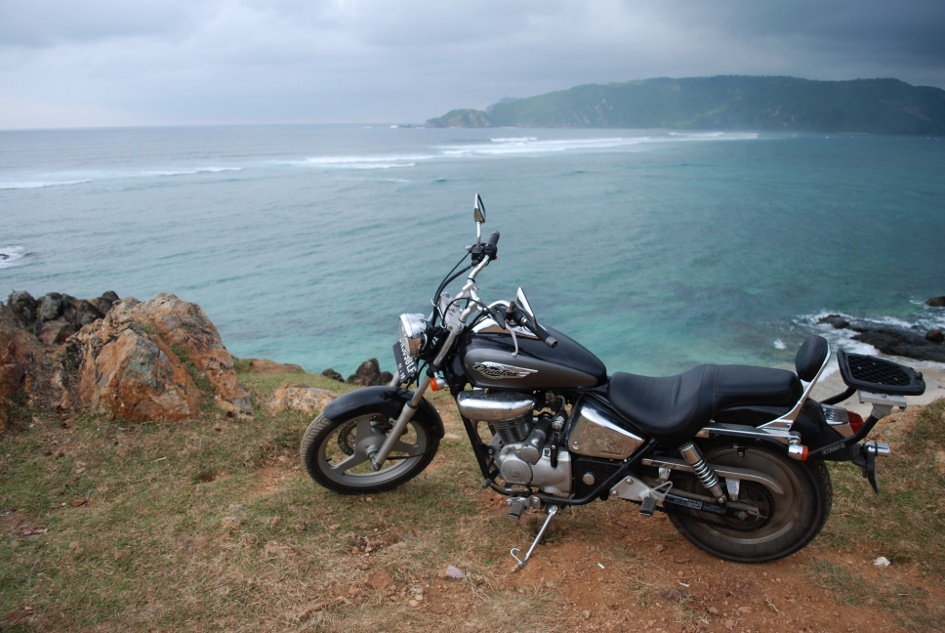