Feb 5th, 2009 - Today I met up with Ketut again (see Jan 27th). He had offered to take me to a cremation ceremony and although I was hesitant at first my Bali Aga Death Extravaganza pushed me over the hump. I doubt this could be more morbid. Well, it didn’t happen. Apparently, there was a scheduling conflict with another ceremony so the cremation was postponed until Feb 14th. I am not sure I really understand that. Where is the recently deceased being stored?

Under a Banyan tree? How does someone not foresee the conflict? “Sorry, Wayan is just going to have to wait. The Harvest Spirit is pissed and we need to appease that ornery prick, pronto. We’ll torch your brother next week. Is the 14th good for you? Put him over there under the tree. And burn some incense, would ya?”

So instead I spent half the day hanging with Ketut. We drank coffee, ate a bit of lunch, and then he took me to a nearby temple for a look around. I am not templed out yet but I imagine I will get there. This happened to be a particular beautiful one so it was well worth my time. This particular temple was ‘functional’ as well. It has a badminton court.  Badminton is huge in Southeast Asia…..real huge. 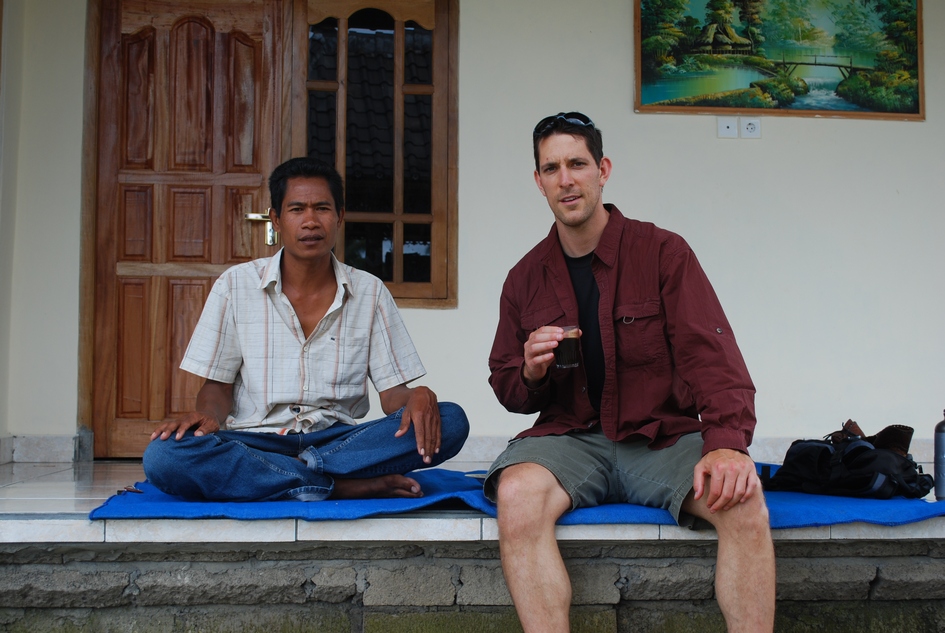 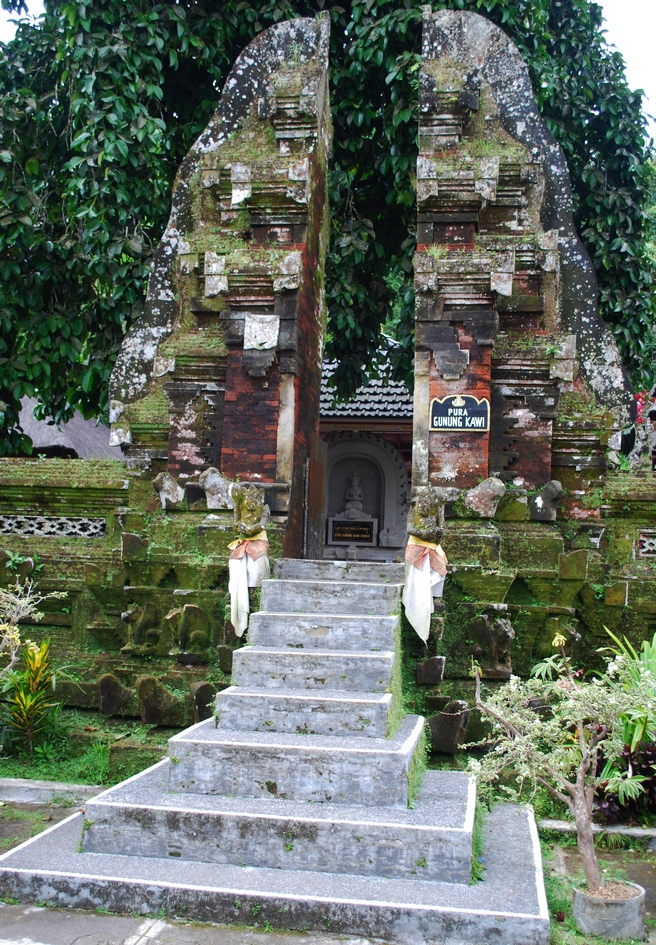 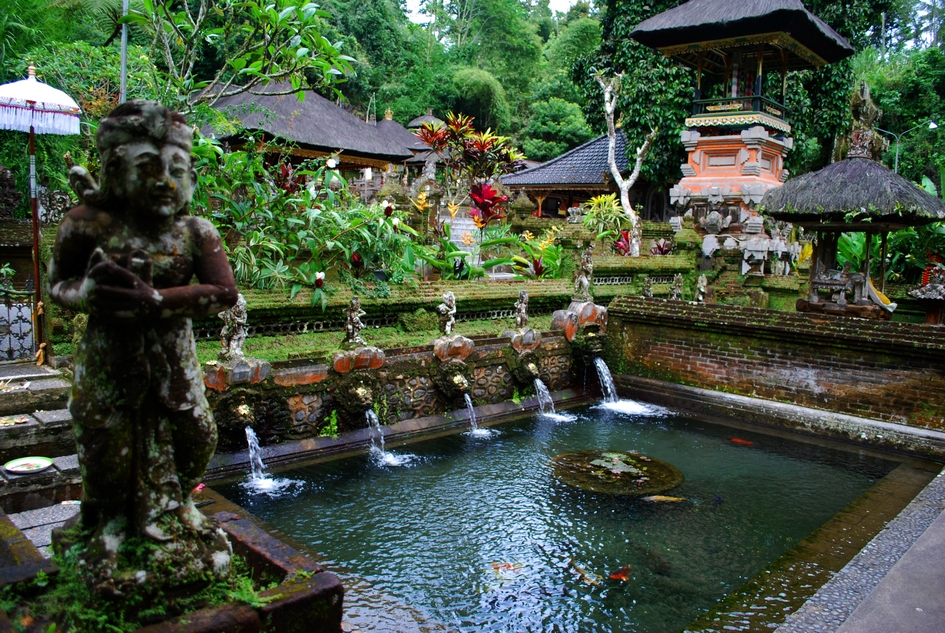 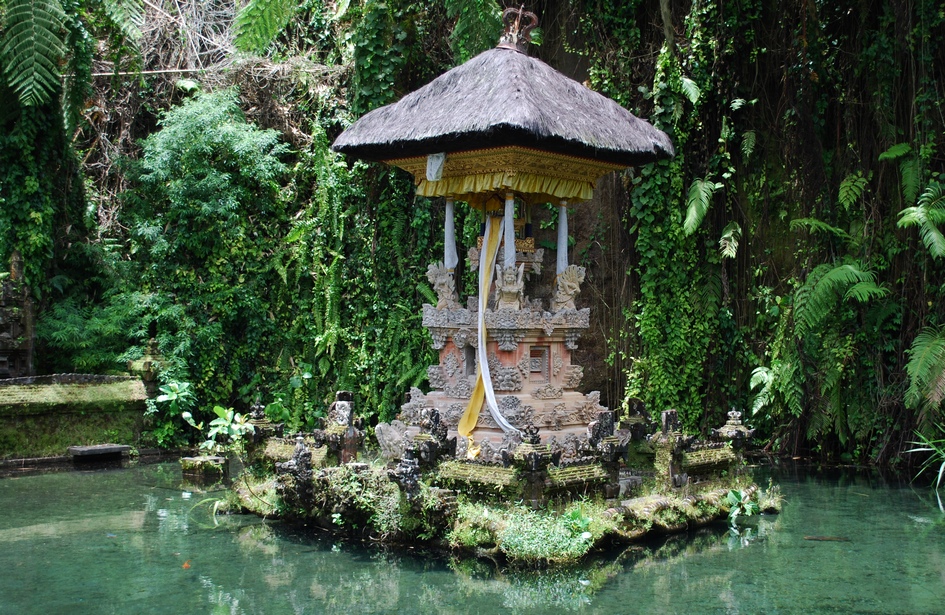 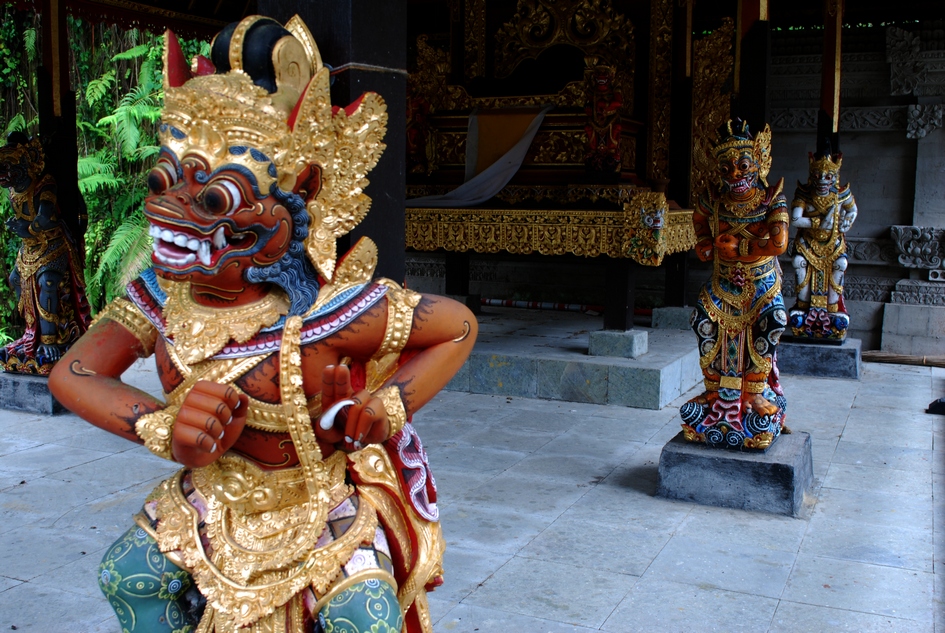 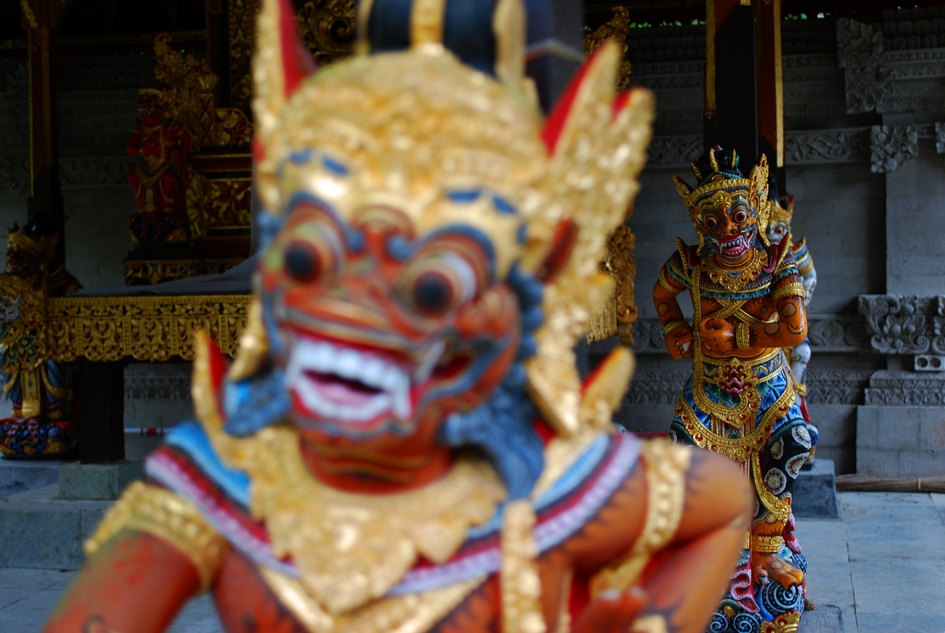 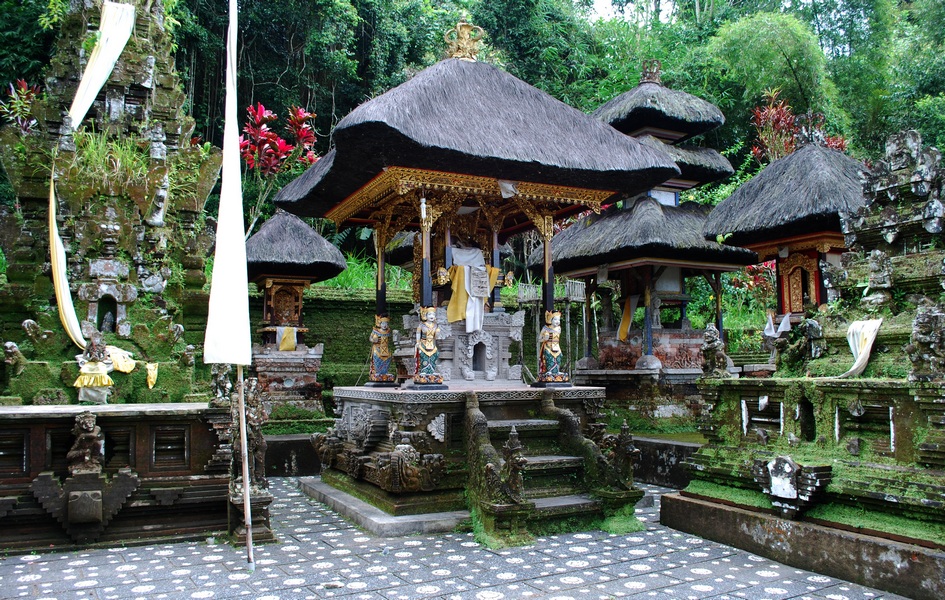 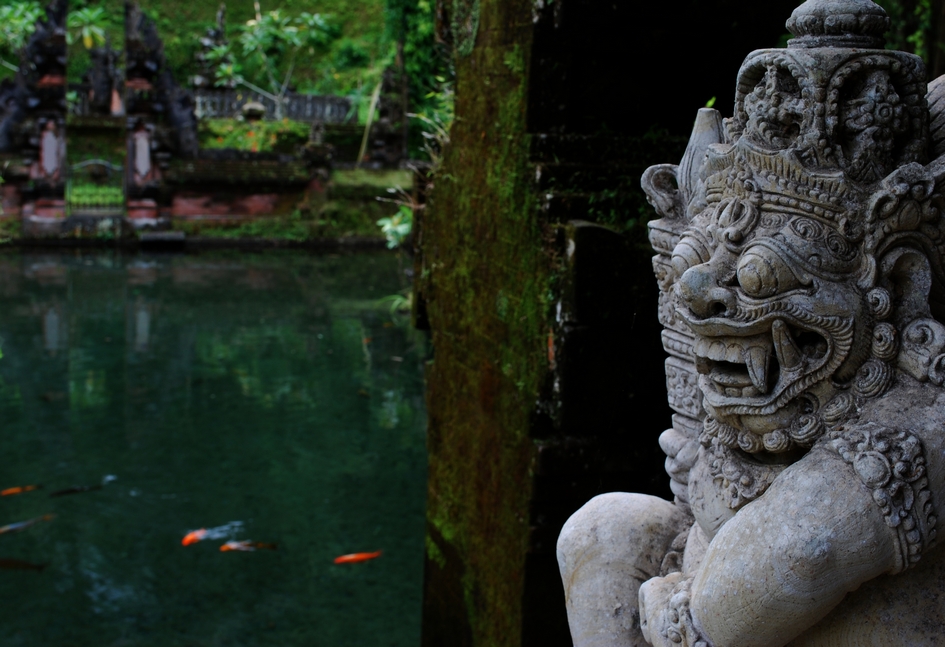 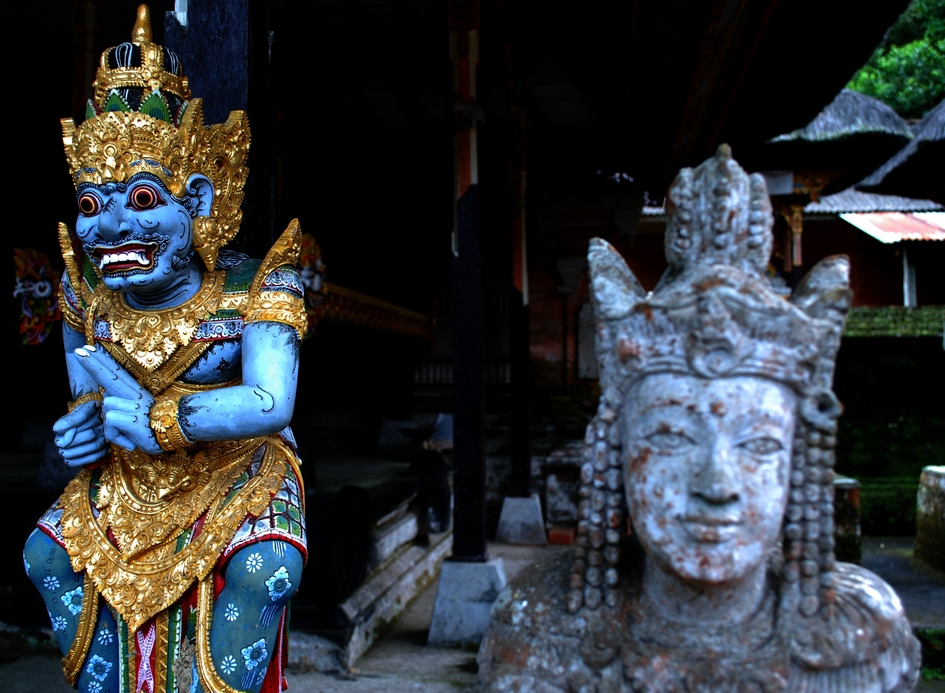 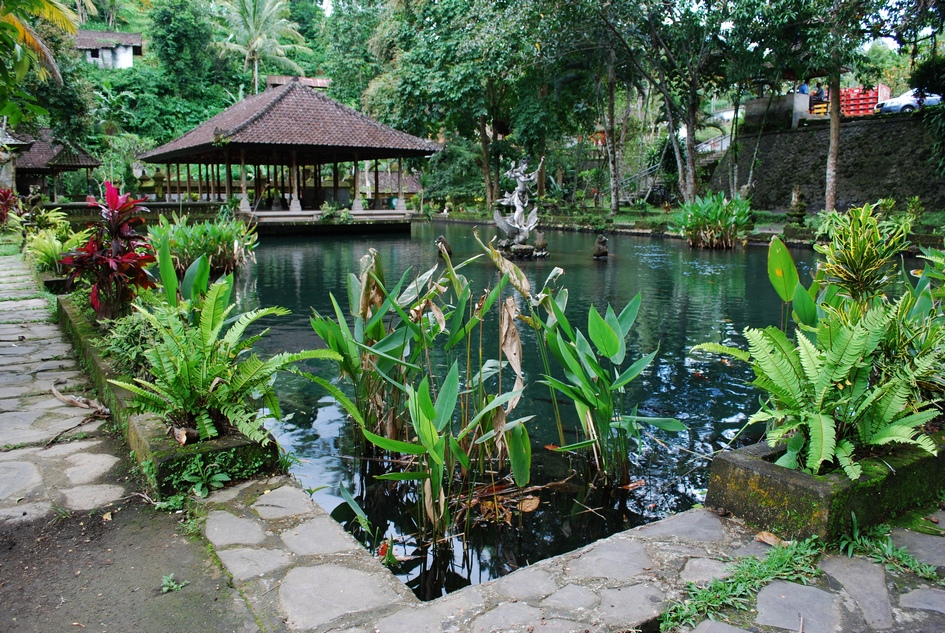 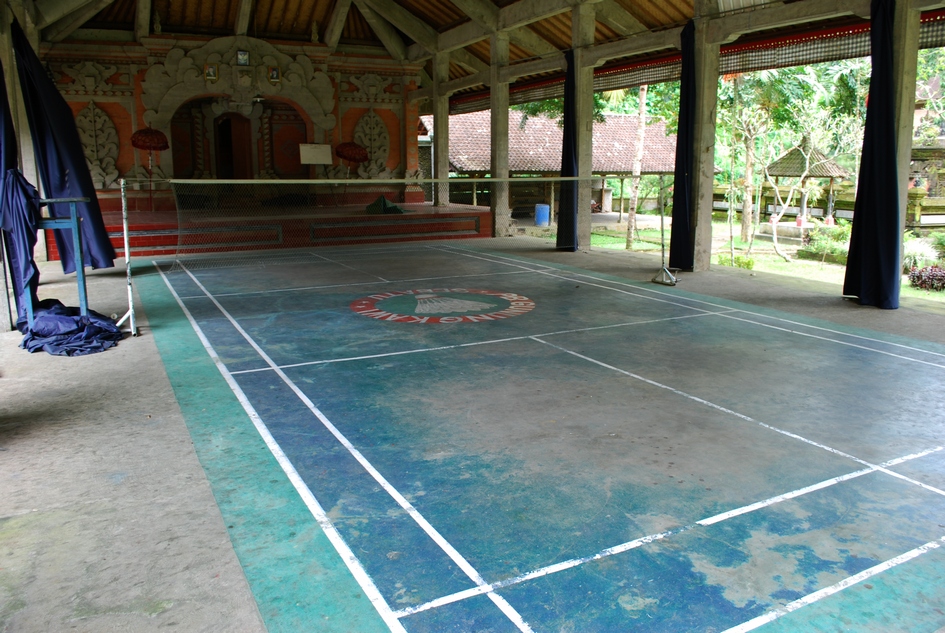 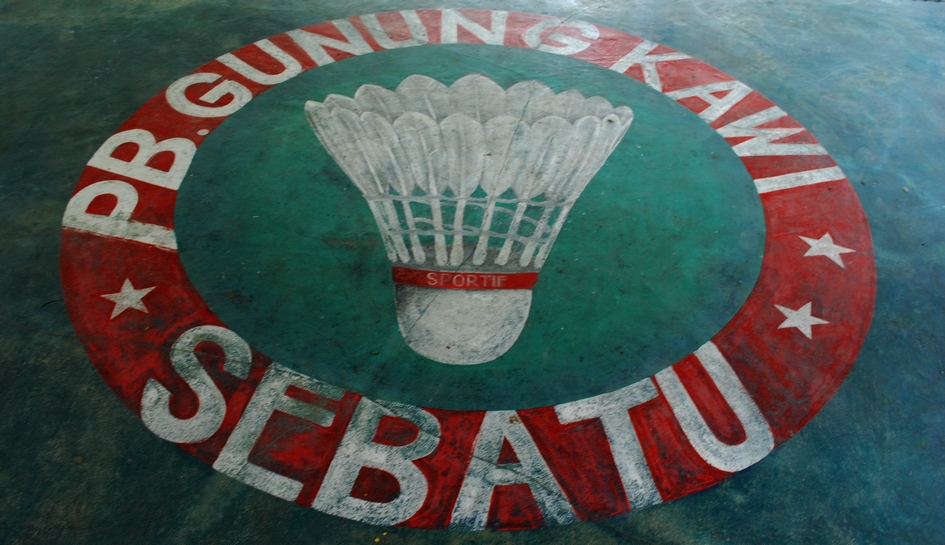 Ketut drove my motorbike while I rode on the back. I don’t think he trusts my driving. Who could blame him? It was refreshing to find a Balinese person driving cautiously and with deliberation. They do exist.

Now the truth is Ketut is extremely nice (as are the Balinese as a whole) but I must admit that it does not come without some expectations. He is hoping that I will buy some of his wood carvings and, of course, it is only fair to pay him for acting as a guide. I have no problem with this it is just that sometimes it is hard to tell how much of the friendship revolves around money. I do not hold this against him or anyone for that matter. He is only doing his best to provide for his family in the face of the ever present danger of an economic downturn and impending poverty. Almost the entire Balinese economy revolves around tourists dollars so everyone wants a piece of the action. It is surprising that they are still able to maintain such a pleasant disposition in the face of potential profits and seem to defy the monetary corruption associated with other third world destinations. I guess what I find unsettling is the reality that there will always be an unbridgeable gap between me and someone like Ketut no matter how close we may become. This is necessarily the case when you have two individuals from such disparate backgrounds. I suppose the only way to overcome this barrier (to the extent possible) is to completely immerse yourself in a voluntary role, like the Peace Corps. Perhaps by living side by side under identical circumstances one could build a true bond. I have the utmost respect for those undertake such an endeavor.

Have I mentioned the driving? I saw something today that was a bit much even for here. A guy riding a motorbike driving with one hand and holding on to a bicycle with the other while cruising tandem down the road. Really? Is this a good idea? Can you not find a better way? Just suck it up and ride the damn bicycle to wherever the hell it is you need to go. I have been driving here long enough to stop forgiving the locals for their driving faux pas. Don’t get me wrong, people drive like mongoloids in the USA but there I’m not cruising around on a toy motorcycle.

I went to see the Kecak fire dance once again. The dance is based upon an actual ceremony but was turned into a dramatic presentation with the help of the German Painter Walter Spies in the 1930s. Given the nature of the setting (i.e. uber-touristy Bali) it does not exactly reek of authenticity but it is still worth a look. 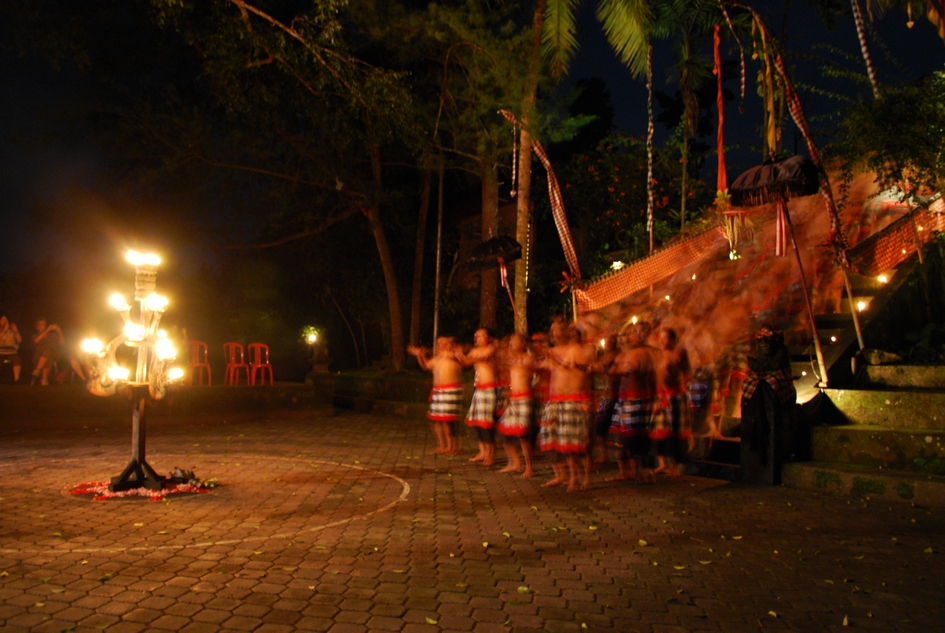 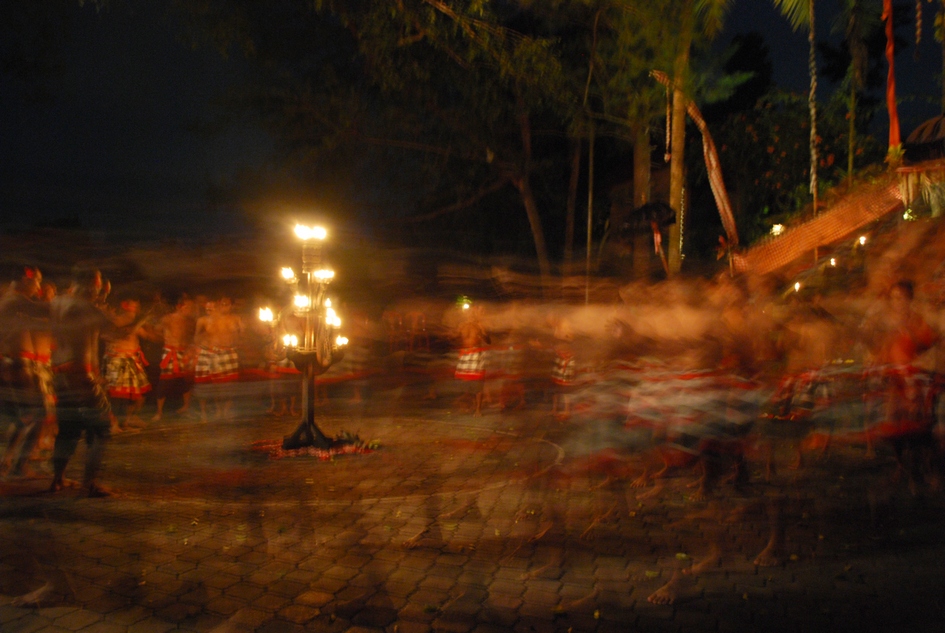 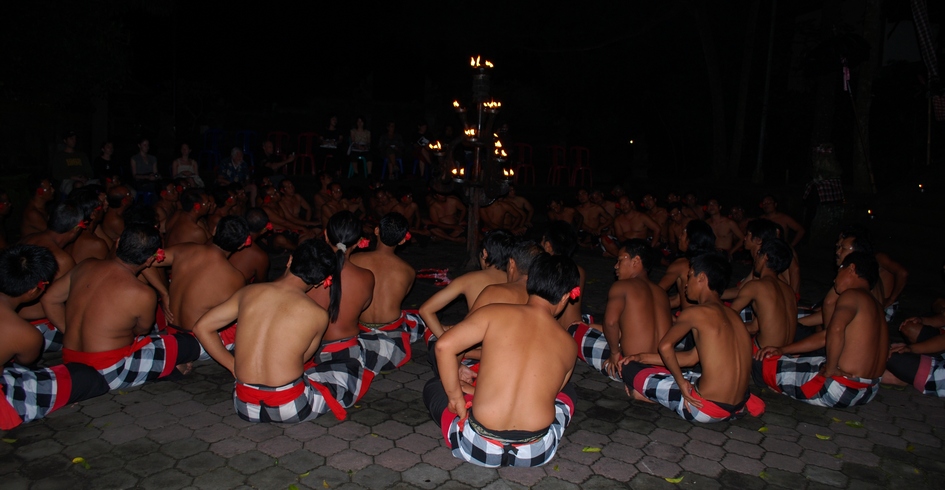 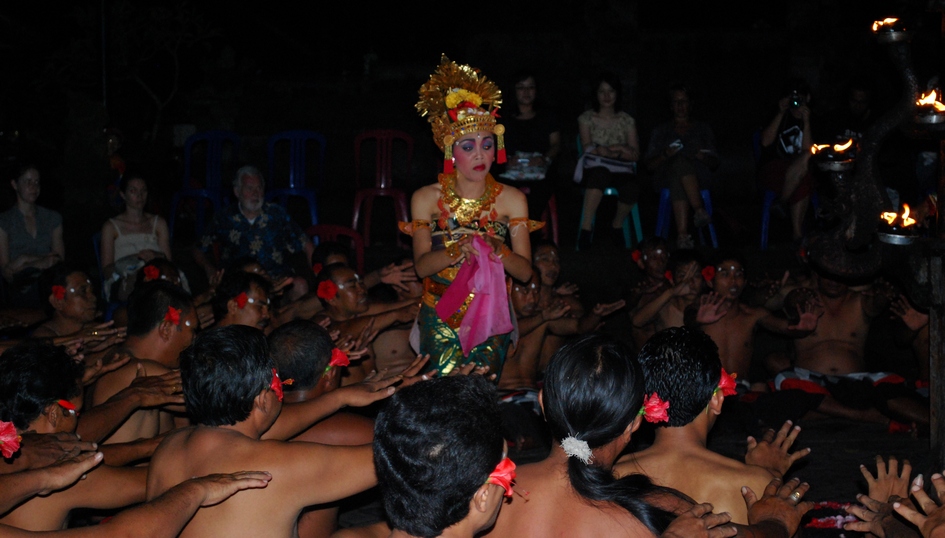 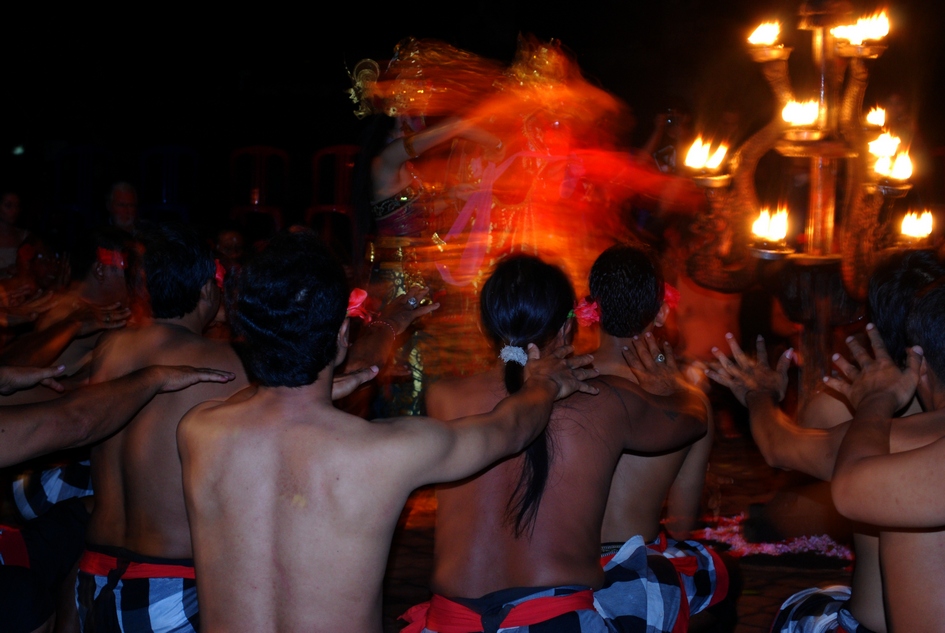 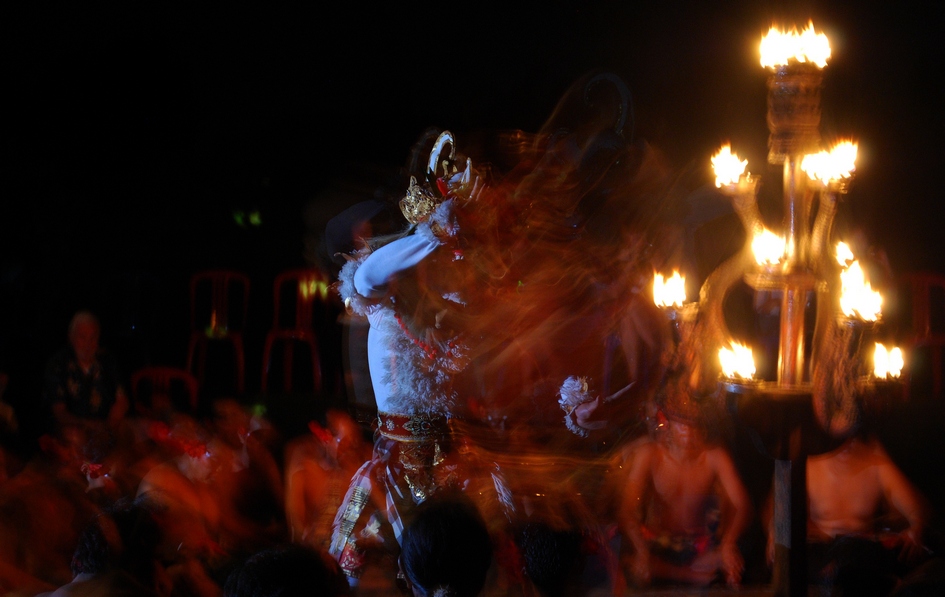